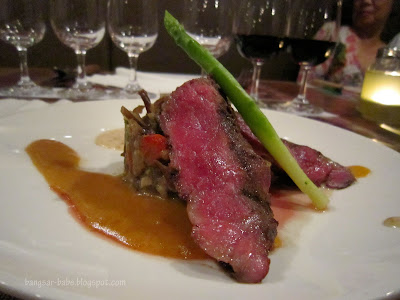 My first experience at Jake’s Charbroil Steaks wasn’t a pleasant one. rif and I went home feeling ripped off; service-wise, price-wise and food-wise. That was in 2008. I never went back to that restaurant, until a few weeks ago when I was invited by a friend for a wine tasting dinner.

This time around, my dining experience was more pleasant as the service bucked up tremendously (possibly because it was a planned event) and the company was good. Pre-dinner wine was an easy drinking De Martino Estate Sauvignon Blanc 2010. Not particularly memorable, but good enough to whet my appetite. 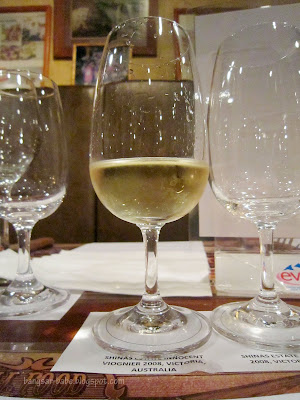 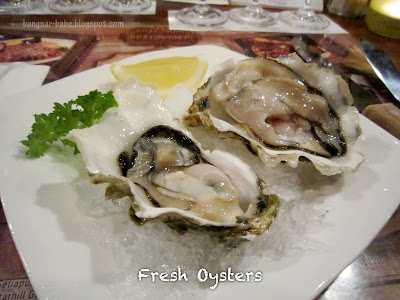 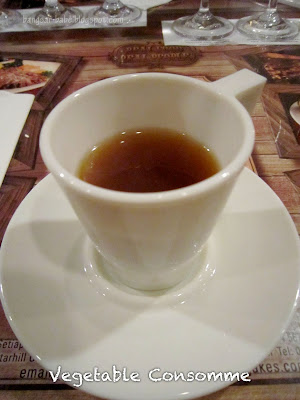 For starters, we had the freshly shucked oysters and vegetable consommé. The oysters tasted seemingly fresh and the latter was served in a mini cup. And by mini, I really meant mini. I finished this in two sips. Tastewise, I found the soup boring. 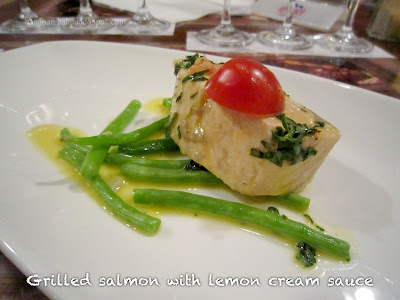 The grilled salmon with lemon cream sauce fared better. Paired with the Shinas Estate Innocent Viognier 2008, the fruity-sweet wine went nicely with the tangy sauce. It gave the dish a richer flavour. Without the wine, the salmon was just so-so. 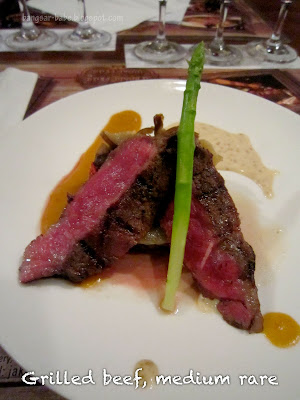 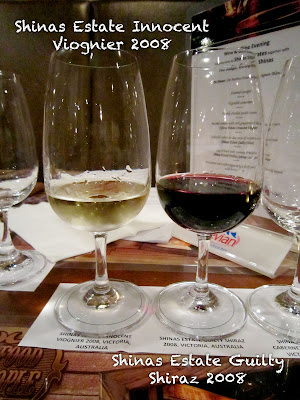 I enjoyed the second pairing — Shinas Estate Guilty Shiraz 2008 with Grilled Sirloin. This wine had a good nose and a vanilla-oak flavour with a peppery aftertaste. According to the sommelier, the wine had chocolate/mocha flavour but I didn’t taste that. My sirloin was cooked medium rare and served with two types of sauce (worcestershire-based and cream-based). To me, the cream sauce was a better fit. 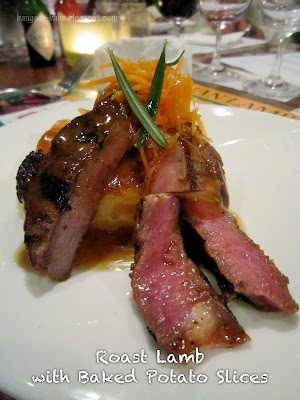 The roast leg of lamb was next; paired with the Shinas Estate Verdict Cabernet Sauvignon 2007. This was my favourite wine that night, and I had three refills. 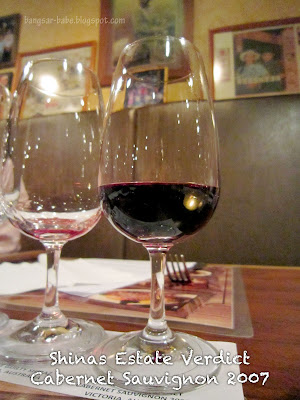 The wine had a lovely nose with a deep, fruity flavour. However, the pairing with lamb was debatable. I liked it better with the beef. The roast lamb on its own was delicious. Topped with Rosemary sauce, it was tender and had a layer of tasty fat. A pity portion was small for this. 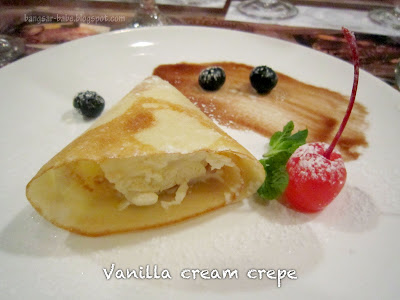 Dessert was a mascarpone cream crepe, which tasted more like vanilla cream to me. This tasted rather ordinary, if you ask me. One of my dining companions enjoyed this, because she liked cream fillings.
We capped off the meal with the much talked about Shinas Estate The Executioner 2007. While most people went “ooooo and aaaaaah” over this wine, I thought it was just ok. Production is small for this wine, so I reckon that increases the appeal for it. This was well-balanced with a resonating fruity flavour. 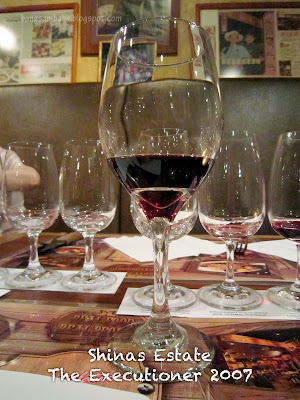 The food was decent and wines were good, but it really was the company that made dinner enjoyable. Come to think of it, it’s been a while since I’ve had wine — 2 weeks to be exact!
Jake’s Charbroil Steaks
Starhill Shopping Centre
LG11 Lower Ground Floor,
181 Jalan Bukit Bintang,
55100 Kuala Lumpur.
03-2148 1398
AlcoholDessertSteakWine Dinner
FacebookTwitterPinterestWhatsapp