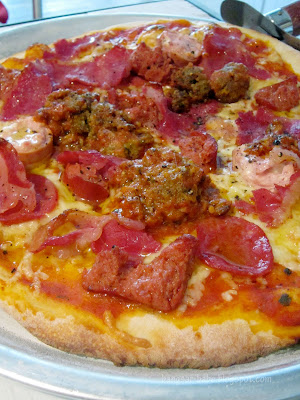 My food radar has been a bit blunt lately, causing me to make bad food choices and miss out on newly opened places. Ben’s General Food Store opened in Bangsar Village last Friday, and rif who spotted it sent me a quick MMS picture of the outlet. No prizes for guessing where we went for lunch the next day! 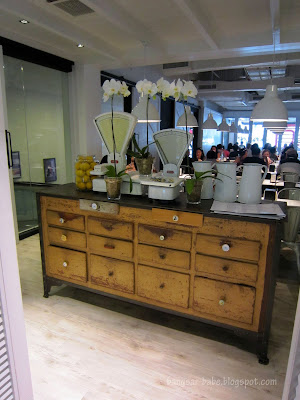 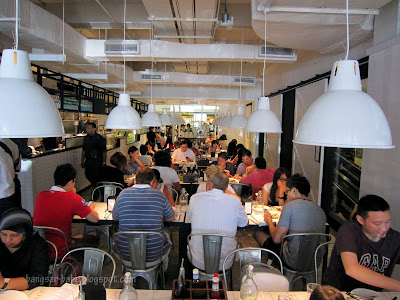 The place was packed. We had to wait for 10 minutes for a table to be empty. Truth be told, this place felt like a cafeteria, albeit a nice one. The long tables were placed really close to each other and the metal chairs felt slightly uncomfortable, especially if you have a bony backside like mine.
I could hear the Dutch man next to me talking about his computer-programming job, while his wife munched away on her button mushroom and barley salad. And the couple next to them talked about their travel adventures and their plans to visit Jakarta and Bali. That was how close we were seated next to each other. 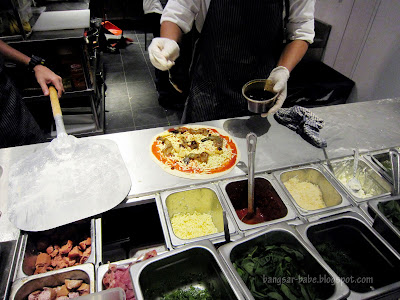 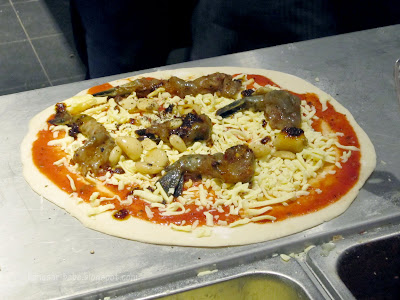 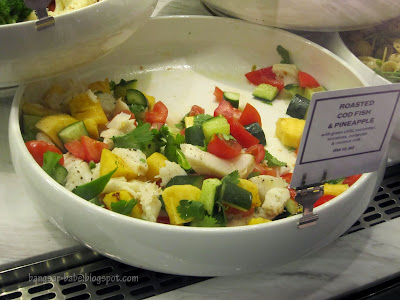 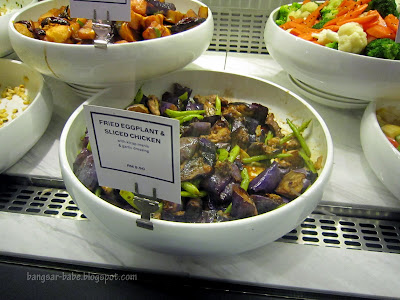 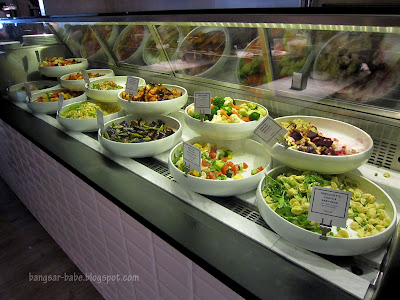 I scanned through the seemingly light menu and decided to order the heaviest thing I read – B.I.G Lasagna. See, I’ve never been a fan of salads and starting my Saturday with a meal of greens isn’t good for my mood. Imagine my dismay when the waiter told me ‘the lasagna is no more available’. 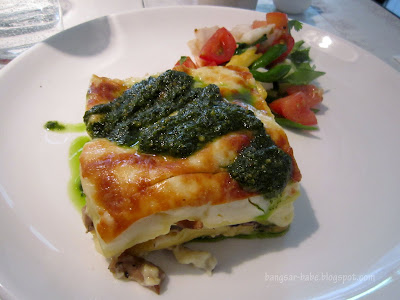 After further clarification, I found out that the B.I.G lasagna has yet to arrive at the outlet. Slightly annoyed, I ordered the mushroom lasagna (RM18.90) instead. This was a vegetarian dish but the waiter convinced me that it was as good as the meat version. 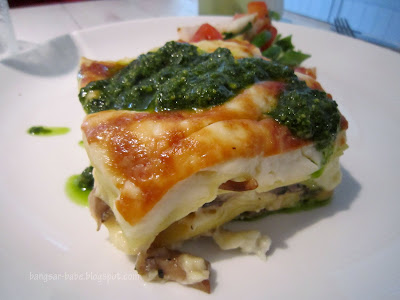 He was right; I was pleasantly surprised with my mushroom lasagna. The layers of oyster mushrooms, cream, pasta sheets and cheese were rich and gooey, with a good bite from the mushrooms. Portion was pretty generous and this came with a salad of your choice. 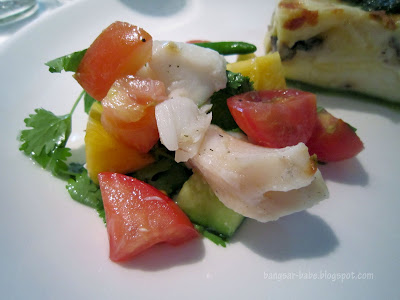 I opted for the pineapple and codfish salad, which turned out bland and boring. Like I said earlier, my food radar has been a bit blunt lately. A few drizzles of olive oil and shakes of pepper fixed it partially. 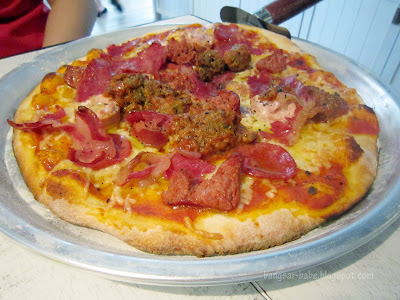 The menu at Ben’s offers a good selection of pizzas – both savoury and sweet. We tried the Il Carnivore Pizza (RM24.90) and loved it. Tomatoes, mozzarella, beef pepperoni, beef bacon, chicken cheese sausage and lamb chorizo on a thin pizza base made it a meat lover’s paradise. 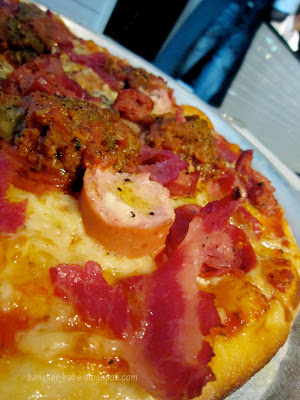 Each bite was meaty, cheesy, chunky and crusty. Expect a bit of smearing around your mouth. The couple next to us had the ruccola pizza which looked and smelt quite promising. 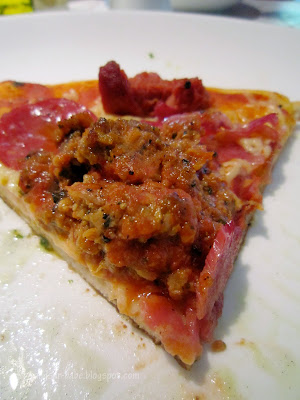 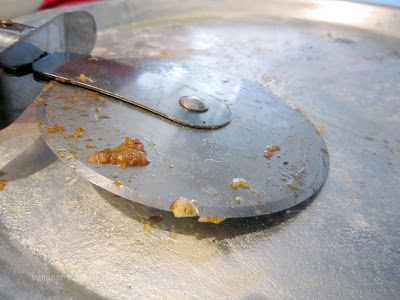 We polished off everything 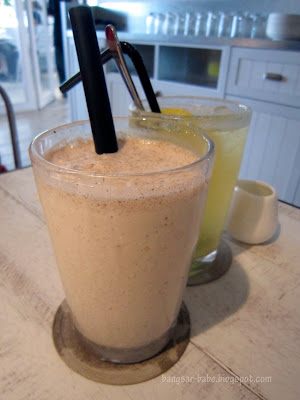 For drinks, I had the recommended Nutella Milkshake (RM9.90) while rif ordered the Ben’s Iced Tea (RM8.90). 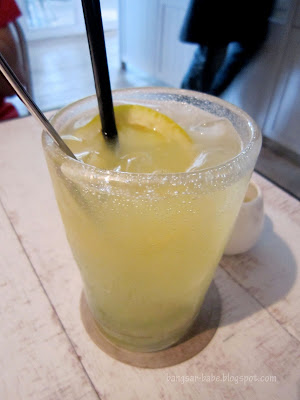 The latter tasted like a glorified ‘limau ais’ or lemonade — such a disappointment. I didn’t taste the tea in this iced tea. My milkshake was nutty, sweet and thick. It tasted good for the first few sips, but towards the end, it got a bit cloying and diluted. 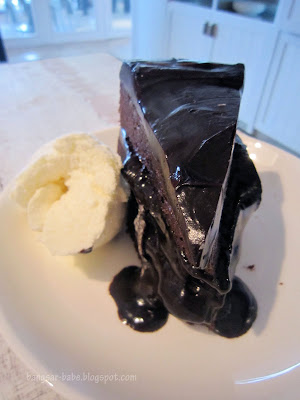 Our waiter recommended the classic chocolate cake (RM9.90) for dessert, but I wasn’t keen on it. I’ve been eating the chocolate cake at Delicious so often, I don’t want to order it at Ben’s. Good thing I did, for this was pleasure on a plate. Moist, chocolate-y and dense with layers of chocolate fudge in between, it tasted absolutely wicked! The scoop of vanilla ice-cream was a tad small for the large cake; maybe it’s the other way around. But the Chinese in me would rather have a bigger slice of cake than ice cream. 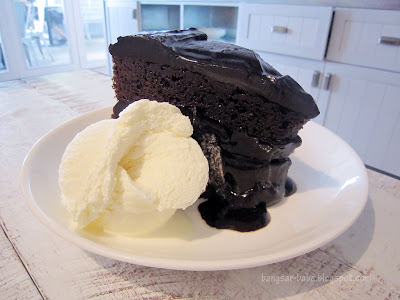 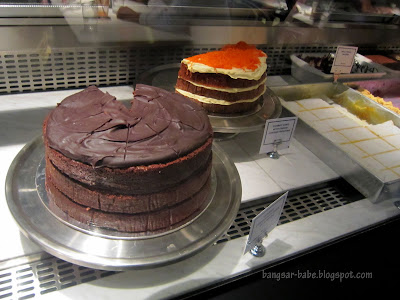 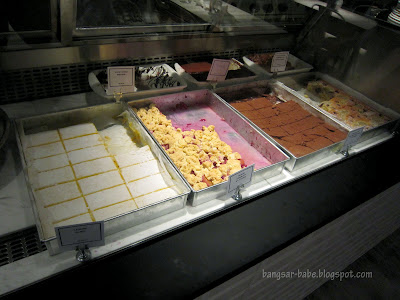 Since the place is new, a few things need to be ironed out. Service was quite friendly but rough around the edges. Ben’s is a good place to have quick and light meals. Portions are good and prices are moderate. I’m eyeing on their Sunday Roast (available on Sundays) and B.I.G Lasagna next. 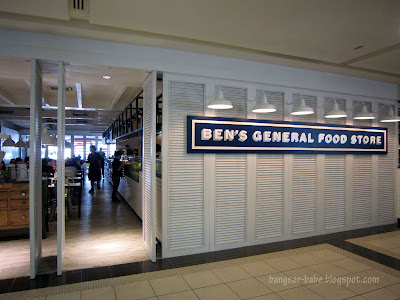