I know quite a number of Ipoh-lites who moved to KL to further their studies after high school or to work after graduating. Chor (a schoolmate of rif and I) however, did the opposite. He moved to Ipoh to work immediately after he graduated.

“So what do you do during the weekends?” rif asked him when we were in Ipoh about a year ago.

“I play computer games and eat McDonalds,” he replied. 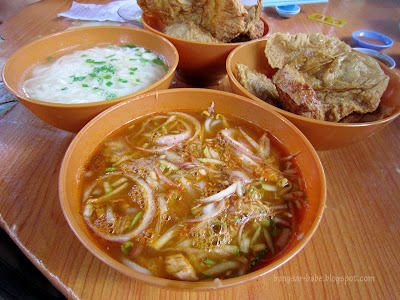 I couldn’t believe what he said. Not the computer games bit. But the fact that he eats McDonalds in Ipoh! I’ve never eaten McDonalds in Ipoh or Penang before, because the food is good and I can’t get enough of them. Anyway, a year has gone by and Chor now knows Ipoh almost inside out. He recently took us for yong tau foo at “Dai Shu Kiok”, also known as Big Tree Foot in Pasir Pinji. 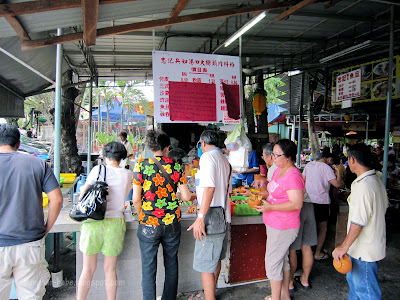 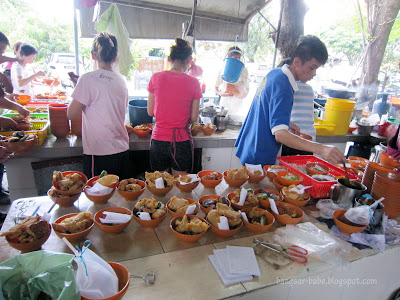 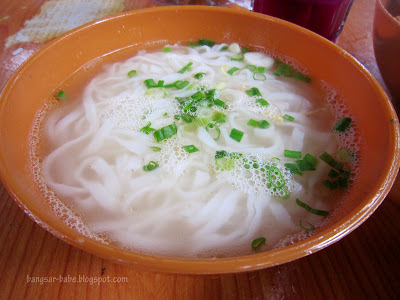 You pick the yong tau foo of your choice at the counter, hand them over to the staff in charge and choose your noodles – kuay teow soup (RM2.70) or asam laksa (RM2.70). For RM0.50 per piece, the yong tau foo pieces were well stuffed and of a reasonable size. 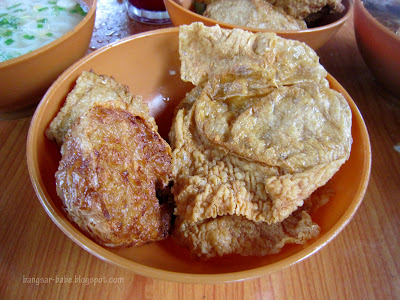 Sar kok liew (left) and fried fuchuk
I took some stuffed brinjal, fried fuchuk, fish cakes, fried wantan and the highly recommended deep-fried yambean fritters (sar kok liew). The sar kok liew was my favourite of the lot. The fritters were fragrant and crispy on the outside, and chewy at the centre. I regretted not taking more of this! 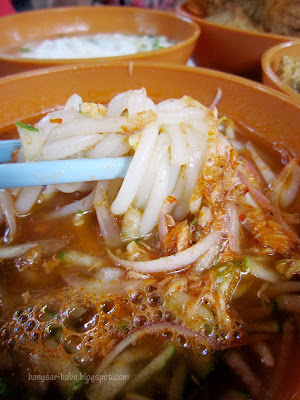 I’ve never eaten yong tau foo with asam laksa before and thought Chor was pulling my leg when he told me that option was available. Being as asam laksa lover, I tried a bowl. This was just average for me; the laksa broth lacked spiciness and sourness. 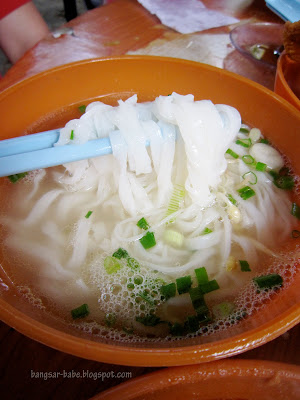 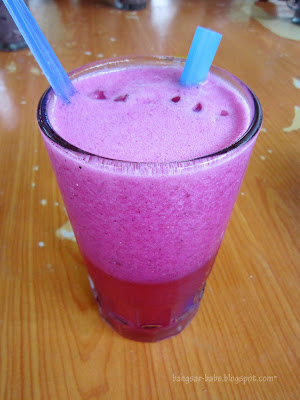 The dragon fruit ice shake (RM6) was too sweet for my liking, so rif finished most of this. He also ordered the caramel custard (RM3) to try. This was nothing like the smooth, egg-y version at Thean Chun. It had the texture of an agar-agar, with an artificial flavour. I suggest you skip this. 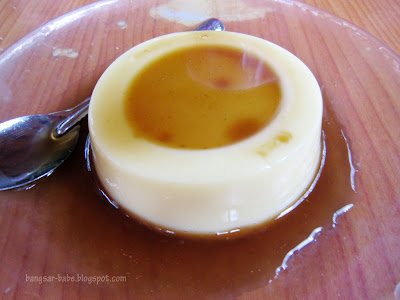 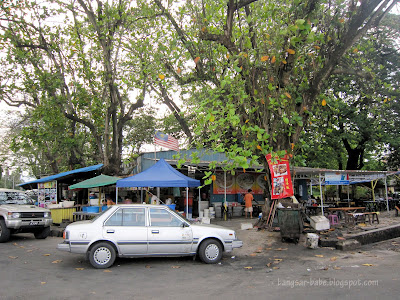