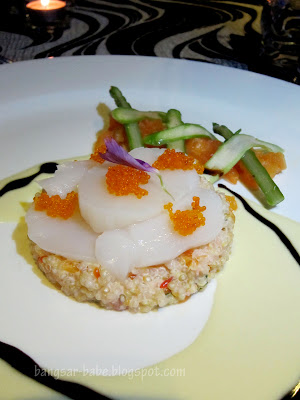 It was the first chef & mixologist pairing in Malaysia hosted by 7atenine, and I was invited to sample the culinary wonders of Michelin Star Chef, Nicolas Isnard. 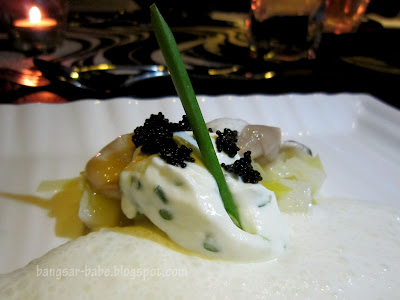 This was a beautiful amuse bouche. The oyster was plump and ‘burst-y’, and the tangy sour cream and chives topping gave it a crisp, summery flavour. 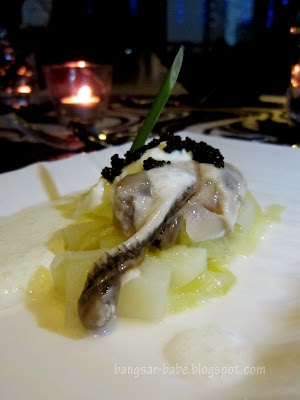 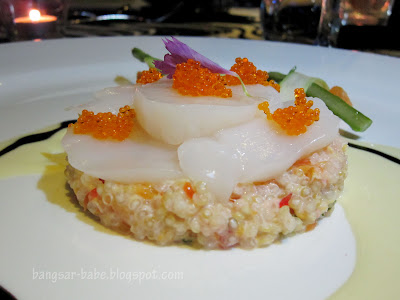 The scallops were sweet and fleshy, while the quinoa gave it a nice, chewy texture. However, I found the diced tomatoes very, very salty. 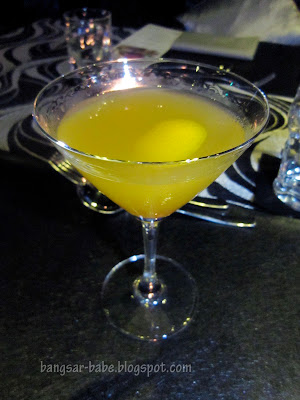 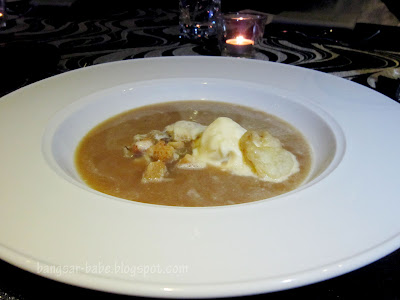 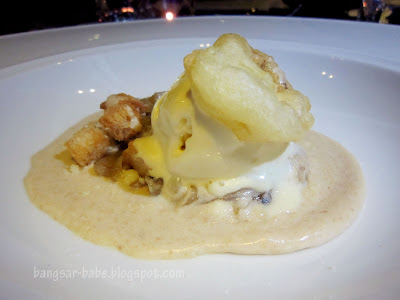 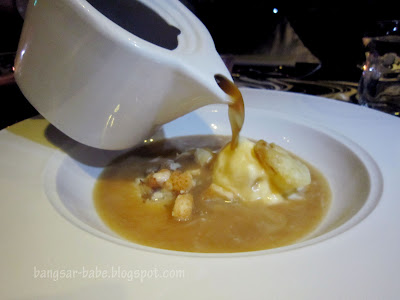 I’ll be honest; I was surprised when the bowl of ‘soup’ was placed in front of me. There was no broth on that porcelain white bowl, except a blob of cold, creamy matter, croutons and an onion ring on top. My waiter then came with a jug and poured the hot onion broth into my bowl. The creamy matter turned out to be onion ice cream. This was interesting to eat; the heady broth was subtly flavoured by the ice cream (which tasted like vanilla ice cream, if it wasn’t for that hint of onion aftertaste). The soup was consumed cold and I enjoyed this. 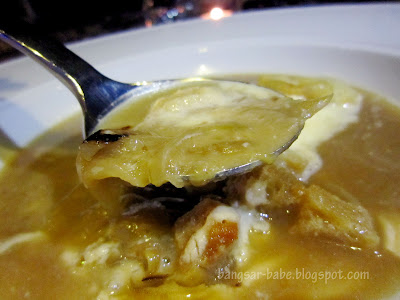 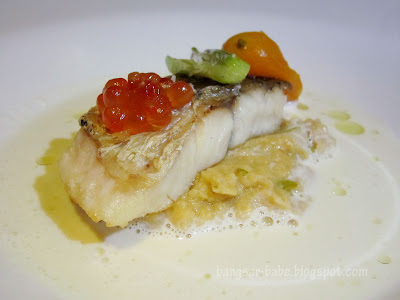 Diners were given a portion of both main courses to try – much to my delight. The seabass was prepared in the simplest manner and elegantly presented on a bed of hommous. Its delicate flavour and firm white flesh paired well with the grainy hommous and ginger-lemon broth. 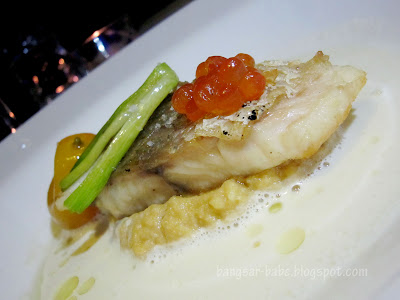 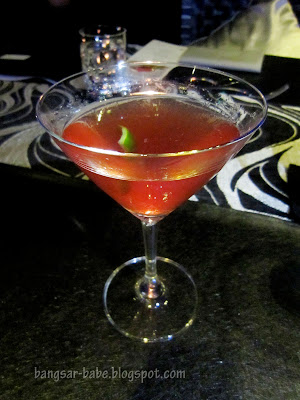 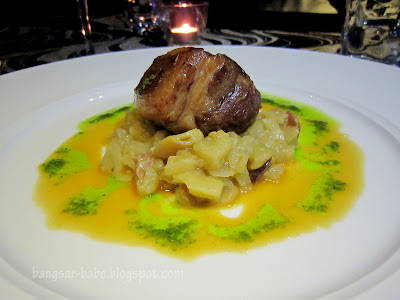 The lamb was my favourite of the two mains. It was beautifully prepared with a layer of melt-in-the-mouth fat. While some people cut away the fat before devouring the lamb, I polished off everything, promising myself I’ll make it up for the extra calories and cholesterol this dish came with the next day. 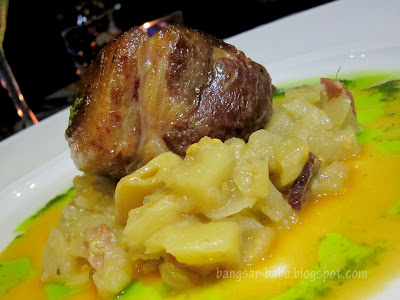 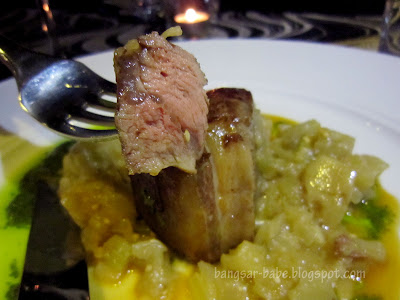 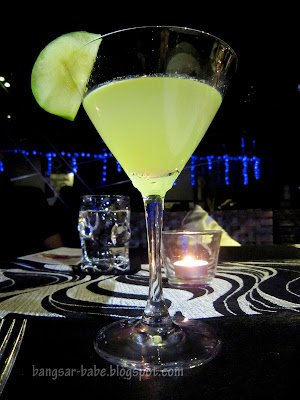 Paired with Apple Martini
I loved the Apple Martini. This was sweet, tangy and potent – I asked for another glass of this!
Dessert 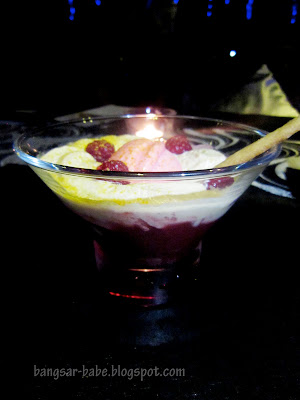 Raspberry soup, gingerbread espuma with orange olive oil
Dessert took some getting used to, as I usually associate soups with Chinese restaurants. Although delicious, the raspberry soup didn’t quite register the way I hoped it would. However, rif enjoyed this. 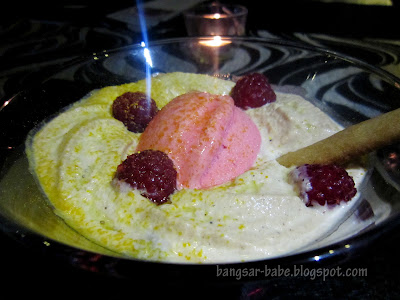 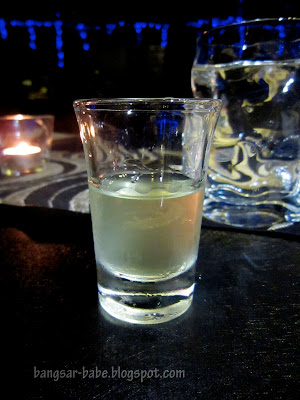 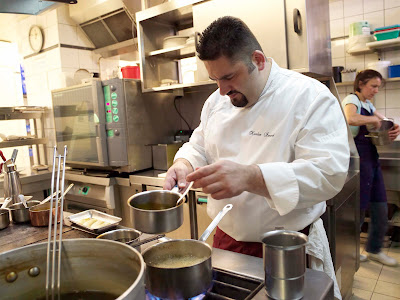 Chef Nicolas Isnard hails from Burgandy and is based at the one-Michelin-star L’Auberge de la Charme in the little village of Prenois. During his career, he worked under three Michelin-star Chef Gilles Goujon for three years, as the Chef de Cuisine for L’Auberge du Vieux Puits. He then joined Le Chateau de Curzay, where he re-launched the hotel’s culinary direction to the level of haute gastronomy and was rewarded with his first Michelin star.

Nicolas is a master at re-inventing classic and traditional French dishes, and he enjoys creating dishes with distinctive rustic flavours. The four-course dinner was paired with cocktails from 7atenine resident mixologist, Frankie P Anthony. 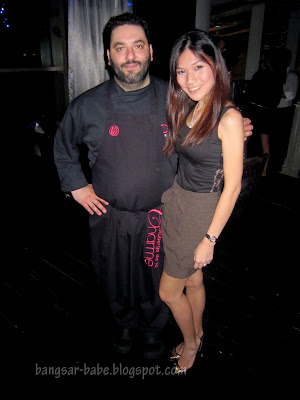 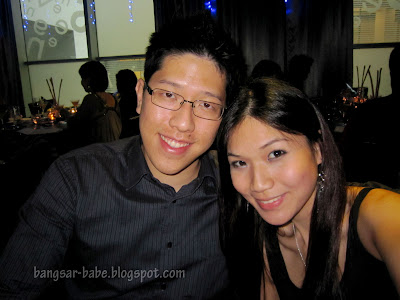