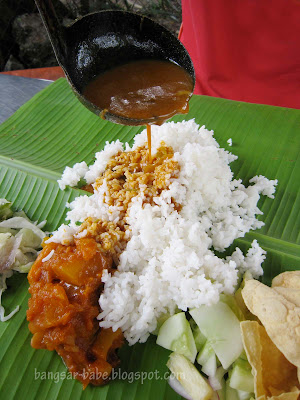 Mention banana leaf rice and many will tell you that Raju Restaurant is the place to go to for a good fix. Mention roti canai, and people will also tell you to go to Raju’s — it is that famous.

On a weekend lunch, the place was crowded with families and friends tucking into their banana leaf rice (RM6) and/or roti canai (RM1.20 per piece). I was lucky to find at the back of the restaurant. My attempts in getting the staff’s attention were frustrating, nerve-wrecking and tiring. 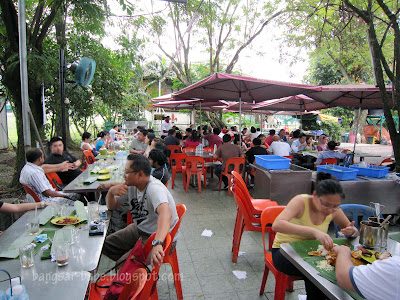 Frustrating because they don’t care if you’re calling for them. Nerve-wrecking because I was very hungry. Painful because I had to wave my arms in the air for about 10mins, before our orders were taken. 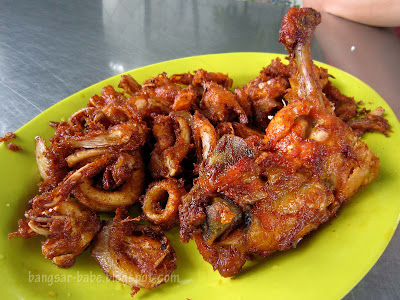 The manner of serving customers was equally as bad. The waiter tossed two banana leaves on the table and plonked the rest of the BLR ingredients on it. We ordered a plate of fried squid (RM8) and a piece of fried chicken (RM5.50) to go with our rice. 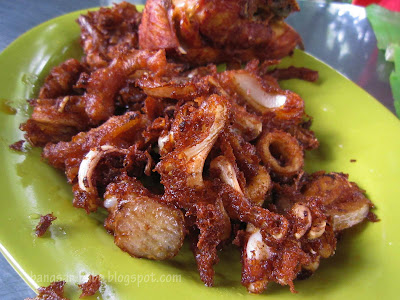 Fried squid with onions, or fried onions with squid?

There were more onion slices than squid rings on the plate; they might as well call it deep fried onion rings with squid. The squid was decent — crisp on the outside and nicely chewy on the inside. We didn’t care much for the fried chicken, which lacked spice and seasoning. 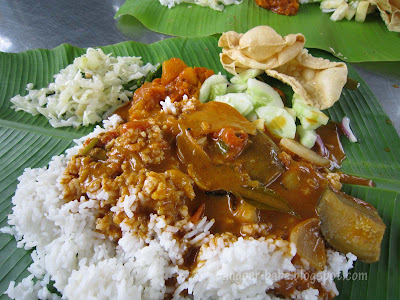 As for the banana leaf rice, I felt that it was nothing to shout about. The chicken curry was rather bland and the dhal was insipid. While the fish curry was decent, it wasn’t as spicy or fully flavoured as I would have liked it to be. The dried chilli was rather good — spicy, crispy and deliciously salty. It gave the banana leaf rice the much needed ‘oomph’. 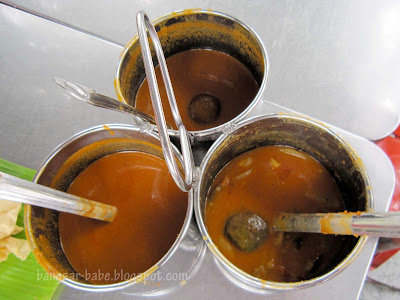 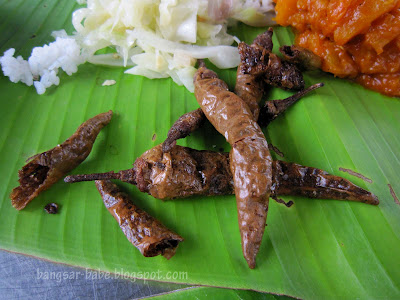 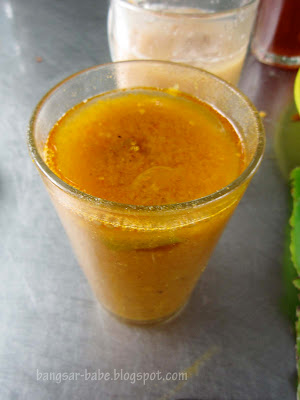 The rasam (RM1 per glass) was thick, soothing and laden with spices. I enjoyed this. 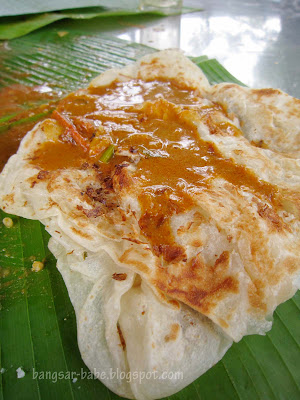 Out of curiosity, I ordered a piece of roti canai and found it rather disappointing. Portion was small as it didn’t taste as “awesome” as what people described. For RM1.20, I found it a tad expensive. 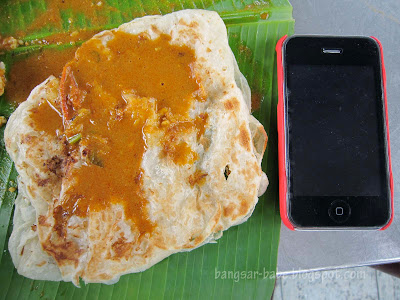 Roti canai and my phone for size comparison 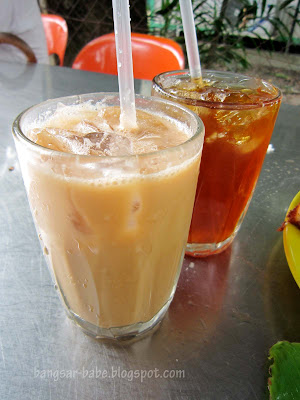 My teh ais (RM1.80) was horribly watered down, I thought I was drinking teh ais flavoured water.

Despite the hype, the food at Raju’s was rather ordinary and pricey. It didn’t help that the service was of-my-gawd-awful. Waiters were rude and they didn’t give a damn about customers. 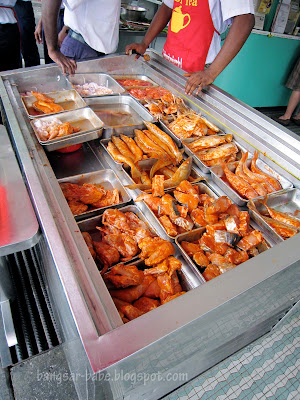 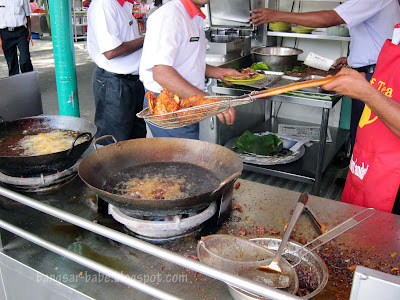 Of course, this was our personal experience. You might be luckier than we were…if you go there before the lunch/dinner crowd. After this ordeal, I would think twice about coming back. 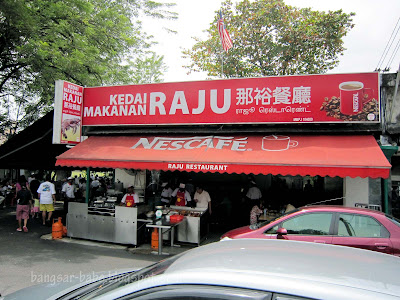