Dining out at Chinese restaurants can sometimes be an expensive affair. Either that, or one would have to eat at “tai chow” restaurants. I fancy the latter, for obvious reasons — budget and taste. Of course, the ambiance is ‘rough around the edges’, and expect to see a few cockroaches or worse, rats scrambling around.

I’ve developed a knack for these open air, not-so-clean restaurants but my parents (especially my mum), aren’t very fond of such dining places. rif’s parents are pretty flexible with food places — they have eaten at food stalls next to the drain with me. Since both our parents were dining together, we decided Canton Fare was a good place. It has a decent ambiance (read: air conditioned), food is decent and prices are somewhat reasonable. 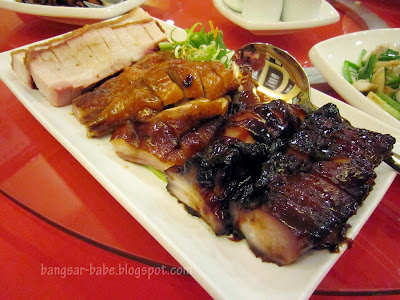 Between the Damansara Heights and Mon’t Kiara outlet, I like going to the latter. The Damansara outlet is rather small and tables are placed too closely to each other. The service at Mon’t Kiara seems better too. Among the 6 of us, we shared a large roast platter (RM55), kung po chicken (RM25), fish fillet with spring onion & ginger (RM25), stir fried kailan (RM18), braised tau kan (RM25) and cantonese fried kuay teow (RM15).

Portions were not very large, so we didn’t have a problem finishing the food. Canton Fare prides itself as the King of Roasts; the char siew was adequately tender and siew yuk has a nice, crispy skin. However, the duck was nothing to shout about — parts of the skin was soggy and the duck wasn’t as tender as I hoped it would be. 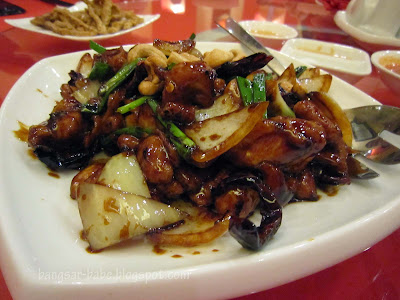 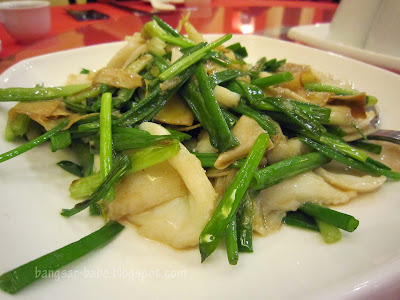 My mum enjoyed the fish fillet more than the rest of us. It was lightly seasoned and tasted very ‘clear’, as she asked the chef to reduce salt and oil for this dish. 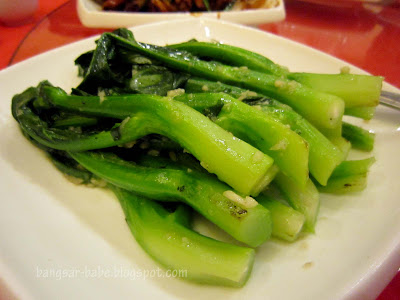 Stir fried kailan was ordered to balance out all the meat dishes we had. I liked that the chef added a lot of garlic bits during the cooking process; this gave more fragrance to the dish. 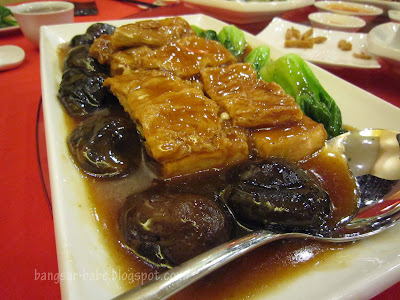 Braised tau kan was not bad, but I generally don’t care much for tau kan as the texture is a lot firmer compared to the normal beancurd. I would much rather have Japanese beancurd. 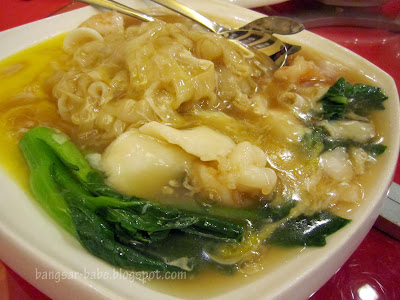 The Cantonese fried kuay teow was pretty tasty, only because the gravy was rich and eggy. Some people might find the gravy a tad rich, but I love it that way. The kuay teow lacked wok hei, so the rich gravy was a saving grace.

Dinner came up to about RM190 for all the above. For the ambiance, service and food quality, I reckon it’s pretty good value for money.