Buffets were something I looked forward to when I was living in the UK. My daily meals consisted of bread and soup, so I would to go for buffets once or twice a month with a few friends. While some buffets were decent (especially when you’re homesick), there were one or two that tasted so crappy, I’d only eat it IF I was starving and the restaurant was the last place open on earth. 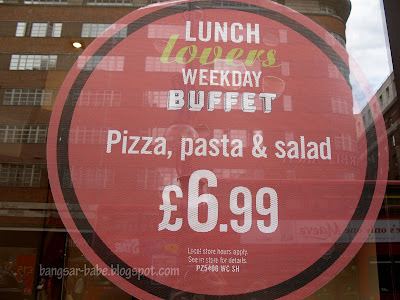 One of the buffets I liked going for, was the Pizza Hut lunch buffet, since it’s pretty good value for money. It used to be £5.99 per person, but when I was in London last month, the lunch buffet cost £6.99. Soft drinks cost £1.98 (refillable), so lunch came up to about £9. 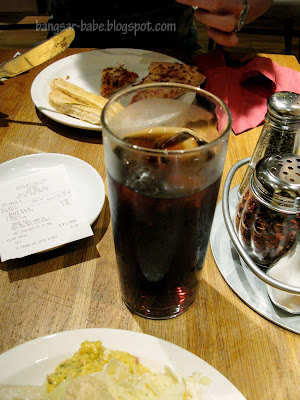 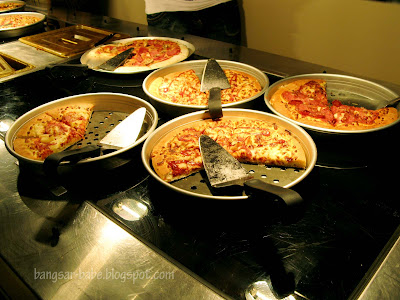 There were 6 types of pizzas available – Pepperoni, Vegetarian, Hawaiian, Supreme, Chicken, and Margherita. My favourites were the pepperoni and margherita, and they were snapped up very quickly. Another thing I liked was their bread sticks. 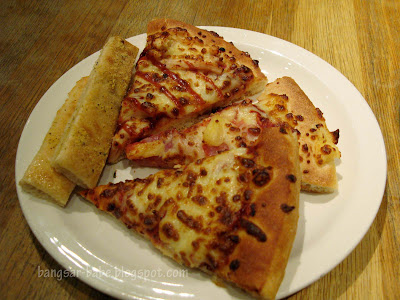 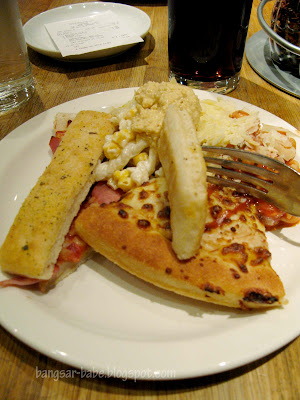 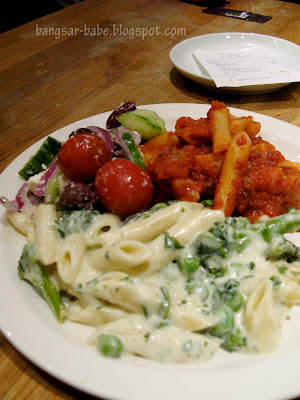 The pizza crust was crispy and light, unlike the bread-y and chewy ones we get in Malaysia. It may not be the best pizza in the world, but it is good enough if you are on a budget and extremely hungry during lunch.