I’ve been craving for steamboat for the past two weeks, and the cravings got worst during CNY when the shops were closed and no steamboat ingredients were available. rif isn’t a fan of steamboat so I usually eat it with Shum because we both love steamboat. 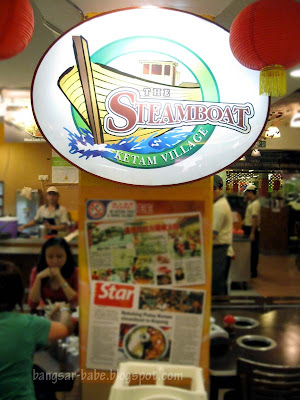 For some reason, I hardly go to Ikano Power Centre, but Shum kept talking about Ketam Steamboat Restaurant and how good the chilli paste and fried shallots were. Turned out, it was the same branch as the outlet I usually go to in Bandar Menjelara. It was a weekday night and during the CNY period, but the restaurant was packed — we had to wait for a table. 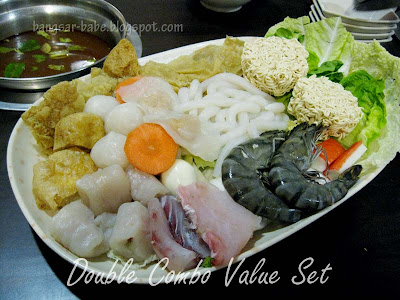 You get an individual pot of soup with a choice of clear, tomyam or curry soup. Great for those who can’t stand the idea of sharing the same communal pot. Since rif tagged along, we ordered the Double Combo Value Set (RM32.80) to share. 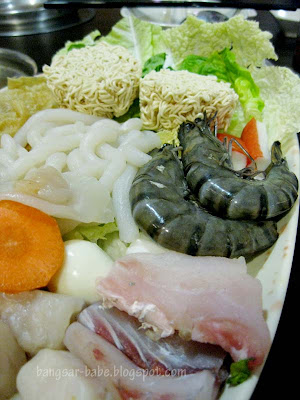 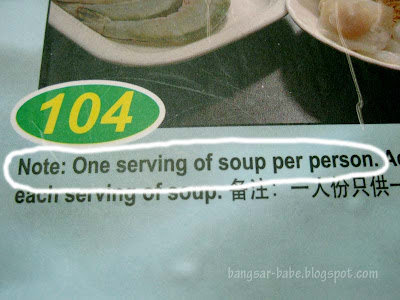 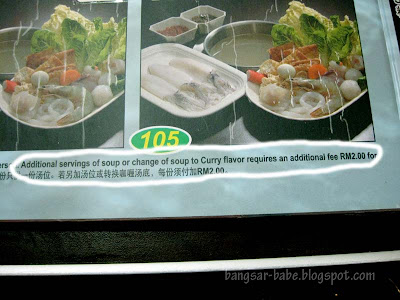 There were some things I didn’t like about the place. Firstly, they gave plenty of vegetables but very, very little ingredients for the combo set. And there were no free soup refills (each soup refill costs RM2), which I thought was ridiculous. I have never come across steamboats that charge for soup refills. That put me off. 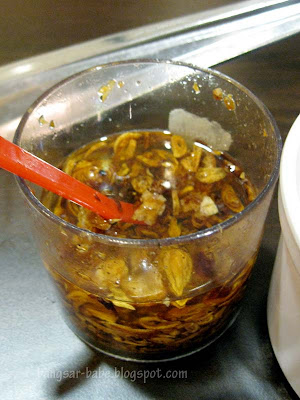 The chilli sauces (both red and green) packed a punch, and I liked the fried shallots in oil, which gave the soup a nicer flavour. Chilli sauce is very important in a steamboat — it can either make or break the meal. 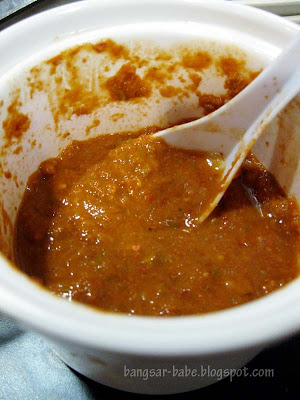 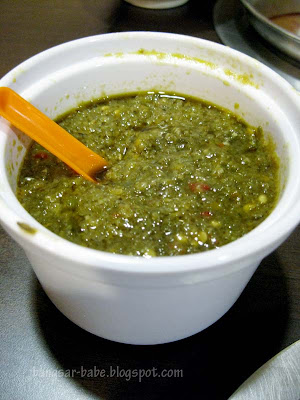 On its own, the tomyam soup wasn’t very good. I thought the soup was very watered down but the chilli paste made it thicker and tastier. The ingredients were standard, and the portions were rather small. rif and I kept looking at Shum’s steamboat dishes wishing we had listened to her and ordered ala carte. 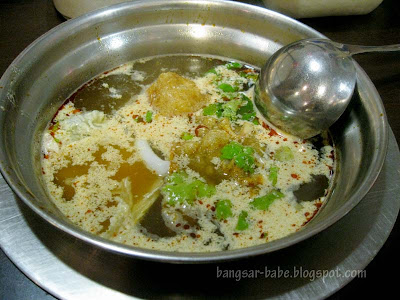 In general, the food was average and service was disorganised. I don’t think the ingredients are that good, but it is a cheaper alternative for those who want something convenient and reasonable in a shopping mall.