10 years ago, Bangsar Shopping Centre was very different. I remember going there often for the frozen yogurt and corn in a cup from Nelson’s after school. What I remembered most about BSC was Dave’s Deli. It was our (rif and I) hangout place because it was nearby. We were 16, with no driving licence and not much money. 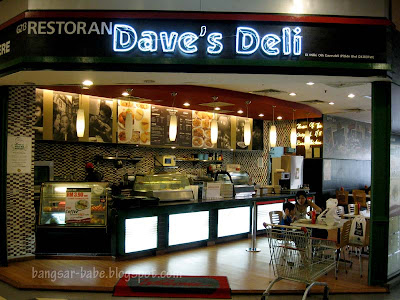 Dave’s Deli BSC closed down in 2003, and while they had outlets in Subang Parade and 1 Utama, I never bothered going. To my surprise, rif suggested Dave’s Deli for lunch when we were in 1 Utama recently. Like old times, we ordered the ¼ roast chicken & gravy (RM14.50) and the Pasta Combo (RM16.50). 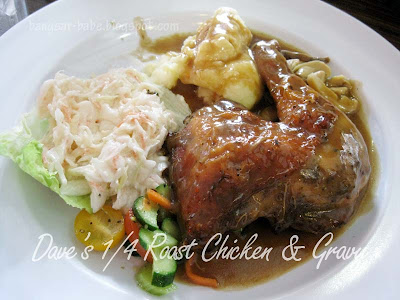 The chicken was decent, as were the coleslaw and mash potatoes. It was tender and flavourful from the mushroom gravy. I especially enjoyed the skin, which was well seasoned with herbs and black pepper. The mash potato and coleslaw were nothing to shout about, but definitely better than the sides from this famous roast chicken franchise I know of. 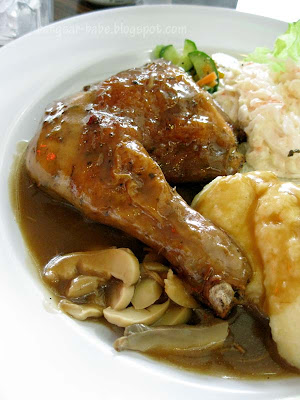 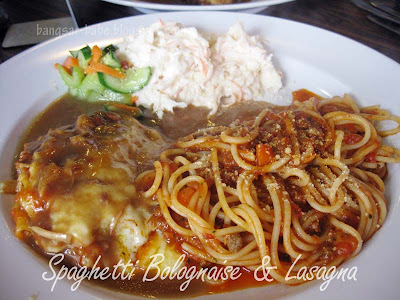 We always sneaked bites from each other’s dish, and many years down the road, we were still the same. I found the lasagna mushy — because they put too much gravy on top (I don’t remember them doing that last time). The spaghetti, although slightly on the sour side, tasted alright. 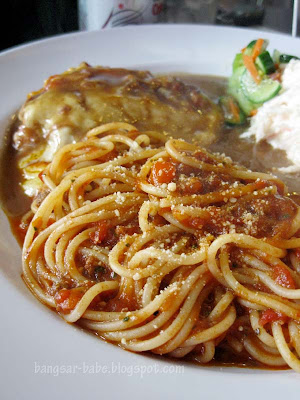 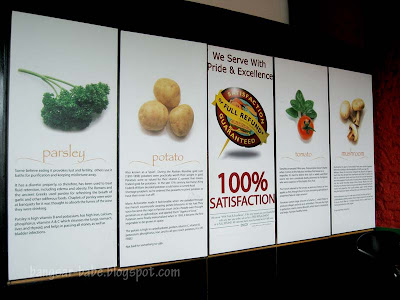 Truth be told, I didn’t find the food great, but it was hearty and comforting. This was more of a walk down memory lane for us, so in that sense, I enjoyed my lunch.