I recently attended a food bloggers’ night out (organized by Tim) at BellyGood, Sunway Mentari. 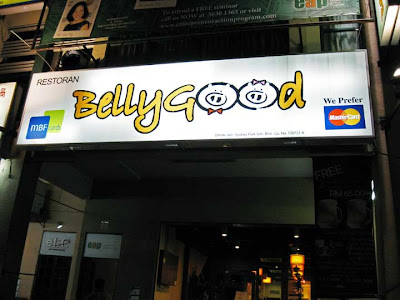 I was late, so I missed the appetizers (no pictures). I did however, get to try a bite of the Baked Portobello Mushrooms with Bacon and Cheese and Chilli Munchies.

While the mushrooms were juicy, the bacon and cheese topping was hard and chewy. The Chilli Munchies (jumbo sausages sautéed with onion, garlic and chilli) was too salty, spicy and peppery – I couldn’t taste the sausages. 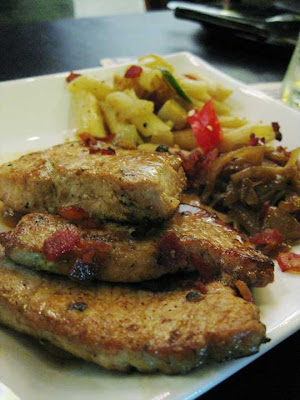 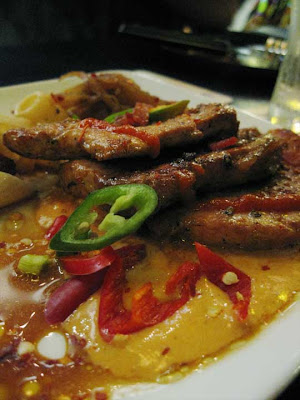 Both were served with cold penne with pear & caramelised onions. I found the creamy mustard sauce too bland, and it did not lend much flavour to the tenderloin. 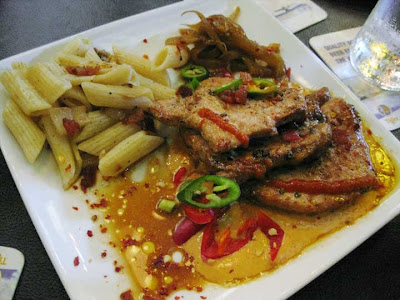 The spicy mustard on the other hand was too spicy, overpowering the meat. I also thought the tenderloin was slightly on the tough side. 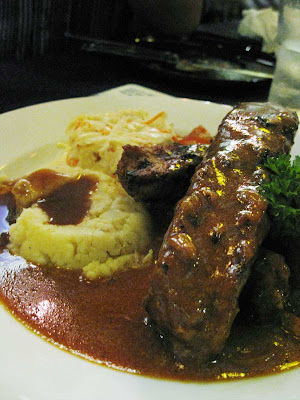 The Mixed Platter offers both the pork belly and ribs (something you should order if you want the best of both worlds). The pork ribs were surprisingly meaty and tender, without falling into pieces. Tastewise, I found it slightly on the sweet side. I would have preferred the mash potato to be more buttery, this was a tad bland. 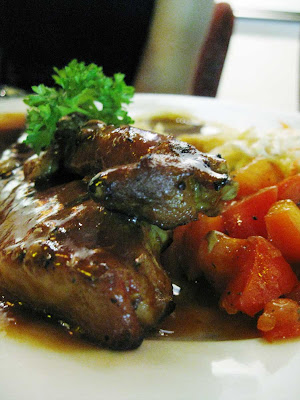 The Original Grilled Pork belly was definitely BellyGood’s forte. Marinated in a sweet sauce, the perfectly tender and fatty meat could almost melt in your mouth. According to the owner, the meat gets its flavour from the 24-hour marinating process in BG’s secret sauces. 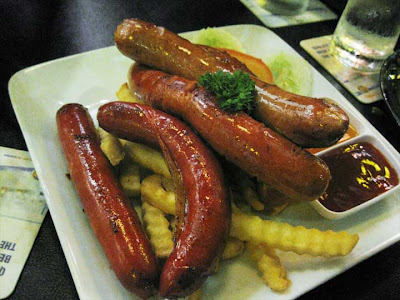 BellyGood’s Sausage Platter had 5 types of sausage (pork chorizo, chicken chorizo, pork oriental, pork oriental garlic and spicy Hungarian) with a side of fries and Thai chilli sauce. The chorizos had a tangy, smoky flavour. 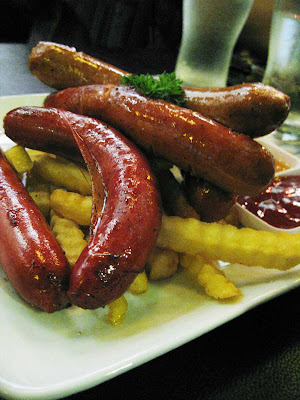 I liked the Hungarian Spicy sausage – mildly spicy and uniquely flavoured with paprika and spices. The Oriental sausage reminded me of the lap cheong (Chinese sausage). I personally love lap cheong, so this was another favourite. 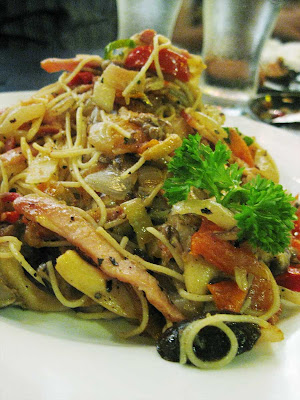 The Sautéed Bacon Capellini was served last. The angel hair pasta was tossed with bacon bits, mushrooms, chopped chillies, tomatoes, fresh herbs and garlic wine sauce. Great for those who like their pastas simple.

We ordered the Chocolate Brownie with Vanilla Ice-Cream and Tiramisu for dessert. This was not included in the meal, so Josh graciously paid for it. Thanks Josh! 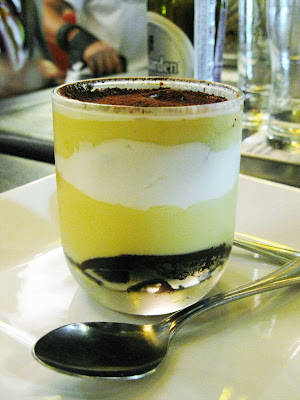 Instead of mascarpone cheese, I detected only custard and cream in this “Pick Me Up”. There was no liquor-soaked sponge basep; we got a hard, rock-like base that was difficult to eat. 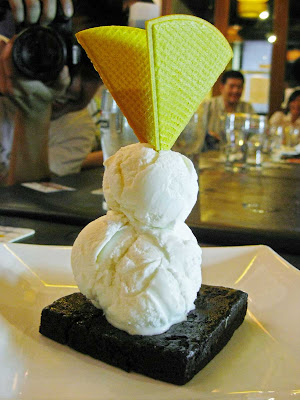 I found the chocolate Brownie with Vanilla Ice-Cream mediocre. The brownie was too hard and dry. Luckily, the ice-cream made it easier to eat. 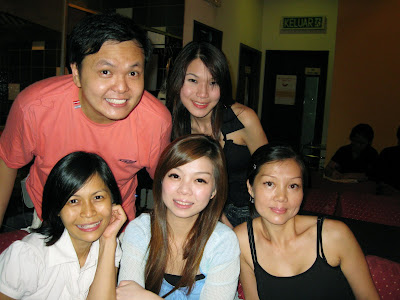 The company was great. I got to meet Simon and thenomadGourmand too!

BellyGood offers a selection of wine and imported beers such as Hoegaarden and Weinstephaner to go with your meal. Of all the mains served, I enjoyed the pork belly and sausages best. I wouldn’t mind having these two again, with a pint of Hoegaarden! =D