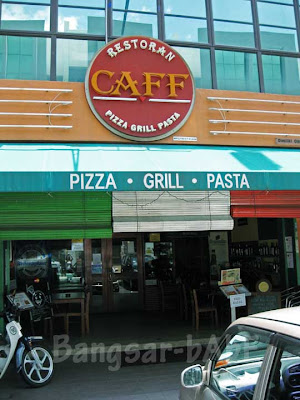 Last Sunday, rif took me to CAFF in Bandar Puteri Puchong for a hearty lunch. He found out about this place when he was in Puchong for a job. 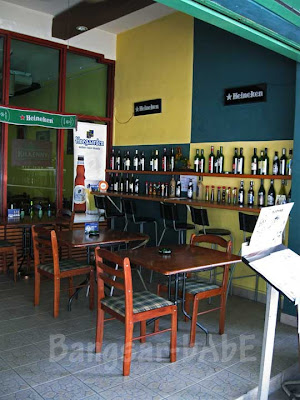 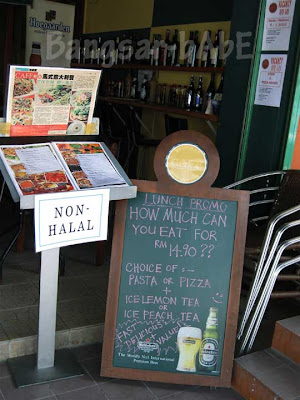 For only RM14.90+, you get to eat all the pasta and pizza you want. At first, I couldn’t believe what I read. I thought I was in heaven!! The buffet is available daily from 12noon till 2.30pm. 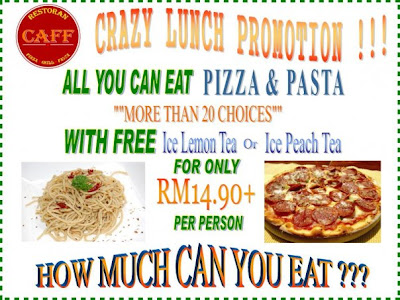 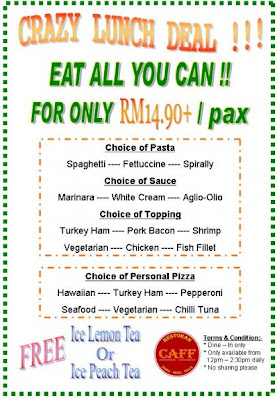 CAFF has been around since 2005, and serves a good selection of pastas and pizzas. KC attended to us, and he was very accommodating and friendly (he helps his friend run CAFF when he’s free). The place has an open kitchen for customers to see the chefs in action. 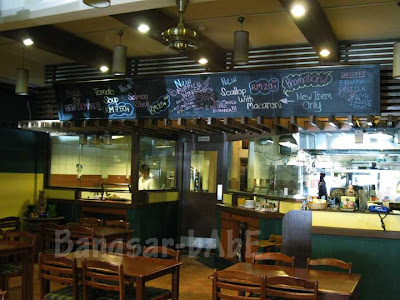 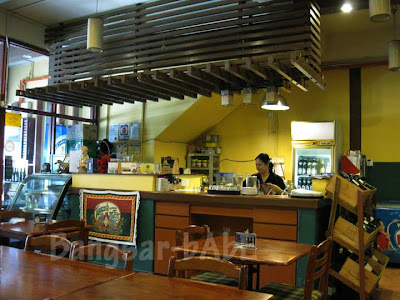 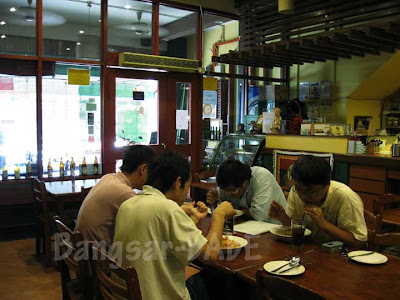 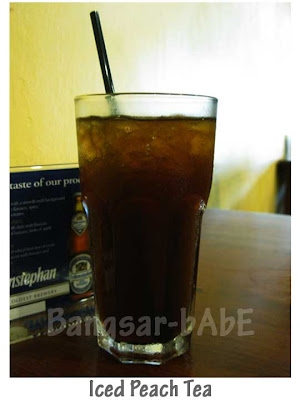 Our peach tea was very nice and refreshing. I was pleasantly surprised to find it not watered down. Most places tend to give watered down drinks, but CAFF does the exact opposite! 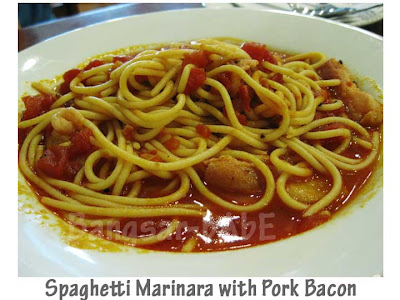 When it comes to pasta, rif likes them lighter while I love anything thick and creamy. Even Shum gets “jelak” when she eats cream-based food. o_0 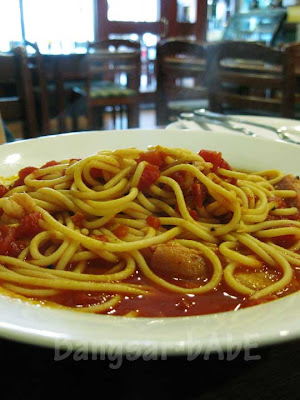 The spaghetti was al-dente and had an ample amount of STRRReaky PORK bacon. I thought the marinara sauce was alright, although I would have preferred it more garlicky. 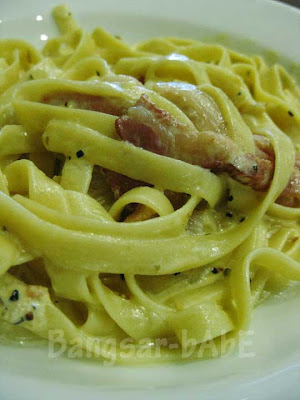 I was drooling at the sight of the bacon while snapping pictures of my fettuccine. Lightly seasoned with a crack of pepper, it was good stuff. The sauce was not too heavy so it wasn’t cloying. 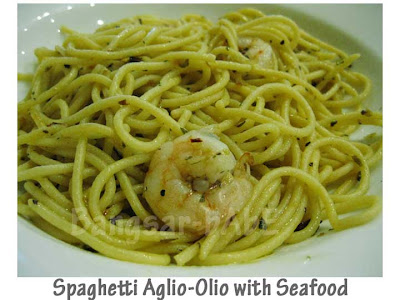 The aglio-olio looked bland, but tasted quite delicious. It was wonderfully fragrant with the copious amount of olive oil, garlic, herbs and chili flakes. The shrimp although tiny, were nice and bursty. Great for those who wants a change from the usual tomato-based or cream sauce. 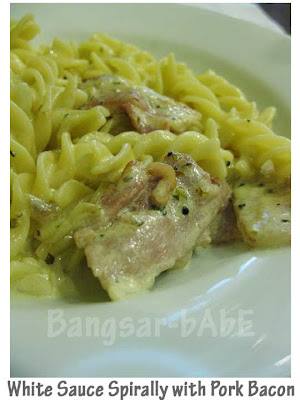 The white sauce spirally with pork bacon is essentially the same as the fettuccine. I ordered this because I couldn’t get enough of bacon and I like being able to eat my pasta with a spoon. =P 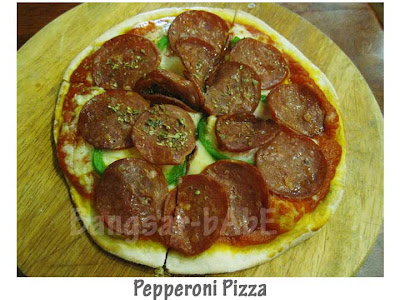 CAFF’s thin crust pizzas are quite decent, especially the pepperoni and turkey ham. As one can clearly see, they were exceptionally generous with the pepperoni. You can hardly see the pizza base! 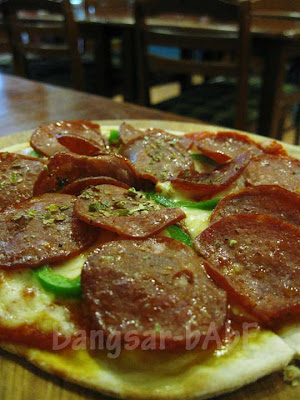 The stringy cheese paired with the strong, savoury pepperoni slices tasted delectable. We really enjoyed this, so we ordered another one! =D 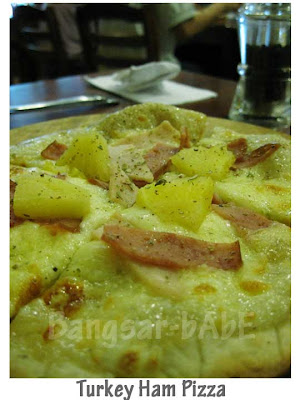 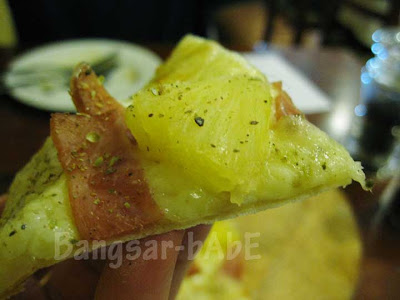 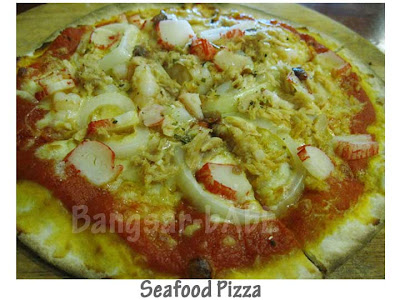 The seafood pizza was too fishy for my liking. Plus, I’m not a big fan of seafood extenders. 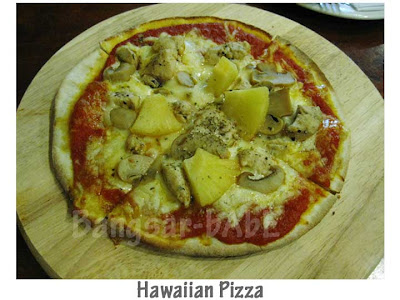 I thought the Hawaiian pizza was average at best. They were generous with the toppings but I find Hawaiian pizzas in general bland and common. 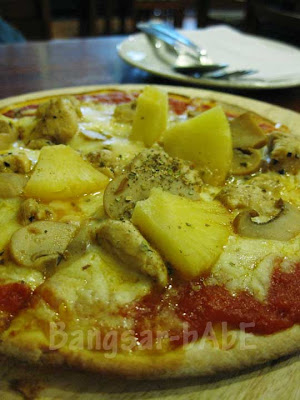 Lunch came up to RM32 for all the above. Very good value for money considering what they have on offer! Plus they don’t compromise on quality. I will definitely return for more. Hopefully, they won’t chase me away!! *grins*

*KC was the kitchen manager of Italiannies a couple of years back. Which explains why CAFF’s lunch buffet bears a resemblance to the Italiannies pasta buffet.

Ambiance: 7/10
Price: 7.5/10
Food: 7/10 (non-halal)
Verdict: Their lunch buffet is REALLY value for money. Most of the ala carte items are also reasonably priced.