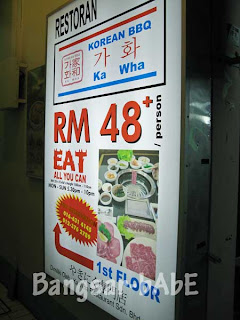 I’ve been having Korean food cravings this past few weeks so last Friday after work, I went to Ka Wha with Shum, Mike and rif for their Korean buffet dinner. 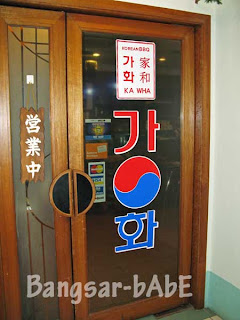 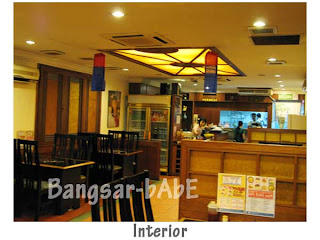 The buffet cost RM 48+ per person excluding drinks with a choice of 60 dishes to choose from. As usual, dinner began with 10 plates of appetizers. 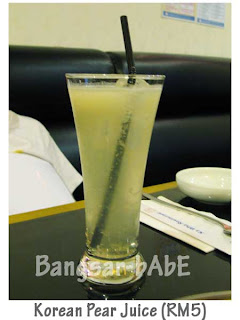 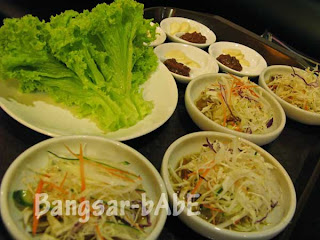 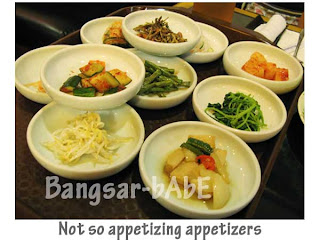 The banchans were a disappointment. The kimchi was very pale in colour and lacked the spicy tang. The anchovies were hard and chewy. The other pickled vegetables were boring, bland and lacked variety. 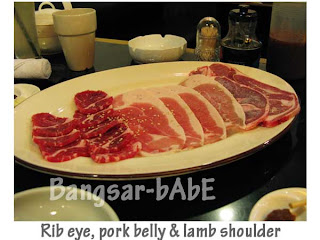 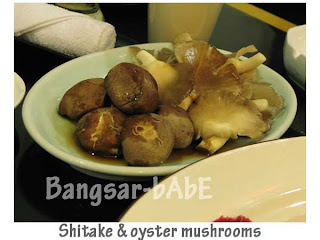 While we had a waitress to help us grill the meat, she didn’t do a very good job at it. Many a times, the fire was too big causing some of the meat to burn. They need to work on their customer PR – none of them bothered to refill our green tea, we had to keep asking them to do so. I found that irksome as there were only 3 tables occupied in the restaurant including ours! 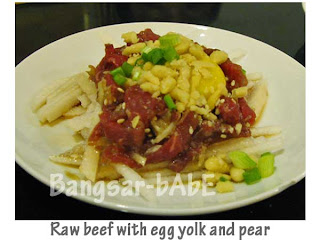 The raw beef with egg yolk and pear (Yook Hwae) was something new and interesting. Eaten raw, it wasn’t as icky as I thought it would be. The raw beef slices were very tender and the pear strips were refreshingly crunchy. 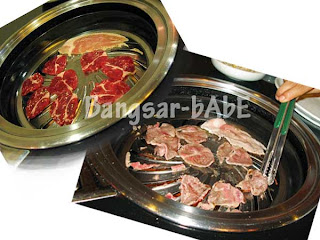 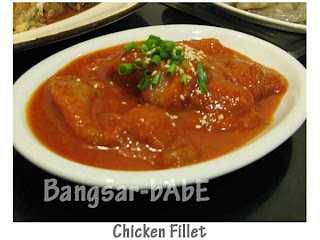 The pork belly and pork shoulders were quite tasty. Tender, well-seasoned and just the right done-ness. The rib eye was also done just right and the chicken thigh was juicy and full of flavour. The other meats were alright, nothing great. 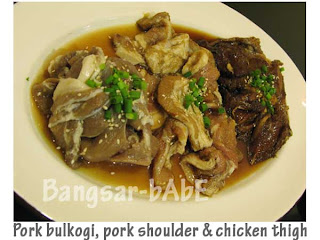 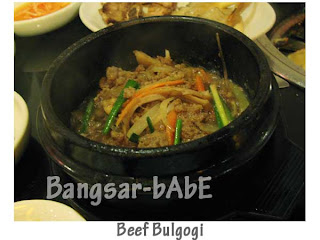 I found the bulgogi quite nice, and ordered another serving of it. Mike and Shum thought it was quite delish too. rif said it was average. “Little Korea did a better version”. That I had to agree with him. ;) 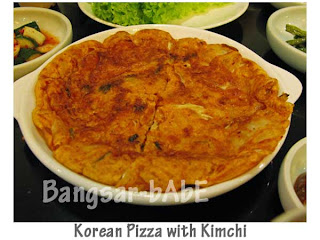 The Korean pizza with Kimchi was unique. With just the right amount of spiciness, the onion slices were tender and juicy while the “pizza” base was fluffy and light. We ordered another serving of this too. 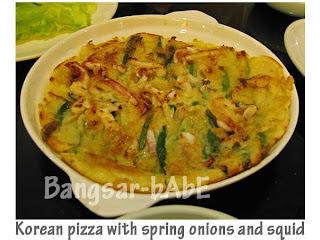 The Korean pizza with spring onions and squid was alright. While the squid was tender and juicy, the whole ensemble was quite bland. I liked the Kimchi Pizza better. 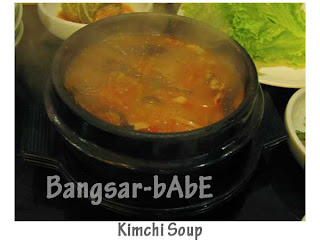 The kimchi soup wasn’t good. I reckon it was the worst kimchi soup I’ve tasted. Too insipid and it lacked the much desired kimchi flavour. 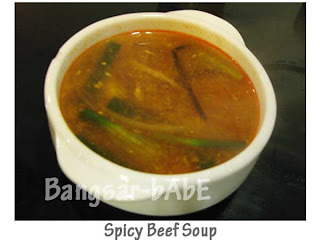 Just when we thought the kimchi soup was dreadful, the spicy beef soup was worst. More bland and insipid than the former, you’re better off skipping this and leave more space for other things. 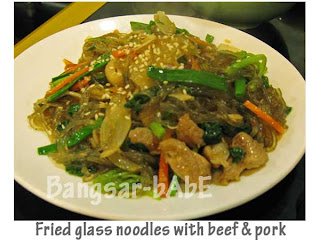 The fried glass noodles was very lightly seasoned and fragrant. The pork and beef slices were tender and well-flavoured, and the sesame toppings made the dish more fragrant and appetizing. This was ordered again. 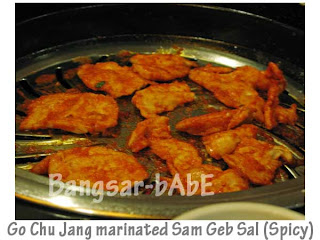 I ordered the Go Chu Jang marinated Sam Geb Sal (spicy marinated pork), and it turned out to be quite nice, though not as good as the pork belly. 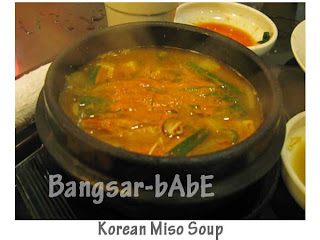 The Korean Miso Soup was EXTREMELY spicy. Way too spicy for us chili eaters. Each spoonful had pieces of chopped birds eye chili plus chili seeds! Every sip burned! Unless you have a very high tolerance for spiciness, skip this. 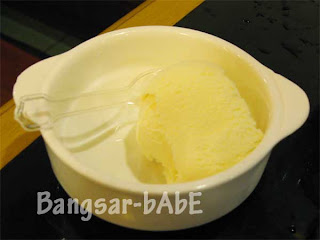 For desserts, we had a choice of ice cream (vanilla or chocolate) and watermelon. 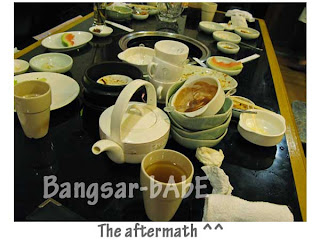 Their promotion is such that for 4 pax dining, the forth one gets a 50% off. The bill came up to RM 196.90. All in, the buffet dinner was average. Nothing fantastic but not dreadful either. The service however, needs improvement.

Ventilation was awful and we smelt like grilled meat after that (the smell was still present even after intense shampooing). So far, TongKun has the best ventilation of the lot.