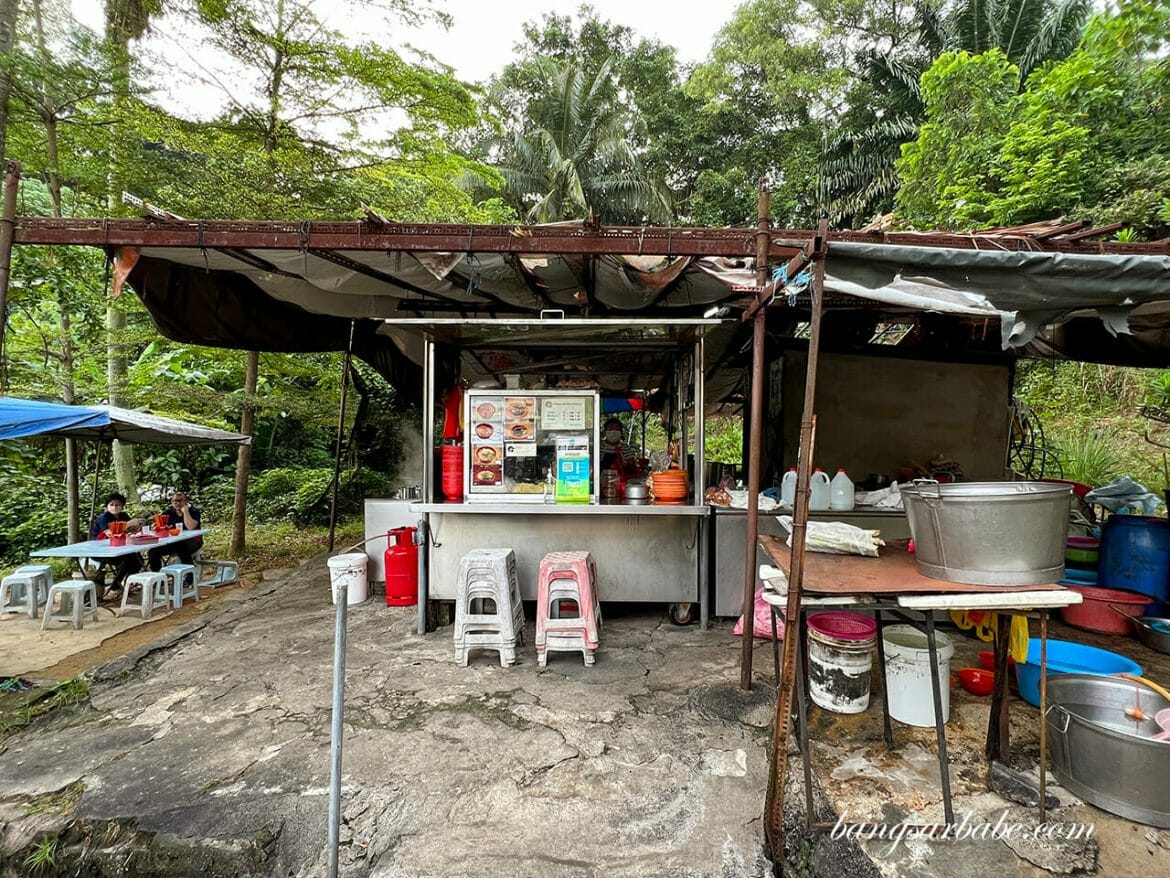 A good bowl of curry mee is hard to come by, despite the many options available in Klang Valley. Also, the definition of “good” varies from one individual to another. But I feel the curry mee from Uncle Keong Noodle Stall in Lorong Jugra is one of the better ones I’ve tried so far. 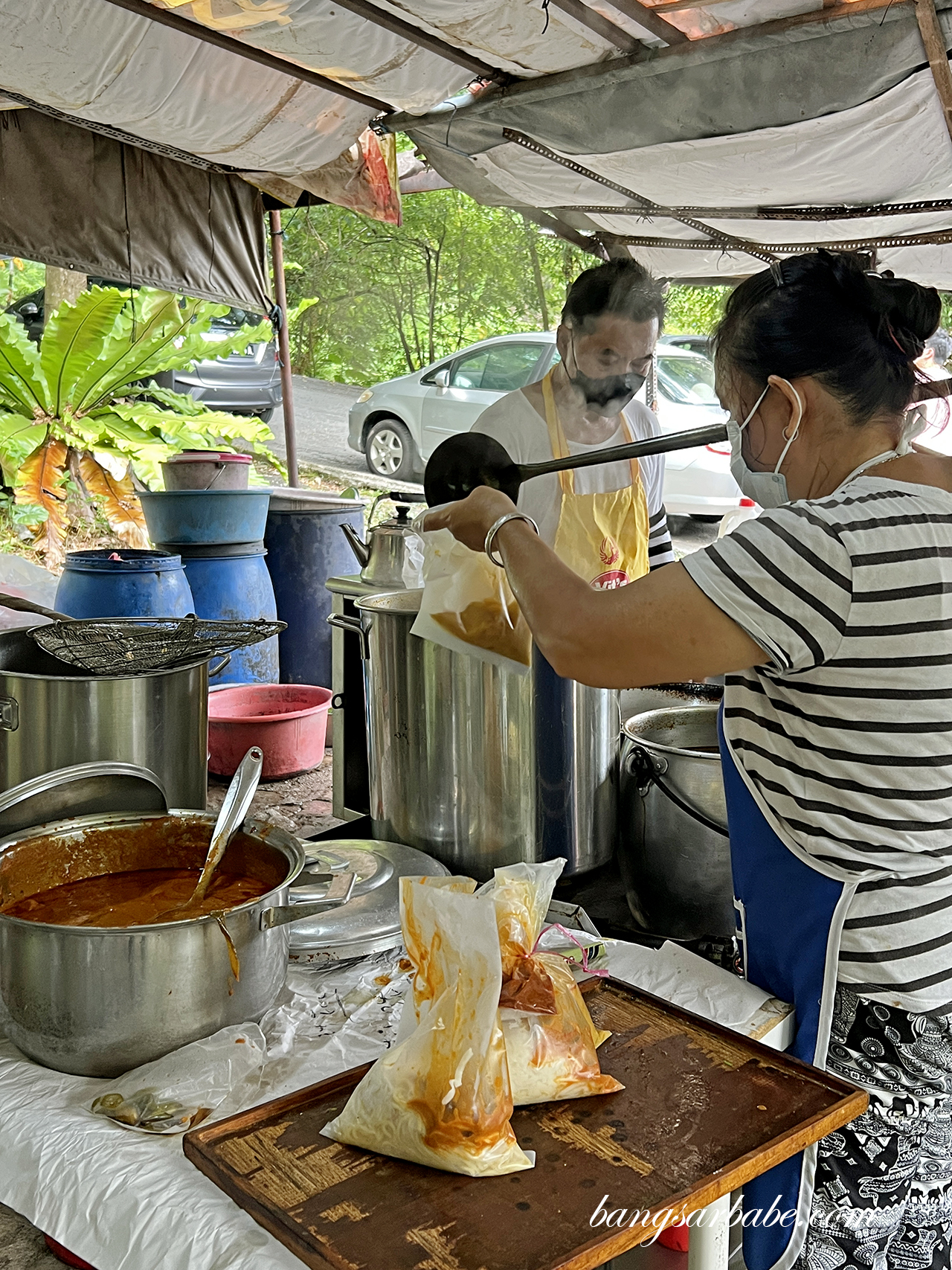 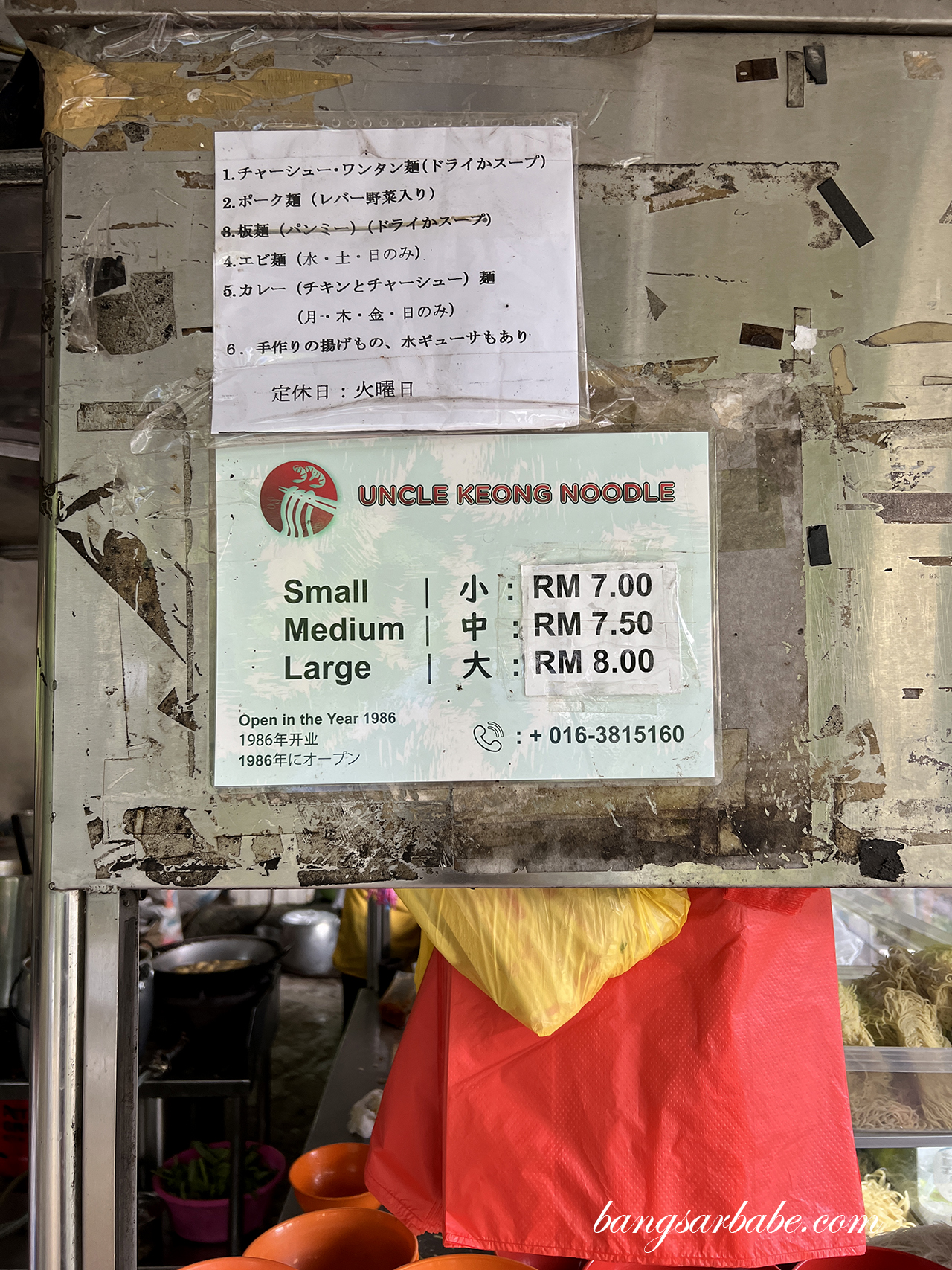 It was by chance that Jien and I went to Uncle Keong Noodle Stall. We were out early in the morning (7.30am) and the stall just started operating. The best part about going there early in the morning is the cool air and sound of nature as you tuck into the piping hot noodles. 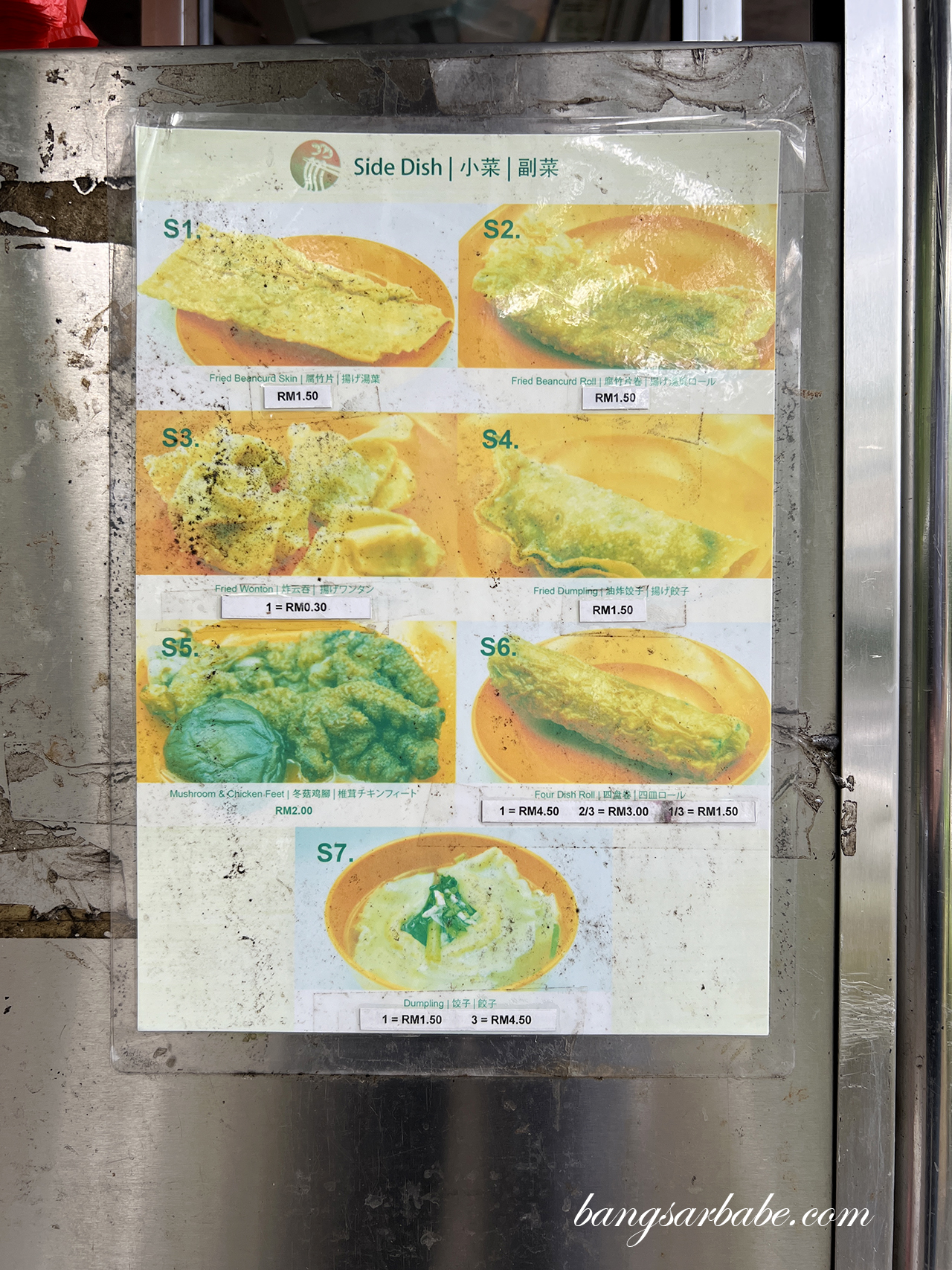 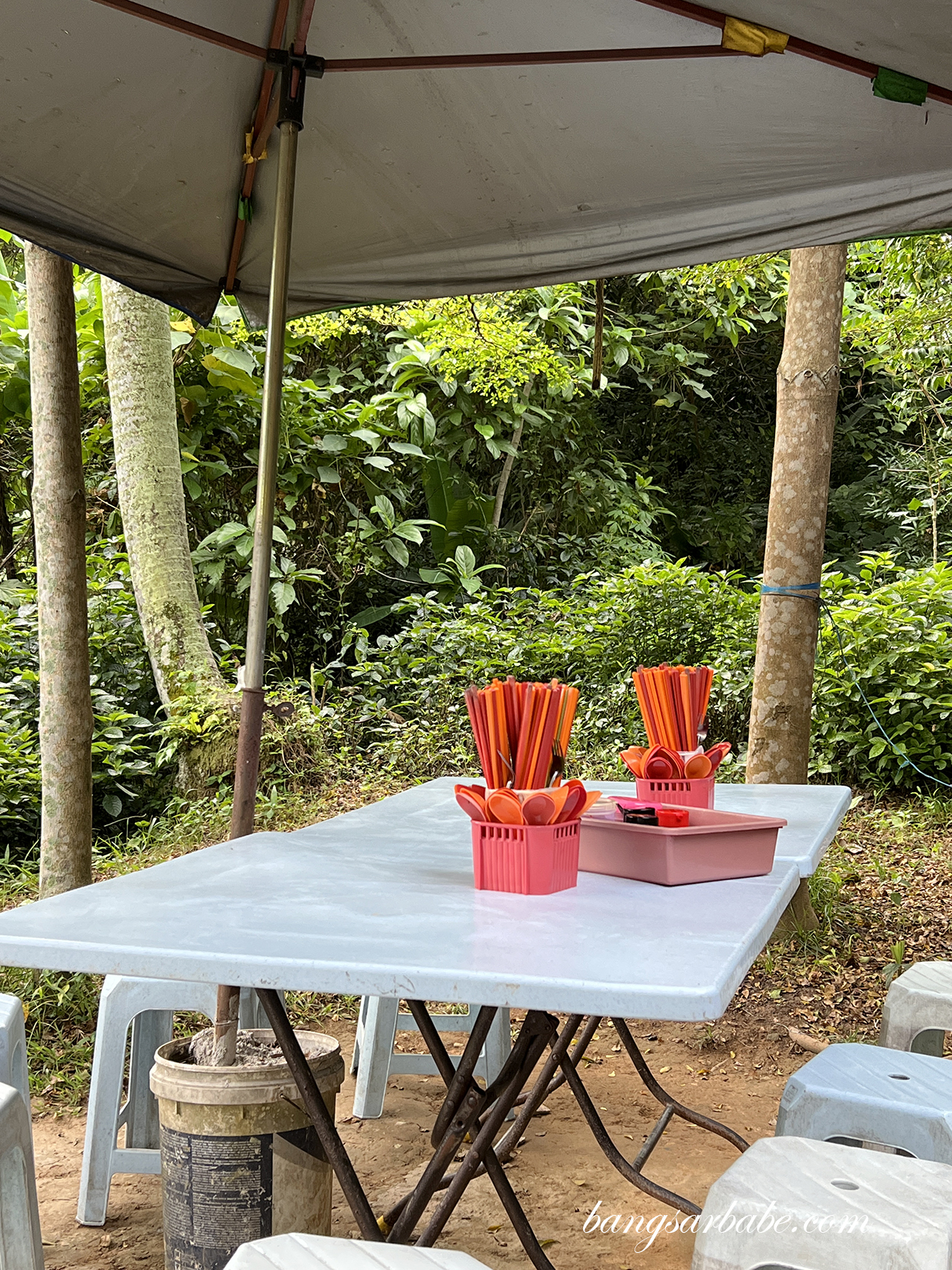 Open air dining. If you go early in the morning (8am or so), it’s peaceful and still quite cooling

Uncle Keong Noodle Stall is located next to the hill along Lorong Jugra and it has been around since 1986. The stall is manned by an elderly couple offering simple yet delicious noodles such as wantan mee, prawn mee and curry mee. Note that curry mee is only available on Monday, Thursday and Friday. 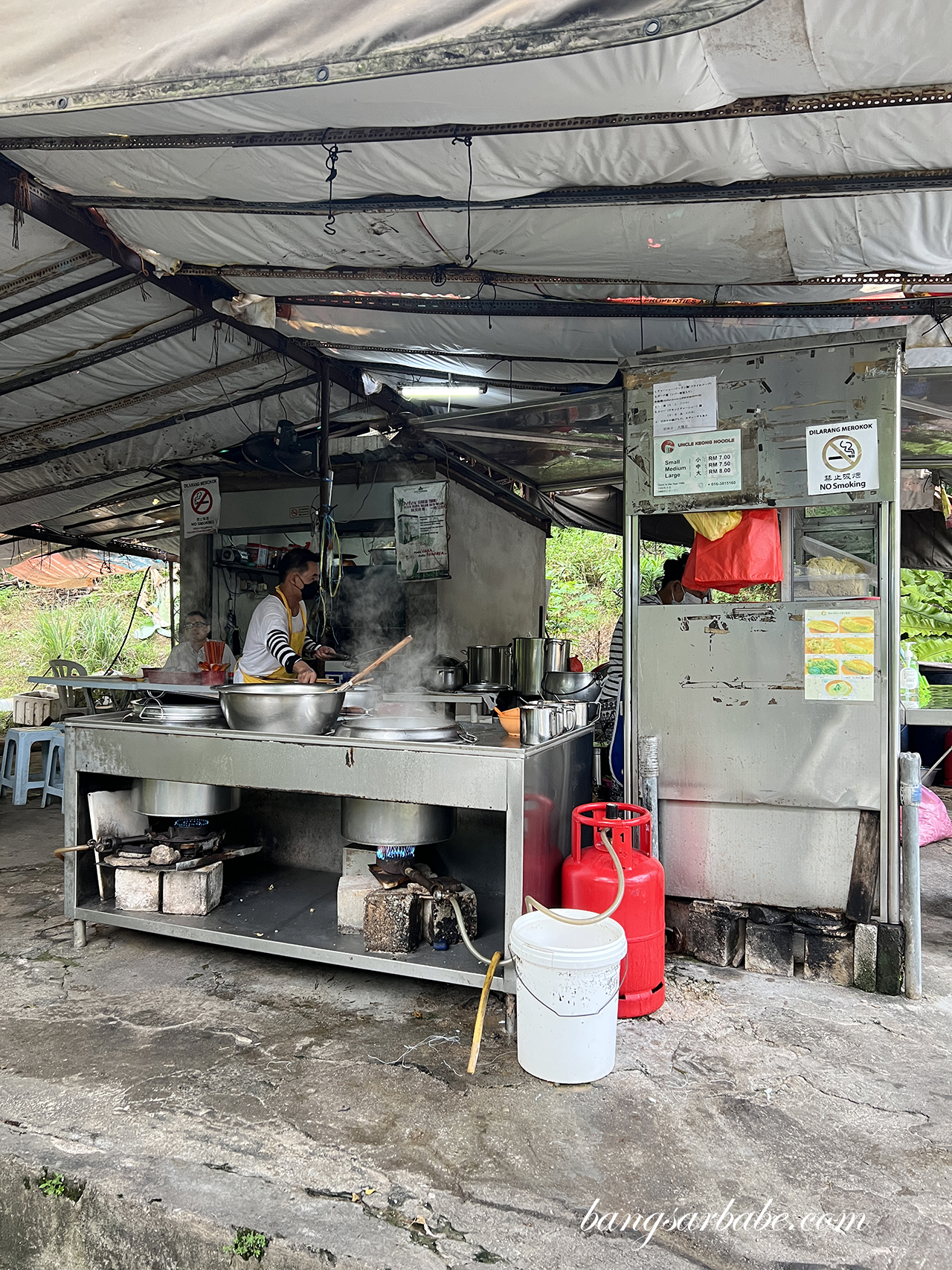 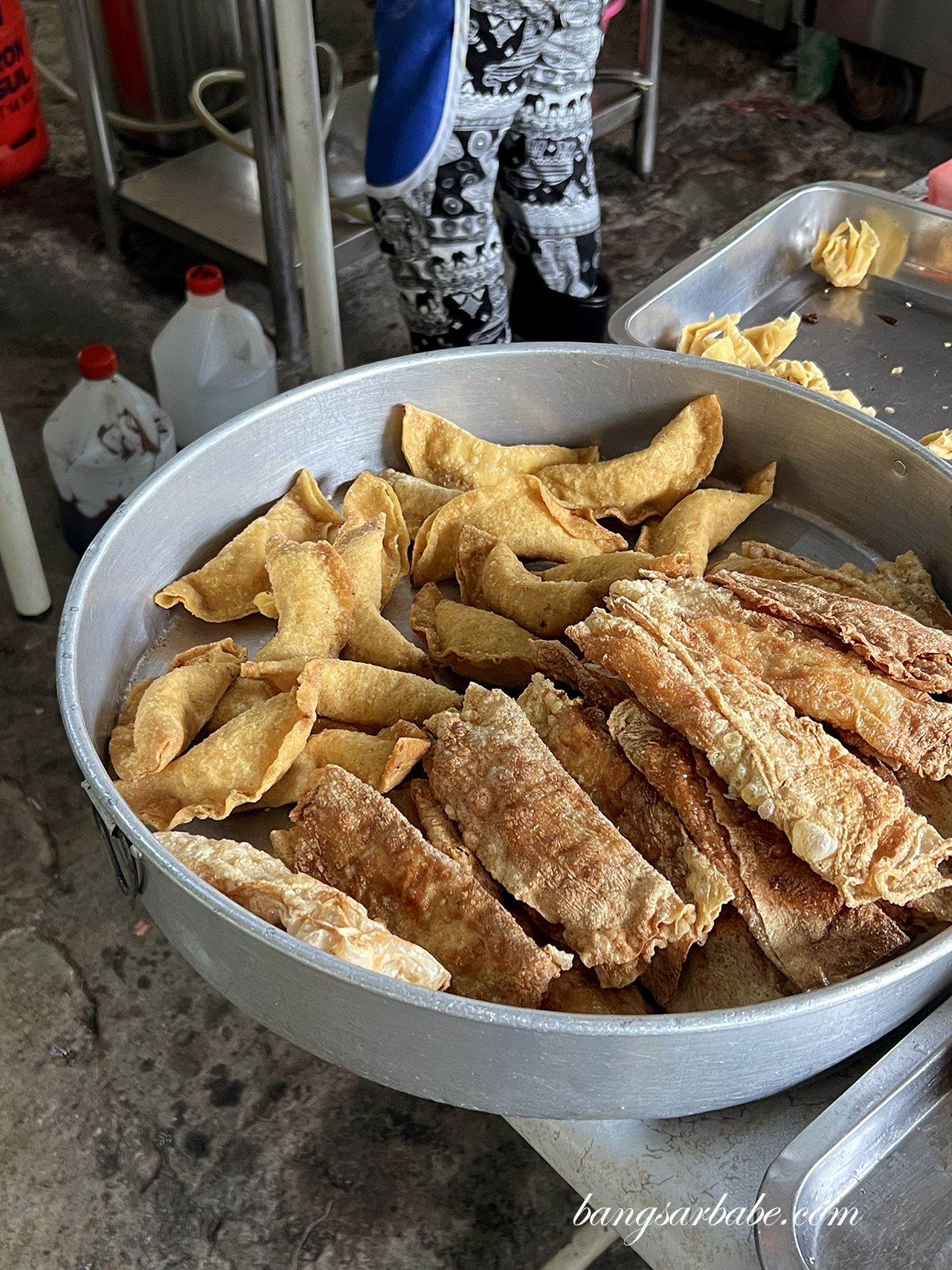 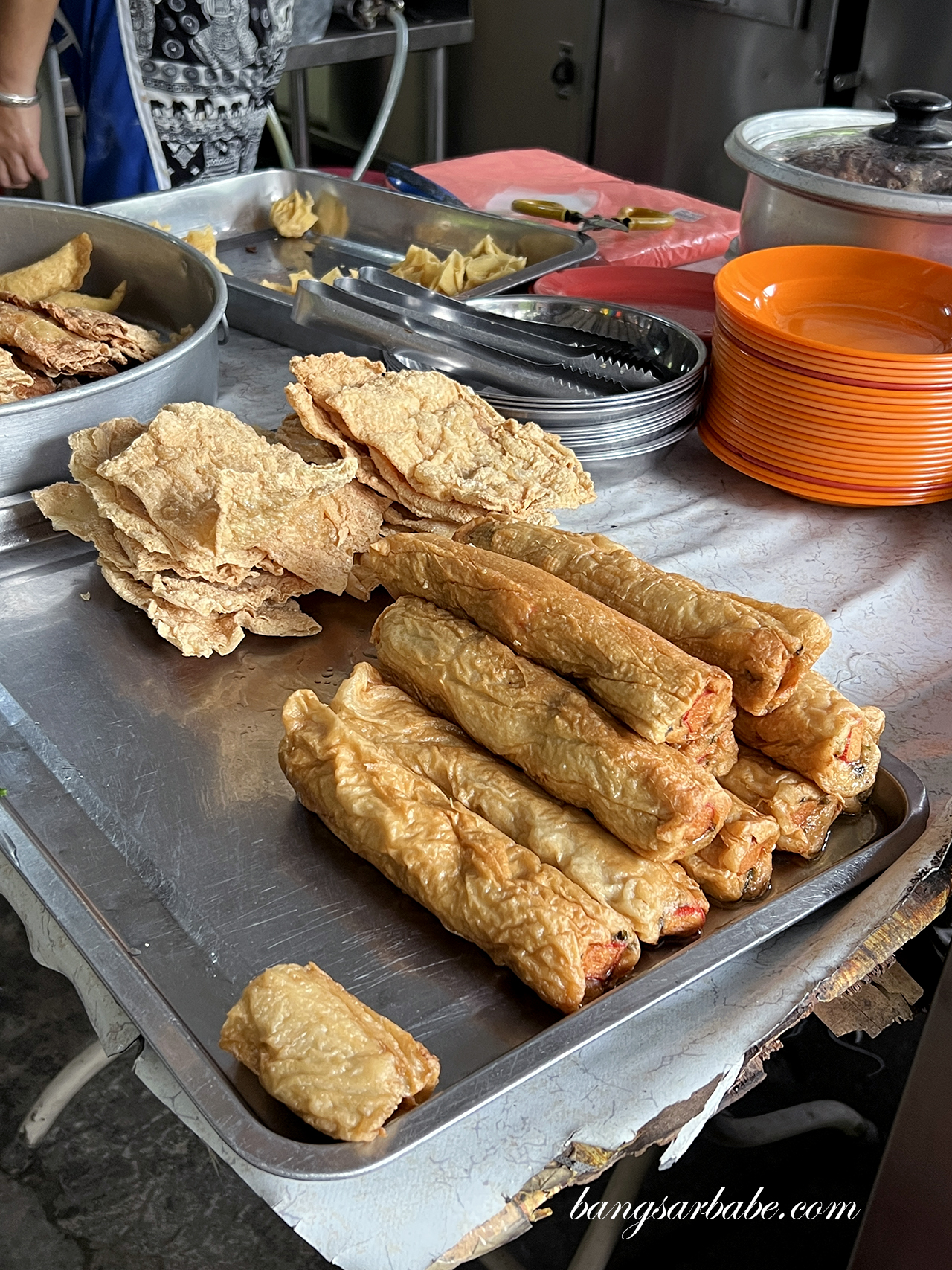 Fried wantan, sui kow, fuchuk and seafood roll are available too and they go quite well with noodles. You’ll need to pick the items you want and pass the plate to the aunty who would then serve it to you with the noodles of your choice. 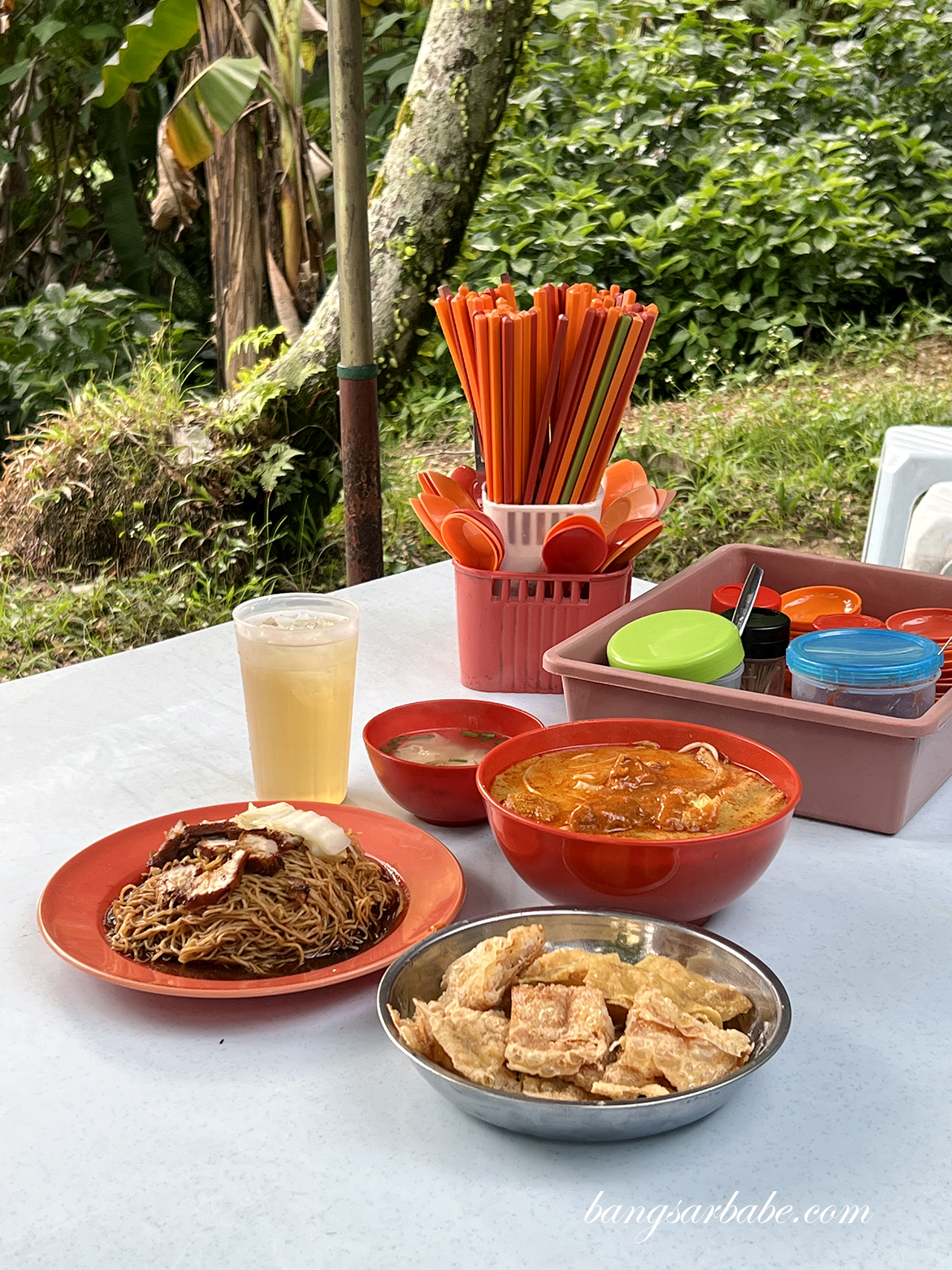 Breakfast for two at Uncle Keong 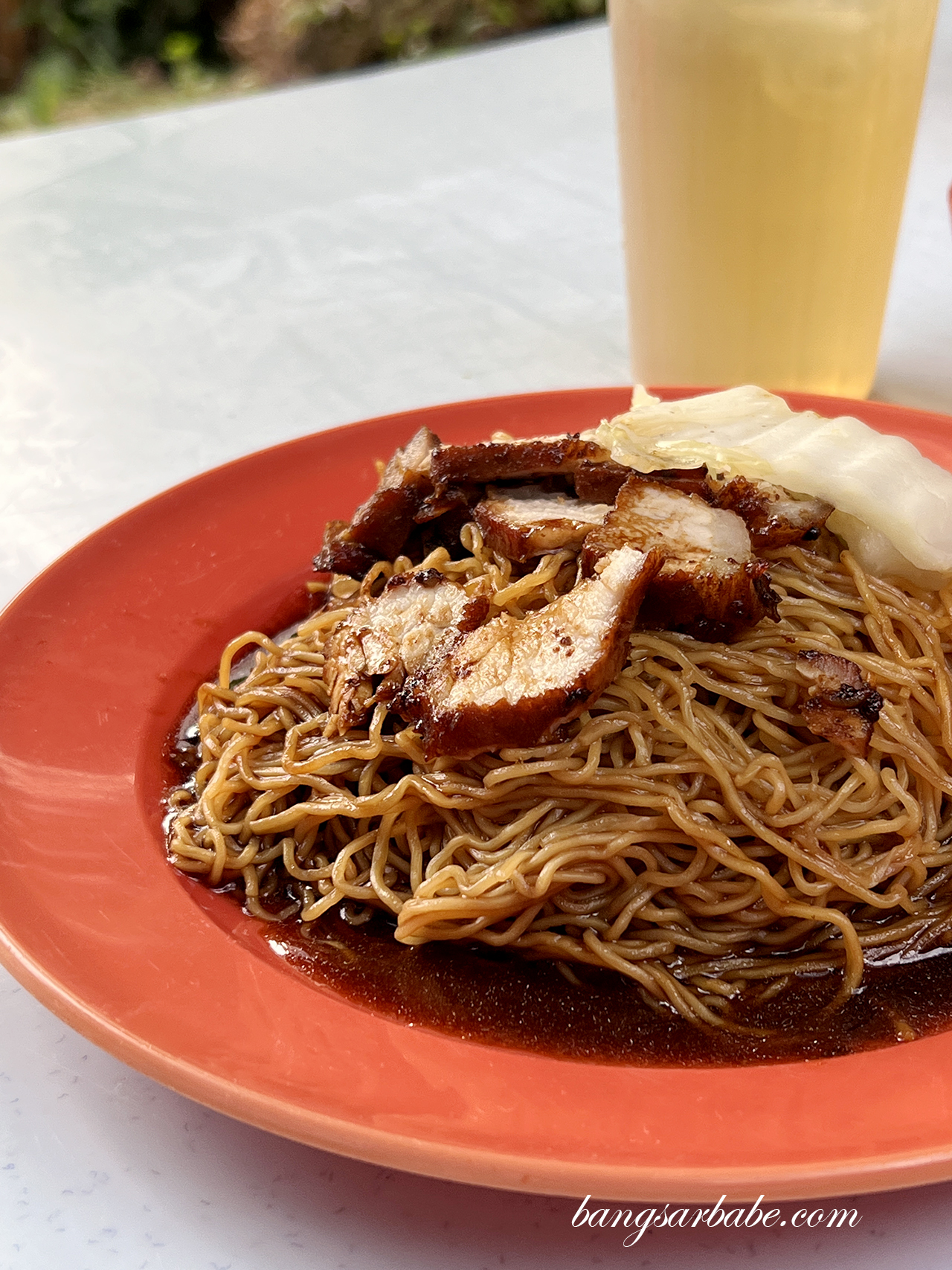 Jien and I opted for the wantan mee and curry mee, along with some fried sui kow and fuchuk. The wantan mee is good stuff. We asked for char siew wantan mee and the noodles came coated in this thick, rich gravy – it’s from the stewed chicken feet so there’s plenty of depth and richness from the sauce. 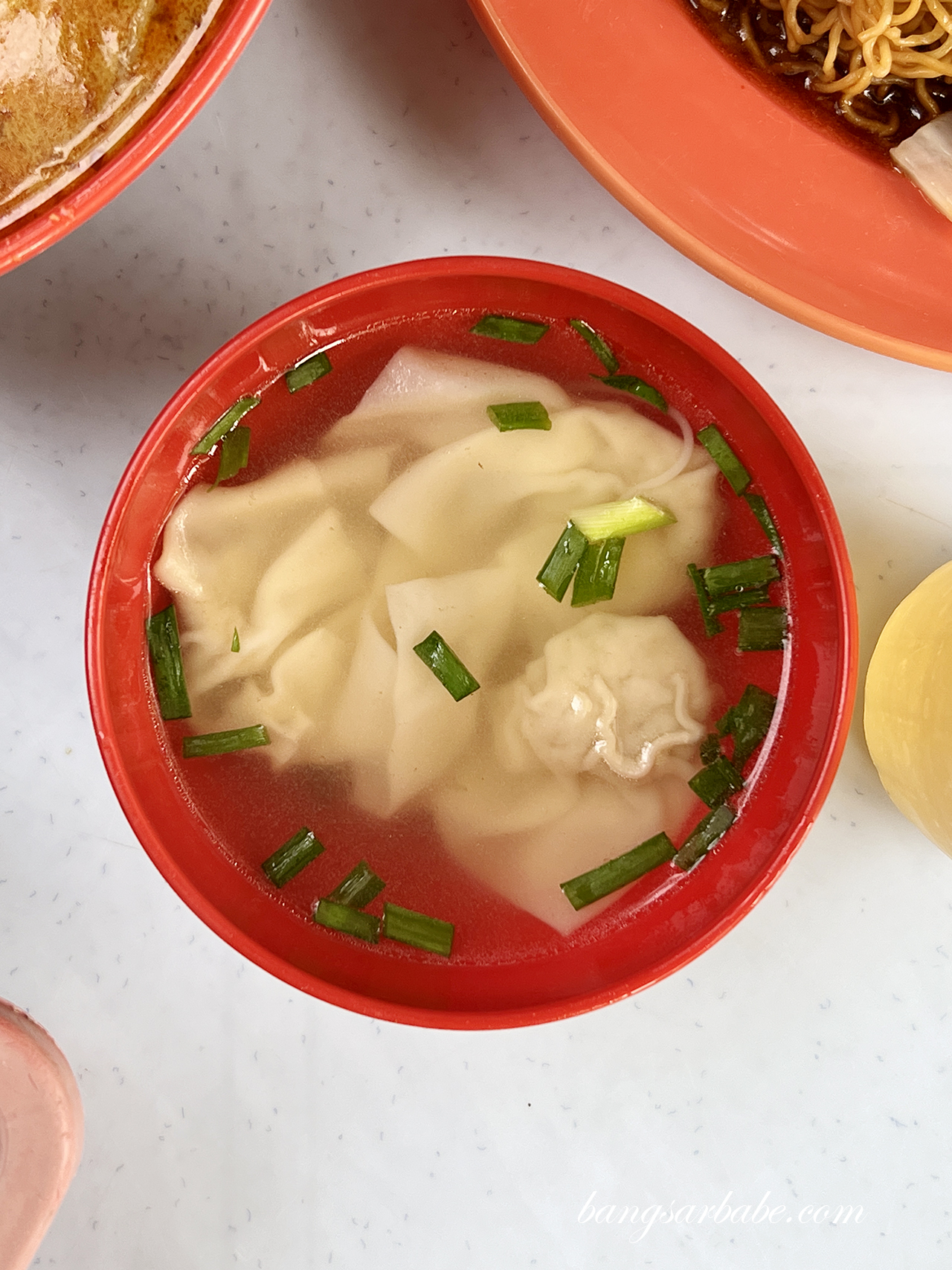 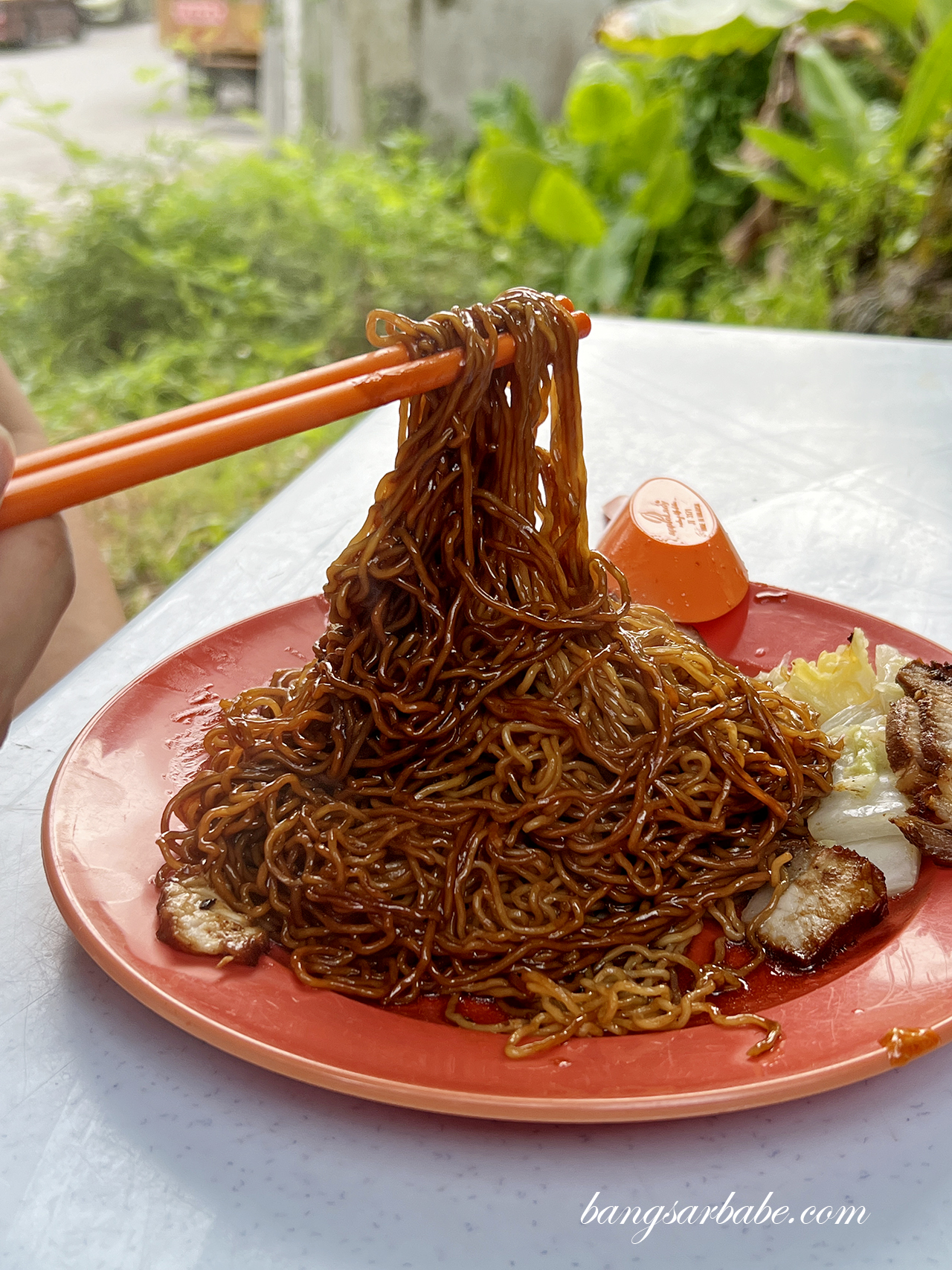 The gravy used is thick and “lemak” from the chicken feet

Definitely my number one spot for wantan mee in Klang Valley at the moment, as Uncle Keong Noodle Stall ticks all the right boxes. In terms of noodle quality, they clearly don’t make their own but the gravy and cooking method makes up for that. This tastes delicious when eaten on the spot and even as a takeaway. I ordered a packet to go for the kids and a few hours later, the wantan mee didn’t clump together. 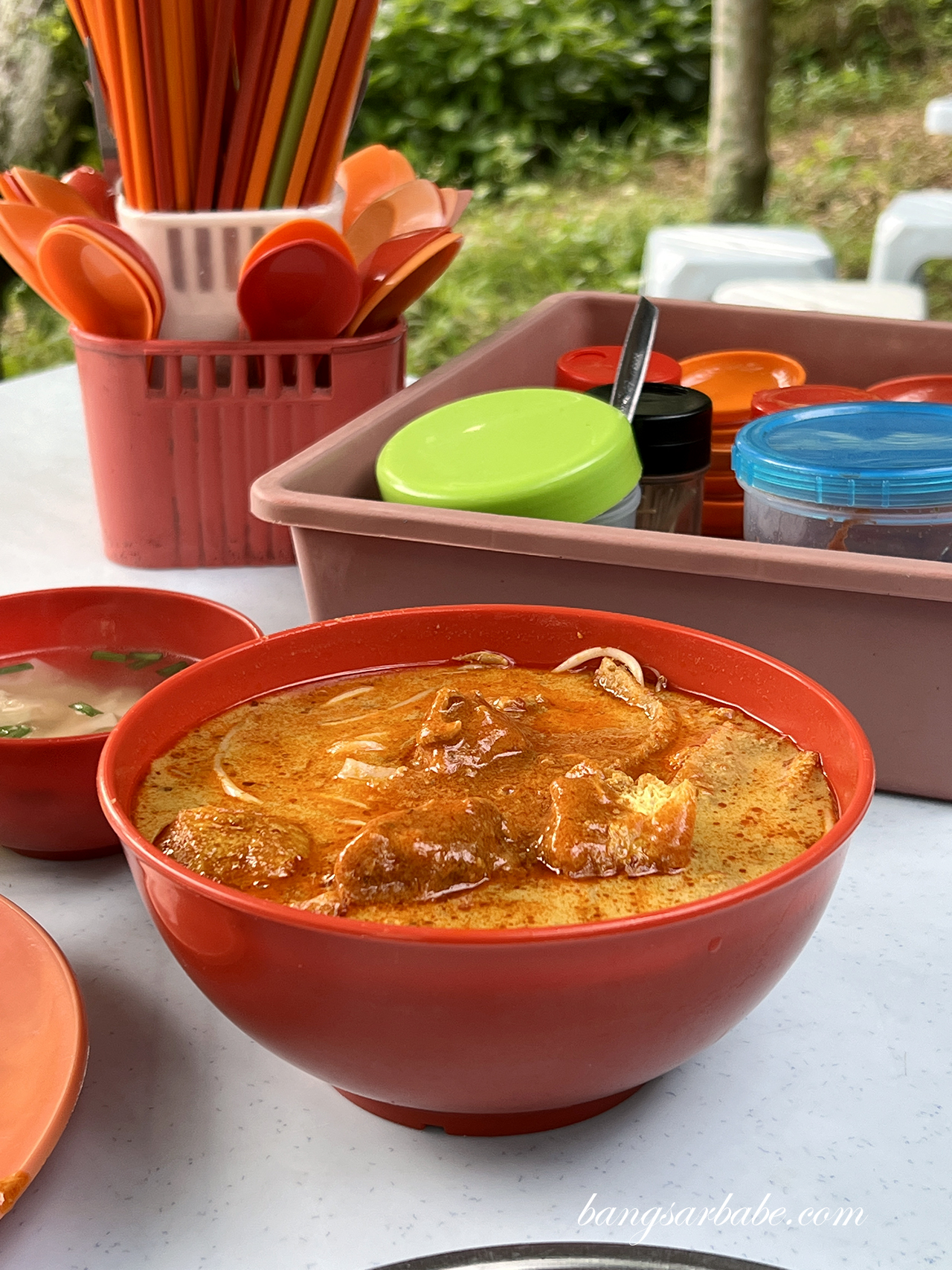 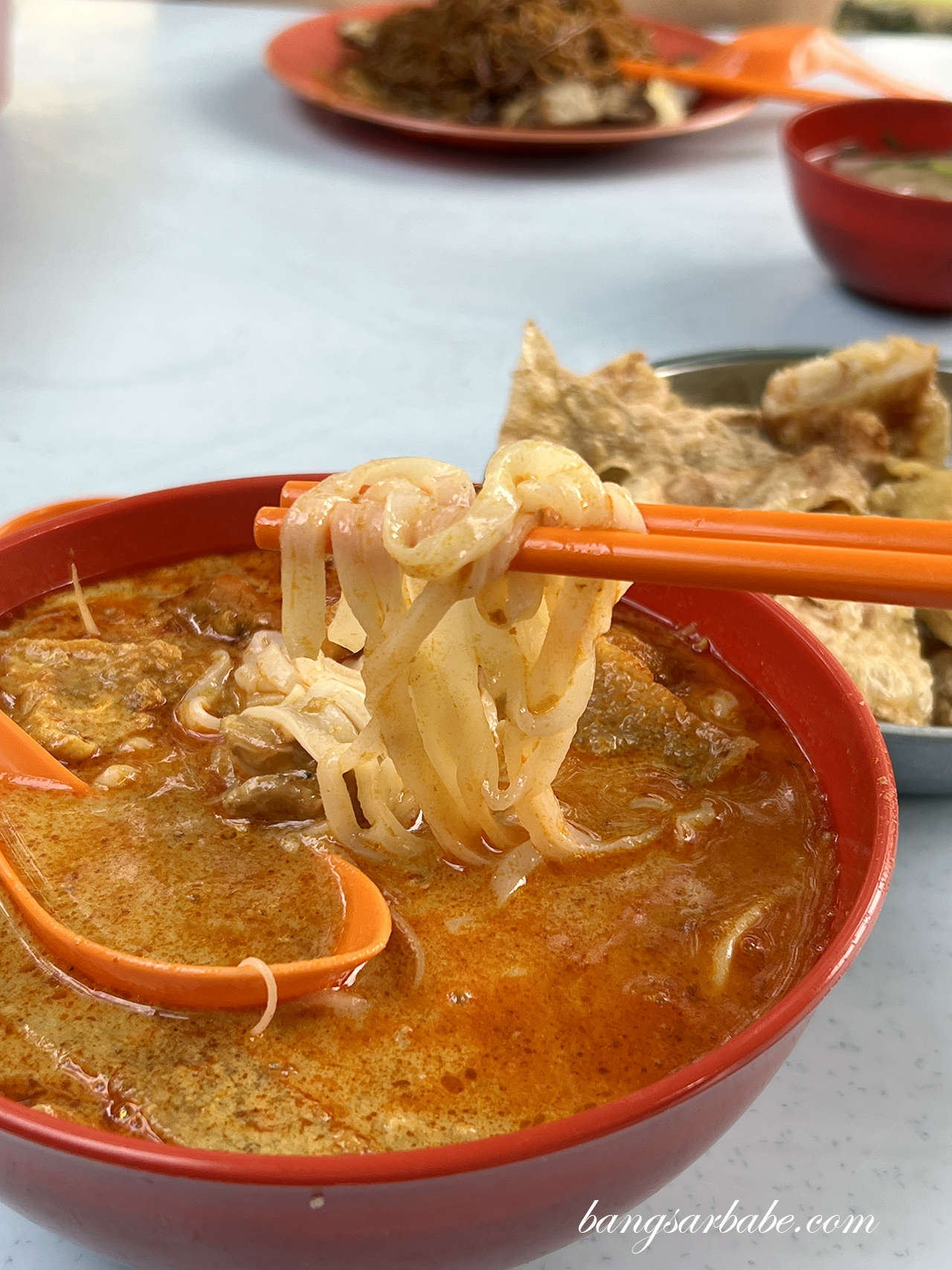 Uncle Keong Noodle Stall serves KL-style curry mee and at first glance, the noodles seem relatively unassuming. Topped with slices of pig’s skin and chicken pieces, the first sip of curry broth won me over. It was moderately thick but packed plenty of spices from the curry gravy, which is topped over the noodles for extra oomph. 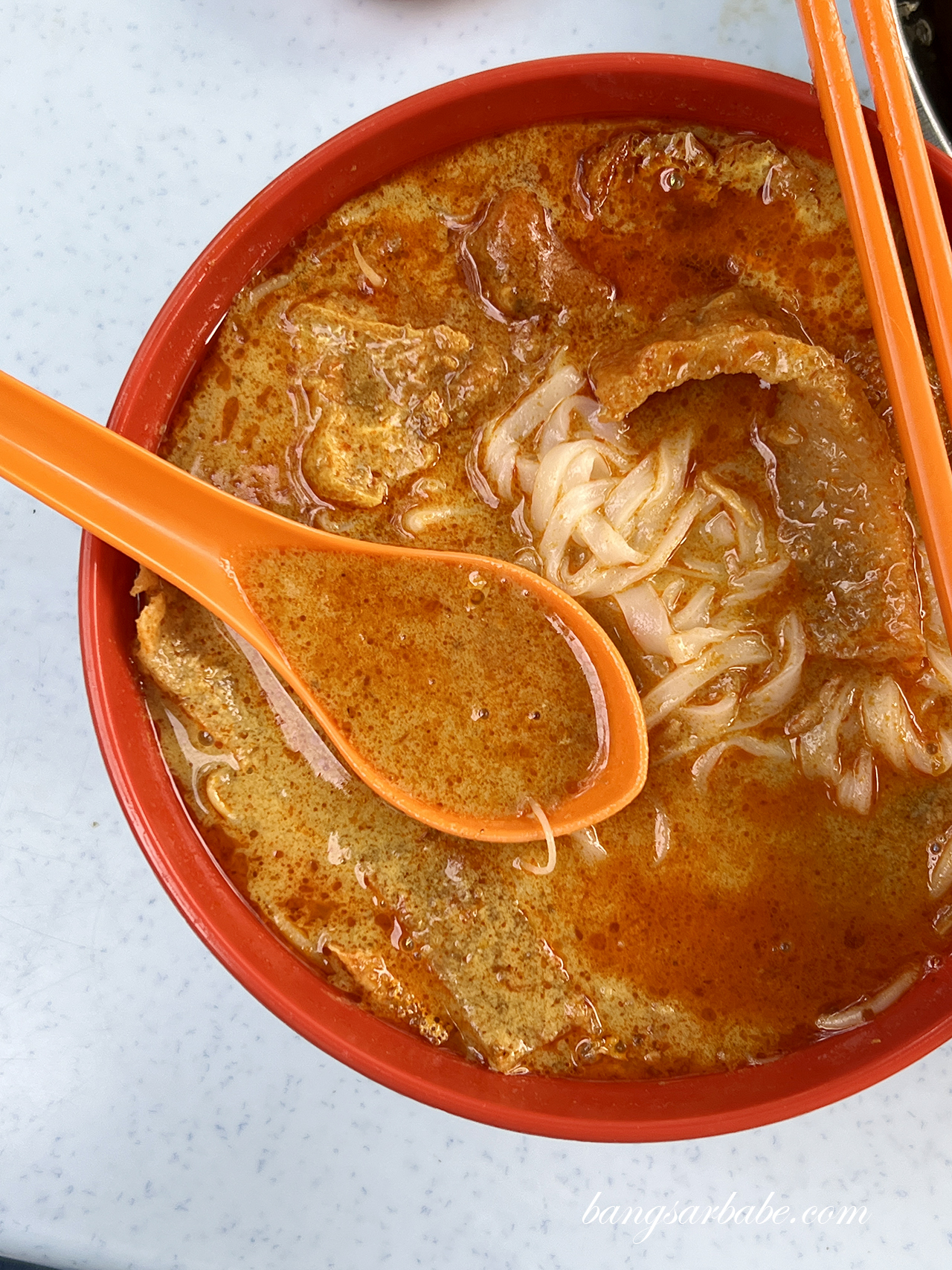 The broth is spicy and slightly sweet, but I wished there was a bit more santan to add to the richness overall. That said, it’s still a good bowl of curry mee and one I would gladly eat every Monday, Thursday and Friday! 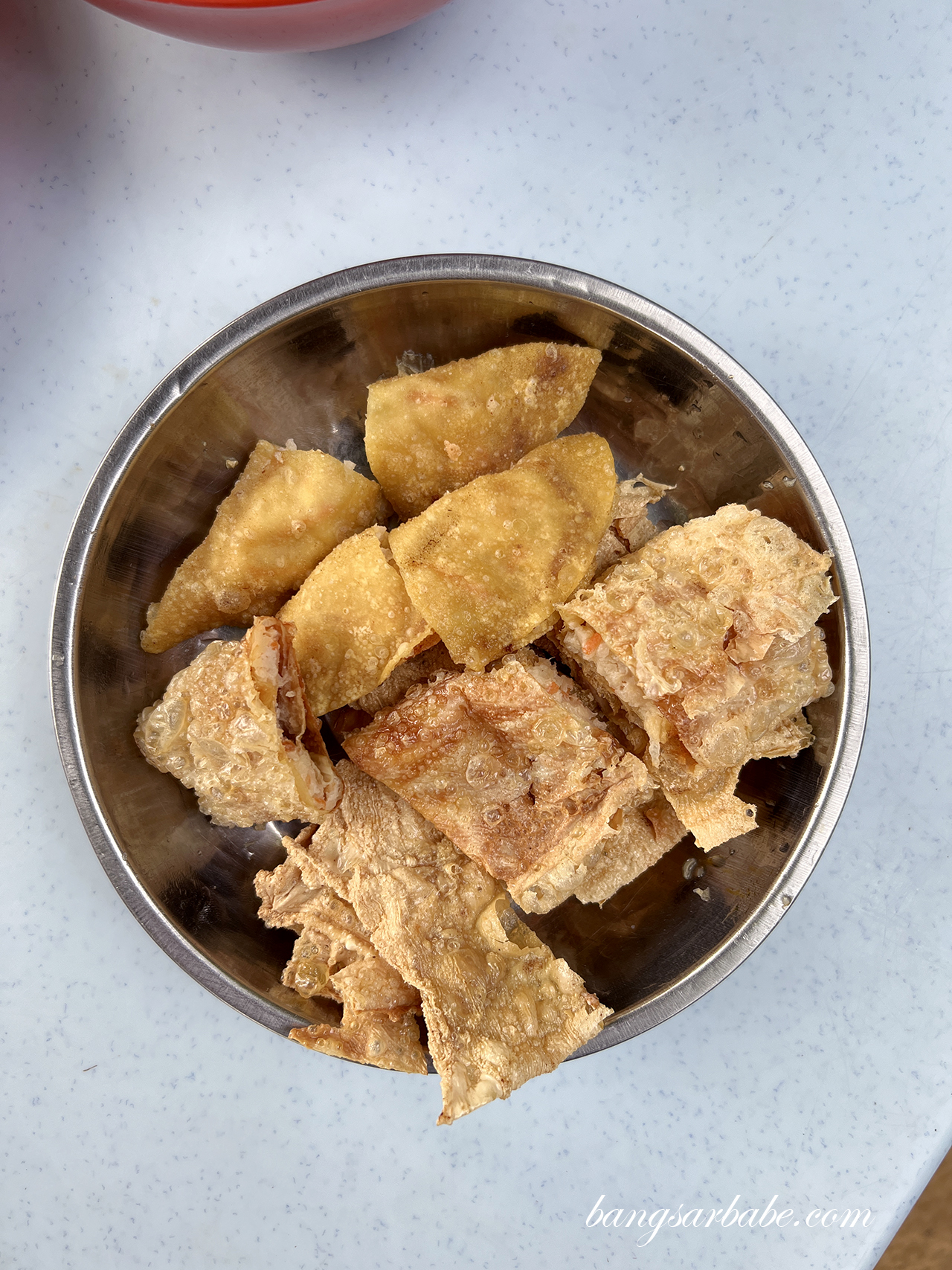 Regulars were dipping their selected fried items into curry broth and we did the same. While the fried treats are pretty standard, they go well with the robust curry broth. I was told the prawn mee is also very good and I tried it on my subsequent visit (as a takeaway). It was delicious and worth checking out, though not quite Penang style so please bear that in mind. 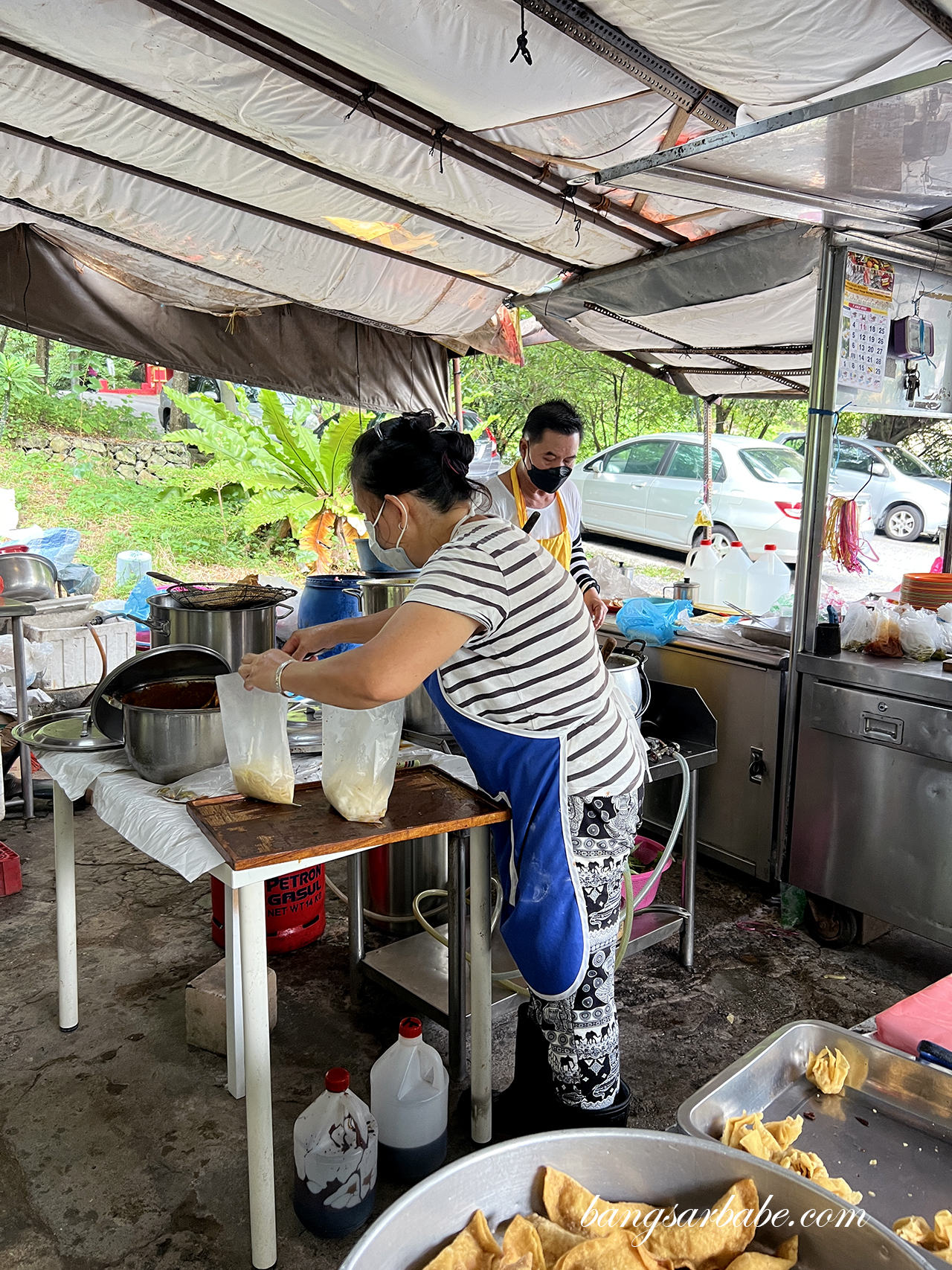 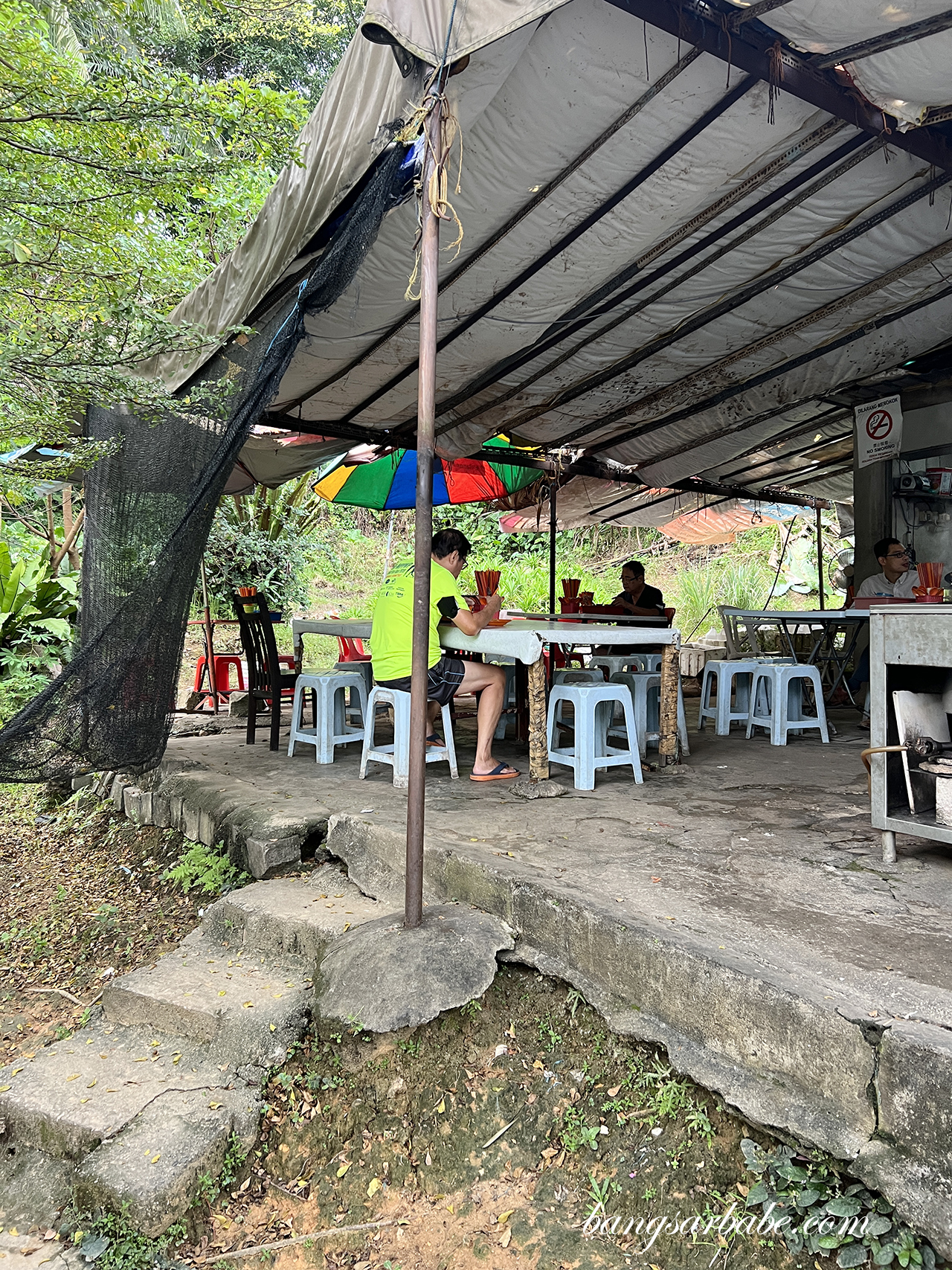 Prices are fairly reasonable – a small portion is RM7, medium RM7.50 and large RM8. Go there early as I heard they run out of noodles quite quickly. I’d say 8am is the best time to dine at Uncle Keong Noodle Stall, as you get to enjoy some peace and quiet amidst nature…before the sun comes out to play. 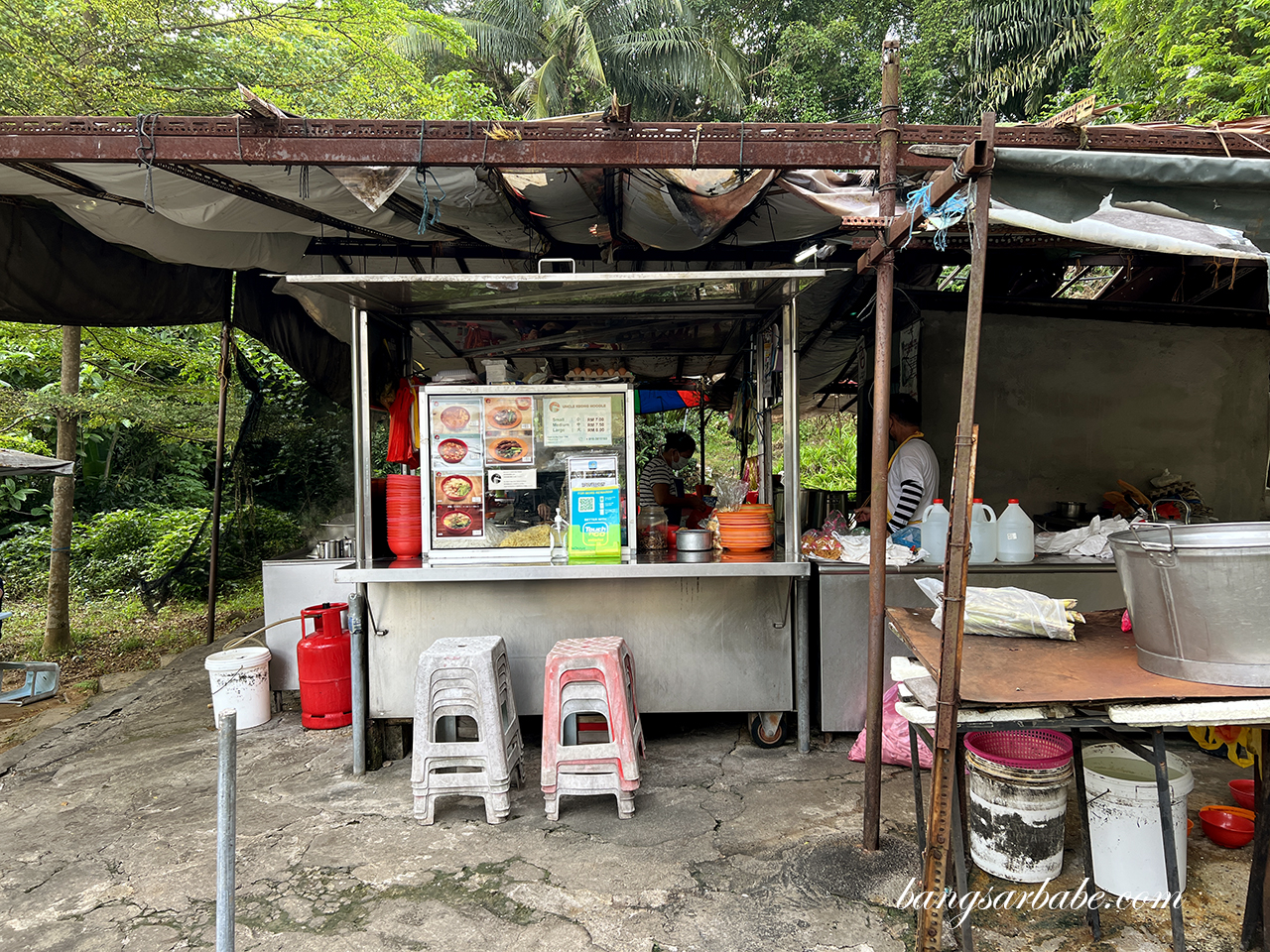