I was told by my brother and father about the food at Cheong Hin in Seri Kembangan – apparently the place is known for their steamed fish and curry fish head. We went there for the first time after an outing at a petting zoo nearby, with my brother and his family. 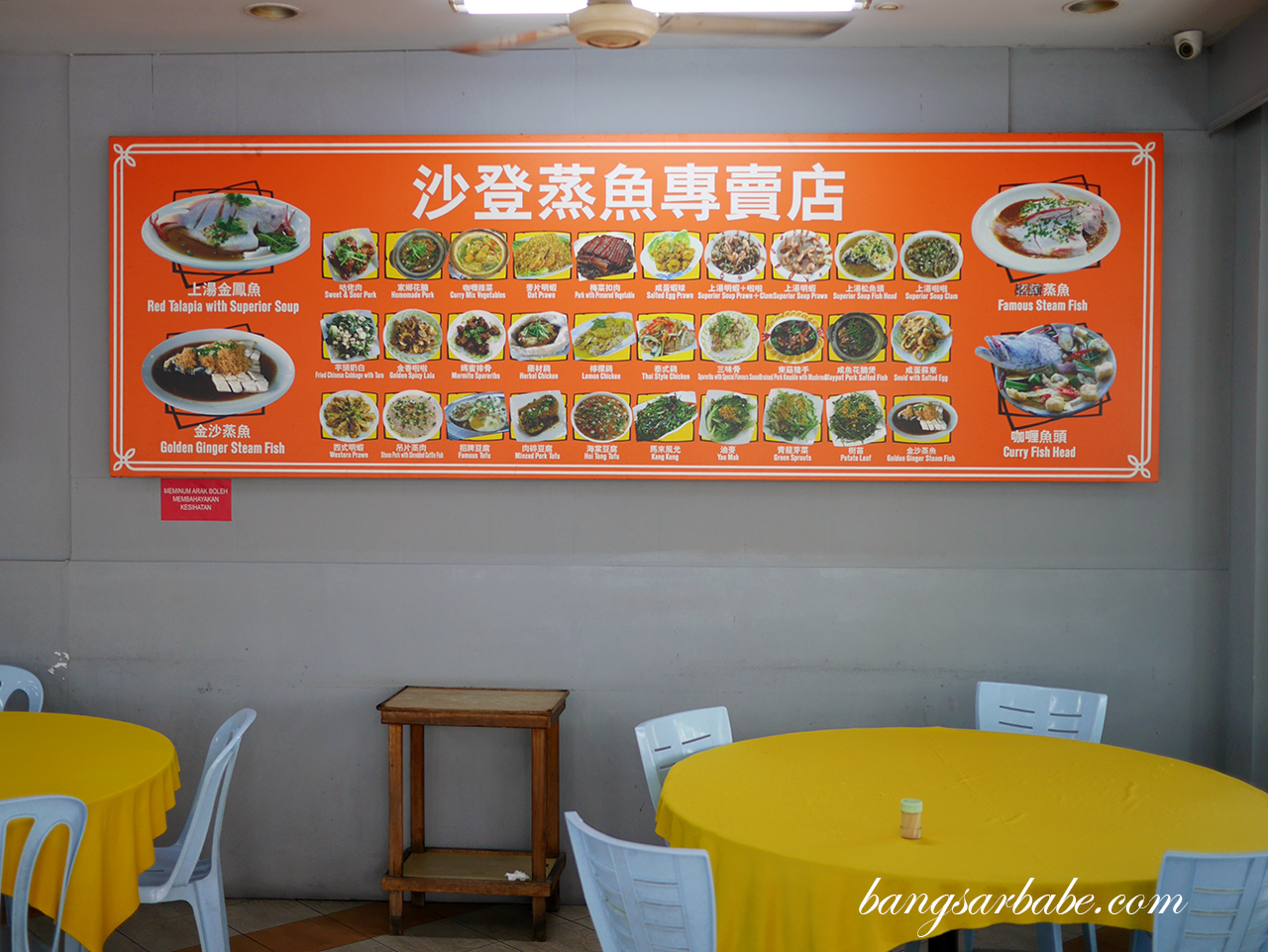 At 12.30pm, three to four tables were occupied with patrons tucking into Cheong Hin’s signatures; steamed fish and curry fish head on top of other items. We ordered a whole steamed garoupa with lala, claypot curry vegetables, pork knuckle and claypot tofu to share. 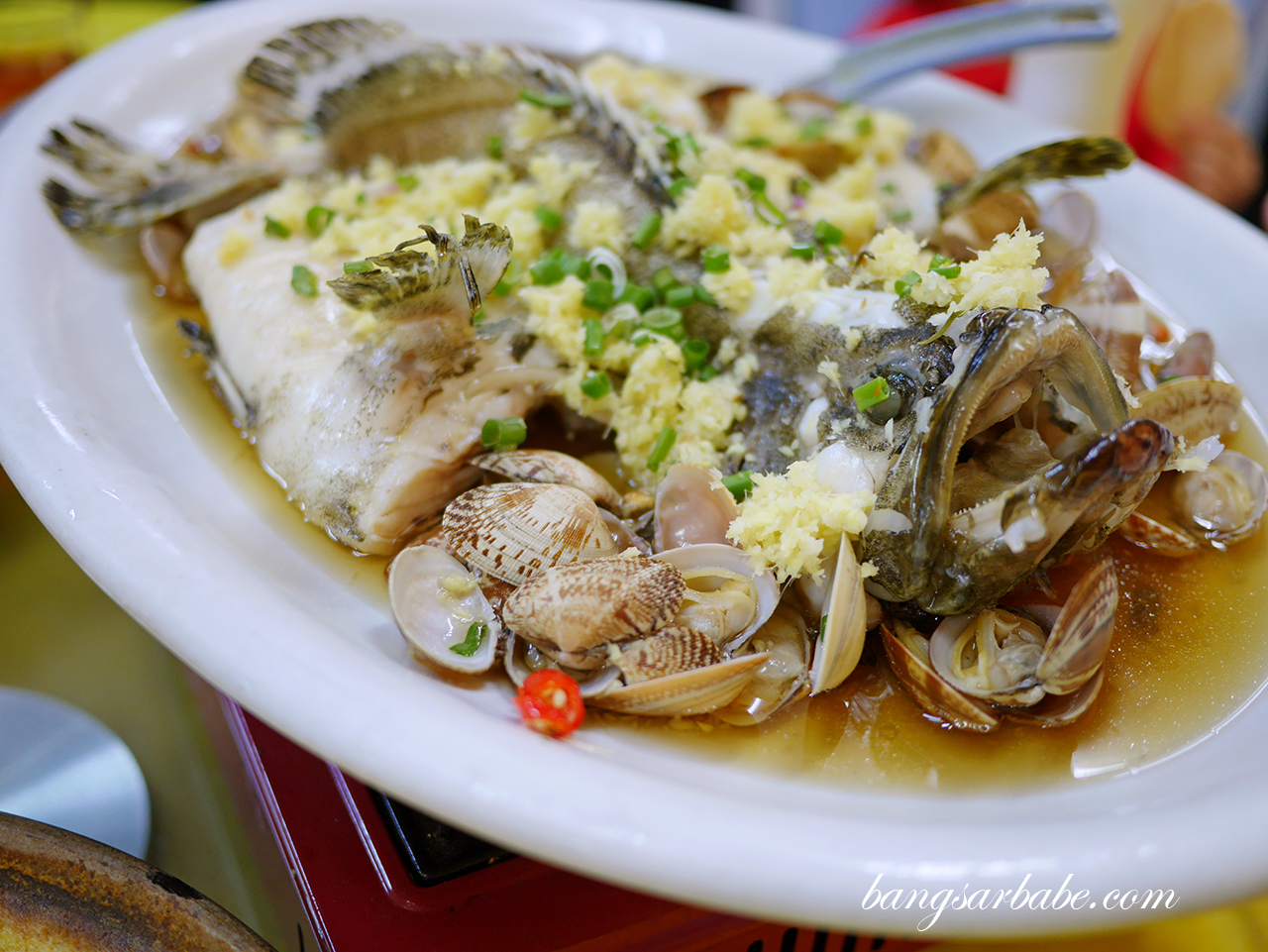 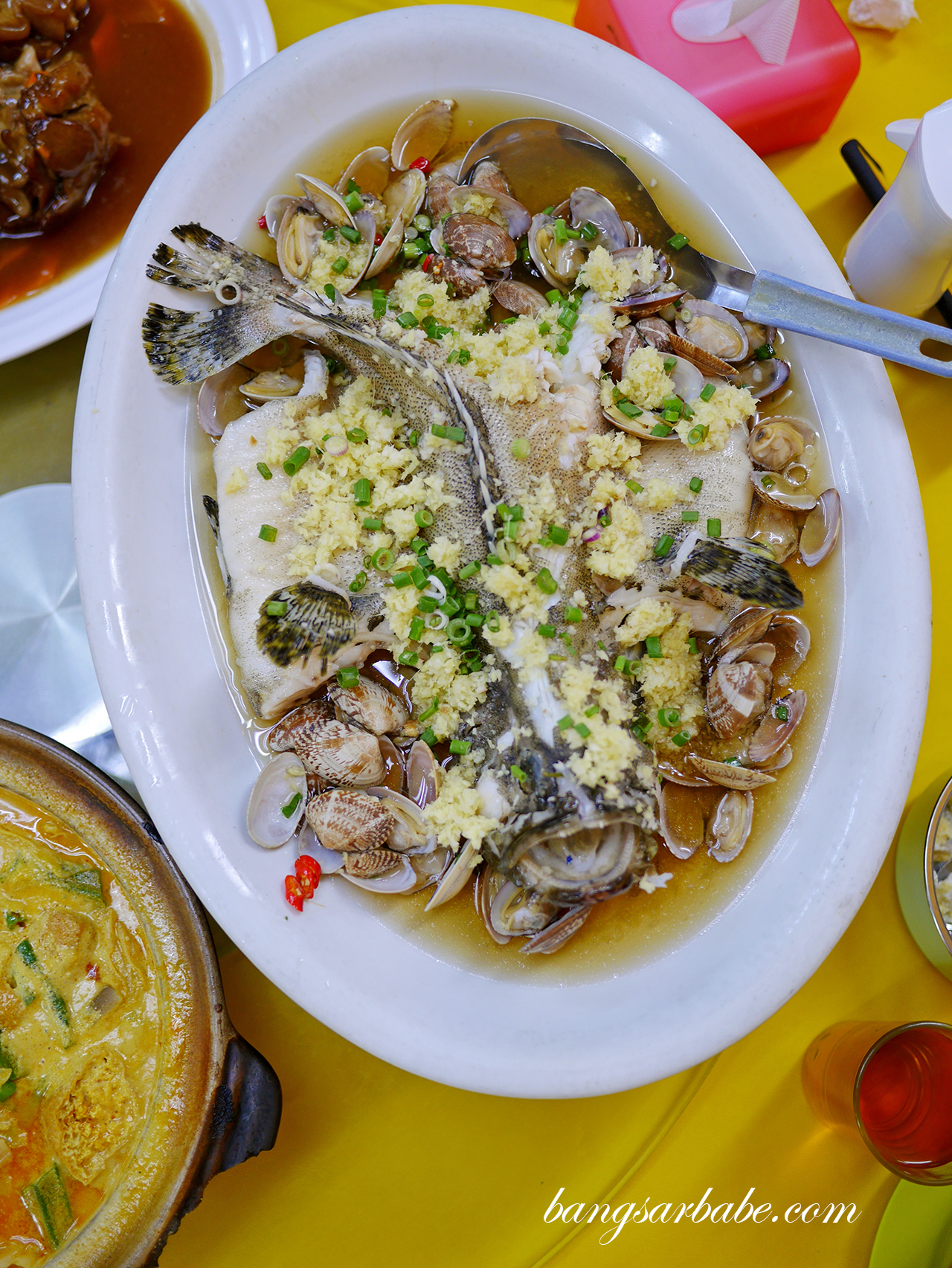 Portion is good for 5-6 pax

The steamed garoupa came in a light soy base with minced ginger and garlic; and the lala was relatively fresh and meaty. I also thought the fish was fresh, firm and sweet. Jien liked the seasoning for this but I would have preferred more ginger for that fiery kick. Overall, it was quite a good steamed fish dish. 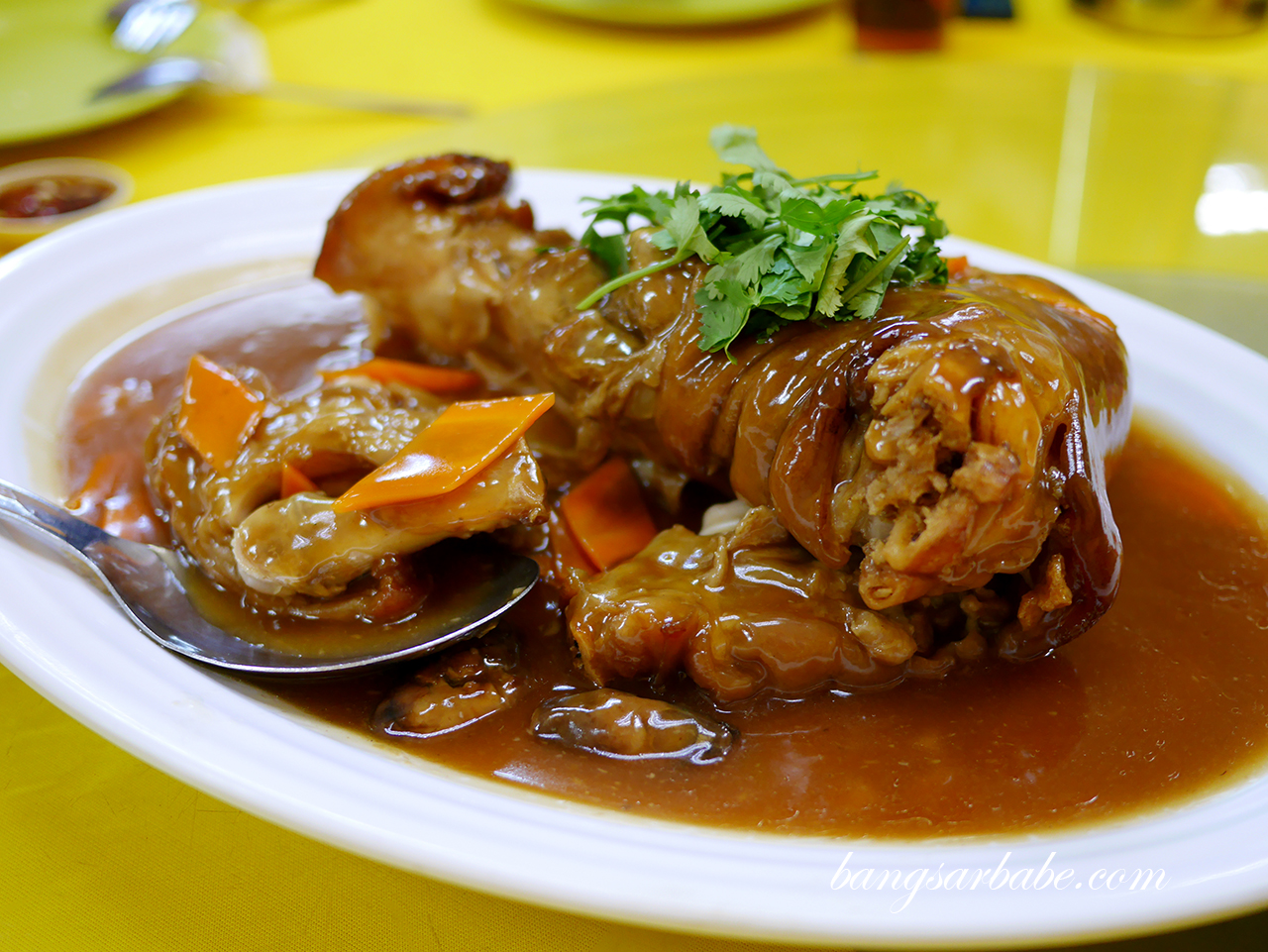 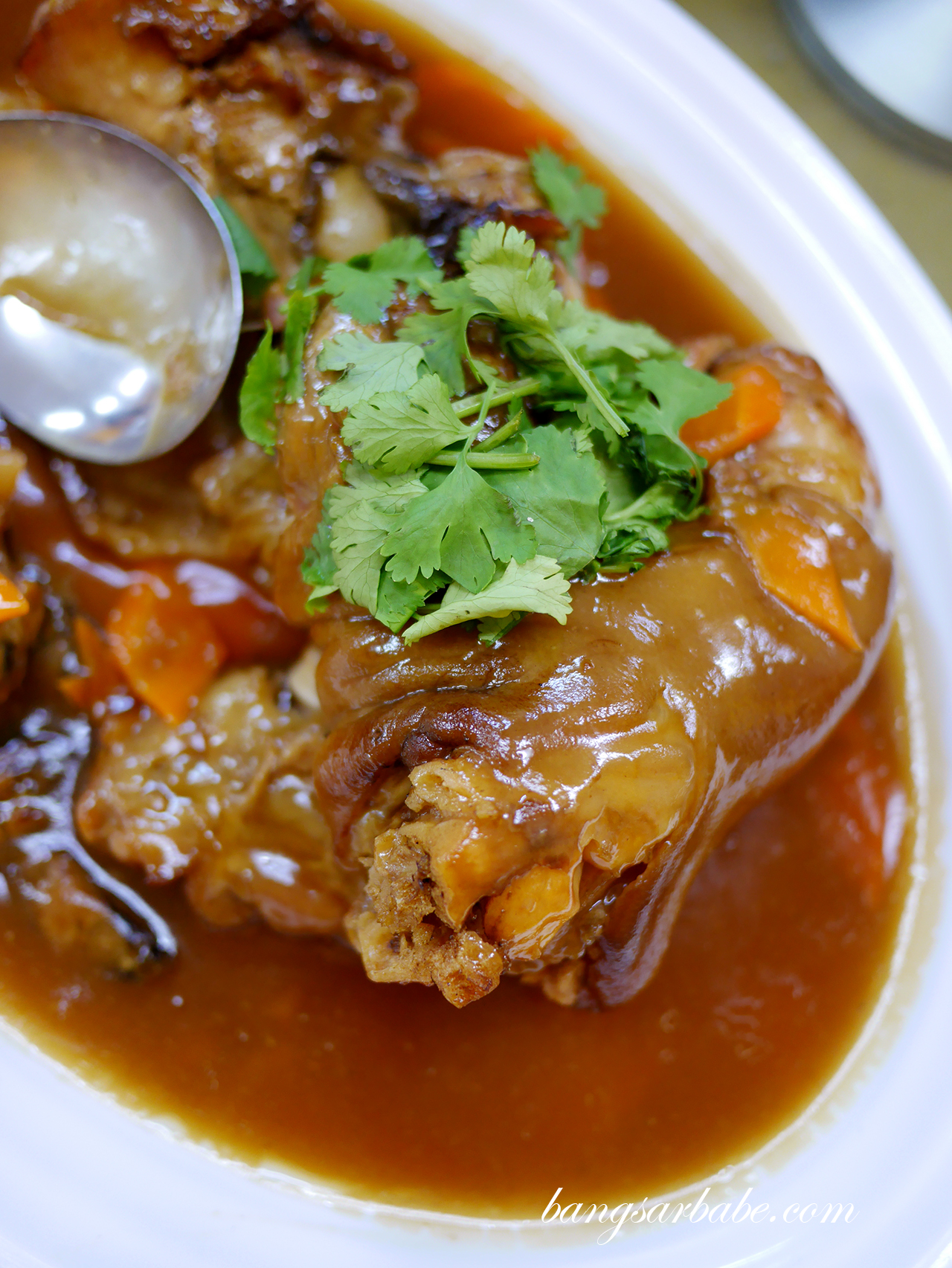 Not a fan of this

I didn’t care much for the braised pork knuckle which happens to be highly recommended by the owner of Cheong Hin. It was stuffed with dried oysters for flavour but overall, the gravy was rather flat tasting and mostly starchy. The oysters didn’t do much for in terms of flavour and I found some parts of the pork dry and stringy. I wouldn’t order this again. 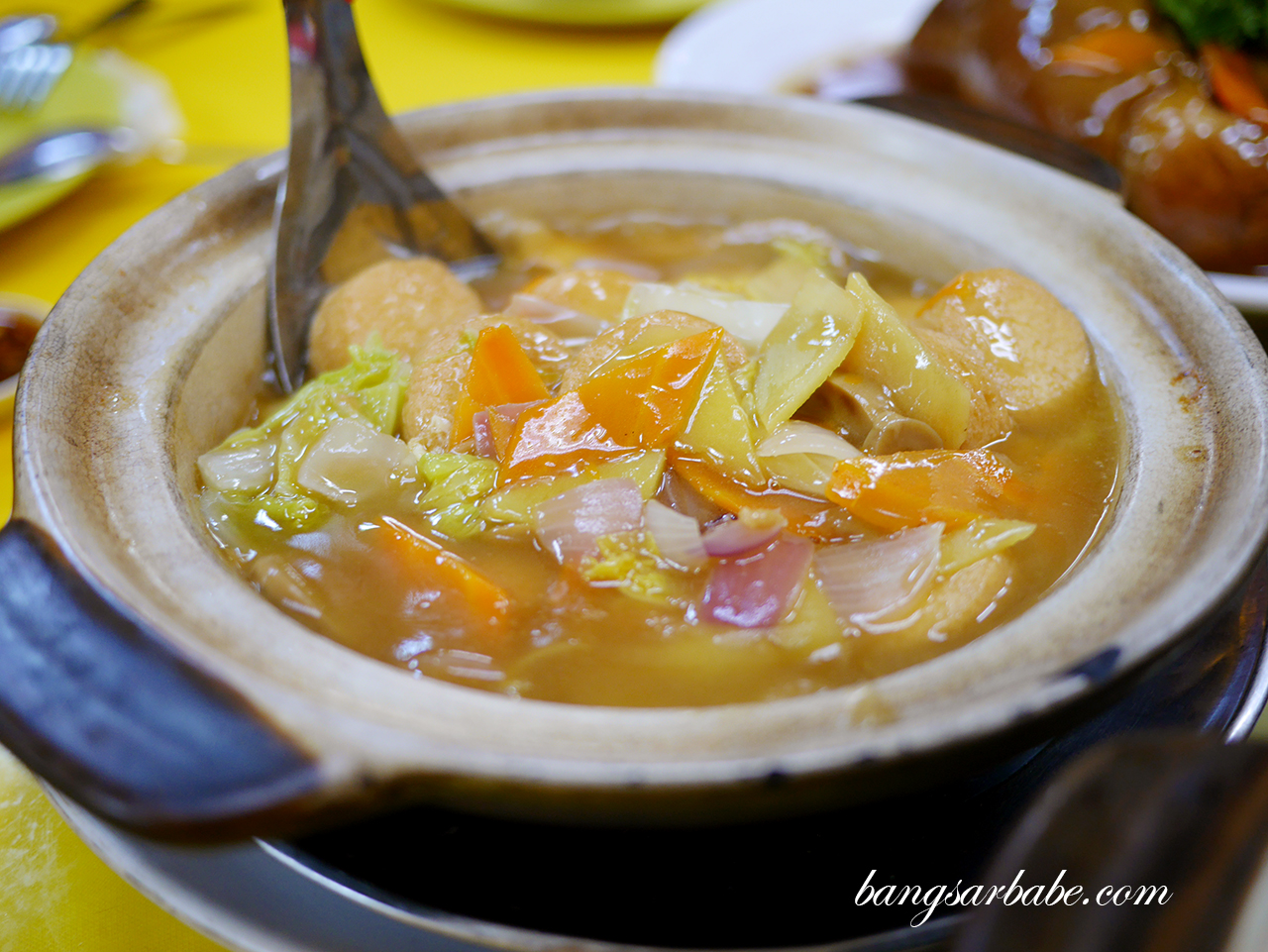 The claypot tofu wasn’t bad but it was nothing to shout about either. It was something we ordered because it’s child-friendly, plus both Jien and I love eating tofu. 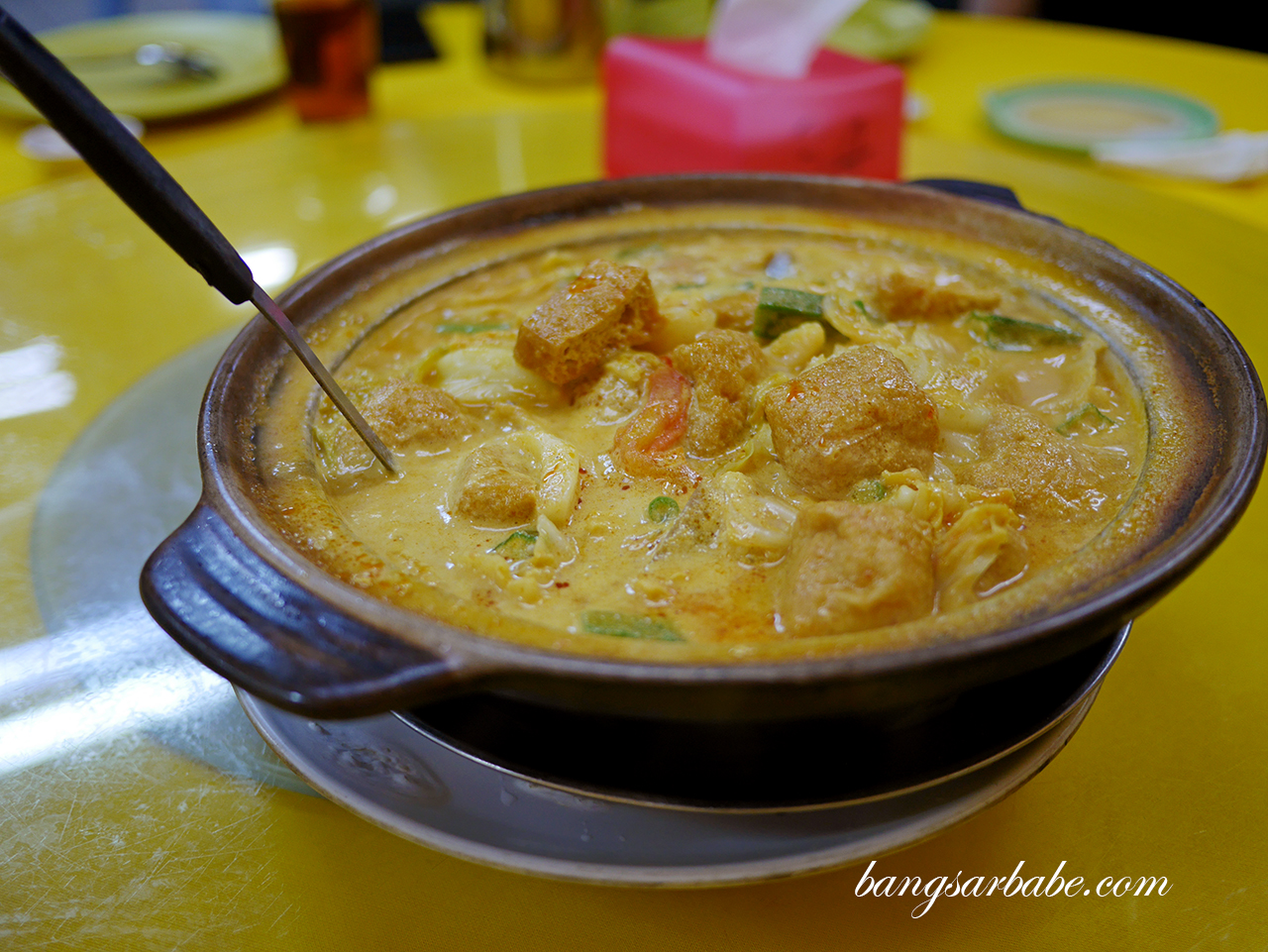 Now, let’s talk curry. I figured since we already ordered a whole steamed fish, it didn’t make sense to order another dish with fish – claypot fish head curry. So we opted for claypot vegetable curry instead, because I reckon the curry flavour would be stronger (as in, not adulterated by the flavour of the fish).

Boy, was I wrong. 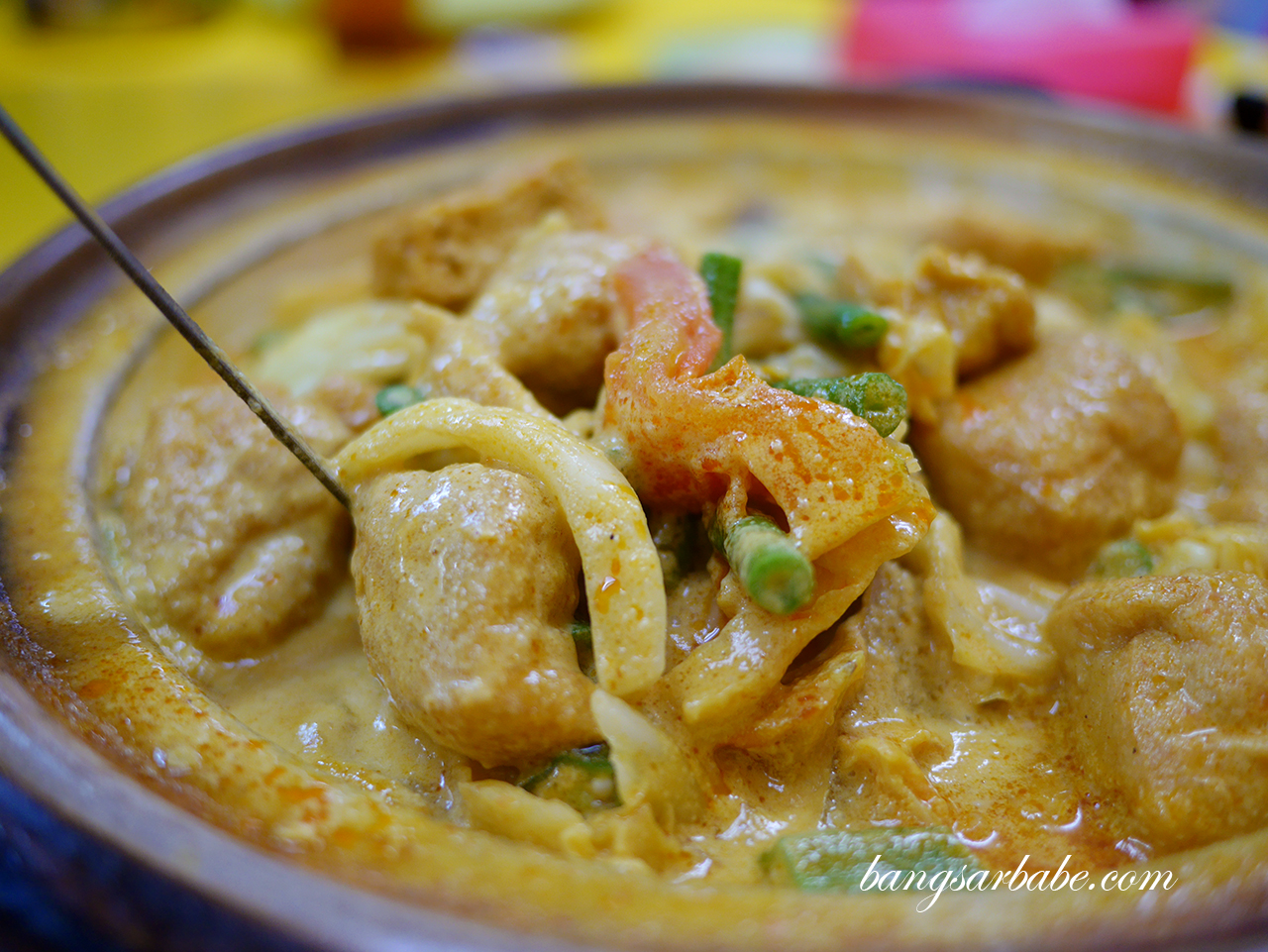 For a place that specialises in curry, Cheong Hin’s curry base tasted watered down. It didn’t packmuch aroma from the belacan or spices, and the curry gravy erred on the diluted side. I ate this with plenty of chopped chilli padi and soy sauce because the flavours just didn’t hit the spot. And even so, it didn’t quite do for me.

Service was prompt because there weren’t many tables occupied. According to my brother, they used to be crowded before MCO but I really don’t get the appeal. The curry is very, very average but their saving grace is the steamed fish with lala.

We paid RM250 for the above – I don’t have the price breakdown but I believe the fish alone was close to RM150. Not exactly cheap but when you order a whole fish, that’s roughly the price to pay these days. 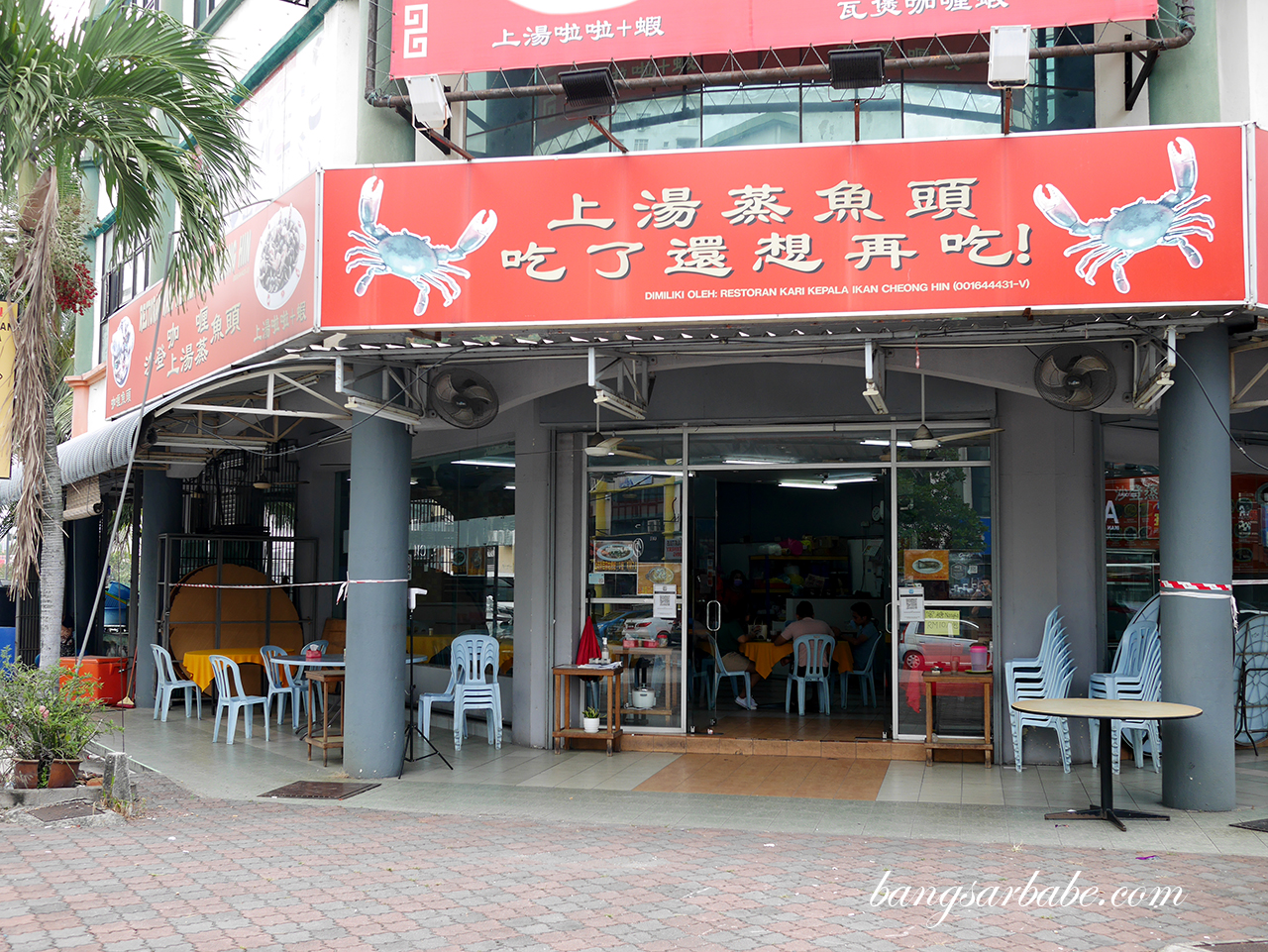