I’ve been hearing a lot about the mee goreng sotong at Rising Kopitiam in SS2 PJ – my father in-law and his group of friends eat at this coffeeshop two to three times a week. He has also bought some back home to try; I found it decent though nothing like the real deal in Penang. 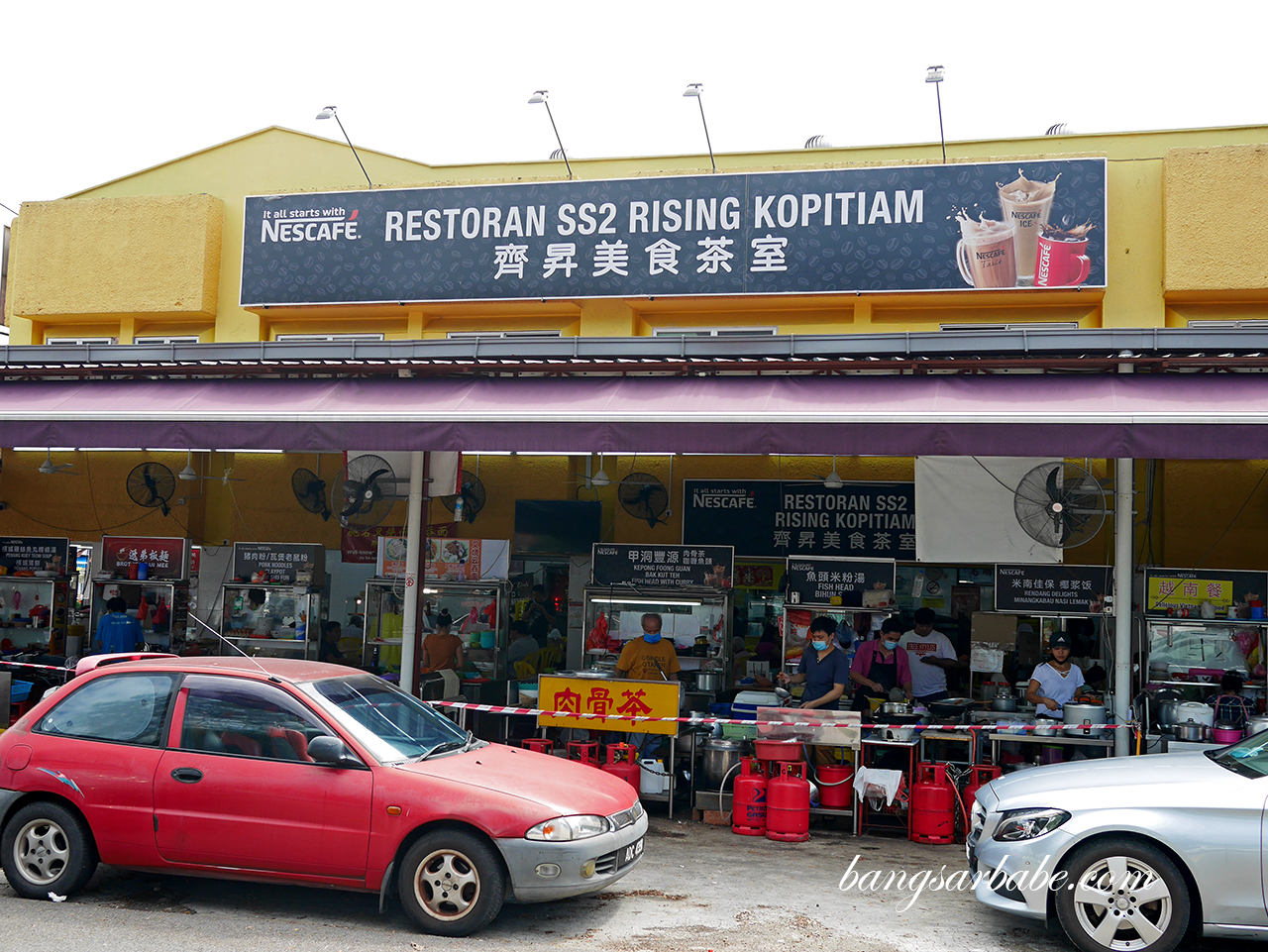 Jien and I paid Rising Kopitiam a visit a few weeks back, to try other available stalls like wantan mee, char kuay teow and the Penang white curry mee stall (which runs out all the time, according to my father in-law). On a Saturday at 10.30am, the curry mee stall ran out of siew yuk so I opted for poached chicken instead. 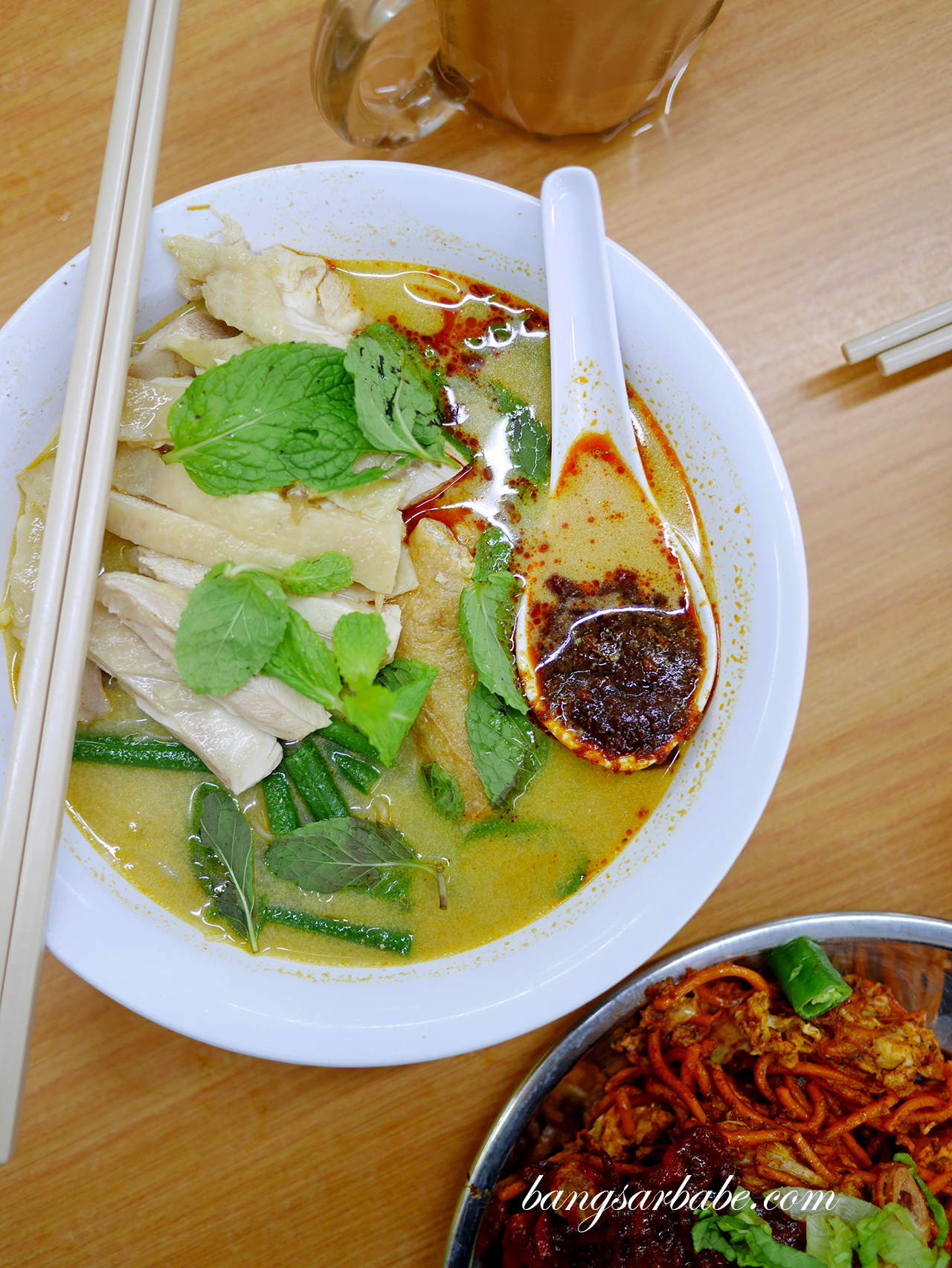 You get a good amount of chicken, tofu puffs and long beans with your choice of noodles (I asked for mee+meehoon) in light curry broth (RM7 per bowl). A spoonful of sambal accentuates the hue and supposedly gives more flavour to the broth. 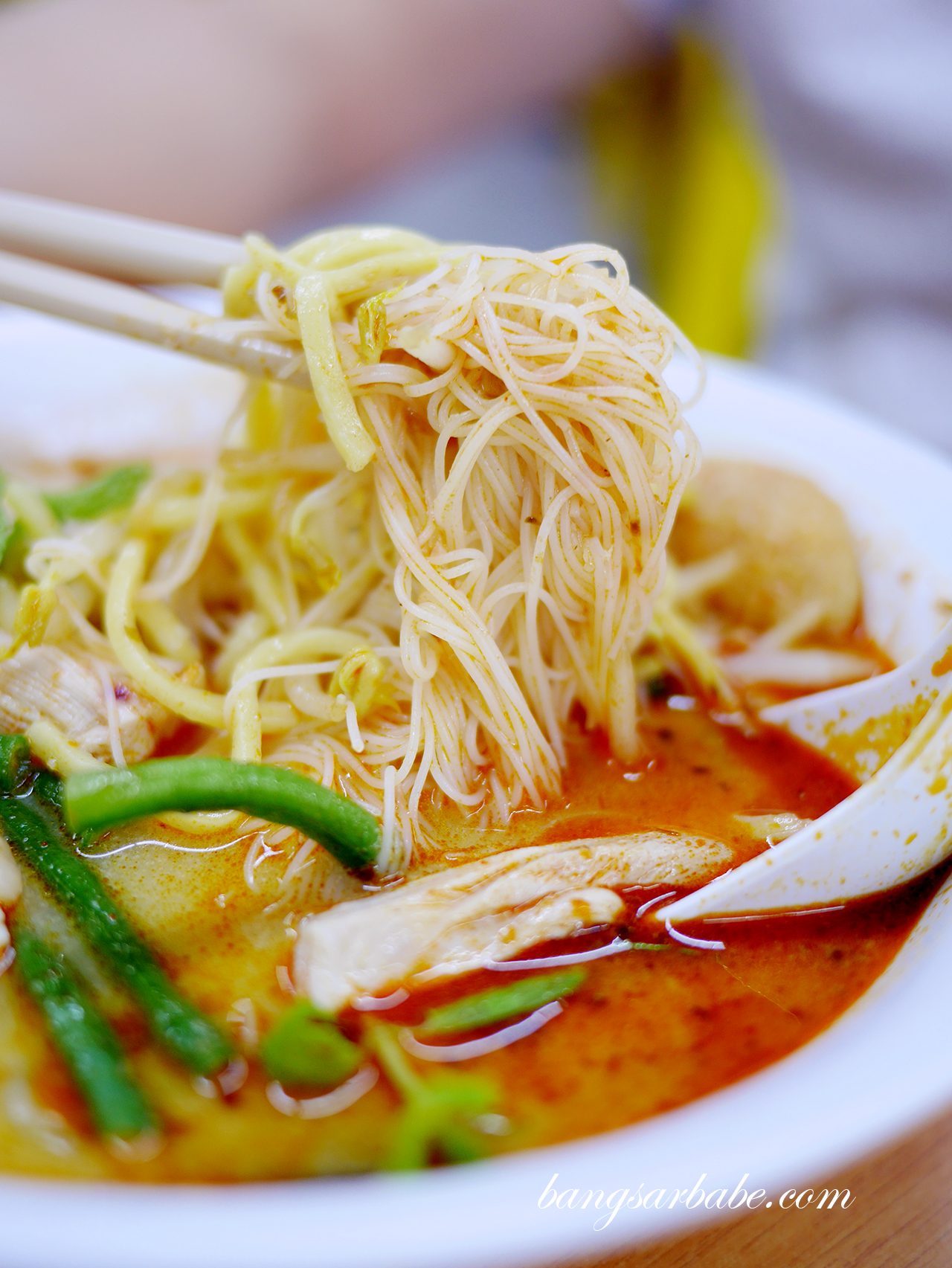 That being said, I thought the sambal was quite mild and didn’t quite accentuate the broth – something I look for when it comes to Penang white curry mee. This curry mee didn’t hit the spot for me unfortunately. 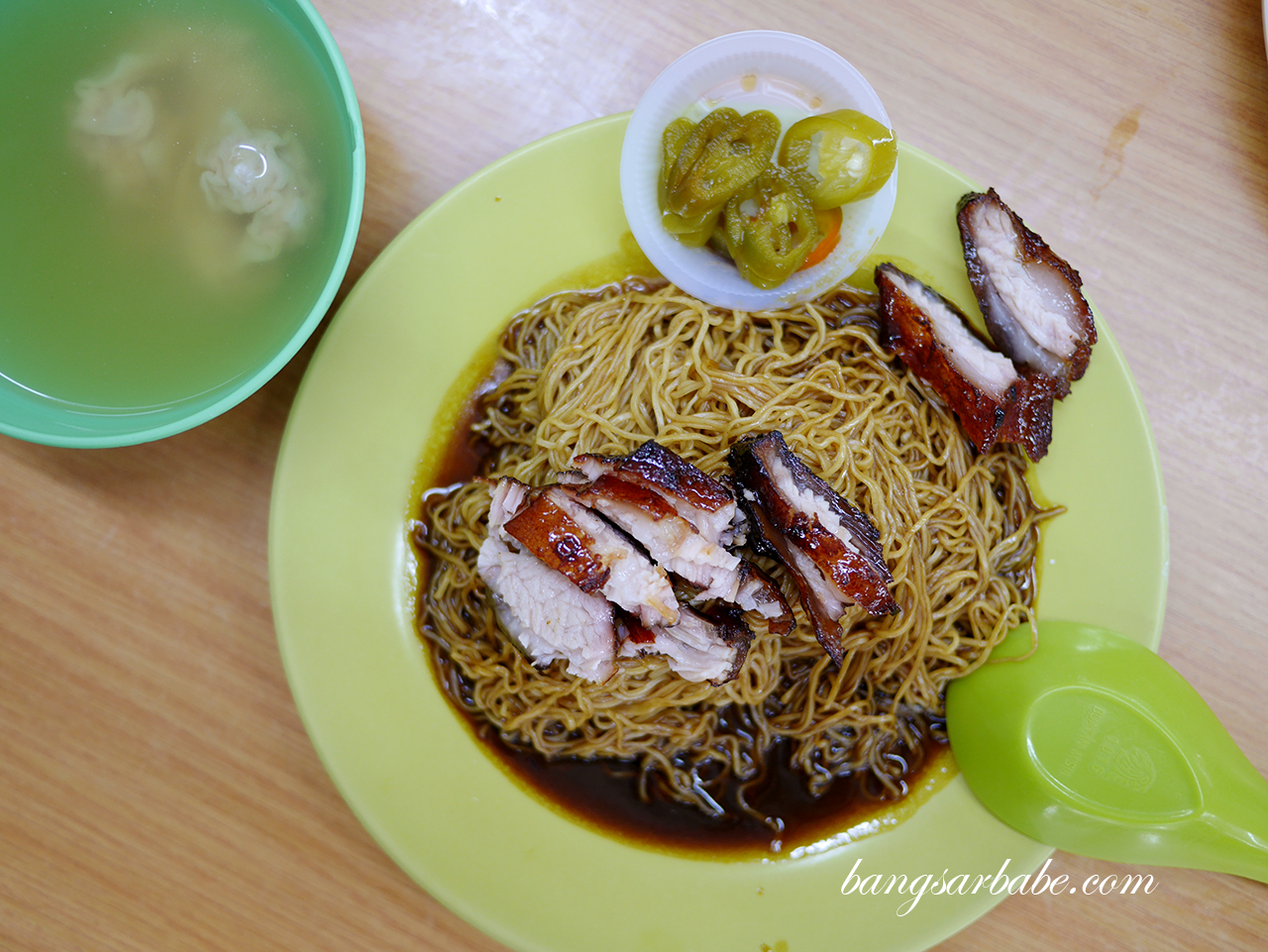 The wantan mee stall is apparently “famous in SS2” and judging from the number of plates I see around the coffeeshop, it’s one of the more popular stalls here. Jien who’s particular about his wantan mee didn’t like this (RM6.50 per plate) because he found the alkaline smell and taste too strong. He much prefers the one from PJ State. 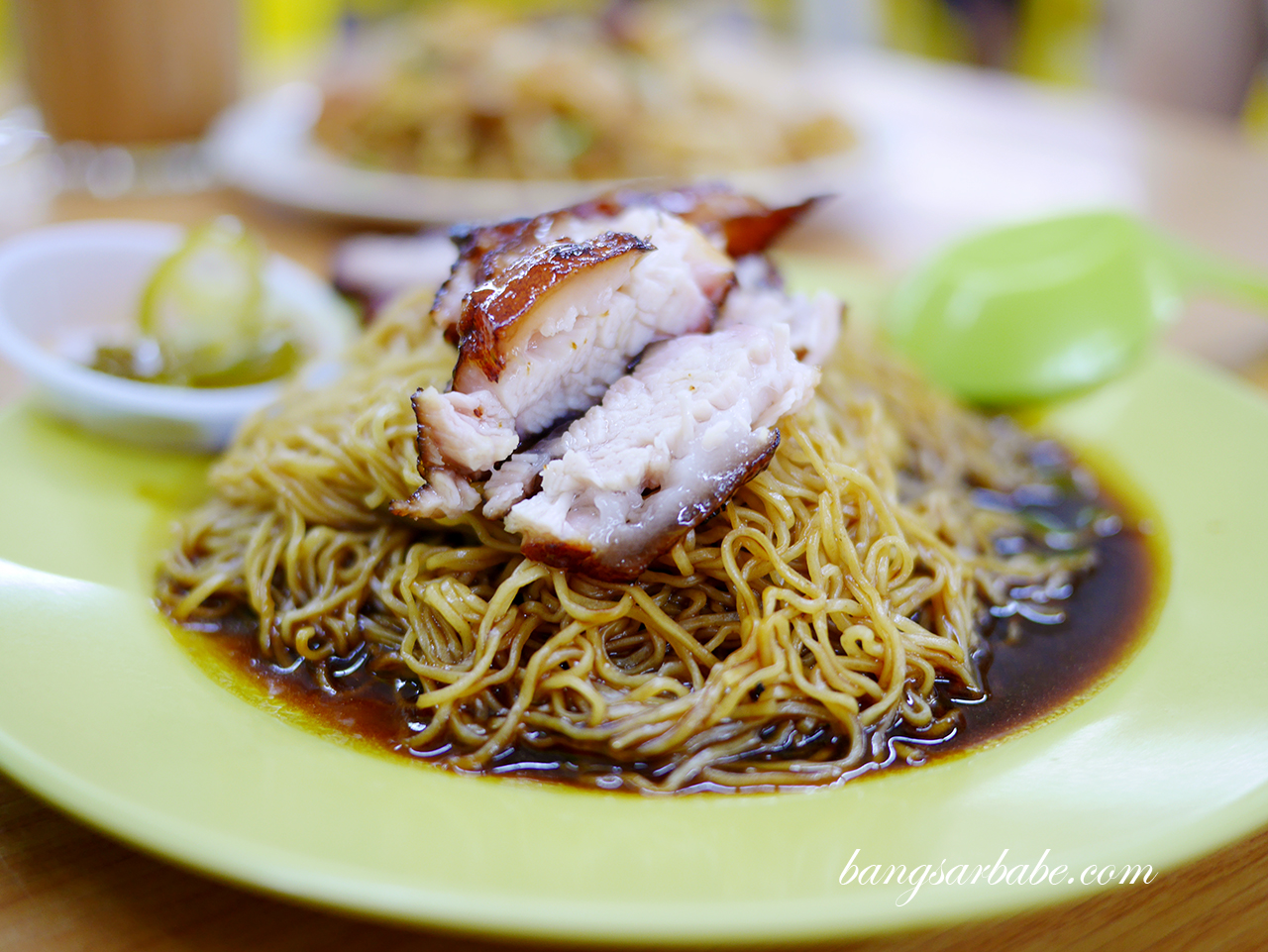 Char siew is quite good 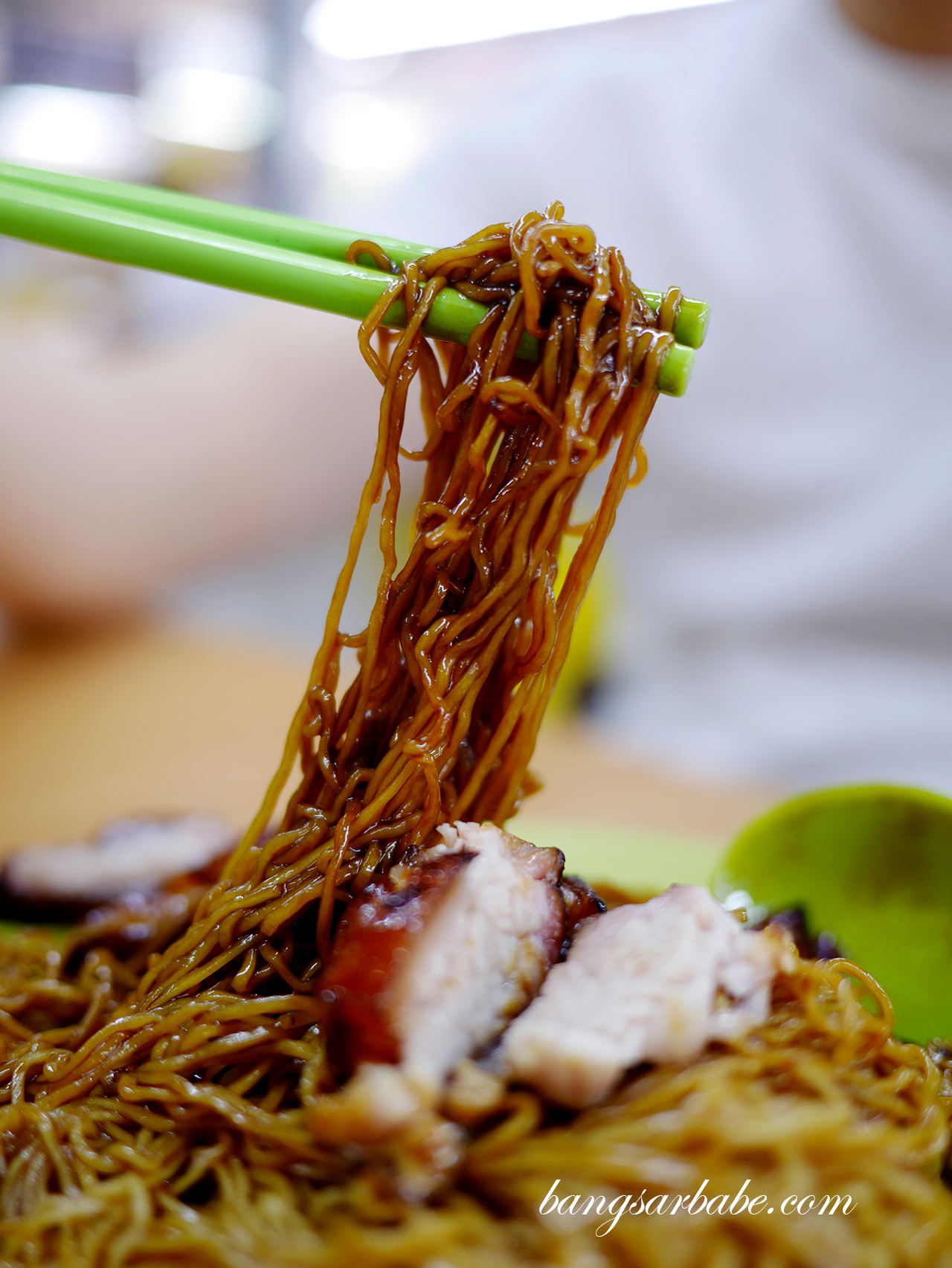 We both agreed that the char siew on top of the wantan mee is good – half lean, half fat with good caramelisation around the edges. The gravy is more savoury than sweet, so it really depends on preference. I prefer mine savoury while Jien likes it a bit sweeter. 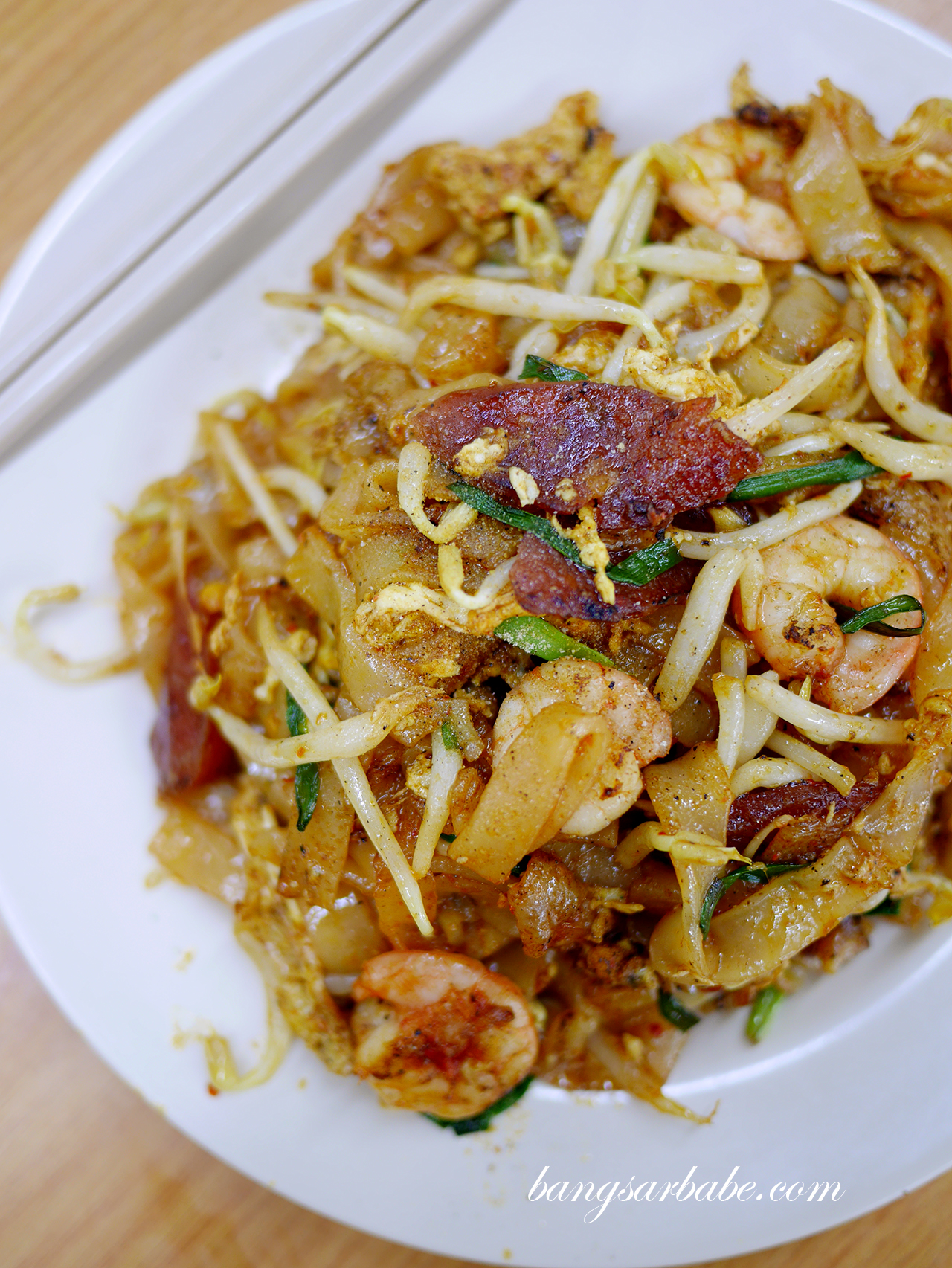 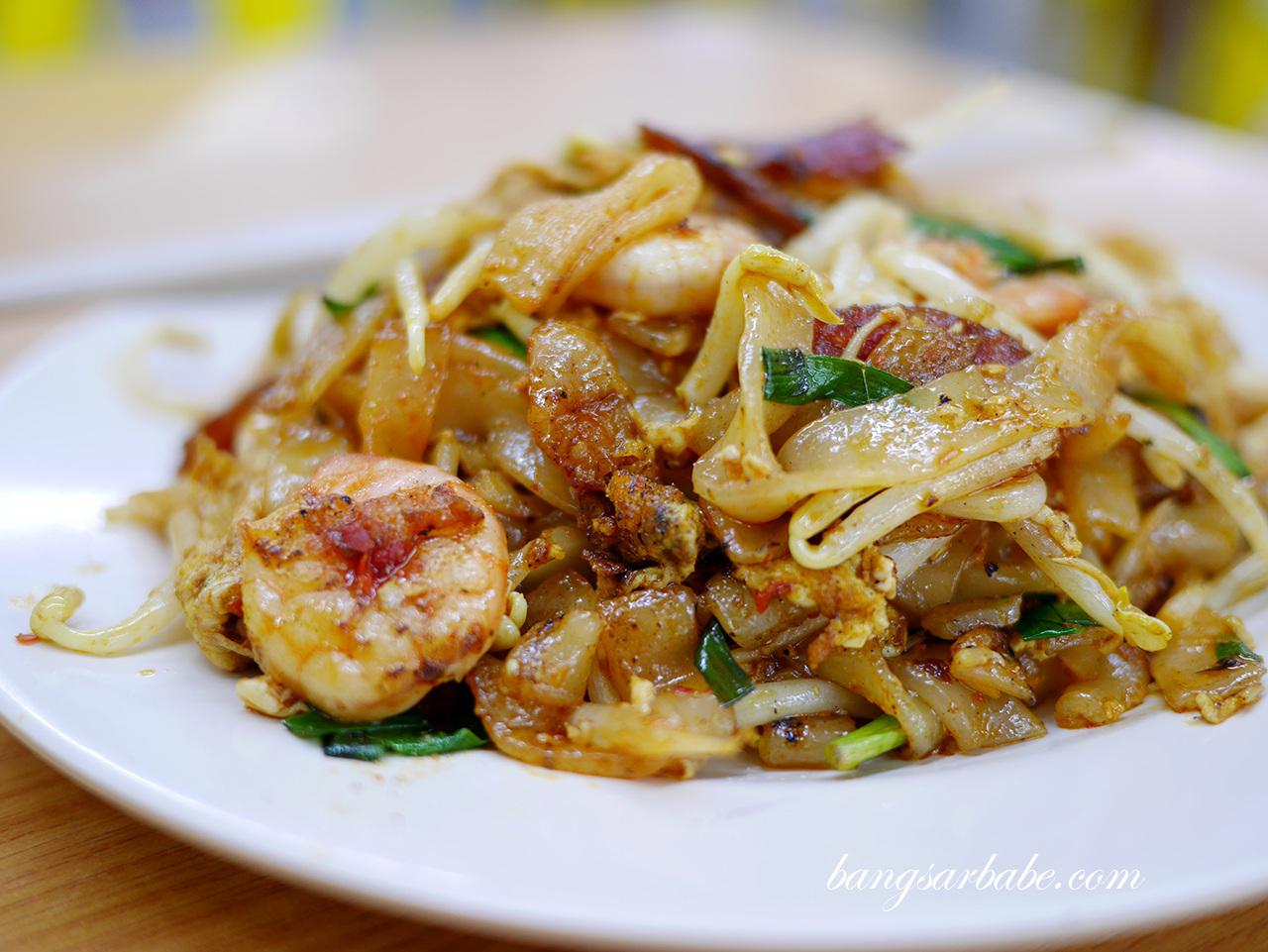 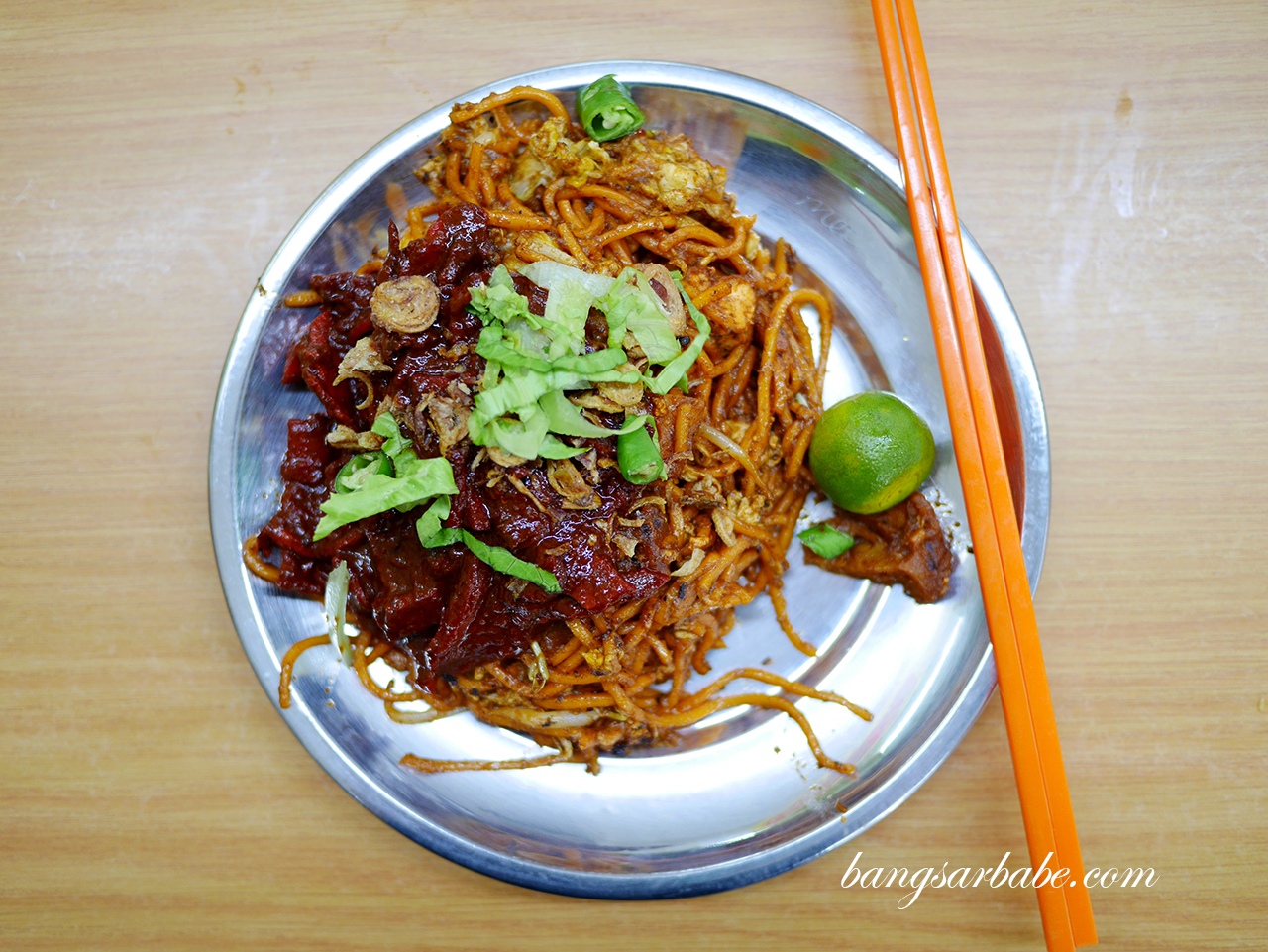 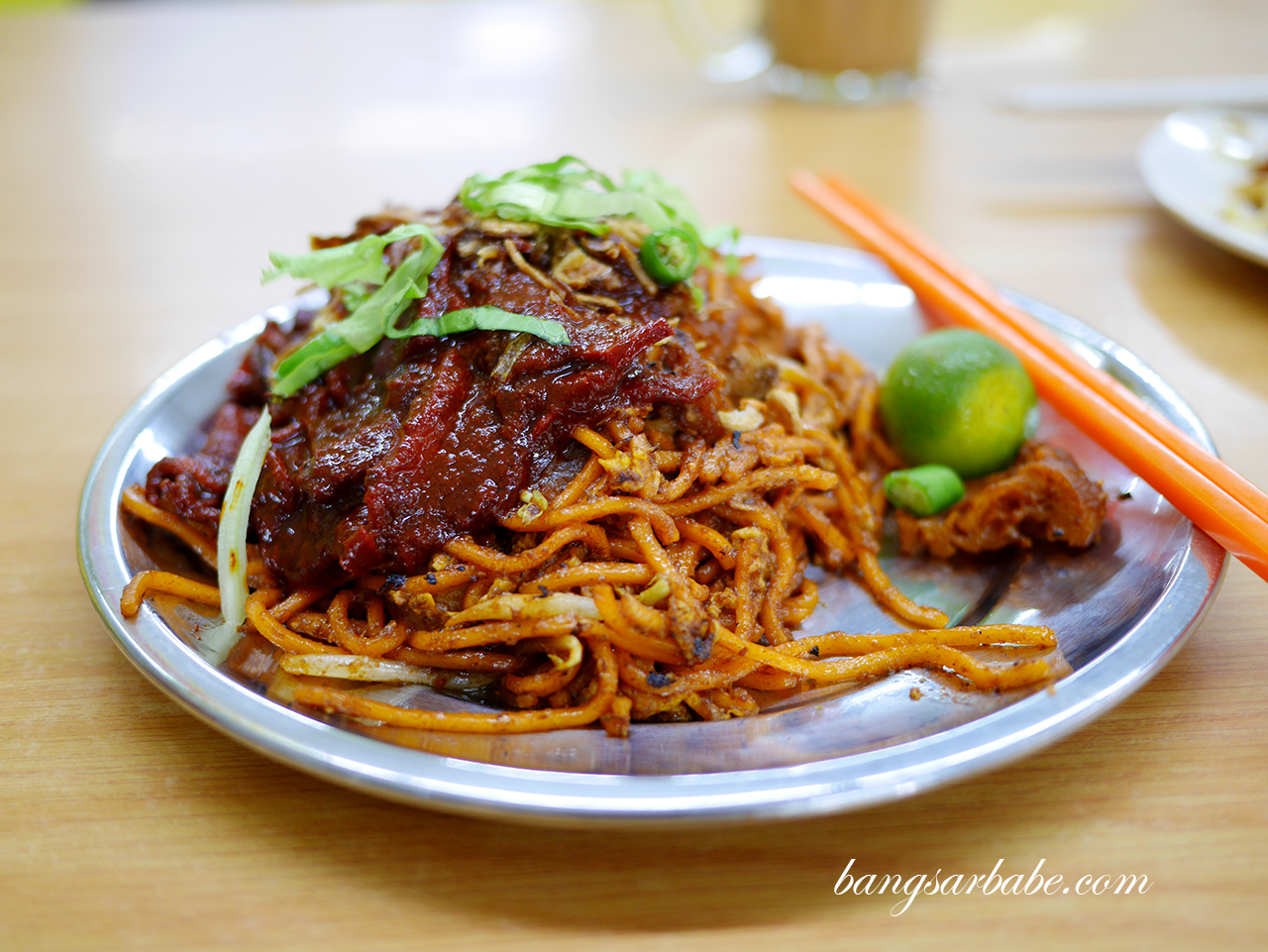 Seeni’s mee goreng sotong (RM7) is a hot favourite at Rising Kopitiam. My father in-law eats this twice a week with his group of friends! Personally, I feel the noodles could use more kick in the sauce as the alkaline taste is still quite prominent. The sotong is tasty; spicy, sweet and “lemak”. 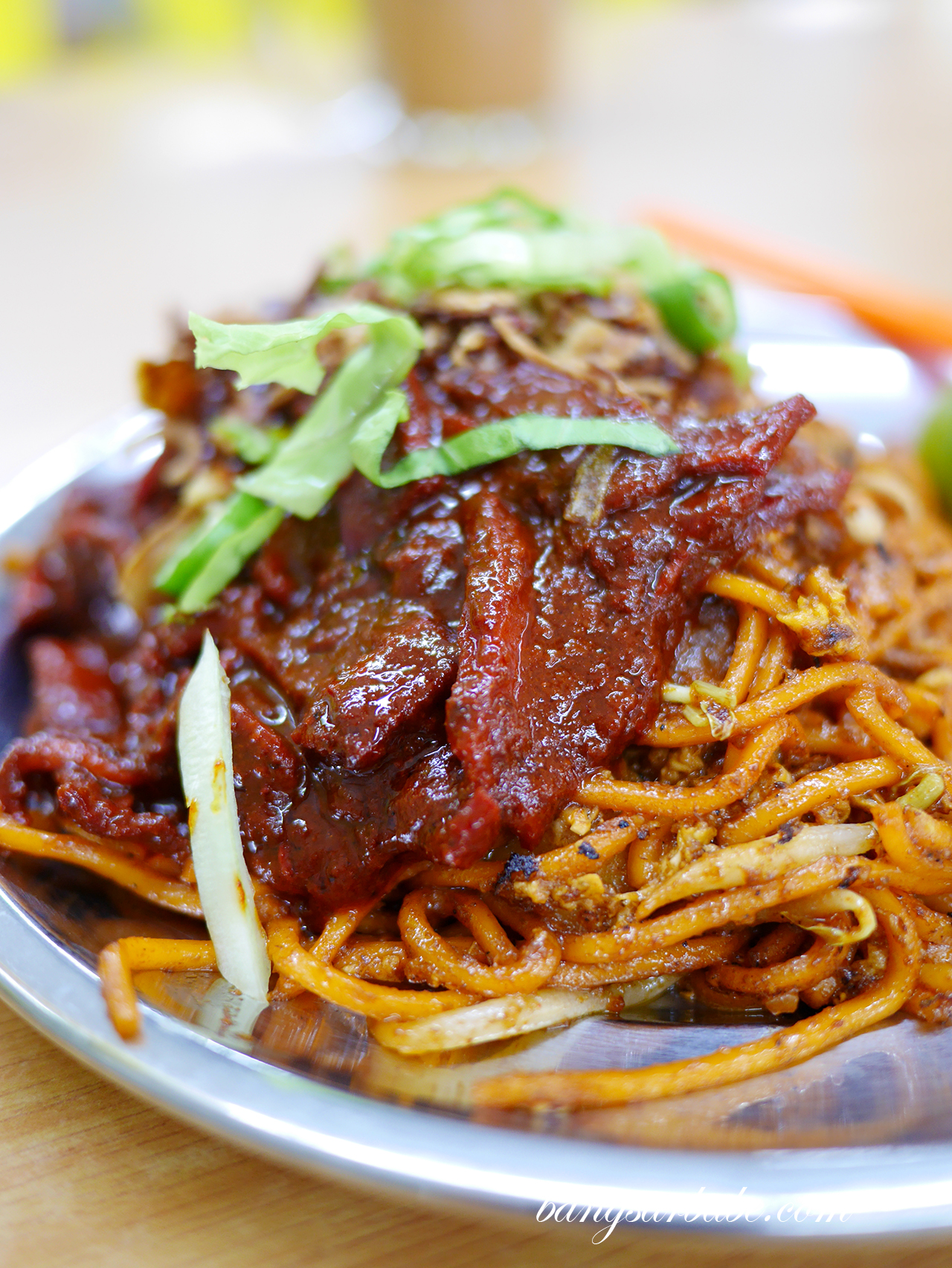 I should have gone with my father in-law’s combo of tambah sotong but I felt doing so with all the other items I ordered with be overkill haha. Perhaps I should the next time around. 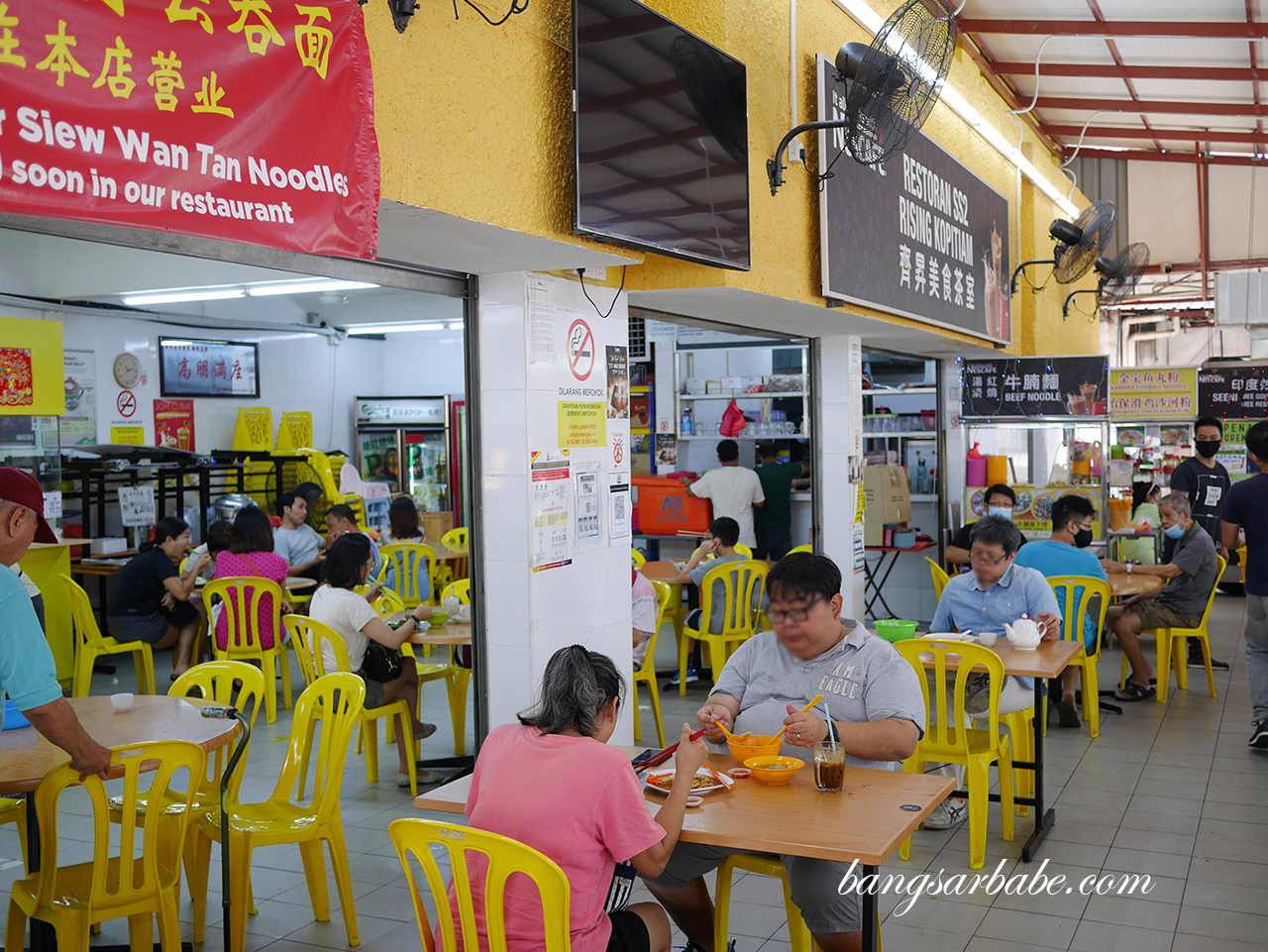 Overall, Rising Kopitiam offers a good variety of hawker favourites under one roof. But the food is mostly above average, nothing outstanding if you ask me. It’s a matter of convenience or authenticity/flavour. You decide. :) 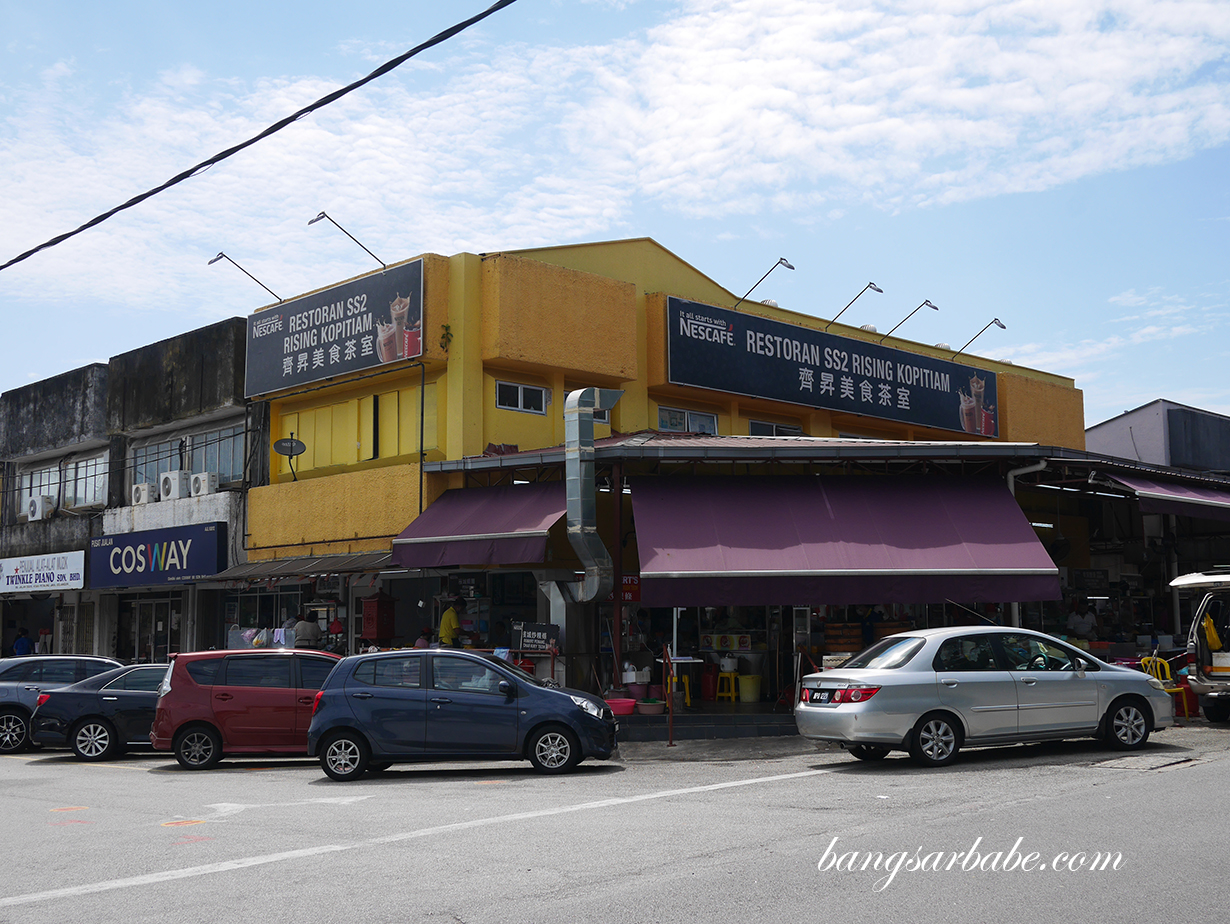