At Say Cheese Café in Bukit Jalil, one will spot the pork chop with cheese lava at almost every table – a thick and juicy slab of pork chop, flame-grilled tableside and cloaked with melted mozzarella for that wow factor. It is also the main reason why Jien wanted to check out Say Cheese as he heard about this pork chop from his peers. 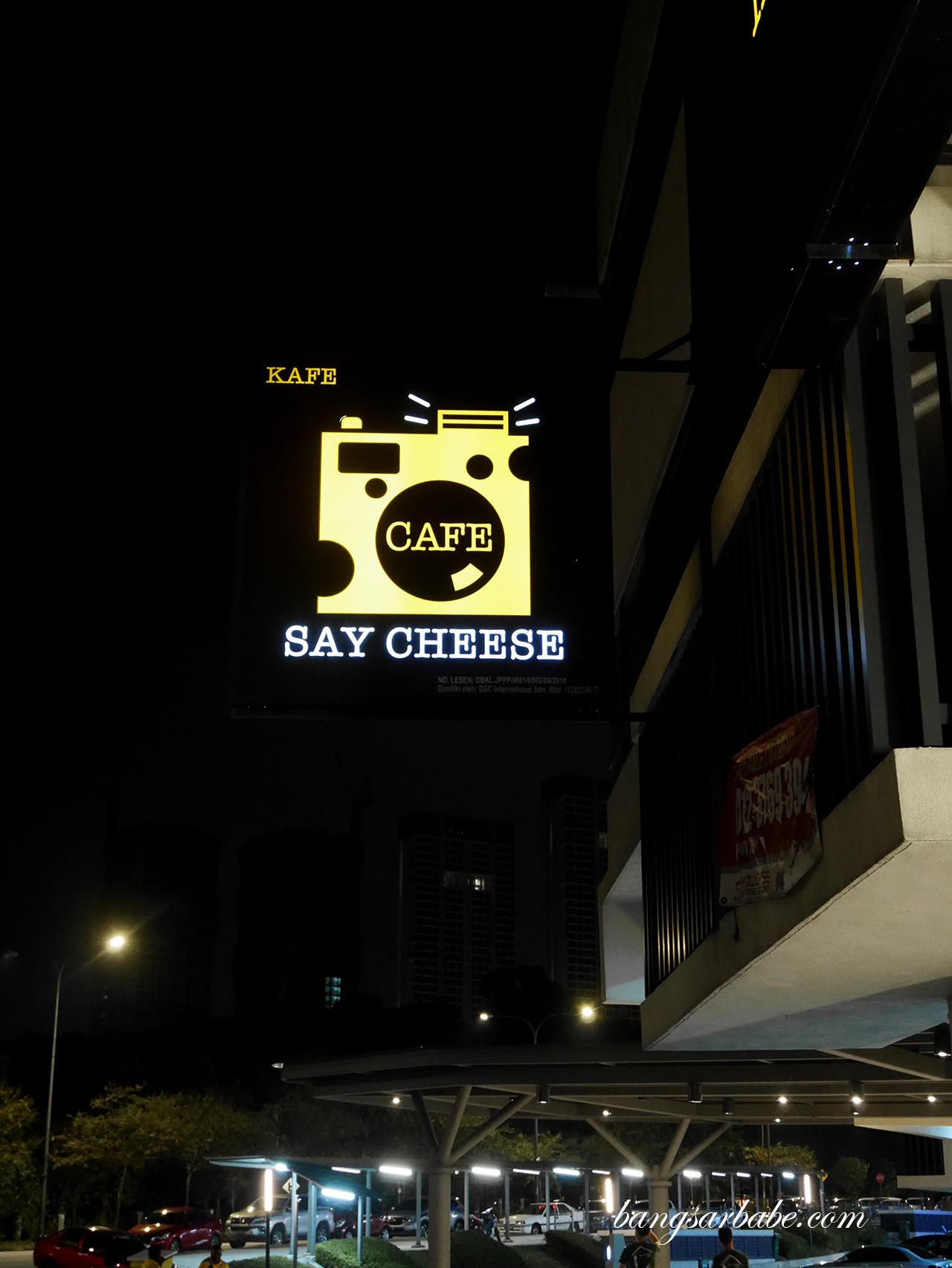 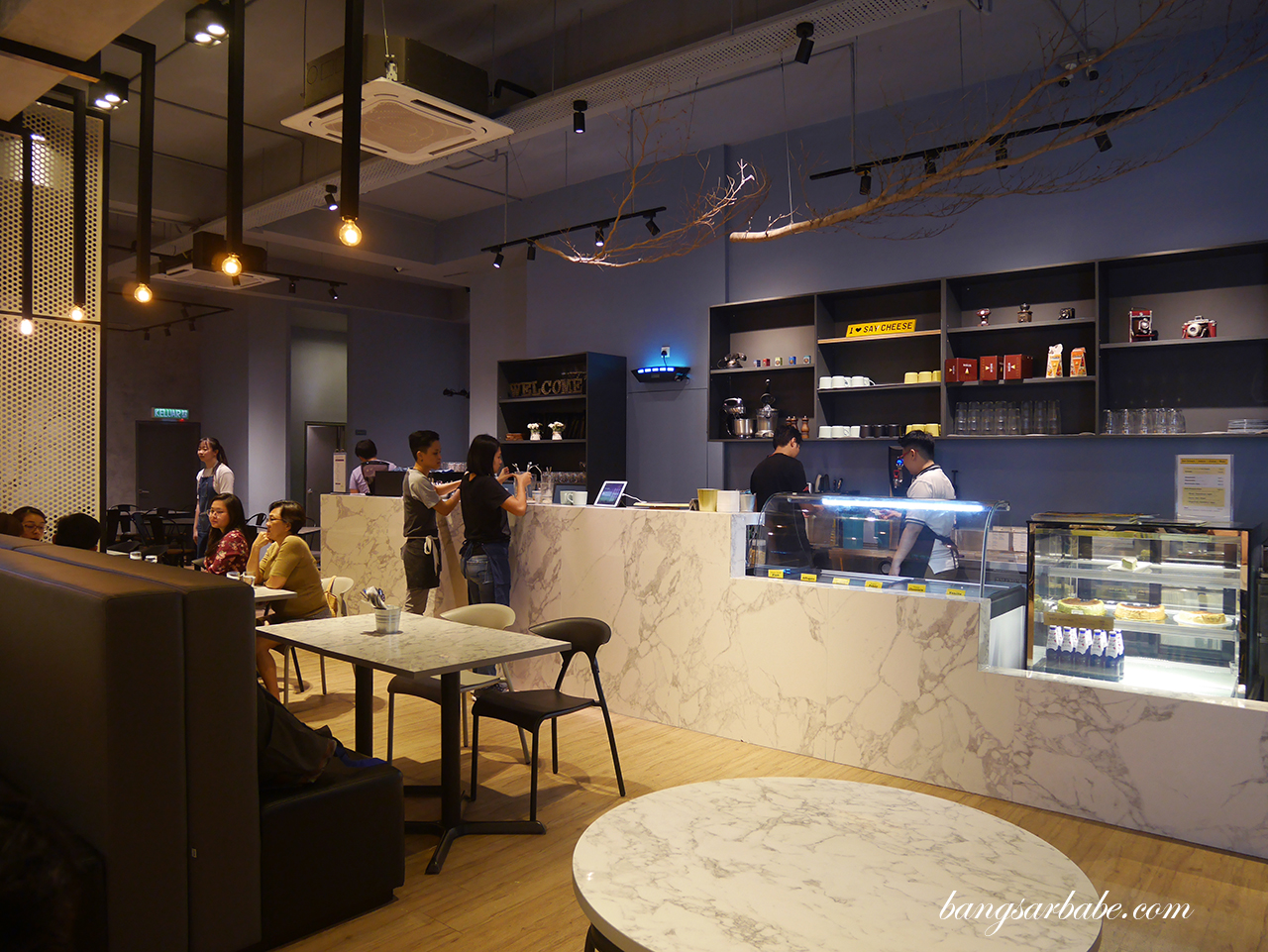 We tried what Say Cheese has to offer over two visits; one for dinner and the other during brunch. The pork chop (RM48 per portion) here is quite commendable as you get really juicy and tender meat, well marinated till the flavours went right through to the centre. 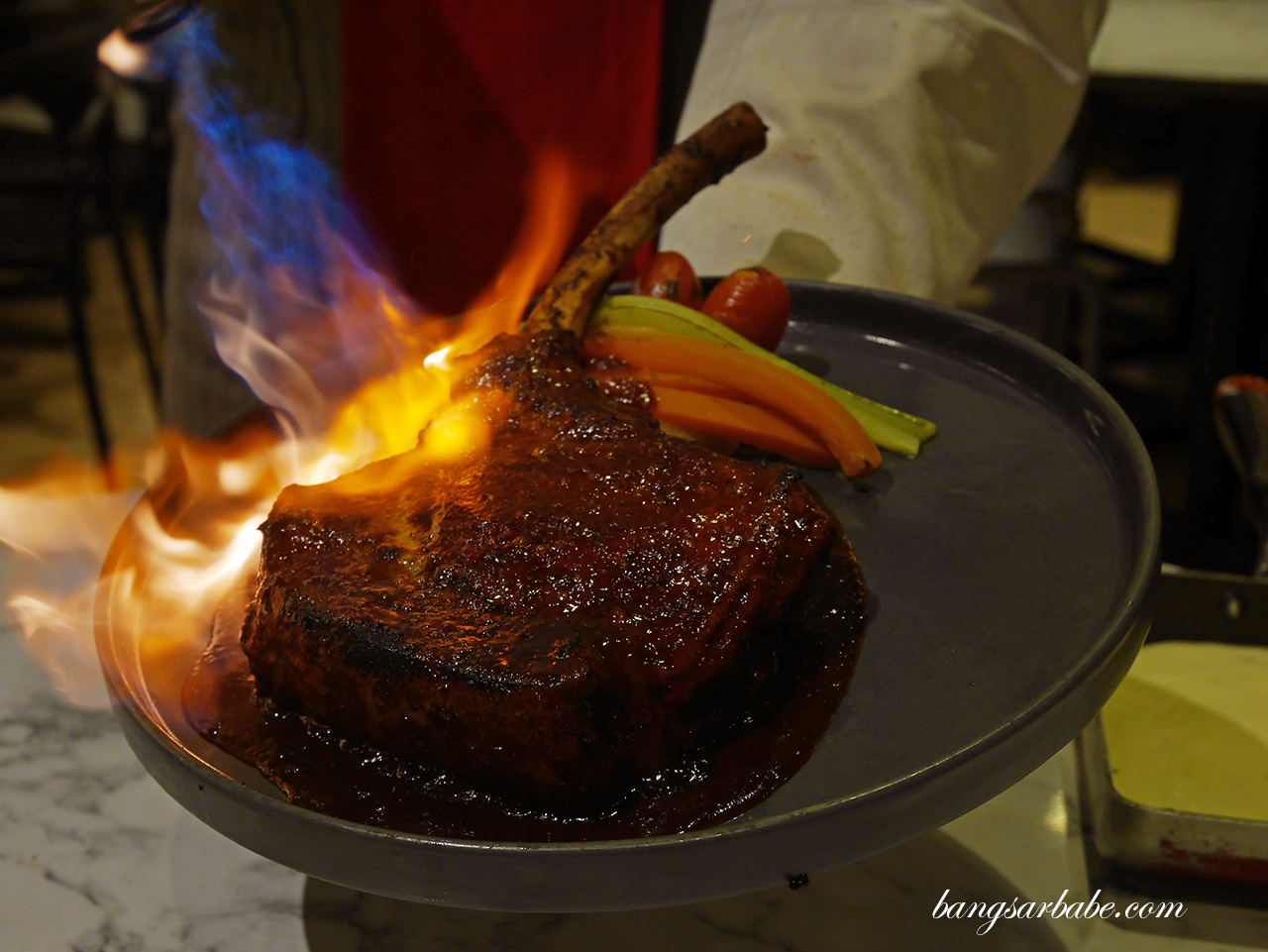 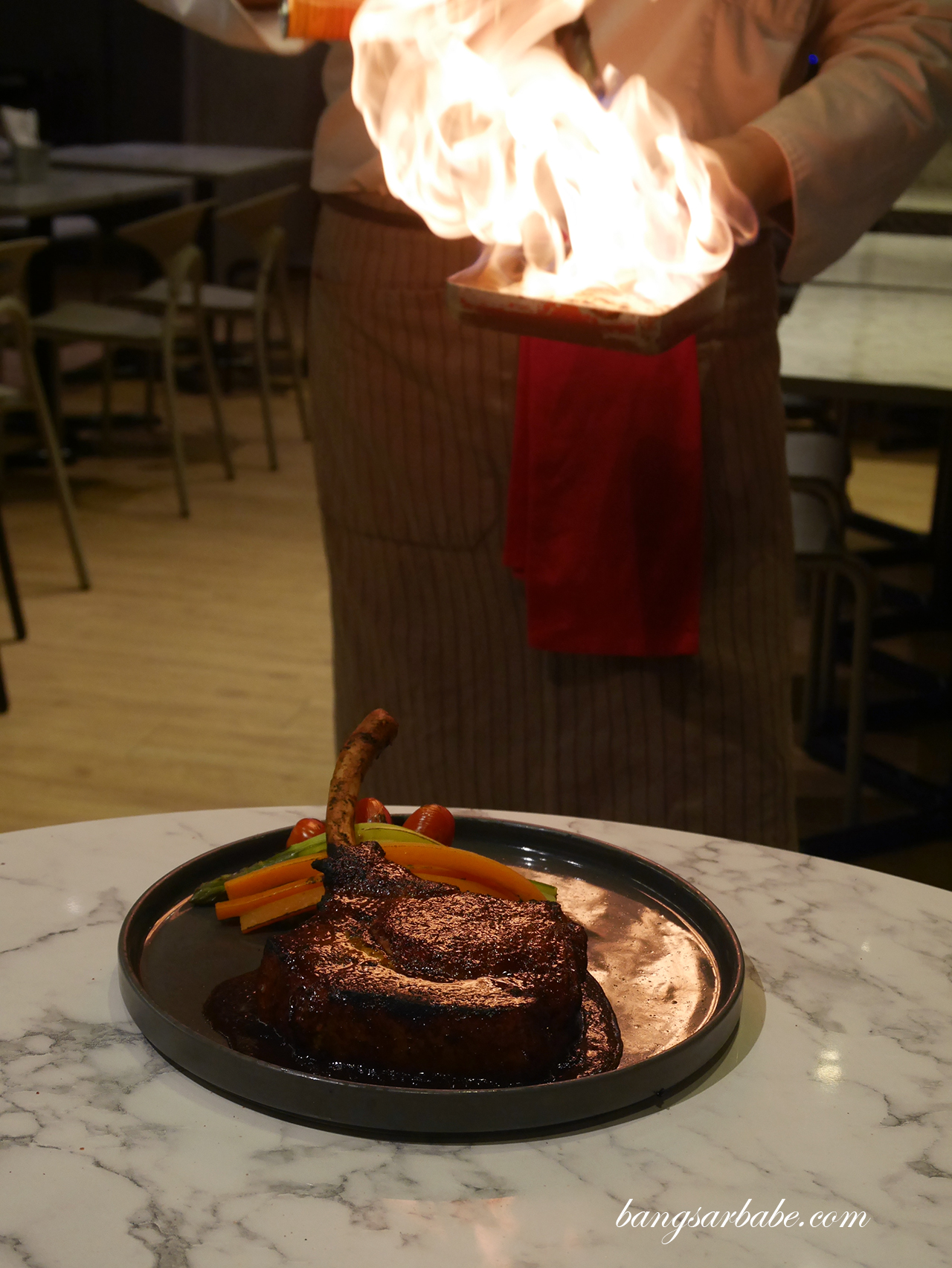 And like most customers, we asked for the cheese lava add-on (RM7) to indulge in the experience of pulling long strings of melted cheese that blankets over the pork chop. Does it do anything to the overall flavour of the meat? Not quite. 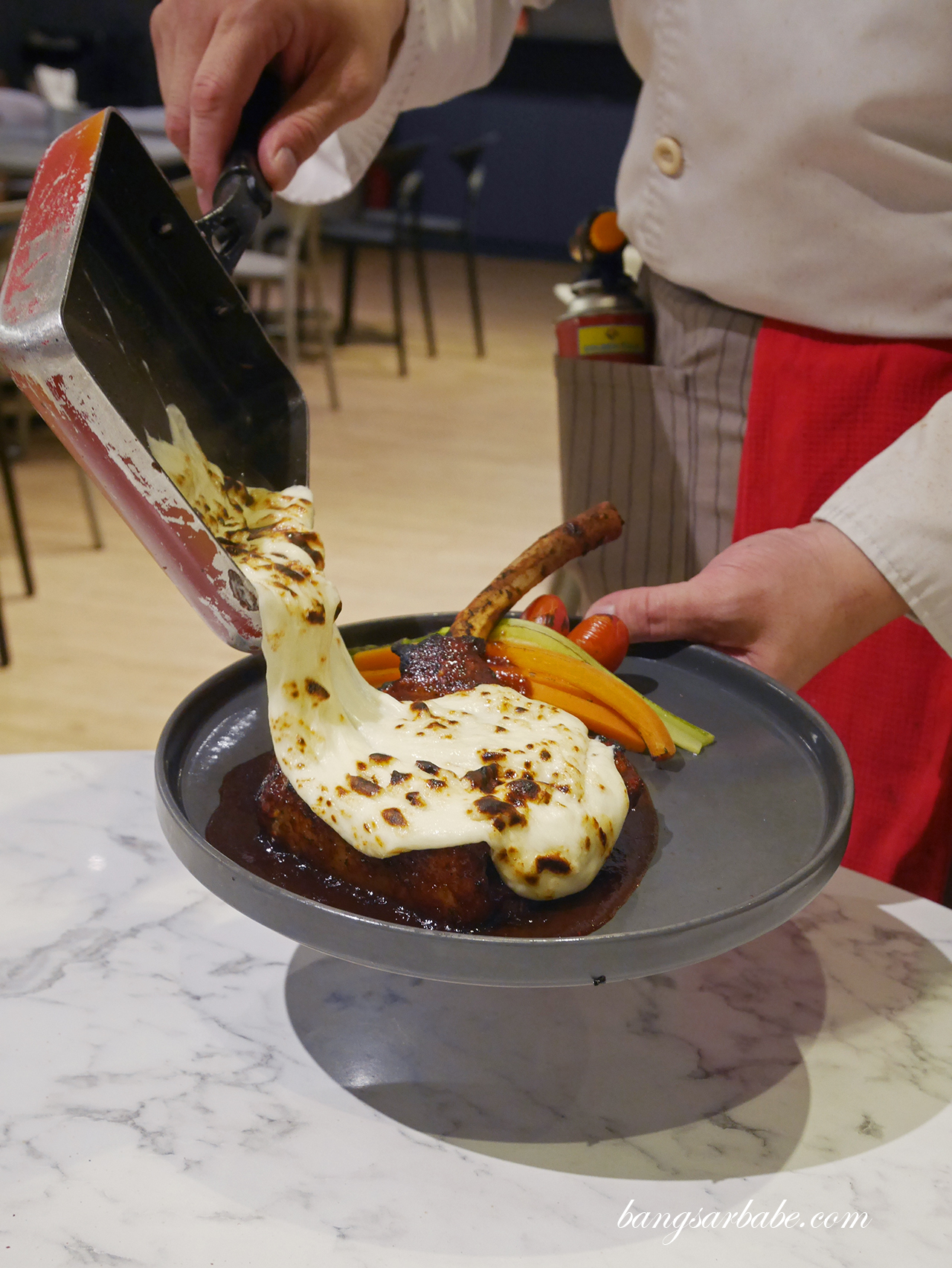 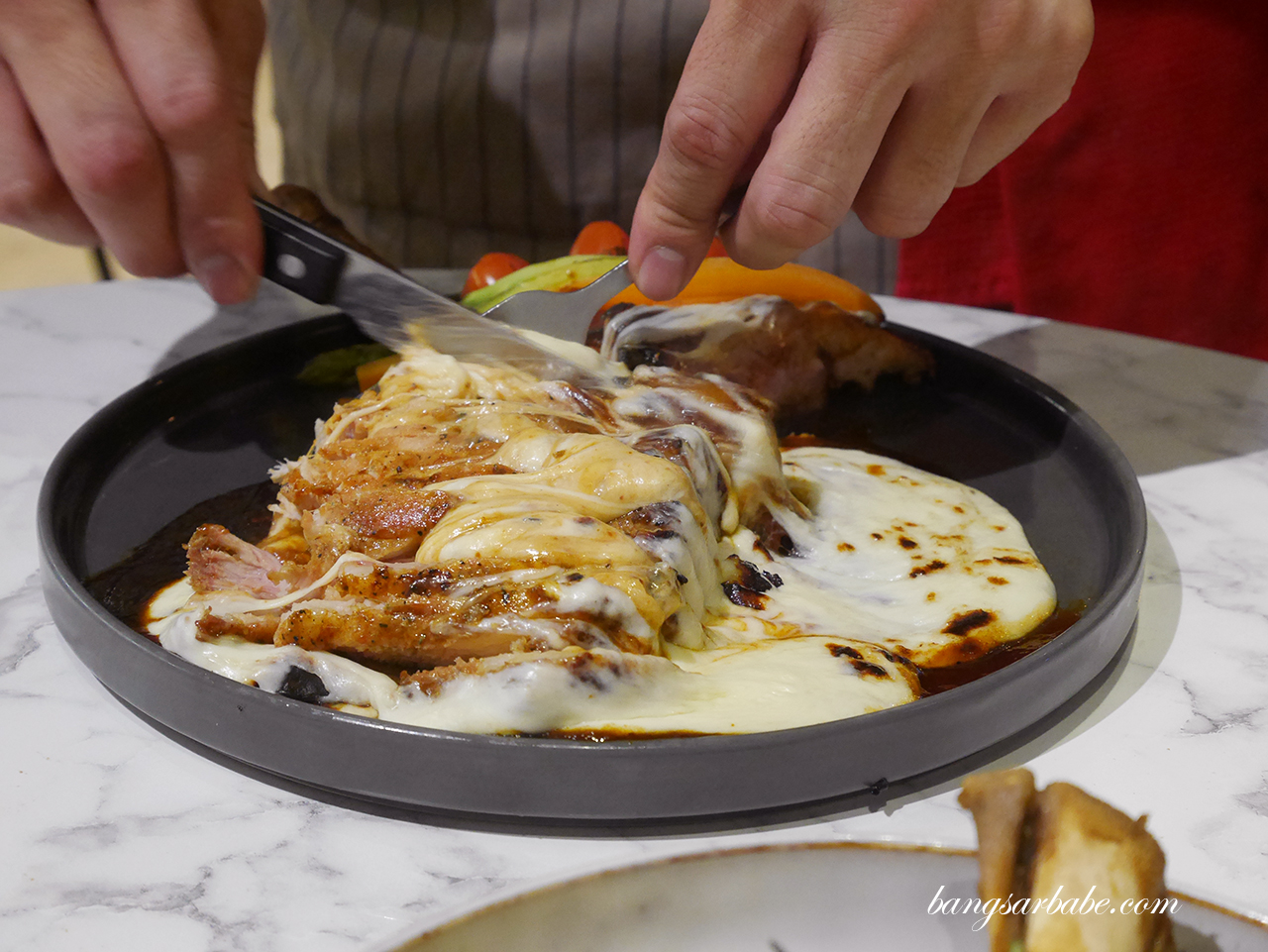 The pork chop on its own is tasty enough and the idea of having the cheese lava is mainly for showmanship. Good for those who like cheese on everything. I say stick to the pork chop as it is because the marinade is quite good. Jien however, prefers it less sweet. 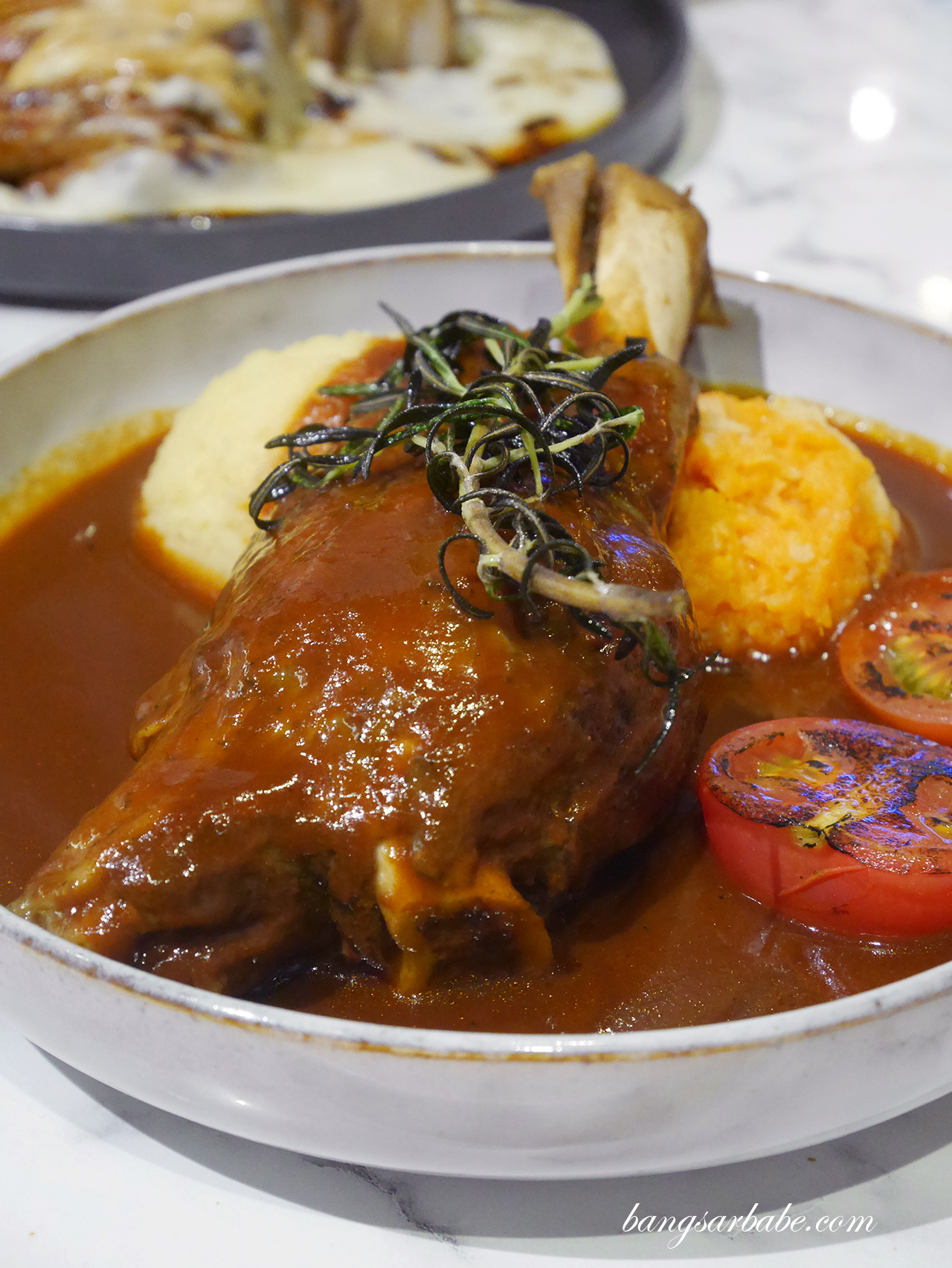 I also rather enjoyed the lamb shank (RM68), cooked till tender and almost falling off the bone. This isn’t as gamey because of the use of rosemary and also the sauce base, which leans towards the tangy side.
Our visit over brunch a few weeks later gave us the opportunity to try their Big Breakfast (RM28) and the Chicken Redhat Burger (RM25). Since May Anne tagged along, we ordered a portion of Mushroom Soup (RM12) for her. 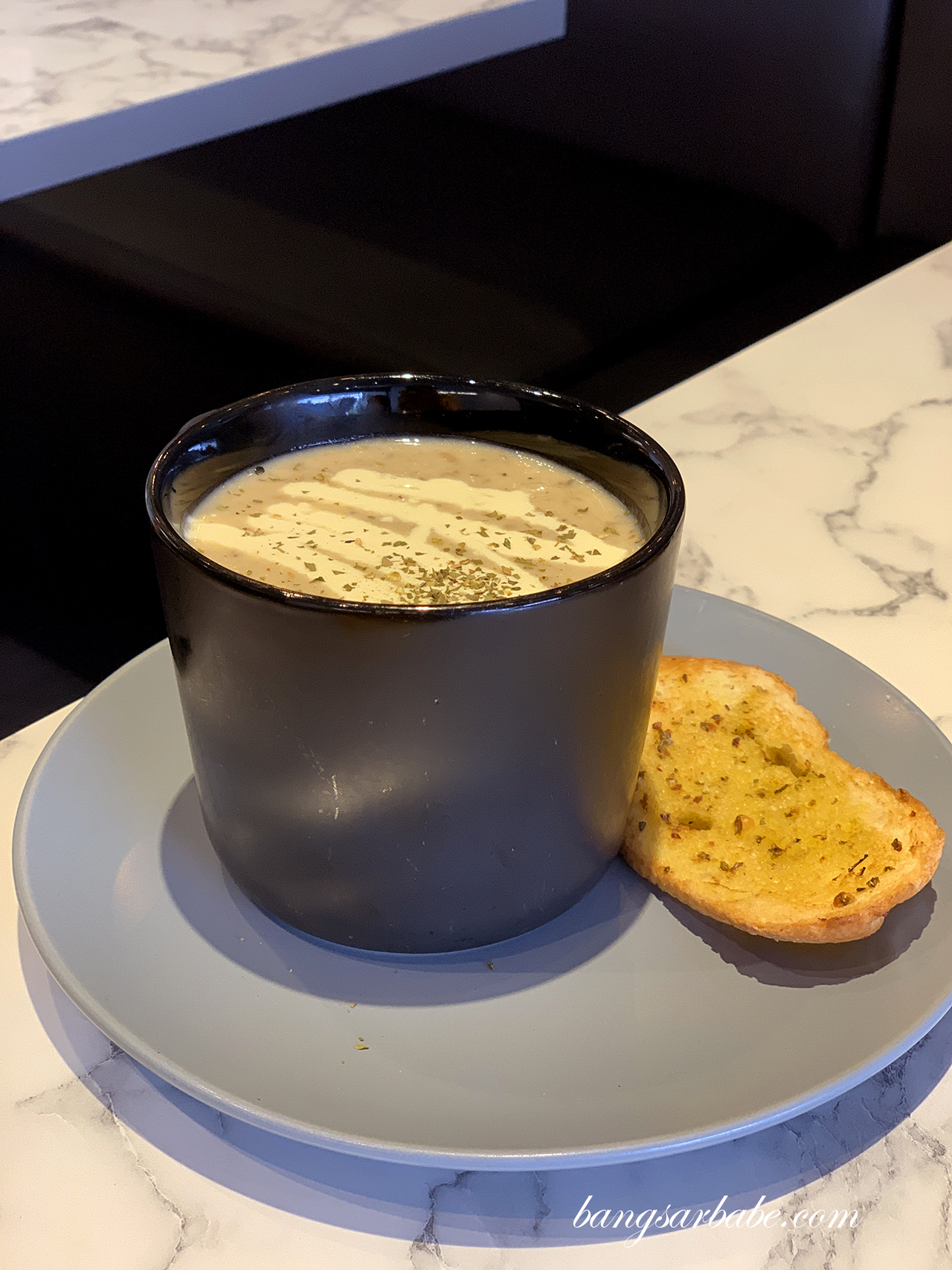 The mushroom soup is thick and justly seasoned, so you get a balance of savoury notes, mushroom flavour and body from the use of cream. I also like how they aren’t so heavy-handed on the salt. May Anne had quite a fair bit of soup so I reckon she enjoyed it too. 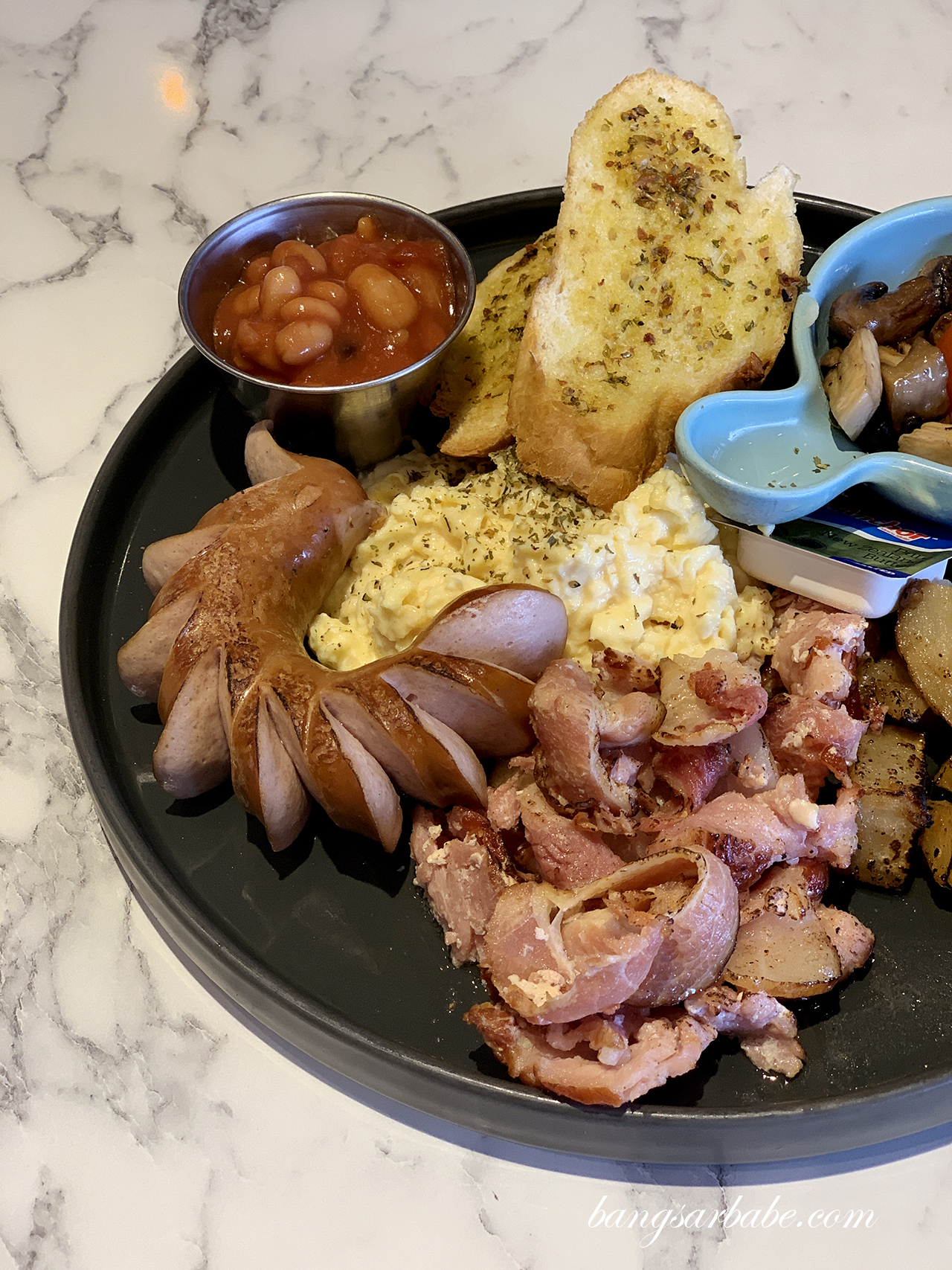 Say Cheese’s Big Breakfast is of sizeable portion but it’s also my least favourite among the items we tried. You get bacon, bratwurst, sautéed potatoes, scrambled eggs, baked beans, sautéed mushrooms, cherry tomatoes and two slices of garlic butter toast – good for sharing if you’re a small eater. Good portion, but nothing memorable if you ask me. 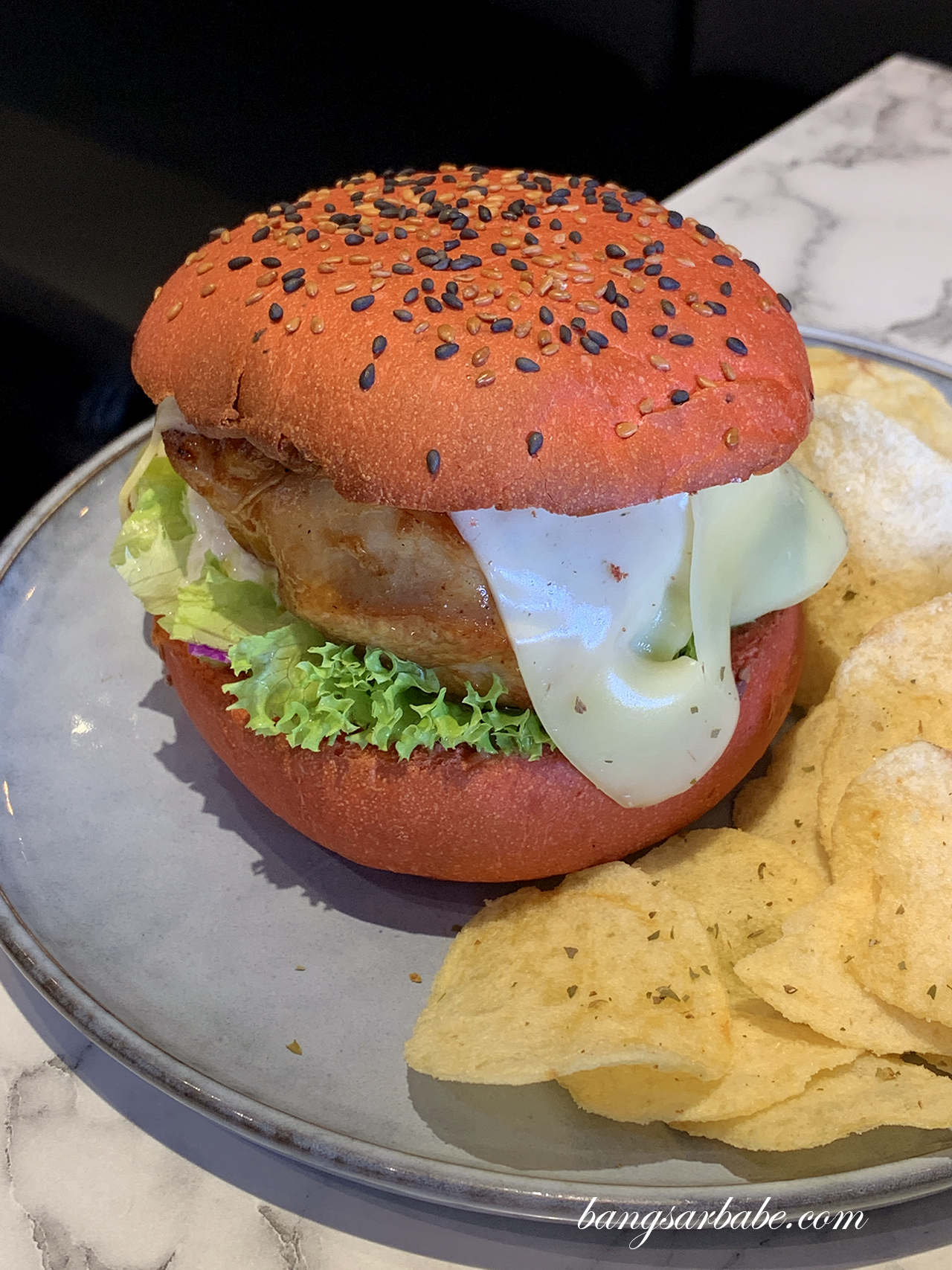 The Chicken Redhat Burger is pretty good to my surprise. It didn’t look like anything much but flavours are on point. Chicken breast is used but it’s surprisingly tender and juicy. There’s a bit of sweet and spicy, complemented by the crunch from the batter. Definitely one of the more memorable chicken burgers I’ve had at this price point. 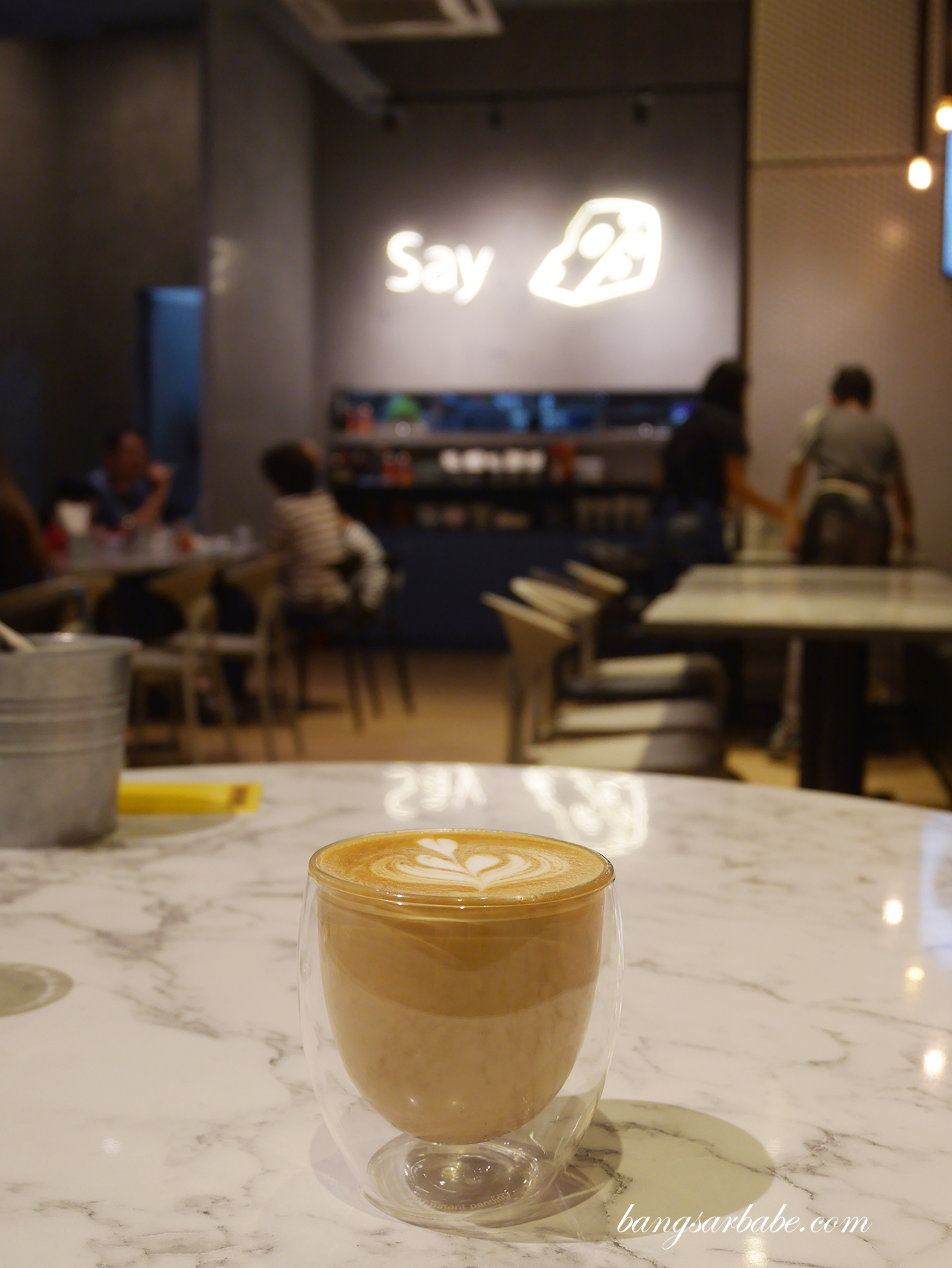 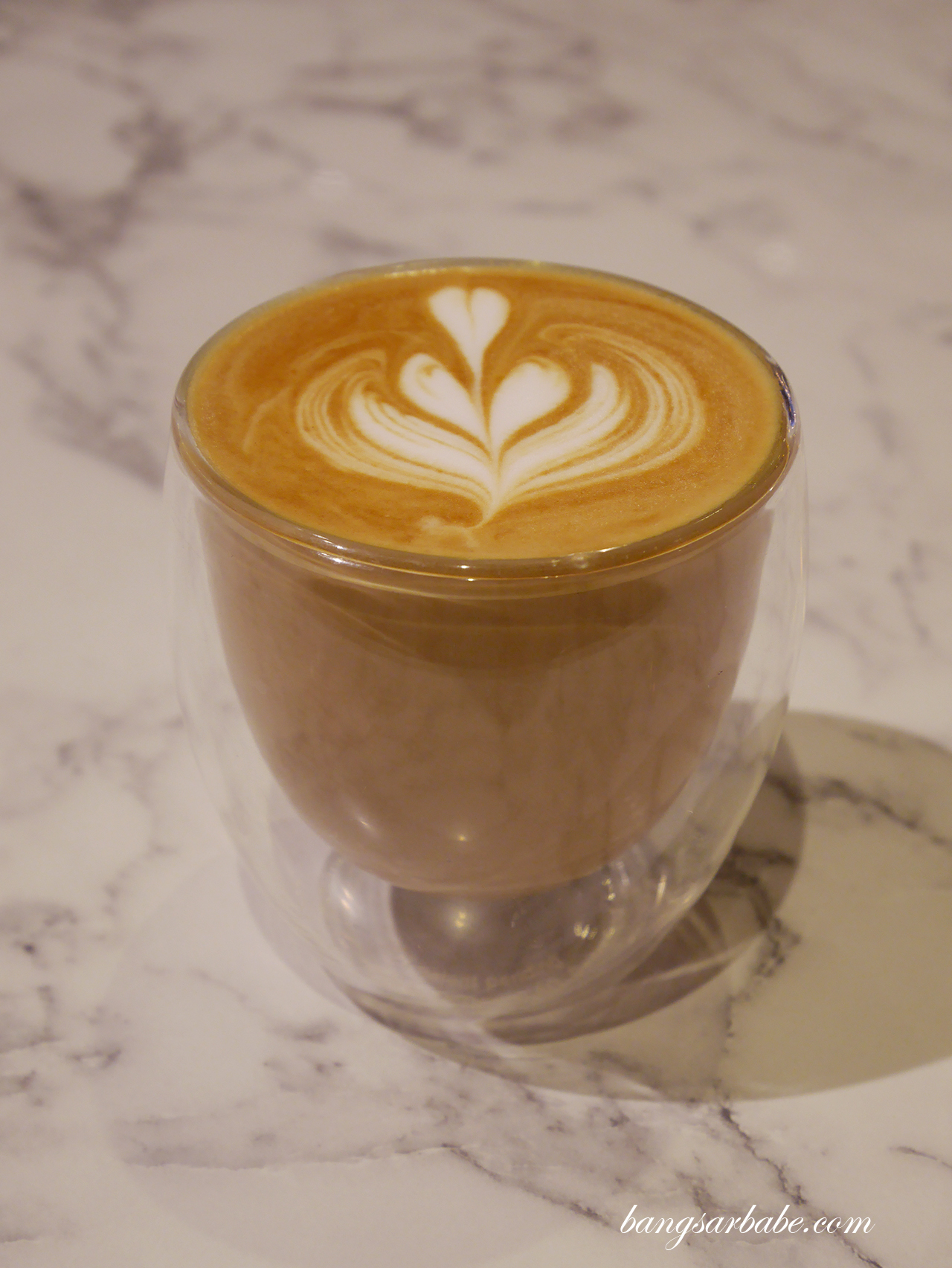 Flat white (RM11) could be stronger but then again, I reckon they use more subtle coffee beans hence the milder outcome when paired with milk. Service is friendly and attentive despite the crowd, though expect to wait a little during peak hours. 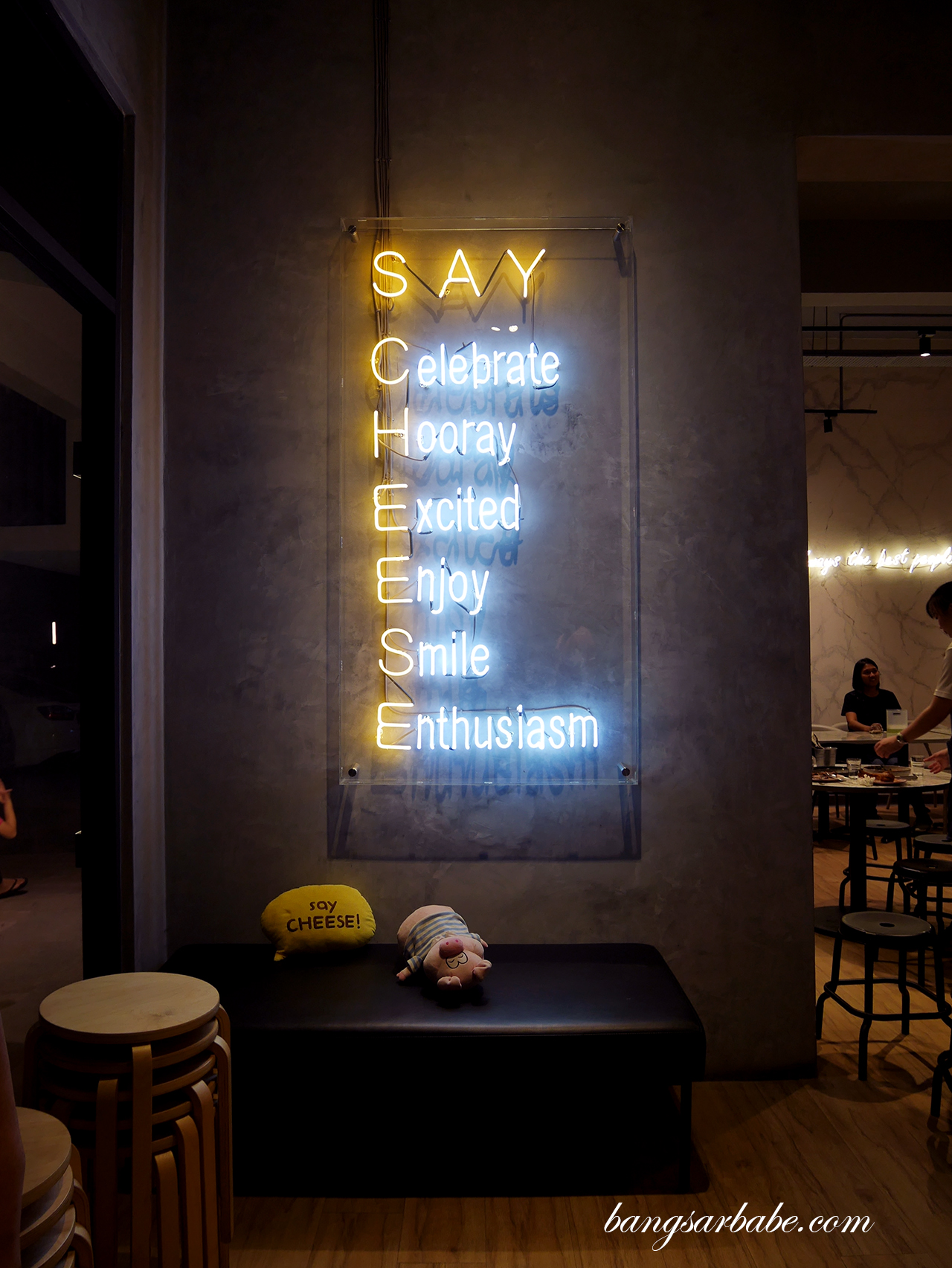 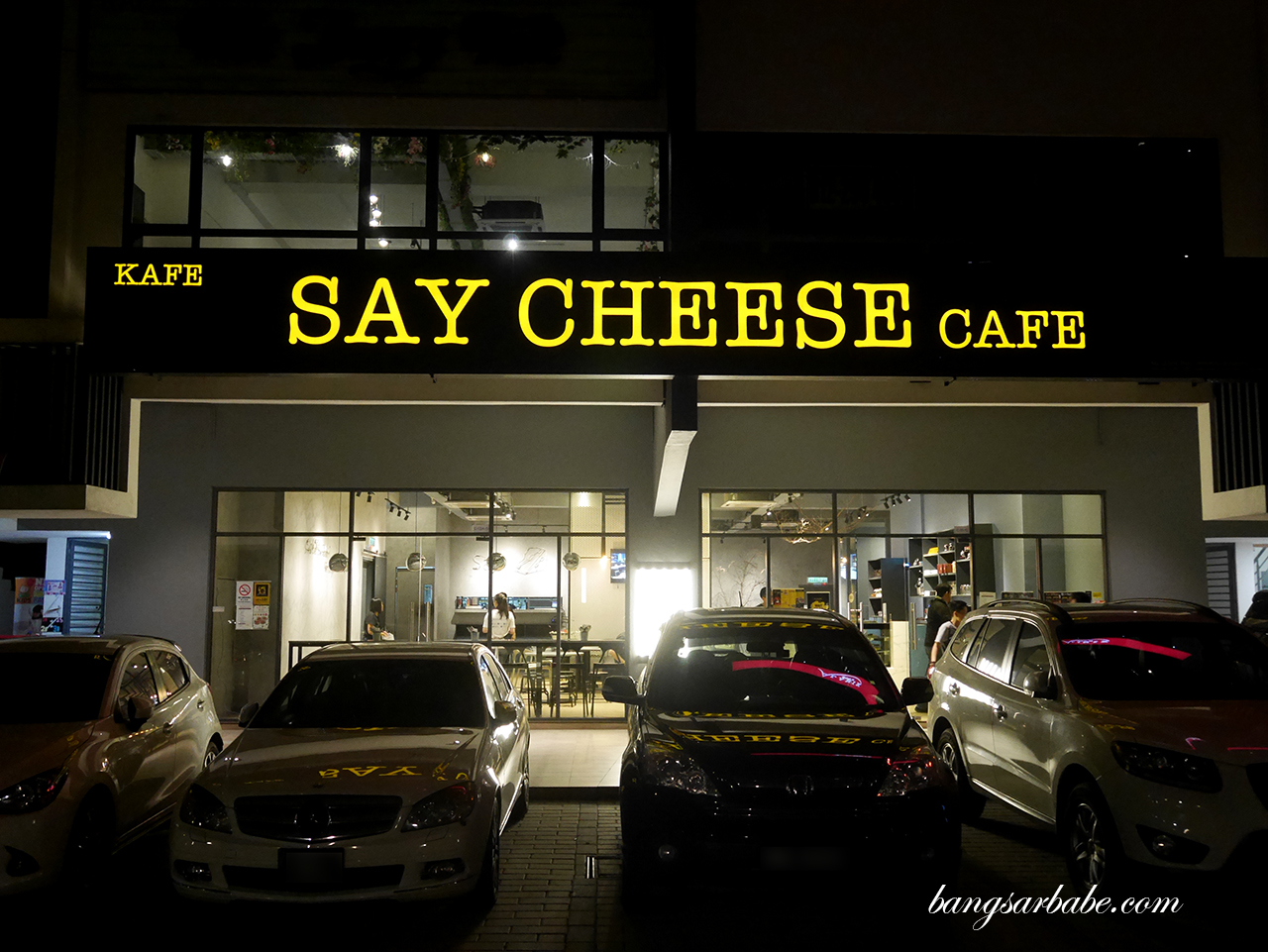