Sitiawan used to be my playground when I was little, when my parents would send my siblings and I to spend the school holidays with our grandparents. I loved being there because I got to cycle around, climb trees and play with my cousins all day long. 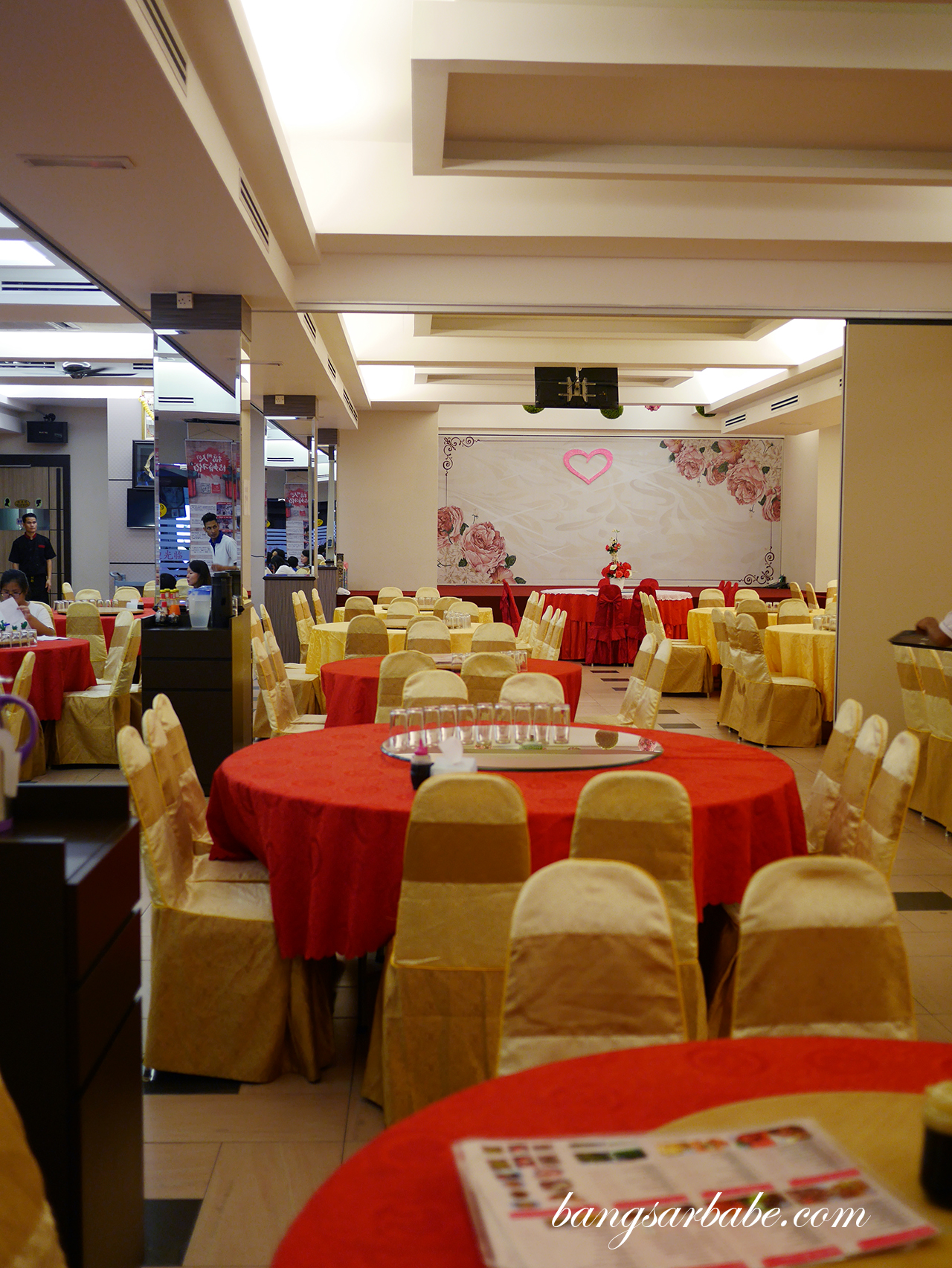 As I grew up, I stopped wanting to climb trees and cycling under the hot sun meant getting unsightly sunspots. But I still enjoyed going back because I get to eat my favourite Hock Chew dishes – prepared by grandma.

She passed away last year and together with my mother’s demise in 2015, I lost two of the best Hock Chew cooks in my life. Lido Restaurant in Sitiawan was one of the places I frequented then, when my mother and grandmother took a break from cooking. It is where one can find decent Hock Chew dishes in Sitiawan. 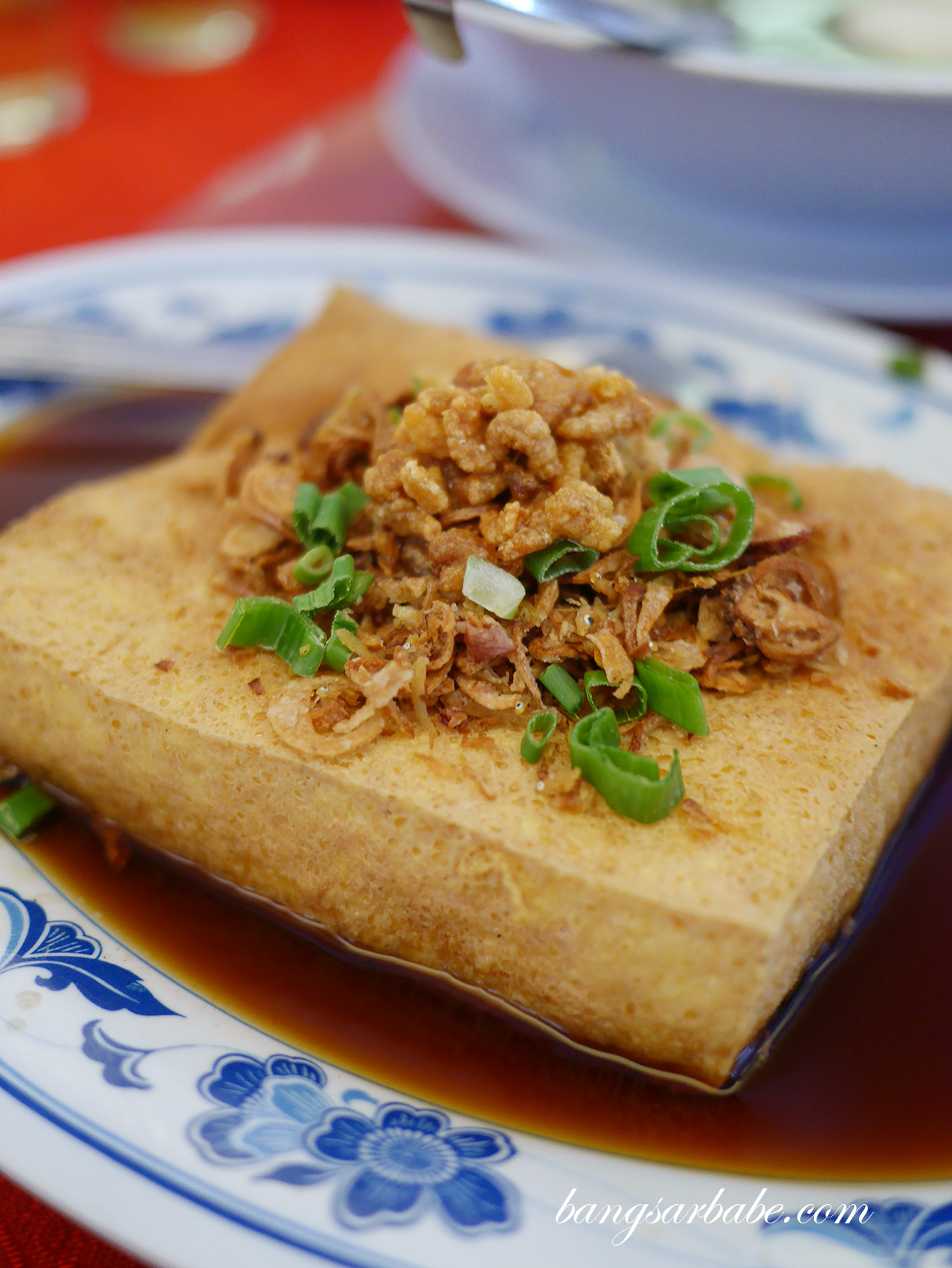 They have since relocated to a bigger space nearby The Store and the menu offers a variety of Hock Chew favourites and some generic items for those who aren’t fans of the cuisine. My friends and I ordered the red rice wine chicken soup with mee suah, sweet and sour fish maw soup, Fuzhou fishball soup, Hock Chew mixed vegetables, oyster omelette, sweet and sour pork, Hock Chew pork ribs with yam and preserved vegetables and Lido’s homemade tofu (not a Hock Chew dish). 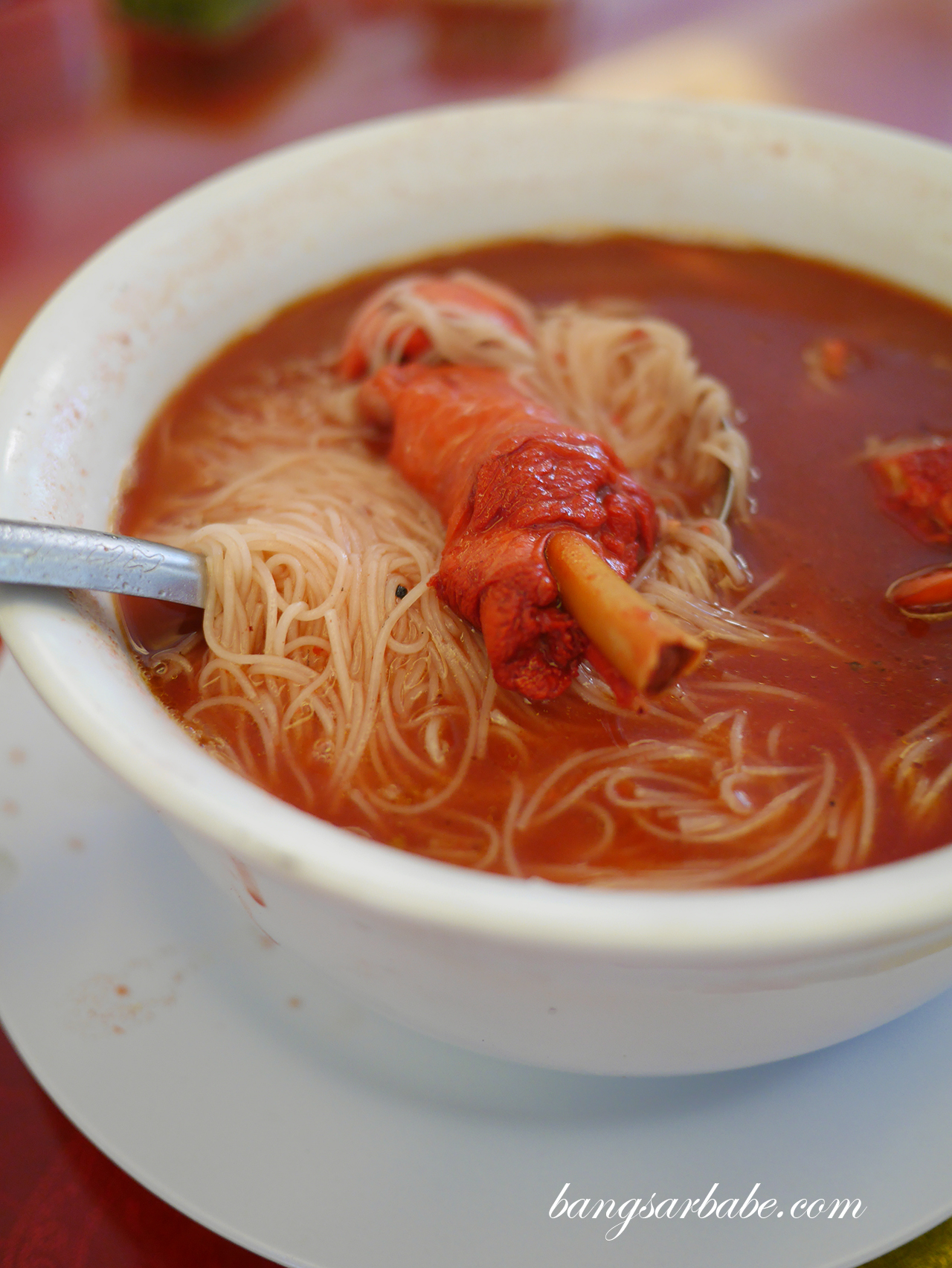 The red rice wine chicken soup isn’t as potent as I like it to be – it lacks spice from the old ginger and sweetness from the red wine. This tastes more like chicken soup rather than the Hock Chew specialty which I was seeking. More palatable for tourists but not what a true-blue Hock Chew would accept. 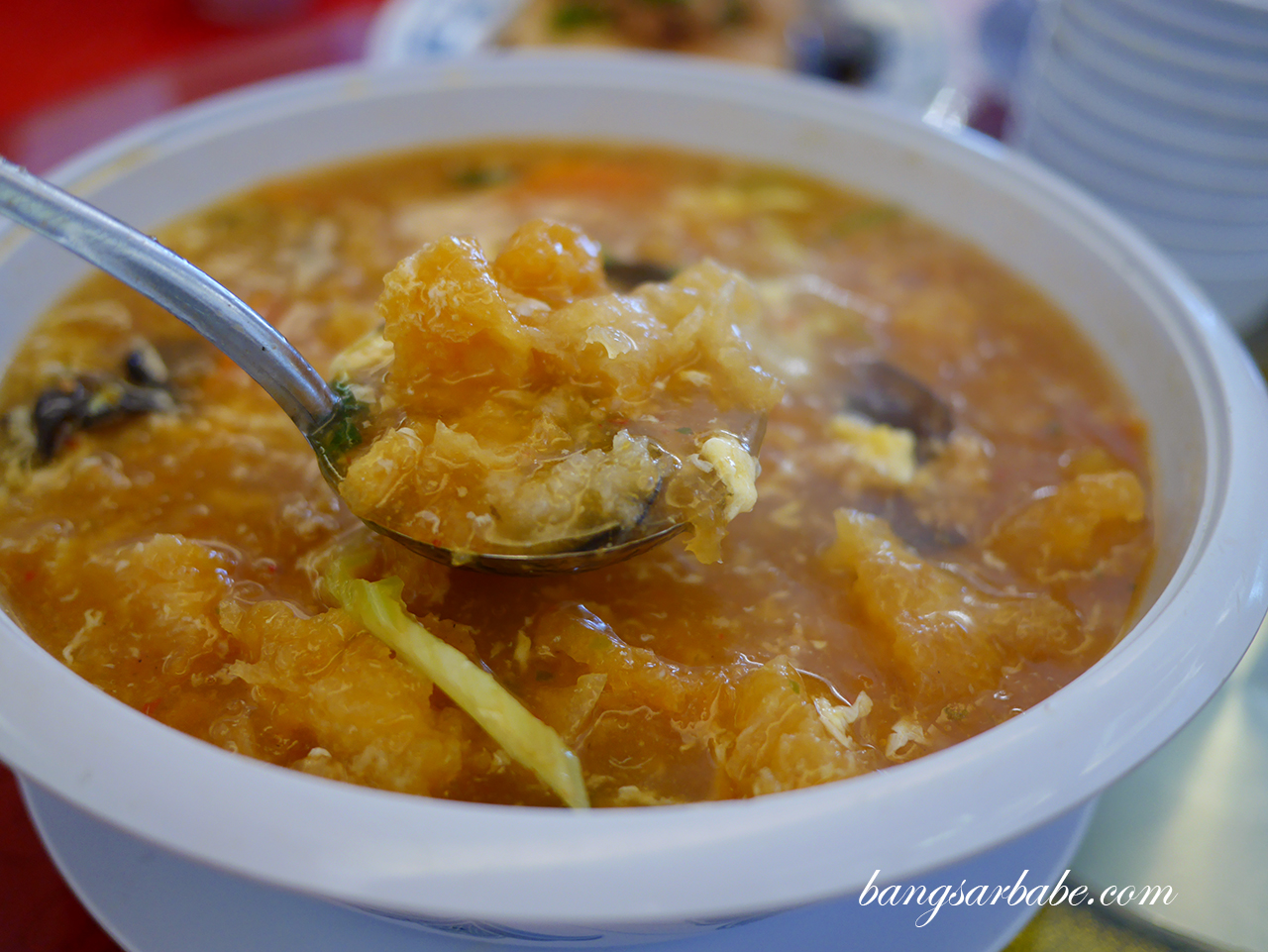 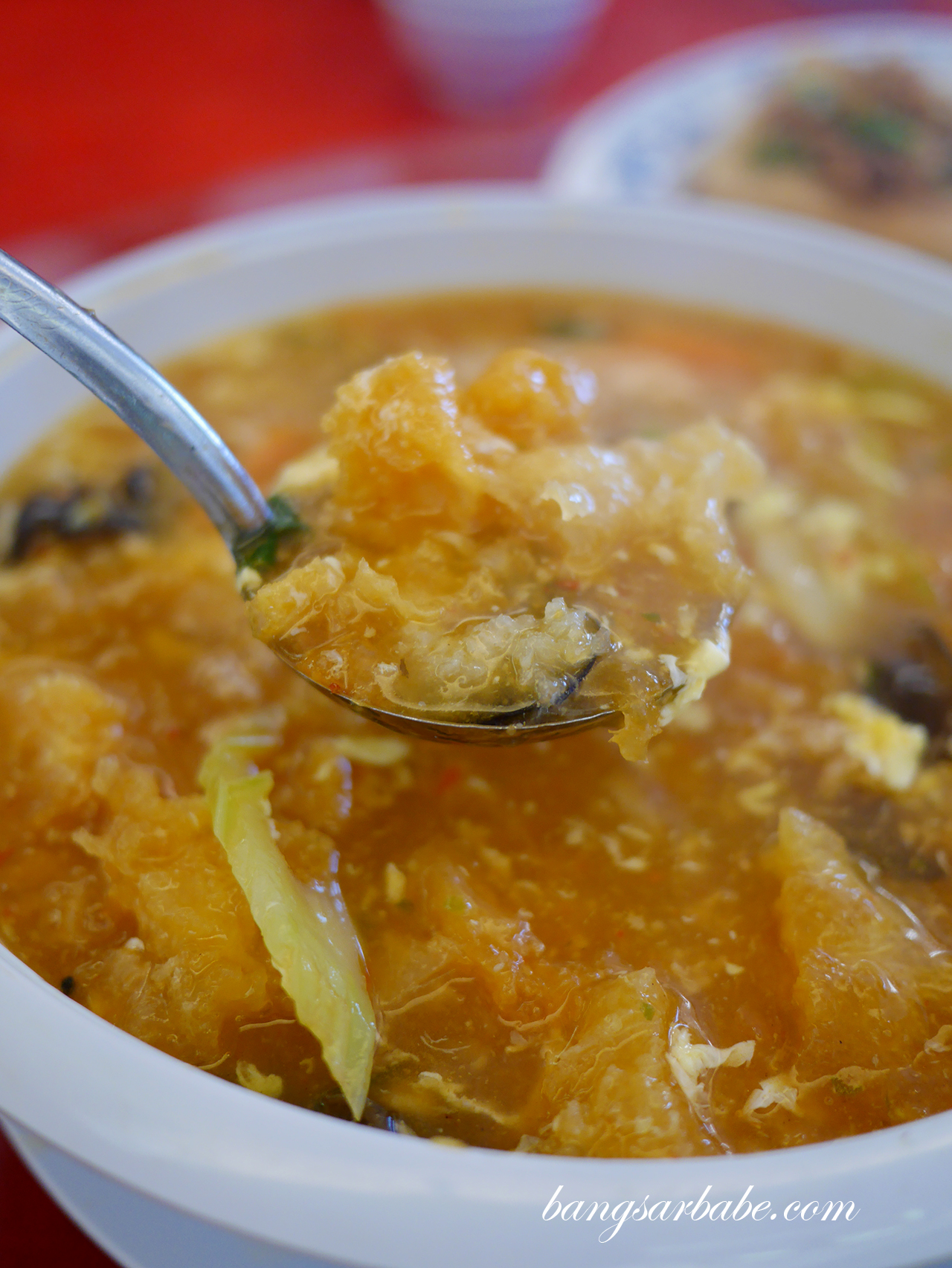 Lido’s sweet and sour fish maw soup is one of the more decent versions I’ve come across, commercially. It’s spicy, sour and sweet enough with bits of minced pork inside. I like how the fish maw is properly prepared/fried so it’s light and spongy. “Do a rush job with the frying and your fish maw will be sticky and heavy,” mum used to say as she taught me how to make this dish. 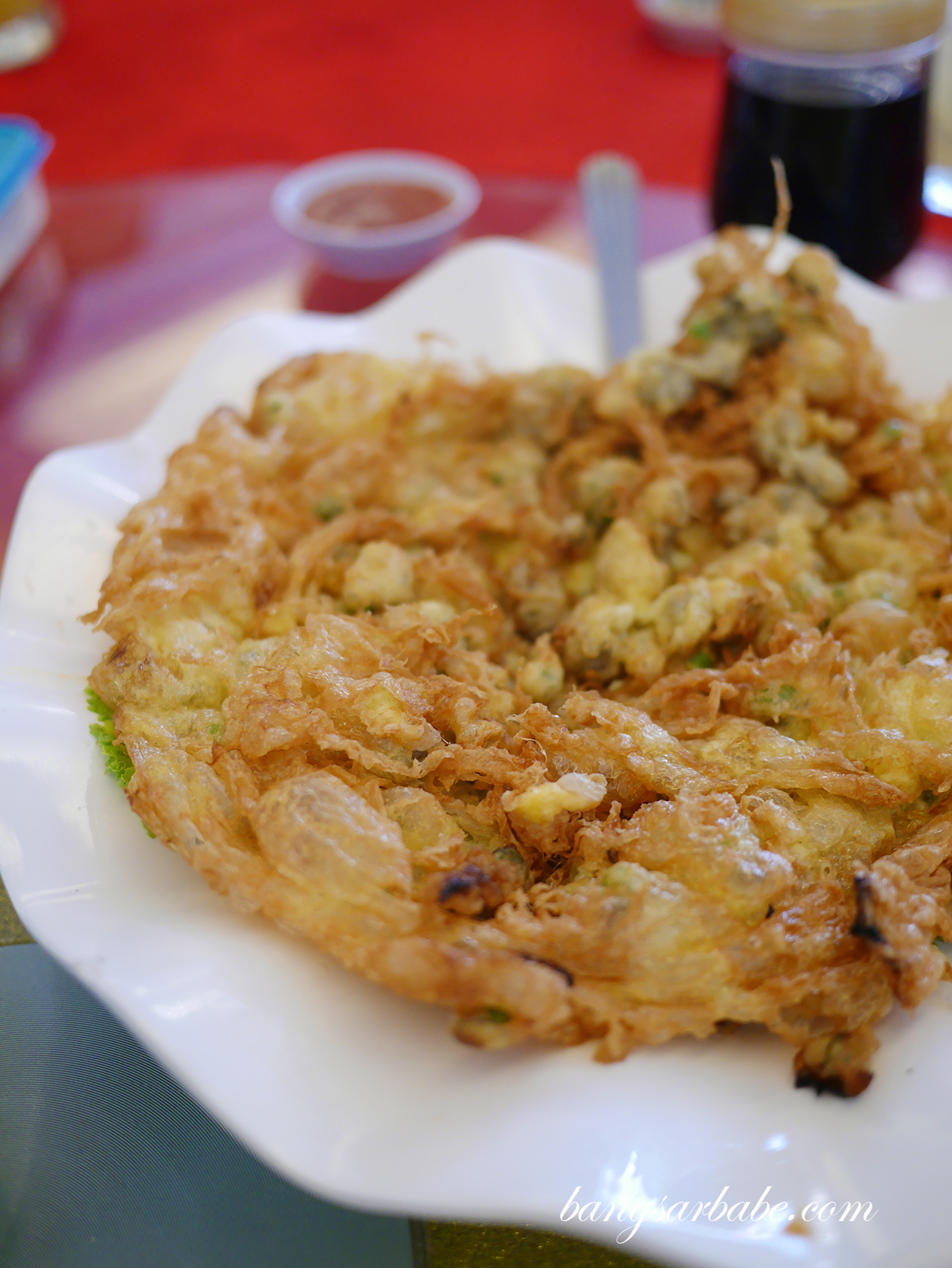 The oyster omelette at Lido is one of my favourites because they make it super crispy and are generous with the oysters inside. I prefer this over the version at Bei King, which is super oily and heavy at the centre. This comes with a side of Kampung Koh chilli sauce to kick things up a notch. 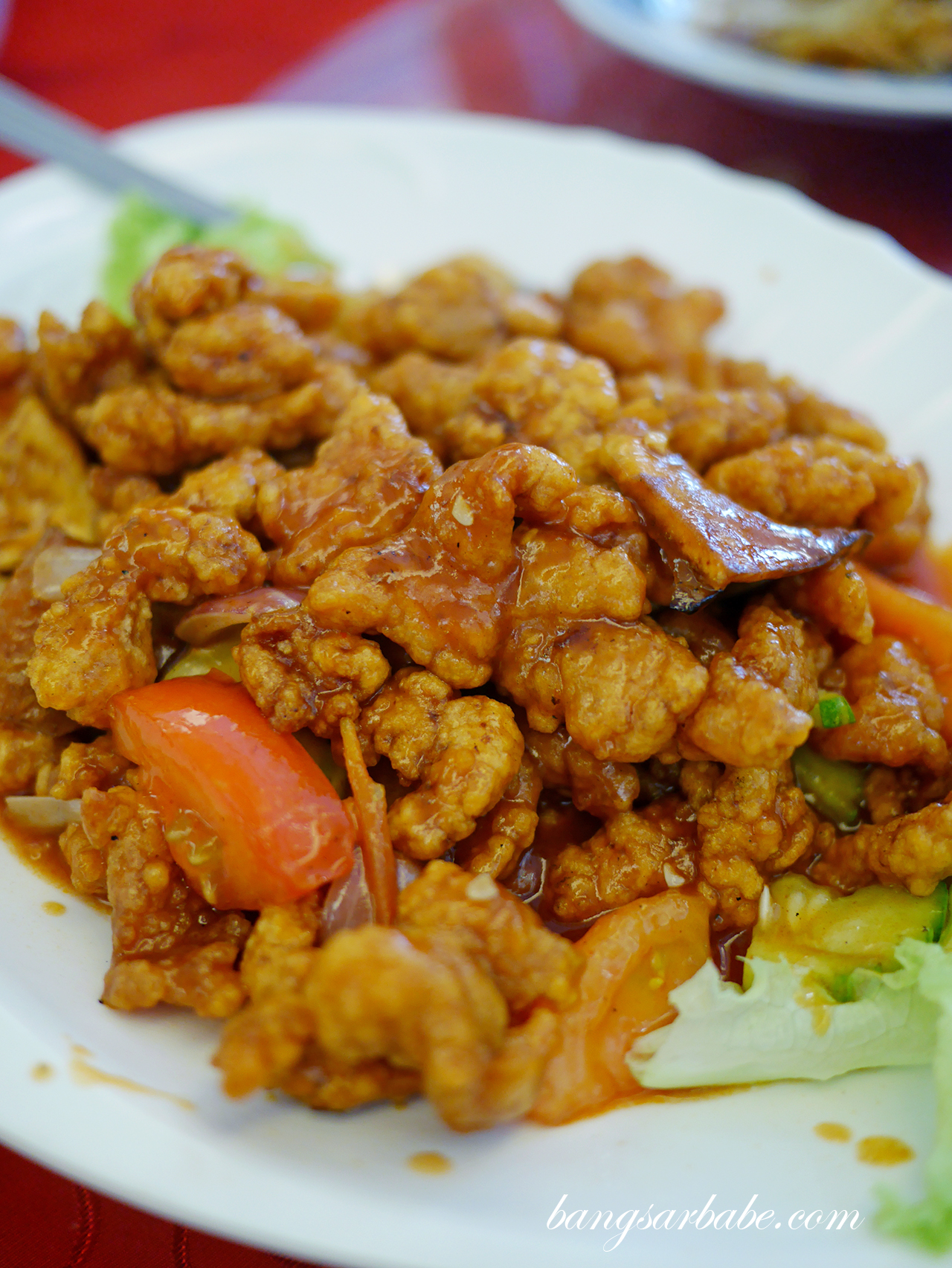 Jien insisted on his favourite sweet and sour pork – something a non-Hock Chew can easily enjoy, he claims. This is possibly his favourite dish to eat and one that my late grandmother made very well. Lido makes a decent version where the pork slices are crisp on the outside and tender enough at the centre. The seasoning in also nicely balanced so it’s not overly sweet. 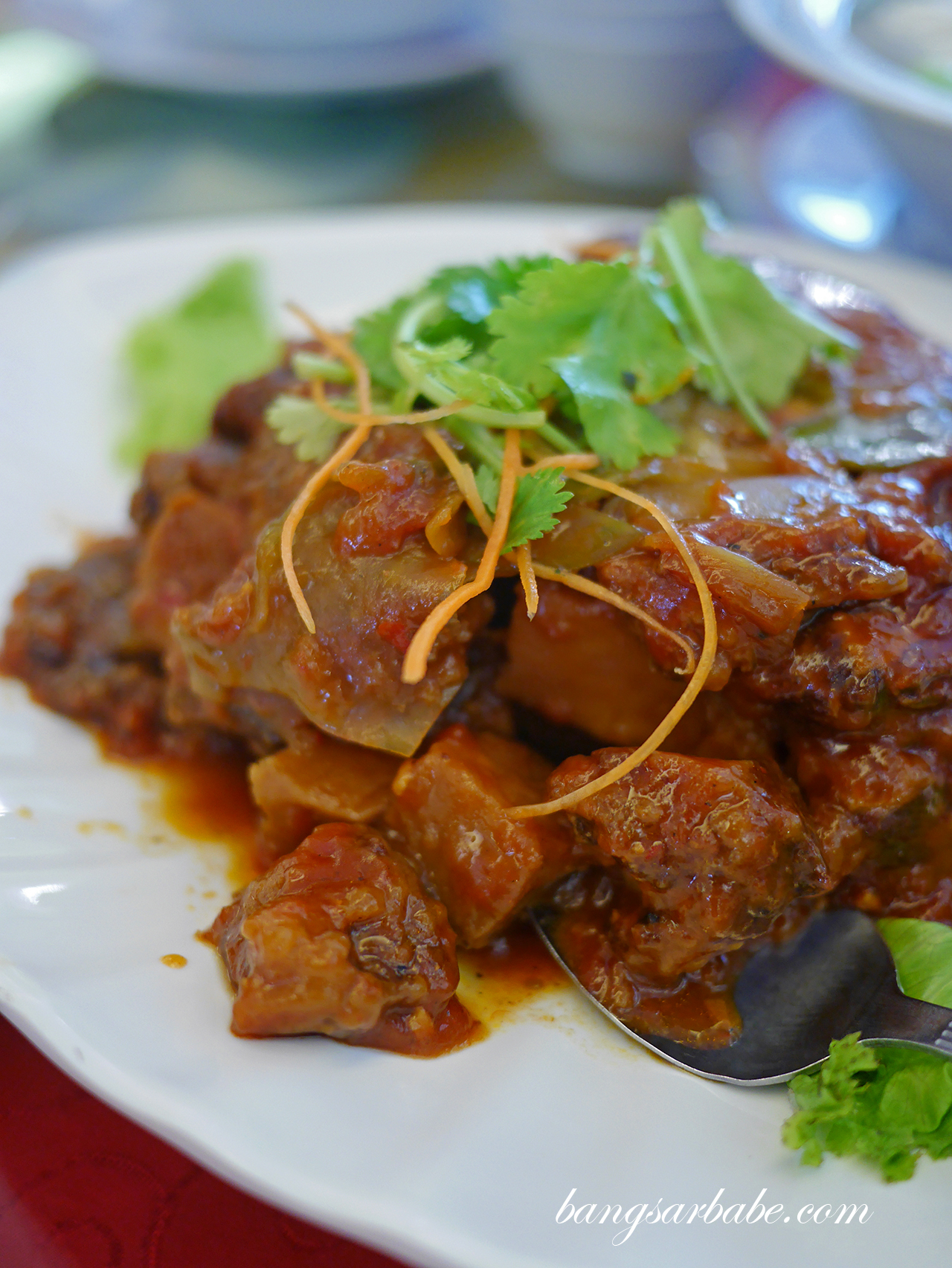 I asked for the pork ribs with preserved vegetables and yam, which is a popular dish during banquet meals in Sitiawan. It’s an acquired taste, similar to the red rice wine chicken soup. The pork ribs aren’t exactly the most tender and the yam tends to be overcooked to it’s mushy. Still, it’s a dish that evokes a lot of good memories so I order it whenever possible. 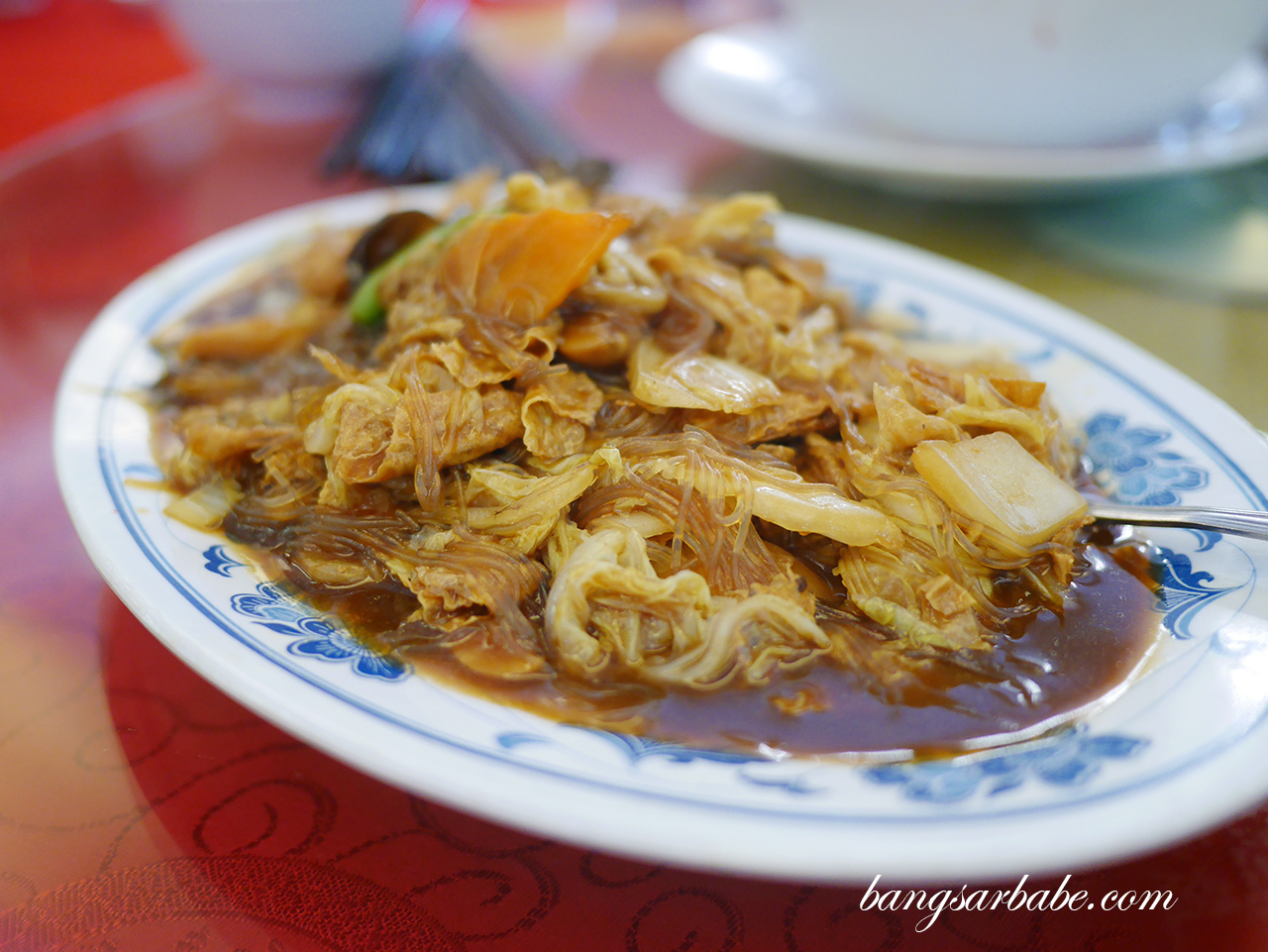 Lido’s Hock Chew mixed vegetables lean towards the salty side. I reckon they need to go easy on the soy sauce but overall, it’s a good dish to eat with steamed rice. You get beancurd sheets, black fungus, cabbage, carrots and glass noodles cooked in a mix of dark sauce and fermented beancurd. 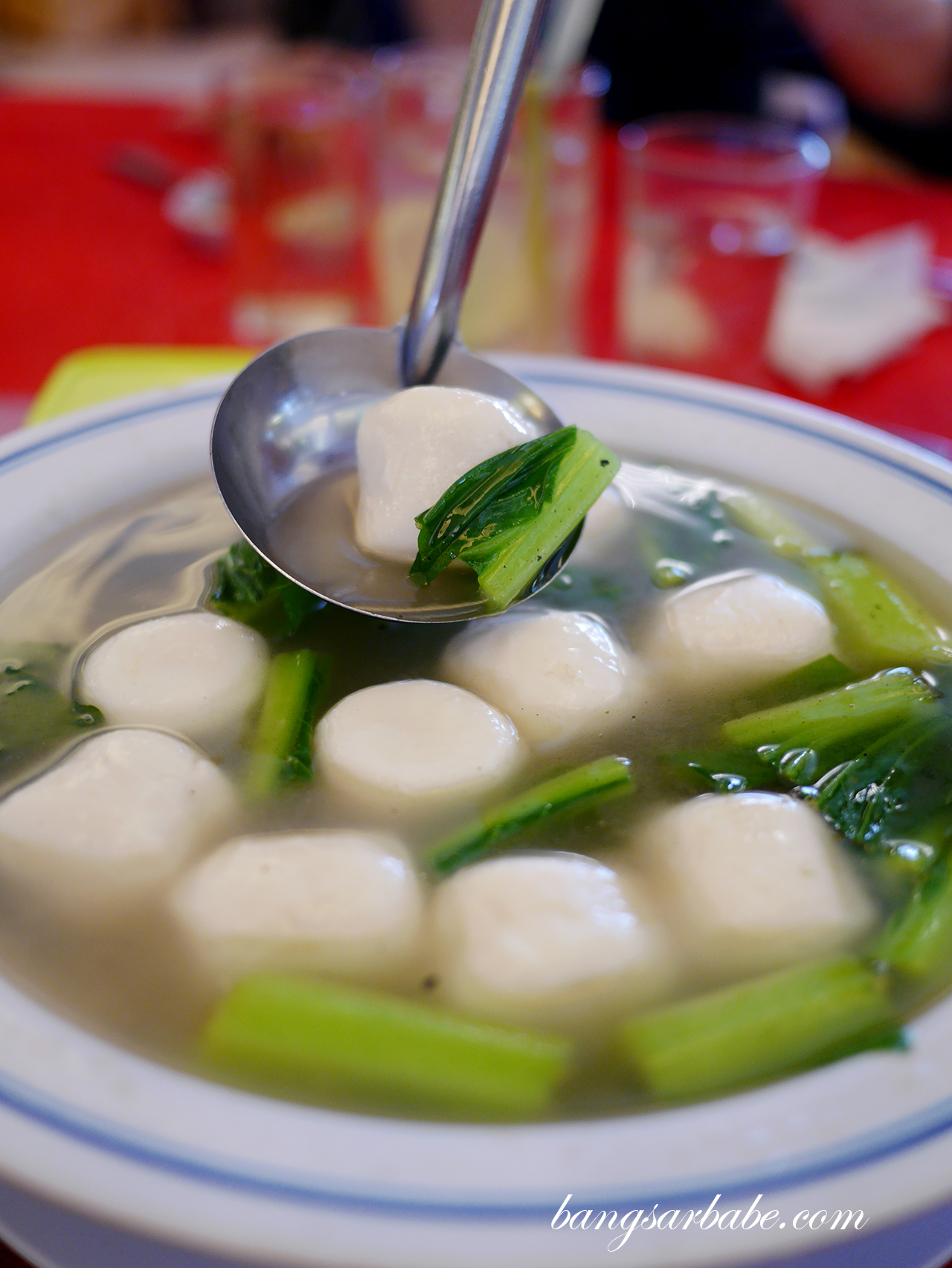 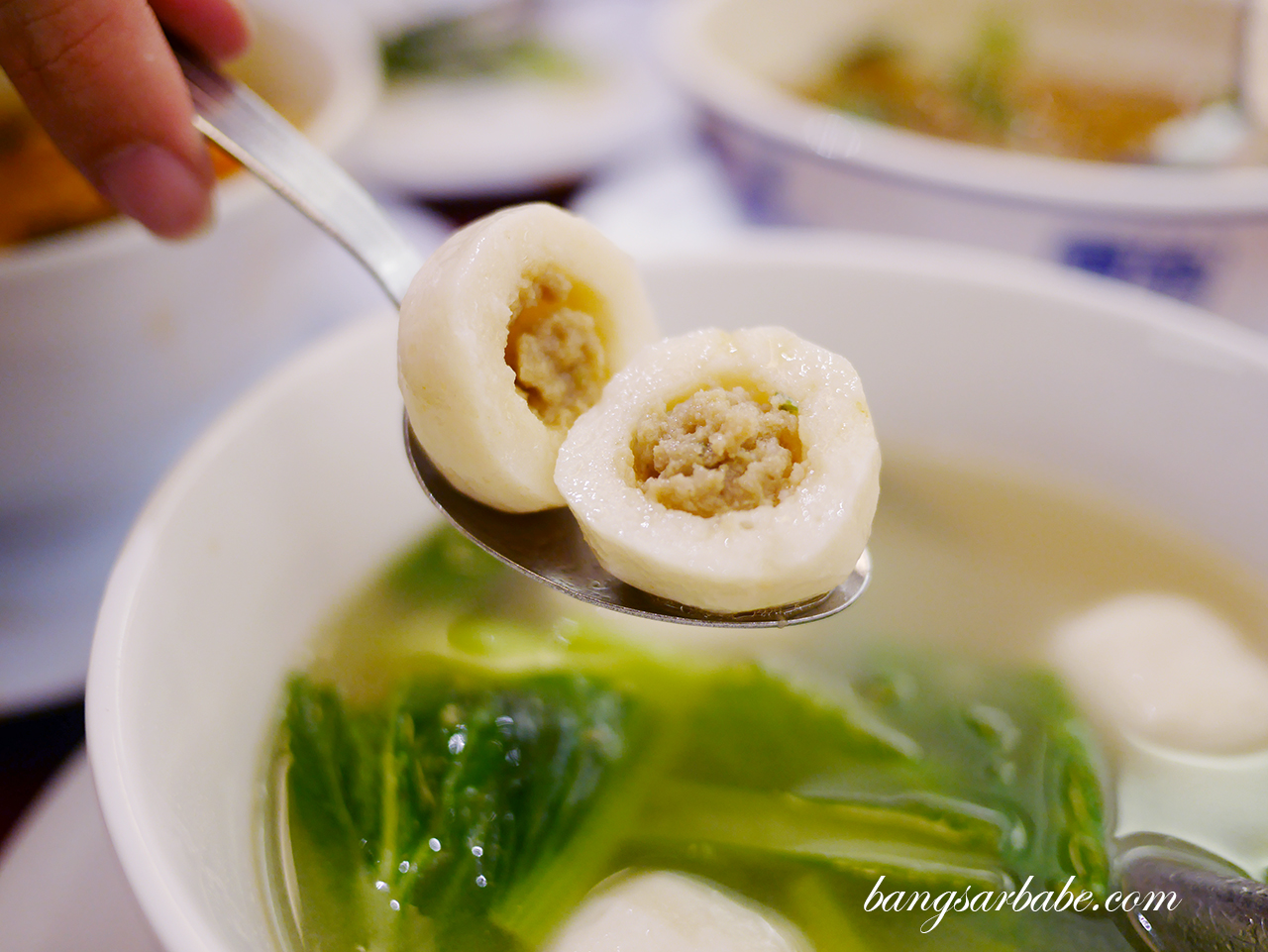 The Fuzhou fishball soup is pretty standard and easily available even in Klang Valley. But I still order this because it complements the meal. Lido’s Cha Ju Mein (braised noodles) isn’t much to shout about but it’s becoming more difficult to find places in Sitiawan that serves this. So I take what I can get. 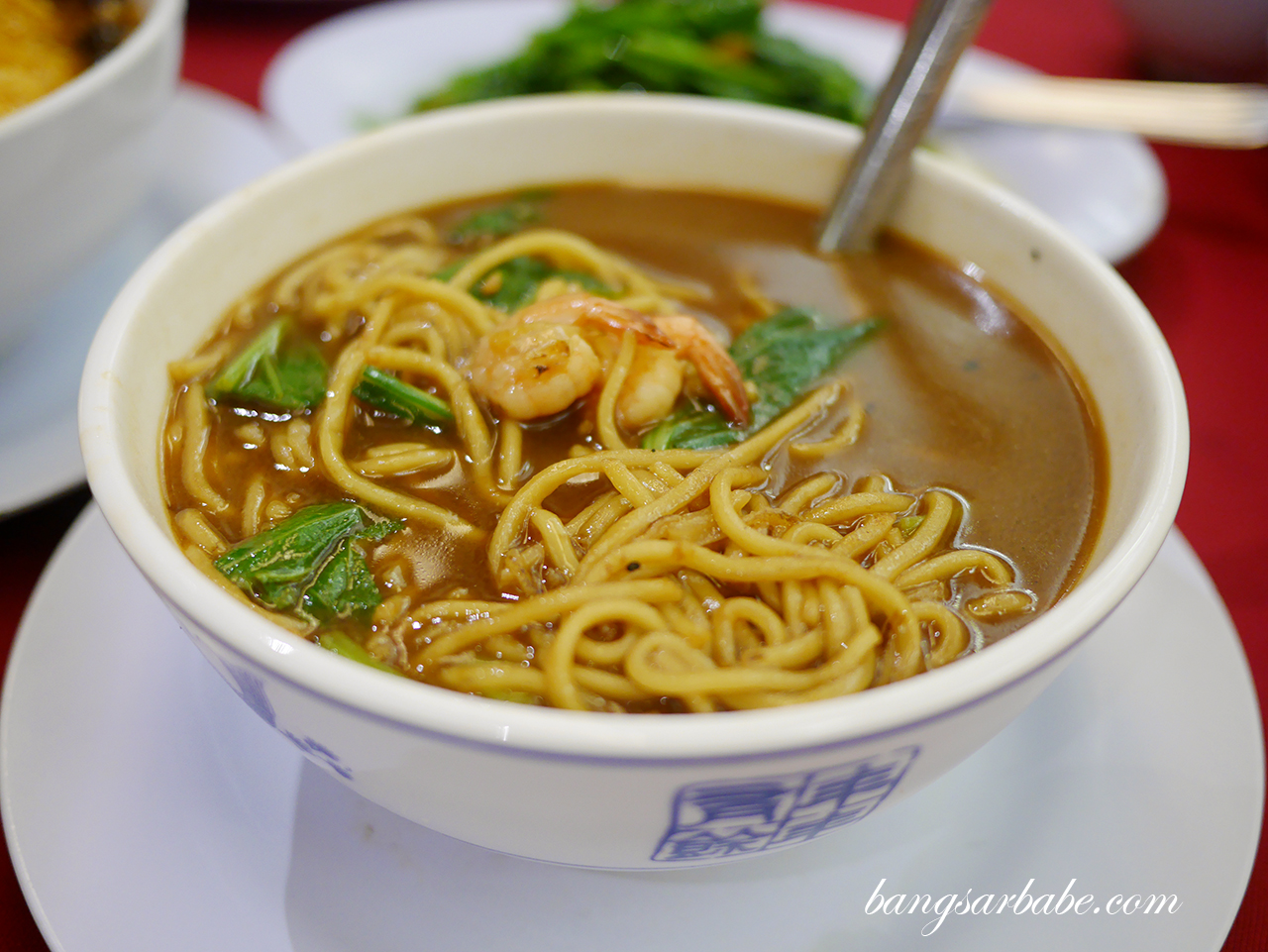 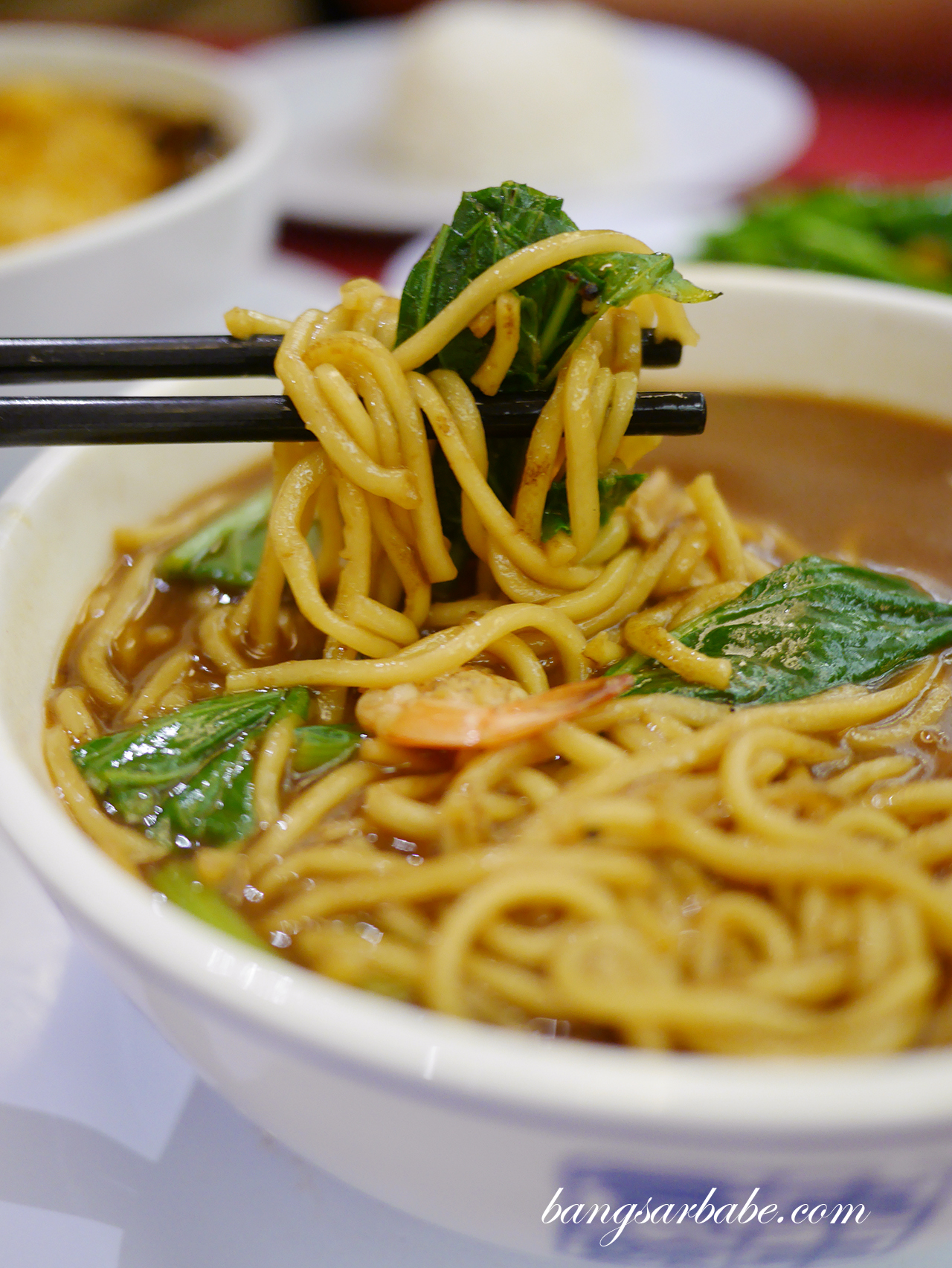 Overall, I find the food at Lido Restaurant decent enough to satisfy my cravings for Hock Chew cuisine. It’s also easily accessible, making it a popular option for both the locals and tourists. 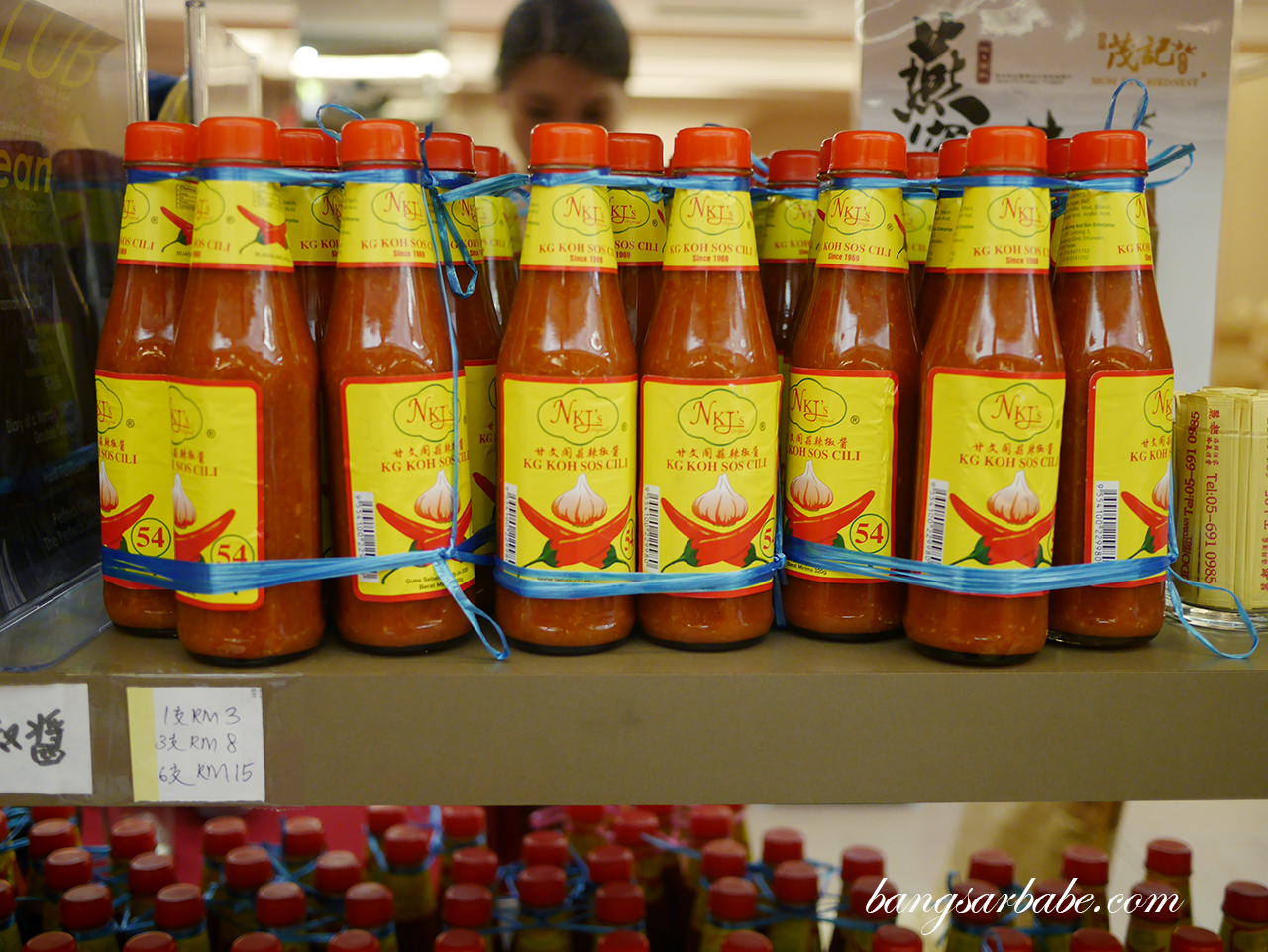 Expect to pay between RM25-35 per head depending on what you order. If you’re ever in Sitiawan and want to experience Hock Chew cuisine, this is an option to consider.

Verdict: Not the best when it comes to Hock Chew cuisine, but they have the most consistency and variety overall. 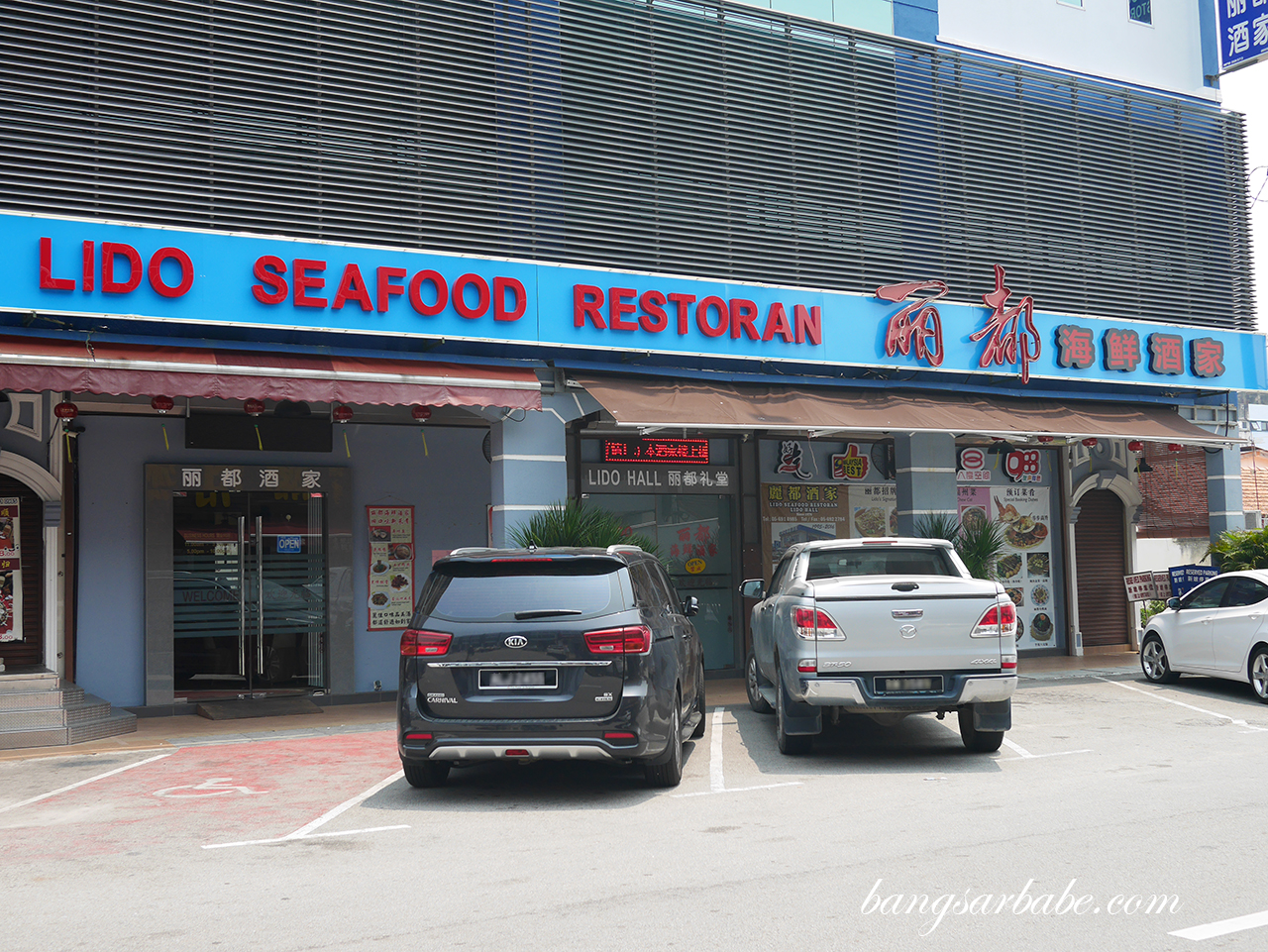