Penang folks tend to be slightly more defensive (and patriotic) when it comes to their food, especially those from the island, I feel. I say this because I often receive comments and emails from Penangites whenever I write about food in Penang or Penang food in Klang Valley. 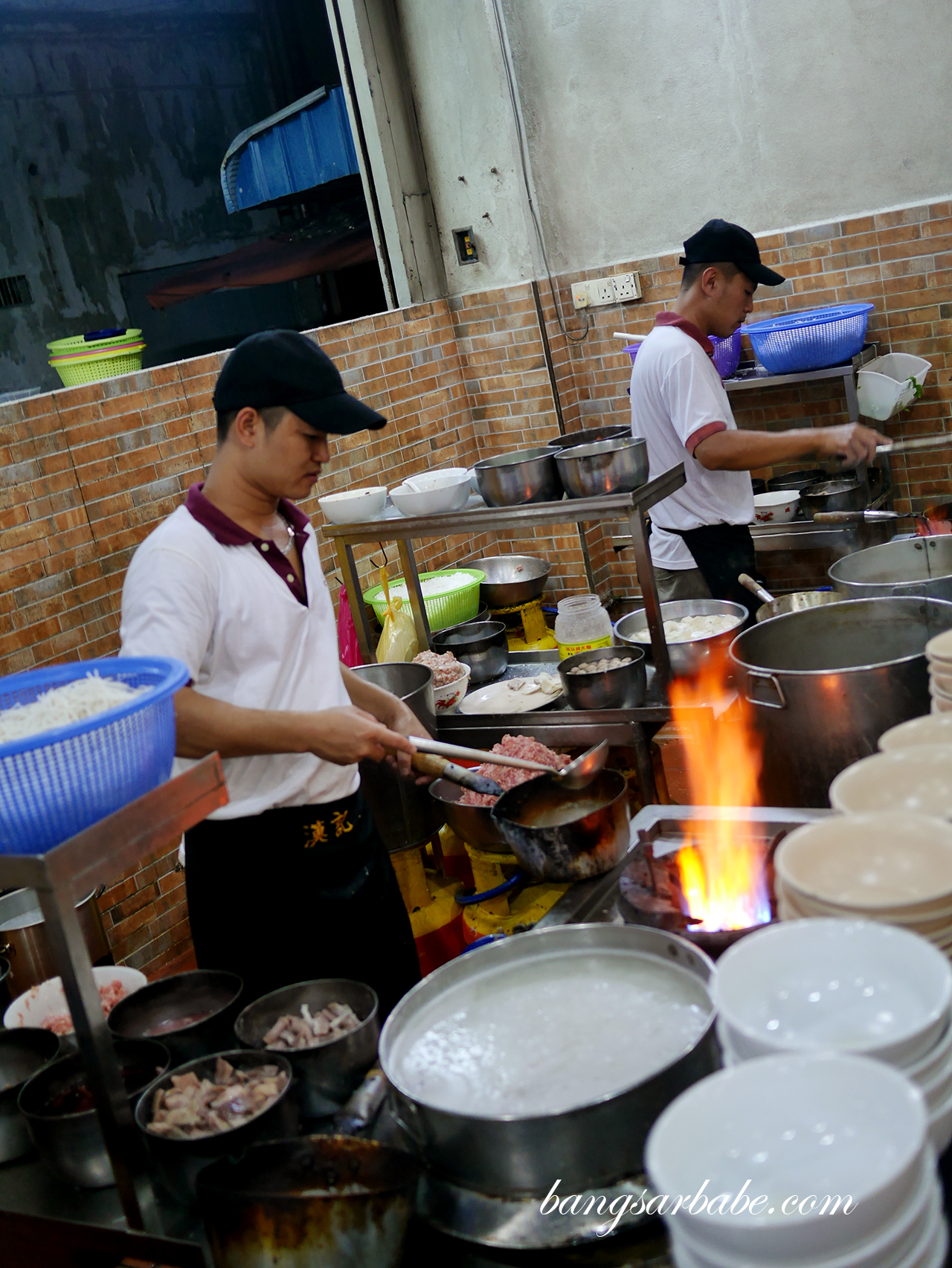 I first visited Hon Kei back in 2012 (at Ho Ping coffeeshop), when our family friend Uncle Tai took me for pork porridge with “all the good stuff”, he claimed. Turns out, the good stuff he meant were innards (a whole bowl full of them), which freaked me out I couldn’t eat without gagging. 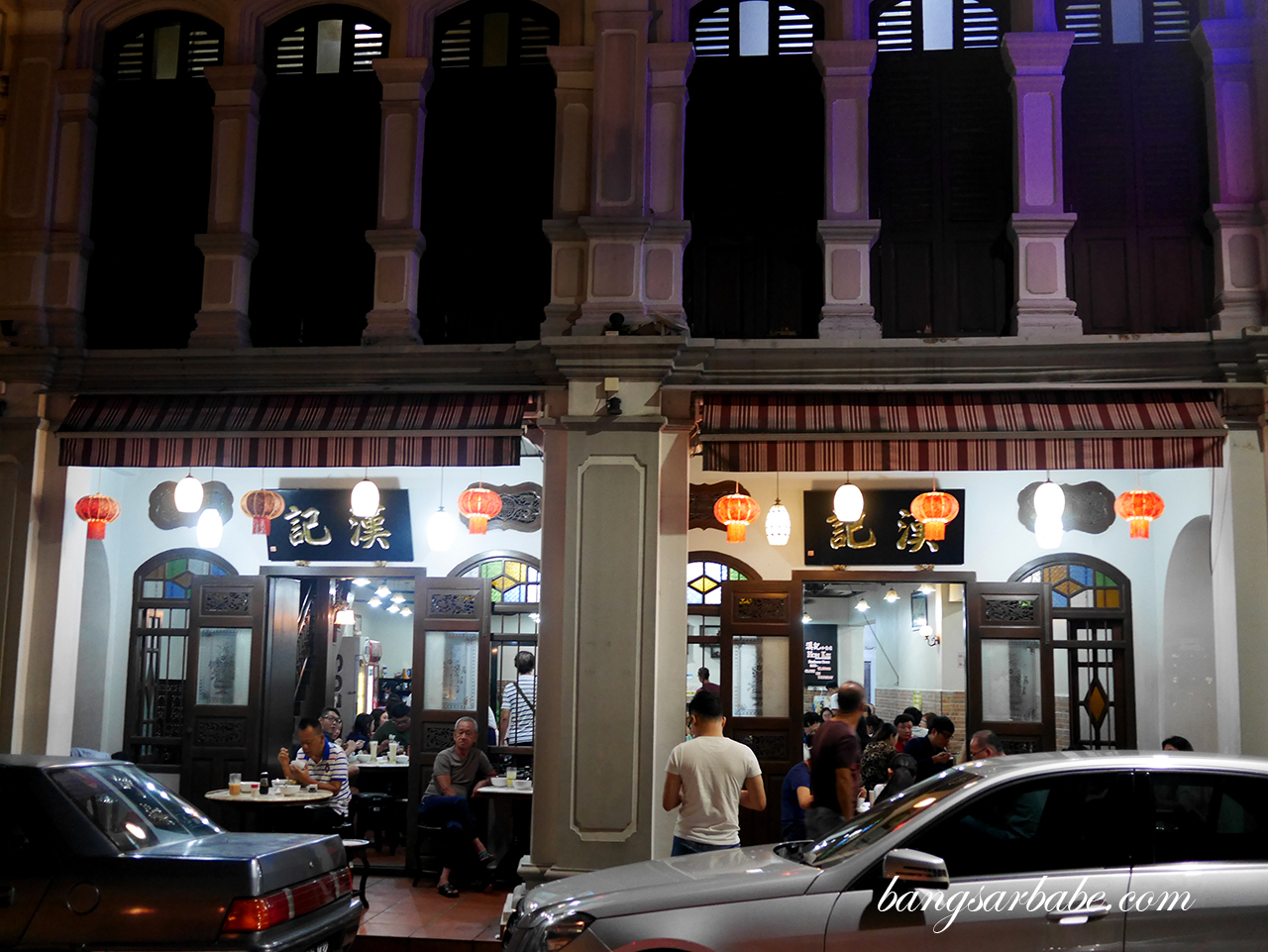 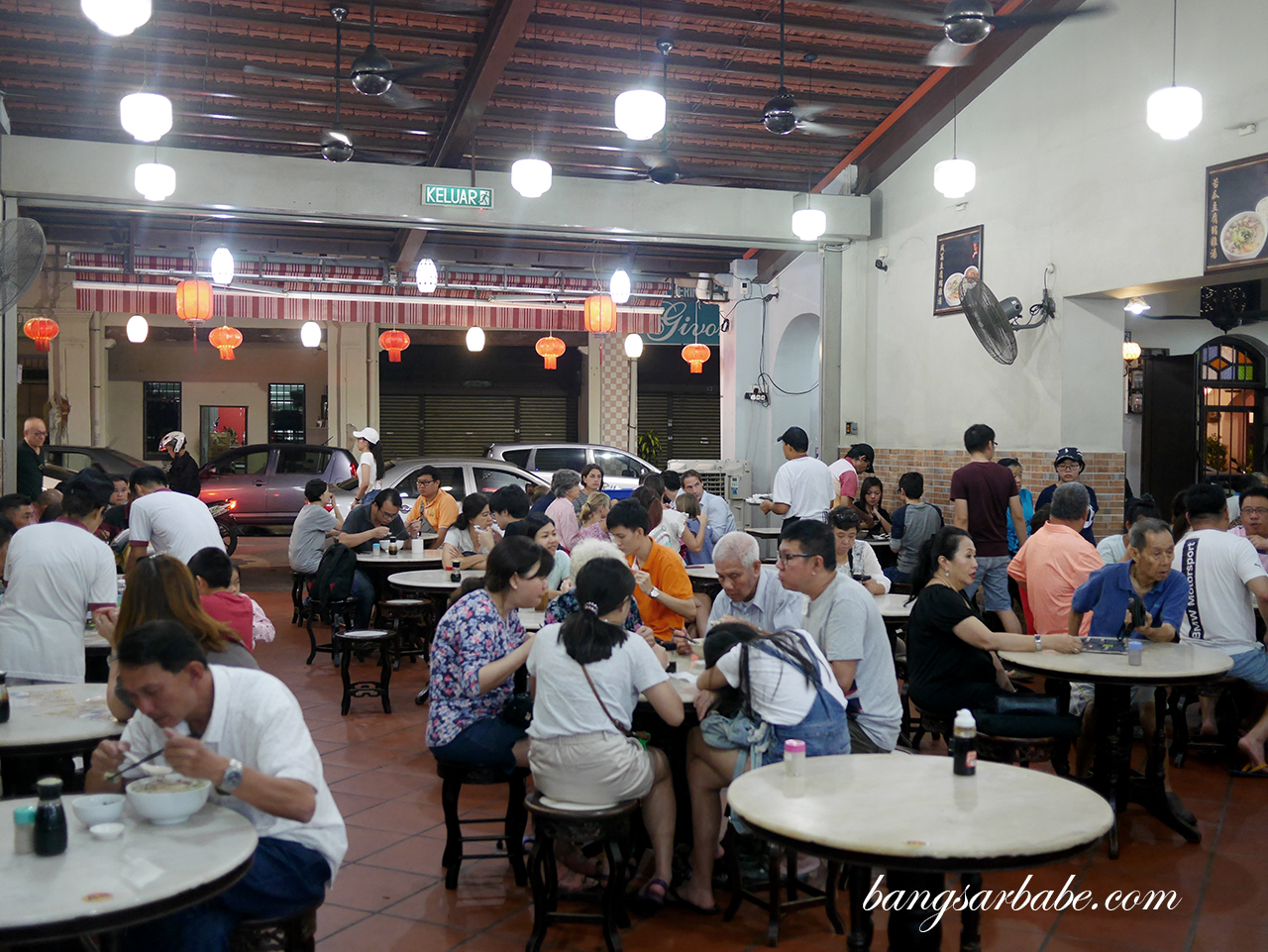 Hon Kei has since moved to a larger premise a few doors away from the coffeeshop, offering pork noodles, porridge and other items like fish noodles, tomyam noodles and fried dishes. Jien’s colleague from Penang highly recommends the pork noodles here – claiming he prefers Hon Kei to the one in SS15 Subang Jaya. 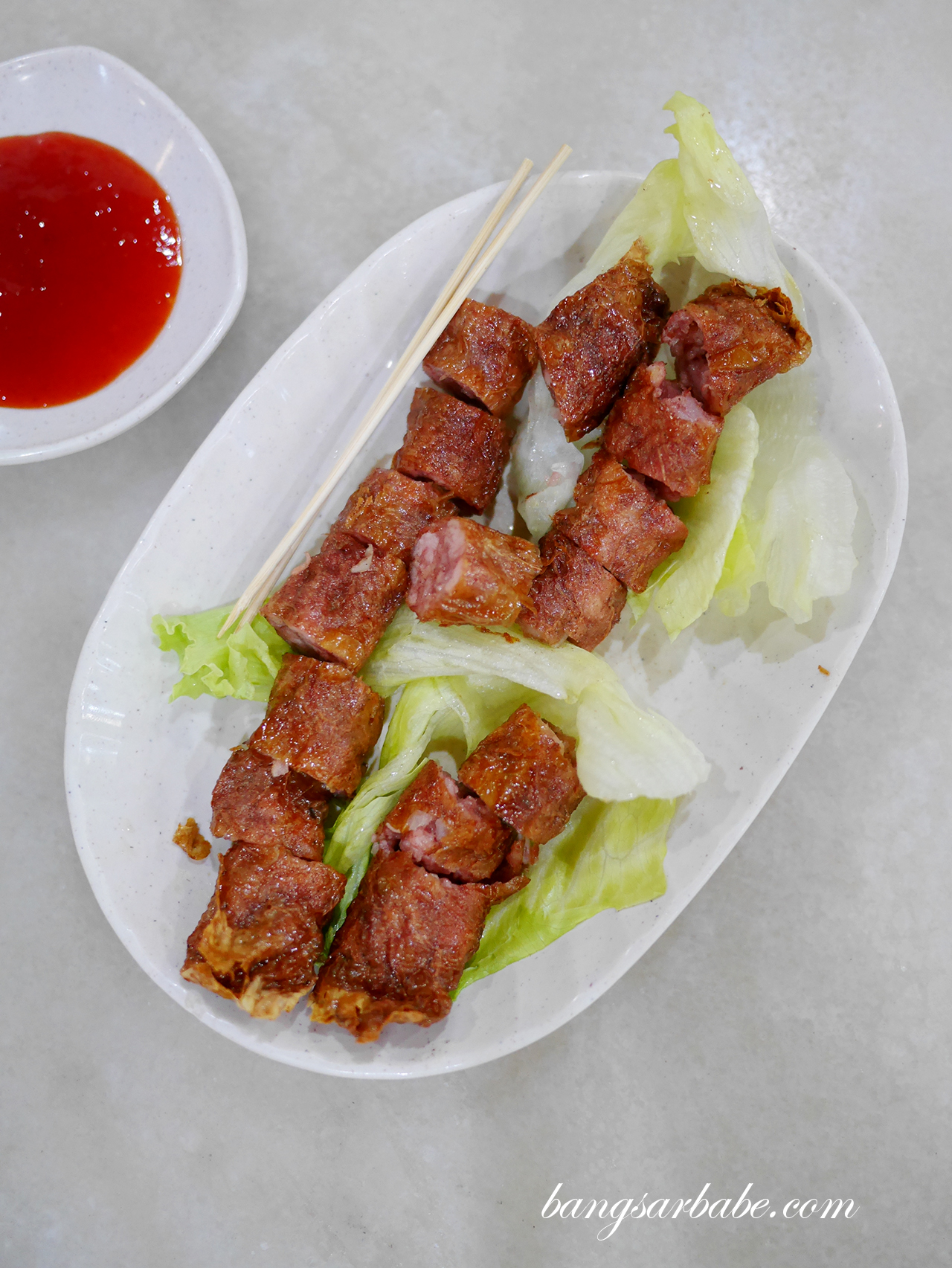 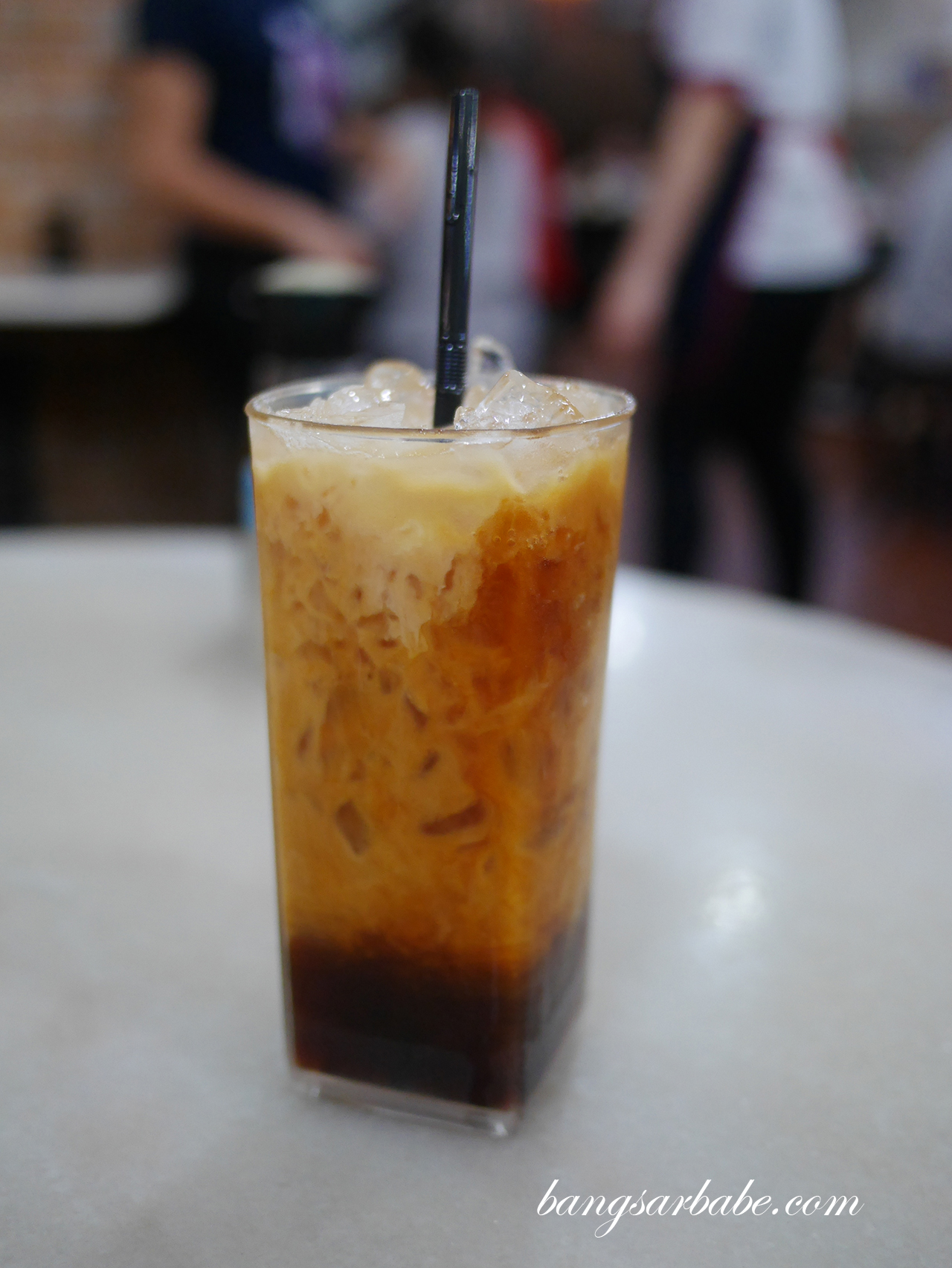 The iced tea is good here

You’re given two menus at Hon Kei; one comprising pork noodles, porridge, fish noodles and pork soup, while the other menu offers tomyam noodles, side dishes and fried noodle dishes. It takes about 15-20 minutes for your bowl of noodles to be ready and we were told to order extra minced pork to accentuate the flavour of the soup. 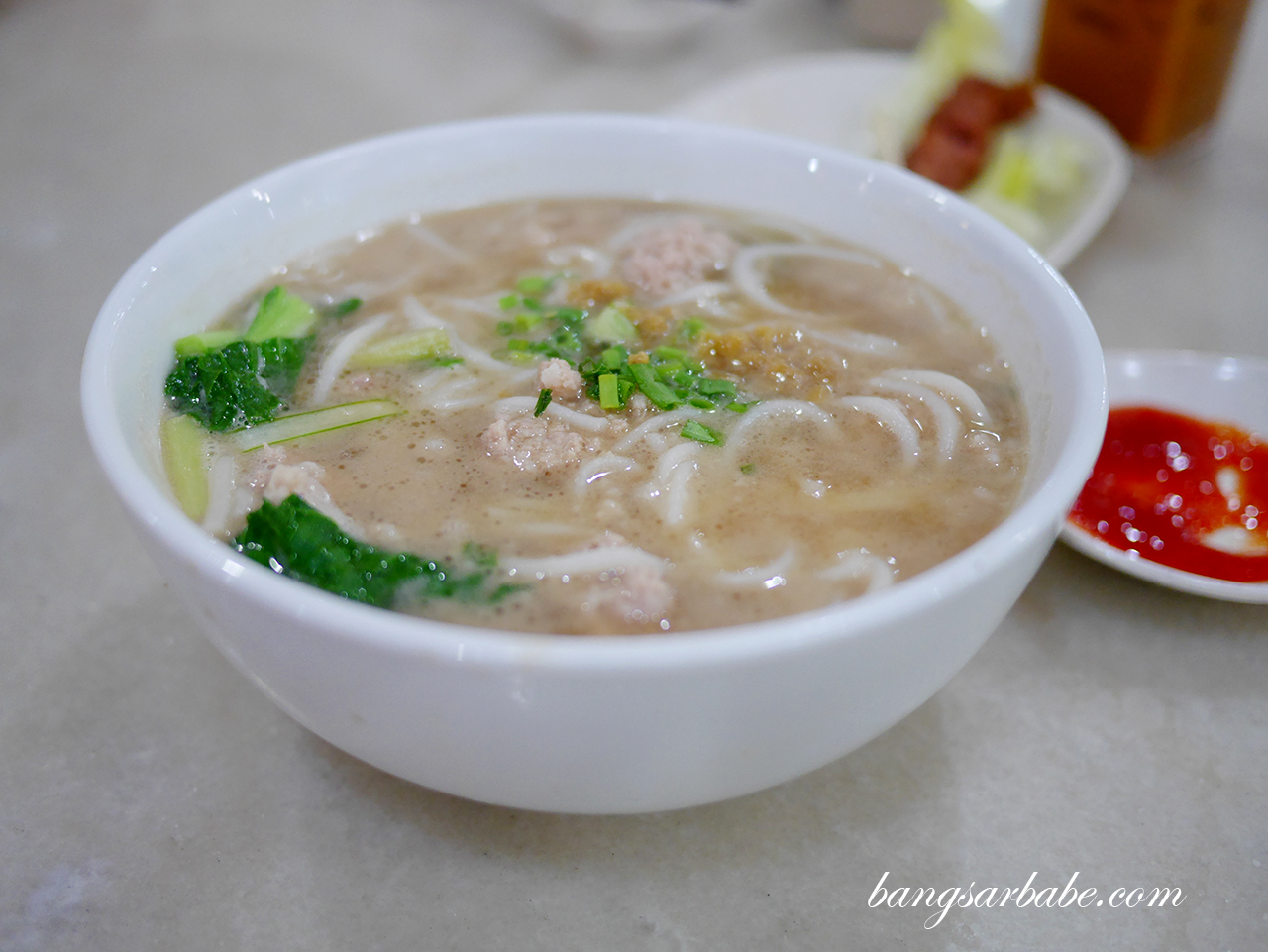 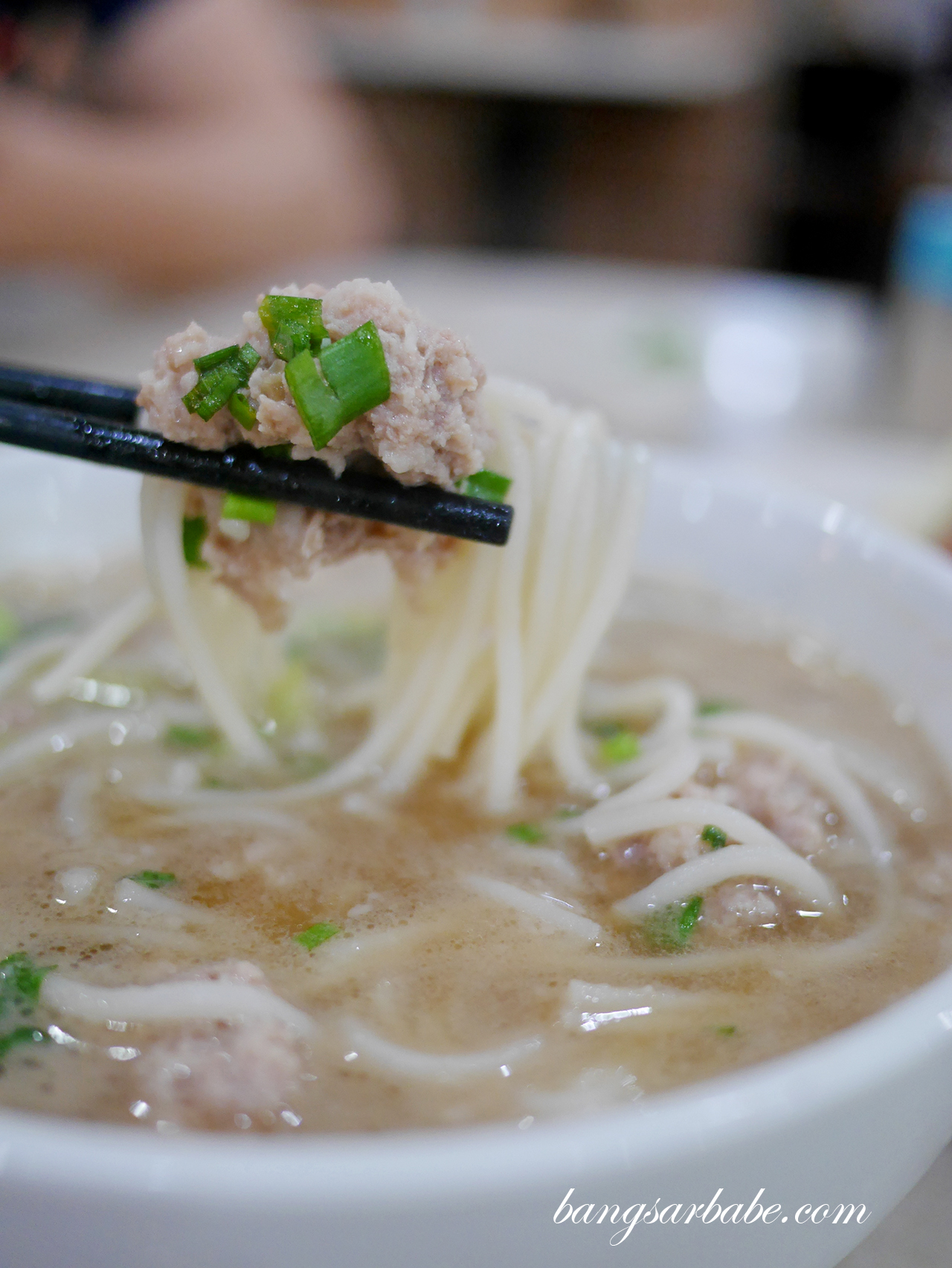 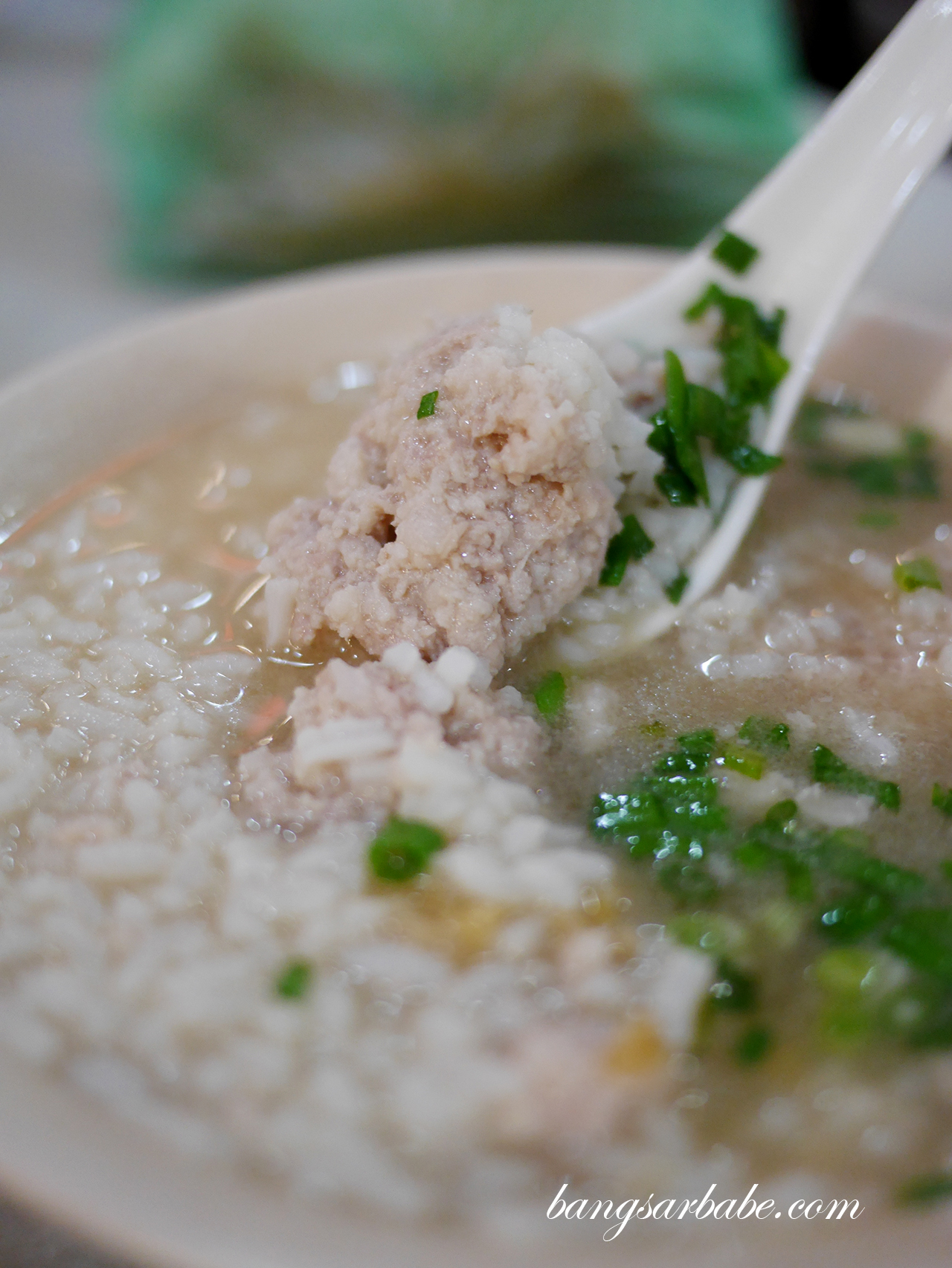 The broth was rich from the pork bones; closer to the ramen kind of porky rather than the sweet pork bones kind of porky, if you know what I mean. I like the porridge version, with just minced pork. Known to most as “Bak Mui”, the rice grains are soft but not completely mushy so you still get a bit of texture in each mouthful. 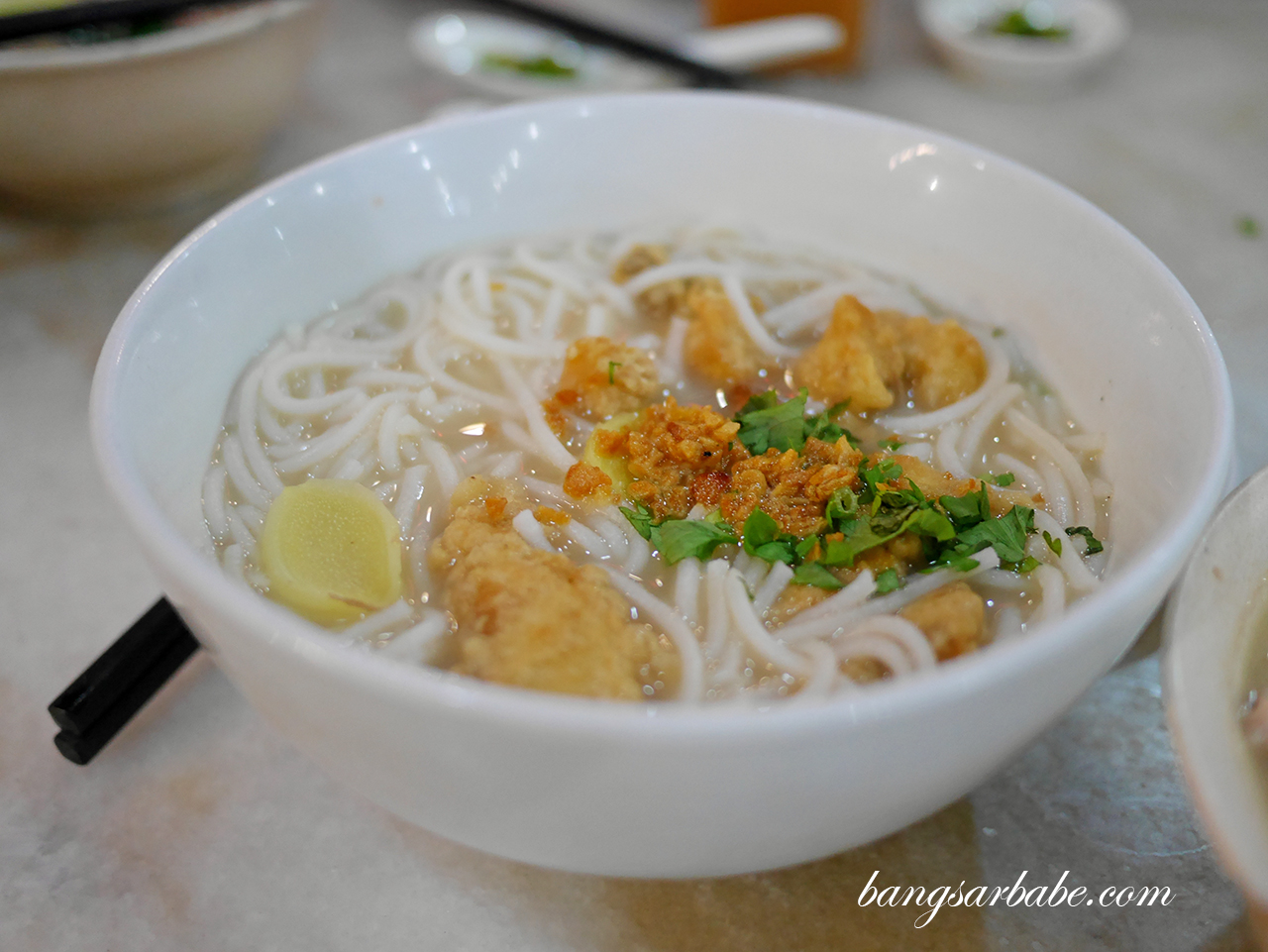 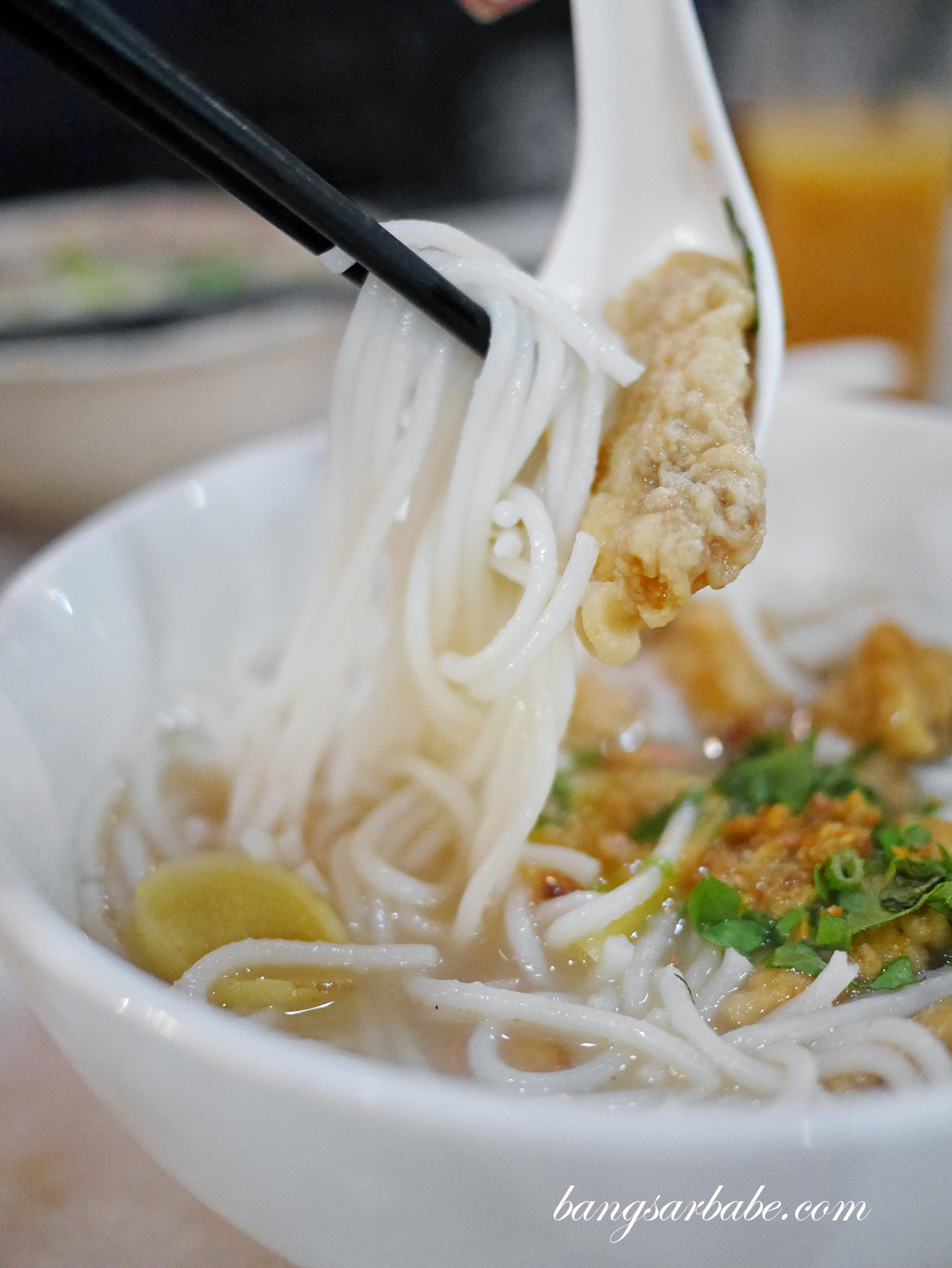 On my second visit, I went for the fish noodles which I found, wasn’t as tasty as the pork noodles. It wasn’t as flavourful as the latter and was missing the sweetness and depth one would expect from fish noodles. The salted vege pork soup was god stuff – meaty and flavour packed with sharp accents from the pickled vegetables. Definitely something I’d order again and again. 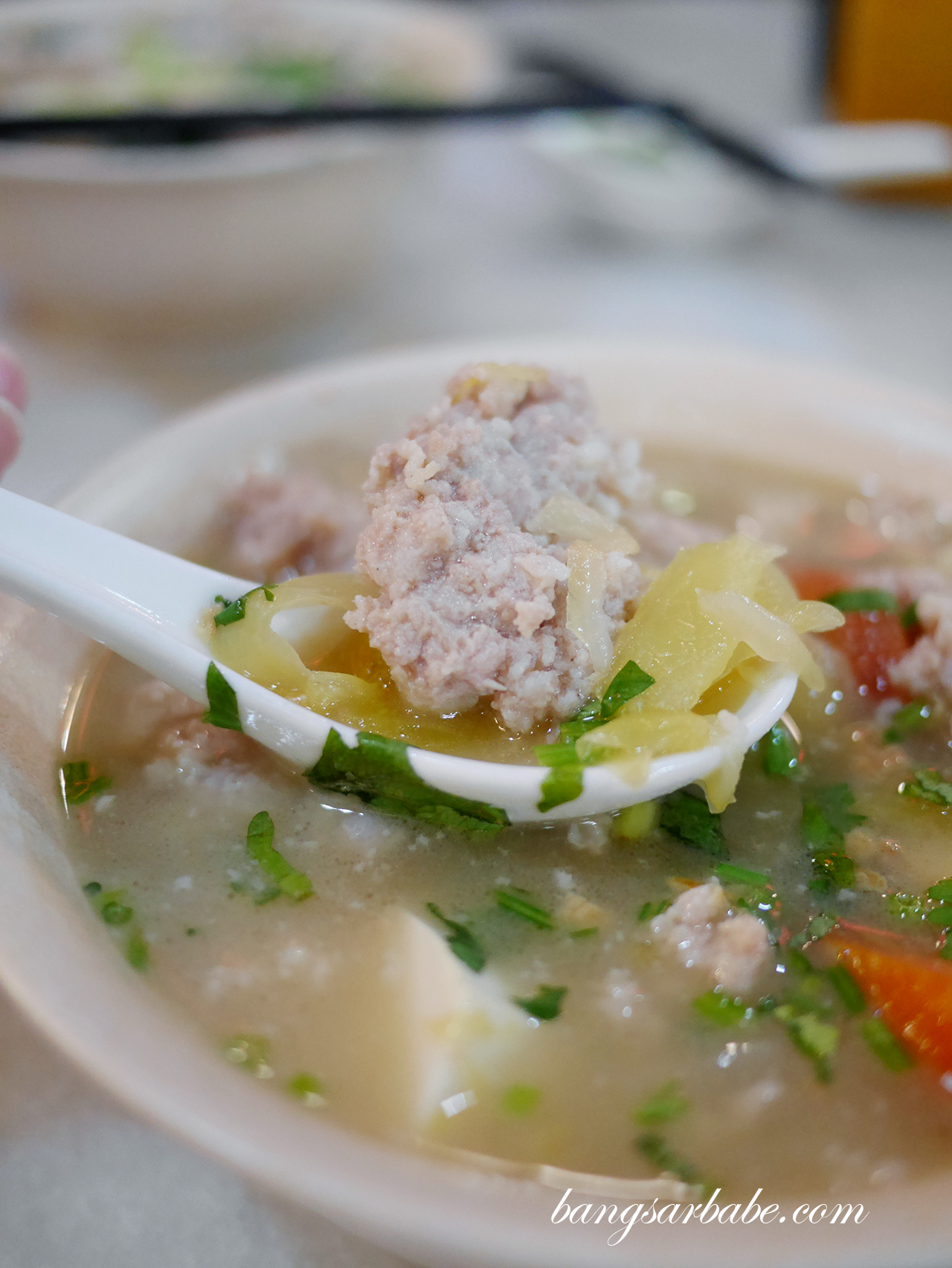 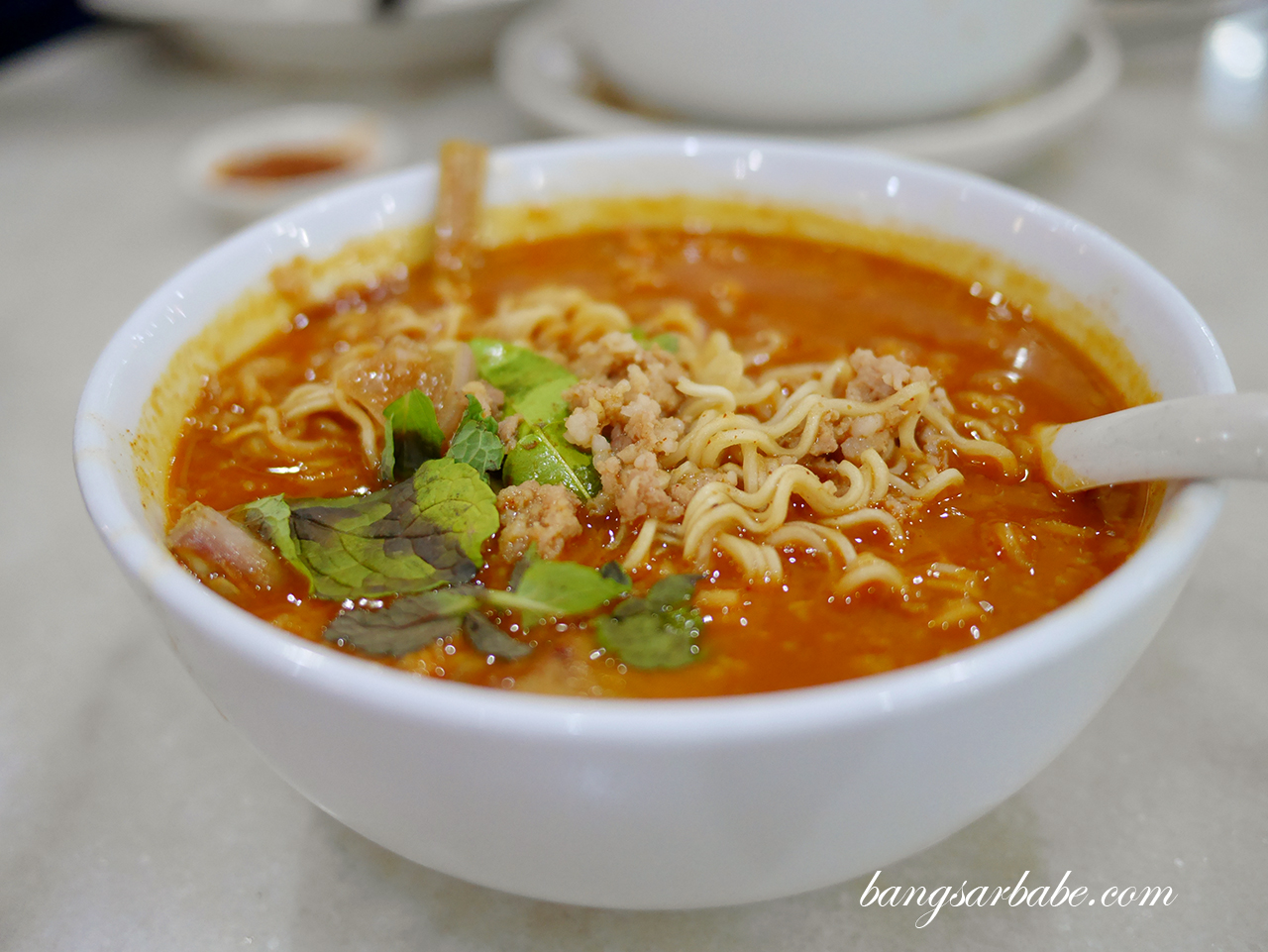 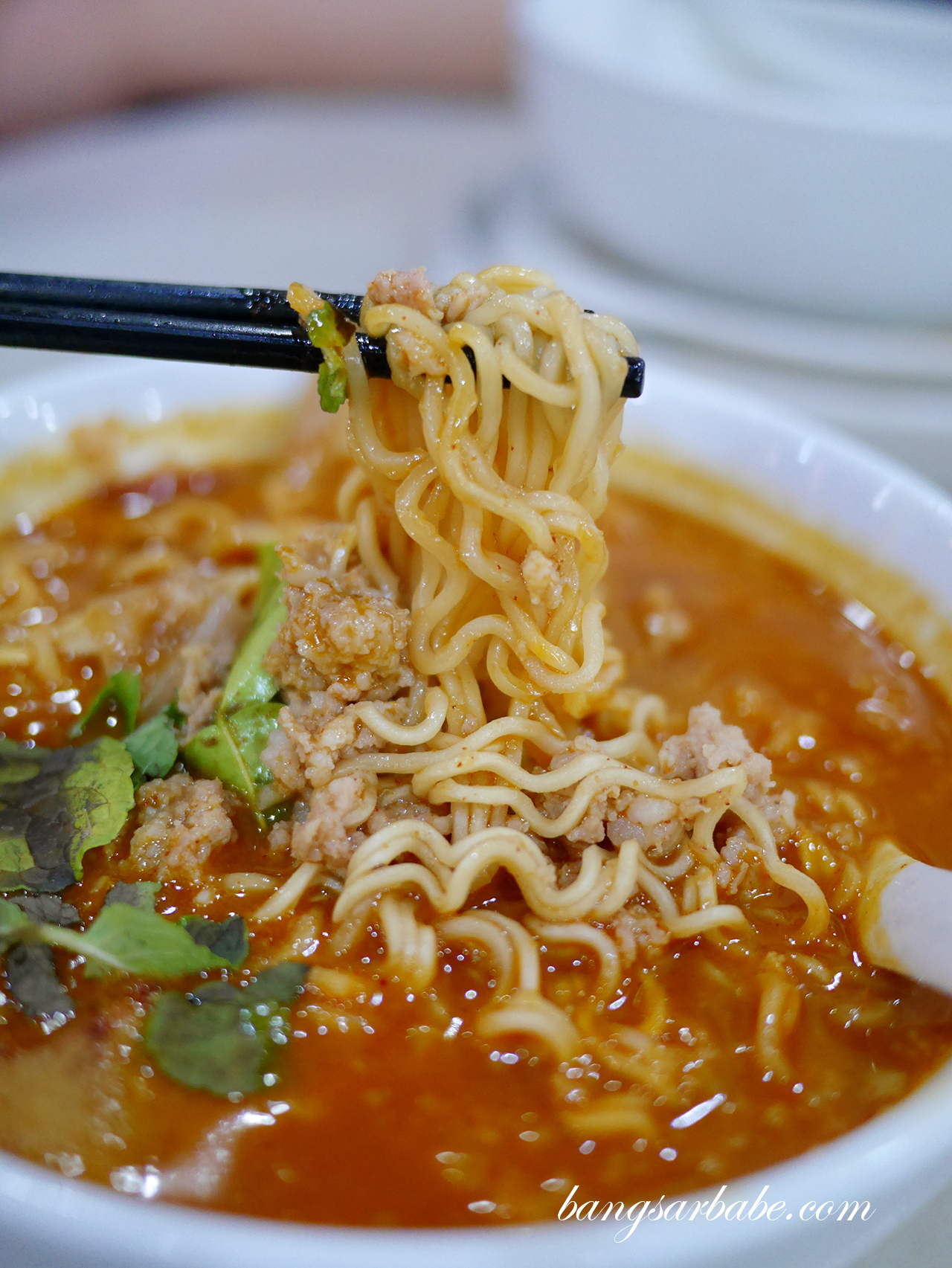 From the second menu, we tried tomyam noodles, fried wantan mee and also Cantonese fried noodles. I rather enjoyed the tomyam noodles; even more than I did the pork noodles. The soup base was thick and spicy with a creamy sweetness from the onions and possibly some MSG magic. I feel this is just as good as the one from Ka Bee at Chew Jetty and it’s a lot more comfortable eating this at night. 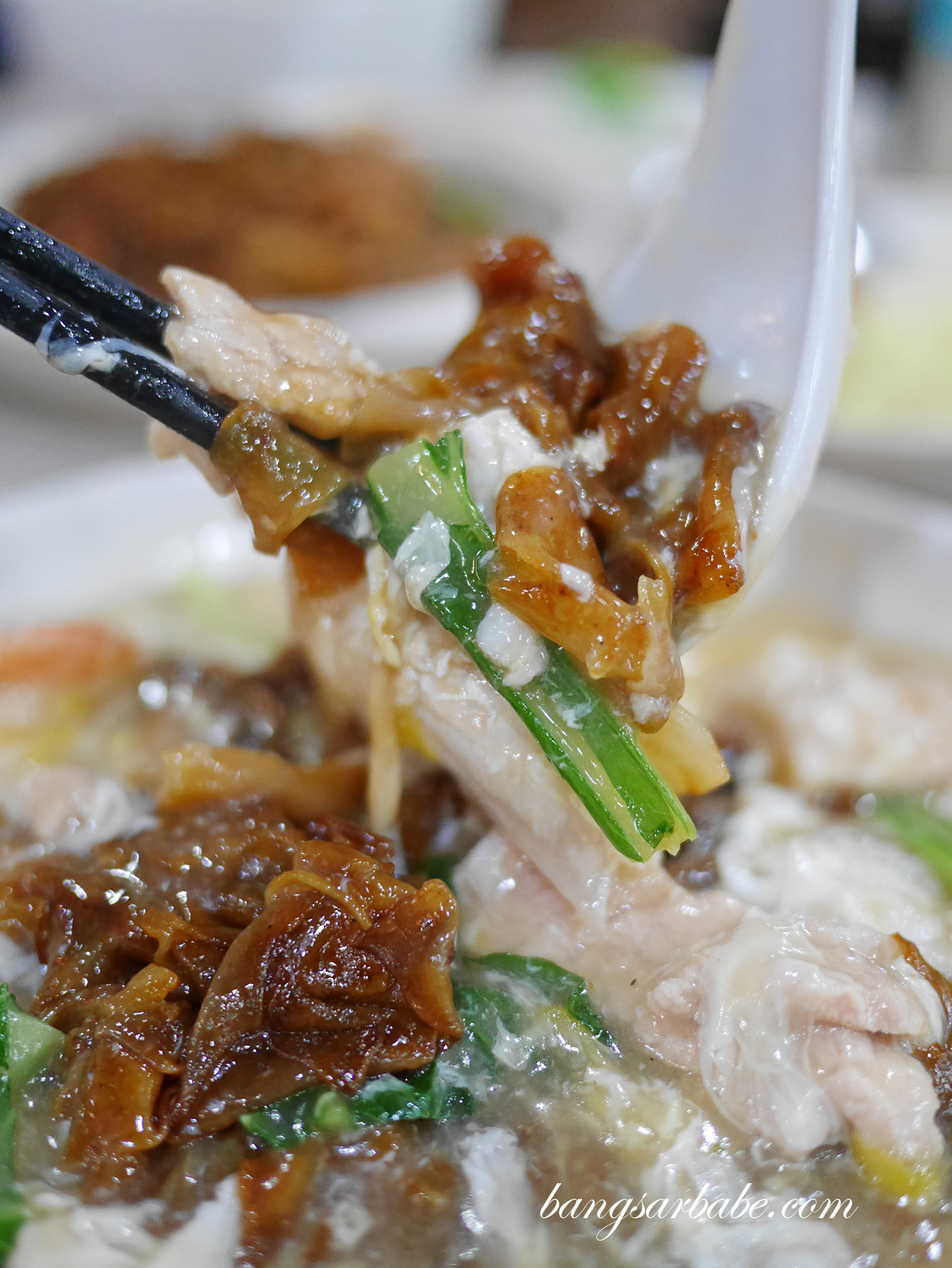 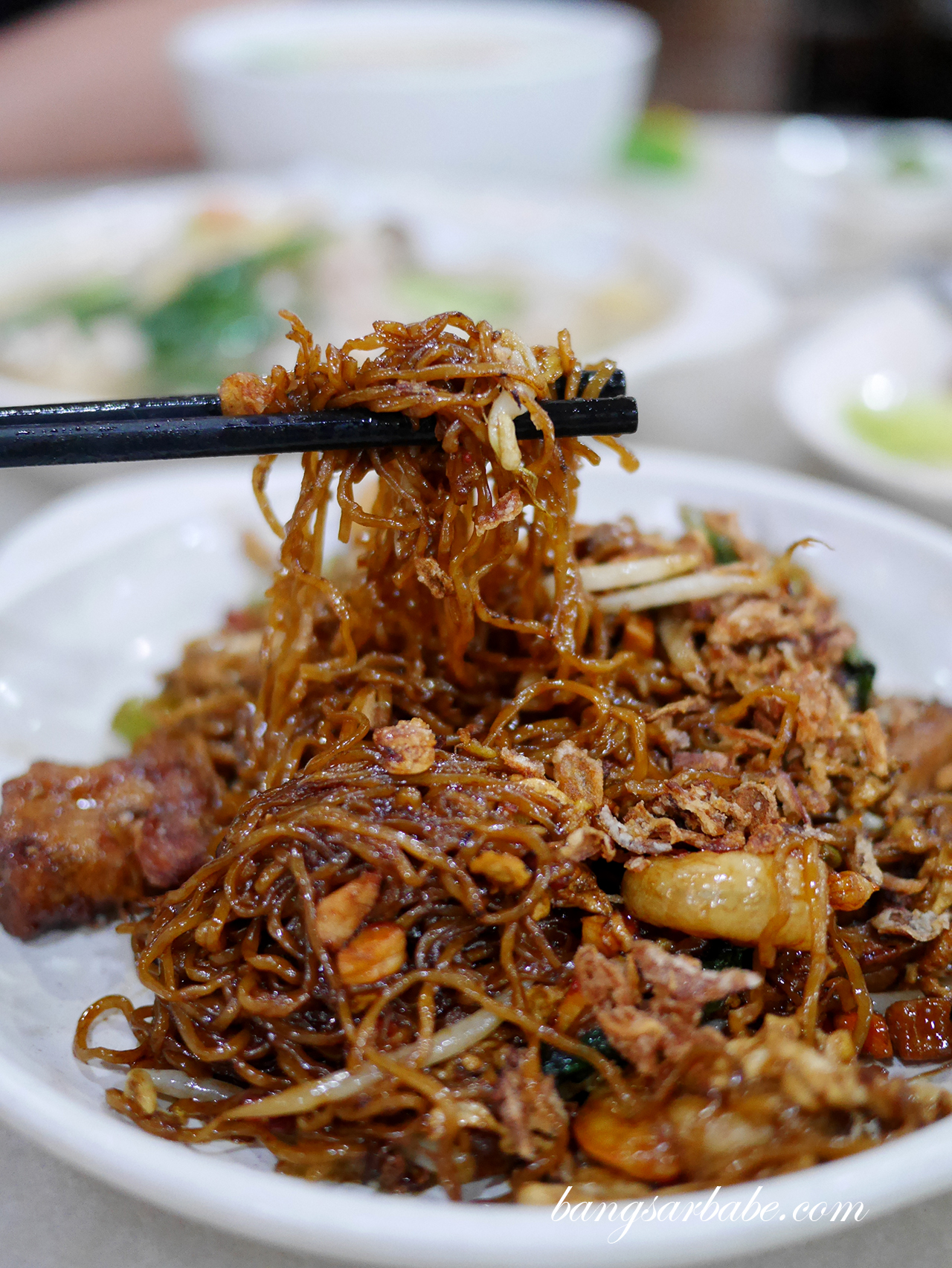 I didn’t care much for the fried wantan mee, though I’m certain pork lovers will like the fact that it’s studded with crispy pork lard for flavour, texture and aroma. Better was the Cantonese fried kuay teow where the gravy is thick enough and well flavoured to complement the char from the kuay teow.

The place it always packed and on weekends and holidays, borderline chaotic. Amidst all the madness, you won’t have to wait more than 30 minutes for your food. The place is properly ventilated with large mist fans to keep it cooling enough, so you won’t be sweating buckets. 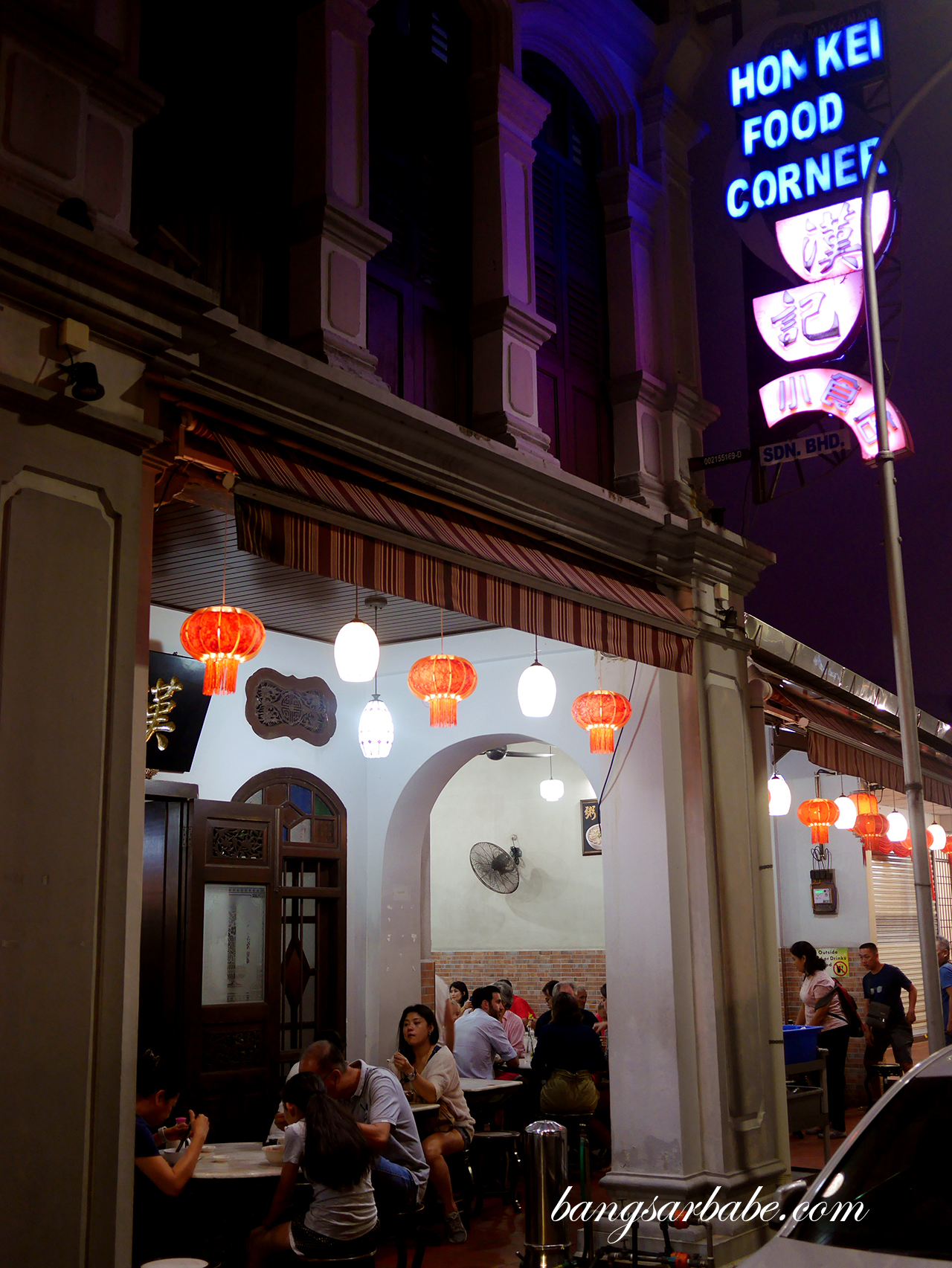