Tokyo is one of my favourite cities to visit – from the abundance of good food, shopping options and local attractions. If you ask me about my must-eats in Tokyo, I’d definitely say monjayaki! Monjayaki is known as another version of okonomiyaki, but with different fillings. 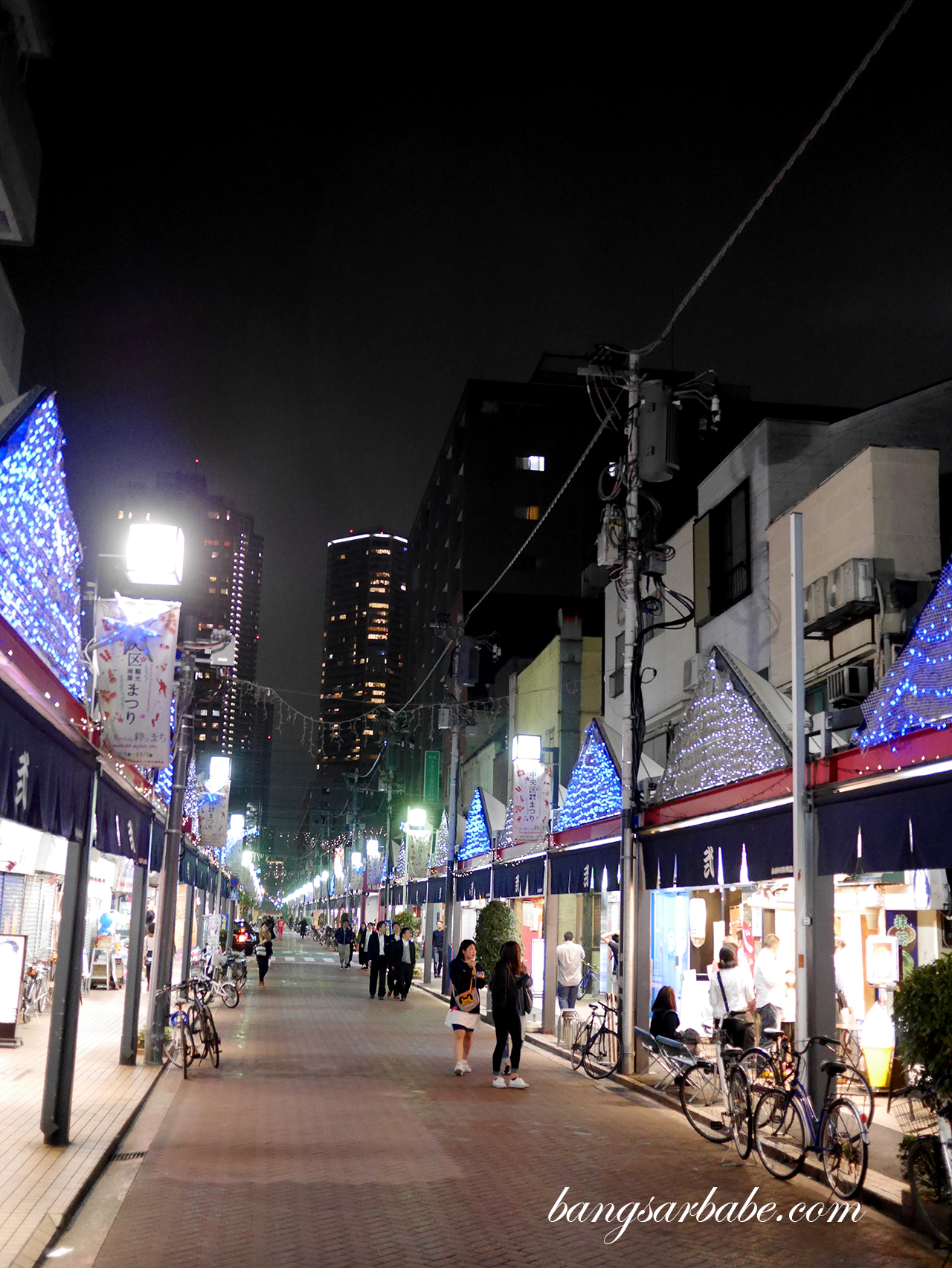 “Monja Street” in Tsukishima is where you ought to visit for your monjayaki fix. It is there that you’ll find hundreds of monja restaurant and shops, each offering their own version of monjayaki. Jien and I opted for Maguroya Monjayaki as the review listed this place as one of the top 4 monjayaki spots to check out in the city. 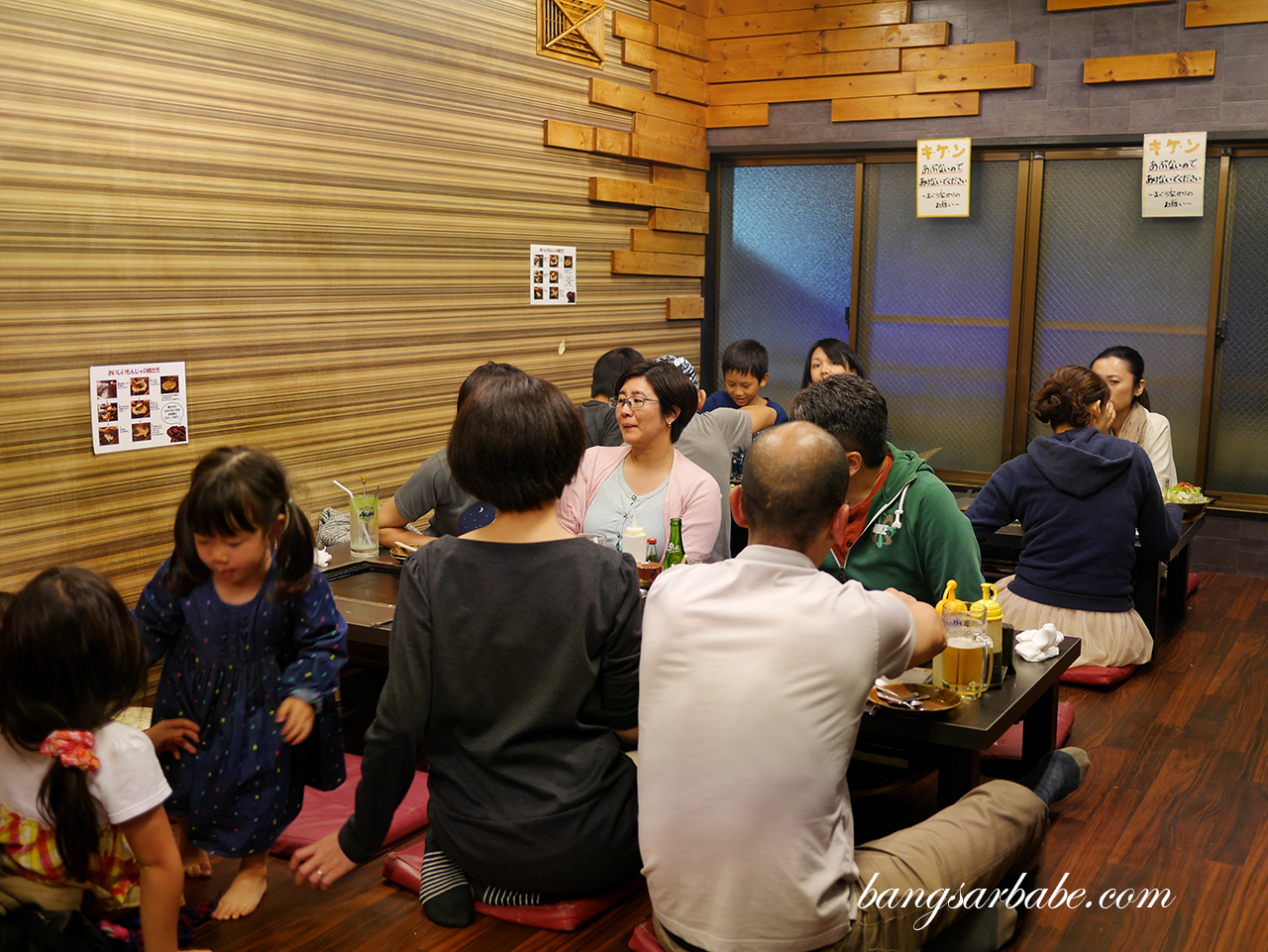 Marugoya Monjayaki is a small place which packs up pretty quickly during peak hours. As seating is limited, expect to wait a little for a table to be vacant. Also, ventilation isn’t the best so you will end up smelling like monjayaki after the meal. 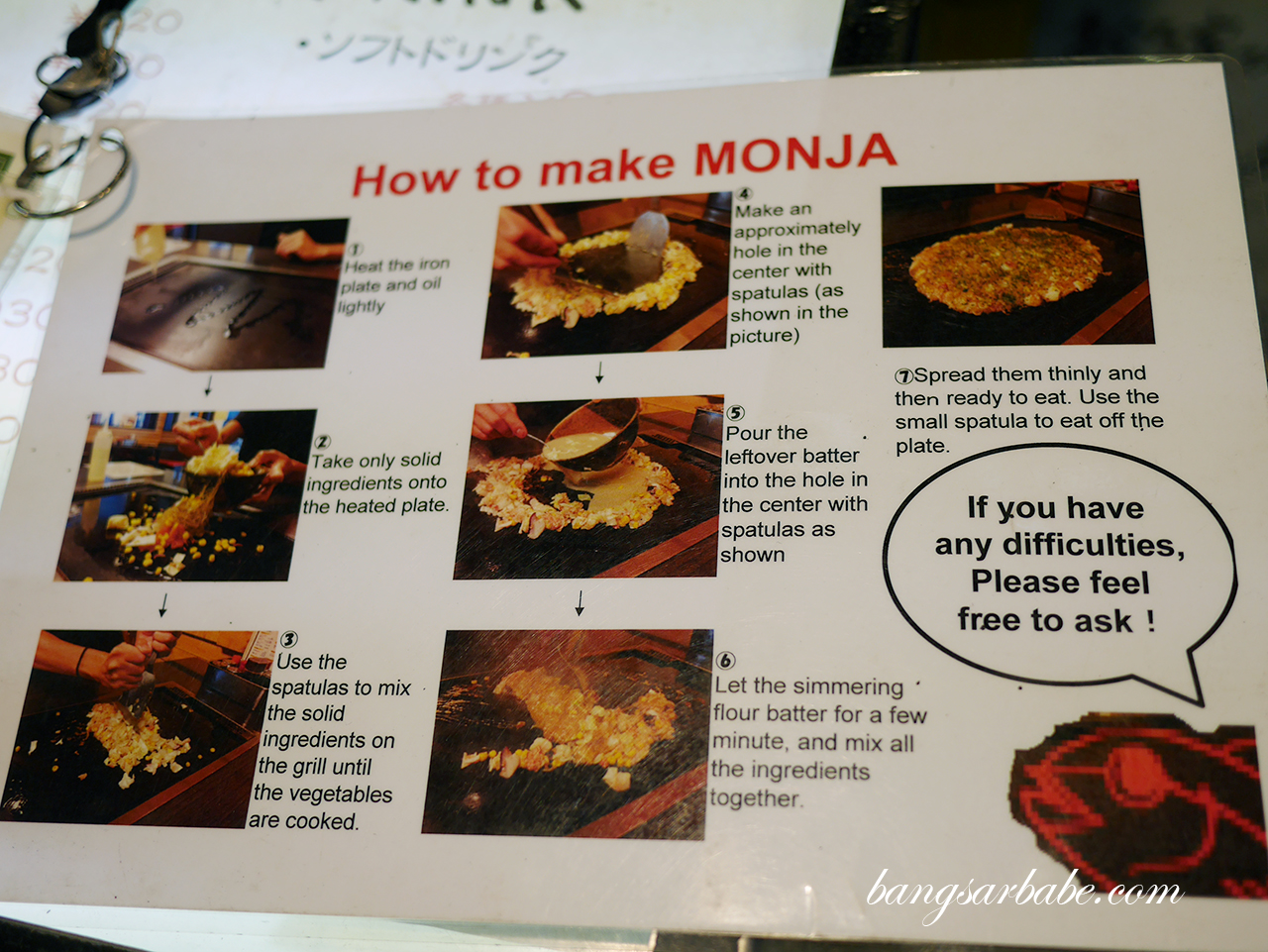 Pork, cod roe and tuna monjayaki are their best sellers – we meant to only have one to share but the pork monjayaki was so good, we ordered another two (cod roe and seafood)! The idea of monjayaki is to cook the batter and fillings over a hot plate (teppan), mixing them up using a tiny spatula (moji-bera) and flattening it out until the sides are crisp and the centre, well-cooked. 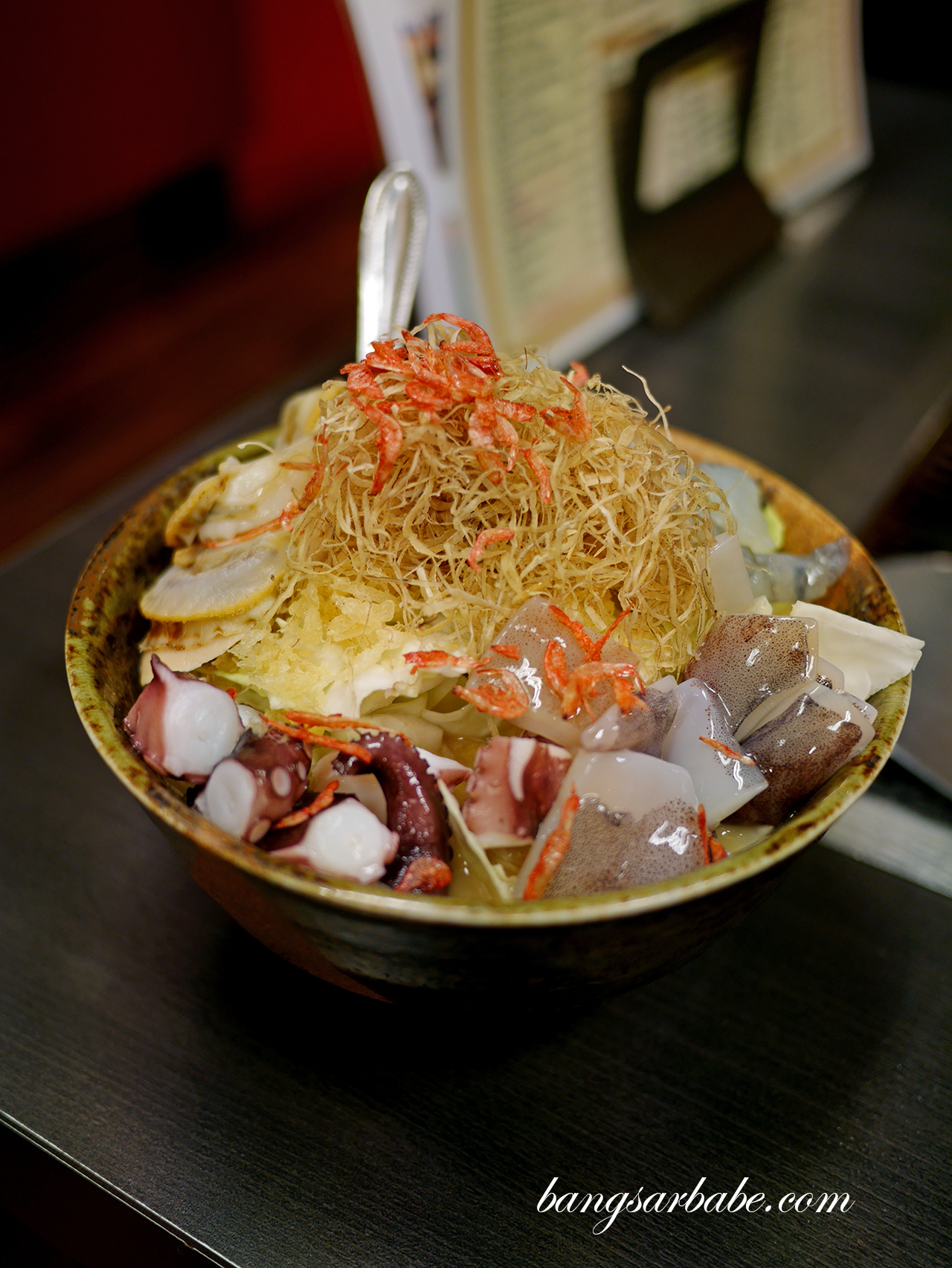 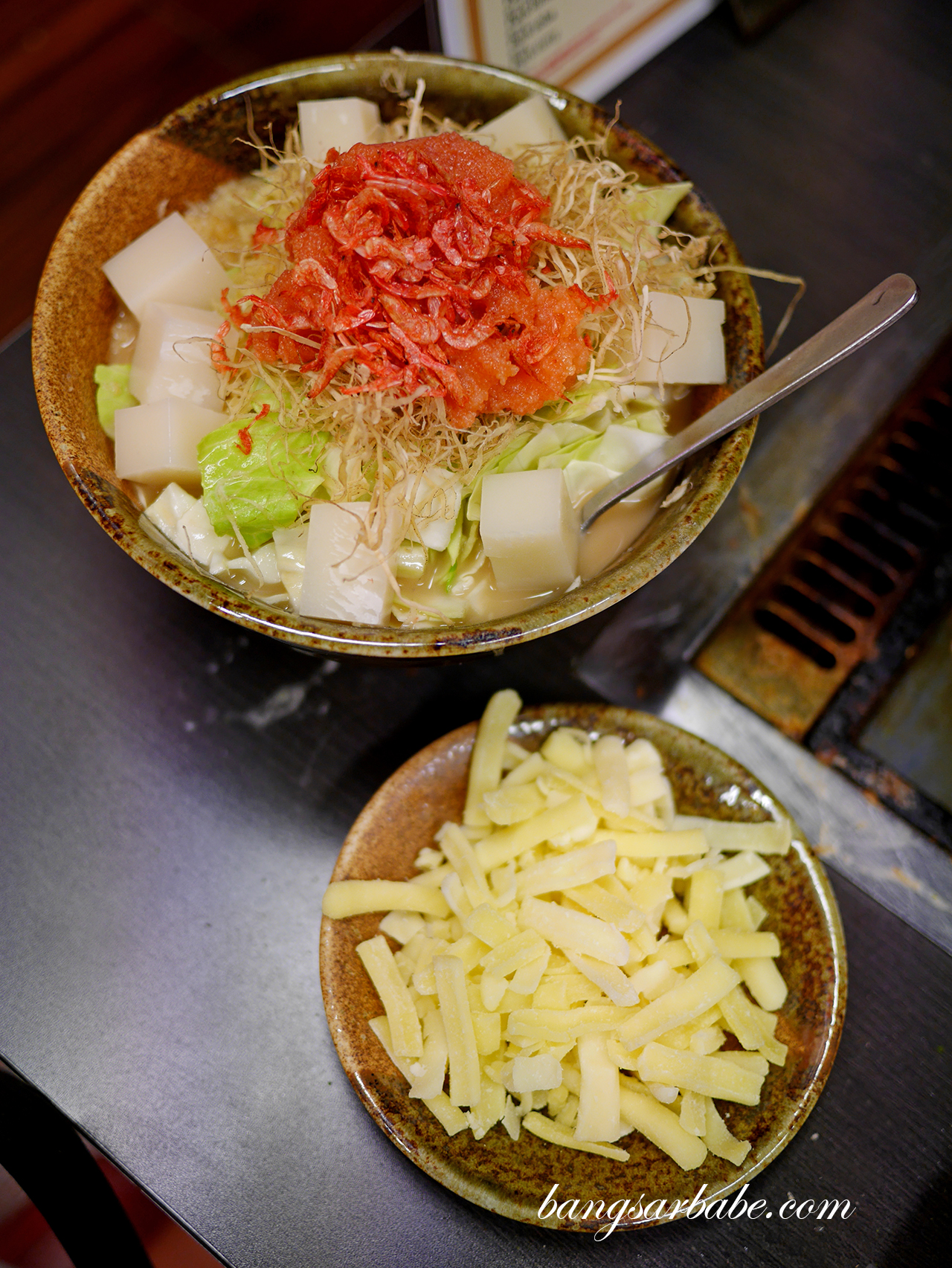 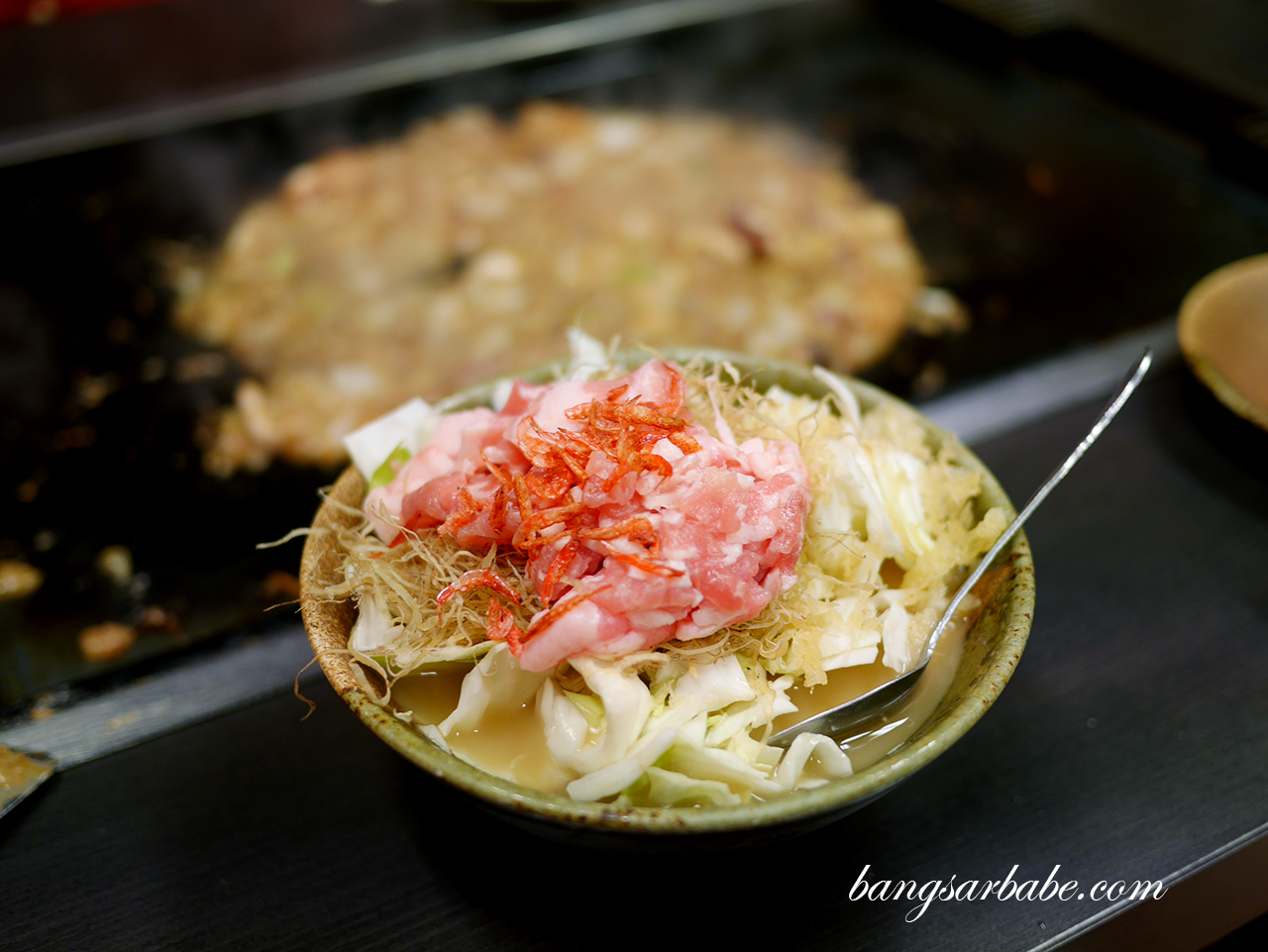 It is a DIY process which takes some getting used to and the staff are happy to assist if you have any difficulties. All three monjayaki we had were good in their own way but if I had to pick just one, it would definitely be the cod roe monjayaki. It is flavour packed with an added creaminess from the roe. It’s hard to stop at just one. 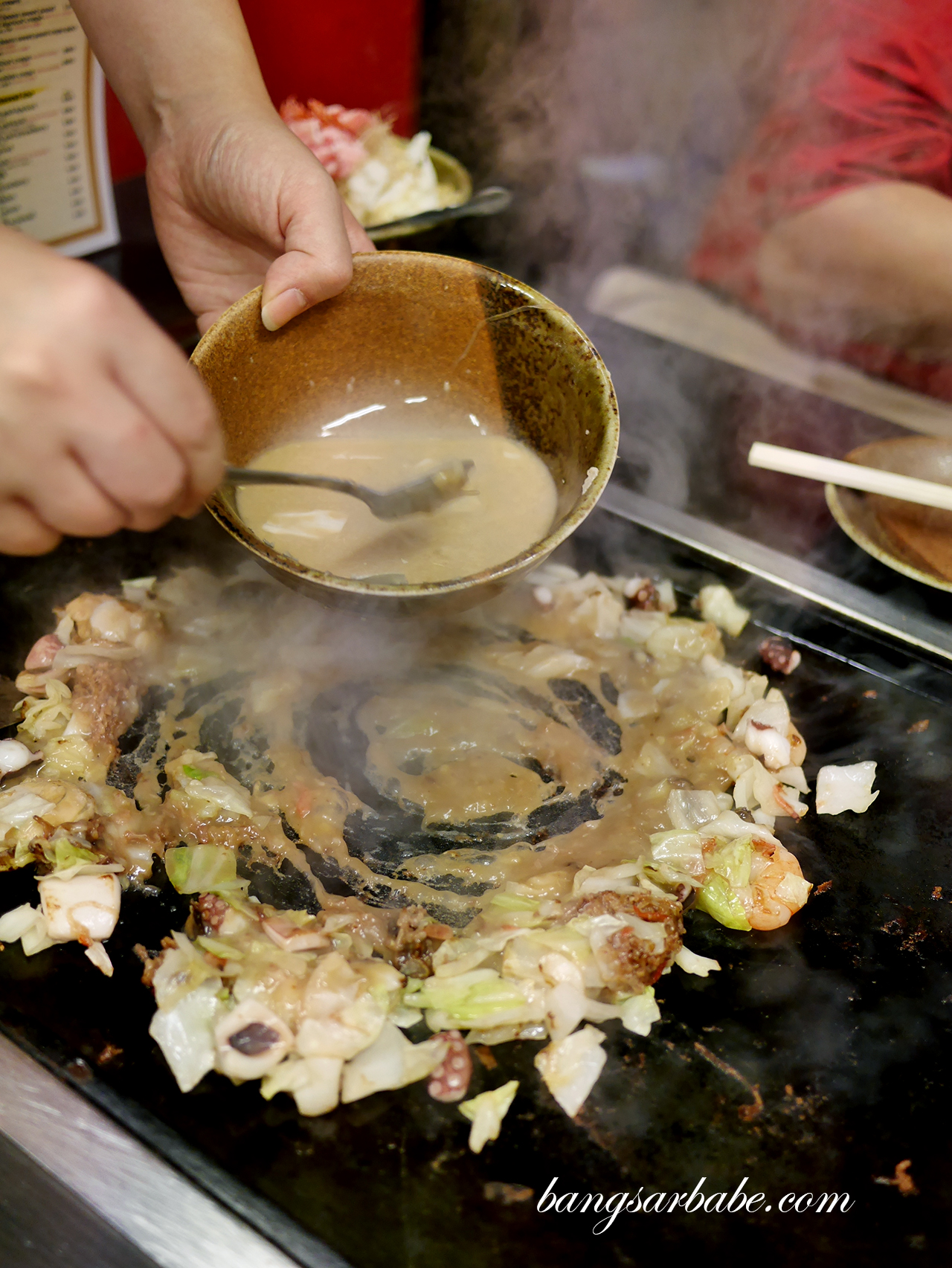 Pour the leftover batter in the centre… 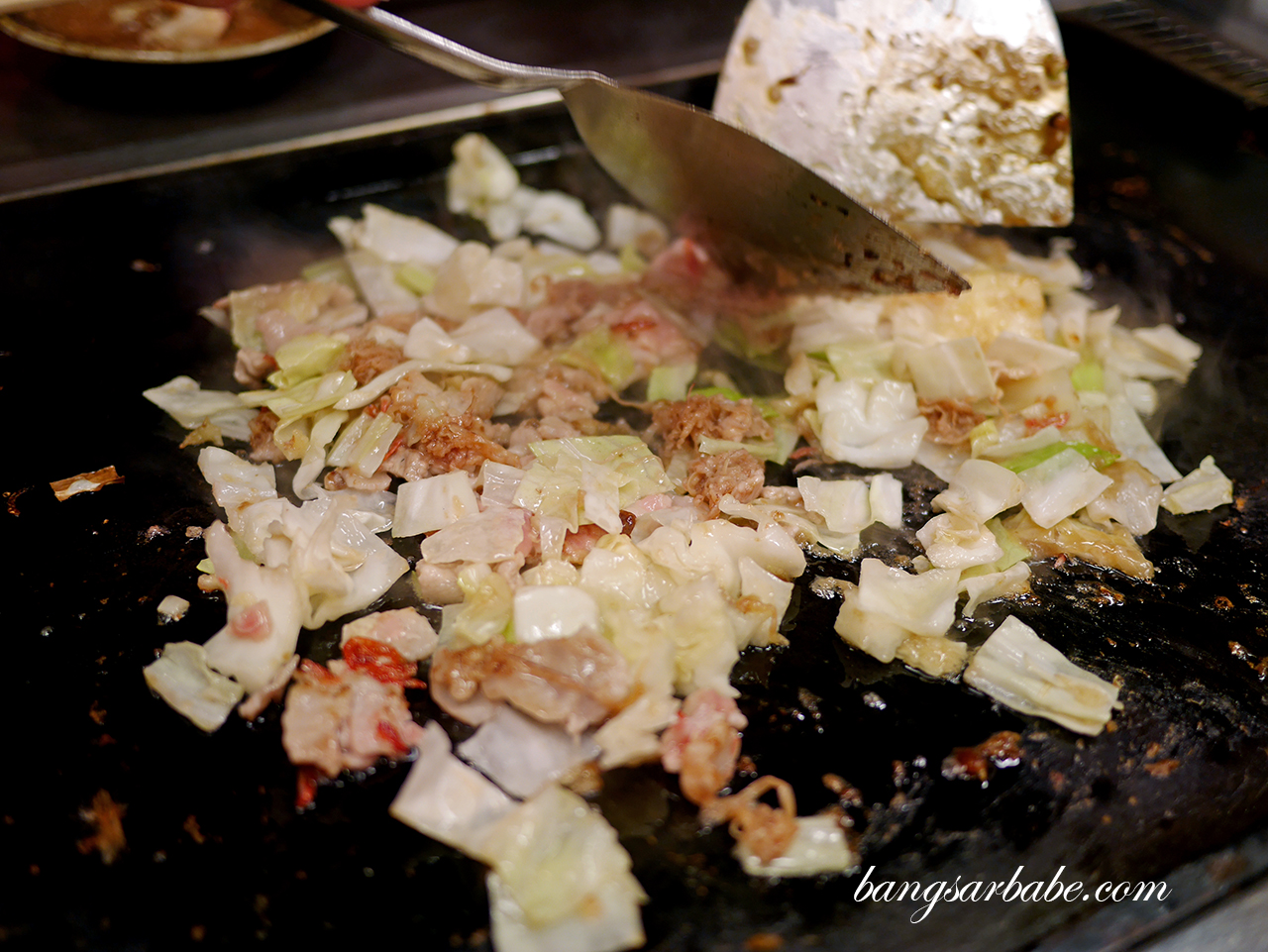 I also really enjoyed the pork monjayaki – the simplest of form but really tasty especially when you get the batter super crisp. Service is efficient and helpful, but the staff can’t really converse in English so you will have to rely on hand signals and also Google translate to communicate. 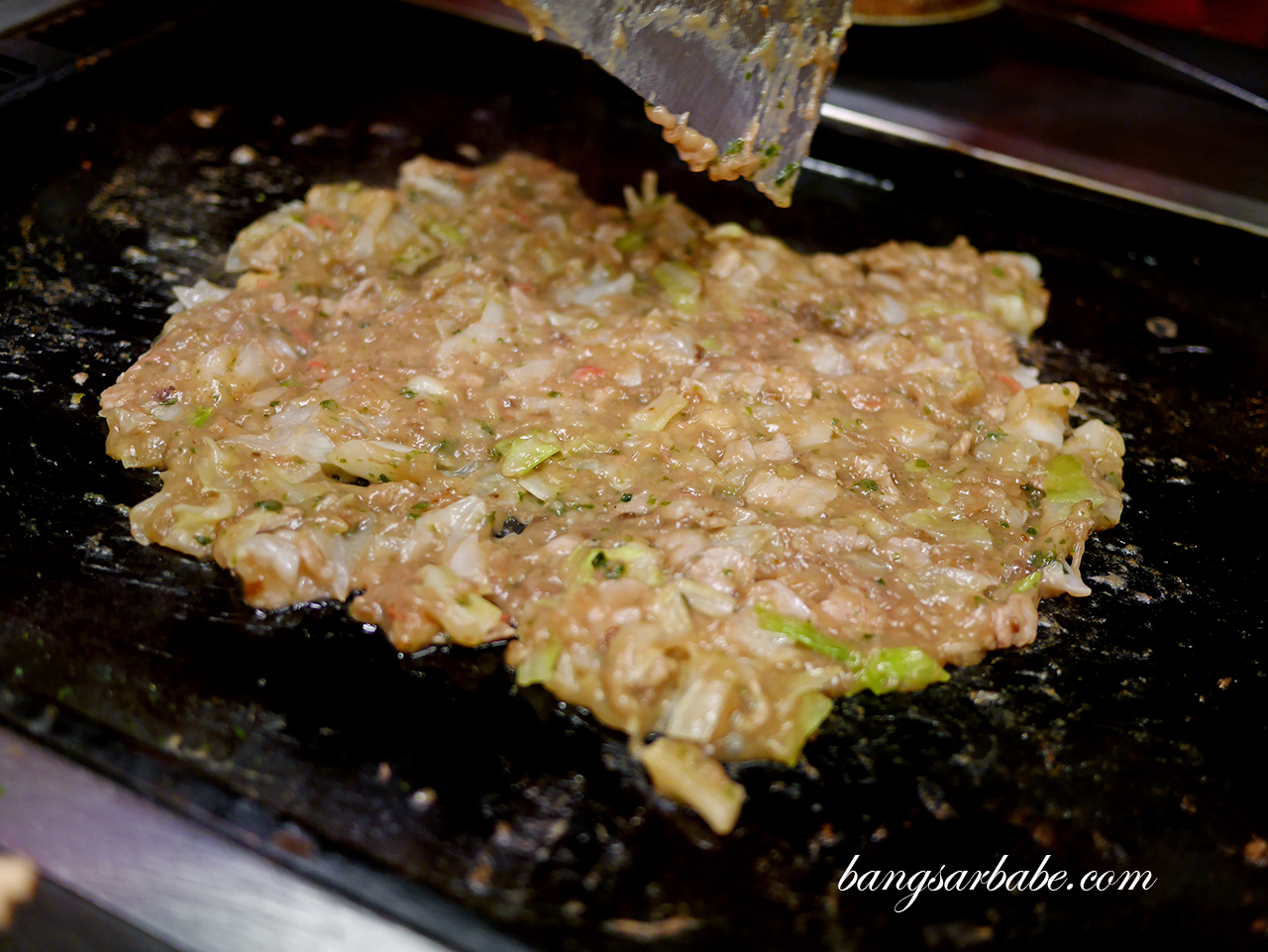 Spread them as thinly as possible 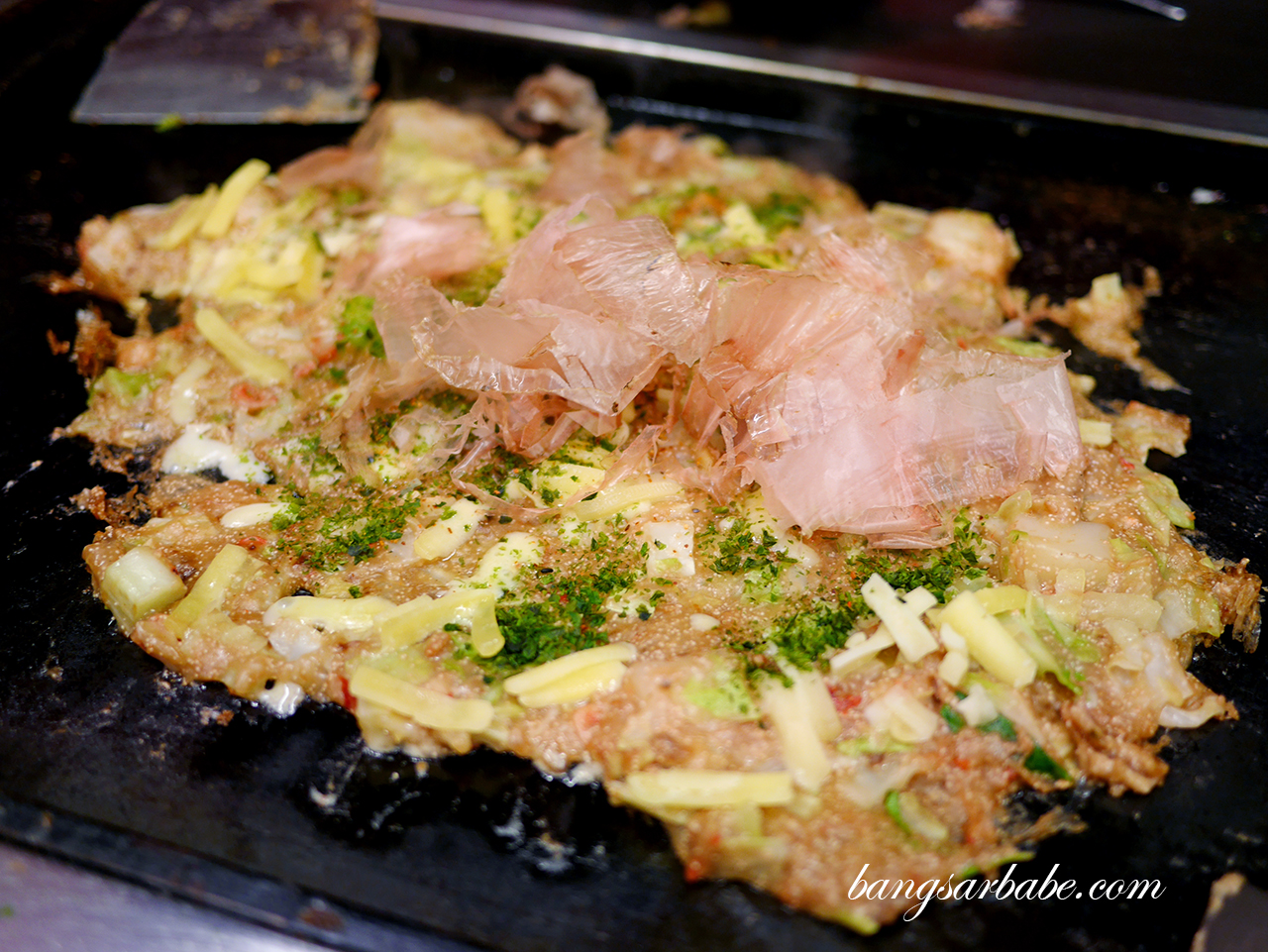 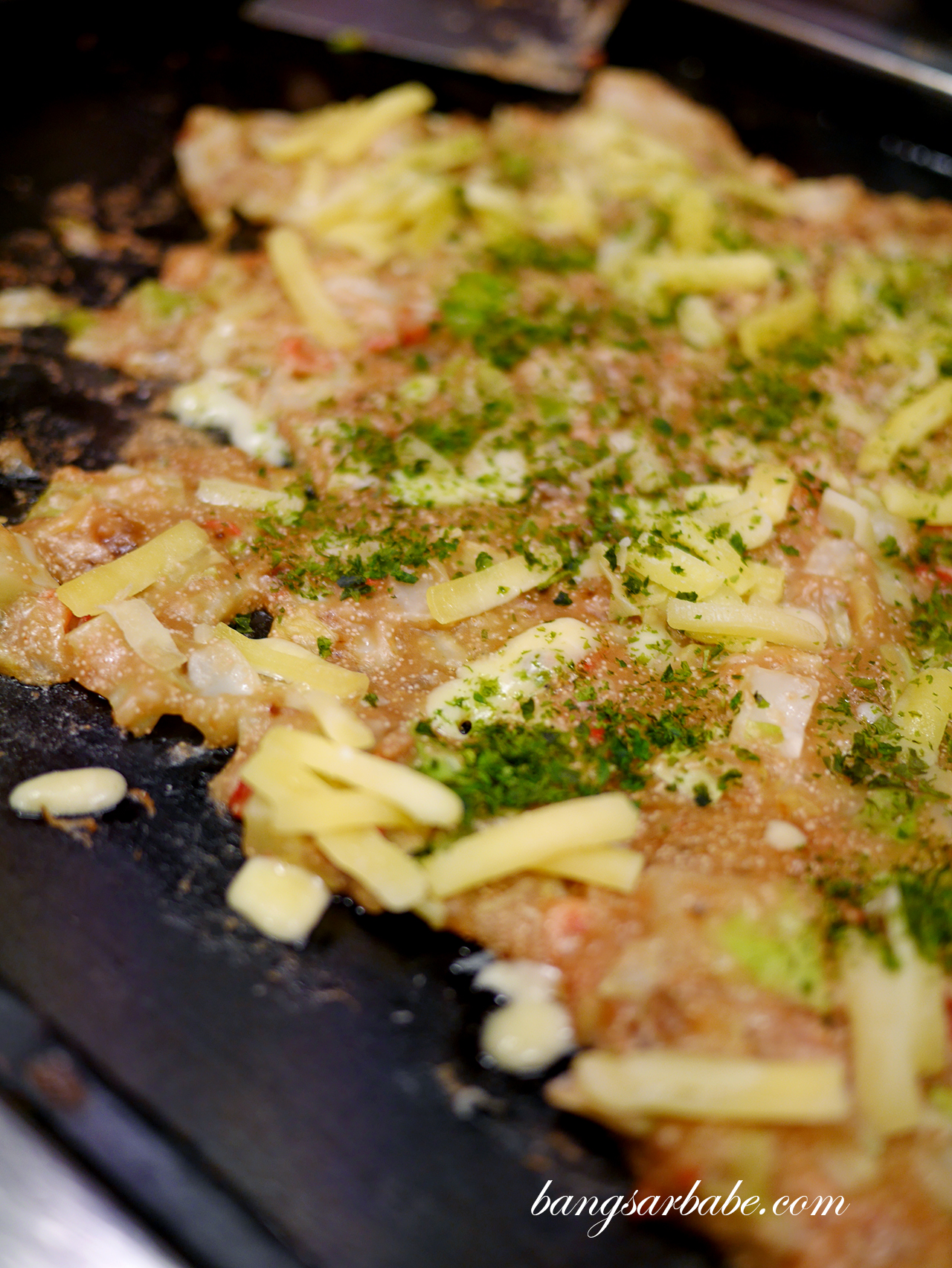 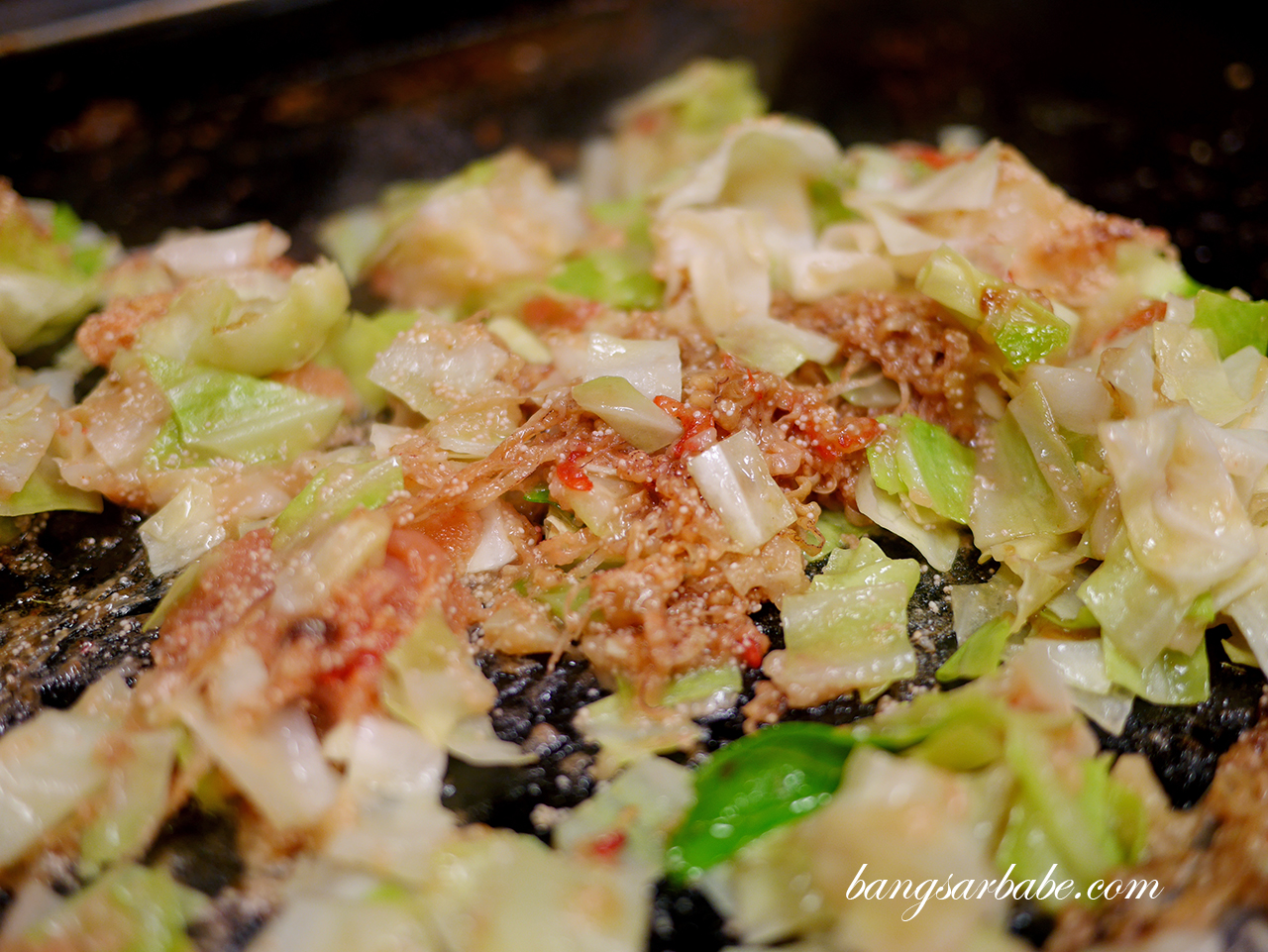 A monjayaki starts from 700 yen up to 1,800 yen, depending on what you order. If I’m not mistaken, the cod roe version is about 1,200 yen. Definitely a place worth checking out when you’re in Tokyo. I reckon there are plenty of good monjayaki options along Monja Street so happy hunting! 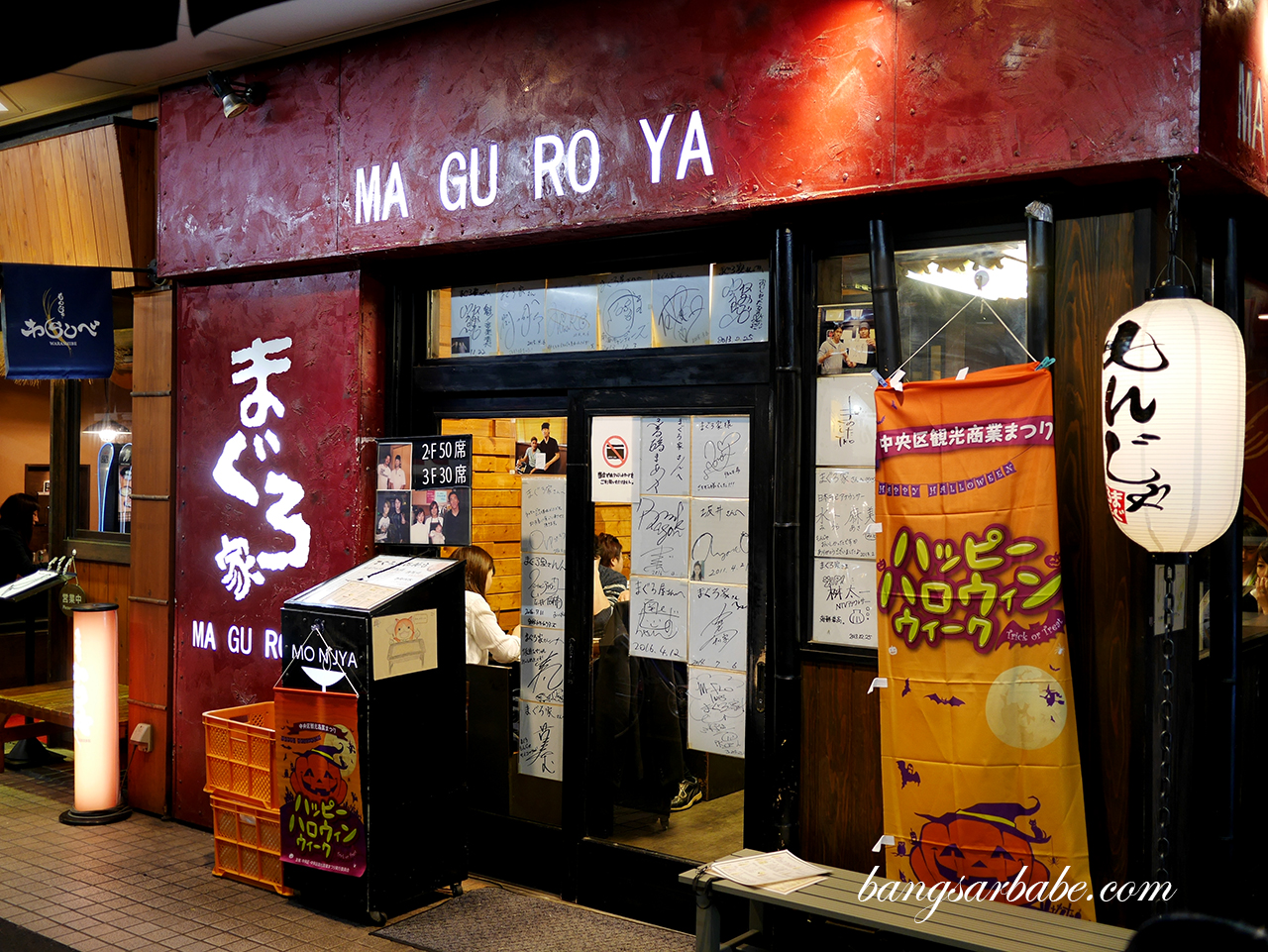