I’ve heard mixed reviews about CWZJ Cuisine – an unassuming restaurant along a row of shoplots in Kuchai Lama. A friend told me about the food being good but my search on Google yielded more negative than positive reviews for CWZJ Cuisine. 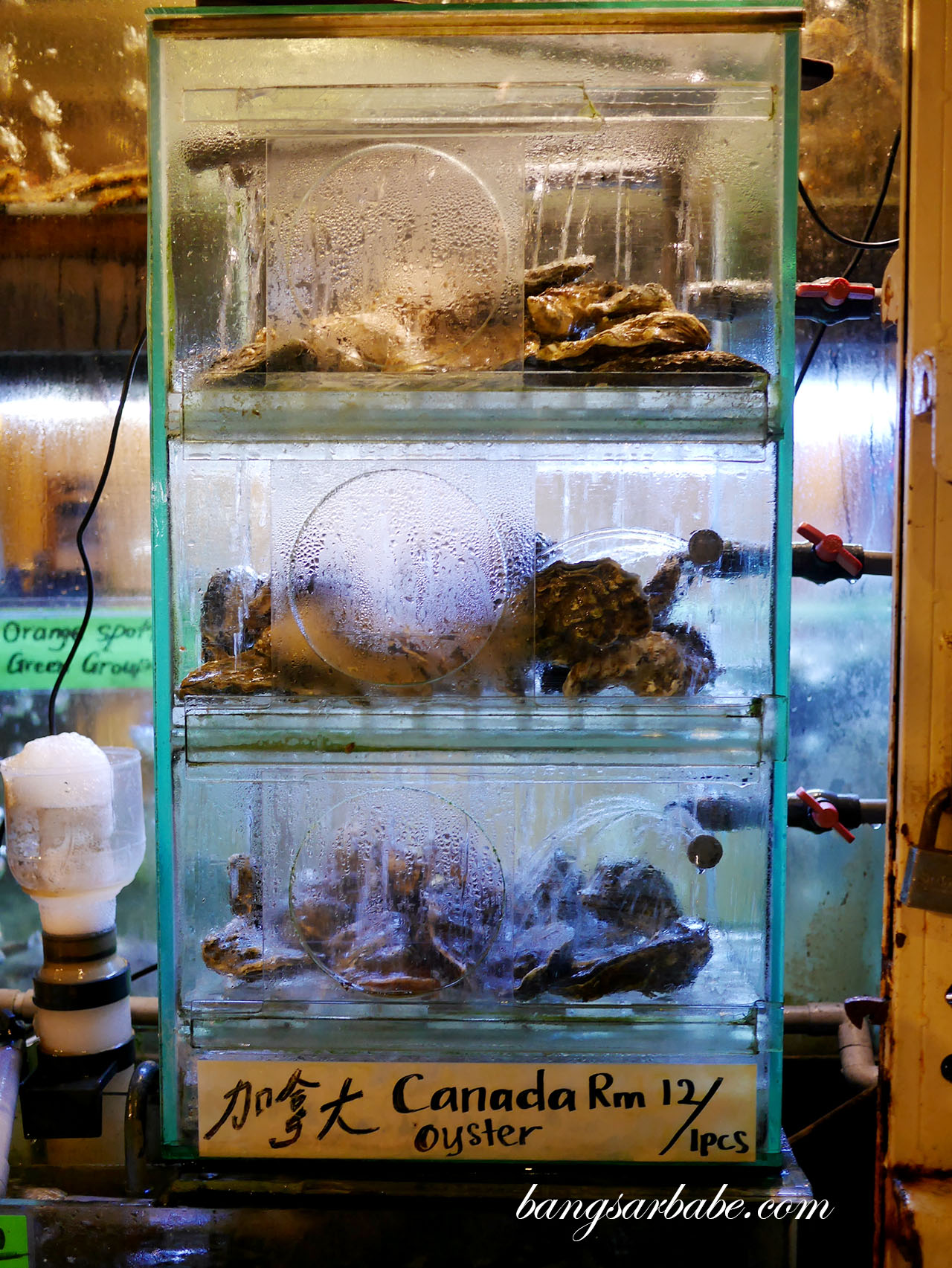 Still, we decided to give it a shot since I wanted good Chinese food and walked in with an open mind. Service was somewhat friendly and the menu was straightforward so ordering wasn’t too difficult either. I was told to order one of their soup as that’s one of the dishes CWZJ Cuisine is known for. 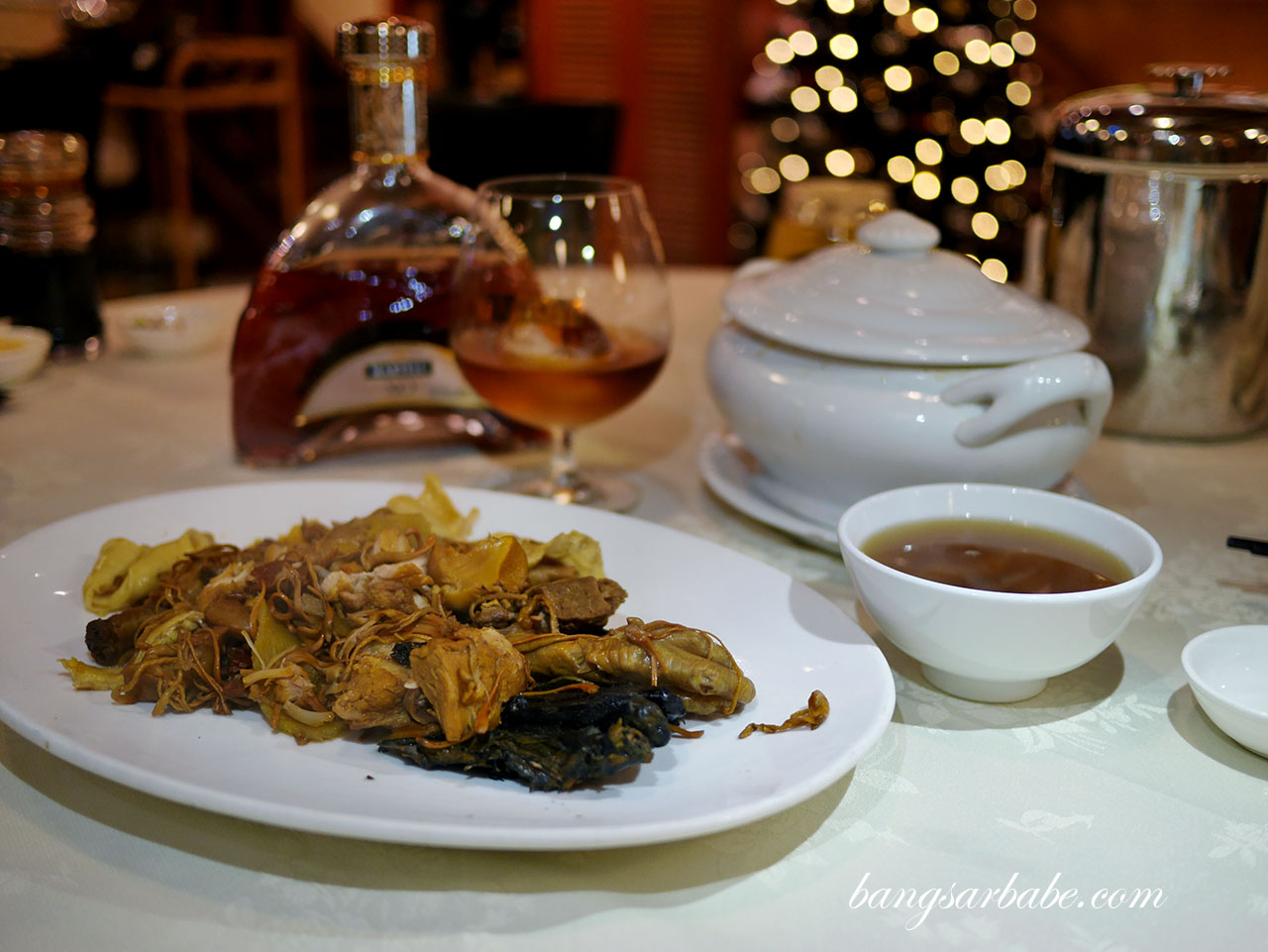 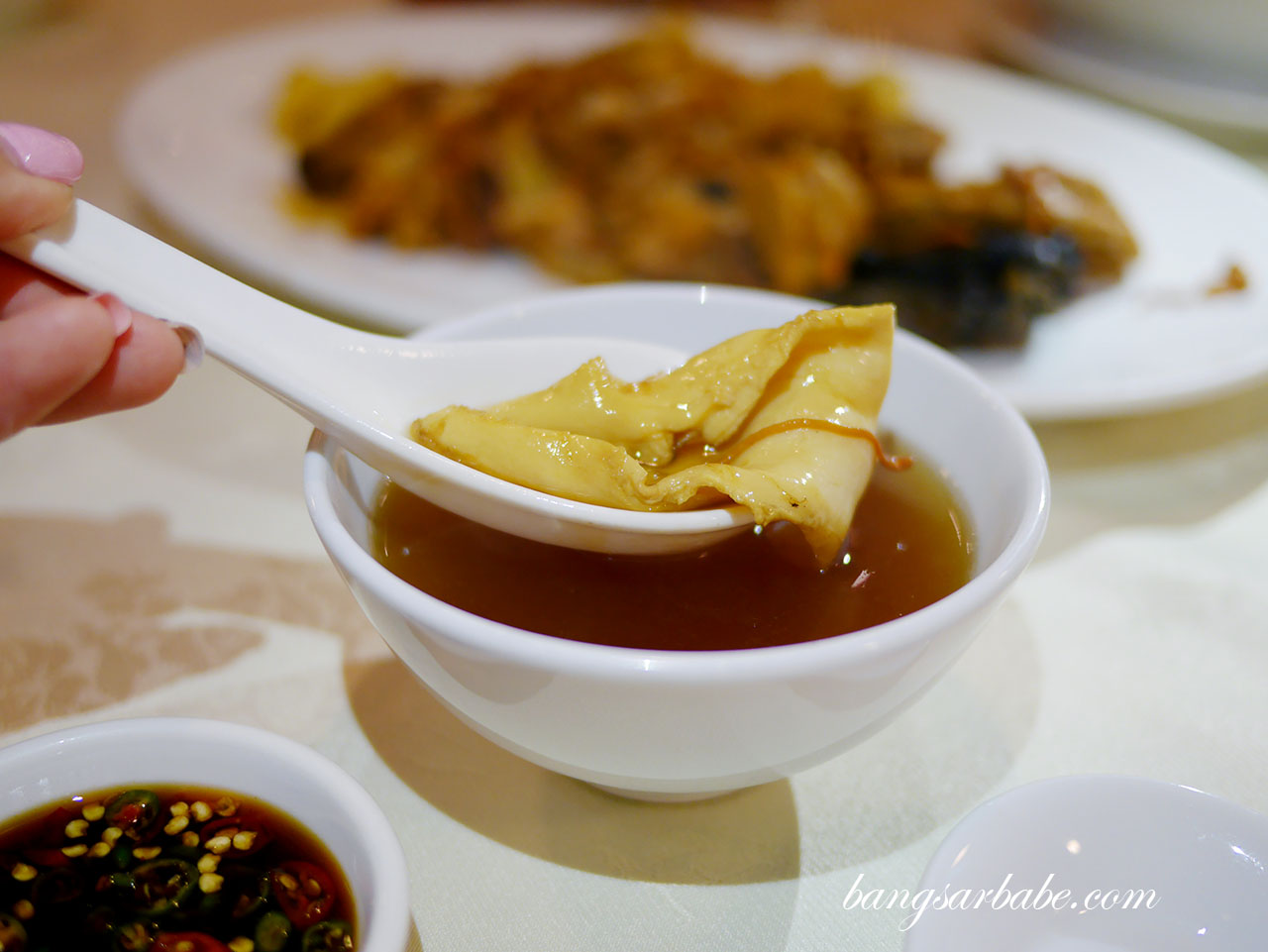 Rich, thick and packed with flavour

A pot of soup can go up to RM300 depending on the ingredients – I opted for the Double Boiled Cordyceps Flower and Fish Maw with Black-bone Chicken Soup (RM128) and it tasted good. You don’t get much soup from each pot; probably enough for 4 small bowls but the soup is thick and packed with flavour. Even the ingredients are delicious to eat on their own. 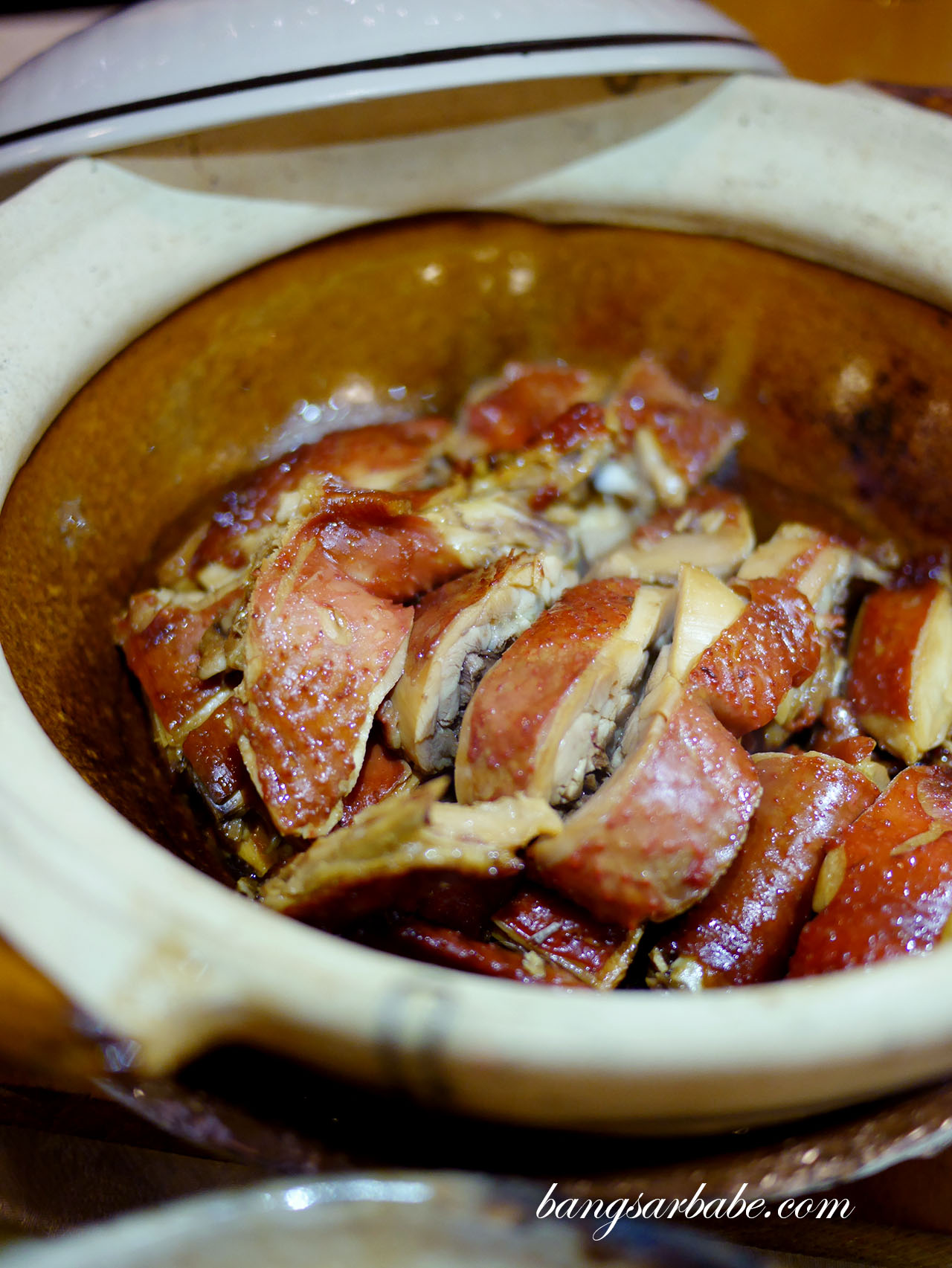 Marinated Chicken with Special Soya Sauce came recommended, but I found it average.

Seafood is apparently a forte of CWZJ, judging by the amount of prawns and fish the table next to ours ordered. I didn’t have enough pax to order fish that night so I opted for the staff’s recommendation of Marinated Chicken with Special Soya Sauce (RM42). This wasn’t really my cup of tea as I felt the chicken wasn’t seasoned enough. You get a saucer of chilli and ginger mix to dip your chicken with – not bad, but nothing exemplary. 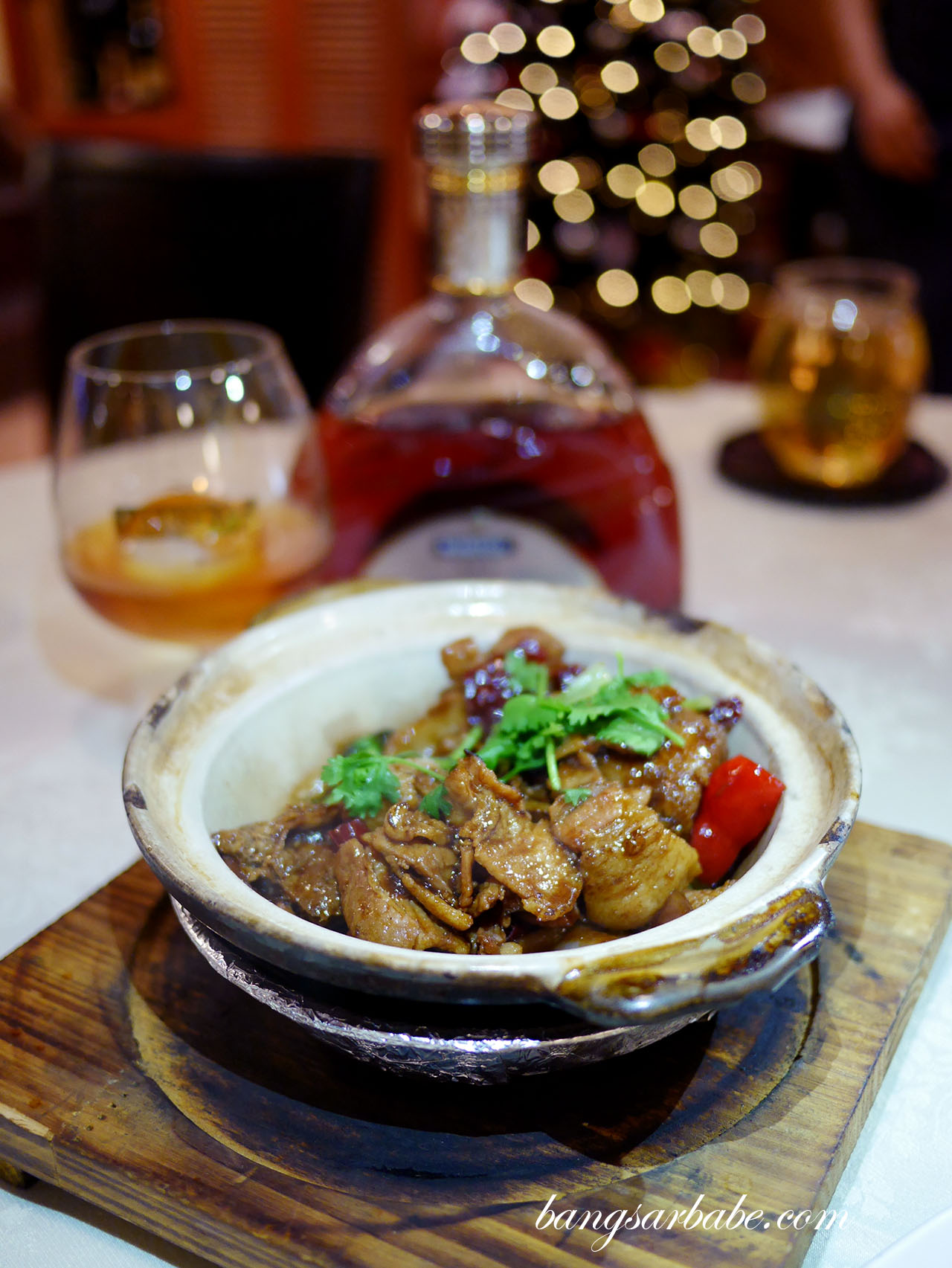 I really enjoyed the braised pork belly with salted fish. Goes well with the XO. 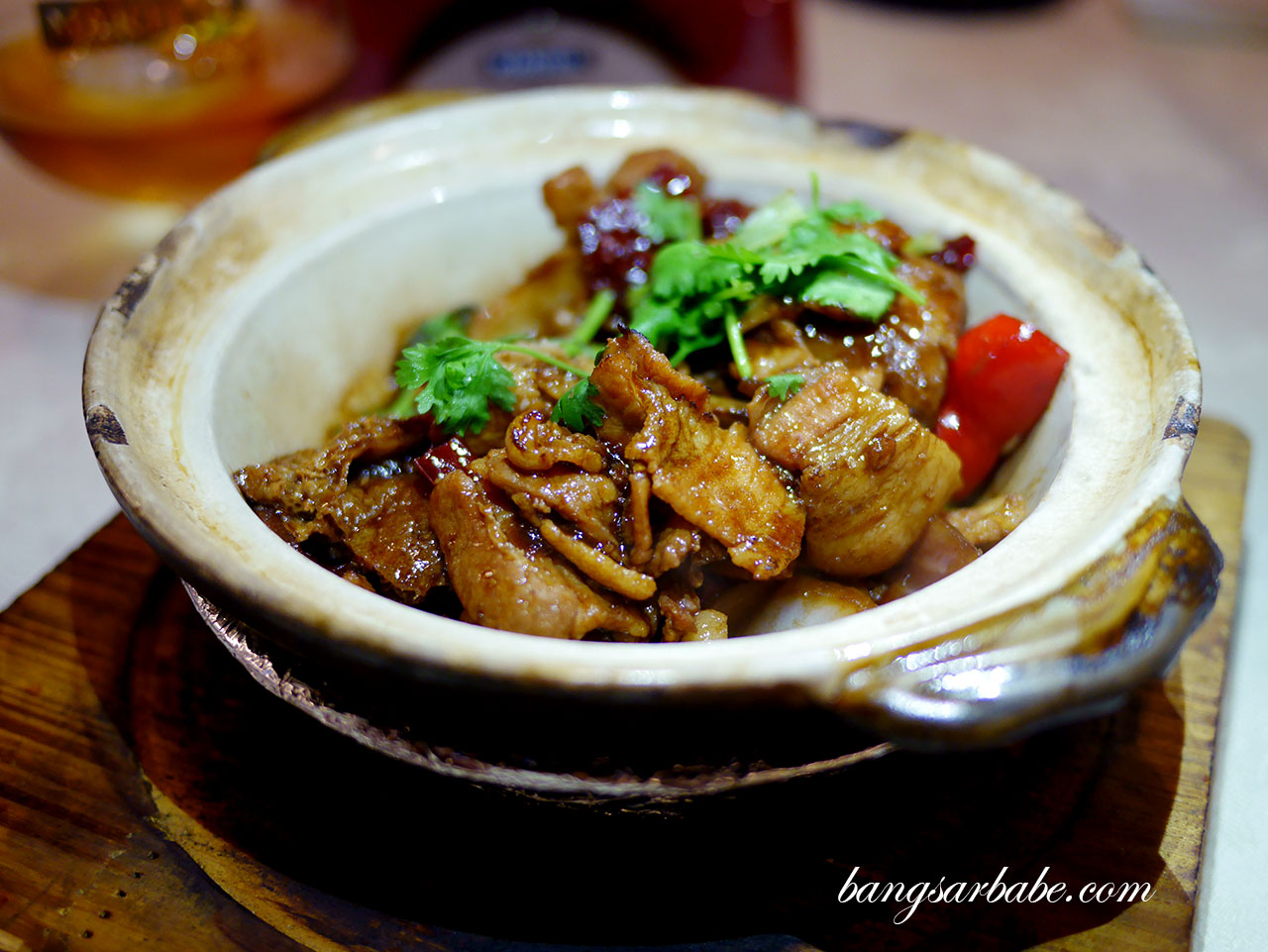 I found the Braised Pork Belly with Salted Fish in Claypot (RM28) quite good; one of the best I’ve eaten so far. You get thick, caramelised slices of pork belly with salty accents from the fish, which is perfect with rice. I’ve never fancied the idea of eating Chinese dishes as they are – rice is a must for me. :) 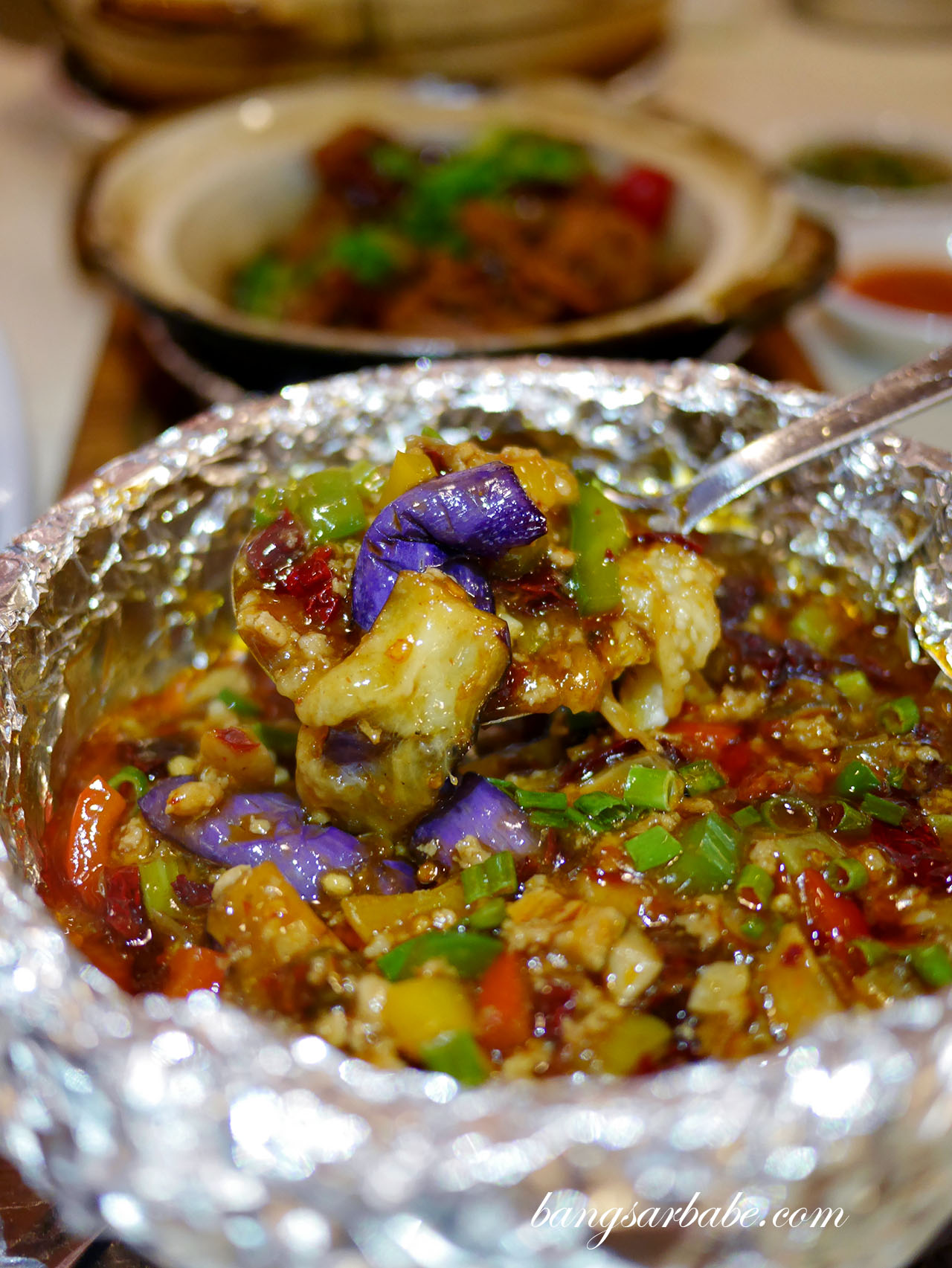 Not for those with butter tongue, this one.

Simmered Egg Plant in Sichuan Rock Pot (RM24) turned out quite interesting and fiery too. It comes with egg plant slices and minced pork in spicy Sichuan gravy so this is definitely not for the butter tongues. I reckon this isn’t going to everyone’s cup of tea but I really enjoyed the tingling sensation it gives to one’s tongue. 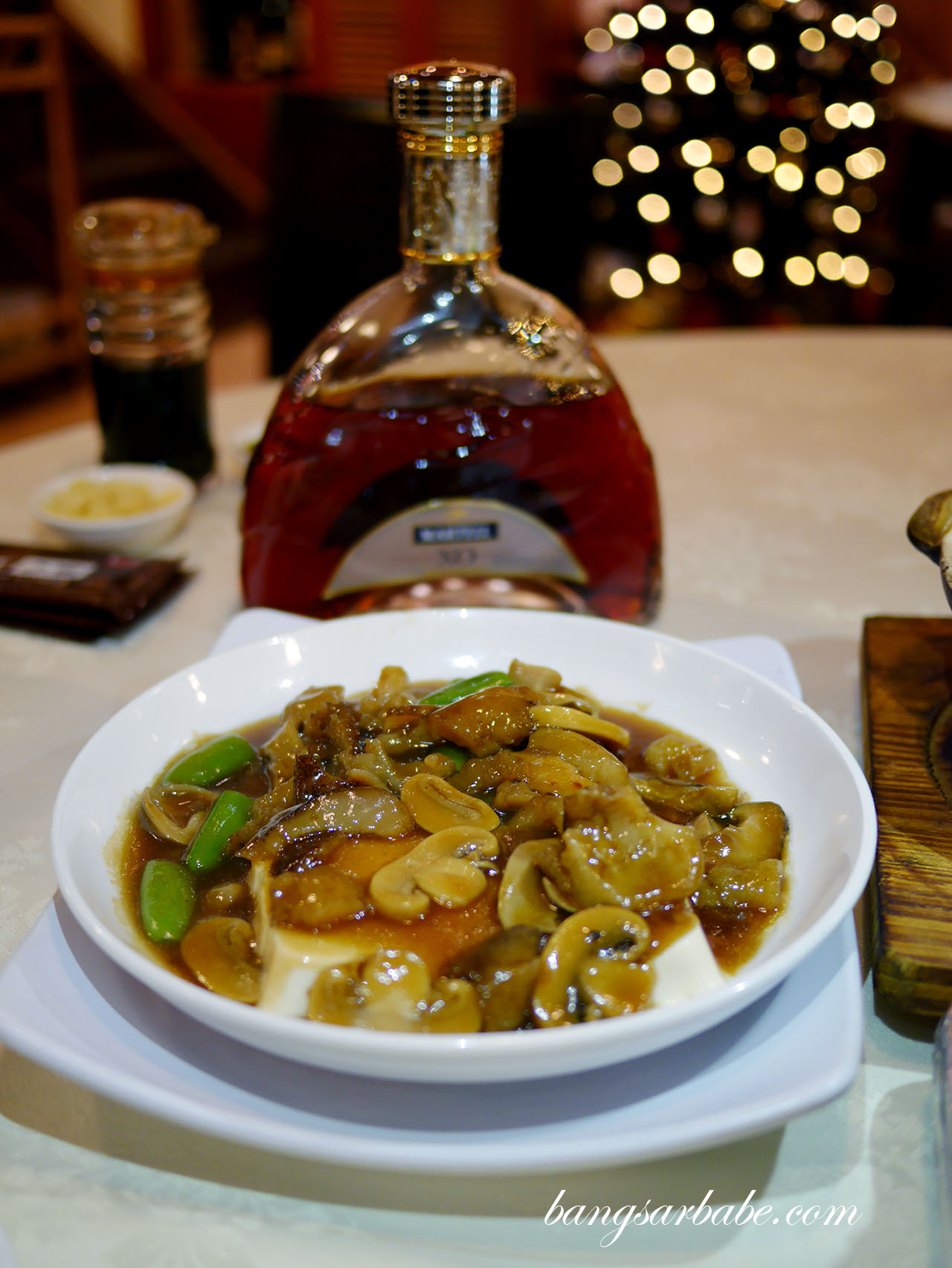 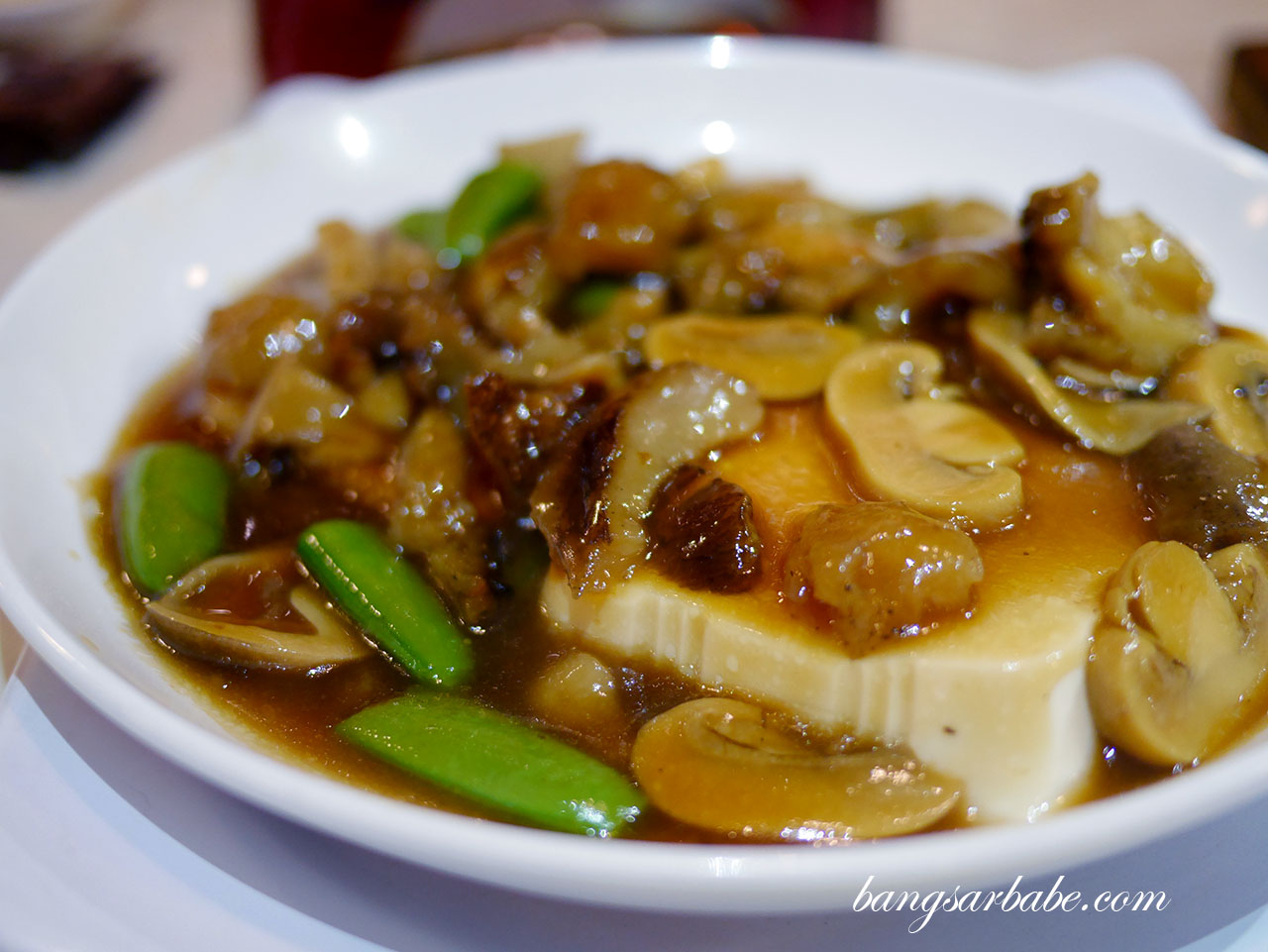 The Braised Beancurd Sea Cucumber & Mushroom with Deluxe Ham Sauce (RM28) looks ordinary, but it comprises two types of beancurd (steamed and fried) for different textures. The sea cucumber pieces were cooked till soft and gelatinous, while the gravy was light yet seasoned well. I thought it paired nicely with the Martell XO I brought with me. 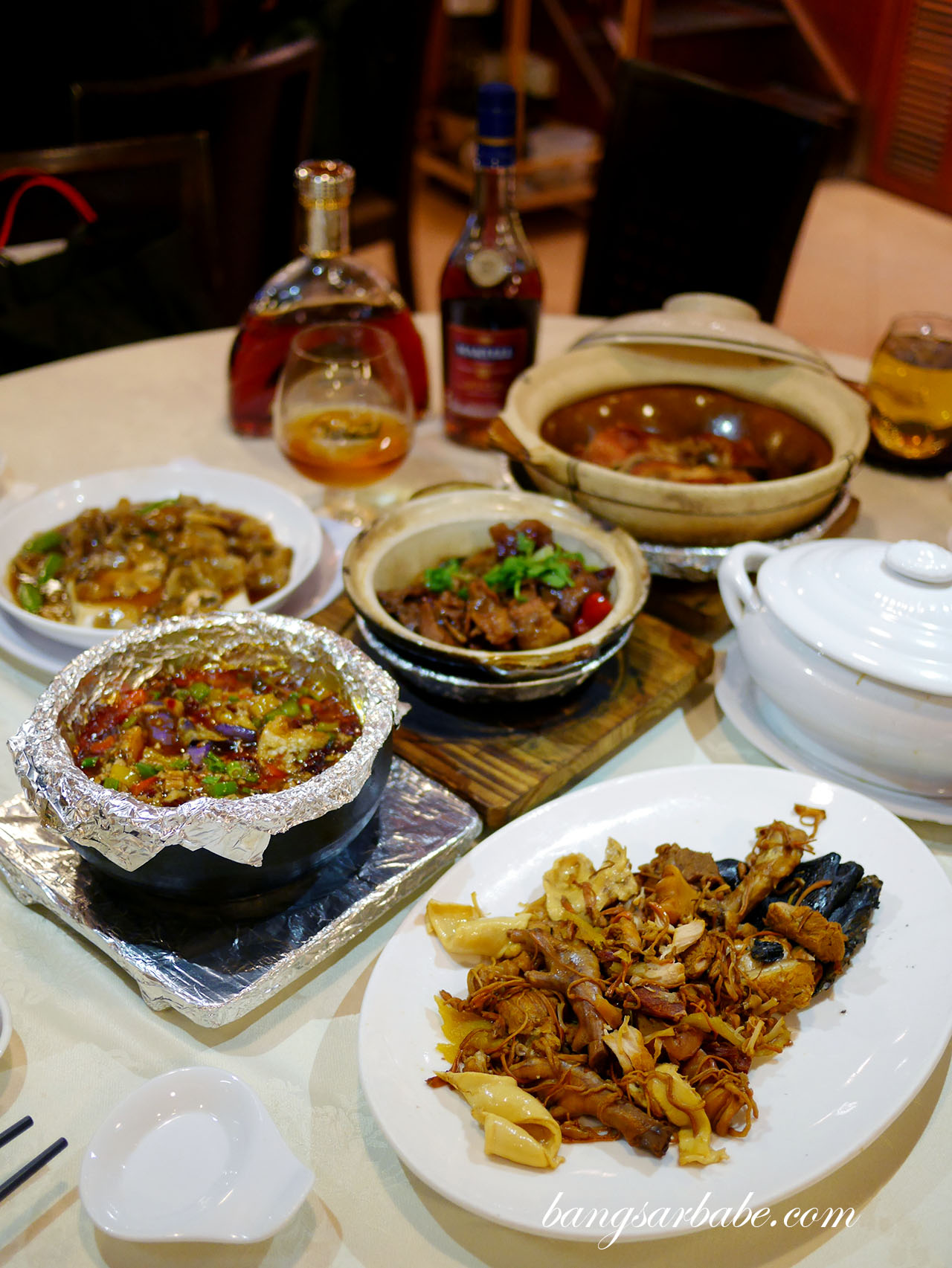 All in, I found the food quite decent but prices are on the high side if you’re planning to indulge in soups and seafood. That said, I would still recommend CWZJ Cuisine to those looking for a nice place to impress guests. Do call ahead to book a table if you’re dining in a large group – private rooms are available upstairs. 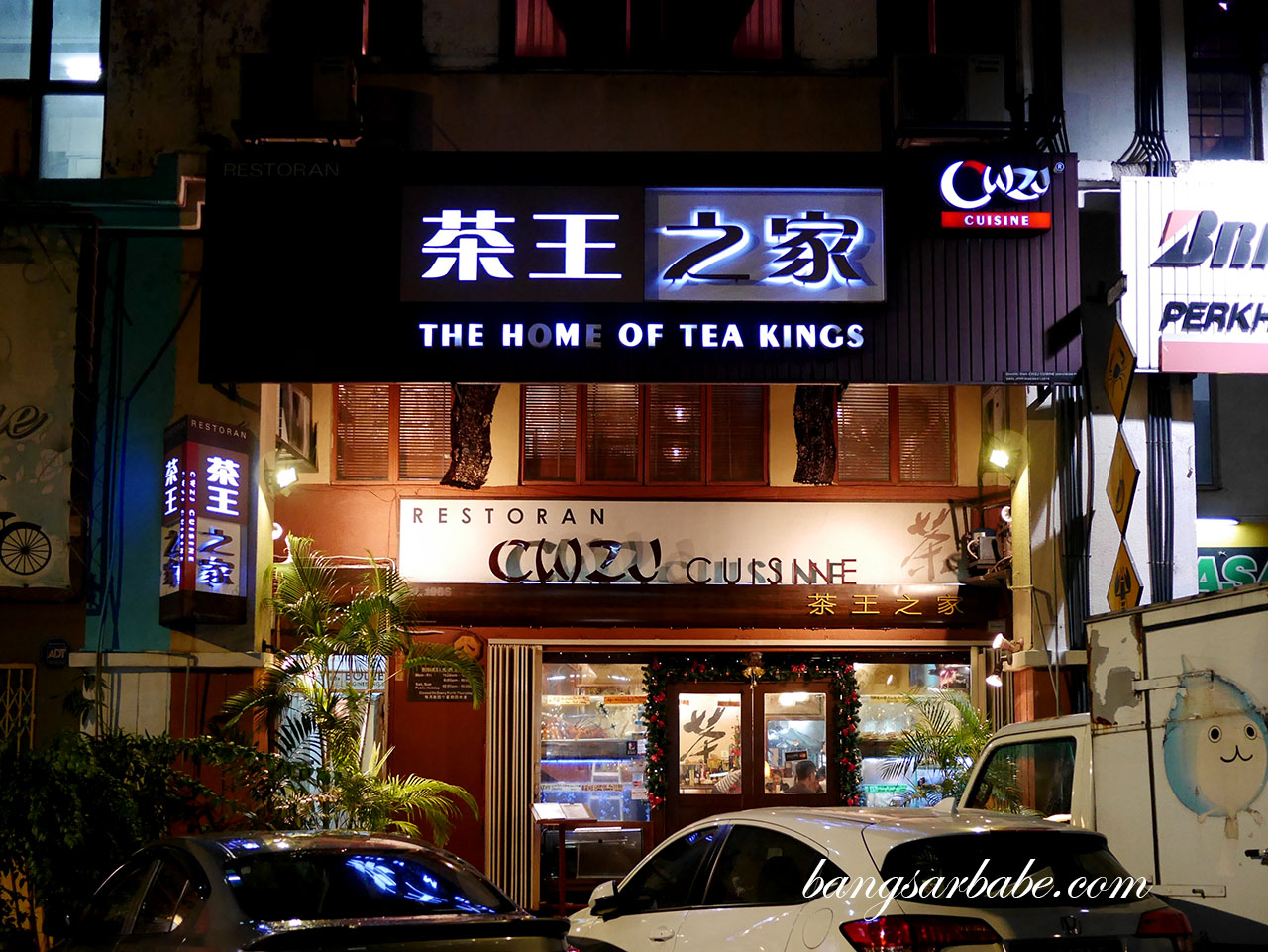