I’ve heard good things about the food at Shinmapo Korean BBQ so Jien and I paid them a visit last weekend to try one of the specialty – Galmaegisal. For the uninitiated, galmaigisal is a cut of pork that’s known as “skirt-meat”, said to have a deeper flavour with a texture that resembles beef more than pork. 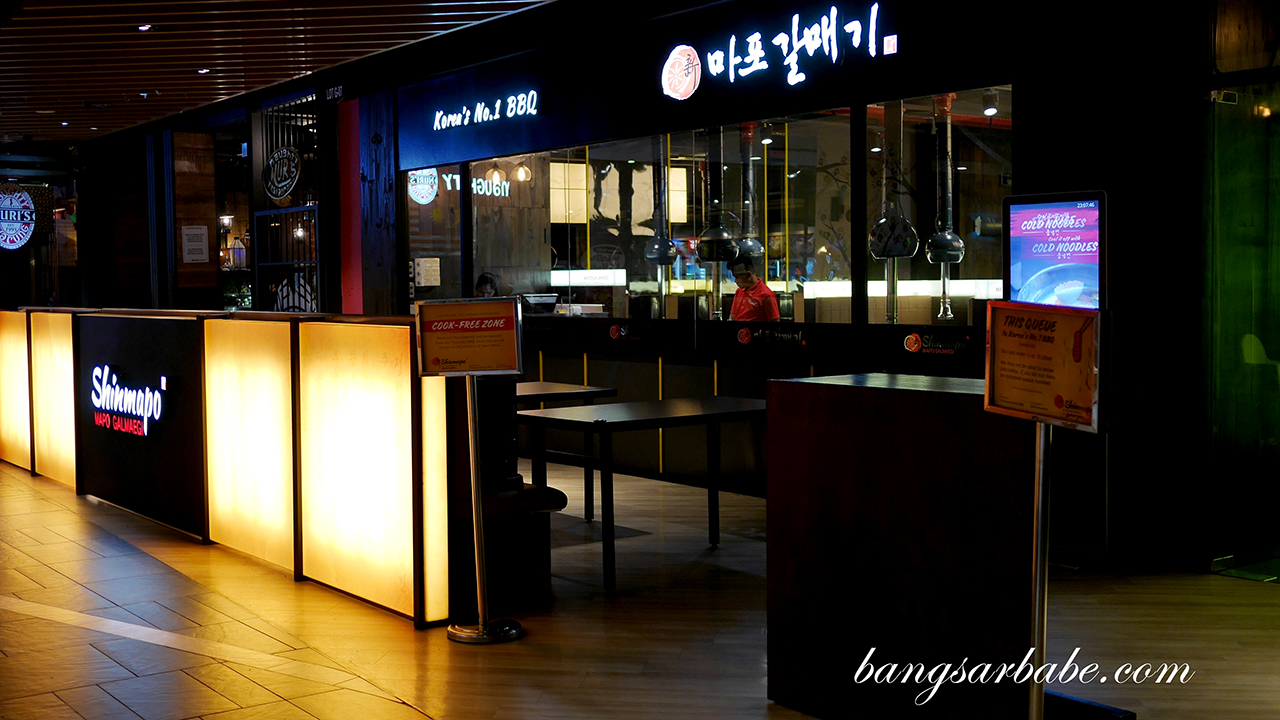 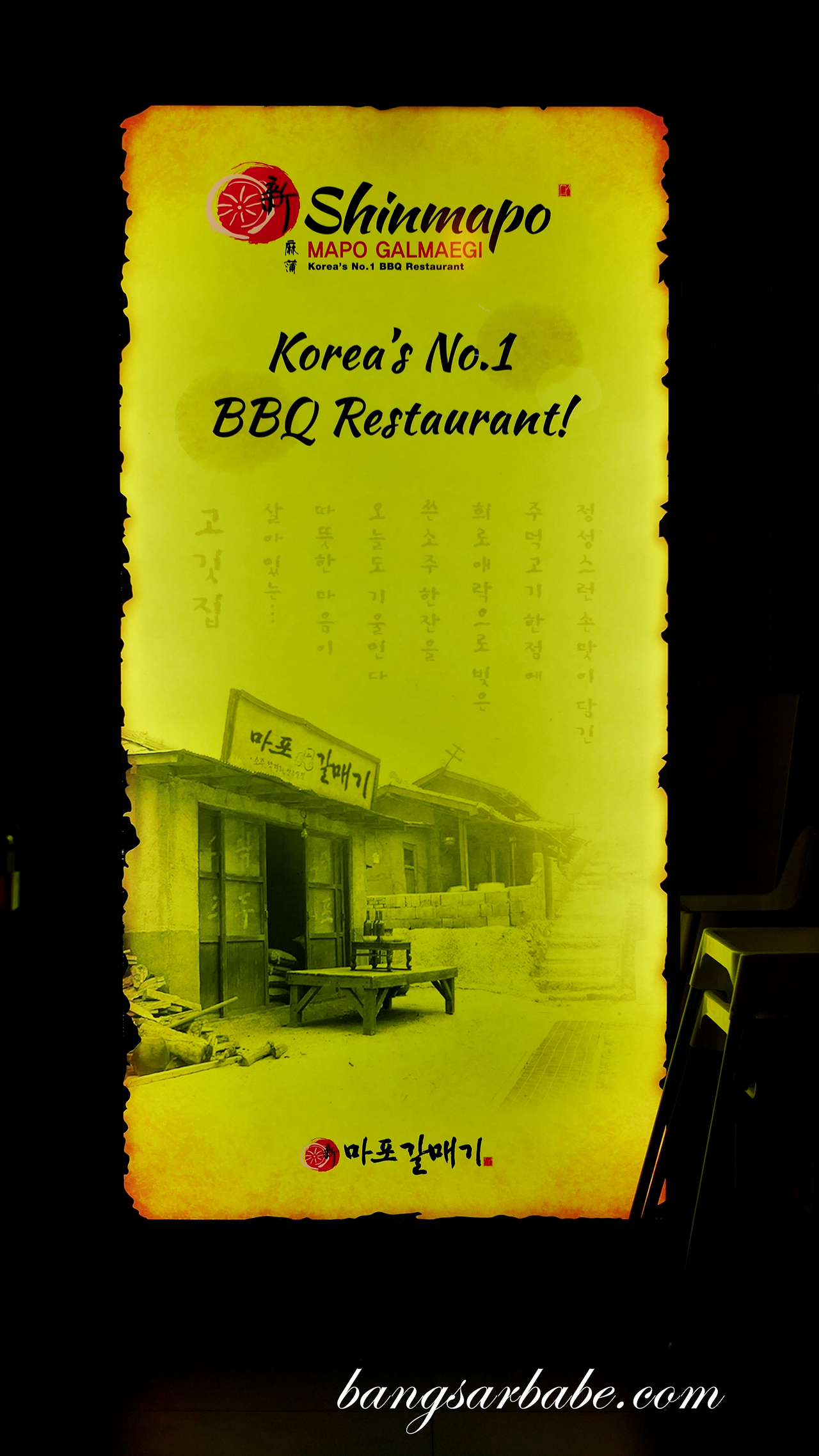 We went to the outlet in SS15 Courtyard and even at 9.45pm, the restaurant was packed. You will need to get there early or call ahead to reserve a table because Korean BBQ requires a longer dining time and you’d probably end up tired and frustrated from all that waiting. Jien and I opted for Set A – a sumptuous pork set comprising galmaegisal, pork belly, pork collar and mixed grill. 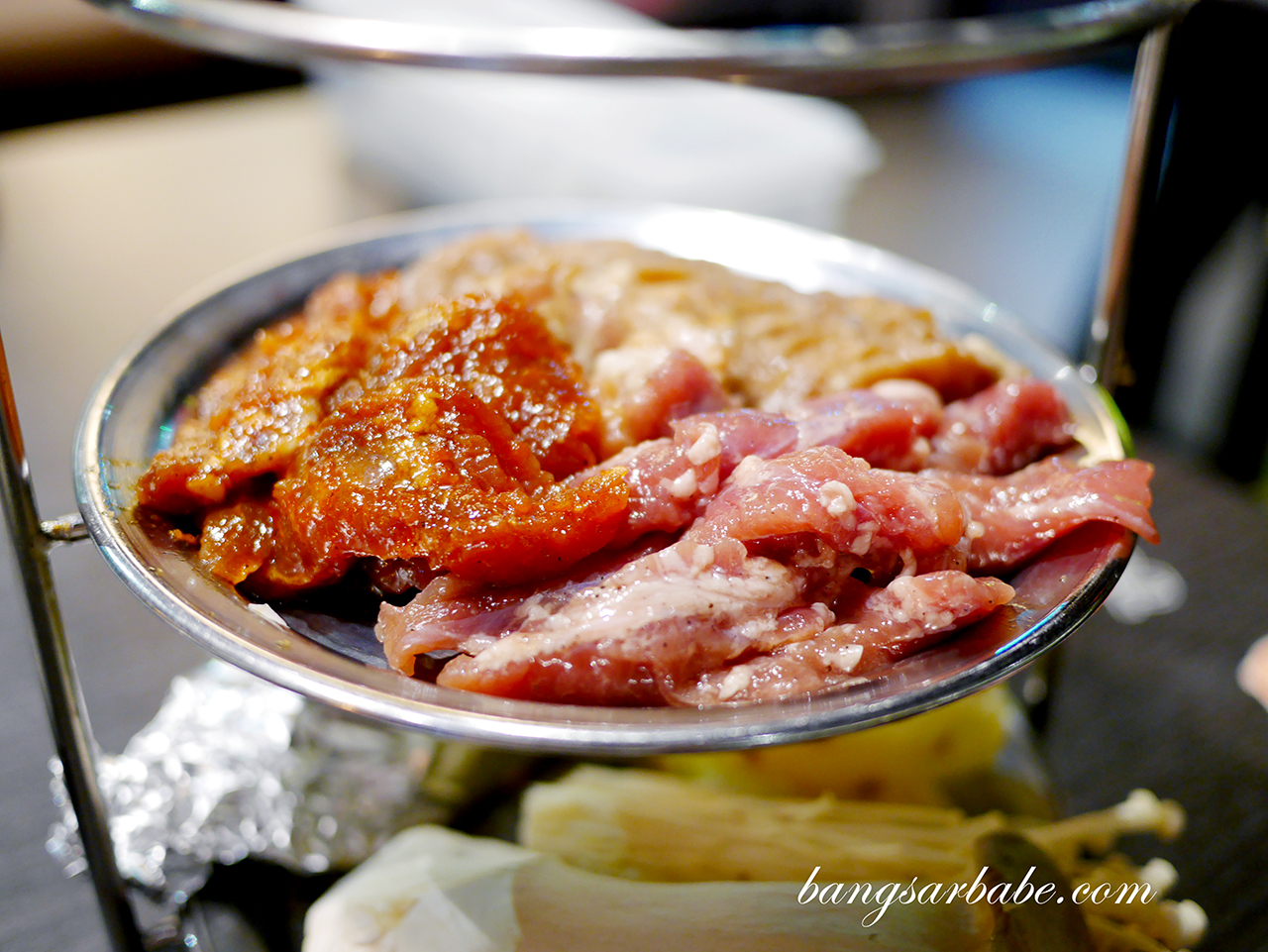 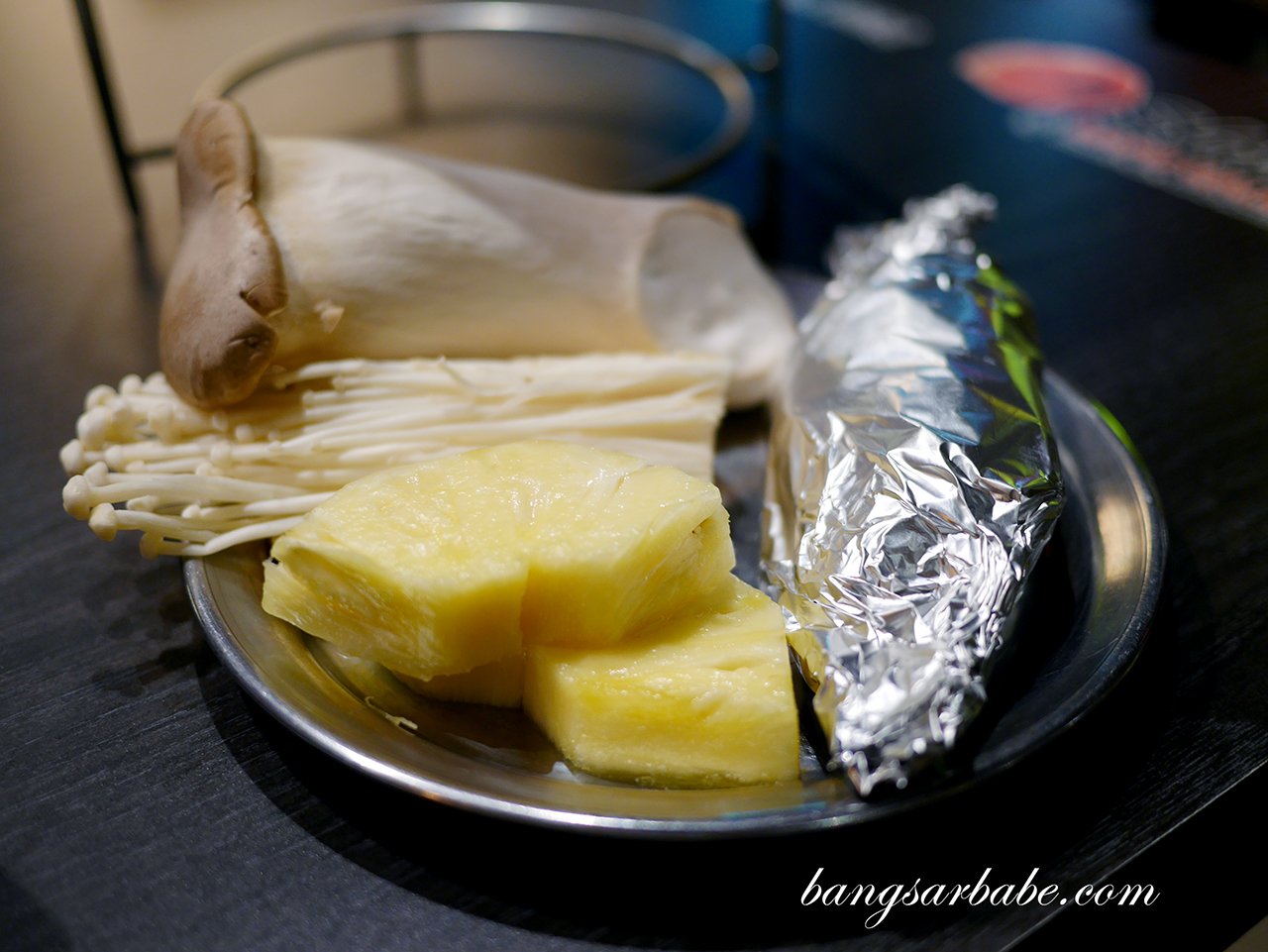 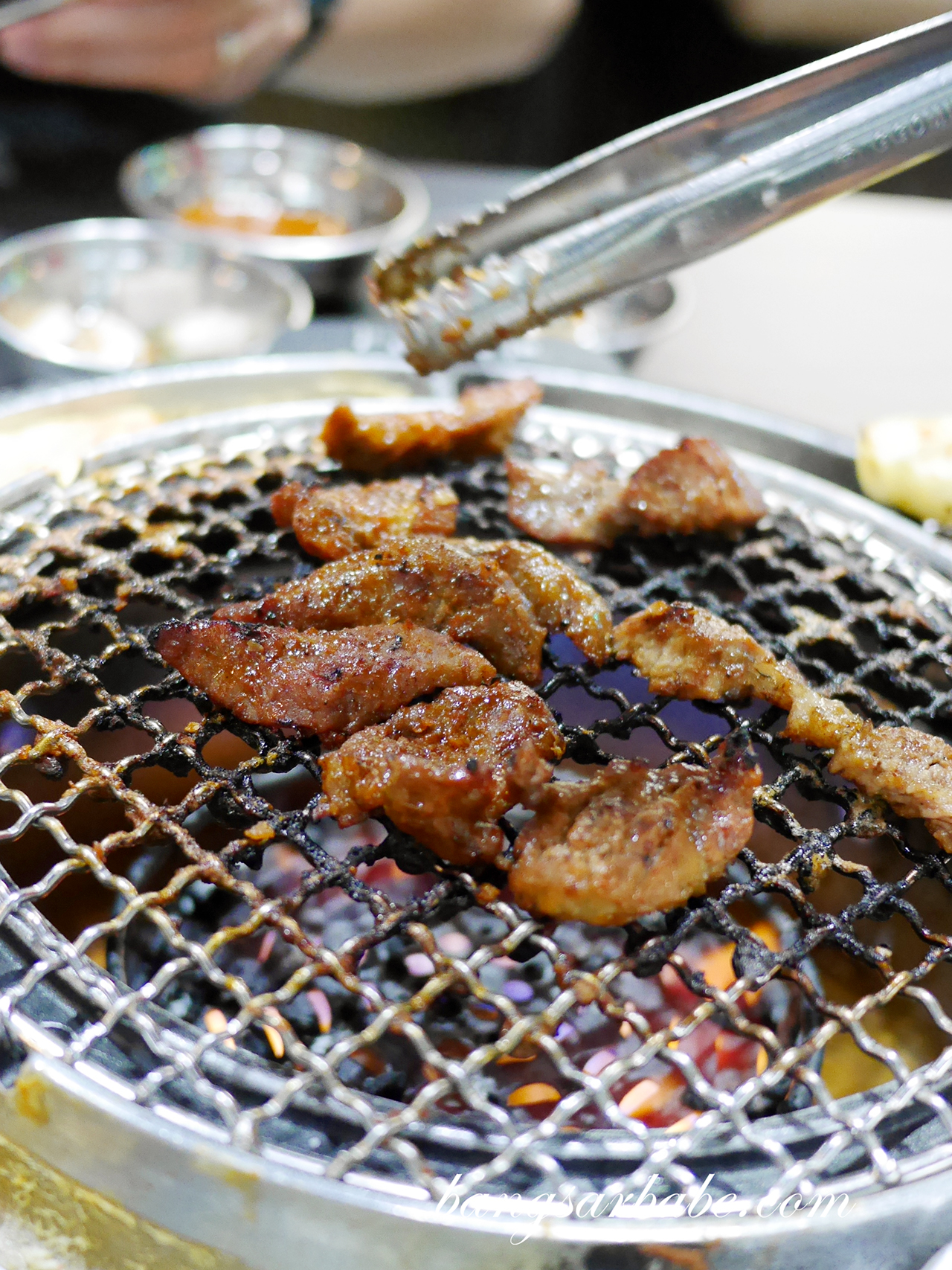 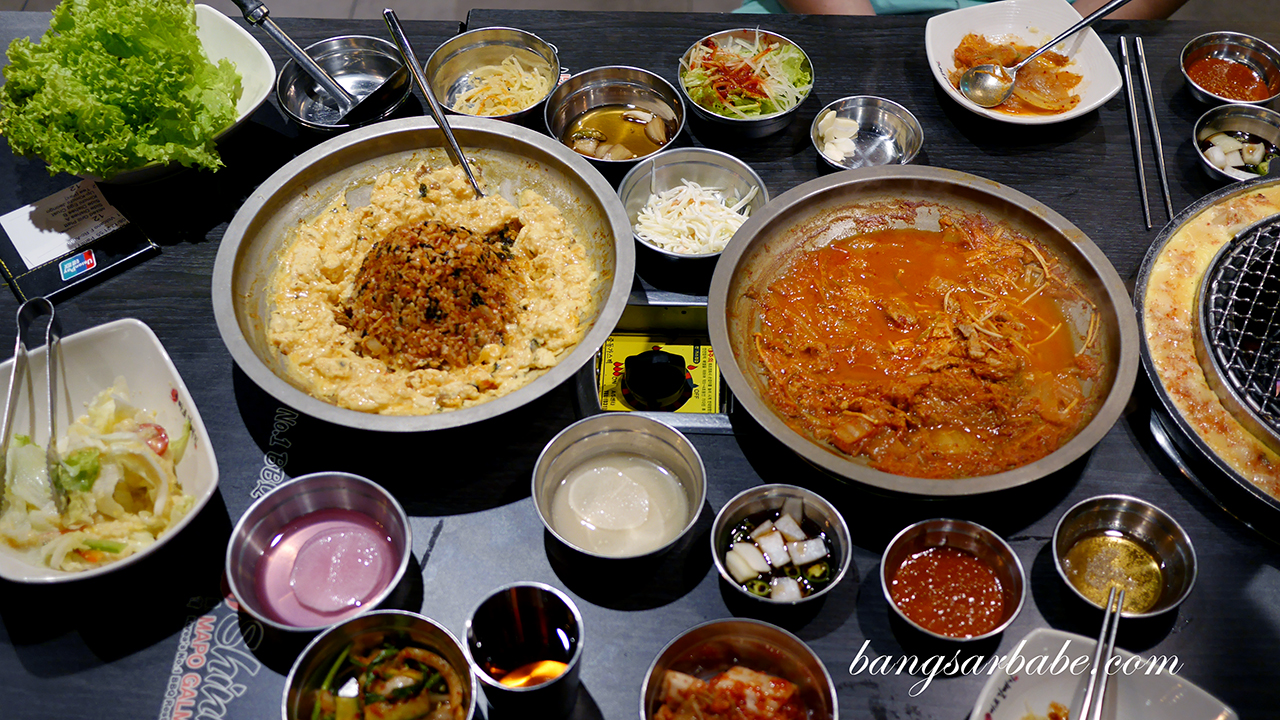 Service was quick and the staff will help you with the cooking; which is great if you’re not good with grilling your own meats. Jien and I also ordered a portion of Volcano Fried Rice (RM25) and Kimchi Jeongol (RM25), which is admittedly a tad much for two pax. I reckon this amount of food would be better for a table of three to four people. 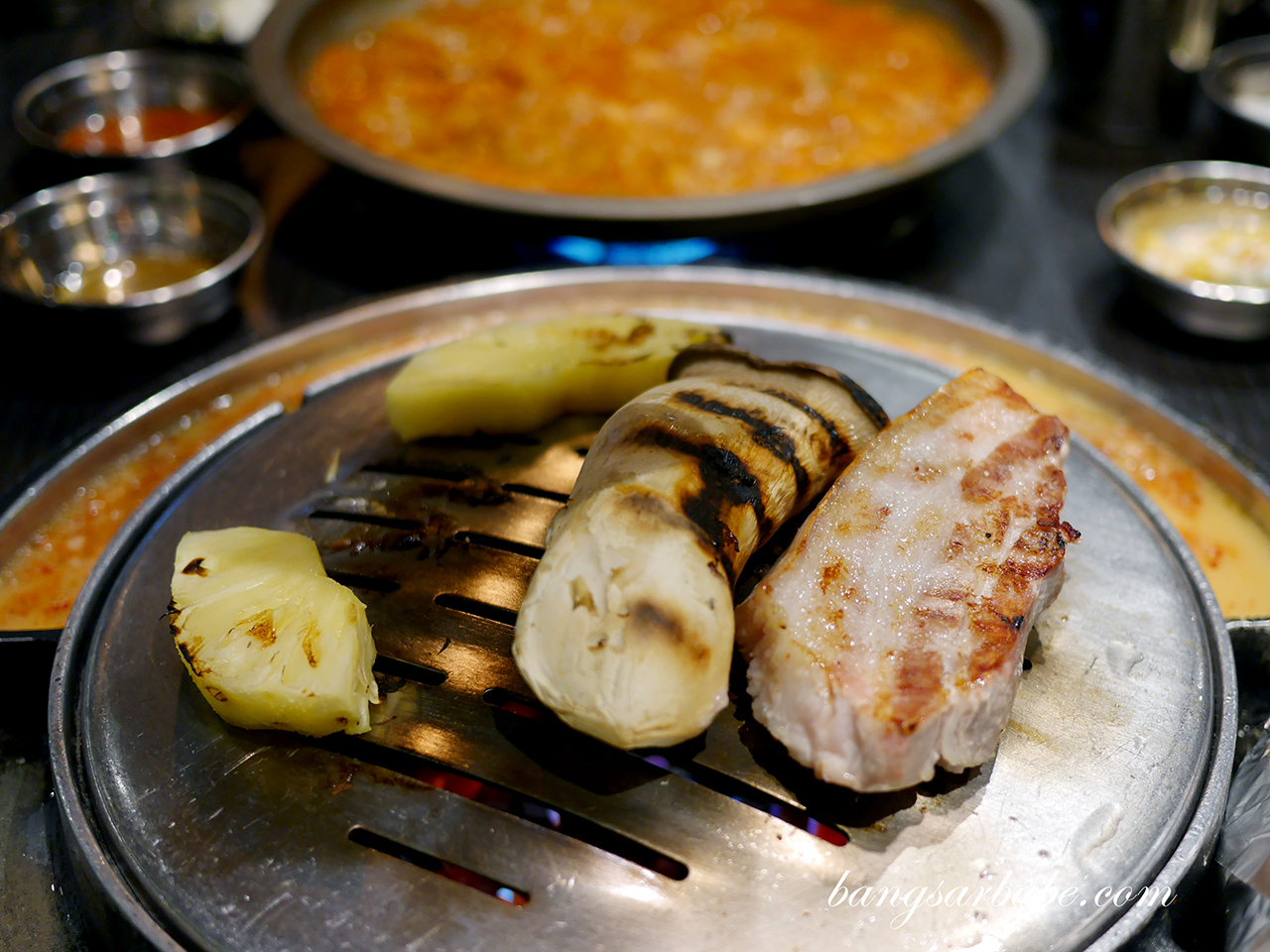 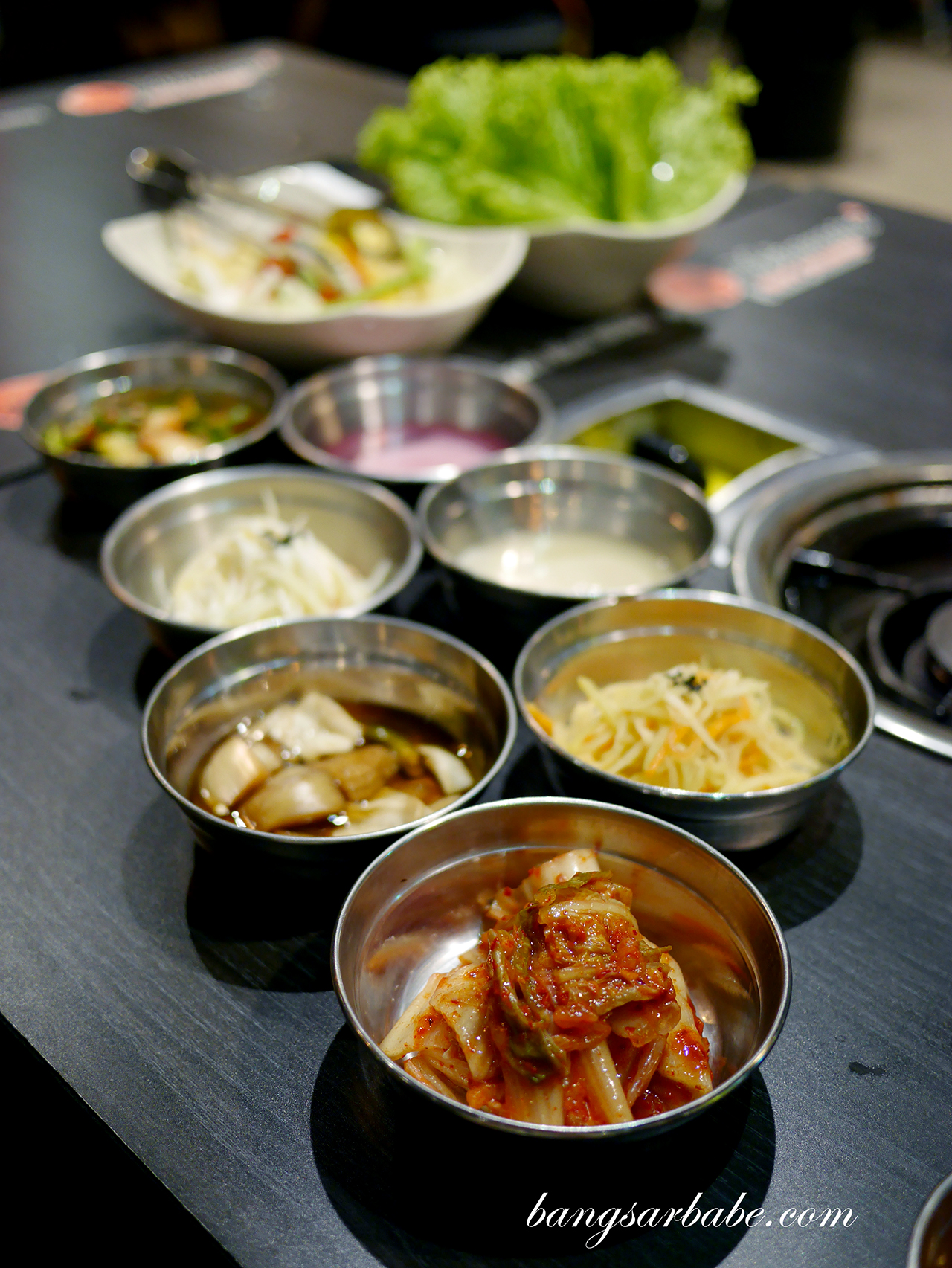 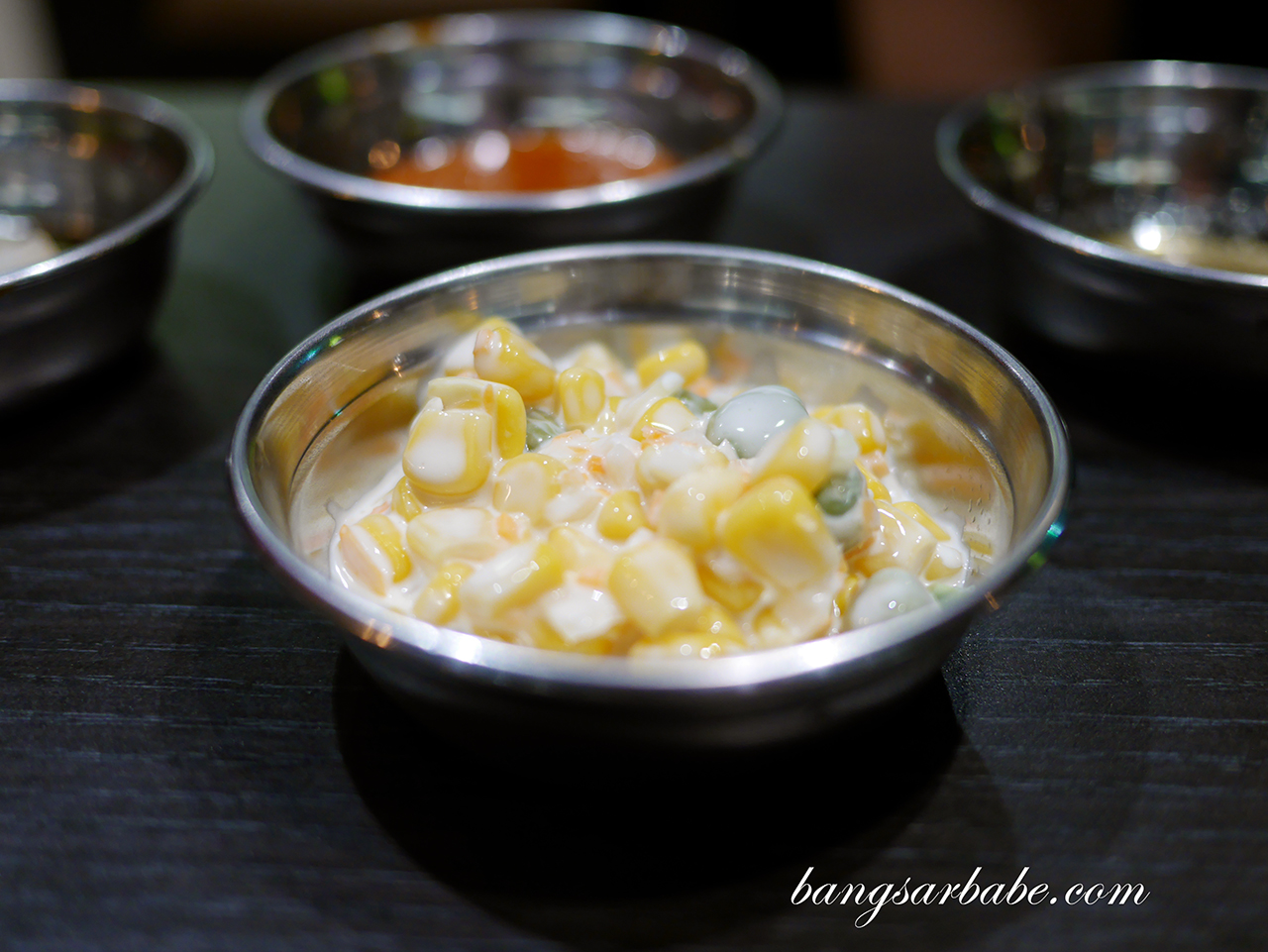 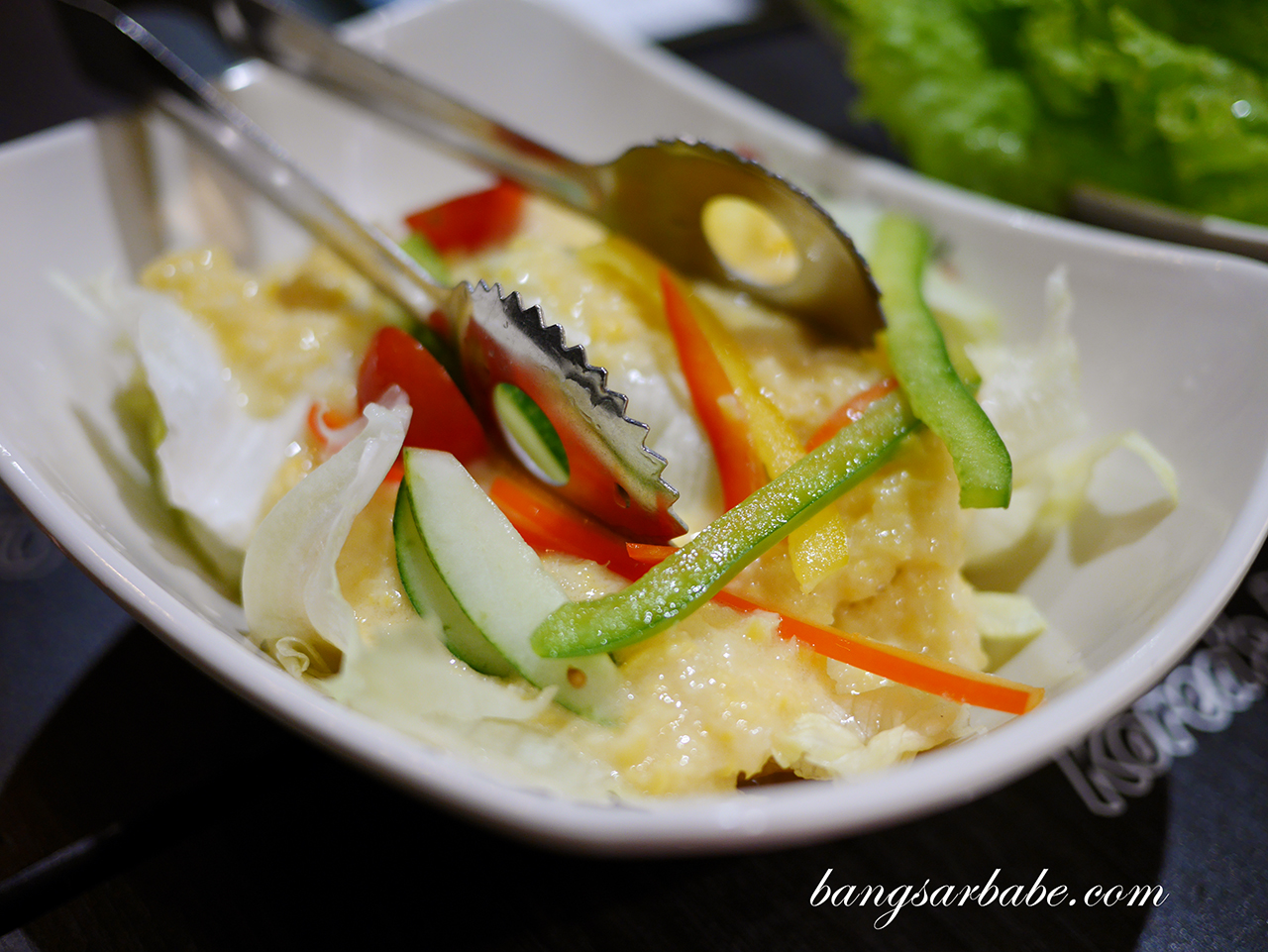 Side dishes (ban chan) are alright – some of the items that stood out were the corn salad, julienned potatoes and pickled onions with green chillies. I’m not sure if these ban chan items are consistent or changed daily though. 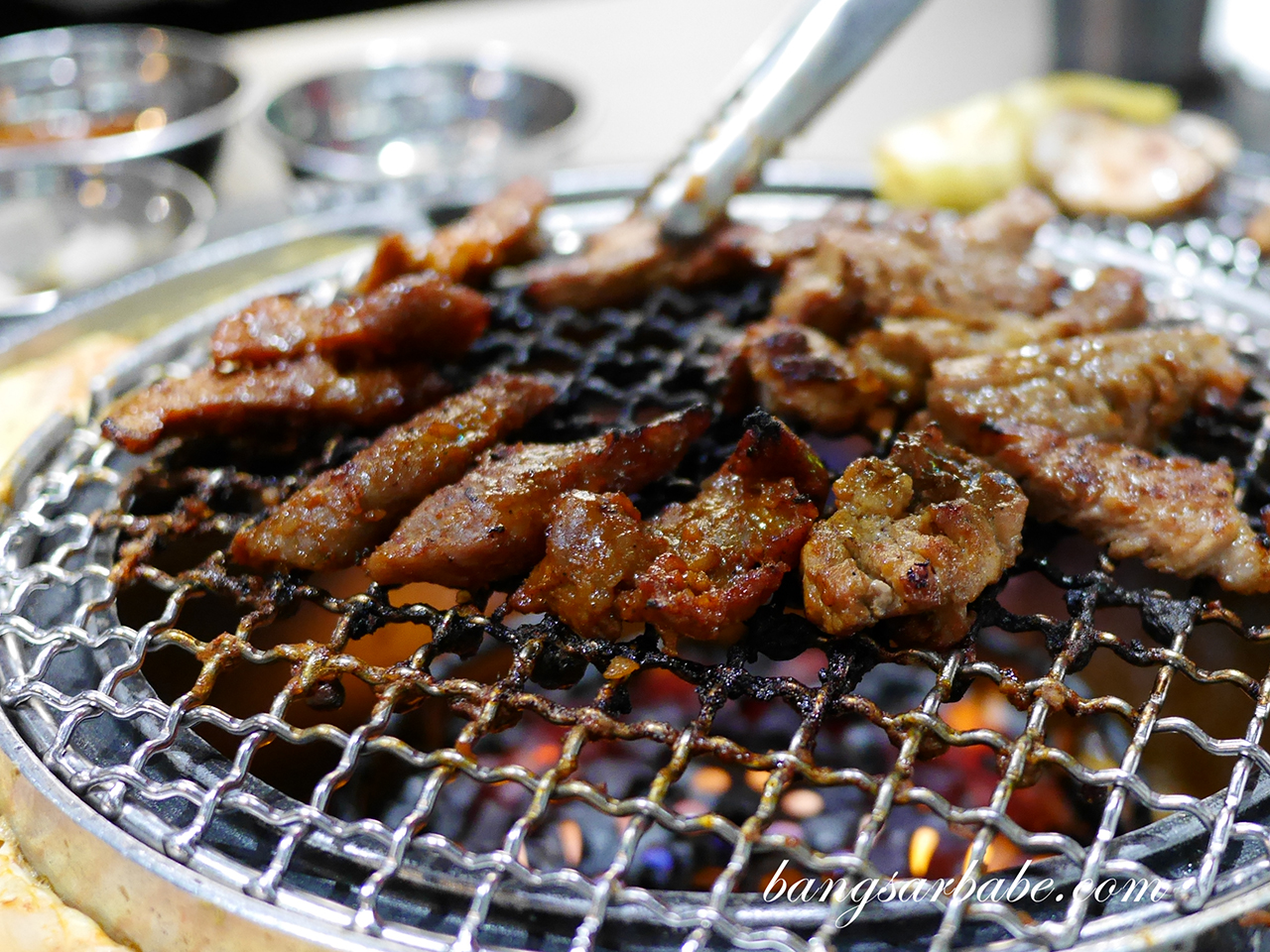 The galmaegisal was delicious. Beautifully tender with nice crisp edges from the grilling and a rich flavour. Like what I was told, the flavour was more beefy than porky; good stuff! I suggest you eat the other pork cuts first as the belly and pork collar wouldn’t taste as delicious next to the galmaegisal. Dipping sauces are provided to further flavour the freshly grilled meats though personally, I find them tasty enough without any add-ons. 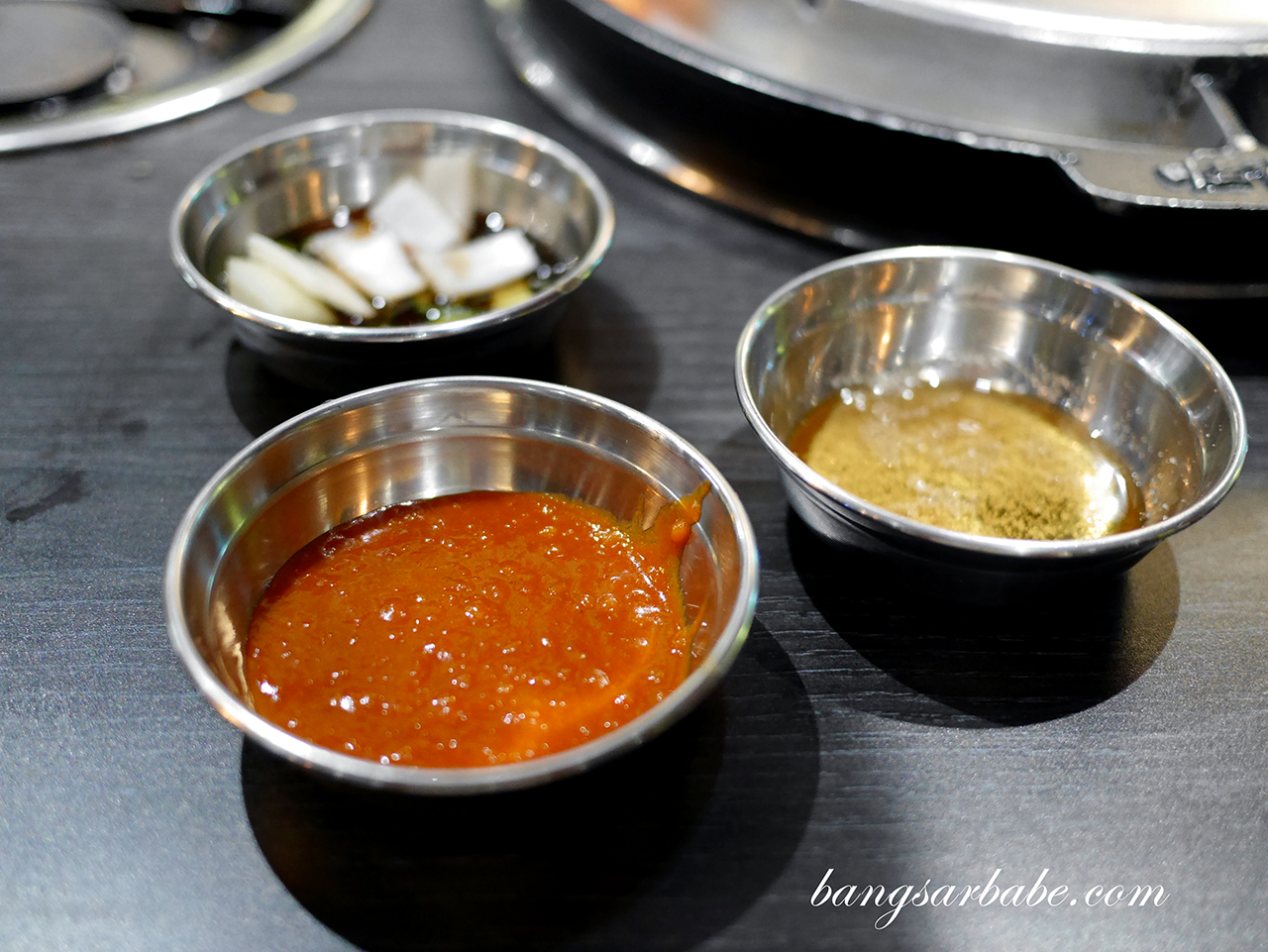 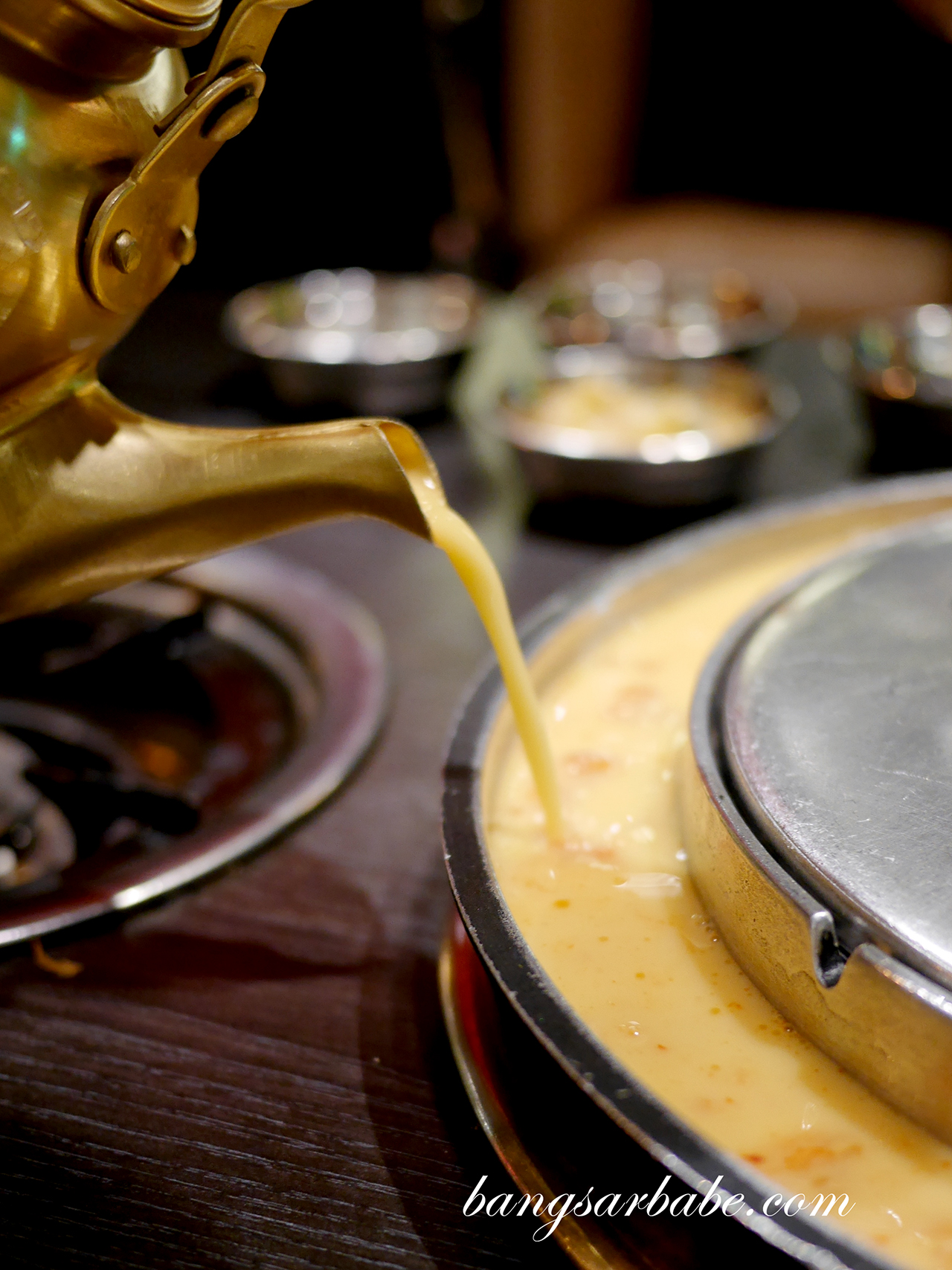 Our set came with a portion of Kimchi Egg where chopped kimchi is added onto the grill before the egg mixture is poured over. I like my eggs slightly softer so if you’re like me, it’s better to scoop out the eggs before it hardens completely. 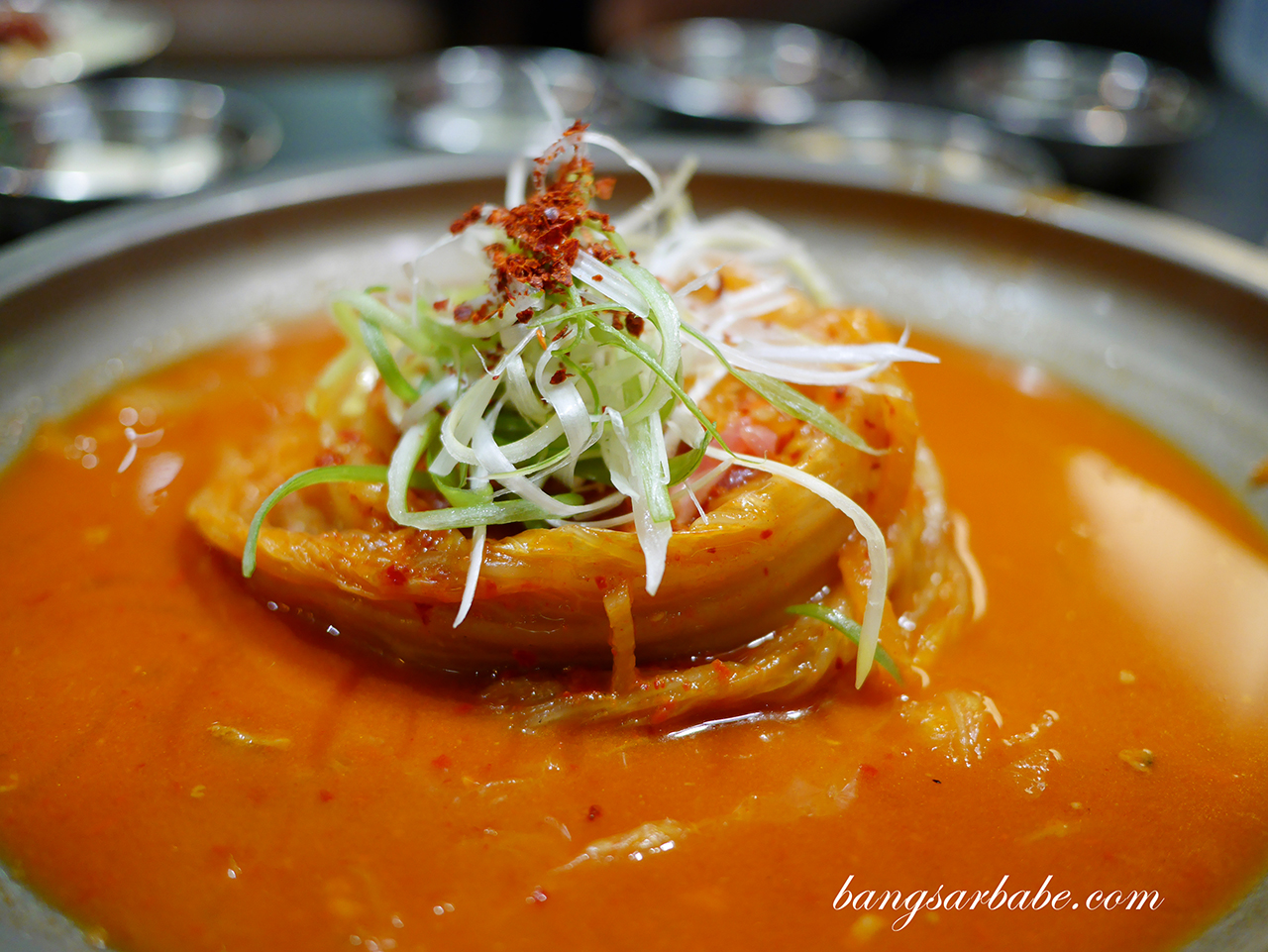 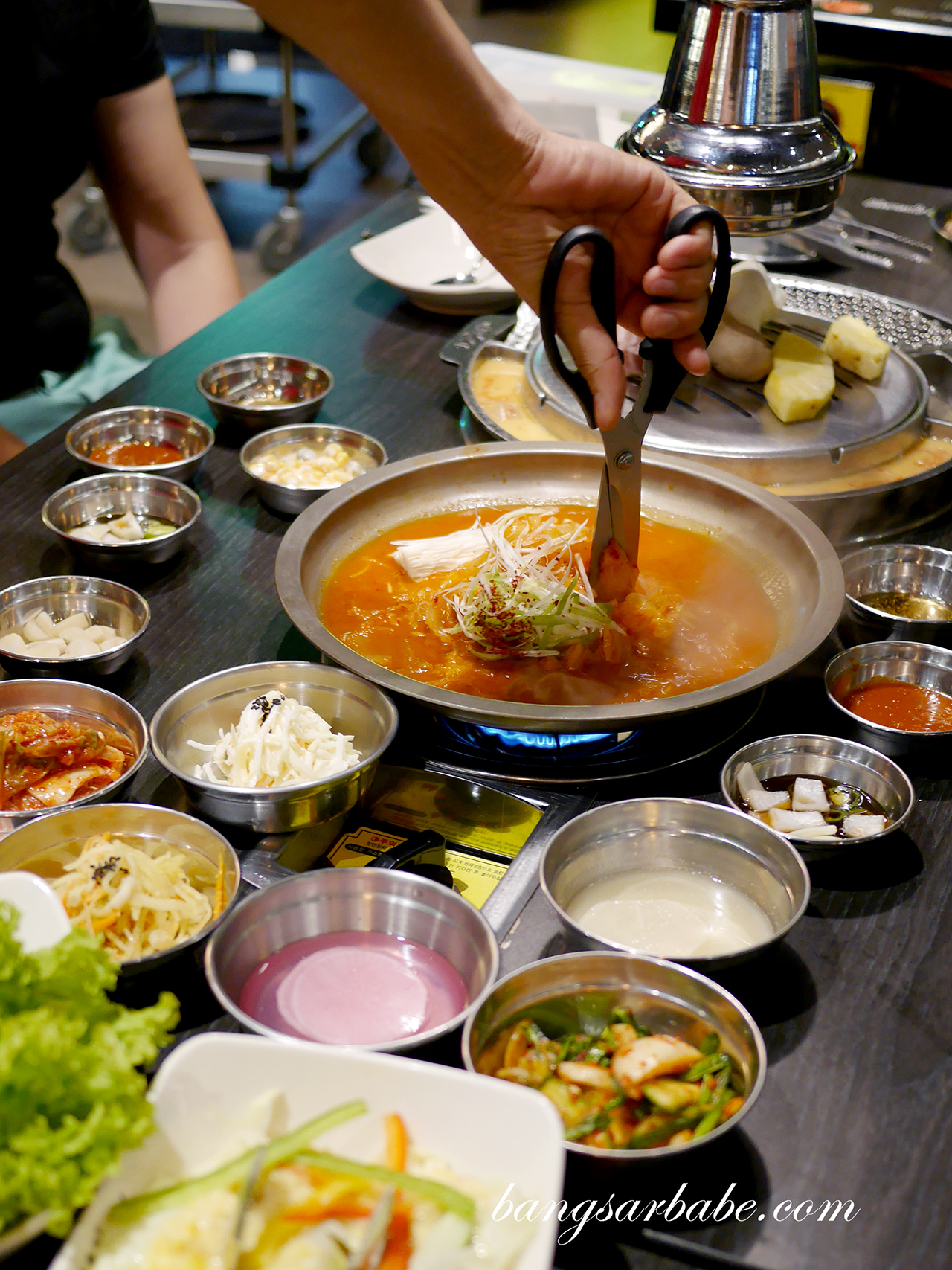 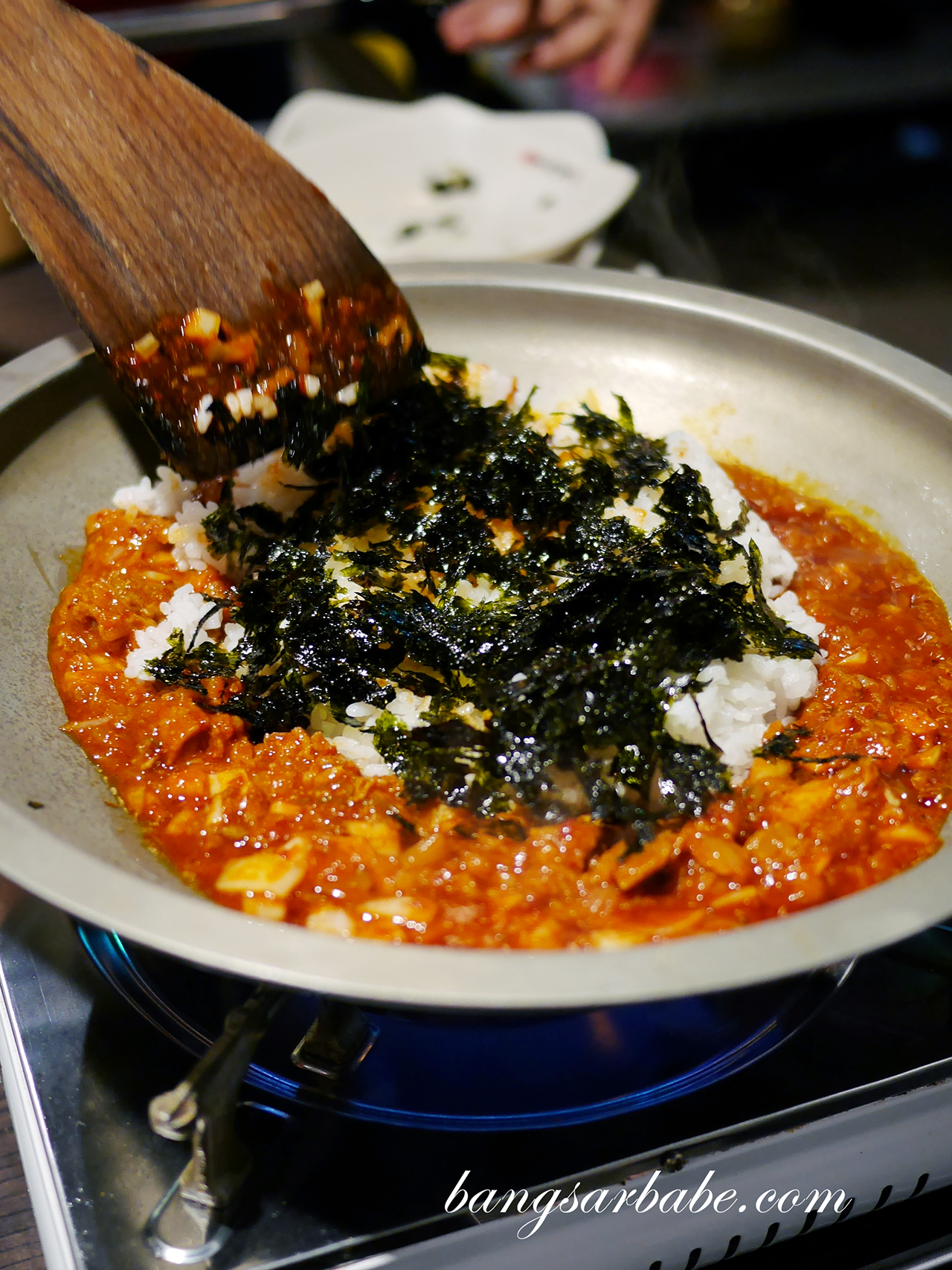 Volcano Fried Rice in the making

The Kimchi Jeongol was pretty good too – this spicy hotpot of kimchi and pork slices was perfect on a rainy night. I liked that it was thick, adequately spicy and packed with flavour from the meat and broth. This went well with the Volcano Fried Rice, which is prepared table side so you get to watch the entire process. It’s essentially rice cooked with kimchi and seaweed in a ring of scrambled egg so it forms a fluffy exterior around the rice “volcano”. 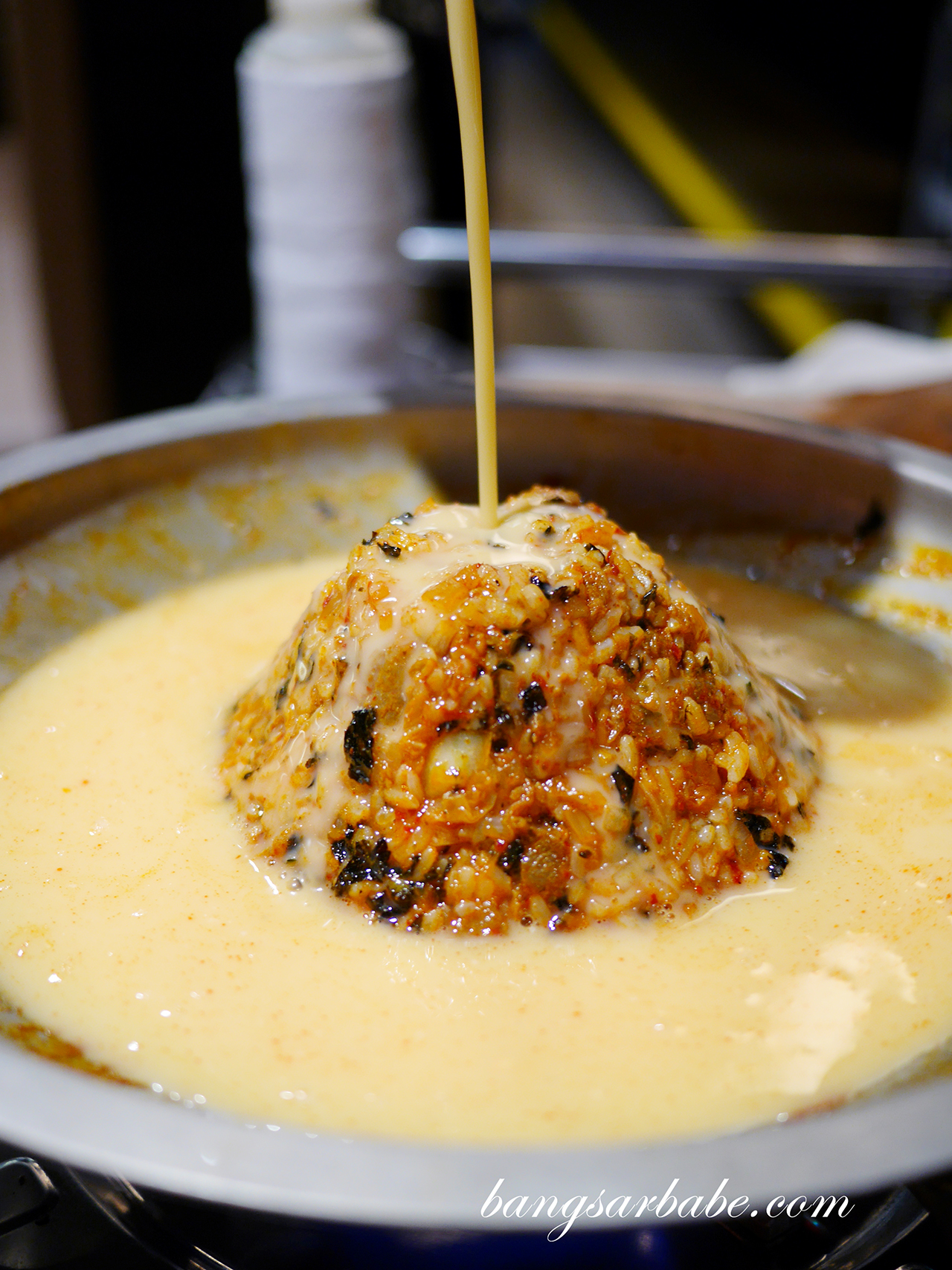 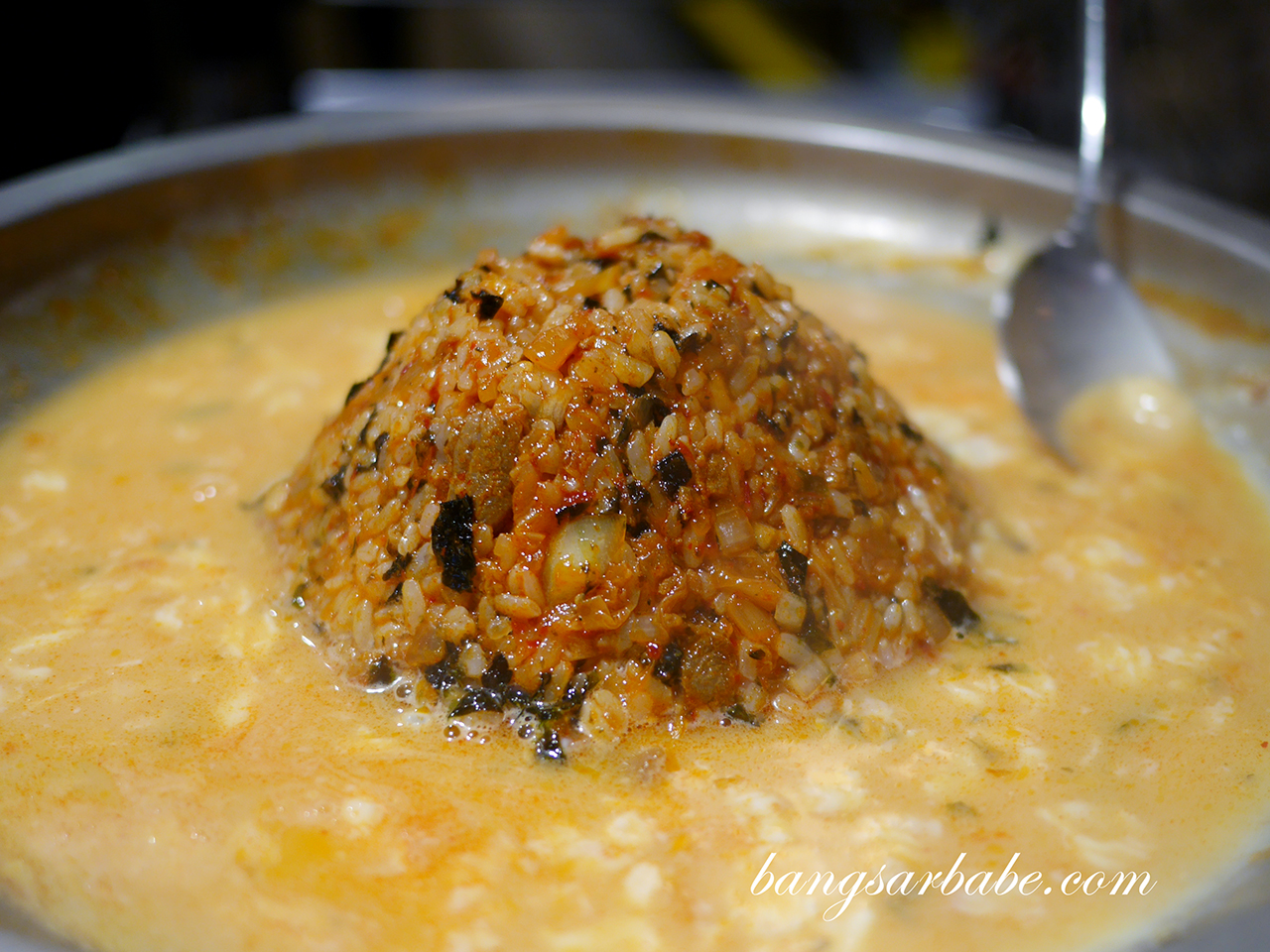 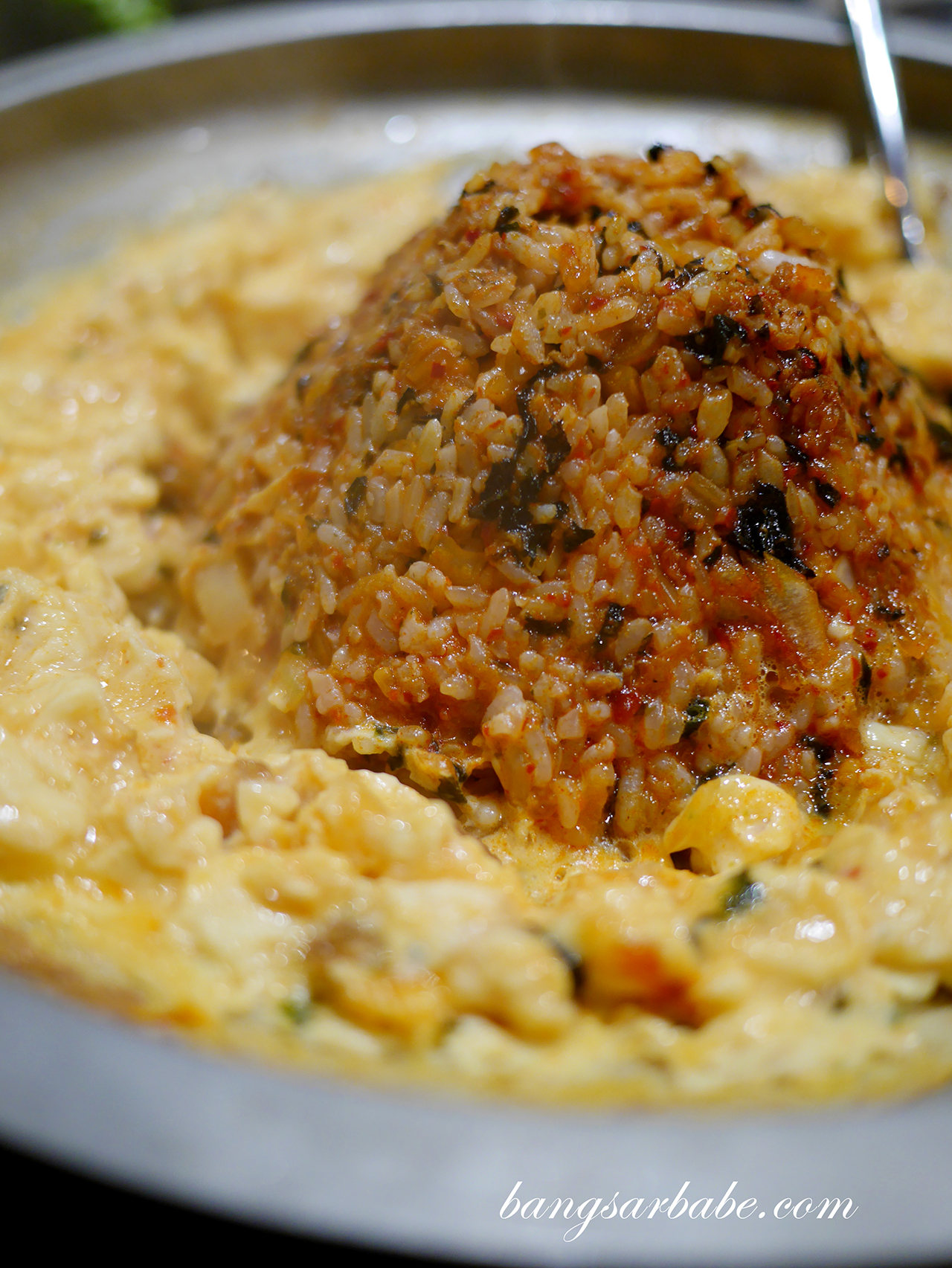 Overall, I found the food at Shinmapo Korean BBQ pretty good and service was relatively efficient. I’m not sure about the food and service at the outlet in The Gardens Mall but I liked my experience in SS15 Courtyard and would be going back again when the craving hits.