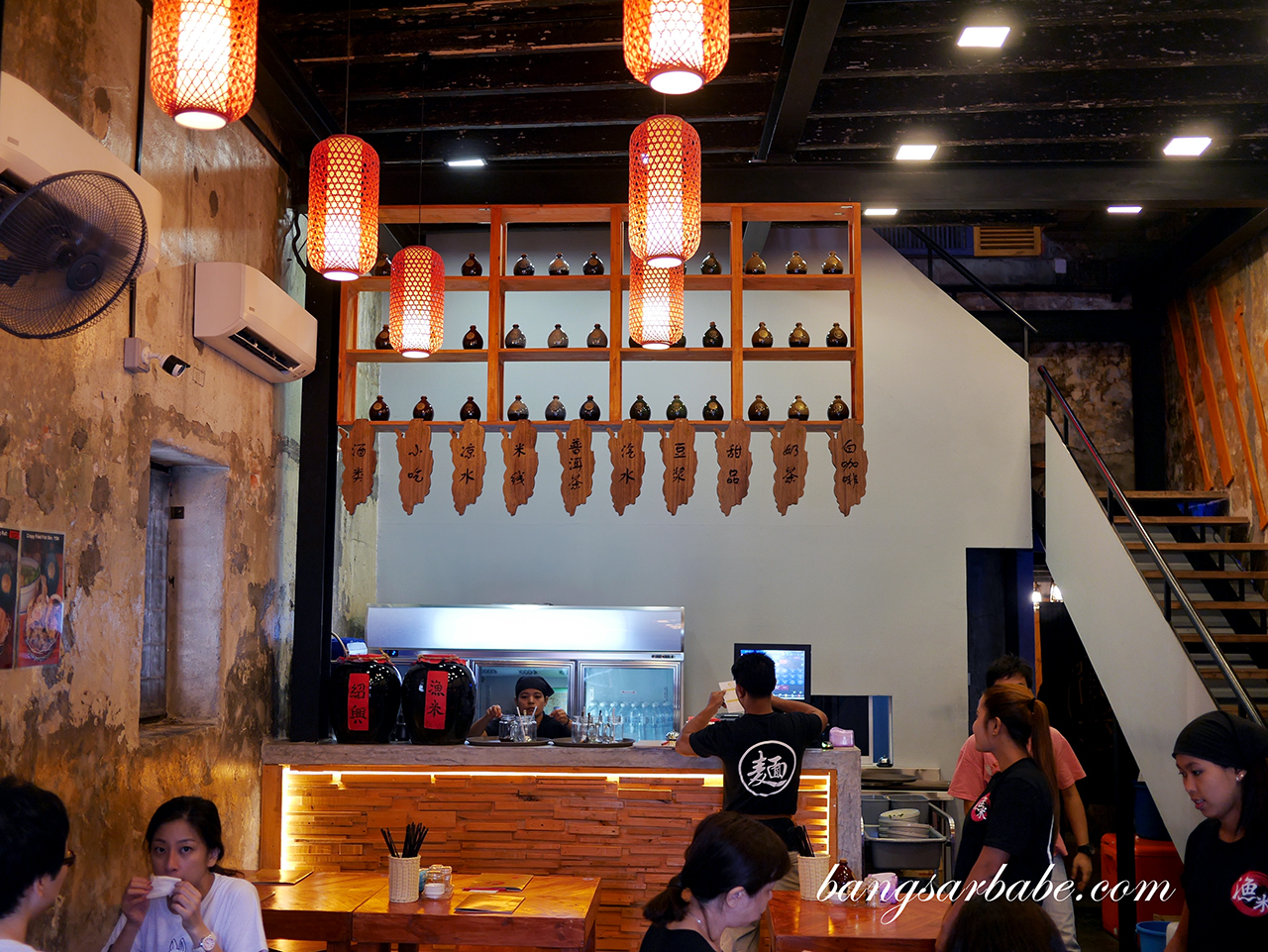 I spaced out my visits between the Kuchai Lama outlet and their latest venture in Petaling Street, Kuala Lumpur. And on both visits, my team and I ordered almost the same items to see if food was consistent. 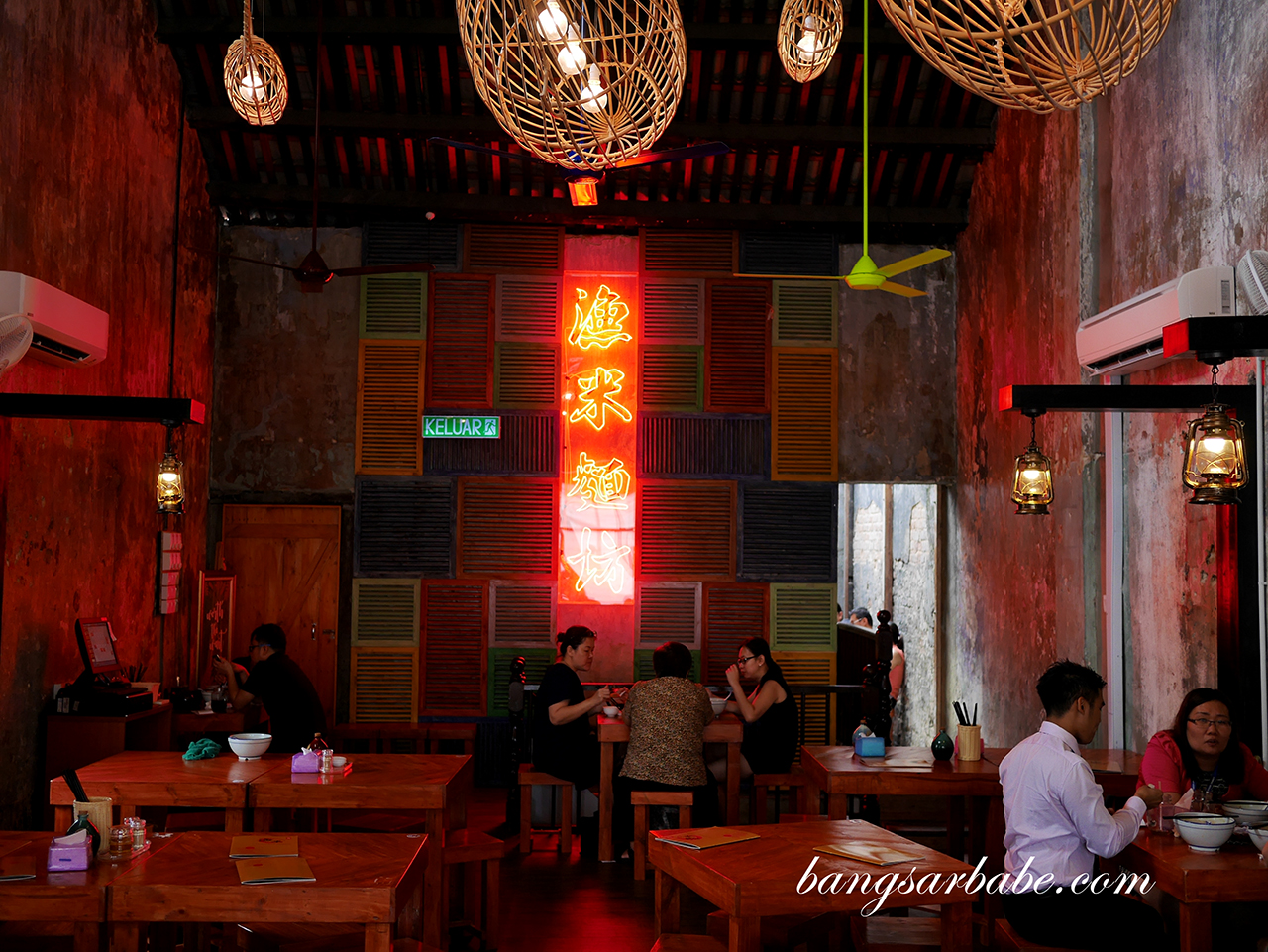 The Petaling Street outlet has a nicer interior – high ceilings and spacious, with photogenic corners here and there. Located along the same row as Ali, Muthu and Ah Hock, Yu Noodle Cuisine in KL was packed with customers on a weekday lunch. 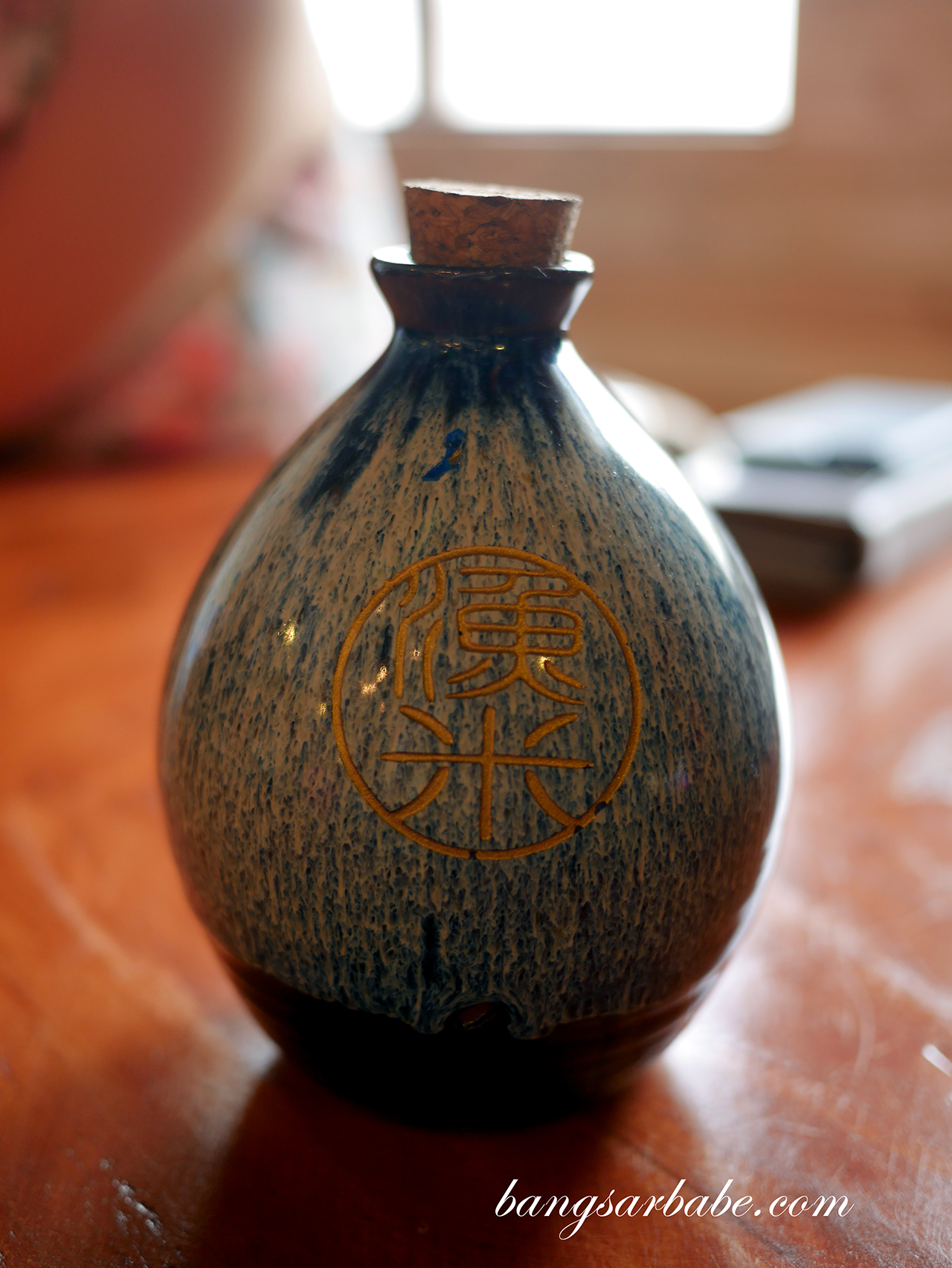 Most of them were the office crowd looking for a quick bite before heading back to the grind. The menu looked similar to the other noodle shop mentioned above, but instead of spicy broth, you get their signature tom yum broth as the spicy alternative. Pricing is also similar to the former, but portions at Yu Noodle seemed marginally larger. 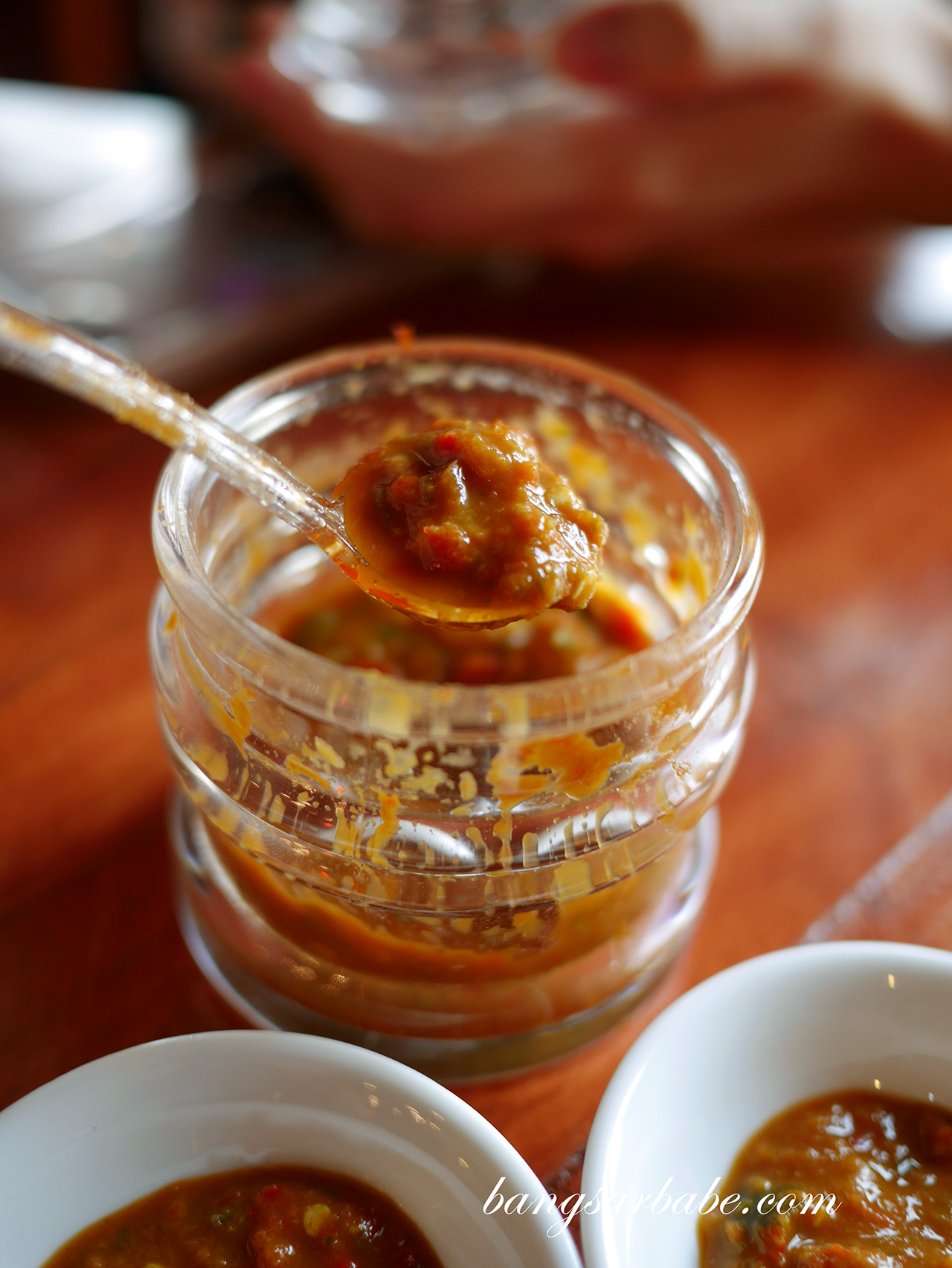 On each table at Yu Noodle Cuisine, you get a bottle of rice wine to add into the traditional (clear) broth which is said to be handed down through the generations. I know one isn’t supposed to compare between both noodle houses but it’s difficult not to when they serve similar items. I found the traditional broth at Yu Noodle more subdued and required a spoonful of rice wine for the flavours to come through. 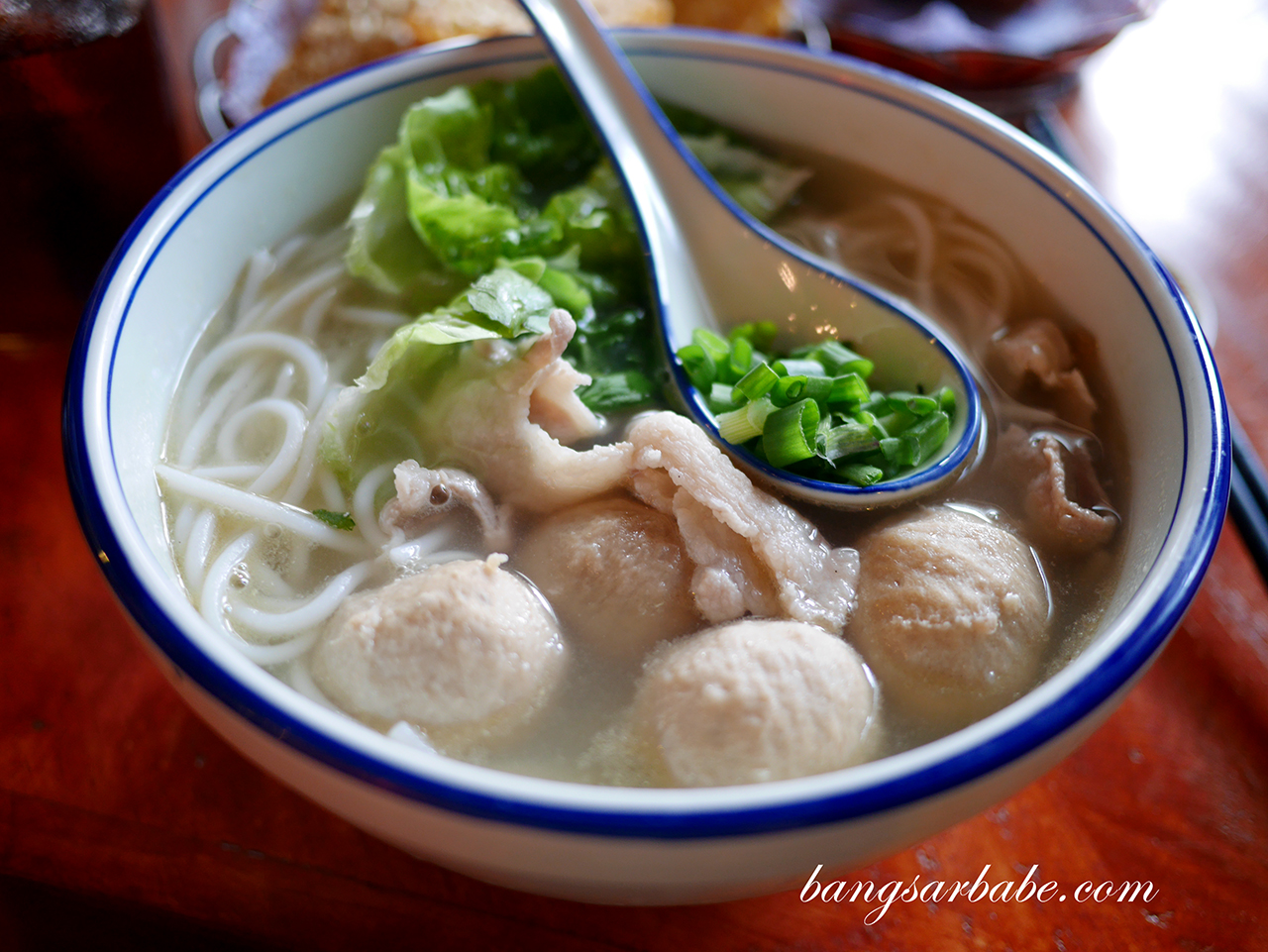 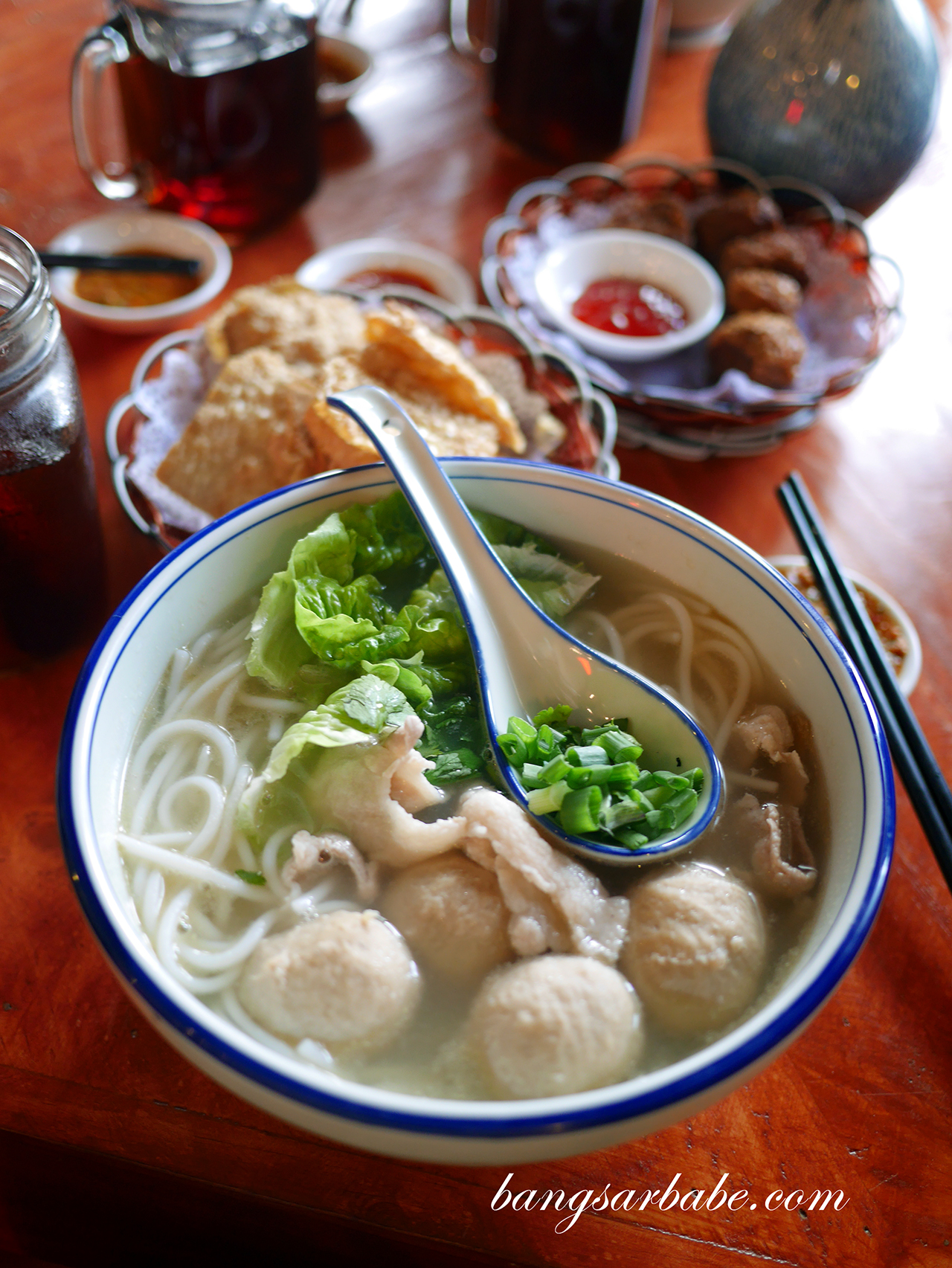 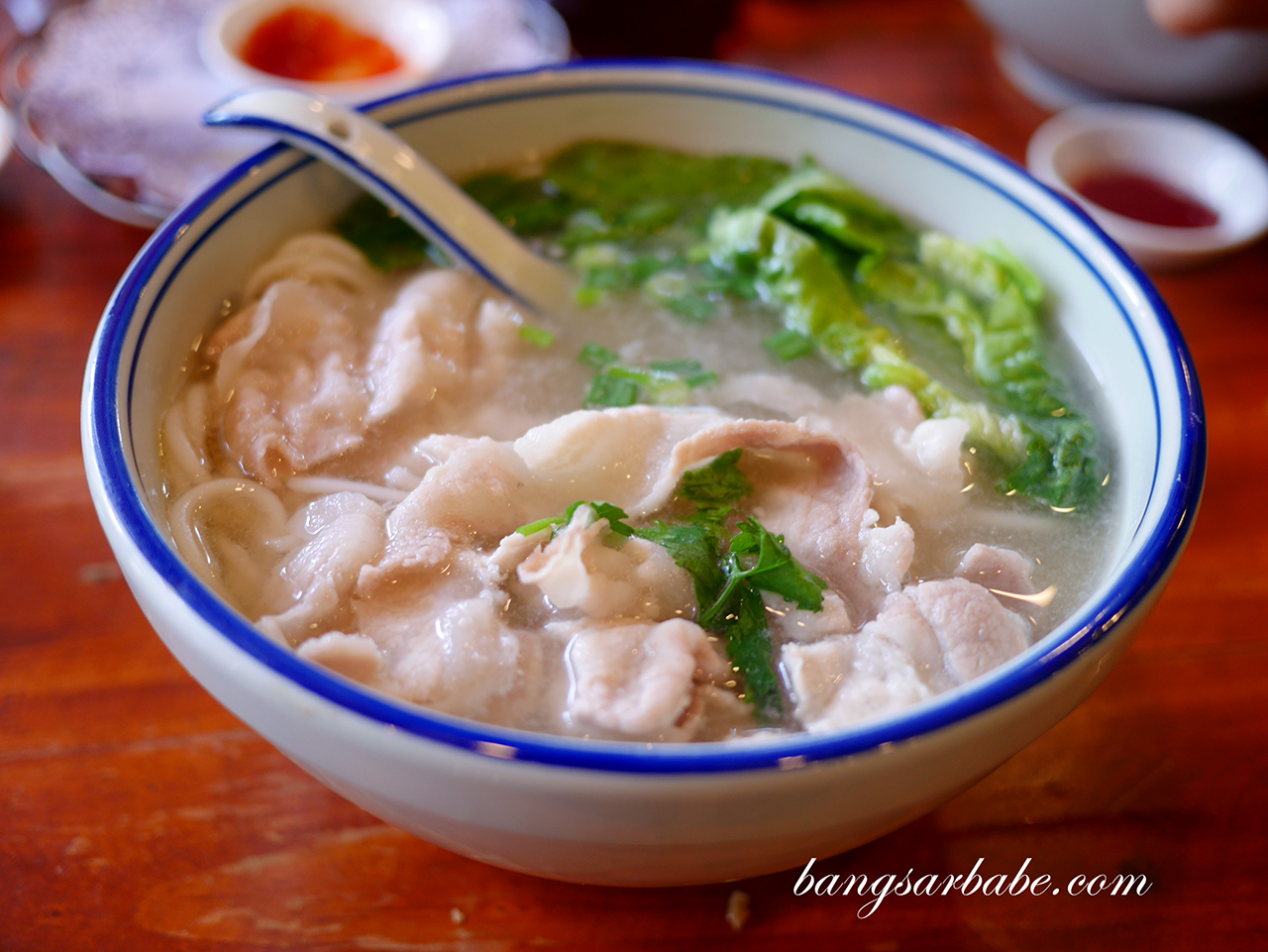 Strangely, the same broth at their outlet in Kuchai Lama was stronger in flavour, so additional rice wine wasn’t needed. The pork slices at Yu Noodle Cuisine were adequately tender though I feel the bursting pork balls lacked crunch. 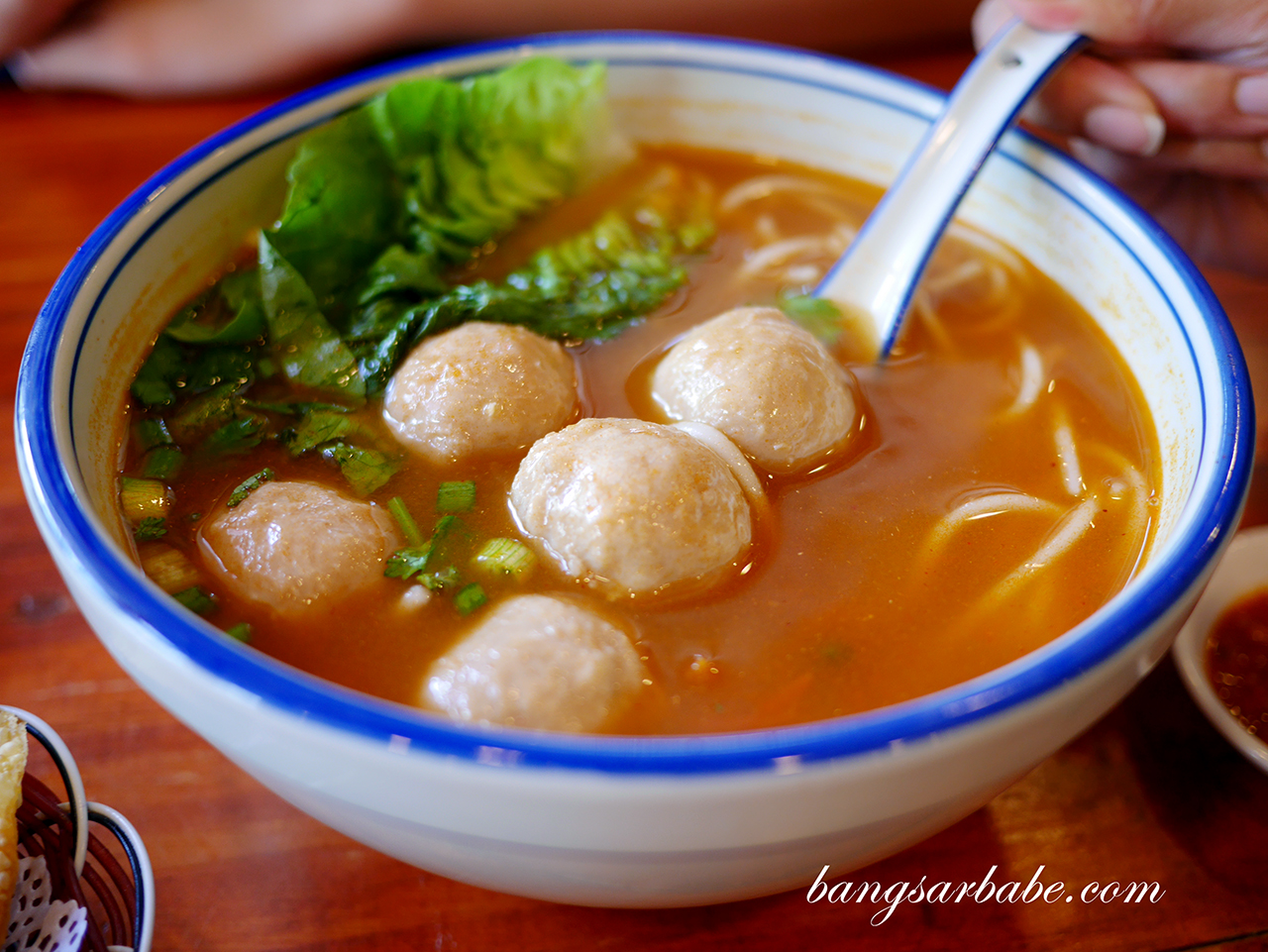 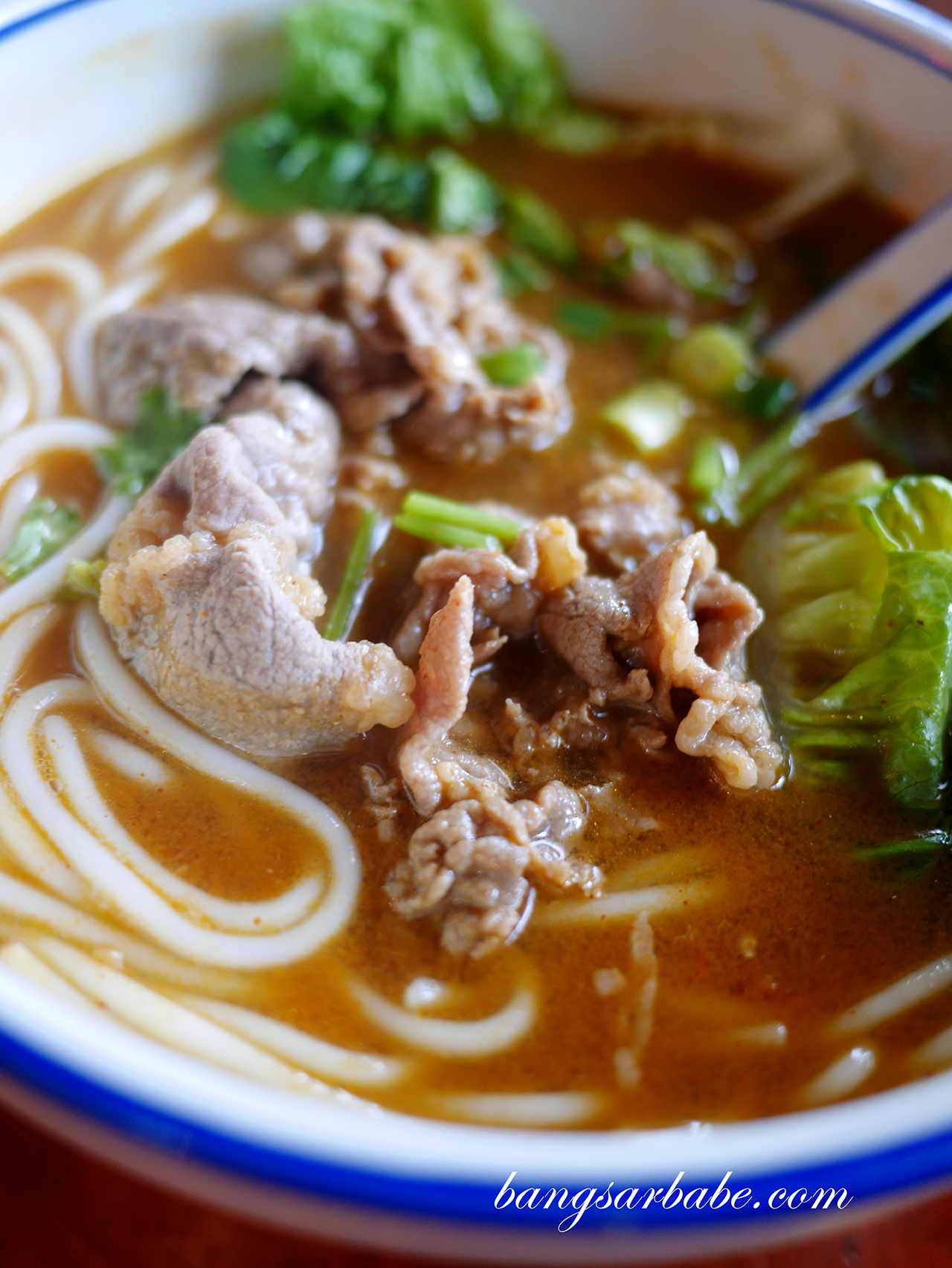 My colleague had the tom yum beef noodles (RM16.30) at the KL branch and I thought it was quite decent. She got a good amount of beef slices which gave the spicy, tangy broth a rich and deep flavour. This prompted me to try it at the Kuchai Lama branch a week later but sadly, it wasn’t as impressive. 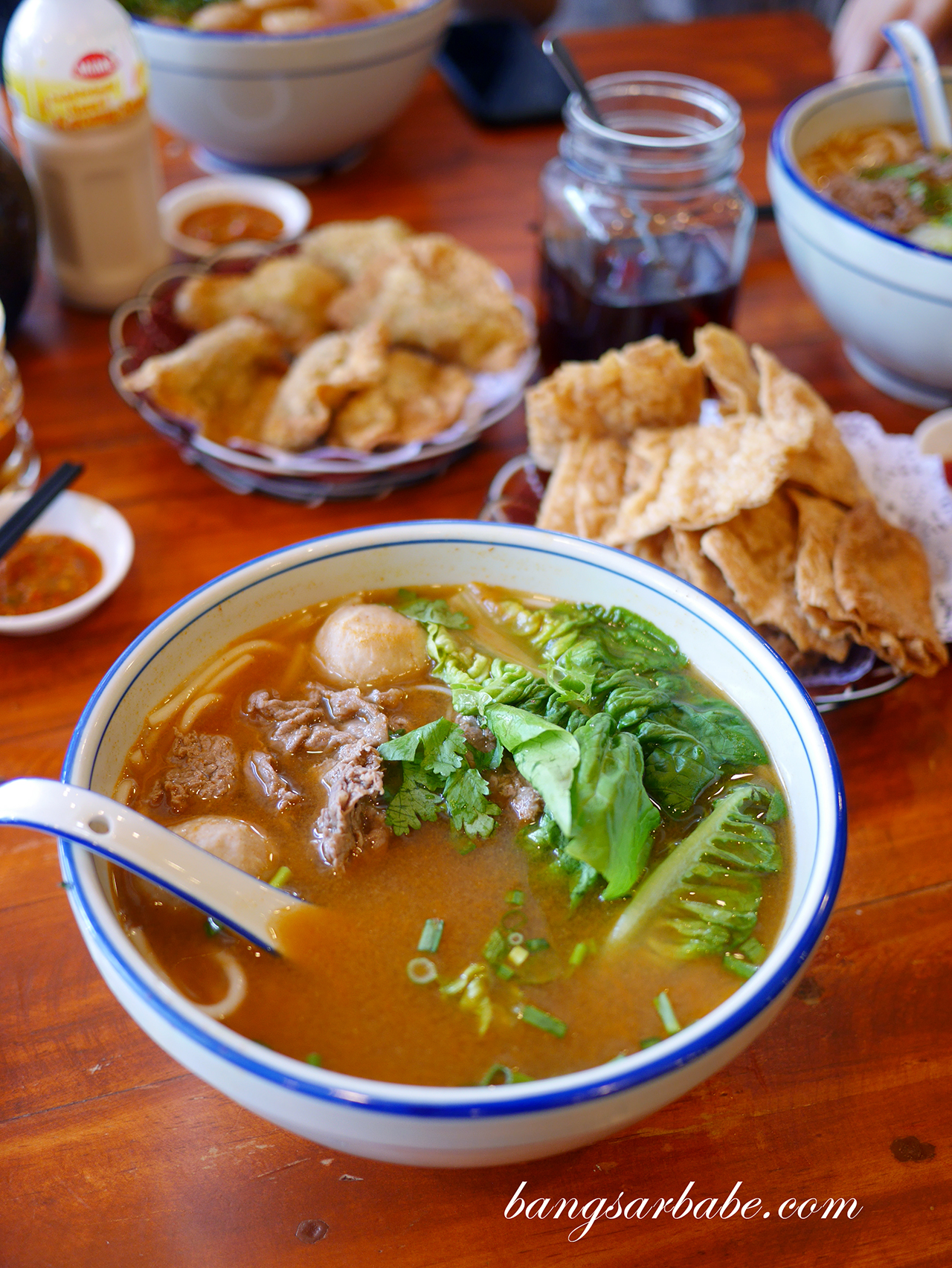 Tom yum beef slice noodles (Kuchai Lama branch). The bursting balls were an add-on (RM3). The portion of beef slices was scant, much to my disappointment.

The portion of beef slices were significantly less than what I remembered (and photographed), so the broth was just spicy and sour, minus the beefy flavour I was seeking. I did a quick check with the outlet manager and she mentioned it was a new chef so the rationing wasn’t as spot on. I didn’t think that was a valid justification as I expected them to rectify the issue with the proper proportion. 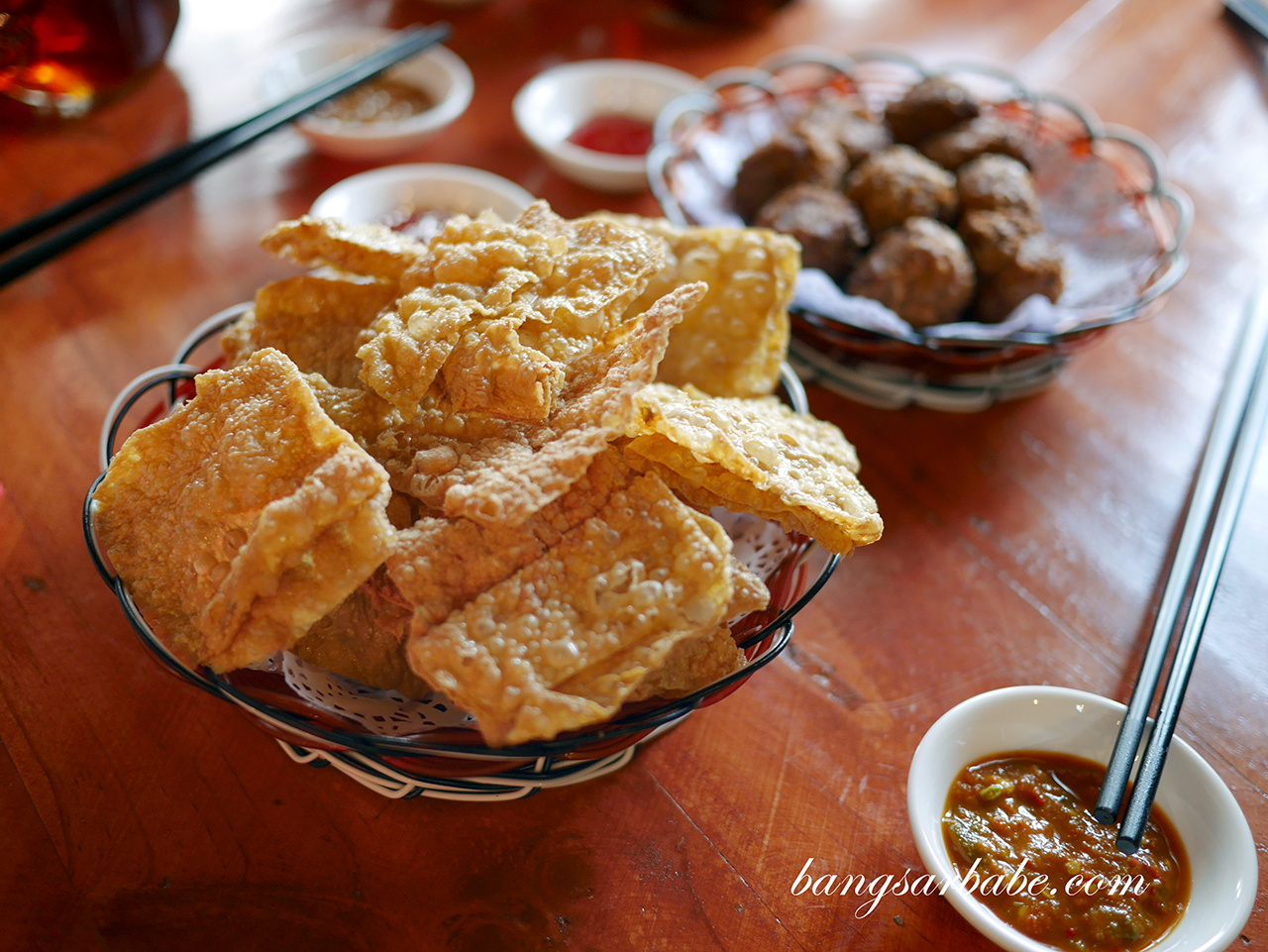 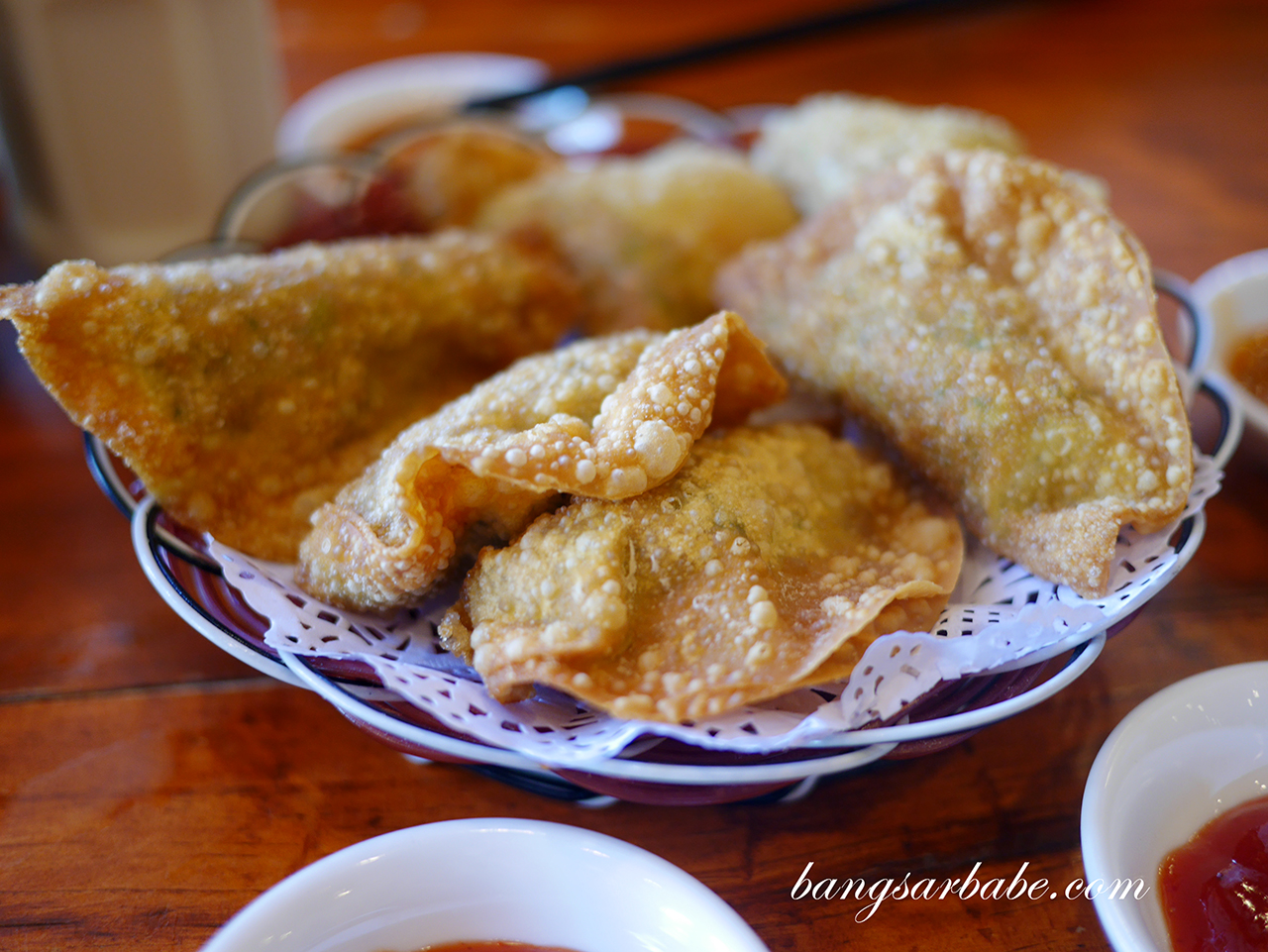 The fu chuk (RM5.90) was alright and I found the fried sui kow (RM11.80) tasty and quite generously filled. One of their best-sellers include the Crab Joe (RM11.50), which combines a mix of crab and minced pork in bite size morsels. This was decent, especially when eaten with chilli dipping sauce. 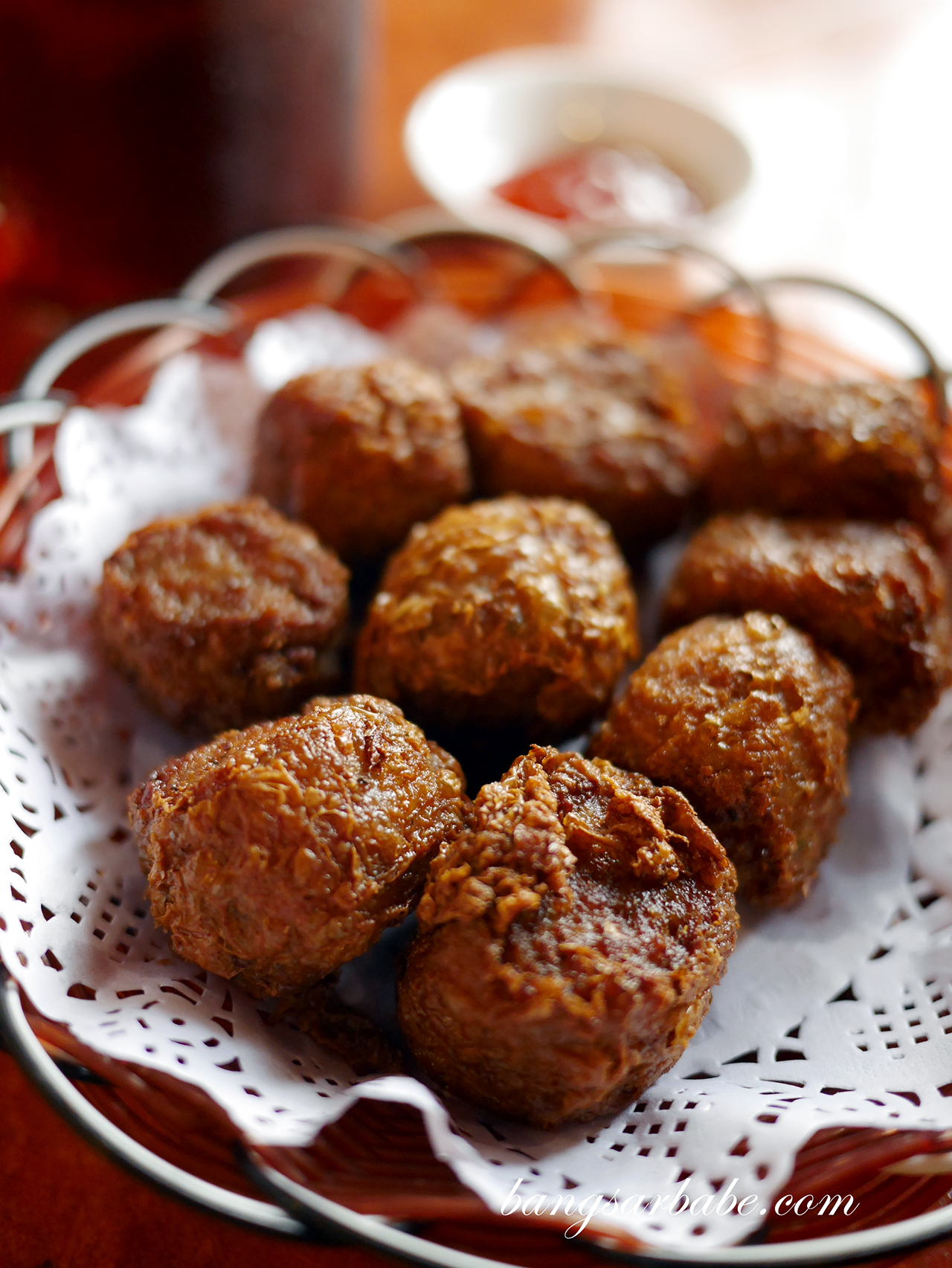 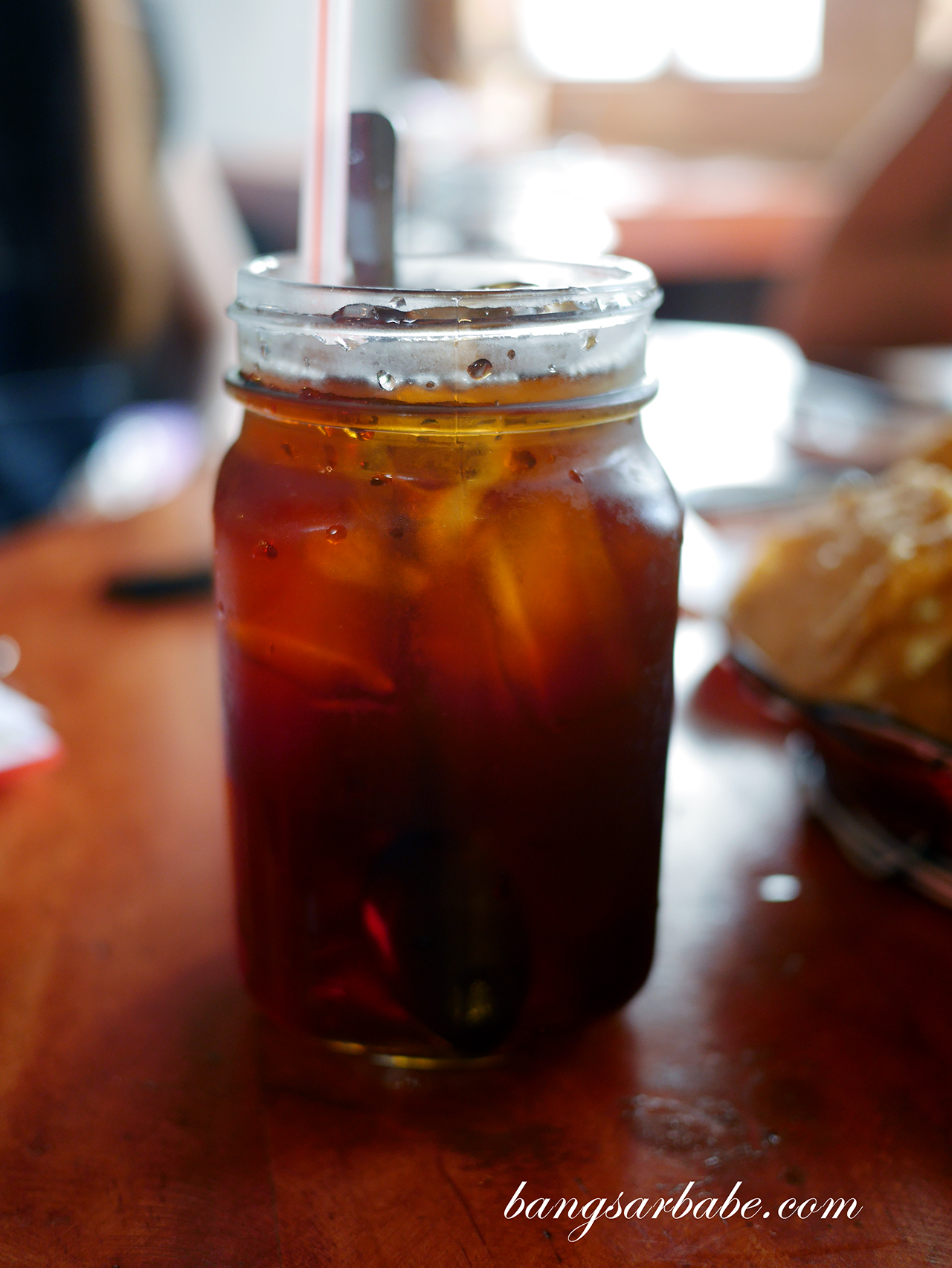 Service needs a bit of work at the KL branch as the staff kept getting our orders mixed up. Since this is their latest outlet, I reckon it’s a teething issue so do give them time to improve. As for Yu Noodle in Kuchai Lama, service was better but I was rather  disappointed with the rationing of the beef in my tom yum noodles.

Ambiance: 6/10
Price: 6.5/10
Food: 6/10 (non-halal)
Verdict: Decent noodles, but you will need to add rice wine to allow the flavours to come through for the traditional soup. 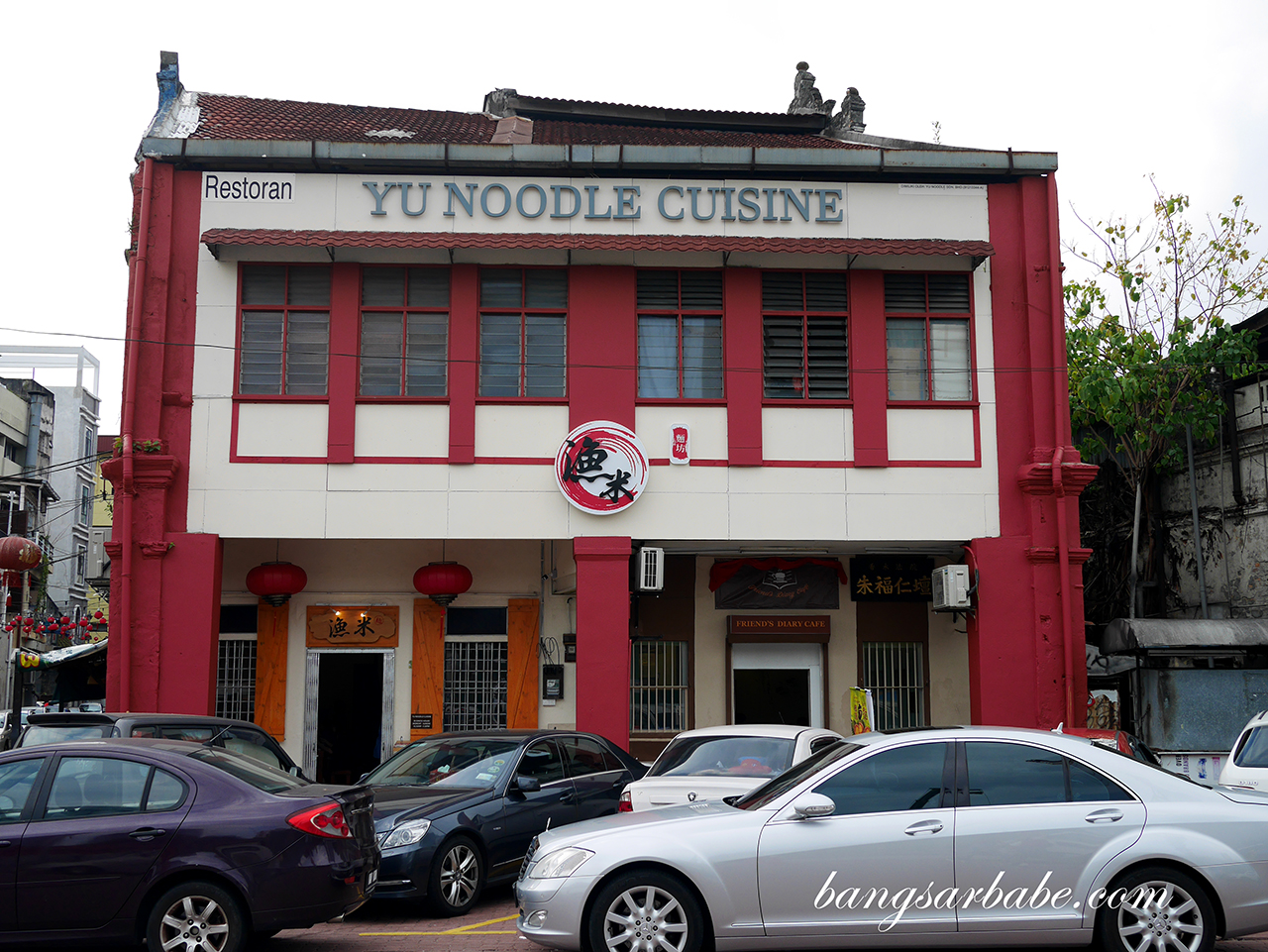