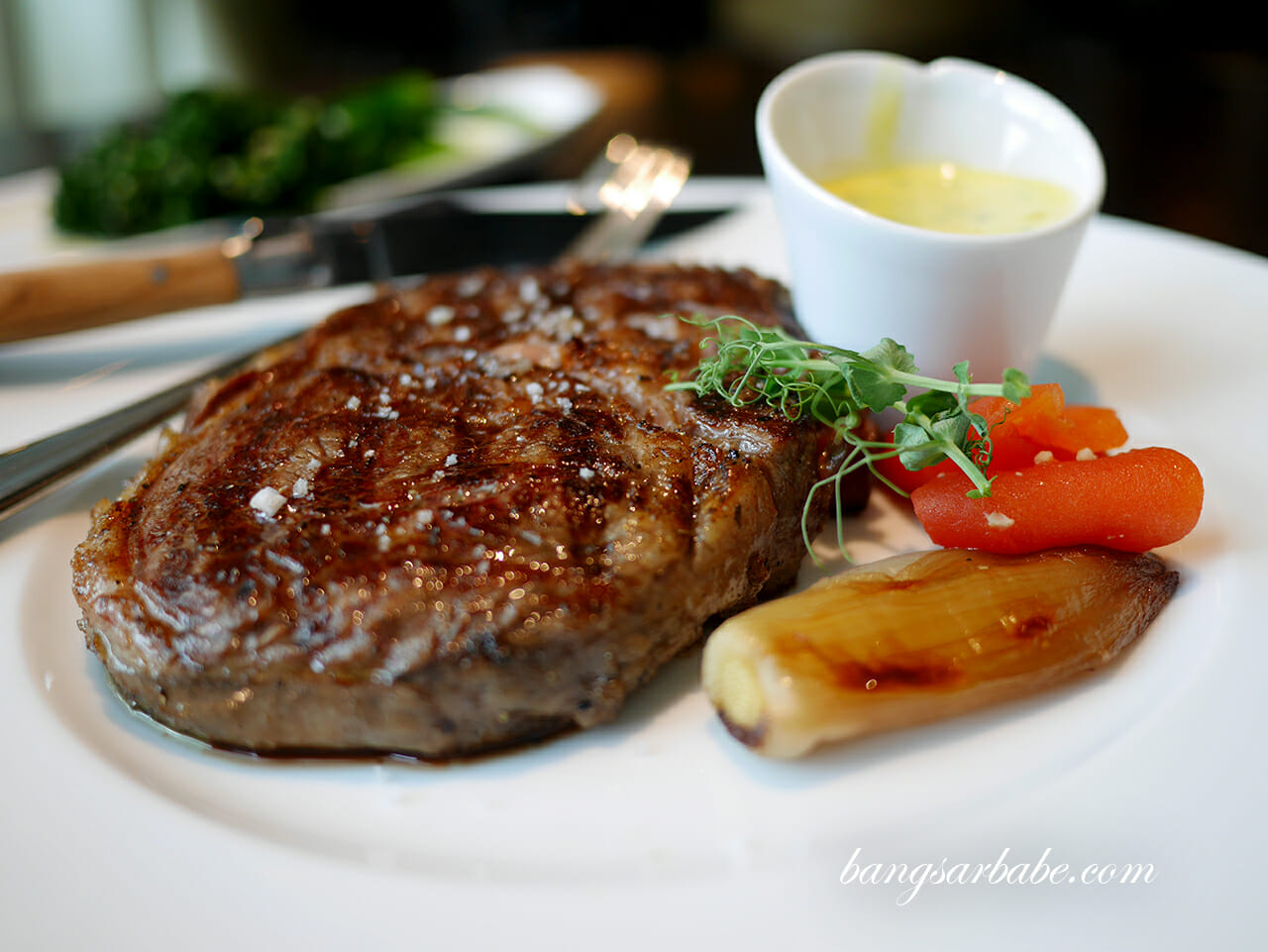 I like the look and feel of The Brasserie at The St. Regis Kuala Lumpur, where the high ceilings and plush furnishing oozes modern sophistication. This has been on my list of restaurants to try when my partner in crime is in town, and we did – slightly over a week ago. 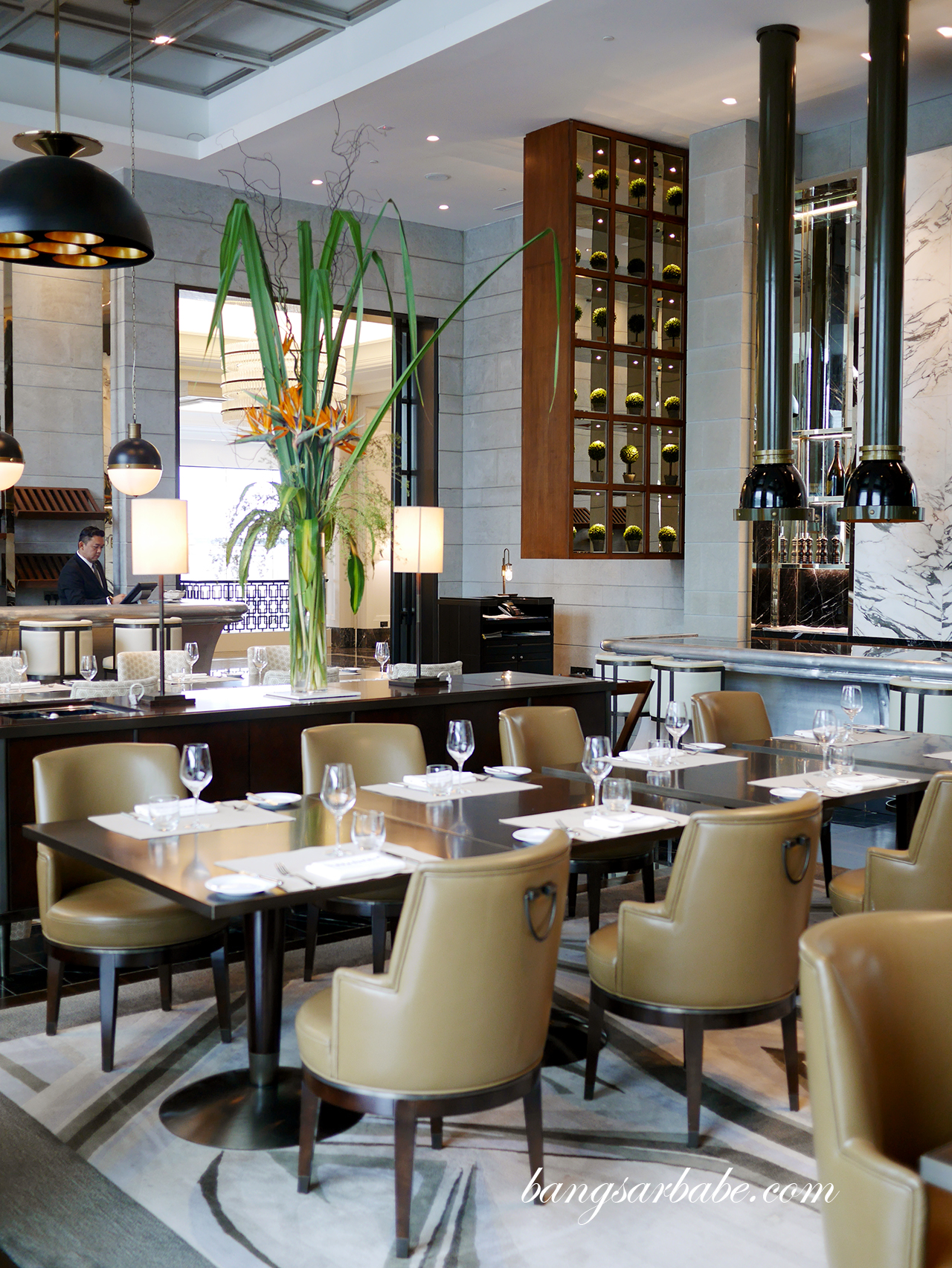 Though the hotel has been open for about 4 months, teething issues are still apparent in terms of service. At least, that was what I felt and experienced when I was there. For a property under the St. Regis portfolio, I expected more. 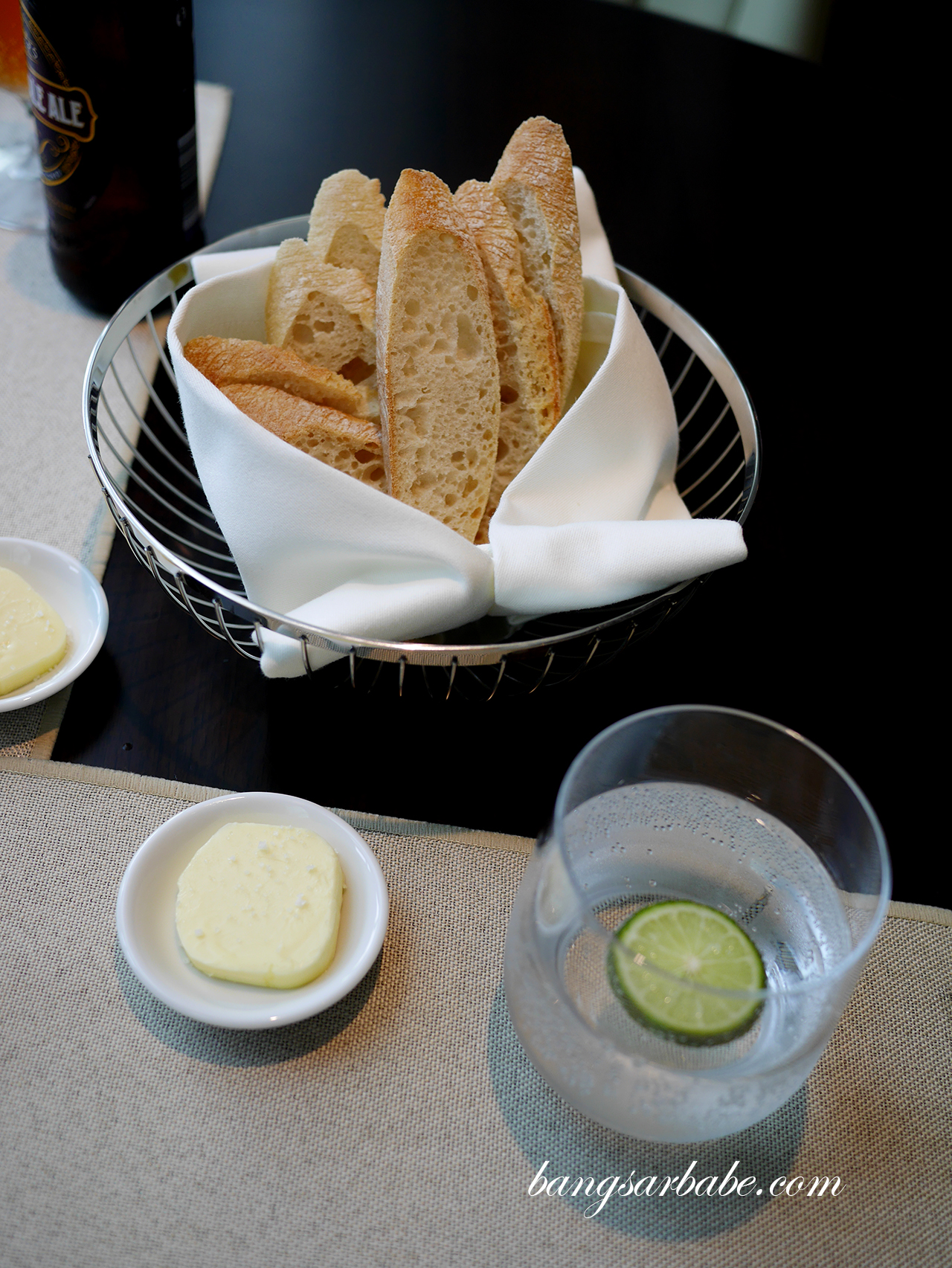 Some bread to start. Lovely butter, though I wished they gave a more substantial portion (a half loaf would have been better).

Service was not terrible but neither were the staff attentive. Water refills needed several reminders and our meal requirements were not properly taken note of. We were sharing our food and asked for the pasta to arrive first, and then our steak. 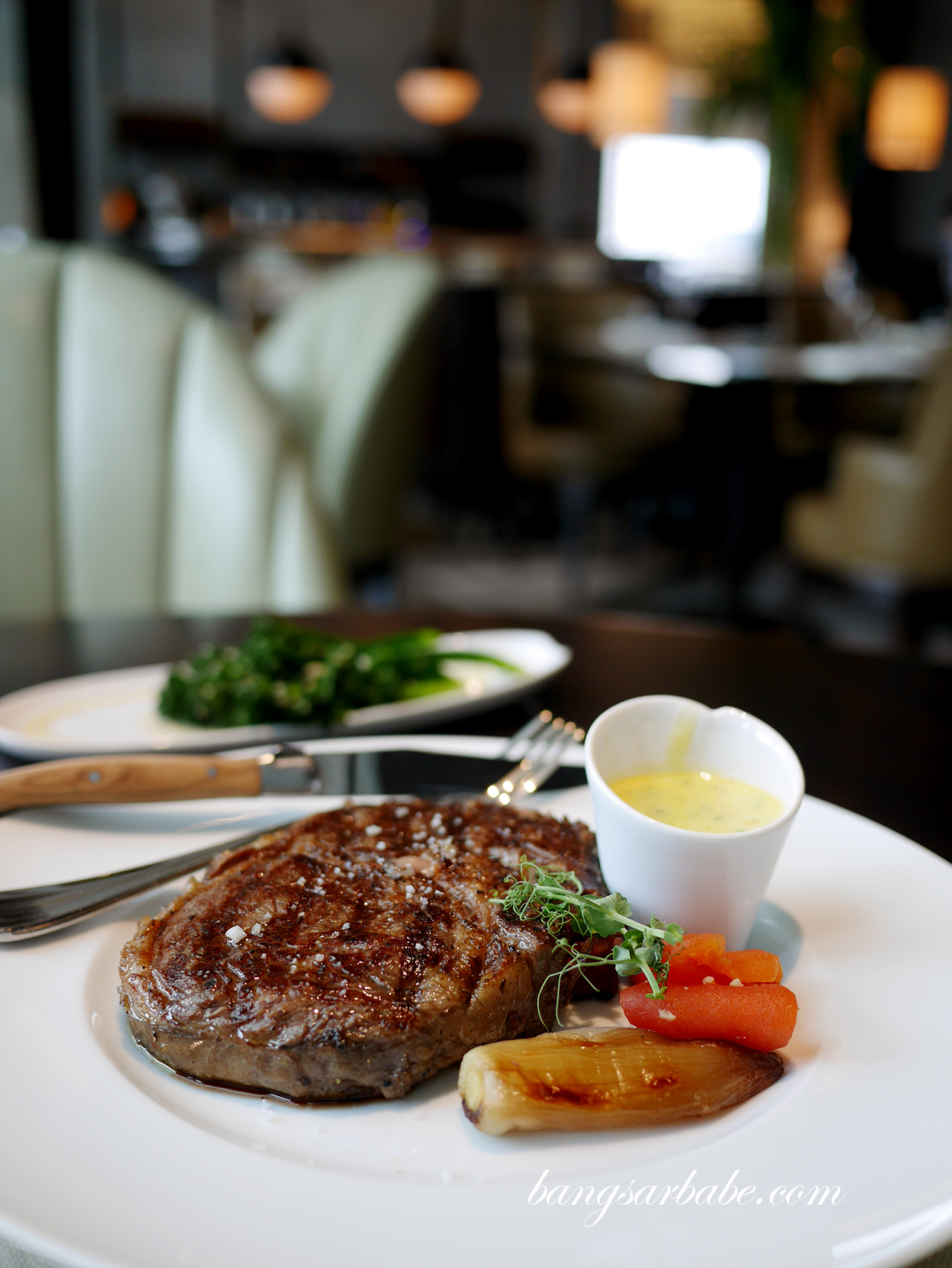 We did the latter. 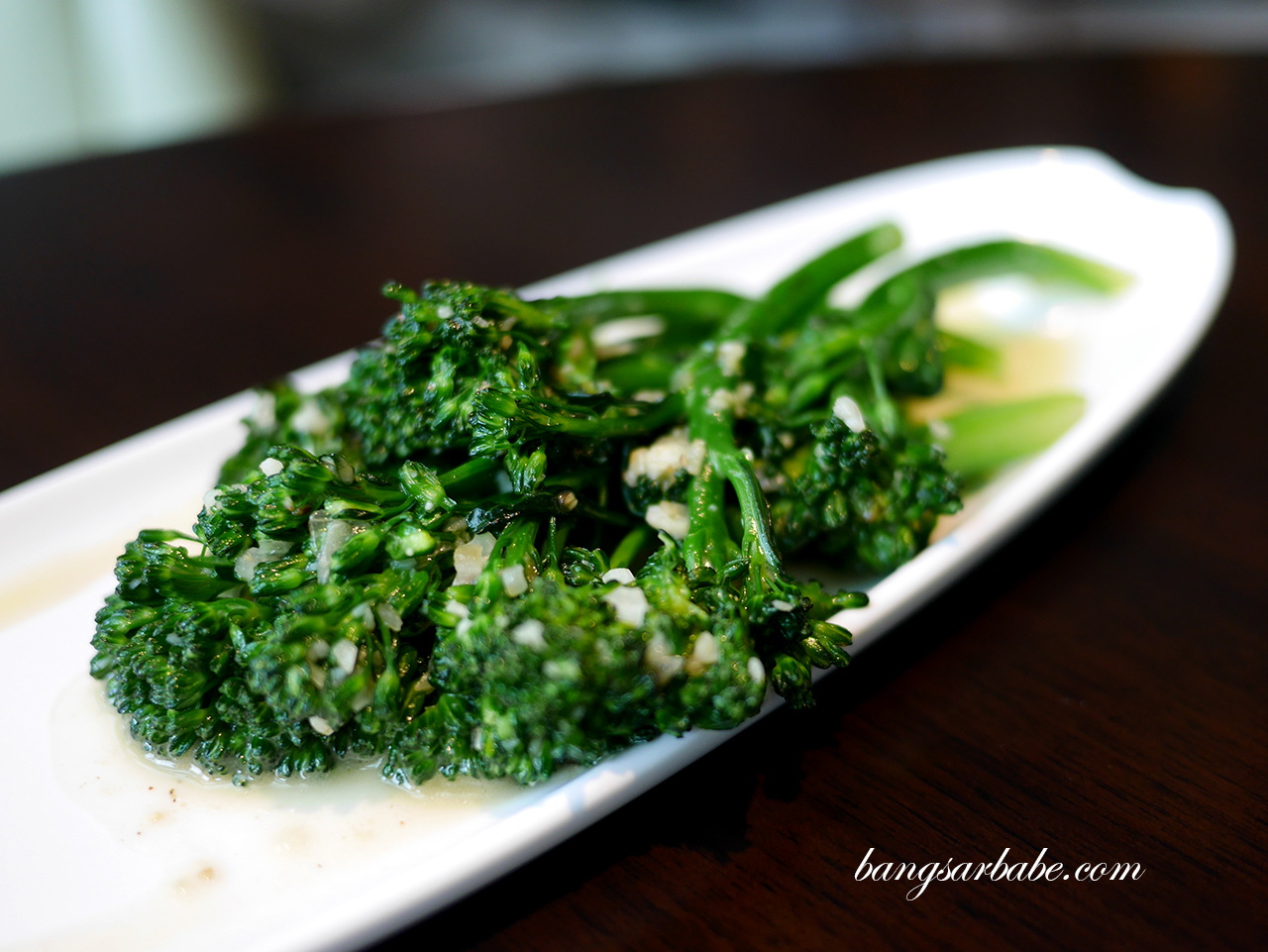 But that meant our medium rare 300gm 120 days Grass Fed Angus Rib Eye (RM207) wouldn’t be at its optimum. Some of the precious juices would have left the meat during the process of “sitting there” and the aroma of charred edges and sizzling fat would have been lost by the time we attempted at this after our pasta. 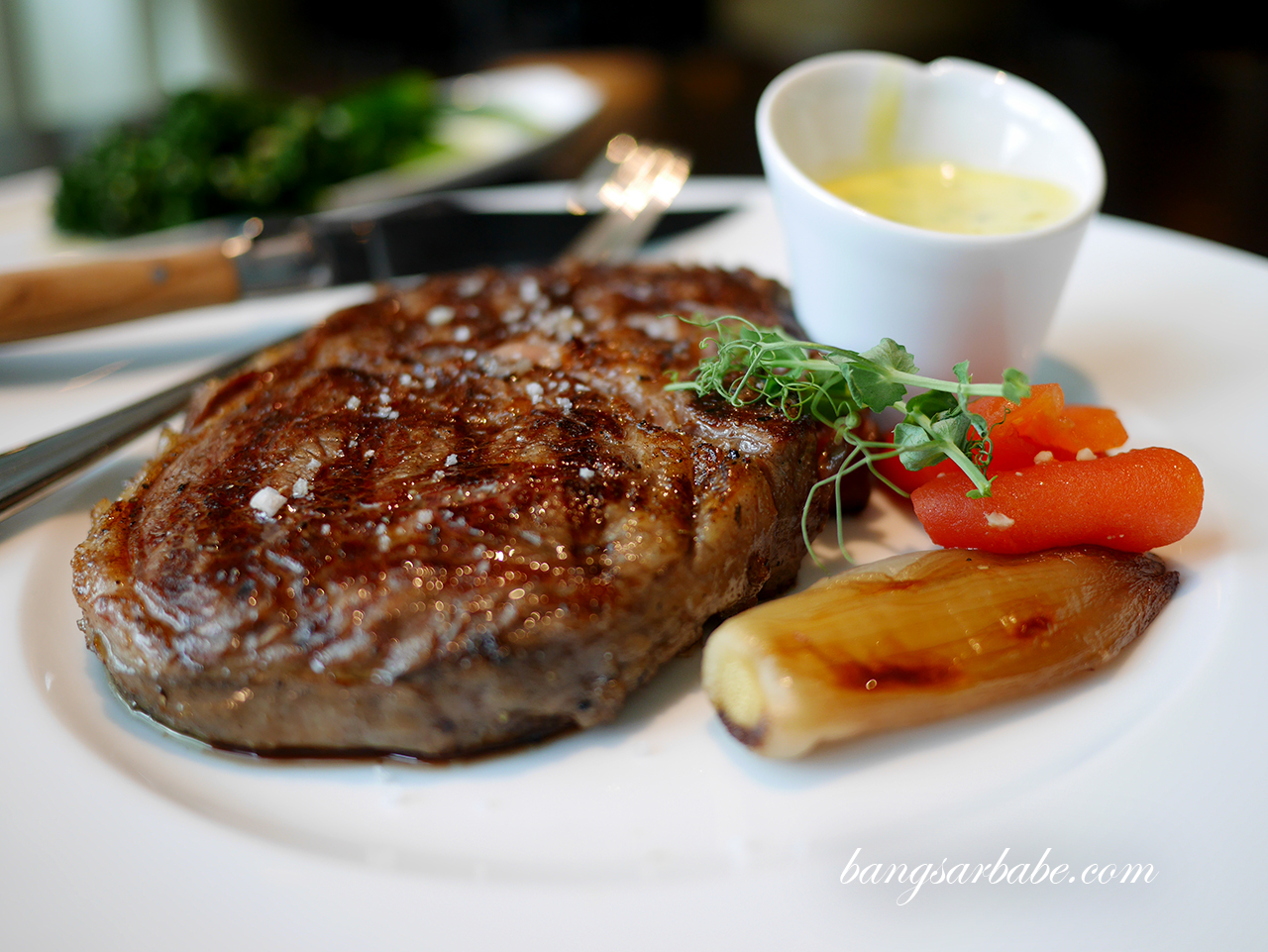 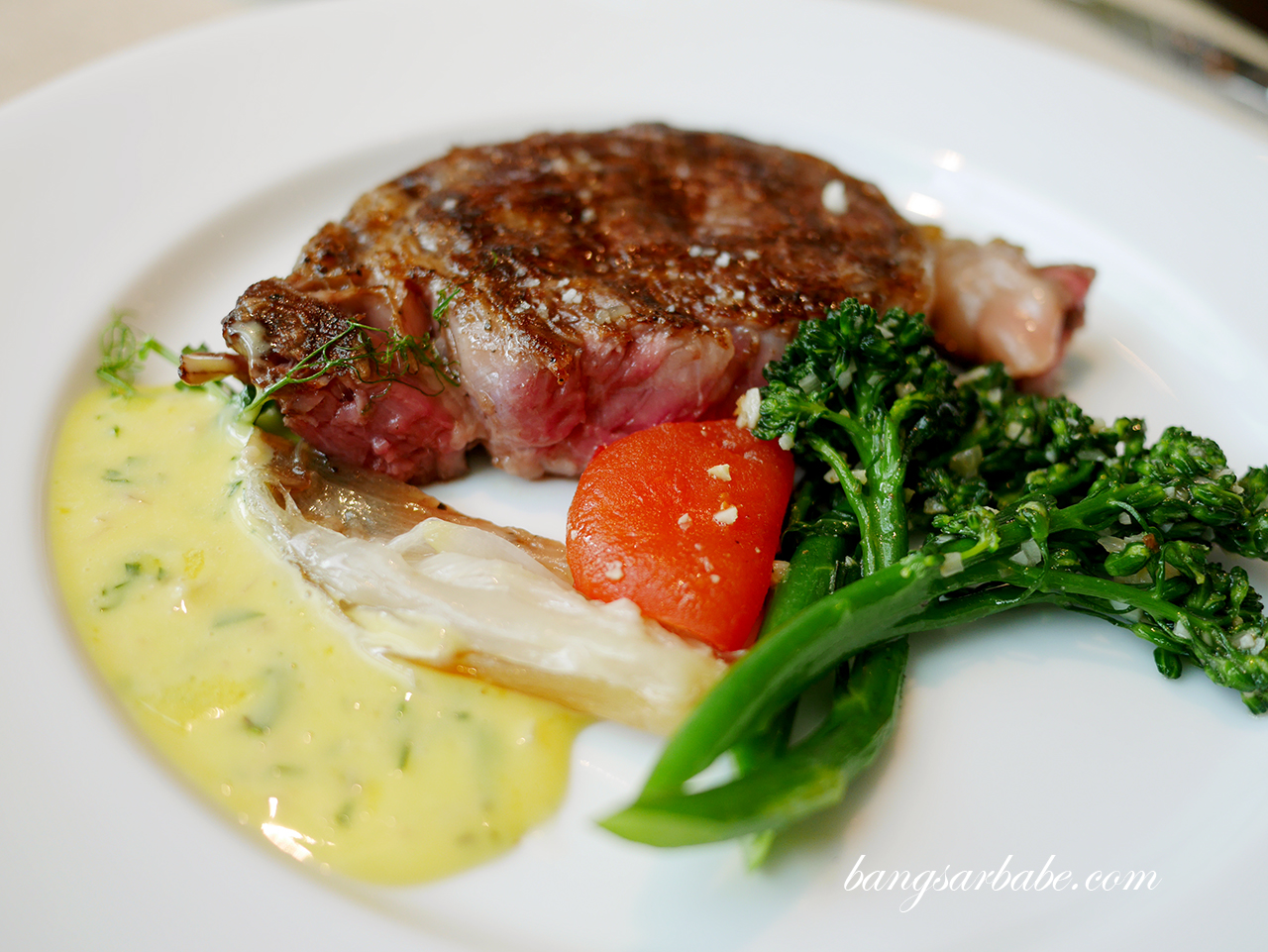 The sides were crusty, and I thought the meat was tender and still quite juicy. Flavour was good enough to eat on its own, but you can of course enjoy it with the Béarnaise sauce provided. While the ribeye was still tasty, I was disappointed because I know it would have been better. 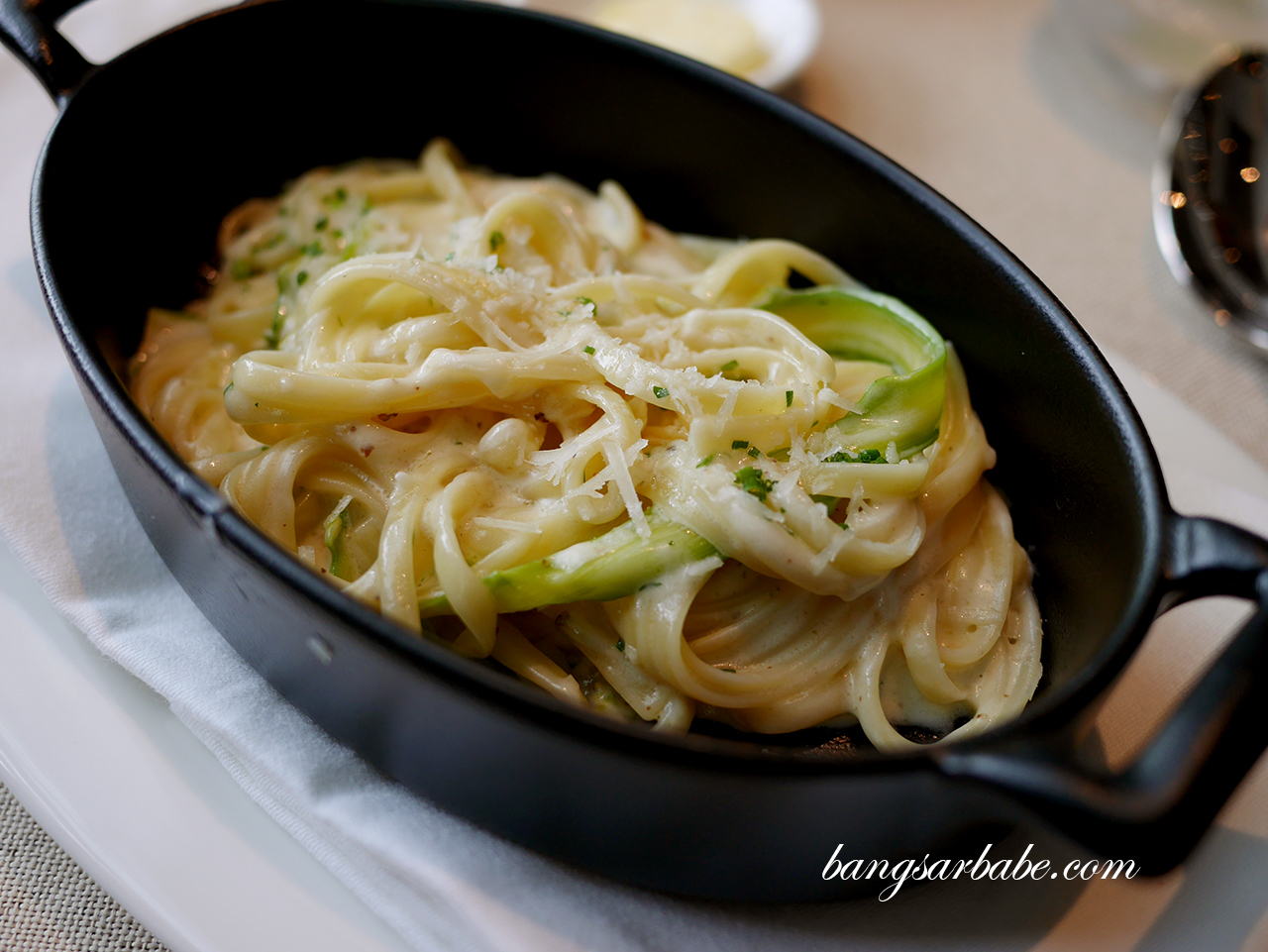 I rather enjoyed the Shaved Asparagus Linguine (RM133 – full portion). The pasta was done al dente and the asparagus were tender and further accentuated with cream and parmesan. It can be a bit heavy for some so if you’re a light eater, there’s an entrée portion for RM69. 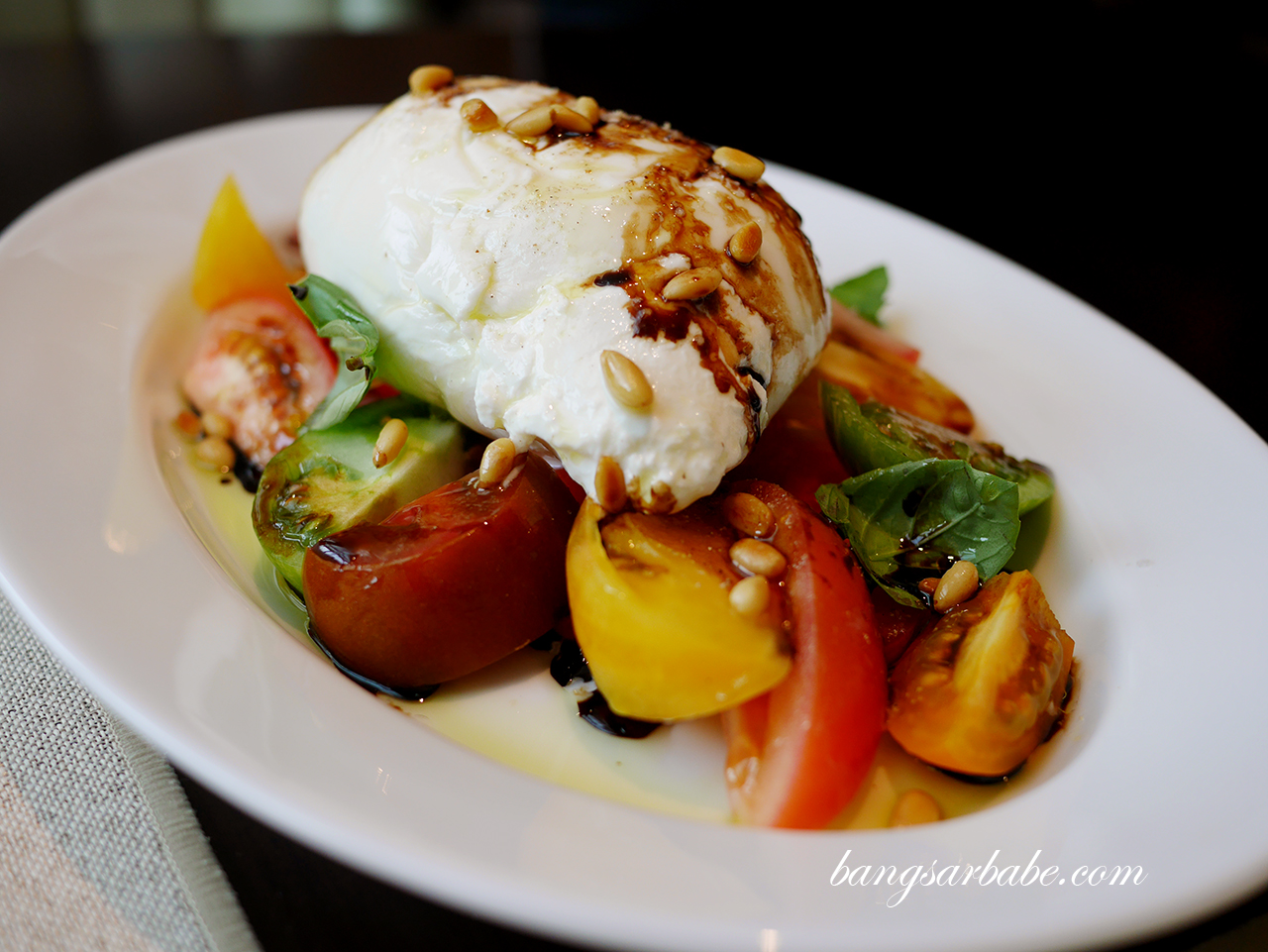 We ordered the Heirloom Tomato and 250gm Cream Burrata (RM238) to share the minute we spotted it in the menu; we’re both suckers for melt-in-your-mouth cheese. Simple, but clearly a crowd favourite as the tables around us ordered that too. This comes with drizzles of olive oil and 12-year aged balsamic vinegar. The wonderful creaminess of this cheese reaches its peak at the centre where some sea salt would have helps since it is a really large burrata. ;) 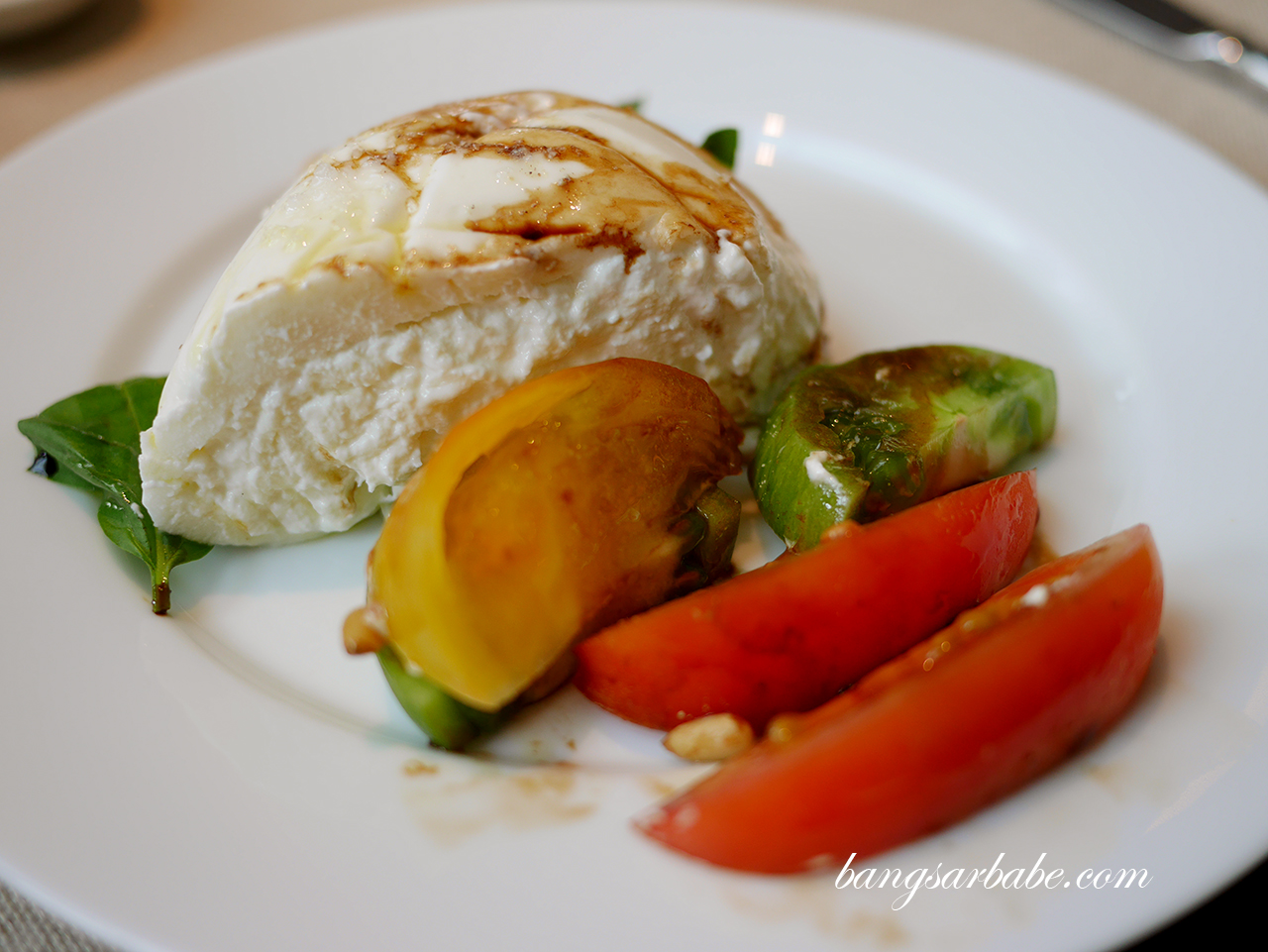 I can’t quite remember the dessert we shared but it was some kind of honey chocolate roll with a scoop of ice cream on top. This was a tad sweet for my liking, though I ordered it because the description sounded most interesting among the rest of the desserts in the menu. This was on the house though I’m unsure why. 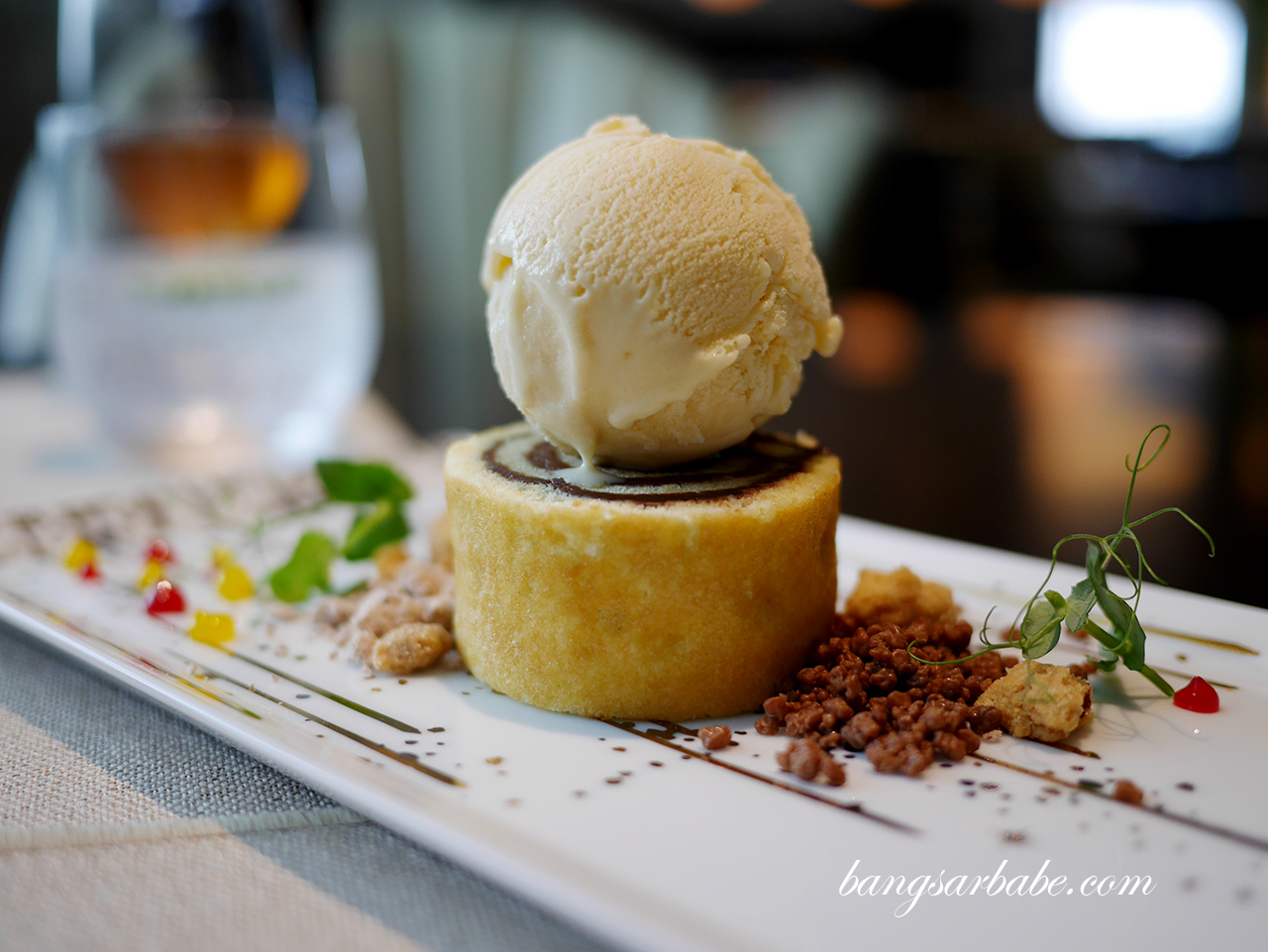 All in, I thought lunch was pleasant though service needs to be kicked up a few notches. Again, new property so I guess they need time to sort out the kinks. I wish I could give them a better food score but the timing of the steak caused them a half point. Our bill came up to about RM700 — mainly why I was disappointed with the service.