The name Meng Kee carries a lot of weightage when it comes to char siew – I would expect the char siew to be one of the best in town. When I tried Meng Kee Char Siew in Happy Garden, I was disappointed. While the char siew wasn’t terrible, it wasn’t the usual standard I was used to from the Meng Kee branch in KL and Glenmarie.

We ordered a portion of char siew wantan mee (RM5.50 – small, RM6.50 – large) and despite my request for half lean half fat, the char siew was lean and bordering on the hard side. The noodles were quite good though – springy and evenly coated with gravy and lard oil.

I was less impressed with the chicken hor fun (RM5.50) as it lacked sweetness and aroma which one would expect from the use of prawn head. I reckon there wasn’t enough prawns used, hence the muted flavour. The noodles didn’t have a smooth texture so it tasted like an ordinary kuay teow soup rather than kai si hor fun. 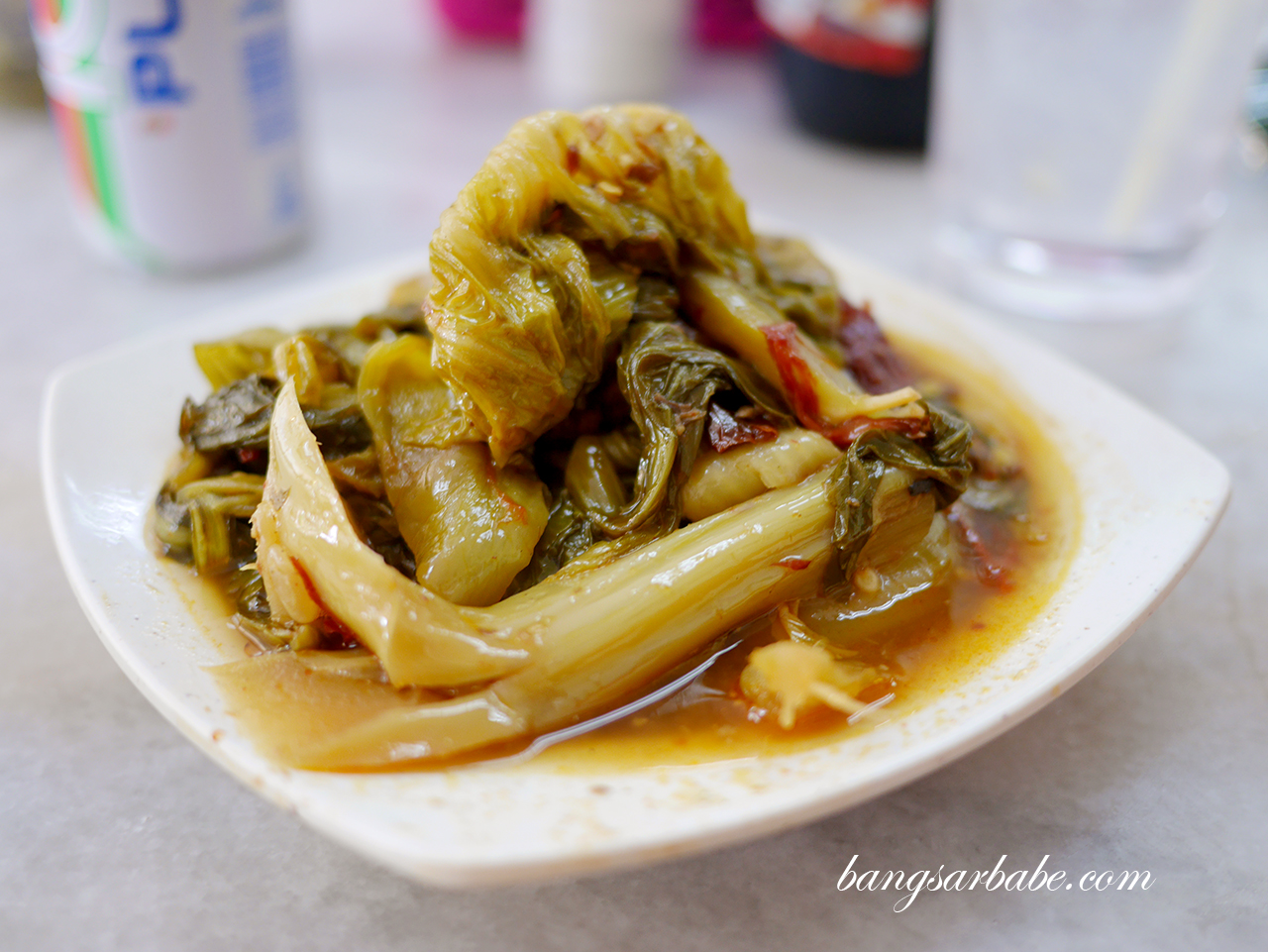 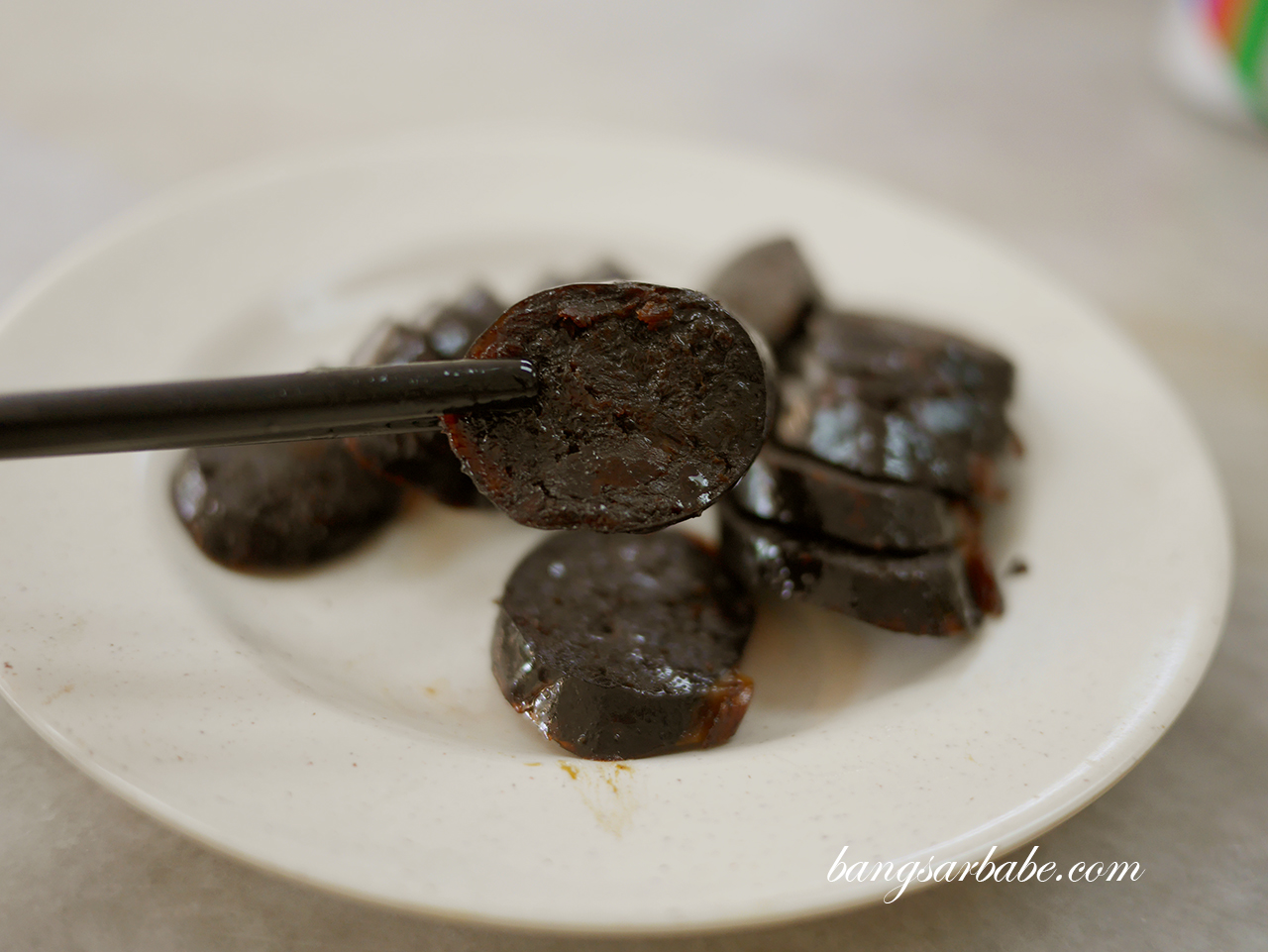 They serve hot and sour vegetable soup (RM6) here and I rather enjoyed this. While it could have been warmer (this was tepid), the soup was thick, spicy and sour. Just the way I like it. We also shared a portion of pork sausage which lacked flavour and fat. This was a tad dry too. 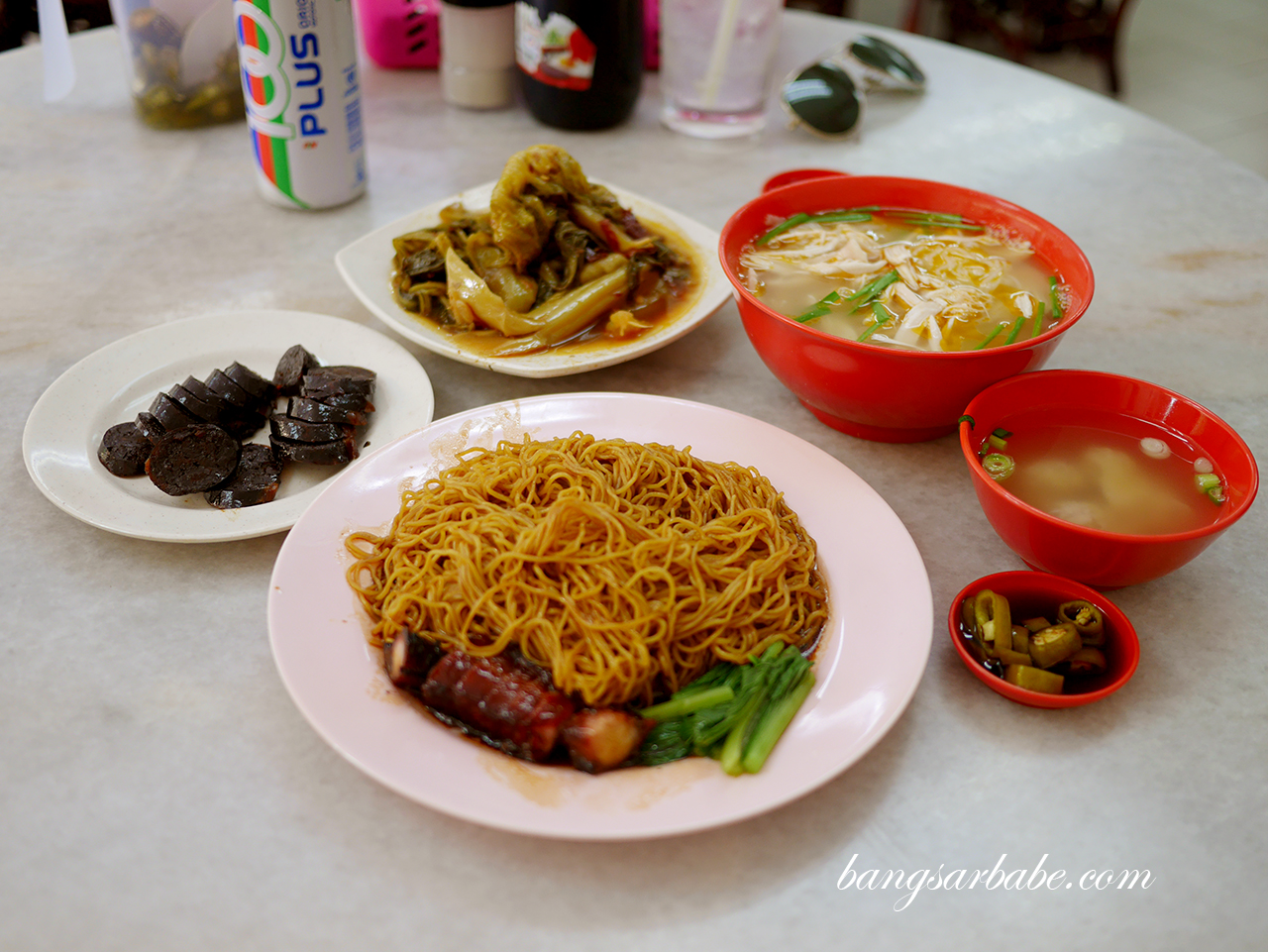 If it wasn’t for the name “Meng Kee”, I wouldn’t be that disappointed with my experience. If you’re ever there, skip the chicken hor fun. 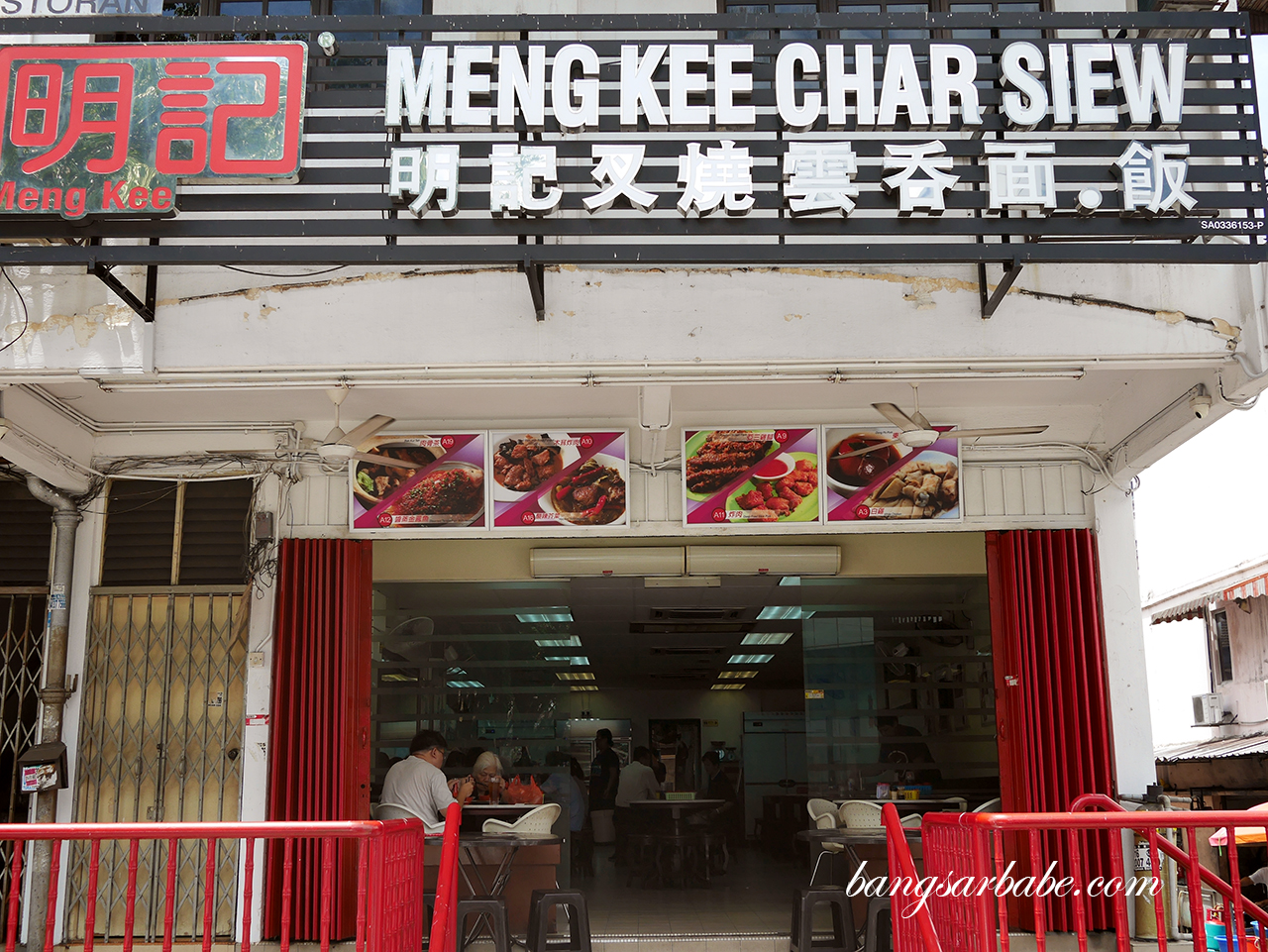