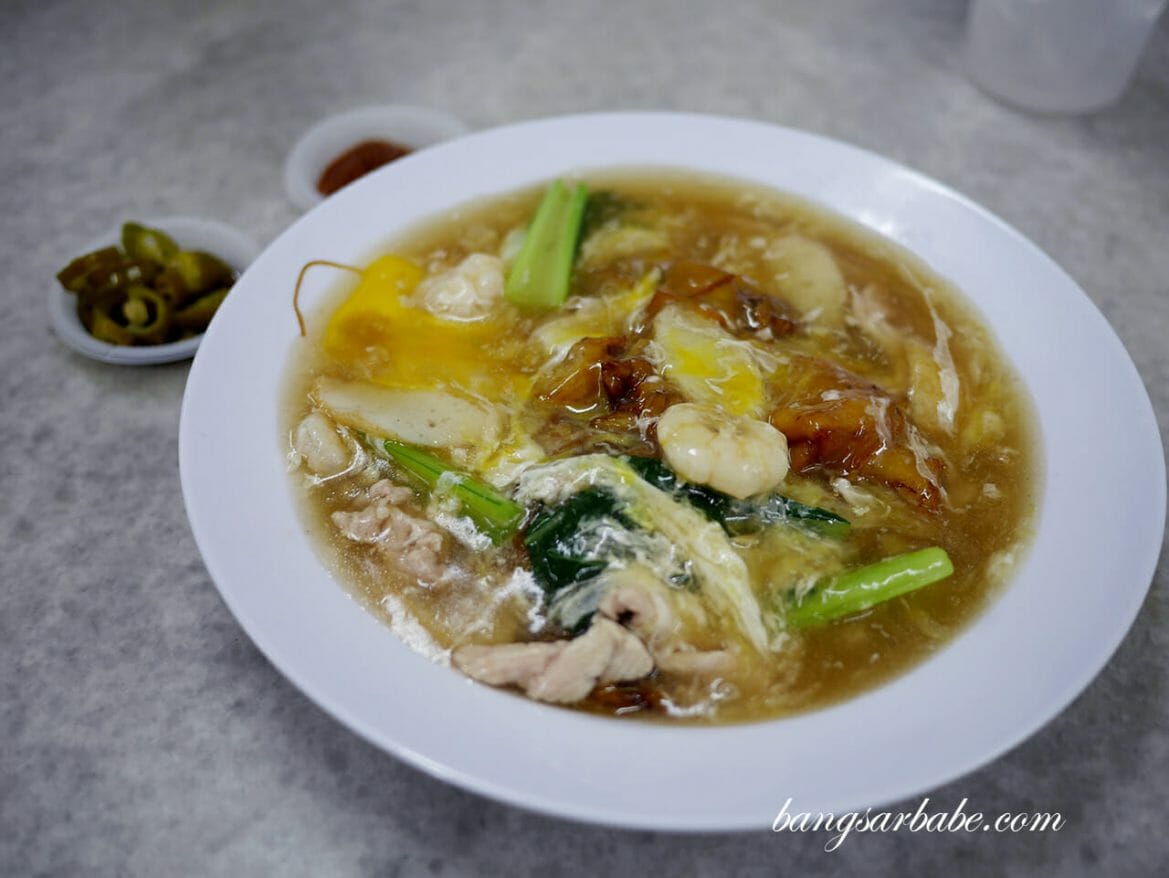 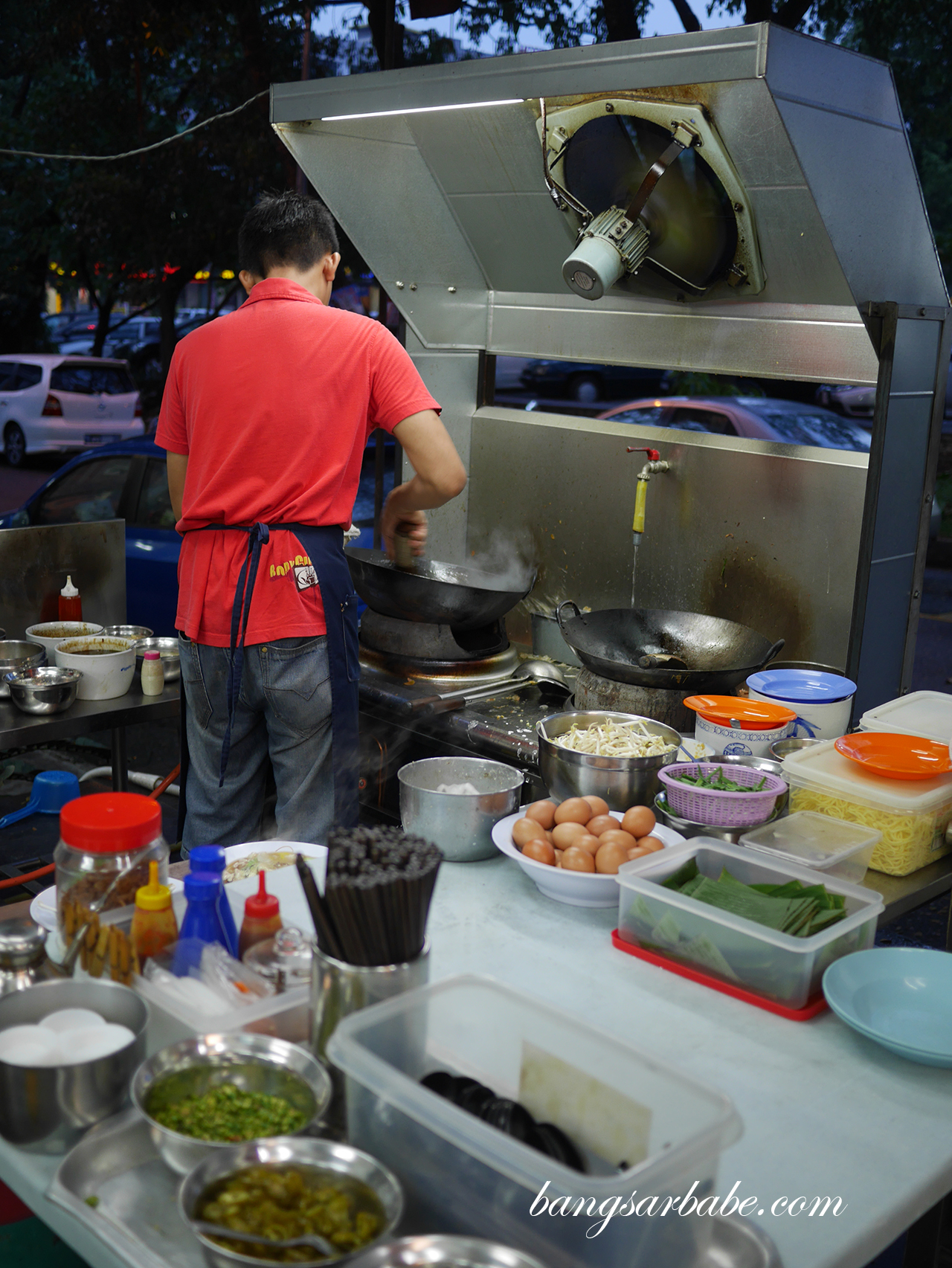 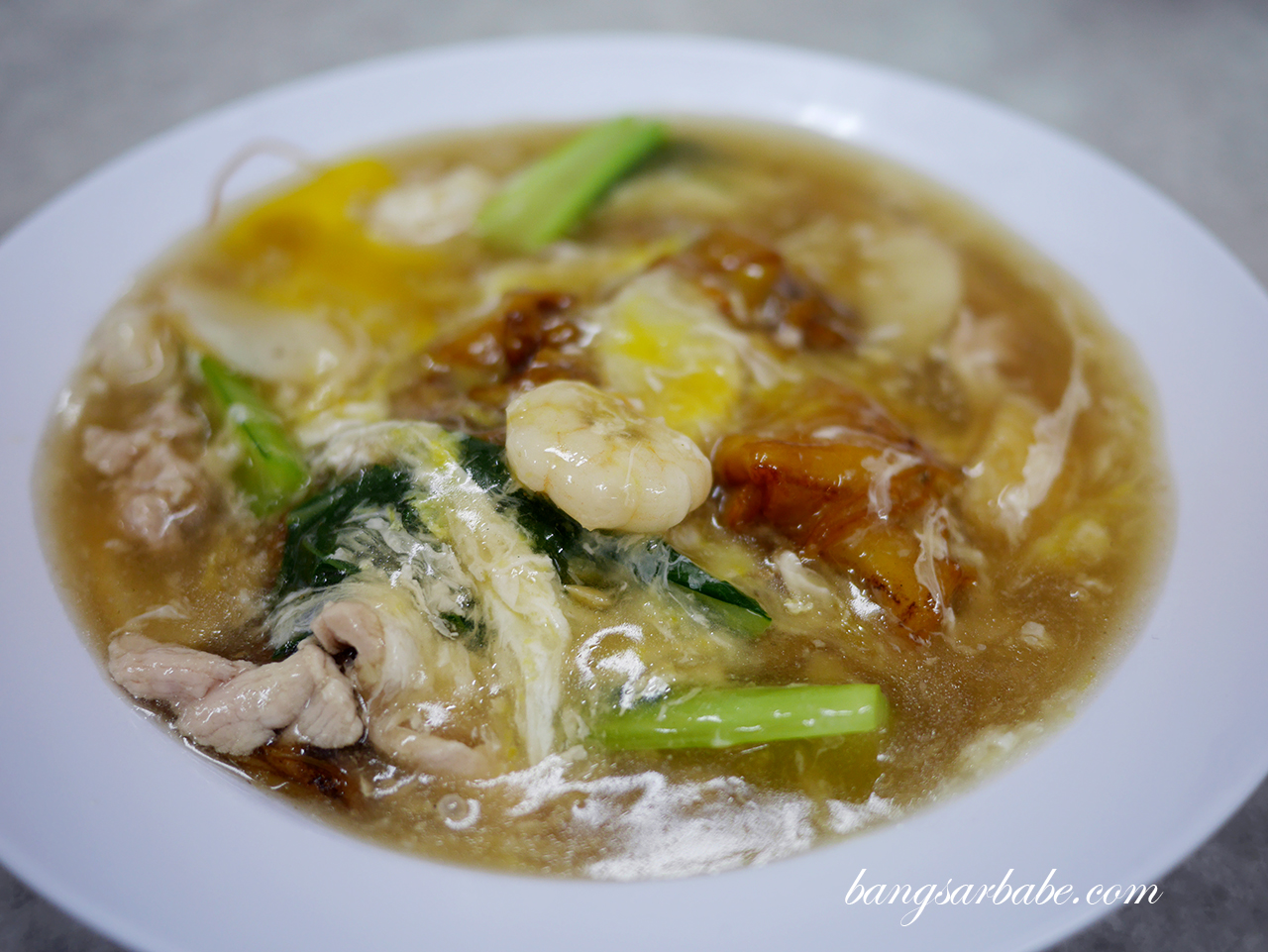 The stall is located in restaurant called Lucky Star and serves Penang favourites such as tua pan, char kuay teow, Hokkien char and fish meat bee hoon soup. I was told they only use “tua pan” noodles (the larger rice sheets) from Penang to ensure authenticity. The Penang tua pan (RM6.50) was pretty good, with a hint of wok hei and the sauce was light yet tasty. 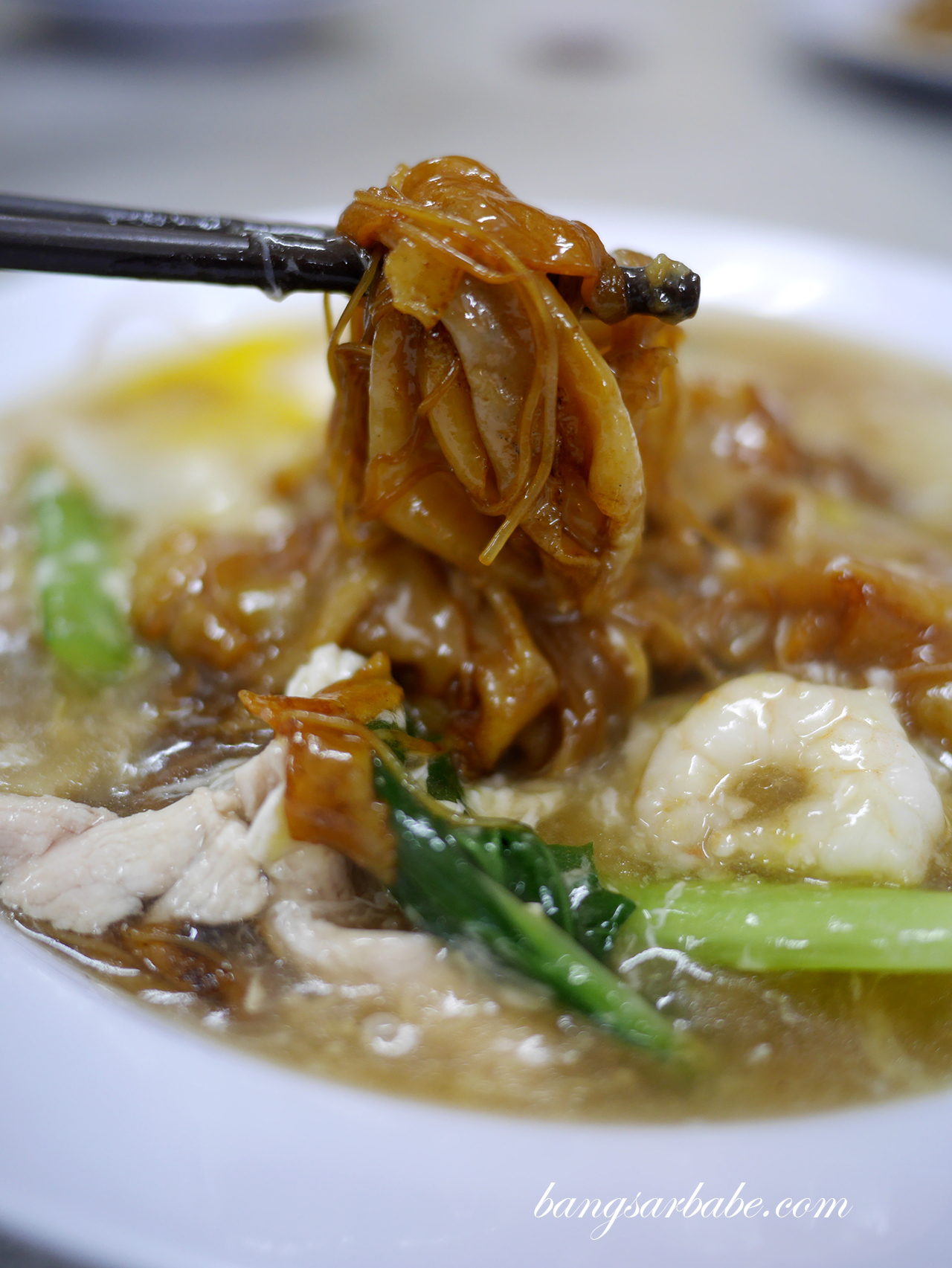 I ordered the Tua Pan, mixed with Mee Hoon 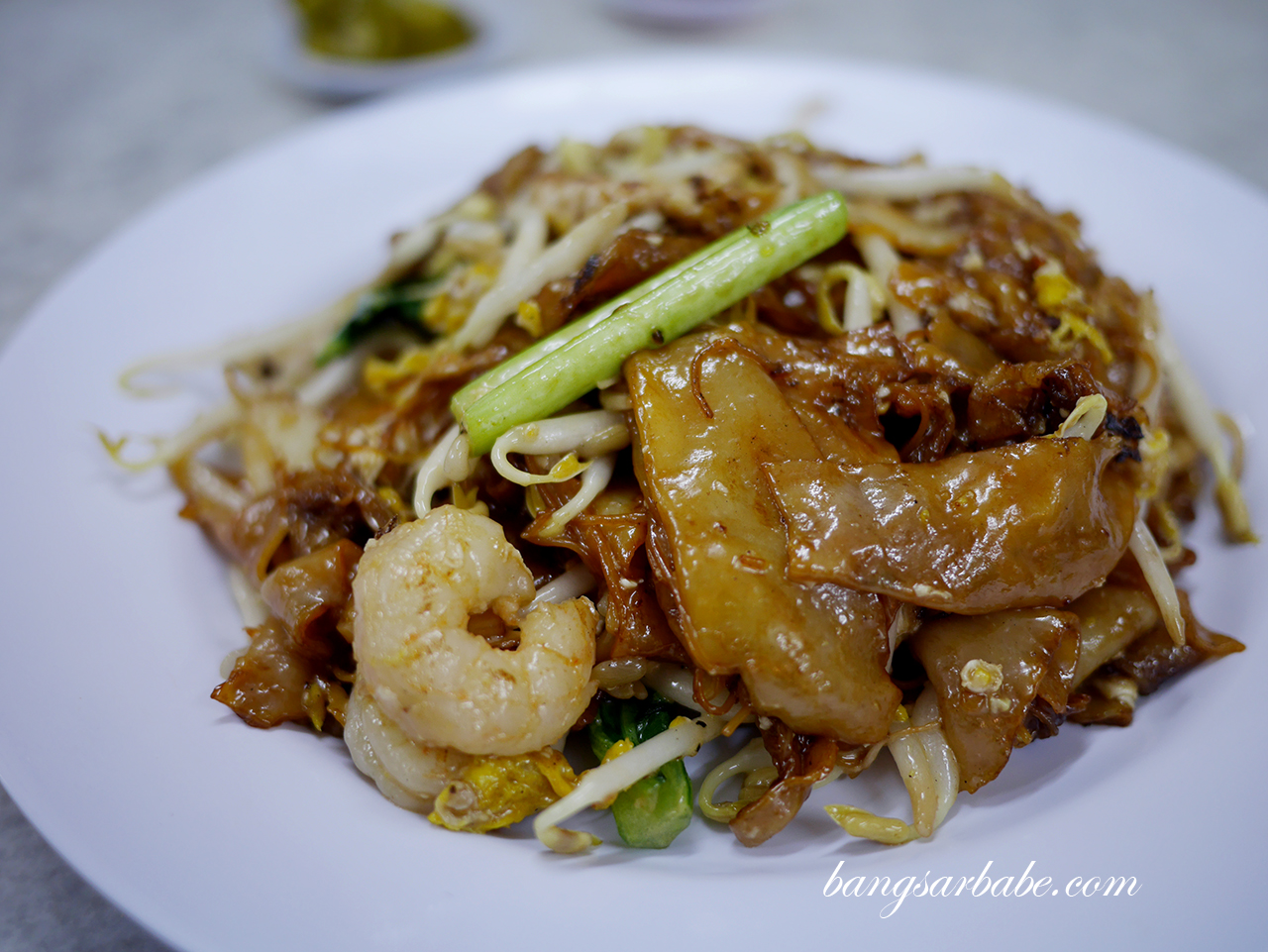 That said, I didn’t think it tasted exactly like the ones in Penang. The Penang version featured darker charred rice sheets which gave the dish more character, in my opinion. I’m not from Penang but I happen to love eating tua pan, so this is just my two cents worth. ;) 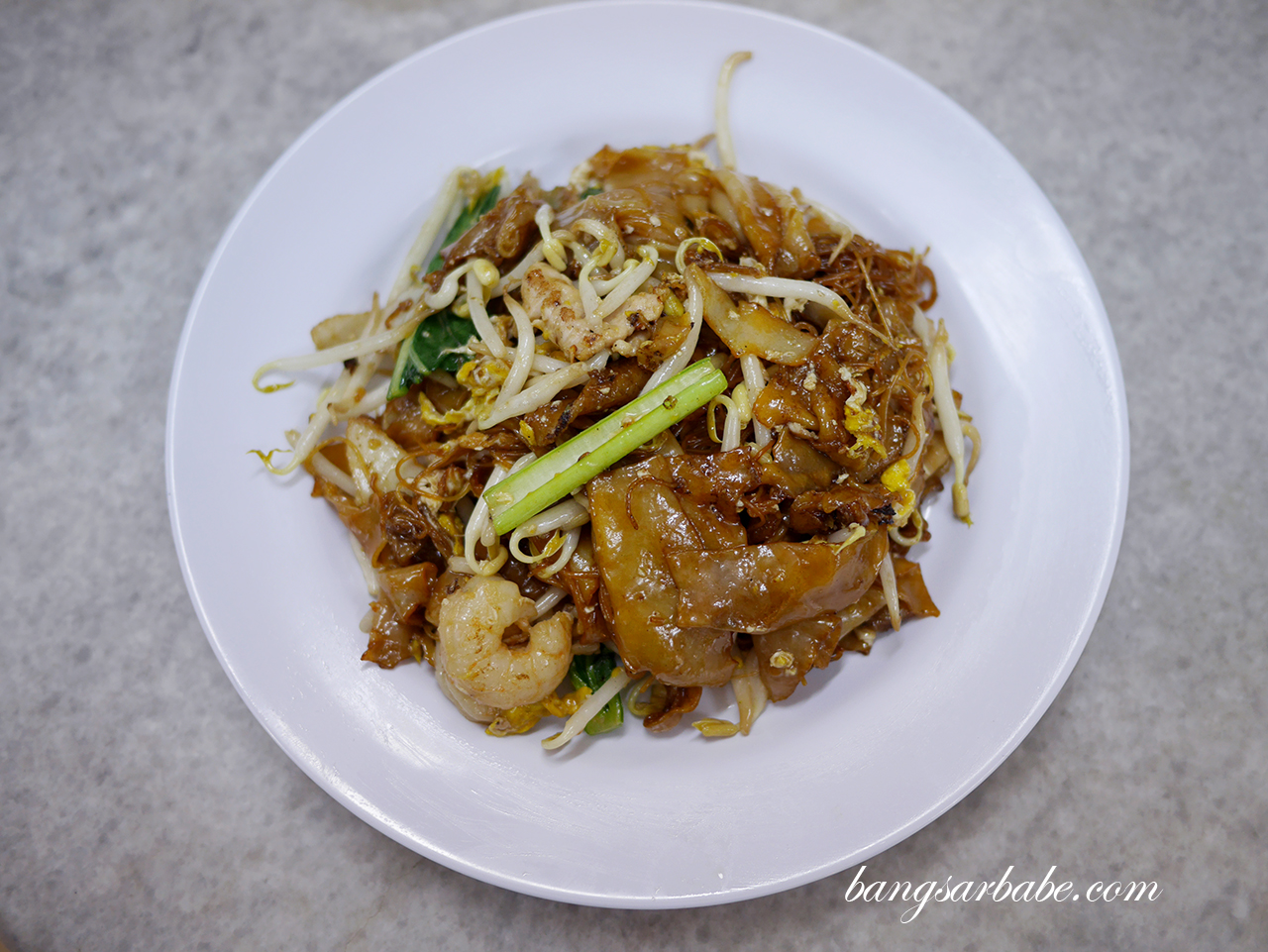 I liked the dry yin yong better (RM7) as it had a stronger dose of wok hei and the noodles were well seasoned. This was delicious especially with a dollop of their Penang sambal belacan, which was packed a punch. 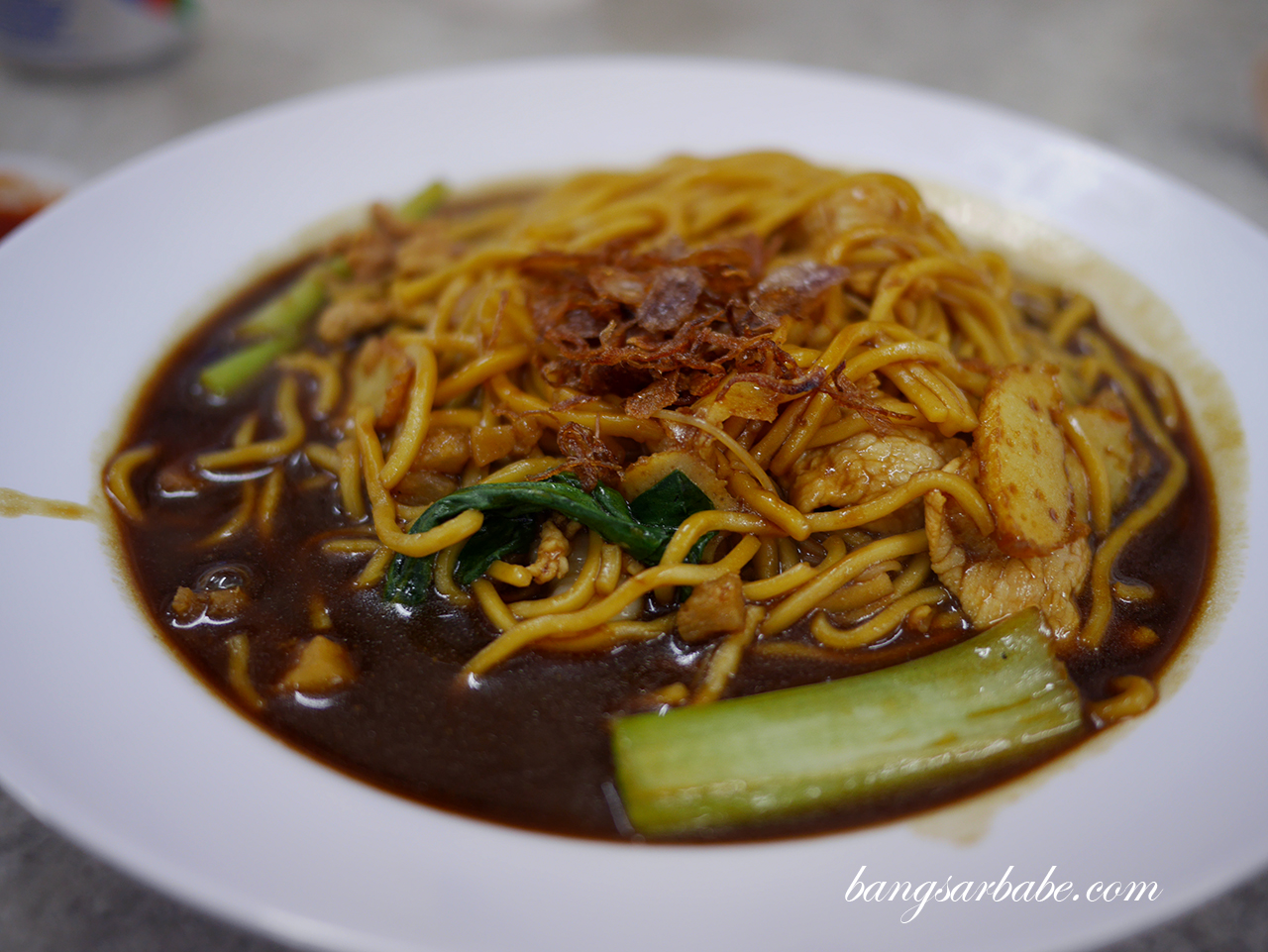 We also tried the Penang Hokkien Char (RM6.50) which was decent as well but not to my liking. The wok hei flavour wasn’t as apparent as the first two noodles, but I liked that the noodles had no alkaline taste or smell. 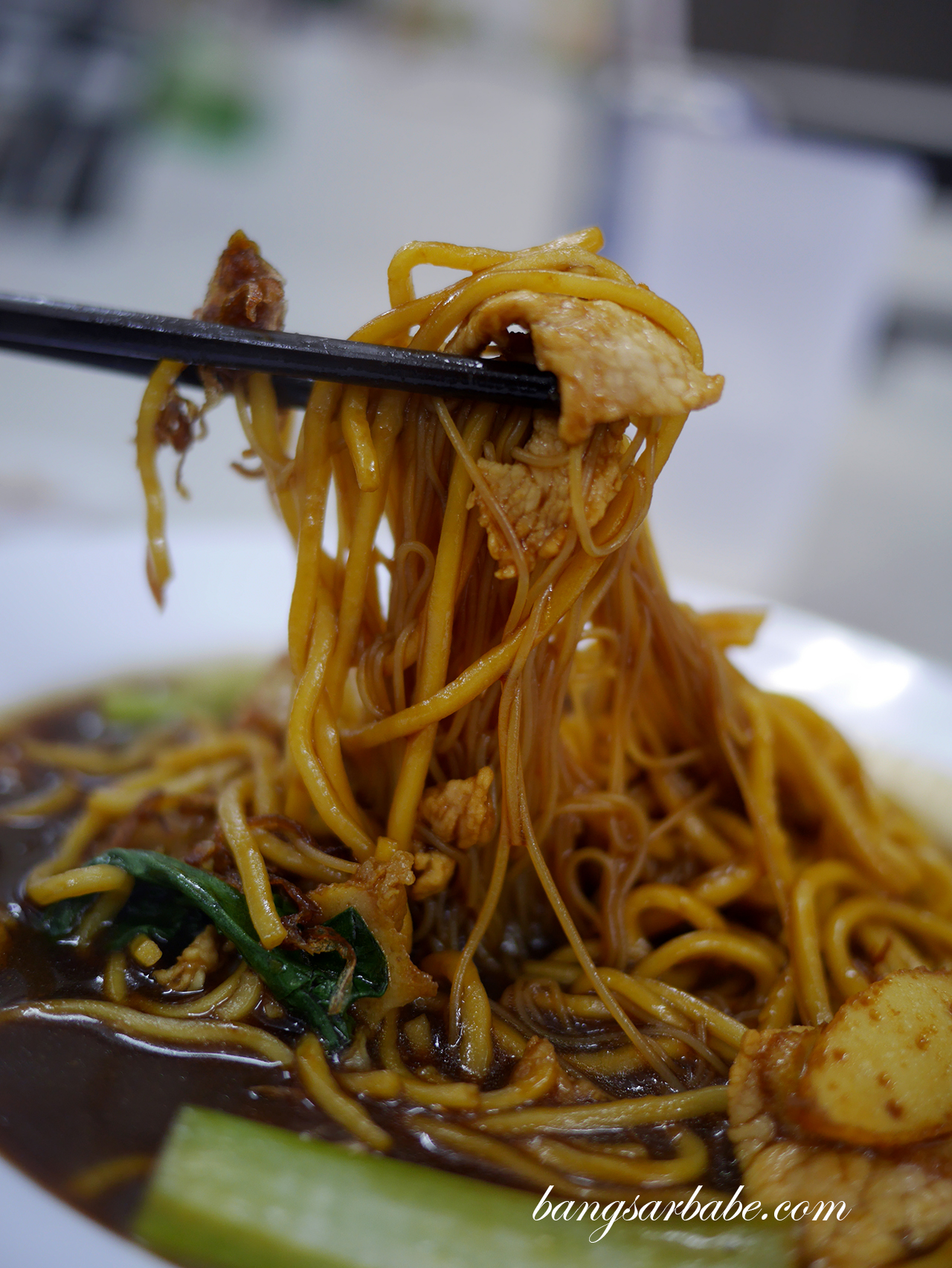 The noodles had no alkaline taste or smell 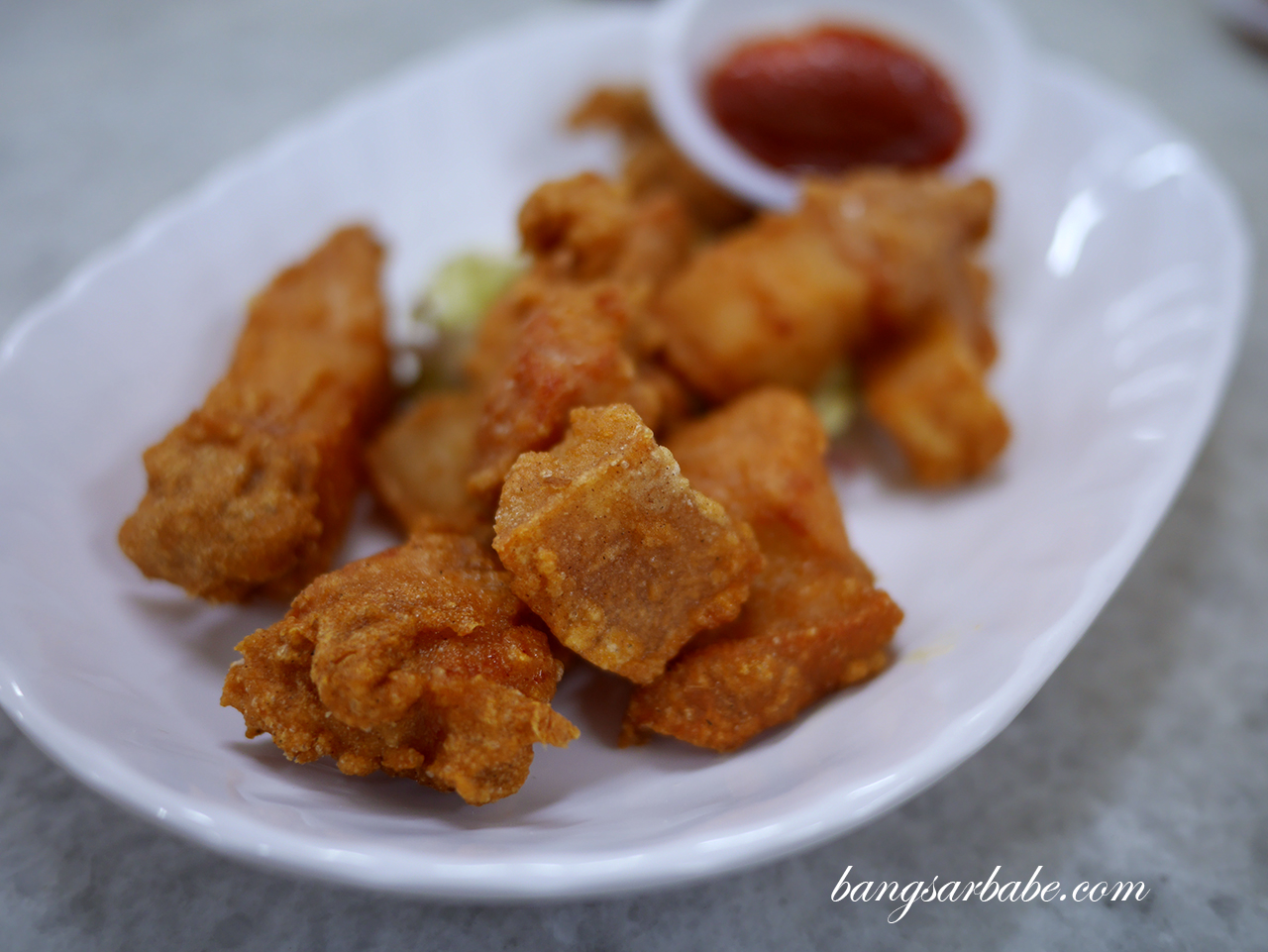 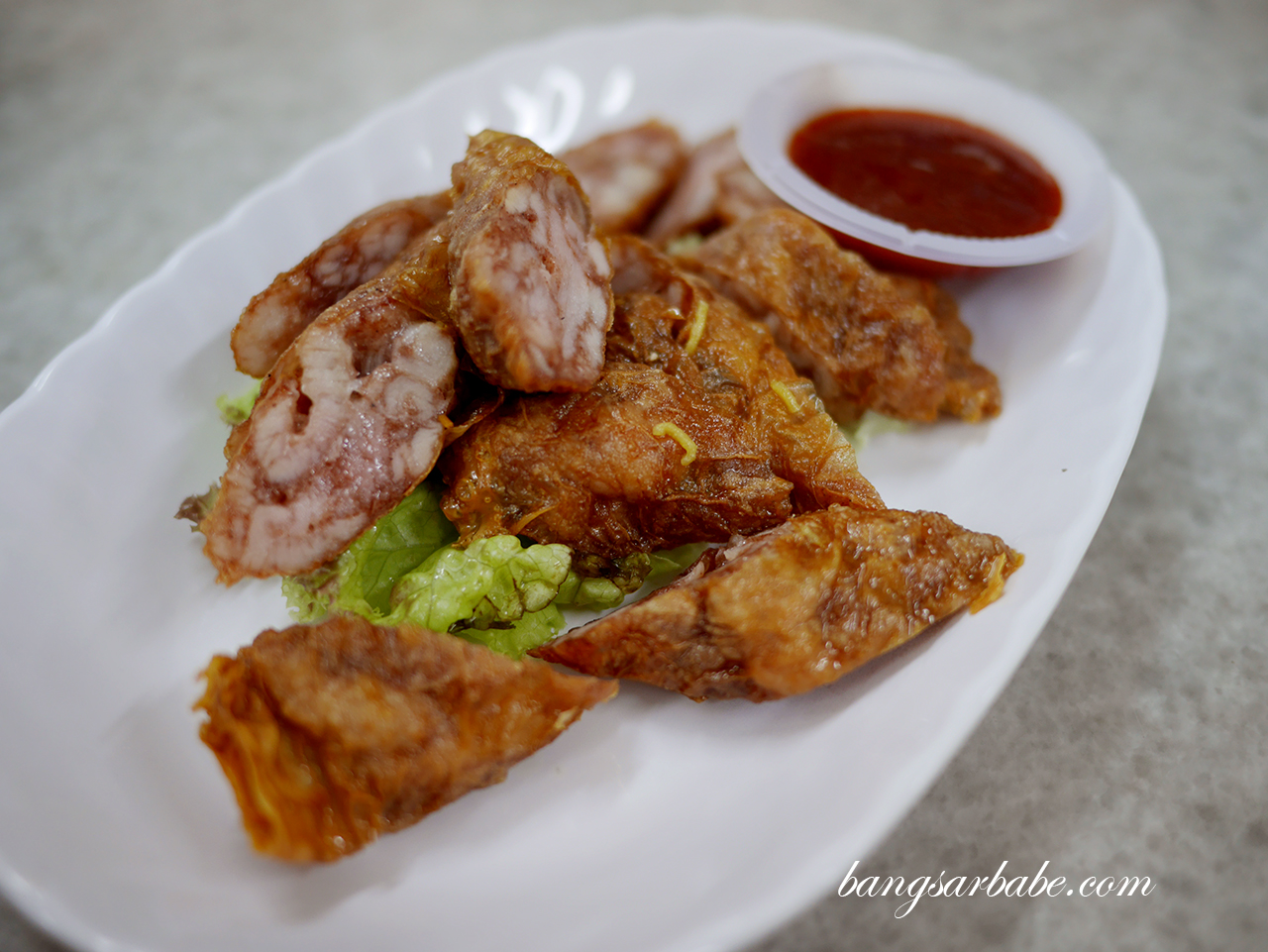 Order the Fried Pork (RM10) – pork belly slices marinated in nam yue (fermented beancurd paste) and deep fried to juicy perfection. Less exciting was the loh bak, which was a tad too sweet for my liking. 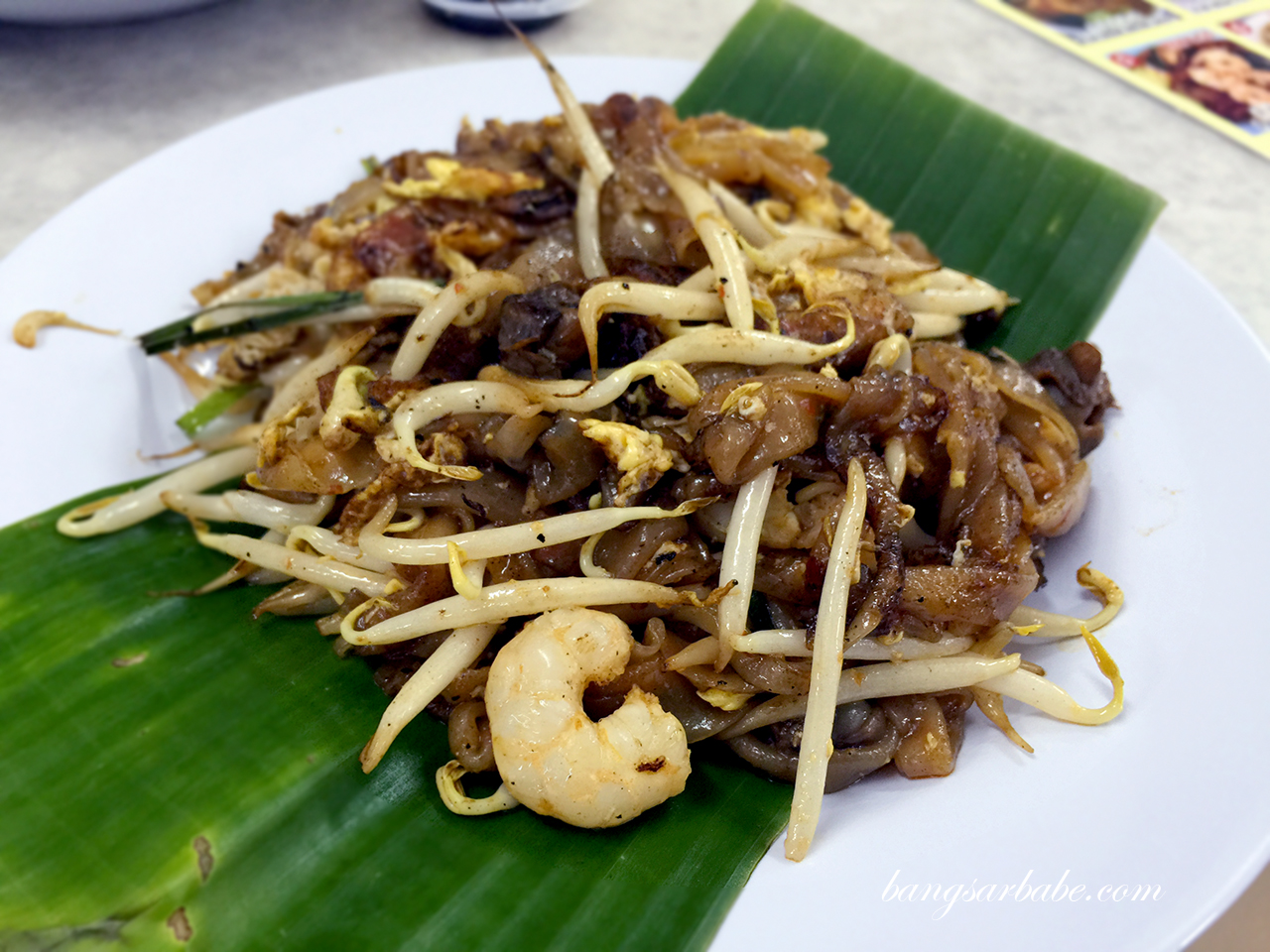 During my first visit, I tried the char kuay teow and ee fu mee. The former was average while the ee fu mee was slightly burnt so it had bitter traces here and there. I wouldn’t recommend these two dishes. 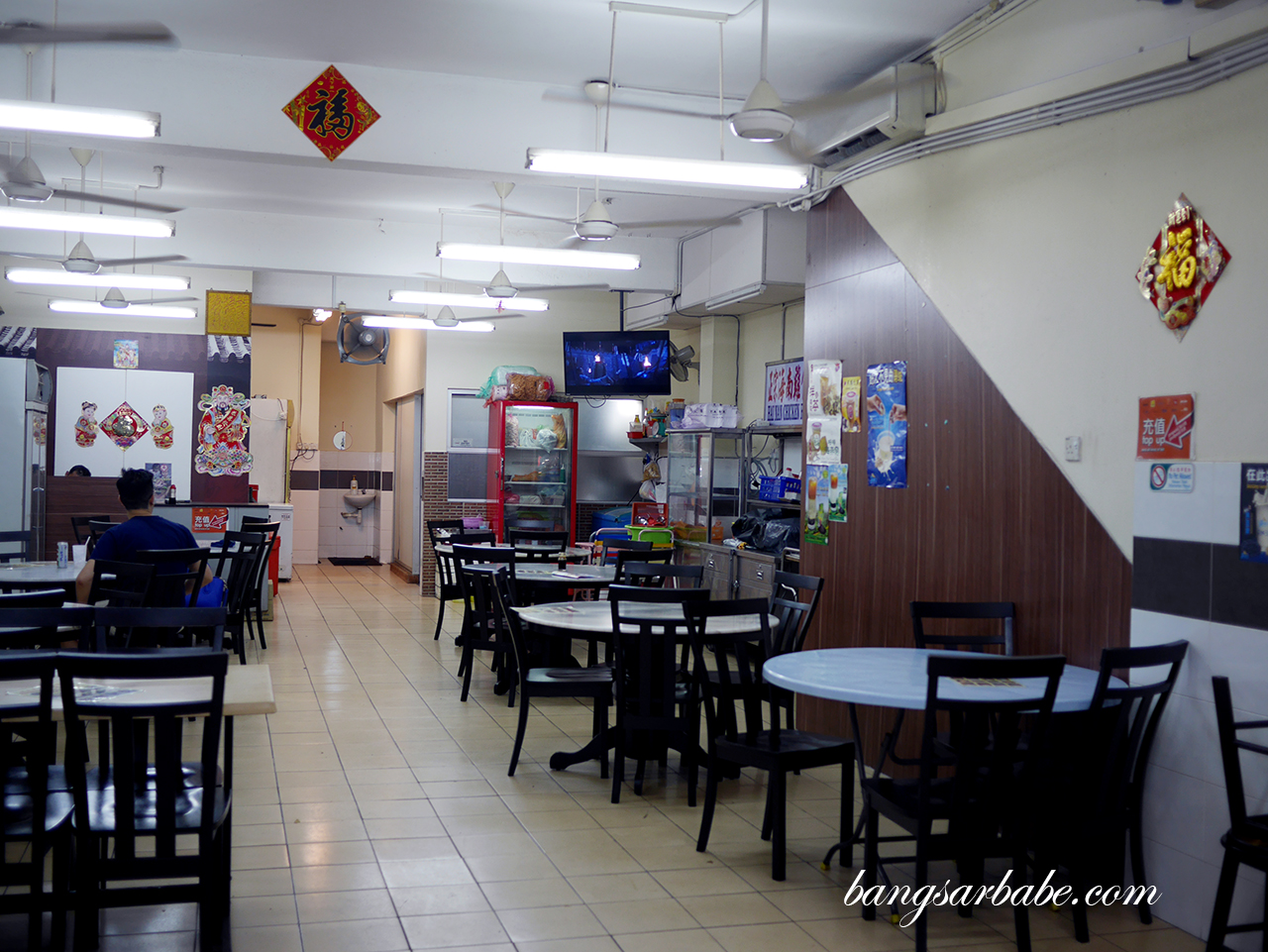 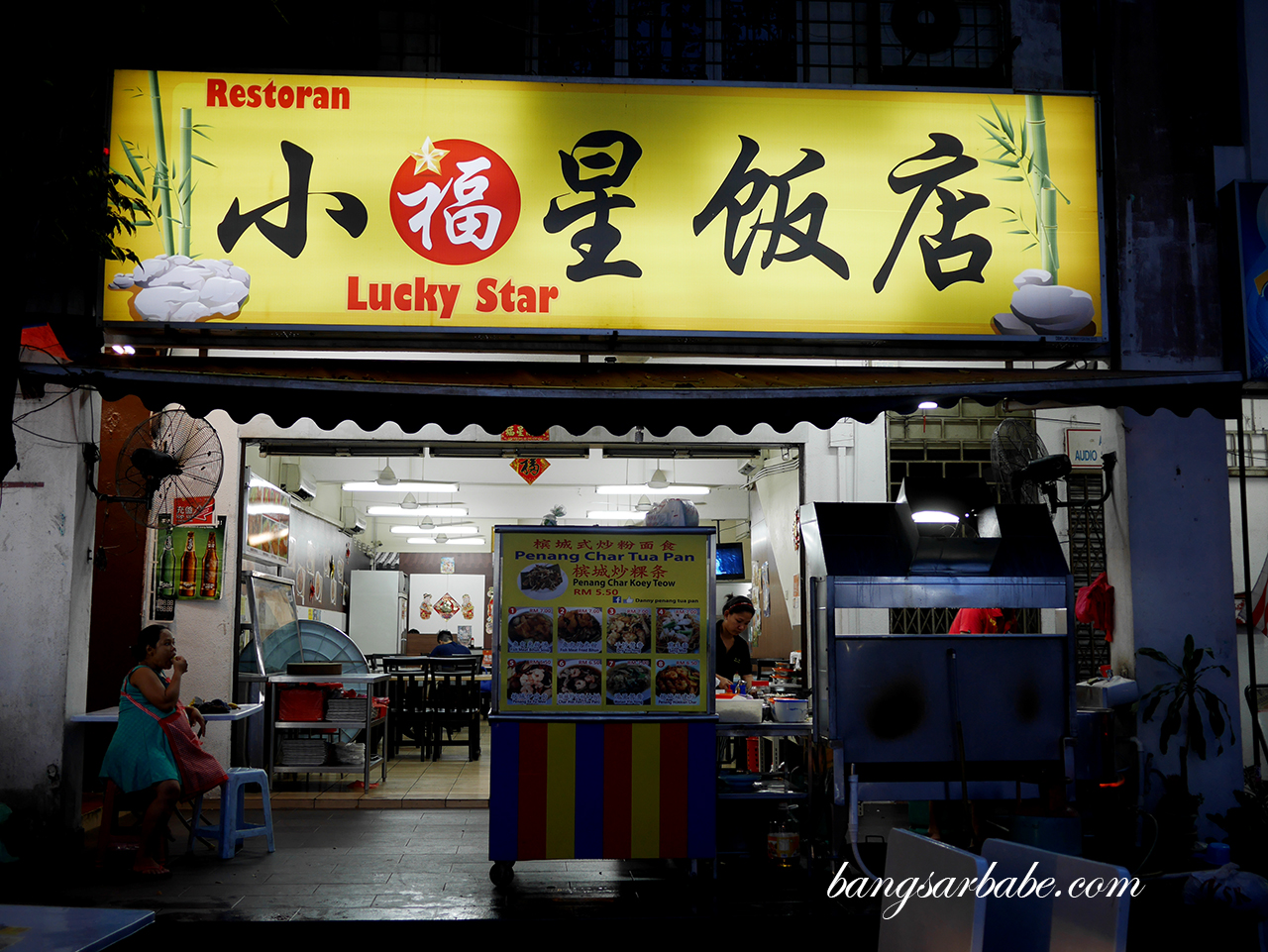 On a whole, I think Danny Penang Tua Pan offers a good alternative to those who want to enjoy their favourite Penang dishes without driving up north to do so. Pricing is reasonable and portions are larger than what you usually get in Penang.