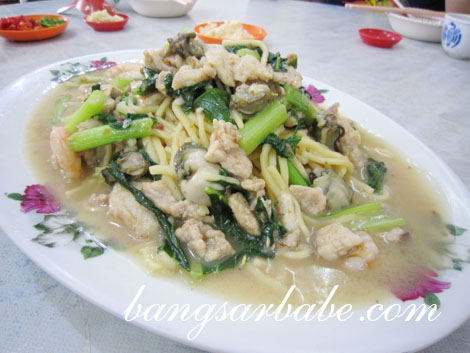 In Penang, it is common to stumble across several eateries where your tolerance level gets severely tested. But I’ve learnt to deal with it for what lies at the end of the wait is a rewarding and delicious experience. More often than not. On our recent trip to Penang, rif and I had good lunch at Sin Lean Heang located near McCallum flats. 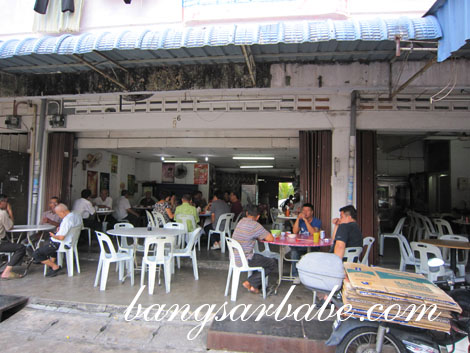 Uncle Tai called ahead and we were there 15 minutes before they were open at noon. But we weren’t the only ones; three groups of hungry diners did the same and the place was crowded by 12.30pm. Our food took almost an hour to arrive and midway through waiting, I almost wanted to eat the chopped red chillies on the table. 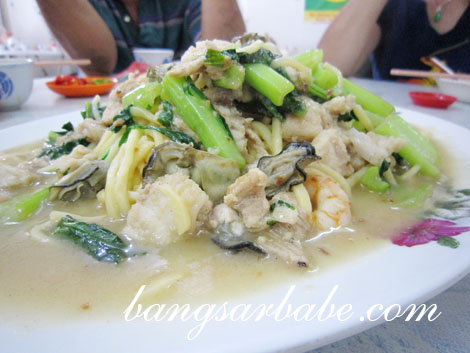 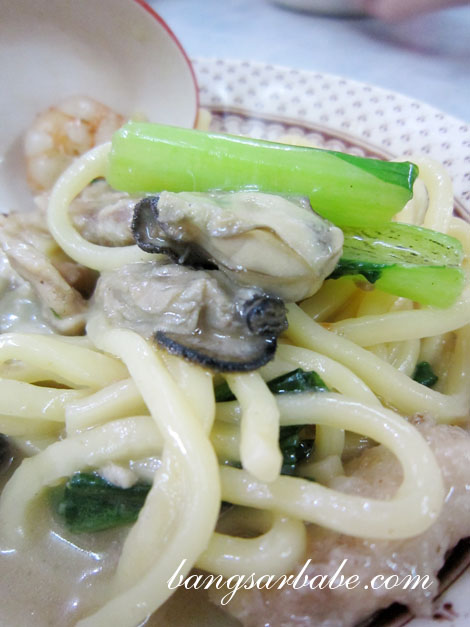 My patience paid off, when the first dish arrived in full glory – Or Mee or Oyster Noodle (RM20). The plump and briny oysters – just slightly cooked – gave umami to the gravy. I would have preferred the yellow noodles to have less ‘kan sui’ smell, but that’s hard to avoid these days. Between this and Hock Chuan Heong’s version, this was a tad tastier. I reckon this has something to do with the oysters used. 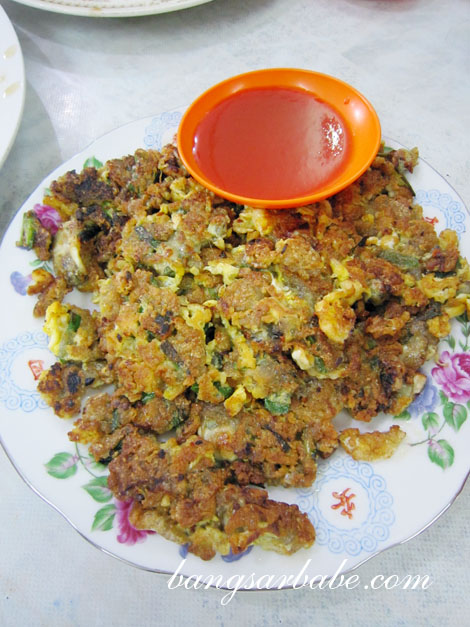 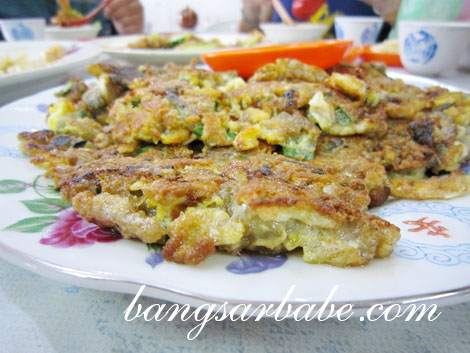 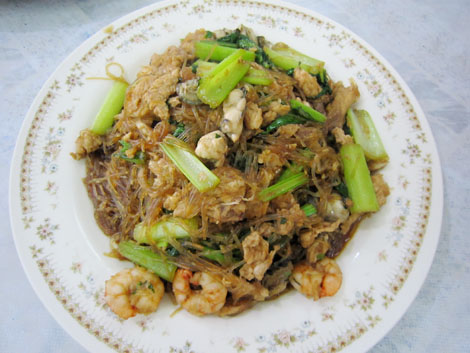 Also noteworthy was the Oh Chien (RM12), crisp around the edges with a savoury-sweet and moist centre. Seasoning was just right, so the egg and flour batter allowed the flavour of the oysters to stand out. To give you a bigger dose of cholesterol, the fried tang hoon (RM14) also came with oysters. This boasted a good char flavour and the glass noodles were cooked just right. 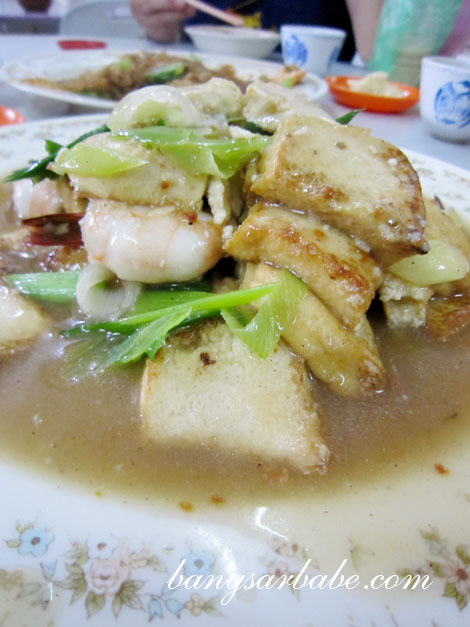 I was told the five spice fried bean curd (RM14) is a Penang Hokkien thing to eat. The otherwise plain bean curd was given a good seasoning from the five spice powder, and this dish came with plenty of medium-sized prawns and leek slices. Good stuff. 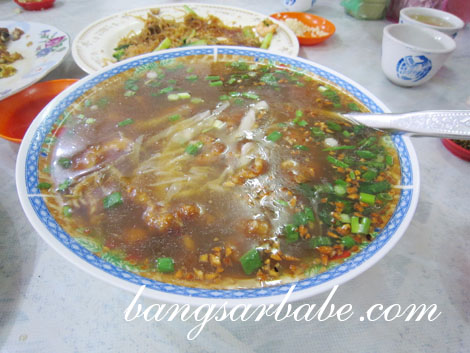 Besides Hock Chuan Heong, this is the only other place I’ve eaten the bak kee th’ng (RM8), a soup of deep fried pork slices in starchy soup with garlic and cabbage. I like the starchy coating on the pork, but if you’re not a fan of starch coated dishes, this might not be for you. 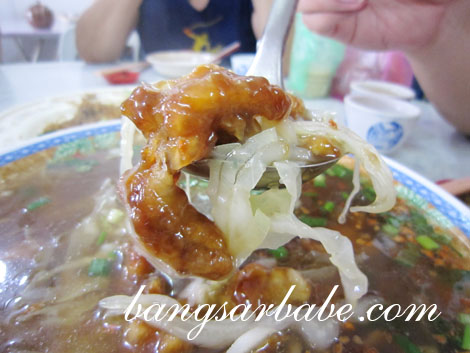