Since our wedding is in another 4 months (gasp!), rif and I have been a bit more observant of what others serve during their wedding dinner. Most of the time, it is the dinners held at Chinese restaurants that triumph over hotel wedding dinners. And it’s so much cheaper compared to the cut-throat prices we are paying for our wedding dinner. 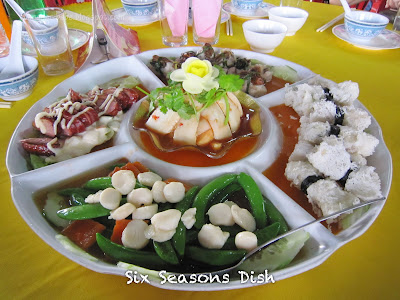 My cousin recently got married and she had her dinner in Kemayan, Pahang. It was done in an assembly hall, so decor was minimal and too Chinese for my liking. I’m not big on decor, but it has to be presentable by my standards. Unlike hotel portions, we had plenty of food that night. The six seasons comprised smoked pork sausages, oyster fish ball, deep-fried yam fritters, mixed vegetables and jellyfish. I only liked the sausage, oyster fish all and deep-fried yam fritters. The rest was just so-so. 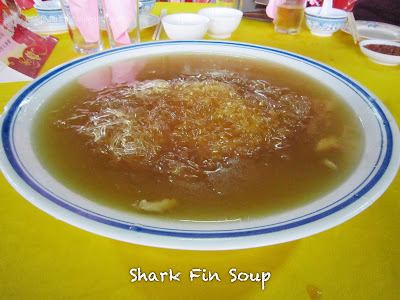 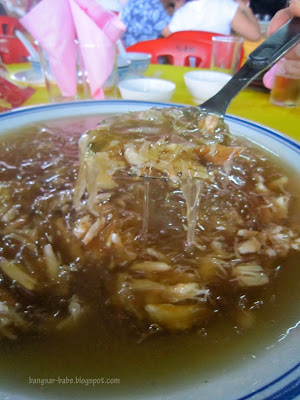 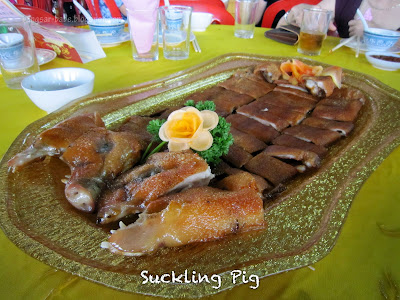 rif loved the suckling pig, but I found it a bit too fatty around the sides. I like my suckling pig thin and crispy with a small layer of fat. While most people at my table enjoyed the pun choy (my dad especially), I didn’t care much for it. The only thing I liked was the abalone. 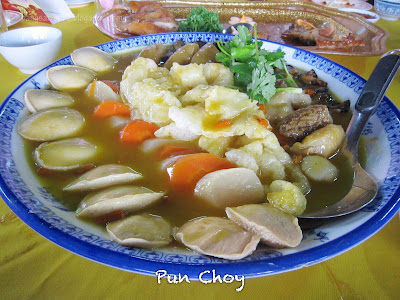 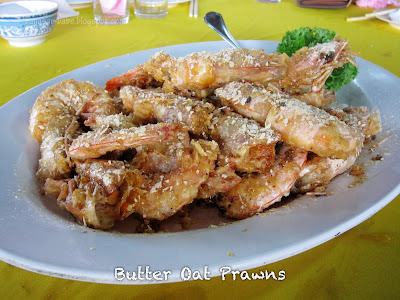 My favourite dish that day was the butter oat prawns. The prawns were fresh, succulent and well-coated with the buttery mixture. I took my time and finished more than 1/3 of the plate. rif peeled most of the prawns for me. :) 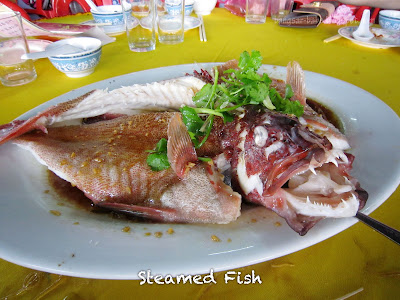 The steamed red snapper was quite good, but I was too full to eat this. My parents ate my portion. I hardly touched the mixed vegetables as I was stuffed to the brim. According to rif, the fried rice was good. It was fluffy and had a good wok hei flavour. 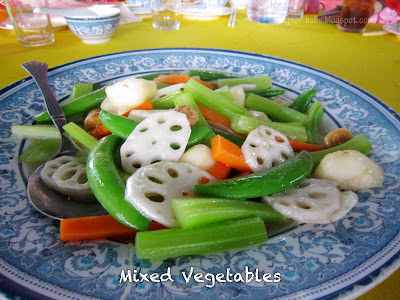 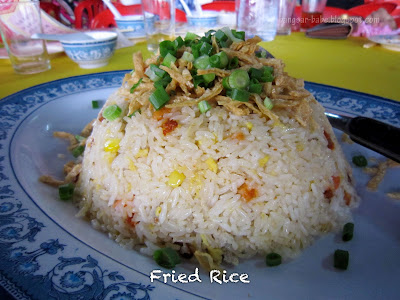 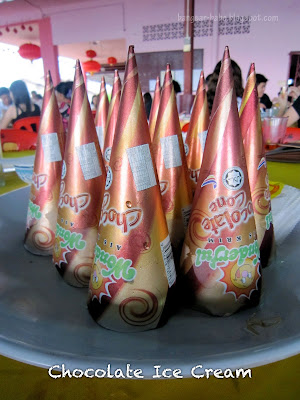 I did find stomach space for dessert — ice cream cone. Nothing fantastic, but I preferred this more than the usual red bean soup/honeydew soup served at most weddings. If there was one thing I don’t like about Chinese wedding dinners outside of KL, it’s how some guests love to ‘tapau’ the banquet food back home. o_0
ChinesePun ChoySuckling Pig
FacebookTwitterPinterestWhatsapp