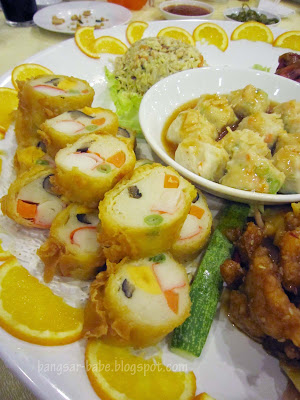 “It’s just further up the road from The Store,”she said. 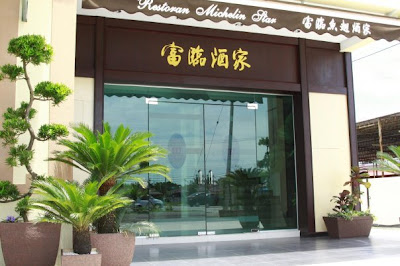 She was right. rif and I found the place quite easily. Just drive past The Store (on your right) and head towards Lumut. You can’t miss the restaurant (on your left). The interior was nicely done; I liked the curved staircase going up to the first floor where the banquet was held. Michelin Star serves Cantonese food, which surprised me because I expected Hock Chew cuisine. 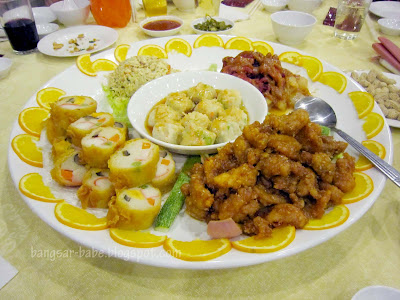 I’m not sure if it should be called four seasons, because there are five items in the dish. This platter comprised a “loh bak” roll, shredded egg omelette, baby octopus, deep fried pork with a sweetish sauce and “dim sum” at the centre. I tasted salted egg yolk, fish paste, crabstick and carrot in the loh bak – very nice. 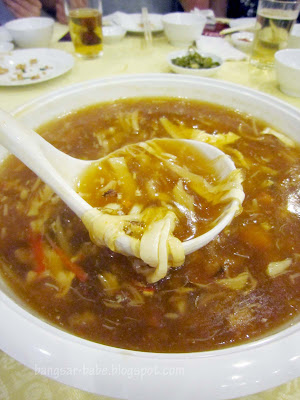 This shark fin soup was quite good. I liked that it wasn’t overly starchy. Hock Chews tend to add a lot of egg and starch when making shark fin soup; probably to compensate for the lack of ingredients. The shark fin for this dish however, didn’t taste real to me. 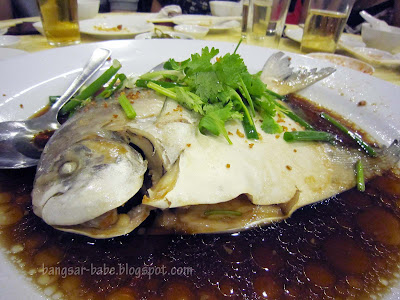 The steamed pomfret was very fresh, but the chef could have gone easier on the gravy. It was a tad salty for me. The rest of the table thought it was fine, so I reckon it’s because I’m used to the lighter version mum prepares at home. The fourth course was my favourite – fish paste topped with chicken skin, chicken wings and prawn fritters salad. The chicken skin was crispy to the T, and I loved how it complemented the firm yet bouncy fish paste. Portion was big so I got to eat more. The poor bride didn’t get to eat her food — she was busy mingling with everyone.Note to self: Make sure my portion of food is packed during my wedding dinner and sent to the bridal suite! 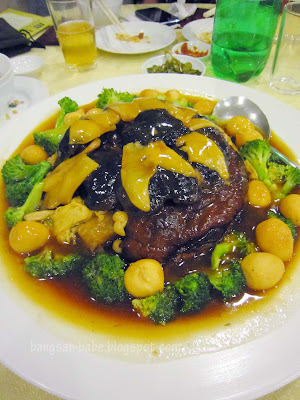 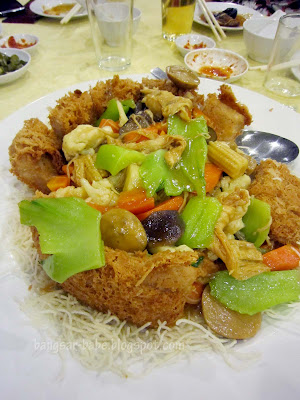 I didn’t care much for the stir fried vegetables in yam basket. This was a tad dry because the vegetables didn’t come with much gravy. 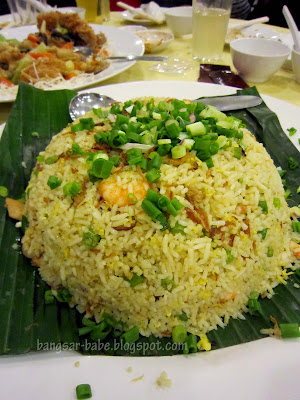 The customary fried rice was average, but the English bloke on our table declared it the best dish of the lot. He found most of the dishes too “foreign”. 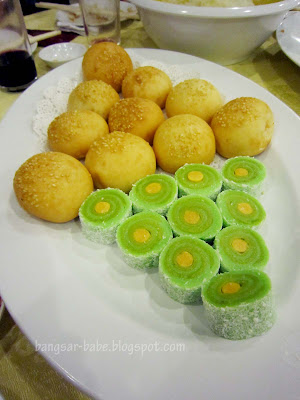 The fried kaya bun and pandan roll were delicious, but I didn’t like the sweet corn and water chestnut puree. It was too sweet. A lot of people left this untouched, either because it wasn’t good or they were stuffed to the brim. 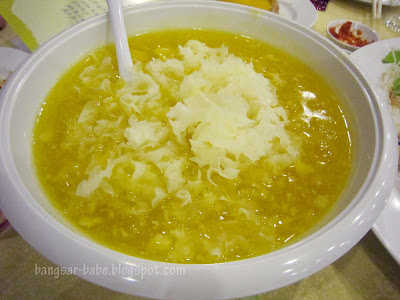 Dinner was good and the portions were huge. Like any other Sitiawan wedding, we were given plastic bags to take away the leftovers. If my grandmother insists on throwing a small wedding dinner in Sitiawan, I’m definitely having it at Michelin Star! 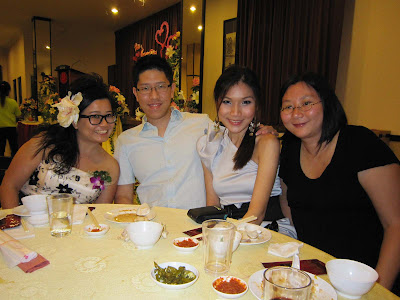 Ambiance: 6/10
Price: N/A (it should be reasonable)
Food: 6.5/10 (non-halal)
Verdict: Hearty dishes and portions are twice the size of what you would get in KL.