One of the items on my to-eat-list in Paris was Moules Frites (mussels with fries), and I was determined to try it at least once. I spotted Léon de Bruxelles when I was strolling down Champ Elysees. The place was crowded, and people were happily tucking into their mussels, without a care in the world. 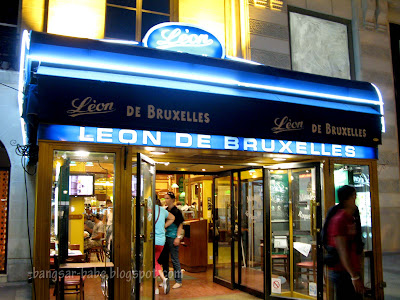 I walked closer to the restaurant, peered at the menu (hoping that it wouldn’t burn a hole in the wallet), and I was sold. “Let’s eat here!” I said excitedly. After a hardly satisfying dinner earlier, my parents agreed. Léon de Bruxelles is a famous restaurant chain in Paris, known for their mussels or “moule” in French.

Before any of you were to go, “Why eat at Champ Elysees? It’s a tourist trap!”, here’s why. It was a Sunday, and most restaurants were closed. And I’ve always wanted to eat at Champ Elysees – I didn’t the last time because I spent all my Euros on my LV Bag. 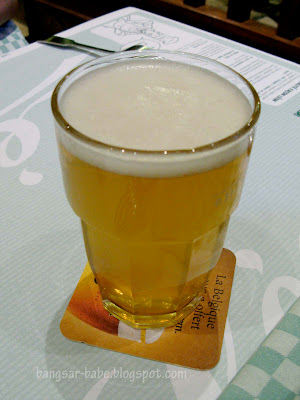 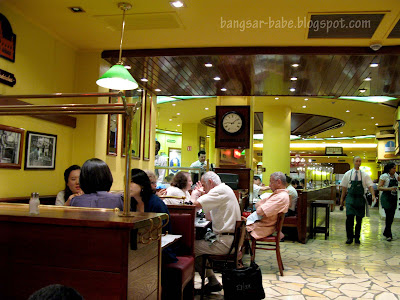 Tables were closely packed together, and service was mostly slow and uninterested. I didn’t quite care, because I was there to try the mussels. And I somewhat expected the shitty service. I ordered the best seller, Léon Mussels (€19.10). This came with unlimited* fries and baguette to soak up the sauce. While the fries were unlimited, getting a refill was almost impossible. I never got mine, despite three reminders. 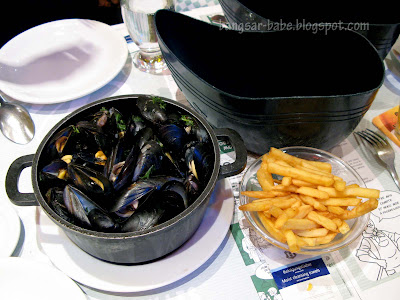 My mussels (800gms) were cooked with crème fraiche, white wine, chopped shallots and celery. It was my first time trying mussels this way, and I enjoyed every bite. The mussels were steamy hot and juicy, with a delicious cream broth that did not overwhelm the mussels. It might be a bit heavy for some, but you can always order the Marinière styled mussels (€17.50). 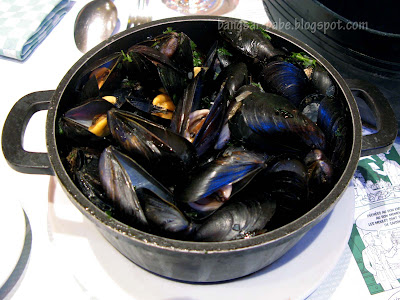 Marinière is a French style of cooking. The mussels were prepared with some salted butter, white wine, chopped shallots and parsley. This was also very good, as the light broth brought out the sweet flavour of the mussels. My parents liked this, but I preferred mine — I like anything cream based. 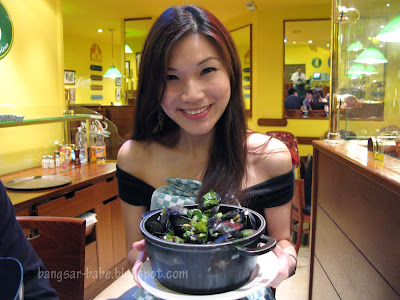 The fries were limp and hardly worth mentioning, but I didn’t care. I was there for the mussels. The place feels like a fast food joint rather than a restaurant, with waiters running up and down constantly, calling out orders and giving the customers more bread, beer, wine, etc. 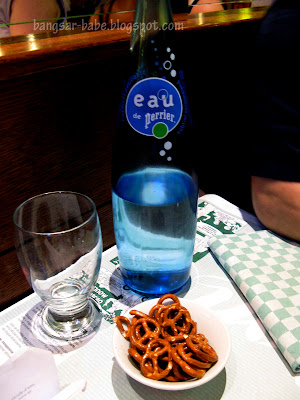 Our two pots of mussels with Perrier water (I have no idea why my parents refused to drink tap water) and beer came up to about €50. Relatively cheap for Champ Elysees, and I left the restaurant satisfied. 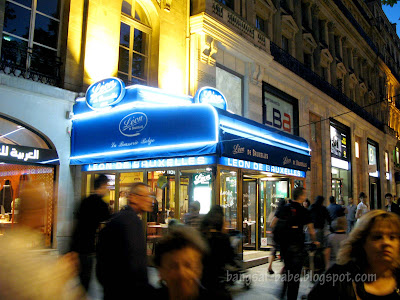