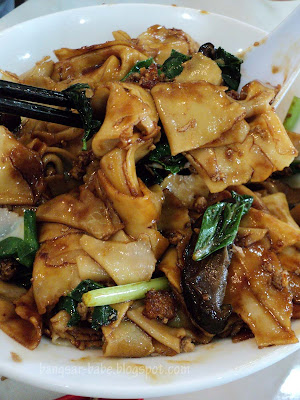 “Roll my noodles properly! And don’t keep touching the dough!!” my mum yelled, as I was attempting to make her homemade noodles into my own ‘play-doh’. 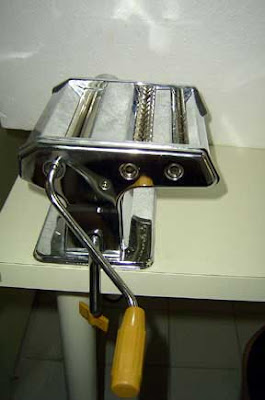 That was ages ago, when I was 8. My mum always insisted on making her own noodles, and since we ate noodles once a week, she would be in the kitchen with my maid, kneading the dough and forming the noodles using a noodle maker. The kitchen would be full of flour and bits of dough, no thanks to me. I was not allowed to play with play-doh; mum said it was poisonous. *roll eyes*

So I made do with whatever I had, which included using her noodles as my make-believe play-doh. I didn’t like the noodles. Because mum insisted on using no MSG, minimal salt and plenty of vegetables – it was tasteless. So I grew up avoiding any noodle stall (more often than not, the pan mee stall) that had the same machine as my mum’s, thinking that the noodles would taste bland. When I was 18, I ate pan mee from a nearby coffeeshop. It was a delicious surprise. The clear broth was full of porky flavour, and the minced pork added bite to the already springy noodles. From that day onwards, I liked eating pan mee. 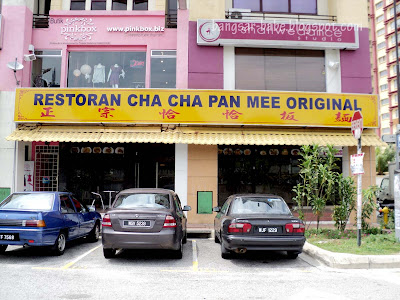 We were supposed to go for char siew last week at Aman Suria, but both the rival shops were packed and humid. I was too hungry to wait, and I didn’t want to get hot flashes while gorging on char siew so we went to Cha Cha Pan Mee instead. At 12.30pm, the place was almost packed, but since there was air-conditioning, it wasn’t hot. 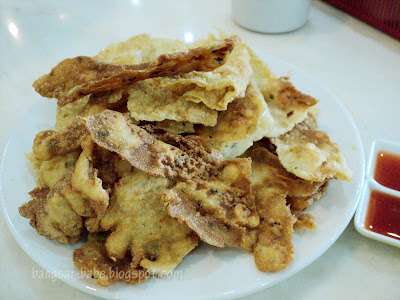 I selected a few fried items (RM1 per piece) from the display counter in front and munched on them while waiting for my pan mee. It was not great, but it was a good snack especially when the noodles took a while to arrive. 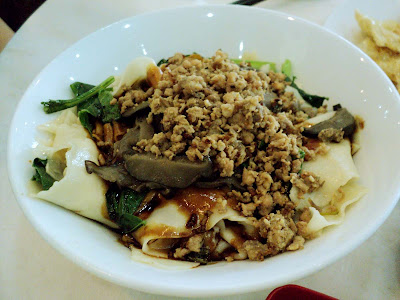 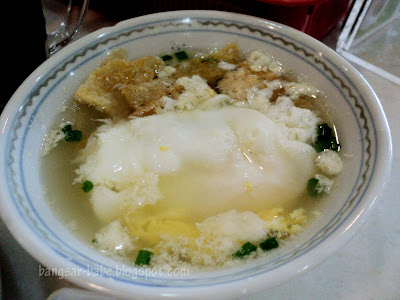 Pork lard was added on top of the noodles for extra ‘oomph’. However, the chilli sauce wasn’t as good as Kin Kin and Spicy Kitchen’s version. He added a bull’s eye egg (RM1) to his noodles. The soup was quite flavourful — but I think it’s all MSG. 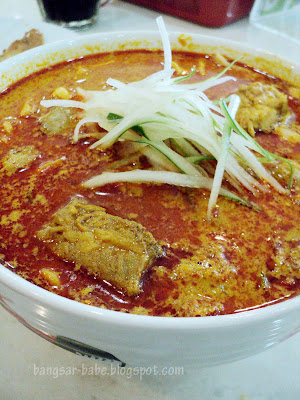 My curry pan mee was average. While the curry gravy packed a punch (it was spicy, thick and fragrant with bits of meat in it), the pan mee was a tad thick and doughy. I should have asked for the pinched version. I reckon it would have tasted better. The noodles came with clams, pork ribs and plenty of fried fuchuk – perfect for big eaters like me! 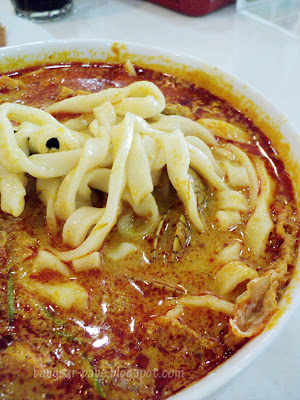 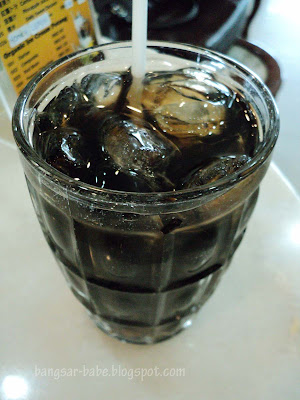 Prices are slightly higher, but the portions are also bigger, so I reckon it’s still good value for money. Overall, the food was decent, and I wouldn’t mind returning again, especially since the place has air-conditioning.