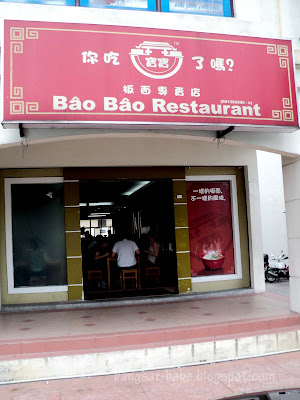 After our lunch at Cha Cha Pan Mee not too long ago, rif insisted I try Bao Bao Pan Mee (just a few doors down the road), as he thinks the pan mee there is nicer. Truth be told, I wasn’t keen on trying the noodles. But, relationships are about compromising, so compromise I did. 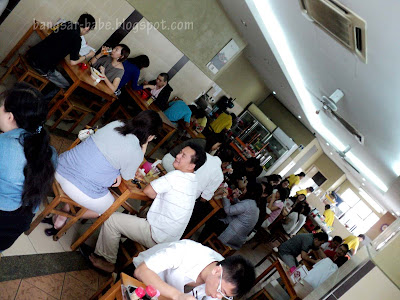 The small shop was full of patrons — we had no choice but to sit by the window (like how to do at bars). Our food took long to arrive; we waited for 30 minutes or so. Even then, they forgot our order of sui kow soup. 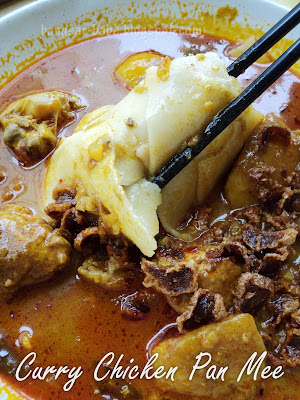 Curry chicken pan mee (RM5.80 – small, RM6.50 –large) was nothing to shout about. The curry broth was tastier than the one at Cha Cha. However, my pinched noodles were disappointing. I reckon this was hastily prepared, as some parts of the noodles were not properly cooked. Most of them were clumped together. Portion was slightly on the small side too. 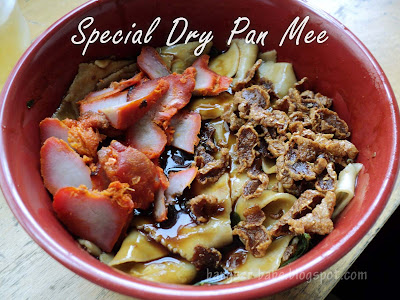 rif ordered the Special Dry Pan Mee (RM5.20 – small, RM5.90 – large) which came topped with crunchy bits of stuffed bean curd skin and bright red char siew slices. I liked his noodles better, as they were properly prepared, unlike mine. 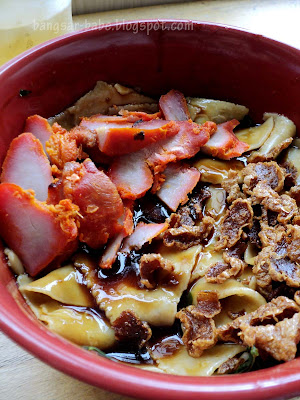 He found the colour of the char siew off-putting, but since I’m used to eating such bright-hued char siew in Sitiawan, I wasn’t affected. However, the char siew was not tasty. It was there mostly to give ‘bite’ to the noodles, not flavour. 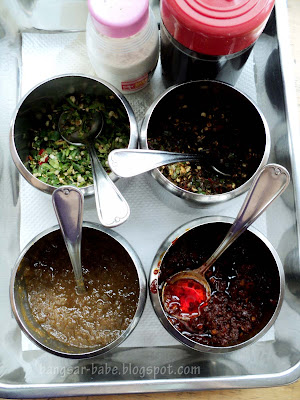 They have four types of chilli sauce, but since I had the curry noodles, I only tried the sambal (bottom right). After two reminders, the sui kow soup arrived, lukewarm and sad-looking. Tastewise, they were nothing to shout about. The dumpling were smallish and a bit too salty. Not something I would recommend. 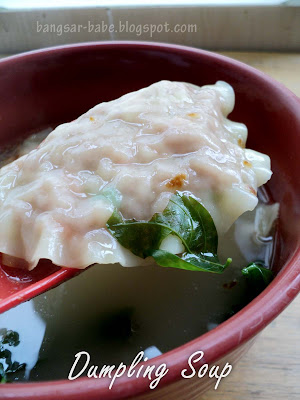 Lunch was just alright for me. While the dry pan mee was tastier, the disappointing curry noodles lead to my conclusion, that Cha Cha Pan Mee is slightly (only slightly) nicer. I wouldn’t blame rif for this, as he did tell me to order ONLY the special dry pan mee. I was too stubborn to listen!