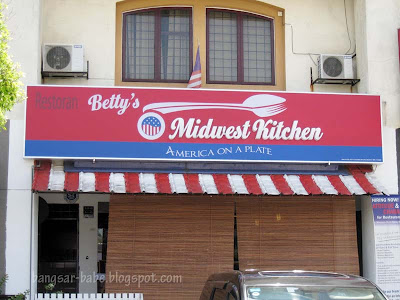 Betty’s Midwest Kitchen is one of the newer restaurants in Aman Suria that specialises in American Midwest Cuisine. rif and I discovered the place by accident — we had planned to go for char siew but forgot that it was still CNY period. 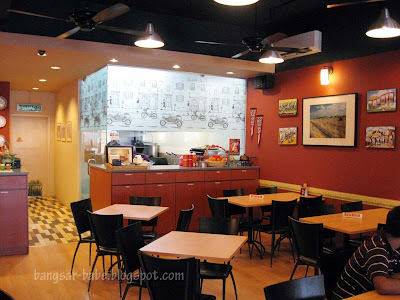 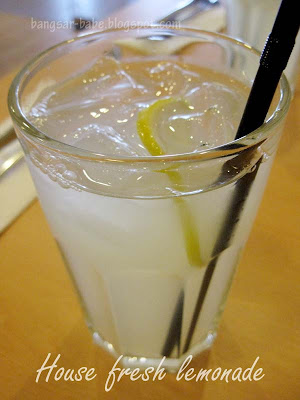 Once seated, we were so hungry that we immediately placed our orders. The lemonade (RM2.50) was highly recommended by the waitress, and rightfully so. It was light, sour and very refreshing. Definitely one of the better ones around. 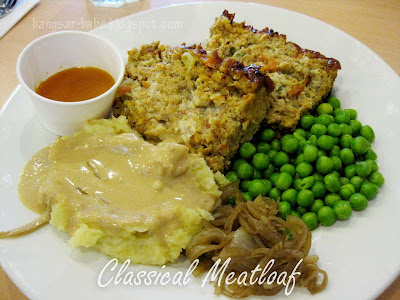 I had their classical meatloaf (RM15) which came with mash potatoes, peas, onion relish and beer sauce dipping. Made with minced pork, the meatloaf was moist, hearty and packed a wallop of flavours. The beer sauce gave the meatloaf a twist of flavour while the mash potatoes came topped with rich special gravy. Creamy and oh-so-addictive; I had to swat rif’s hands away from my plate. 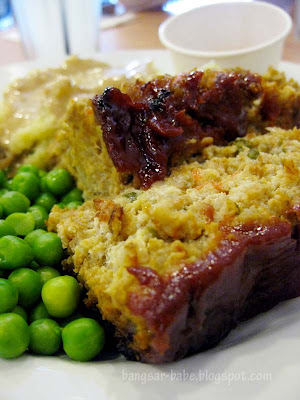 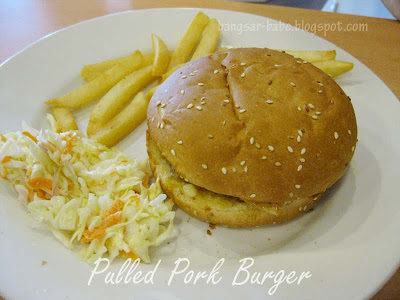 rif’s pulled pork burger (RM12) was ridiculously small. We didn’t touch the fries before I snapped a picture; it was that little. Taste wise, the burger was not bad — meaty and saucy, with a savoury sweet aftertaste. 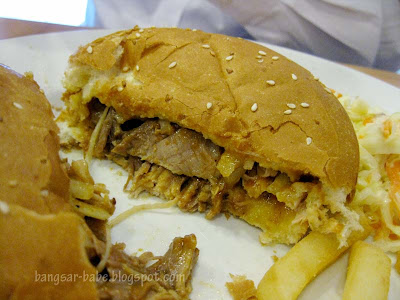 The burger bun was of commercial variety. It wouldn’t hold a massive patty, but since it was pulled pork, the bun didn’t break when I tried to eat the burger. We liked the meatloaf better. 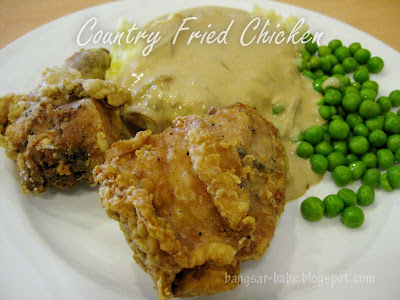 Since we were still hungry, we ordered a country fried chicken (RM13) to share. The chicken was ordinary and slightly on the dry side. However, it came with a generous serve of mash potatoes and gravy. The peas were firm and sweet — it didn’t taste frozen to me. 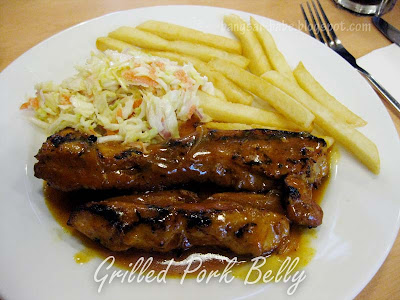 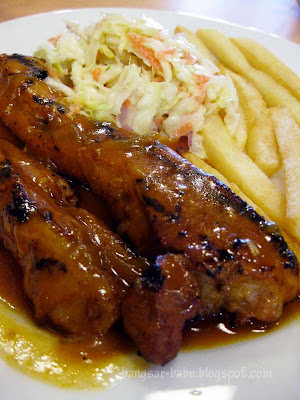 On a subsequent visit with friends two days later, I tried the pork belly which was sticky, fatty and tender with charred bits. I would have preferred more meat (who wouldn’t) but for RM24 per serving, one should not expect generous portions. 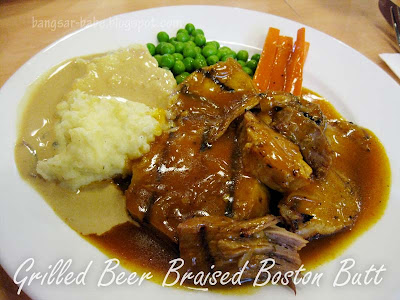 The Grilled Beer Braised Boston Butt (RM25.50) was also not bad. Braised for hours, the pork shoulder absorbed its marinade and gravy so well, it was almost in a melt-in-the-mouth state. This was the only dish that came in a fairly large portion. 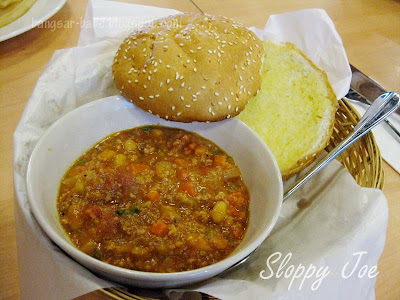 Sloppy Joe (RM12) wasn’t available when we first went, so I knew right away rif was going to order that. The combination of ground pork, onions, ketchup, herbs and seasoning yielded a chunky, hearty dish that was messy (but deliciously so) to eat. 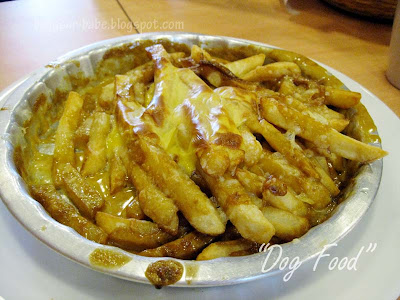 Being geedy, we also shared a serving of “dog food” (RM7.50). Fries topped with special gravy and melted cheese, this messy side order was good finger food. rif liked this a lot, while I thought it was nothing to shout about. 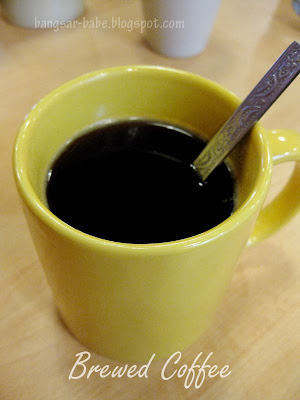 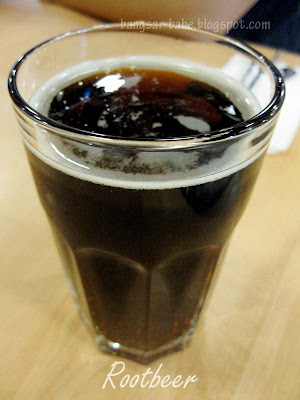 Their brewed coffee was decent and pretty reasonable, at RM4 per mug. For RM5.50, the rootbeer was no better than the can versions sold in the supermarkets. I’ll stick to the lemonade in future. 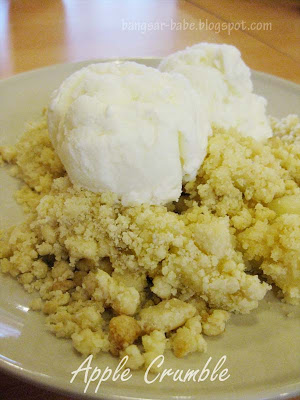 Dessert was apple crumble with two scoops of vanilla ice cream (RM8). This was surprisingly huge. The gang liked it, but I didn’t fancy the crust — it had a doughy and dense texture. 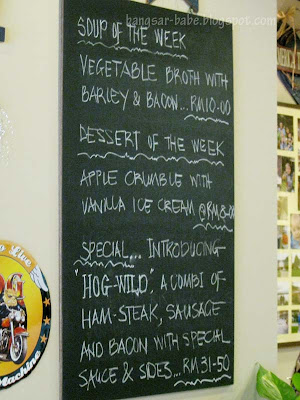 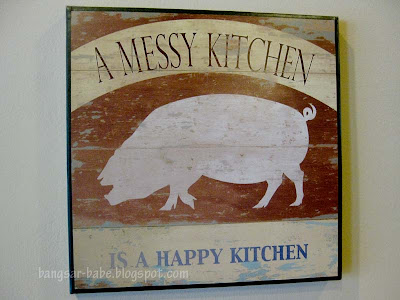 All in, the food was not bad and the service was efficient. I think their tagline “America on a plate” isn’t quite true (portion-wise), as portions were very small. That said, I’d come back to try the rest of the menu…and this time, I want the Jucy Lucy! 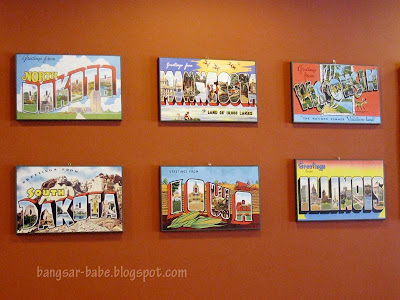