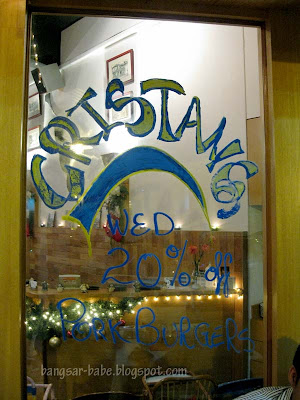 Almost everyone knows how to make a burger, when you have various choices of pre-packed burger patties available at the supermarket. But to make a really good burger from scratch, requires effort and a good recipe. When I heard so many rave reviews about the pork burger and the many porky dishes at Cristang, I decided to pay the place a visit. 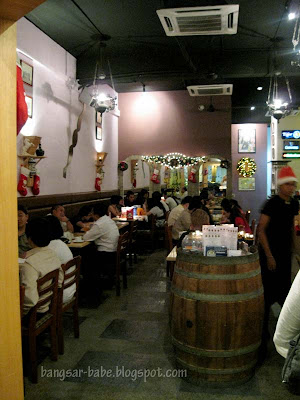 At 8pm, the place was packed with patrons and they were seriously short-handed. We quickly placed our orders, and waited in anticipation. 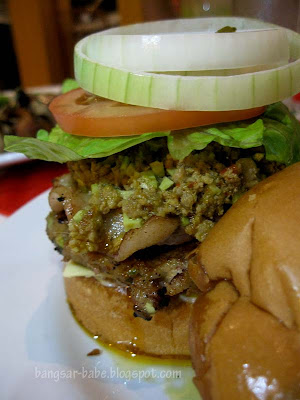 The urban legend (P7) started with a 200gm ground pork patty, comprising minced pork, chopped petai, chilli and bacon bits on a burger bun. It came with a slice of cheese, onion rings, tomatoes and lettuce. I expected a juicy burger that has a good ratio of crisp surface to juicy insides, but not overly juicy that the bun turns soggy. One can dress up a burger with extravagant toppings and special sauces, but if the patty doesn’t deliver, I’m not sold. 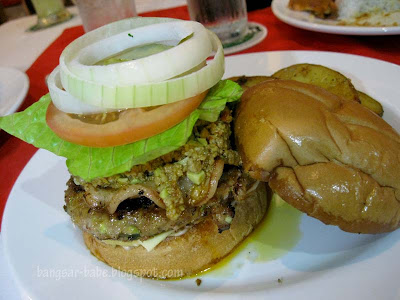 Here’s the problem with The Urban Legand (RM28.80) — the patty. It was juicy, firm and meaty, but it didn’t taste porky. I wanted a super porky burger, but what I got was a meaty burger. The petai stuffed patty was a clever idea, but it didn’t exactly rock my boat. Second problem, the bun. It was too cottony and very, very light. For that price tag, I expected a firmer burger bun that doesn’t break at the touch of the finger. 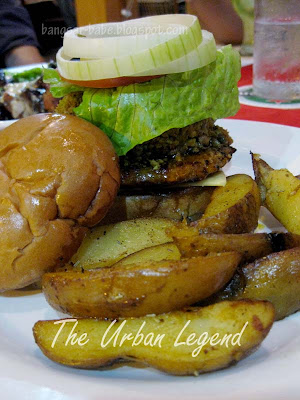 On the bright side, the potato wedges were one of the better ones I’ve tried. Crisp on the outside and lightly seasoned with herbs and spices. Beneath the crisp outer layer, the potatoes were firm, yet fluffy. It was good enough to eat on its own. 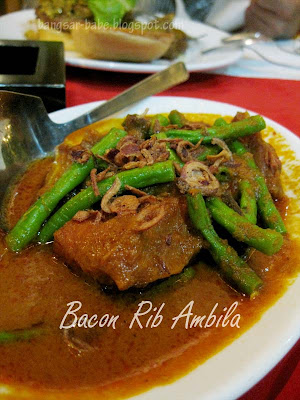 The bacon rib ambila (RM18.80 – small) was a family recipe passed down from the owner’s great grandfather. “Bacon ribs cooked in a spicy and tangy gravy with long beans” said the description. I found the gravy flat-tasting and lacking in body. The ribs were tough and stringy, and it wasn’t flavoured by the curry at all. Maybe it’s an acquired taste, but I didn’t like this. 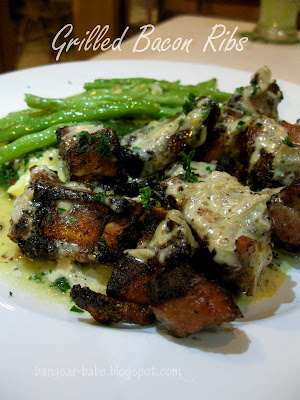 The Grilled Bacon Ribs (RM42) were alright, but nothing mind-blowing. “Bacon ribs seasoned with our Cajun spices and served on a bed of orgasmic mashed potatoes dressed with bacon bits and freshly chopped parsley with our black pepper cream sauce and sautéed French beans in garlic and white wine.”

I liked the black pepper cream sauce, but the bacon ribs were as just as tough as the ribs from the ambila curry. rif and I were not impressed with the quality of ribs either. If they didn’t claim that the mashed potatoes were ‘orgasmic’, I would say it was not bad. But since there was a claim attached, these were flat out ordinary. No moans from us.

My verdict? It wasn’t as good as what a lot of people had claimed. And I knew we ordered the right dishes; dishes the owner himself recommended to us. I was too disappointed to try their desserts, so we left slightly RM100 poorer and not quite satiated.