There are times when I put myself (or more like my mum makes me) through a strict eating regime, which comprises rolled oats, celery & choy sum juice, organic vegetables and free-range eggs. And there are times I indulge in greasy food followed by desserts – the sweeter, the better. I was at Pusat Bandar Damansara picking up some wine at a nearby supermarket, when rif and I spotted this donut outlet with no visible name. 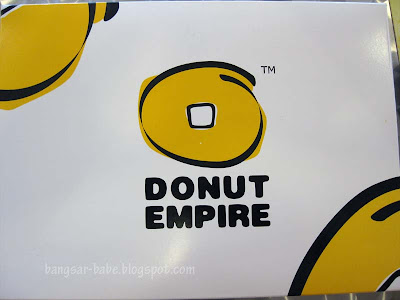 Curious, we peered into the window stand and saw an array of decent-looking donuts on display. Being the curious cats we were, we bought half a dozen (6 for RM10) to try. I noticed a few people in the shop surfing the net — so I’m assuming there’s free WIFI. Tastewise, I was not impressed with the donuts at all. They were a far cry from the donut kings — Krispy Kreme, Big Apple & J.Co. 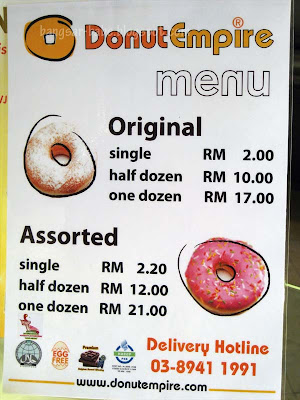 Firstly, the donuts were neither light or cake-y. I found them to be denser than the ones I usually eat, but not as dense as Dunkin Donut. While they tried hard to impress with colourful toppings & pipings, I wasn’t sold. The white chocolate glaze tasted like palm oil and was overly sweet, in a cheapo way. 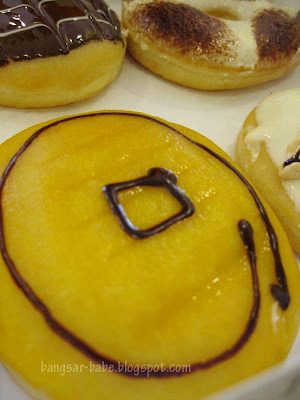 This was a sorry attempt to mimic the mango flavoured donuts from J.Co & Big Apple. I really didn’t like the mango custard — it was all sugar and flavouring. 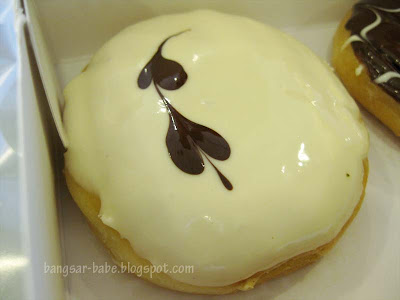 Of the lot, I liked this best. The latte cream filling helped mask the unpleasant taste of the white chocolate, so I tasted more coffee than chocolate. I wouldn’t mind having this again, if I’m desperate and there are no other options for me. 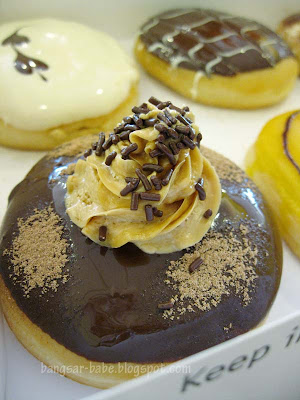 I thought this donut looked pretty, but it tasted disappointing. They claim the chocolate is premium, but I seriously doubt it. This tasted like the cheap cooking chocolate available at supermarkets. 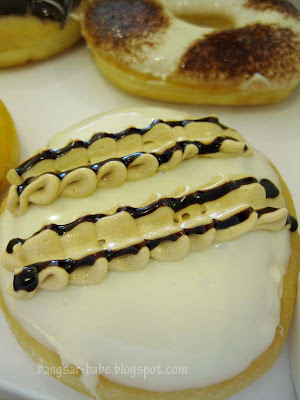 No to this as well. I found the filling more cream then cheese — you know those plastic tasting whipped cream from the can? Imagine THAT with a mild cheese flavour. 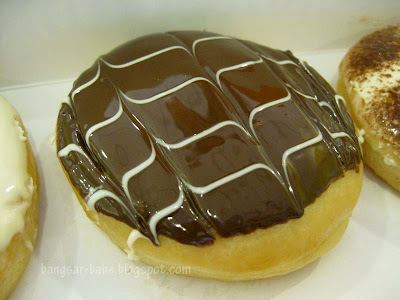 By the 4th Donut, we were struggling to finish this. This was better than the T’Misu, but I still found it on par (or slightly below) with the donuts from local cakeshops.

I don’t think I’ll eat this again. The donuts are not good enough to justify the extra inch on my tummy. So…back to their tagline “every bite rings a moment”. Uhhhh…not for me!