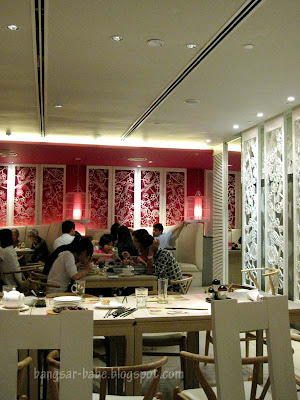 After the launch of Deletable by Su, my dining companions decided to have dinner at Canton-i, in The Gardens Mid Valley. At close to 8pm, there was a long queue at the counter. We quickly took a number, and waited outside the restaurant. 30 minutes later, we finally got a table. The interior is bright and decorated with cherry blossom motifs, and furnished with white tables and chairs. 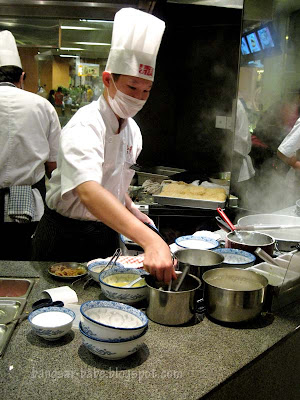 They practice an open kitchen concept, so you can watch the chefs prepare your noodles and chop the roasted meats. I found the dining space very small and the tables were placed very close to each other. So close you can actually hear the conversation from the table next door. 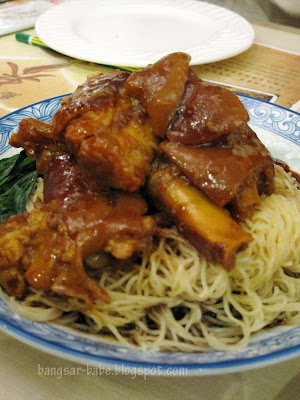 You can opt to pair your noodles with roasted chicken, duck, char siew, siew yuk or pork knuckles. I found it strange that the dry version costs RM1 more than the soup version – shouldn’t it be the other way around? 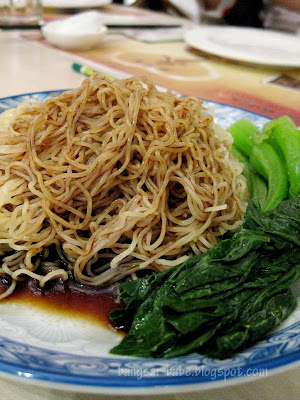 The wanton noodles (RM4 for a plain portion) had a springy and slightly crunchy texture. However, the sauce wasn’t tasty enough for me – I still prefer the wanton noodles from PJ State and Fun Kee. 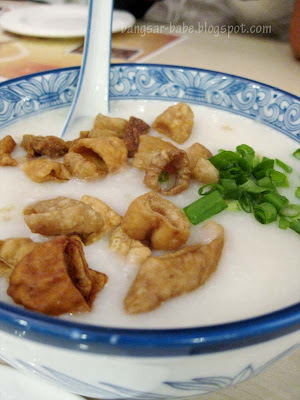 I tried a spoon of porridge with deep-fried intestines, which had a very smooth texture. It felt as though I was drinking a very thick soup. The fried intestines were crunchy on the outside and chewy on the inside. I’m not a fan of intestines, but if you are, you’ll enjoy this. I know Shum would – she loves innards, and I always pass my portion to her. 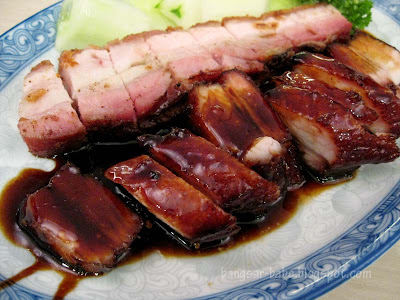 The combination platter of char siew and siew yuk was extremely small, especially for the price tag it came with. That being said, the siew yuk was crispy, with a good ratio of melty fat and succulent meat. I thought the char siew was just alright; it was a bit too sweet for my liking. They should have given the sauce in a separate bowl, instead of pouring it all over the char siew. 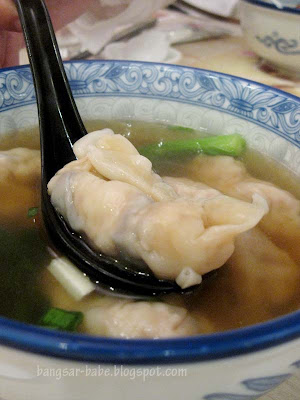 When the bowl of sui kows arrived at our table, I was surprised to see how huge they were. Each dumpling was full of prawns and minced pork. The prawns were fresh, sweet and crunchy; giving the plump sui kows a satisfying bite. 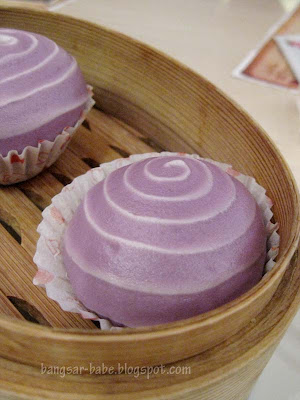 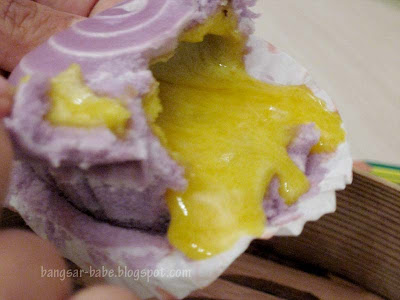 We ended our meal with some custard egg buns – they were tiny and had a pretty purplish-swirl. While the rest of the buns had a generous amount of egg yolk custard, mine was hollow. I told the waiter about this, and he simply took the bun from my hand, tore it open and POURED OUT the abysmally scarce filling onto my plate. My dining companions and I were startled, and found him extremely rude. He then said he’ll get me another bun, but I lost my mood for it after the hoo haa earlier.

All in, I found the food mediocre and quite expensive for such tiny portions. While the wantan noodles were nice, I still prefer the coffeeshop / old school noodles better. The one thing they were very generous with was the MSG. We all felt very thirsty after the meal, and asking the waiter for more water was harder than begging for money.