For my birthday, mum baked me a brandy prune cake, Vitya made me Tiramisu and rif got me the Spencer’s Four Season cake from FBB. The heavenly duo also dropped by with a most delicious creme caramel and some pretty cupcakes from a friend. Om nom nom nom…don’t ask me to step on a scale! 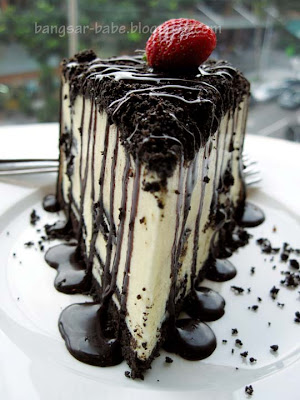 To add to the sugar rush, rif bought me a slice of oreo cheesecake from Marmalade the next day. I go to Marmalade quite often, mostly for the cosy ambiance, carrot cake and occasionally, the oreo cheesecake. I reckon the cheesecake tasted better compared to the last time I had it. This time around, it was pleasantly firmer and cheesier, without being too cloying. 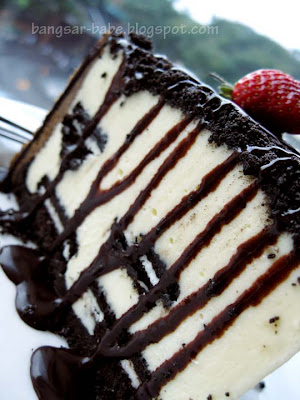 I thought the biscuit base was slightly on the hard side. It was still crumbly, but fell apart at the wrong time, so bits of it ended up on the floor. Gah…maybe I should have used a spoon instead of a dessert fork! T_T 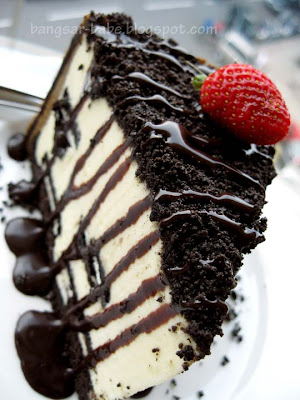 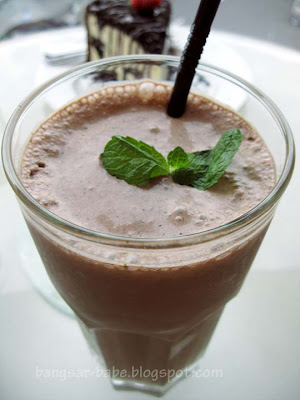 The mint choc shake was thick and milky, with a sprig of mint as garnishing. It tasted of more chocolate than mint, but I liked it just fine that way. I only managed a few sips, as the combination of cheesecake and milkshake was too rich for me. rif helped me finish the rest of the shake and had a few bites of my cheesecake. 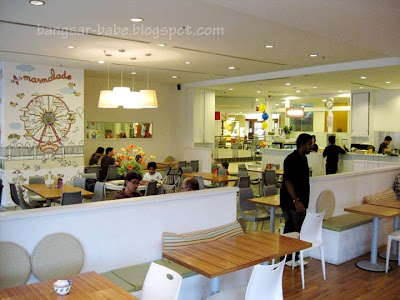 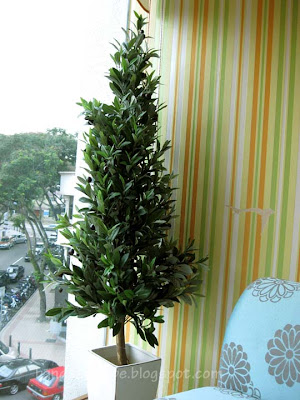 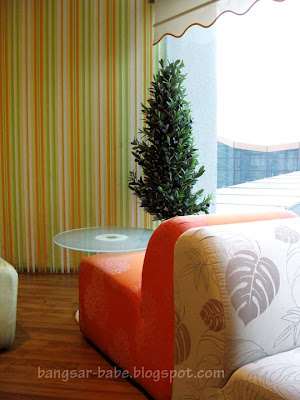 And we spent the rest of our evening lazing around and people watching from the window.