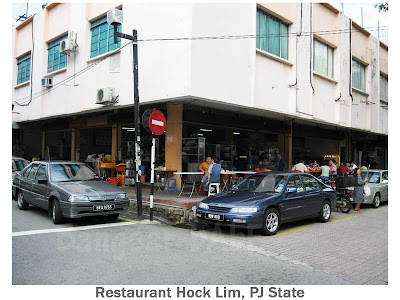 I usually don’t have time for breakfast on Saturdays, as I give piano lessons in the morning. Since I had a free Saturday morning last week, rif took me to Hock Lim, PJ State for breakfast. 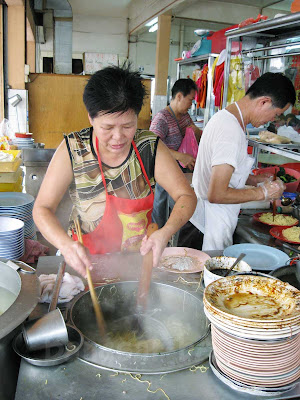 At 9am, Seng Kee Wantan Mee was the busiest stall in the coffeeshop and we were there specially for the noodles. According to the auntie, she has been selling wantan mee for more than 30 years! 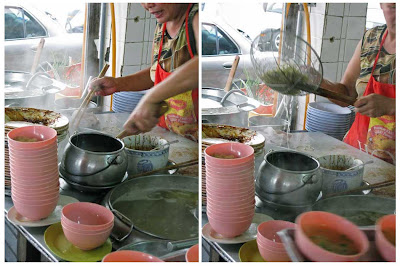 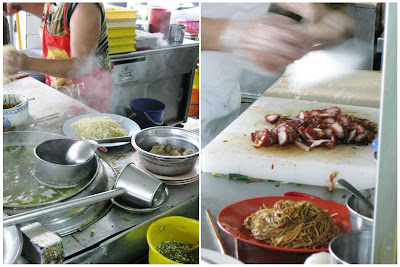 We ordered a large plate of char siew wantan mee (RM5.30) to share. Almost every table in the coffeeshop had a plate (or more) of wantan mee. There were a few people waiting for their noodles, so it took about 10 minutes before ours arrived. 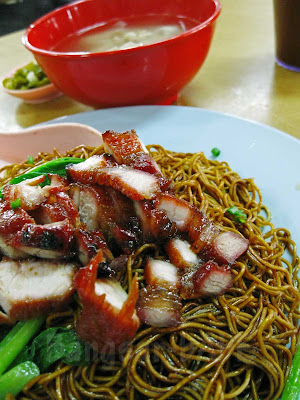 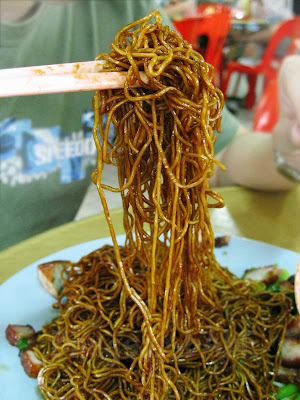 The noodles had a springy and chewy texture. As seen from the photo above, each strand was well-coated with sticky dark sauce. rif usually orders the “cho mein” (broad egg noodles), but it is only available on Sundays. 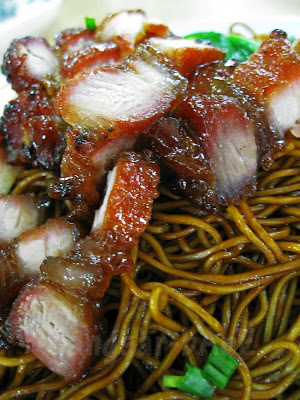 The char siew was very good – I felt that this was the highlight of the meal. Although it did not literally melt in my mouth (not as fatty as I like it to be), it was tender and well-flavoured. 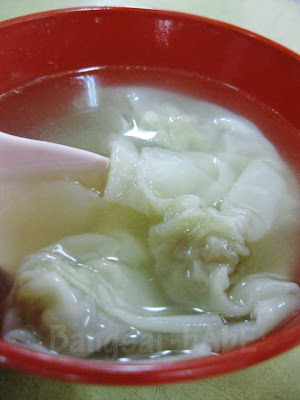 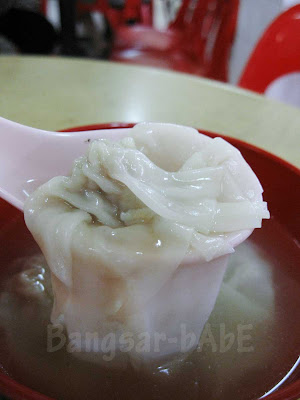 The wan tan had a soft, smooth skin that glides down the throat easily. I detected a strong hint of MSG in the soup, so I did not finish it. 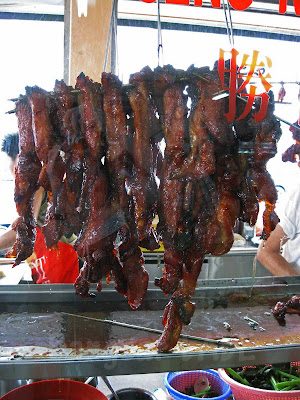 They run out of char siew very quickly, and only steamed chicken is left after that. Get there earlier if you want a share of the sticky, sweet and tender BBQ pork. 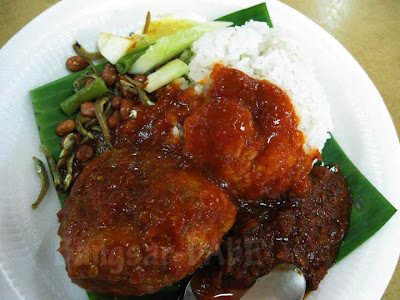 I spotted a queue at the nasi lemak stall in front of the coffee shop, so I ordered one with ayam merah (RM3.80) to try. It was disappointing – the rice was not as creamy or fragrant as I like it to be. 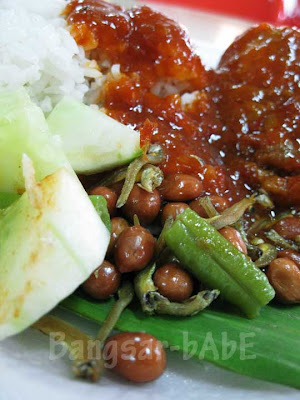 On top of that, the sambal was not spicy enough and the chicken was terribly dry. A good thing I asked for extra gravy, else I wouldn’t be able to eat the chicken! 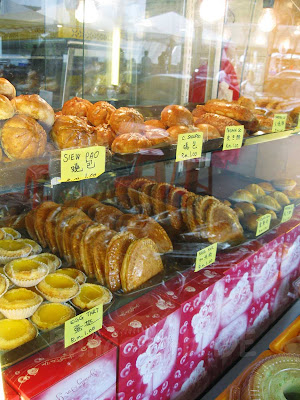 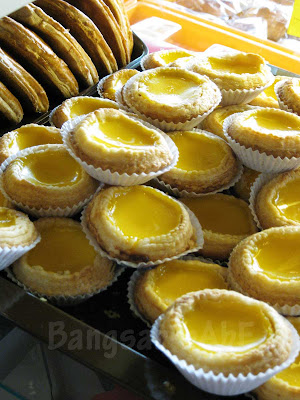 We also bought some egg tarts (RM1 each) from the pastry display at the coffeeshop. The tarts had a buttery, flaky crust and egg custard filling that was not too sweet. Not bad, but I prefer Tong Kee’s version to this.

I enjoyed my breakfast, and would definitely come here if I ever crave char siew wantan mee. For RM5.30 (large plate), it is slightly on the pricey side but the hearty portion makes up for it.