When Krispy Kreme opened on the 27th April 2009 in Berjaya Times Square, rif queued up to get me some donuts (I was at work). Pictures are taken by rif, and text is quoted from him. 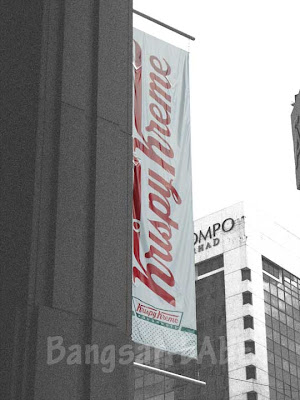 I reached Berjaya Times Square at 11am with my friend, Hoi Mun. Already, there was this freaking long line of people/donut fans outside Krispy Kreme. The line was so long, it stretched as far as Papa John’s Pizza. 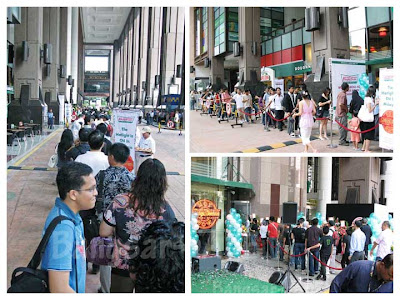 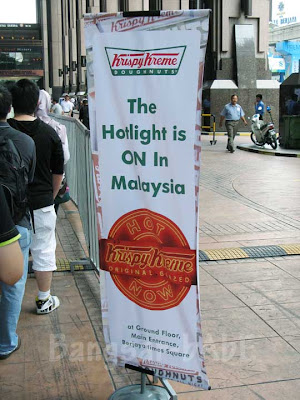 While waiting in line, the Krispy Kreme staff gave us some original glazed donuts to try. It was awesome!!! The sugar coating gave the donuts a sweet, “krispy” outside. I took a bite and the donuts were pillow-y soft on the inside (fresh out of the oven). 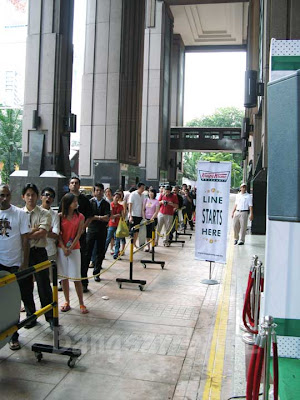 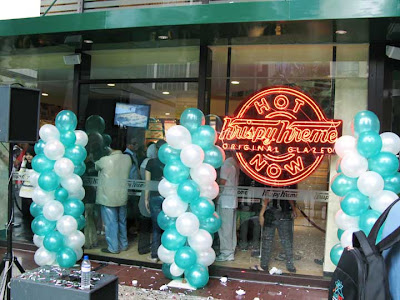 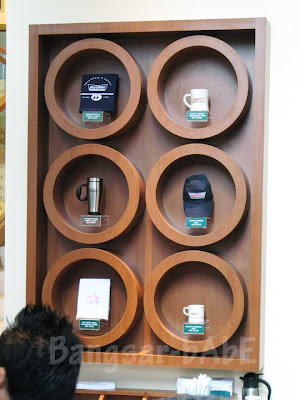 After waiting for about an hour, we finally got to the inside of the Krispy Kreme outlet. 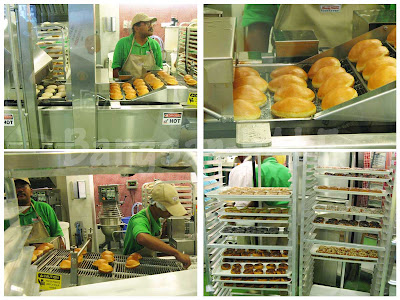 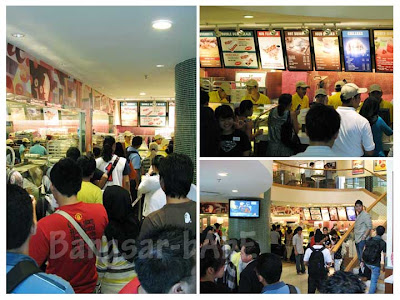 The place was packed, but the staff worked at a rather fast pace. Below are some of the sweet offerings from Krispy Kreme. 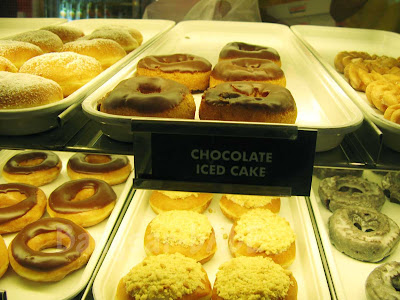 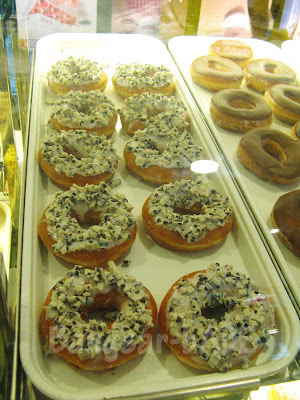 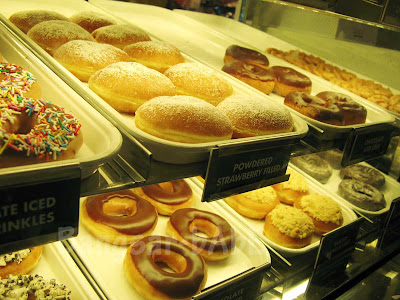 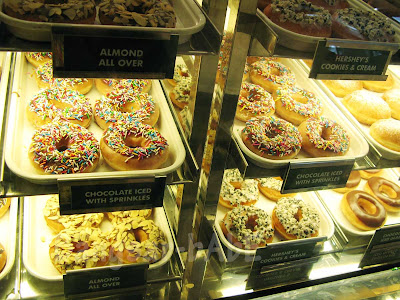 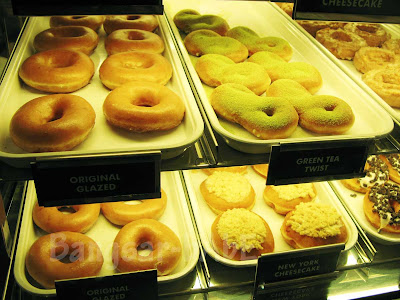 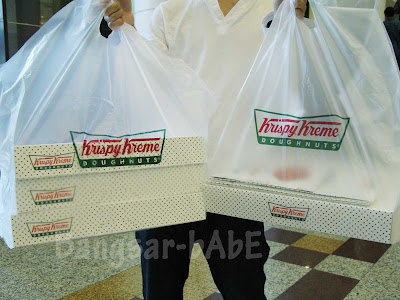 Another 15 minutes or so and we finally got our donuts. Bangsar-bAbE is very greedy, so I got her a dozen original glazed and another dozen of assorted donuts! =P 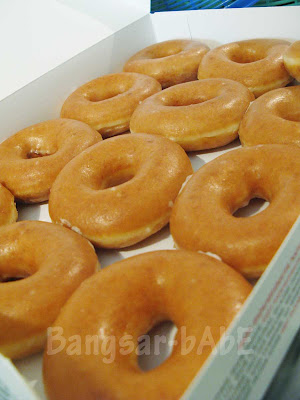 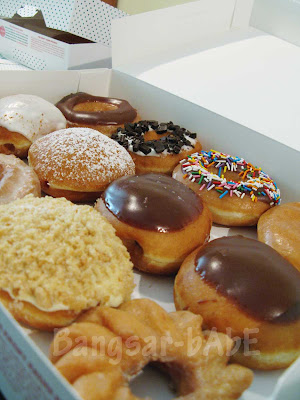 Bangsar-bAbE: I liked the original glazed best. I wanted maple flavour (I always had that in UK) but unfortunately, they don’t have it in Malaysia. 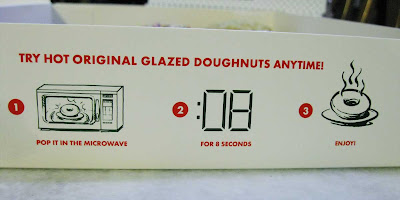 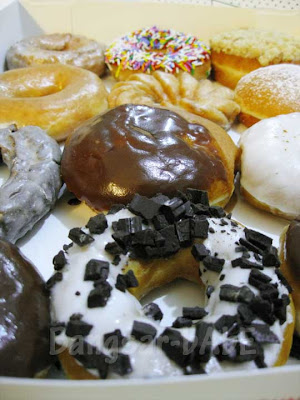 The hershey chocolate donut (the white one with chocolate chunks) was insanely sweet! I could only eat half. Given my victorious track record at J.Co, I only managed 3 donuts that night, plus another 2 from Malcolm earlier in the day. The rest went into the fridge, and some (like the coloured sprinkles and remaining hershey’s chocolate) went straight into my sister’s tummy. =P 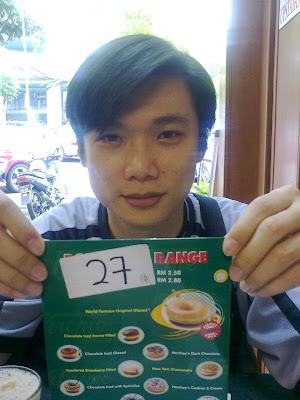 *Malcolm actually went there the day before (he slept there! o_0), and was no. 27 in line. He got a month’s supply of original glazed donuts, which he gave to me. Thanks! =D 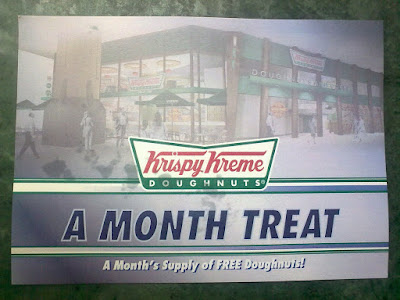 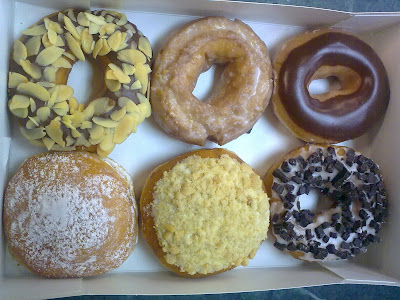 Thanks rif, for being so sweet and queuing up just to get me Krispy Kreme donuts. Muakss!!! =D