Growing up, I took this for granted, until I went overseas to study. During winter, all I could think of was the red wine chicken soup. I was really surprised when BSG told me they make their own red rice wine. They even gave me a bottle to try. =D 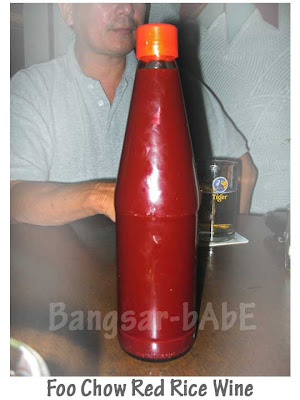 Mum noticed the bottle in the kitchen the next morning and asked me where I got it from. She then offered to make me red wine chicken soup with mee suah for dinner that night. How could I possibly resist?? 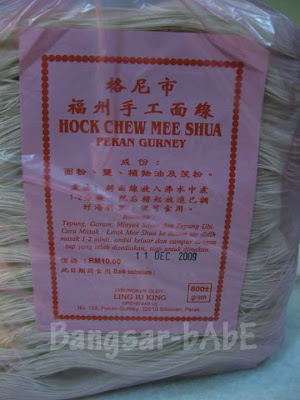 Plus she had 3 kampung chickens courtesy of grandma in the freezer (from her trip to Sitiawan a few days back) and mee suah from dad’s cousin sister. How lucky! =D 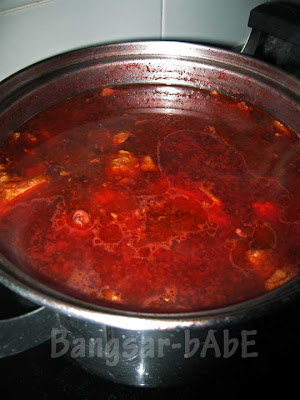 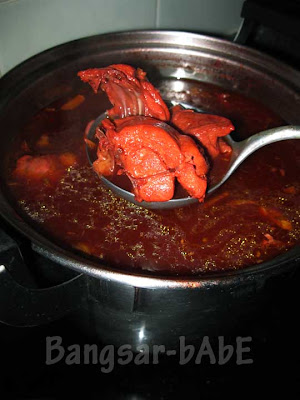 It was pouring that night and I was happily tucking into my piping hot bowl of soup. Shiokness!! Mum knows I like my red wine soup with LOTS of ginger (Bentong ginger only) and plenty of wine. 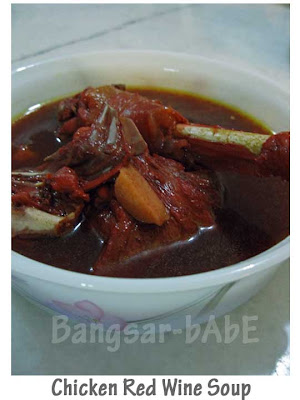 The red rice wine was really good stuff! Even my parents gave it the thumbs up. We were only allowed to have one bowl each because mum used ¾ the bottle of wine! 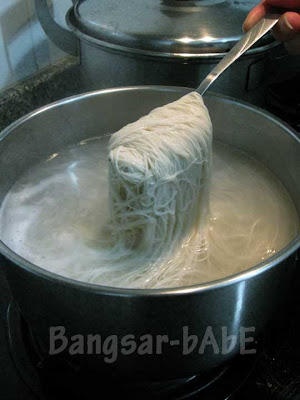 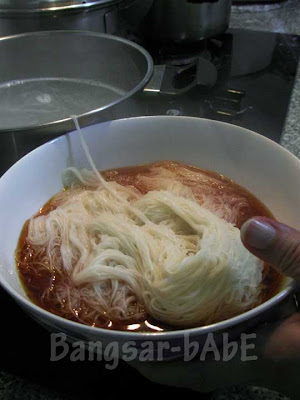 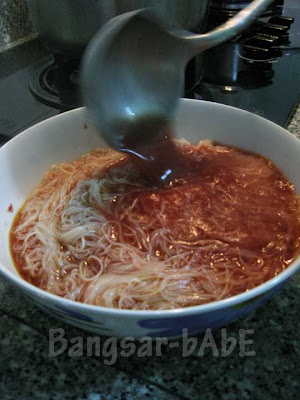 The mee suah was soft, smooth and still retaining its bite. For the mee suah to still be firm, it has to be blanched in boiling hot water for no more than 1-2 minutes. 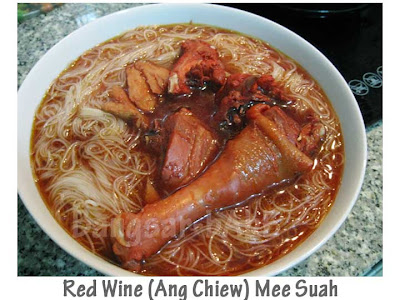 Glorious red, fragrant and full of kick, I relished every mouthful. As soon as mum went upstairs, I quietly sneaked into the kitchen and had another bowl of soup! Then I turned red, happy and light-headed. It’s quite strong and a little heaty, but damn good! Thanks BSG for that SUPER SHIOK red wine!

Here’s the recipe just in case!

Method:
Heat sesame oil in a wok. Add in ginger. Cook till brownish and fragrant. Then add in the chopped chicken. Fry the chicken until it’s non-bloody and pour in red wine. Add BOILING water as the soup base. Simmer on low fire for 40 minutes (kampung chicken is tough) or until chicken is tender. The amount of red wine added is up to individual preference. Add salt to taste.

In a separate pot, blanch the mee suah in boiling hot water. After 1-2 minutes, remove immediately and toss it with red wine and some oil from the soup. Add in more soup before serving.

Mum just said I got her method wrong…above is the new edited version! =P
CookingHomemadeNoodles
FacebookTwitterPinterestWhatsapp