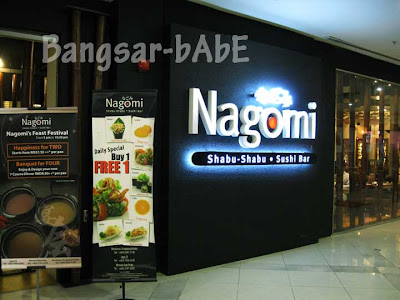 It was Han’s birthday last month and we had dinner at Nagomi Shabu-Shabu, Hartamas Shopping Centre. Since there were five of us, I requested for a private room. 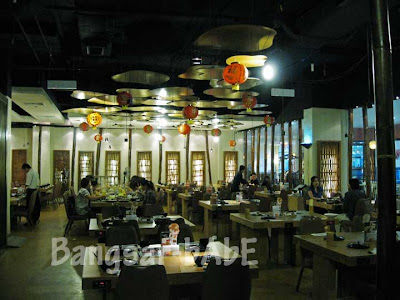 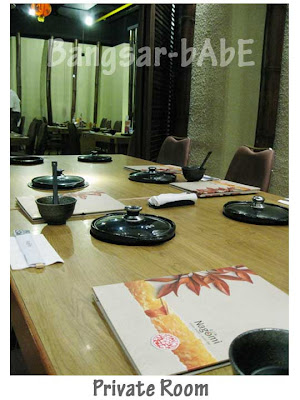 I ordered the duck shabu-shabu set, Jeen had the rib-eye set while the rest had the chicken set. All sets come with a choice of broth (Nagomi, Chicken or Spicy), a bowl of rice and assorted vegetables. 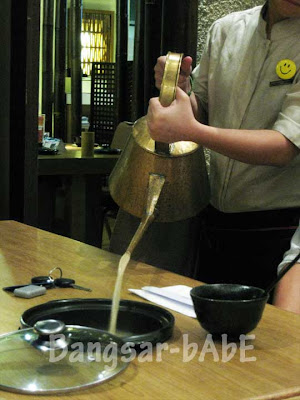 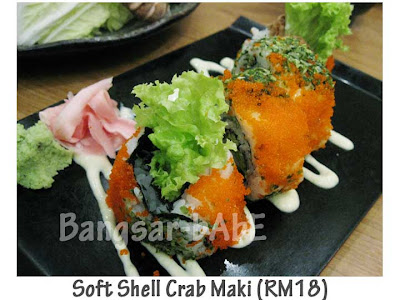 We also shared a plate of Soft Shell Crab Maki. Crispy soft shell crabs wrapped with rice roll, coated with fish roe and served on top of mayo drizzles, it was scrumptious! 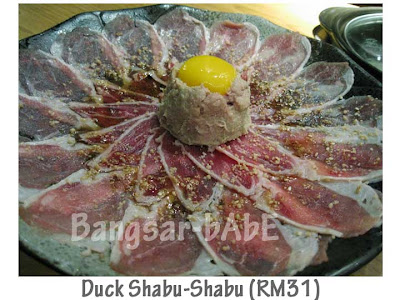 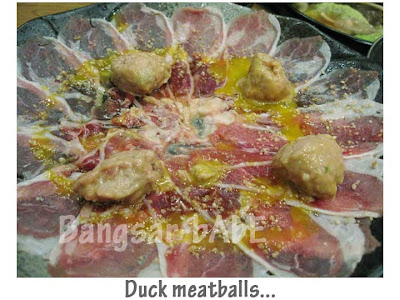 The duck set comes with duck slices and minced duck meat in the center with a raw egg on top. The waiter formed meatballs out of the minced duck. The duck slices were tender and the meatballs, very well-flavoured. 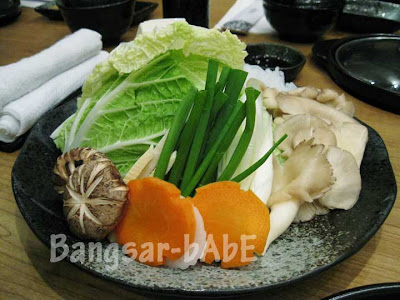 The vegetables were very fresh and crunchy. Surprisingly, I finished all of it – an amazing feat for a carnivore like myself. Apparently, they soak the vegetables in icy salt water for 20 minutes to prevent oxidization and remove pesticides, residues, dirt, insects and bacteria.

There are 5 steps to Shabu-shabu: 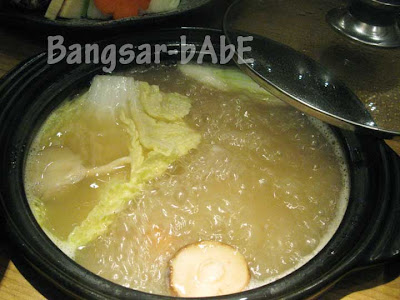 1. First, cook the white vegetables, mushrooms, bamboo shoots, onions and leeks to enrich the broth that will later bring out the sweetness of the meat.

2. Dip the meat slices into the boiling broth, and swish it back and forth for less than a minute.

3. Then dip the cooked meat in Chili, Ponzu or Goma sauce.

4. Alternate between cooking the meat with other green-leaf vegetables and tofu.

5. Pour the bowl of steamed rice into the now “kao” broth. Let the congee simmer a little, enabling the rice to absorb all the goodness from the broth. 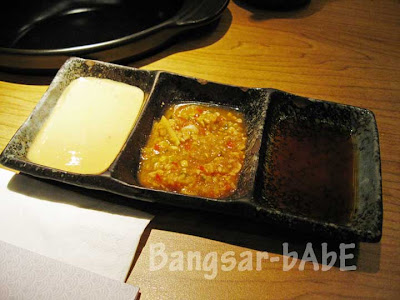 Of the three dips, I liked the Goma (sesame) best. Made from ground sesame, soy sauce, kelp stock, sake and sugar, with a combination of seven different sauces. Very peanut-y. Ponzu sauce is made of soy sauce and juice pressed from a bitter orange, sweet sake and kombu (kelp). The chili sauce was alright, I didn’t fancy it much. 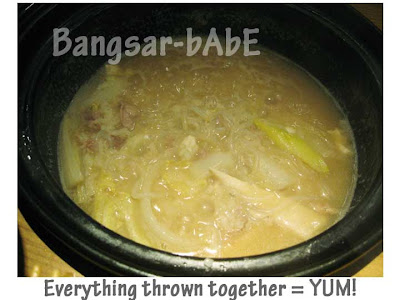 Towards the end, I poured the rice, balance of duck slices, vegetables and tofu into the very flavourful broth. The result was a delicious combination of rich, savoury broth, ingredients and rice, with a porridge-like consistency! 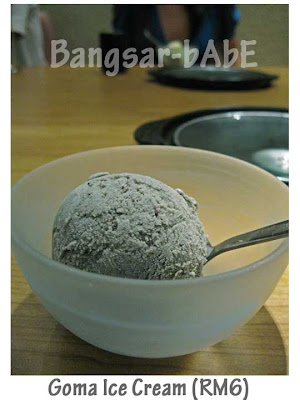 All in, dinner cost RM261.05 for the 5 of us. Slightly more than RM50 per head. While the atmosphere is good, I found it slightly on the expensive side.