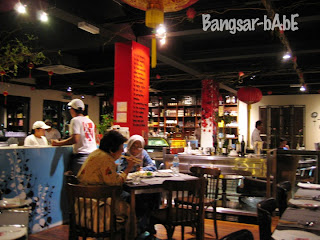 Later that night, rif and I met up with Jeen for dinner at Chef & Brew. We were there mainly for the desserts from Just Heavenly Pleasures. After looking through the menu, rif decided on the Sizzling Grilled Chicken while Jeen ordered the Chef & Brew Club Sandwich. I had the Grilled Chicken Fillet with Mushroom Sauce. 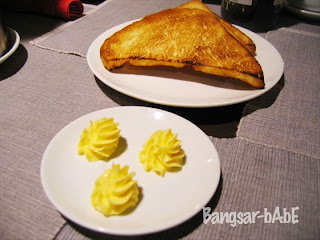 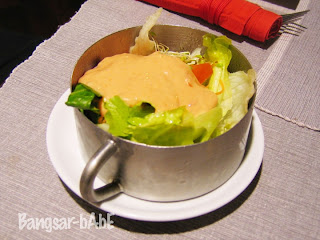 We were served three slices of toast with butter…not bun. I’d have preferred a bun. rif’s chicken came with a salad. Very ordinary…something you can assemble yourself at home. 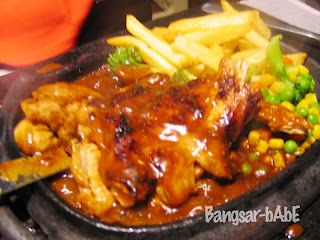 rif had to wear a bright red bib for his meal…muahahaha. Lucky I didn’t order that. :P His sizzling chicken was alright. I thought it was a bit on the salty side. rif said it was ok…that boy loves his black pepper sauce. 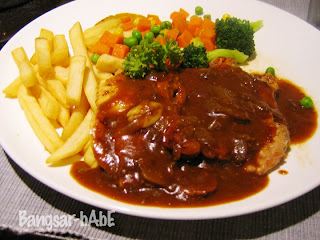 My grilled chicken was average. Again, I thought it was too salty. rif thought it was nice. 0_0 The crinkle-cut fries were nothing to shout about. They are the frozen ones you get from supermarkets. I preferred rif’s chicken to mine…the only thing that puts me off about it was the bright red bib. 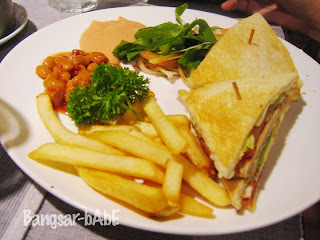 Jeen’s sandwich wasn’t impressive. The bread was soggy at the bottom. A big no-no to us. The filling was alright. Egg, ham, cheese and chicken assembled between three slices of bread. O’Briens taste much better than this. 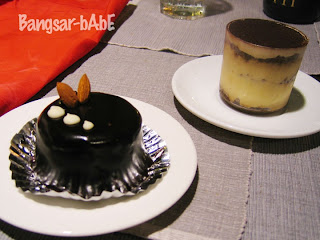 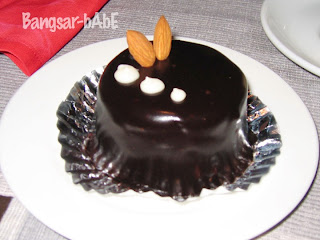 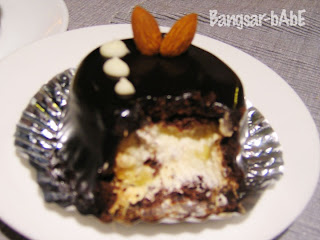 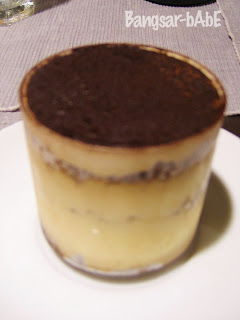 The tiramisu didn’t quite impress me. It was too bitter and had little or no alcohol. Maybe we should have taken the sticky butterscotch cupcake or the brownie.

Dinner came up to RM 84.52 for the three of us. We all agreed that dinner was so-so but the Durian Chocolate was good. Jeen doesn’t like durian but we managed to get her to eat some. :) I’ll come back for more desserts and maybe try their other dishes.