When it comes to Thai food in KL, I tend to stick to my regular spots because I’ve been visiting those restaurants for years. Jien however, is always keen to explore and see if there is something better out there – a trait I really appreciate because it gives this blog content. 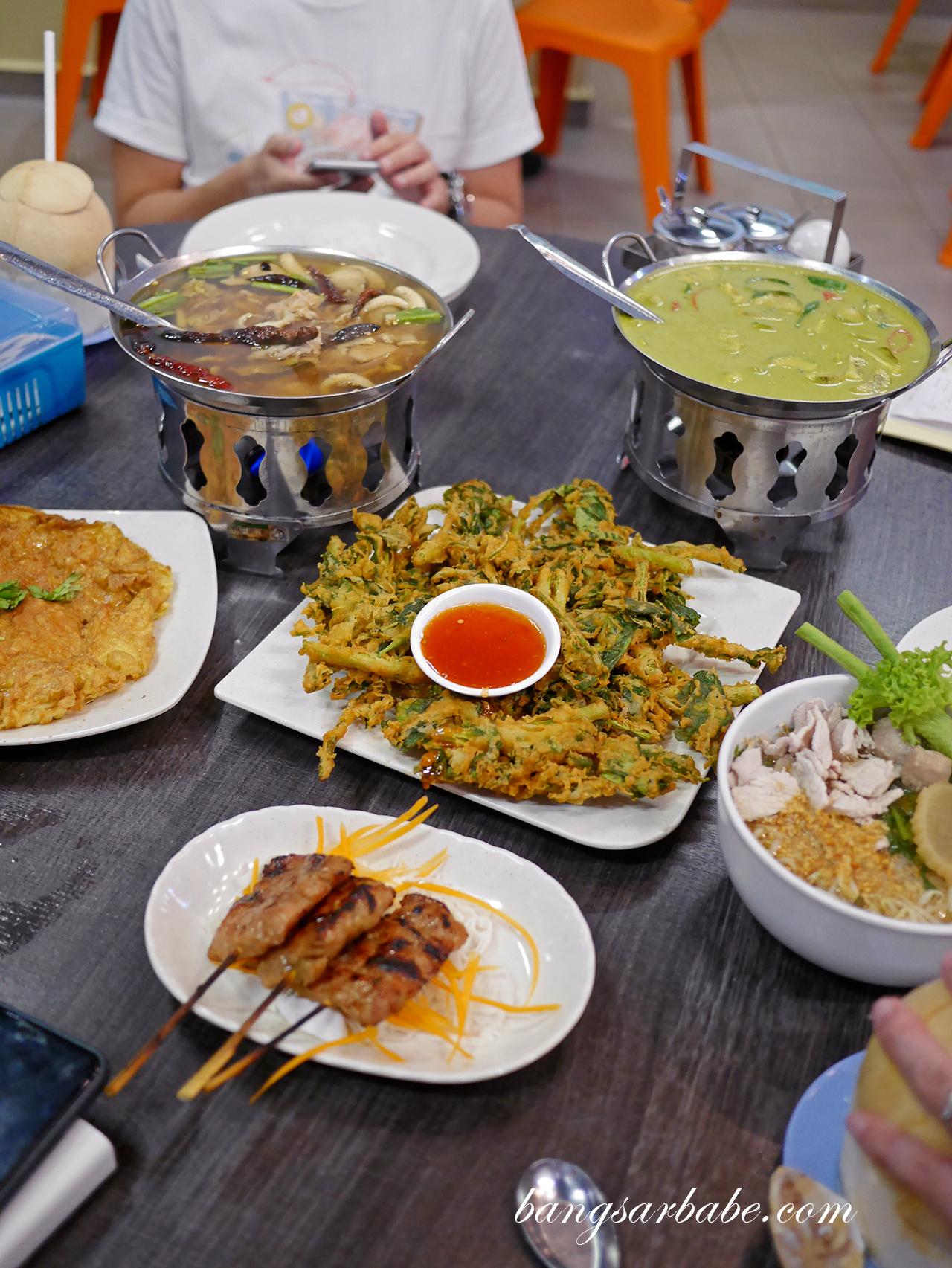 We were craving Thai last weekend and instead of going to our favourite joint in Taman Desa, he suggested we give Thai Gourmet in Bandar Puteri Puchong a shot. Mainly because we were in the vicinity and he wanted to see if there was anything good to check out in the area. 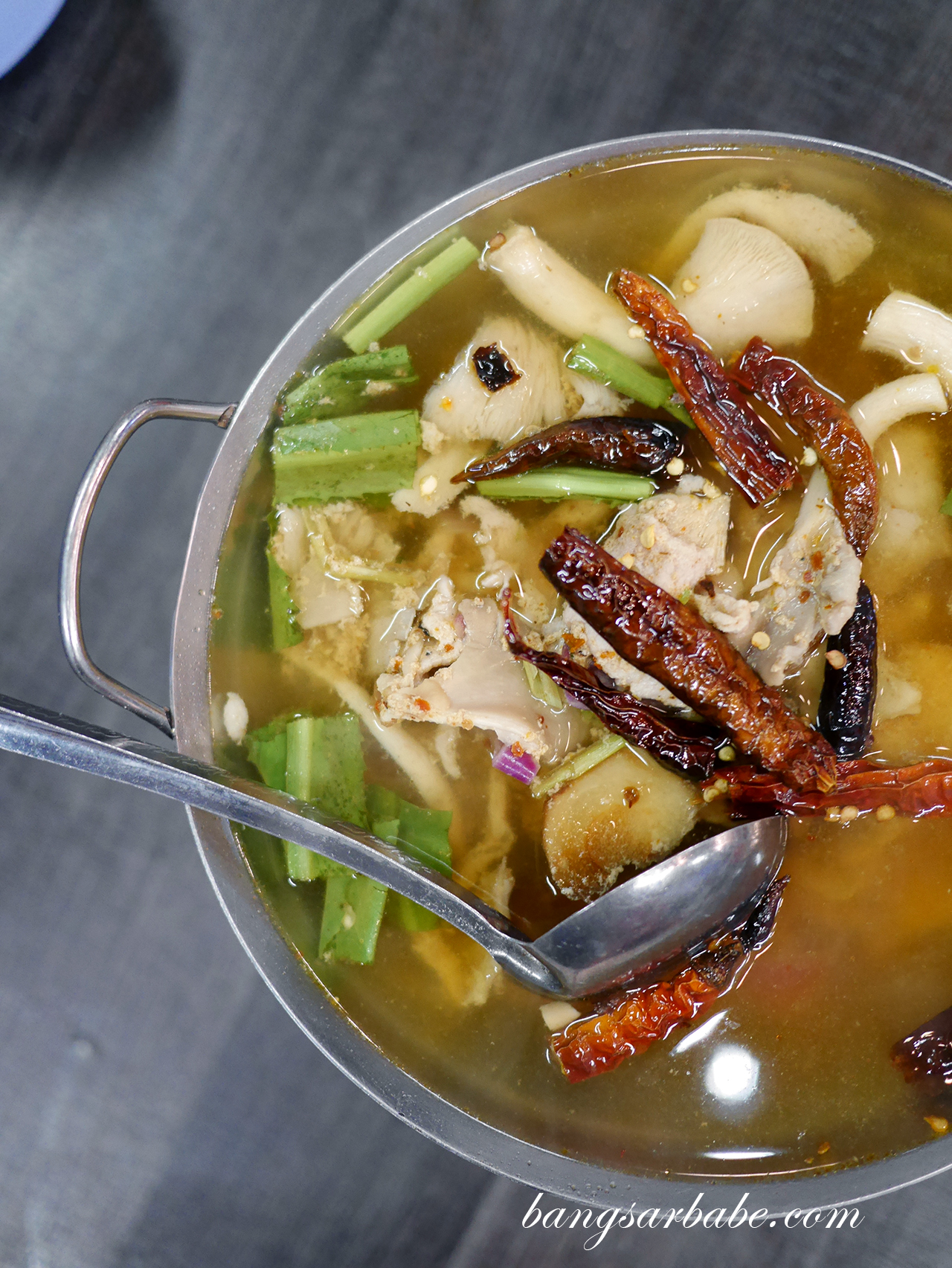 On a Sunday night, Thai Gourmet was pretty crowded and waiting time for food was slightly over 30 minutes. Everything is cooked to order so you will need to wait especially if it’s peak hour. The Thai Style Spicy Soup (RM25) comes with an option of pork or chicken – we opted for pork. 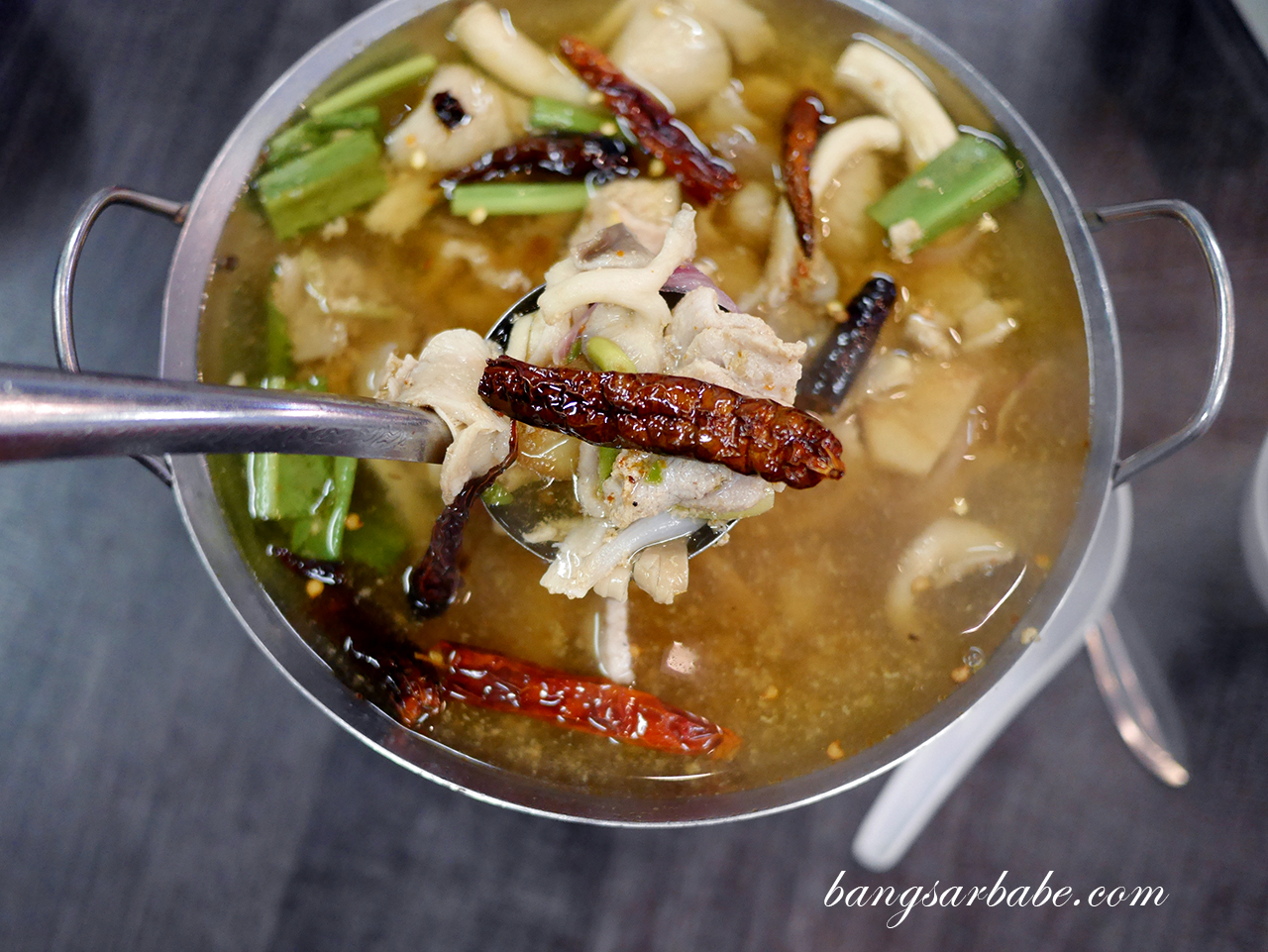 Flavours are robust so you get a lot of spicy, savoury and tangy notes coming through with plenty of kick from the lemongrass. I feel the pork slices were a tad dry so that’s a bit of a let-down since the broth was tasty. 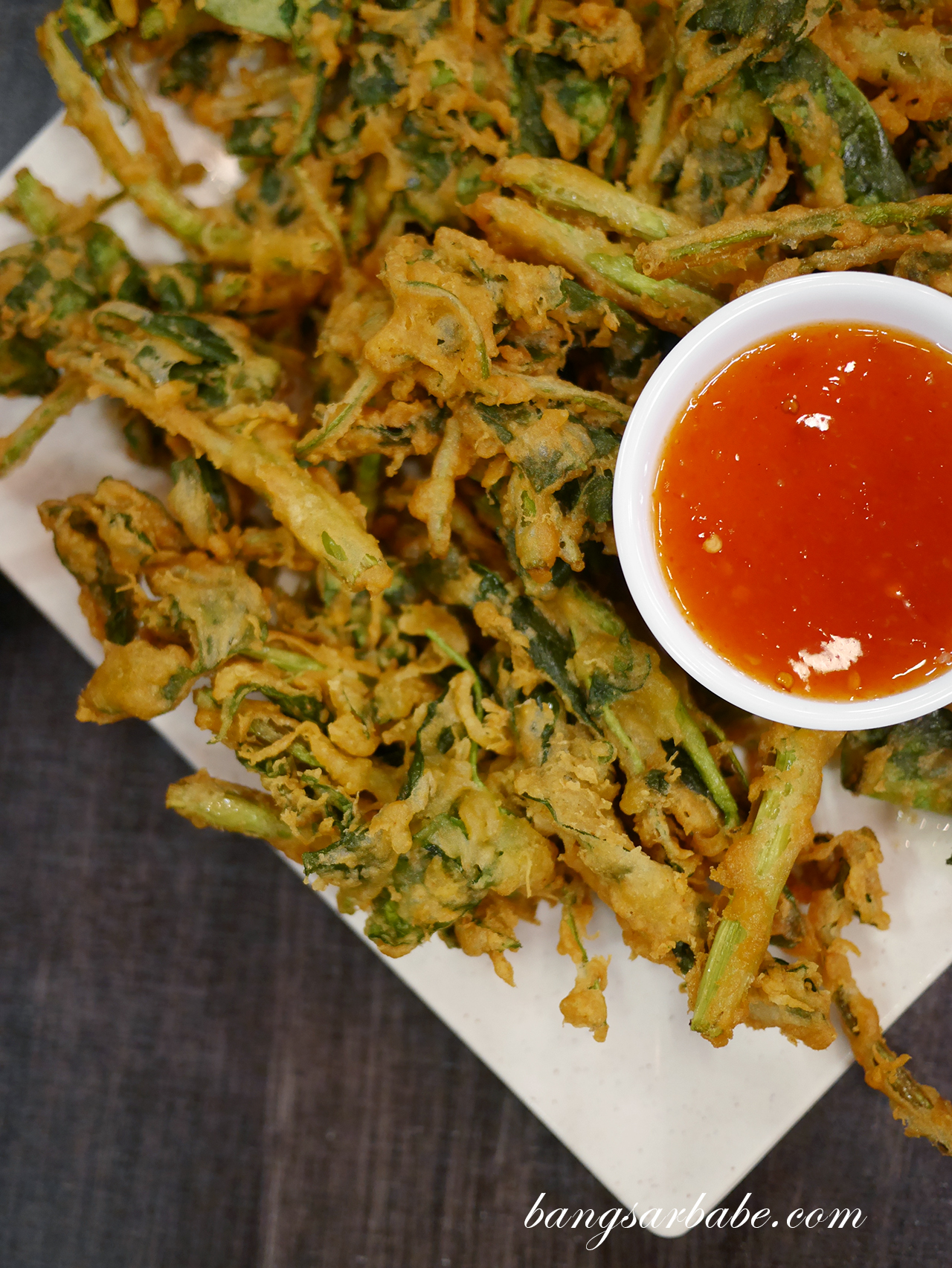 I was looking forward to trying the fried water spinach (RM16) as it’s been a while since I had a good one. Unfortunately, Thai Gourmet’s version leans towards the oily and heavy side so instead of a light and crispy batter, we were dealt with a batter that was admittedly crispy but also heavy and greasy from the oil. 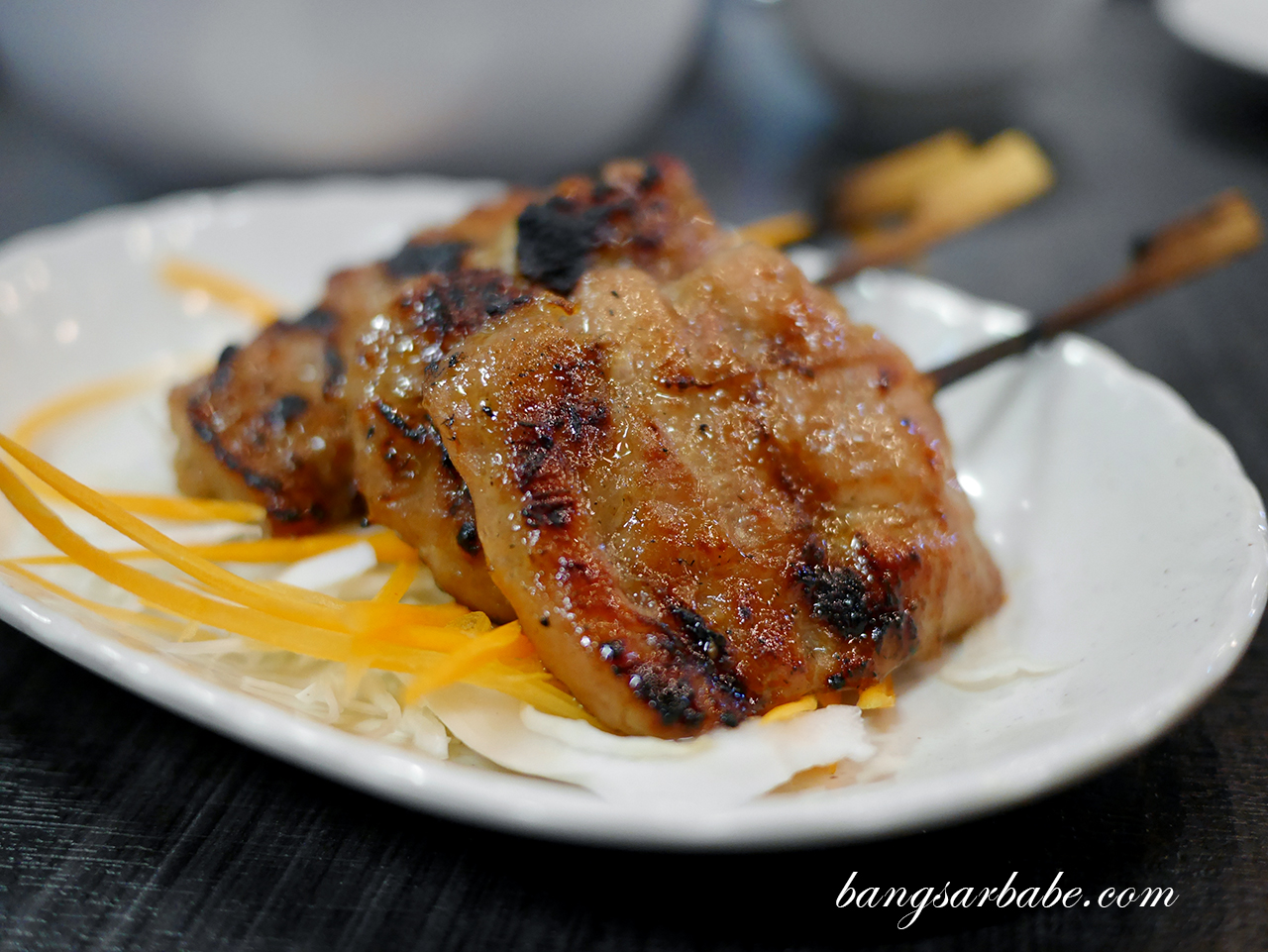 Thai Grilled Pork (RM10 for 3) happens to be one of my favourite things to eat at a Thai restaurant. Sadly, both Jien and I thought the one at Thai Gourmet failed to hit the spot – it had a rather chewy texture, like a cross between pork and fish cake. I reckon the meat wasn’t properly grilled, so the fat didn’t render off nicely. Also, I found the seasoning a bit sweet. 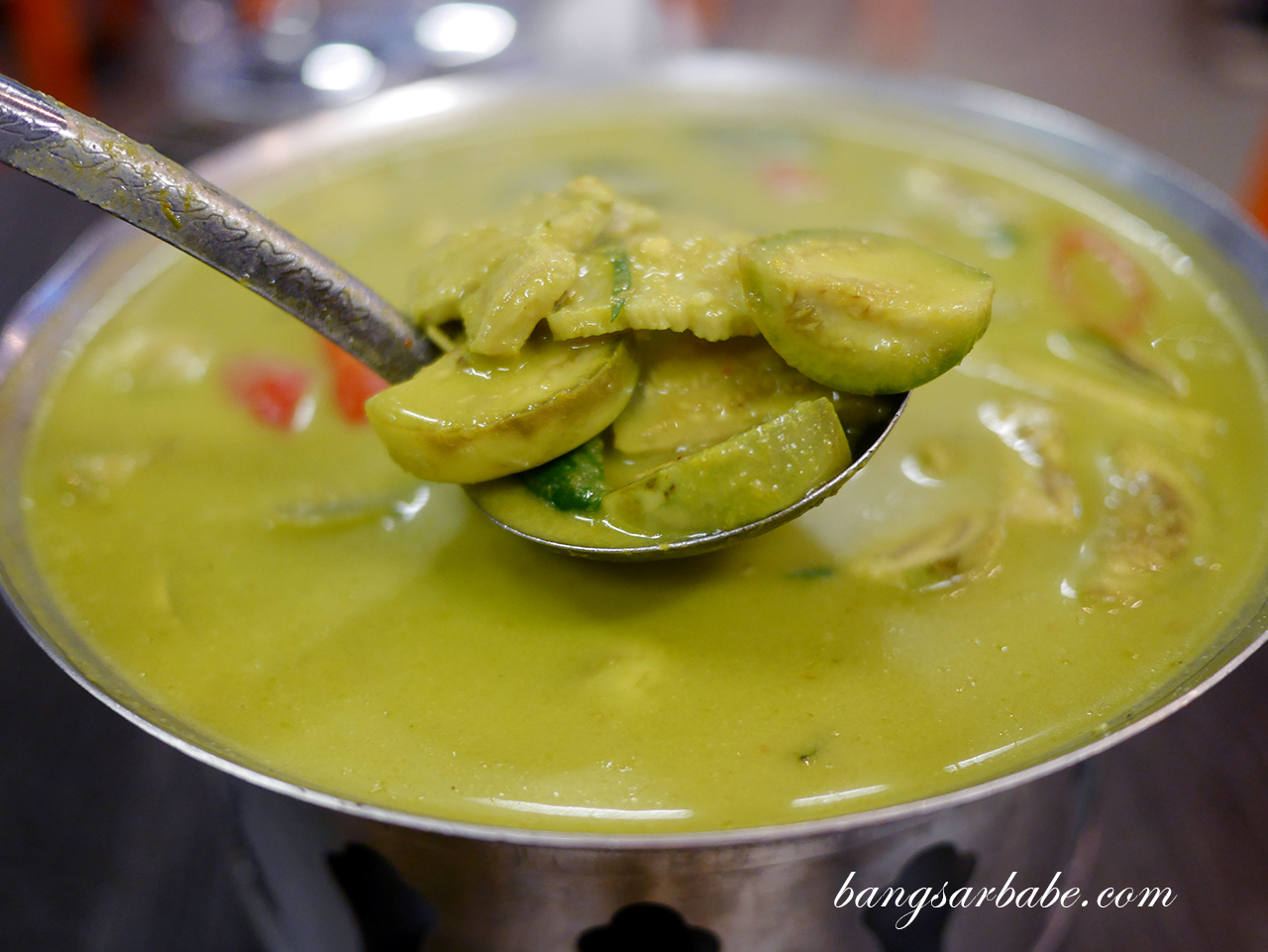 The Green Curry Pork (RM25) was unusually green in colour, to a point it looked odd. For the price tag, there wasn’t much pork slices to go around which was disappointing. Tastewise, it was spicy, thick and creamy enough so if you look beyond the strange green hue and lack of protein, this is a pretty decent dish. 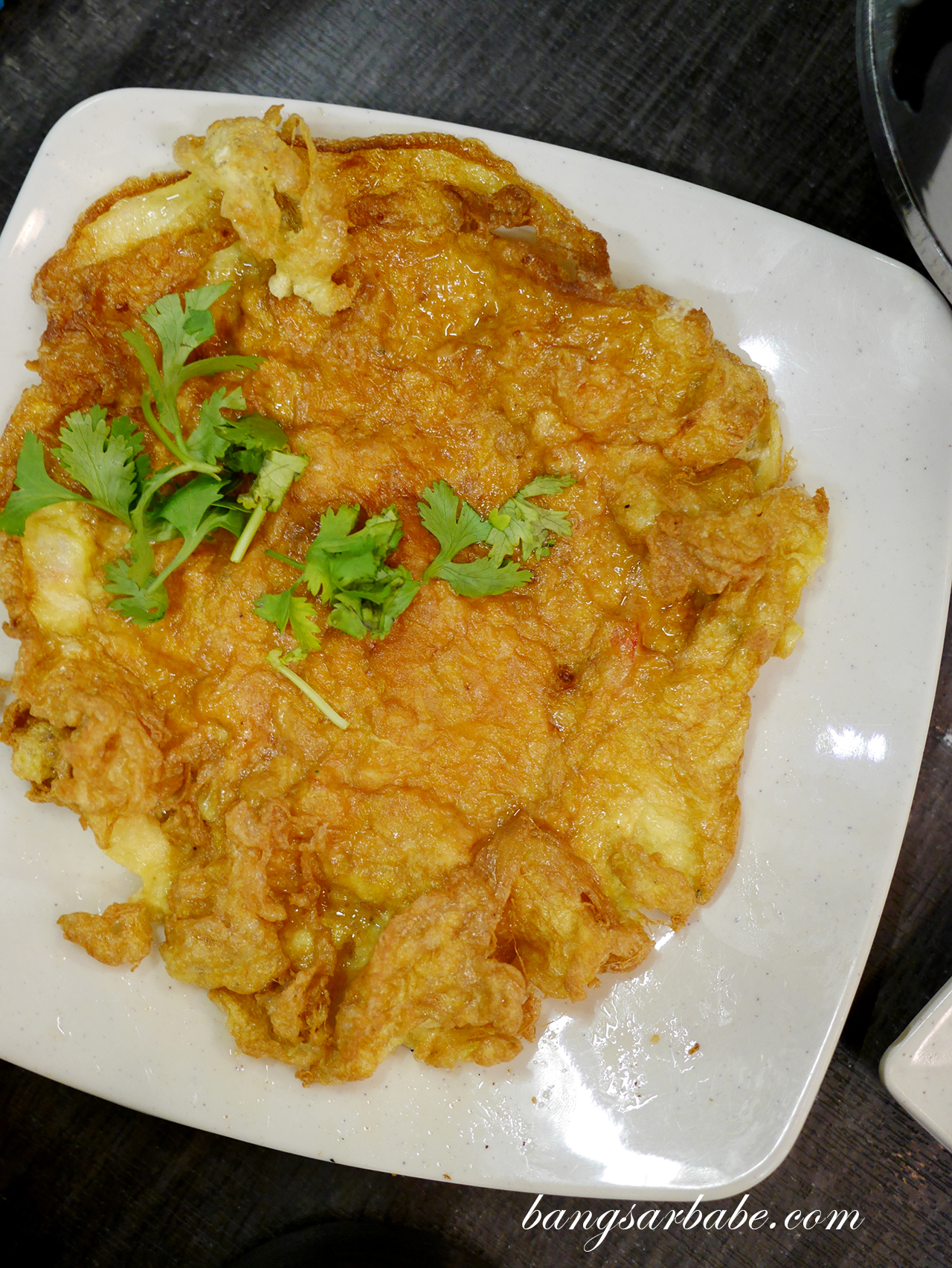 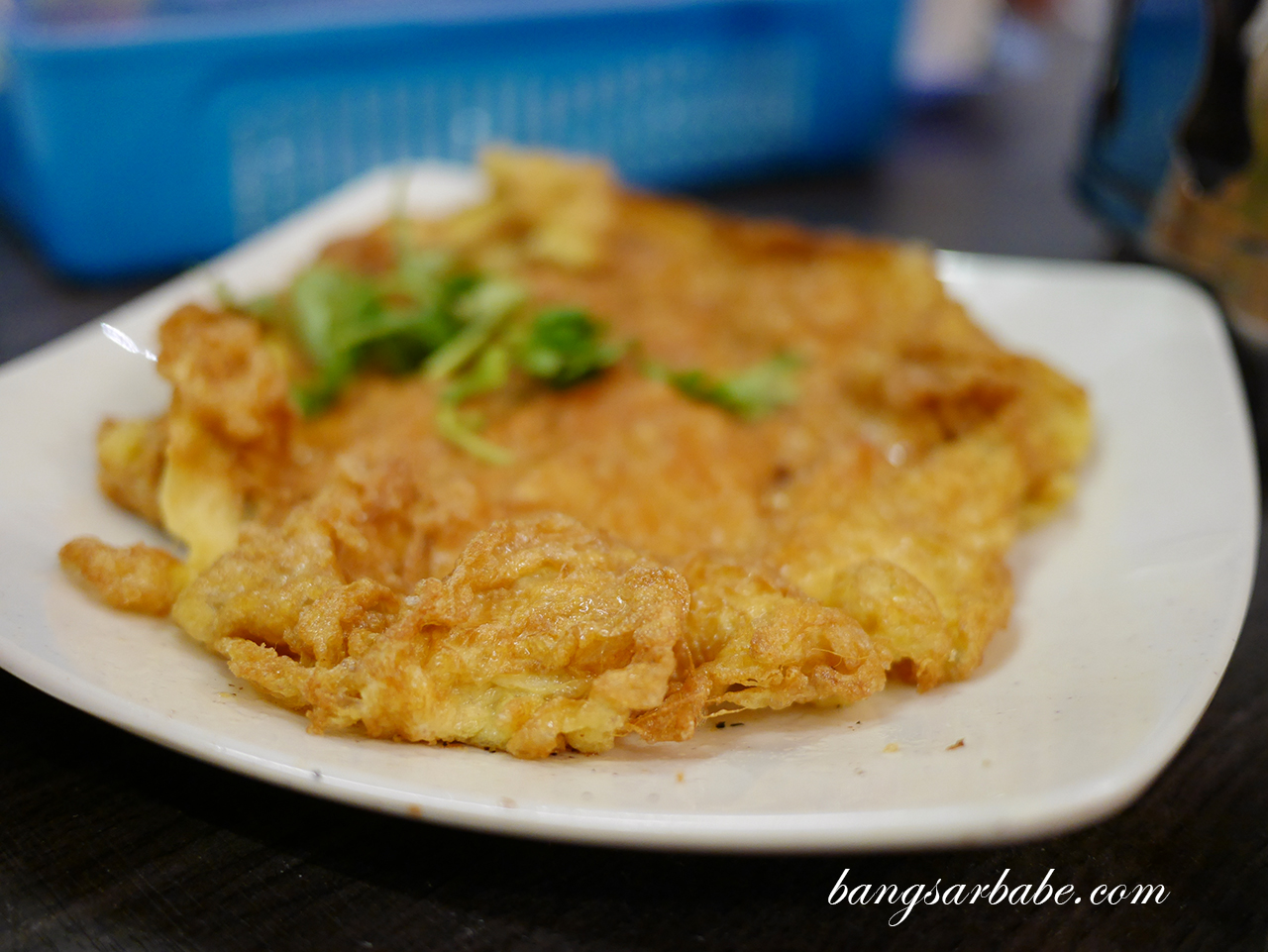 Our friend who joined us asked for a prawn omelette to go with the meal. It was nothing to shout about and I thought the omelette was too greasy. There was no light and fluffy centre and crispy sides but rather, a dense and flat omelette with bits of pork and prawns thrown in. 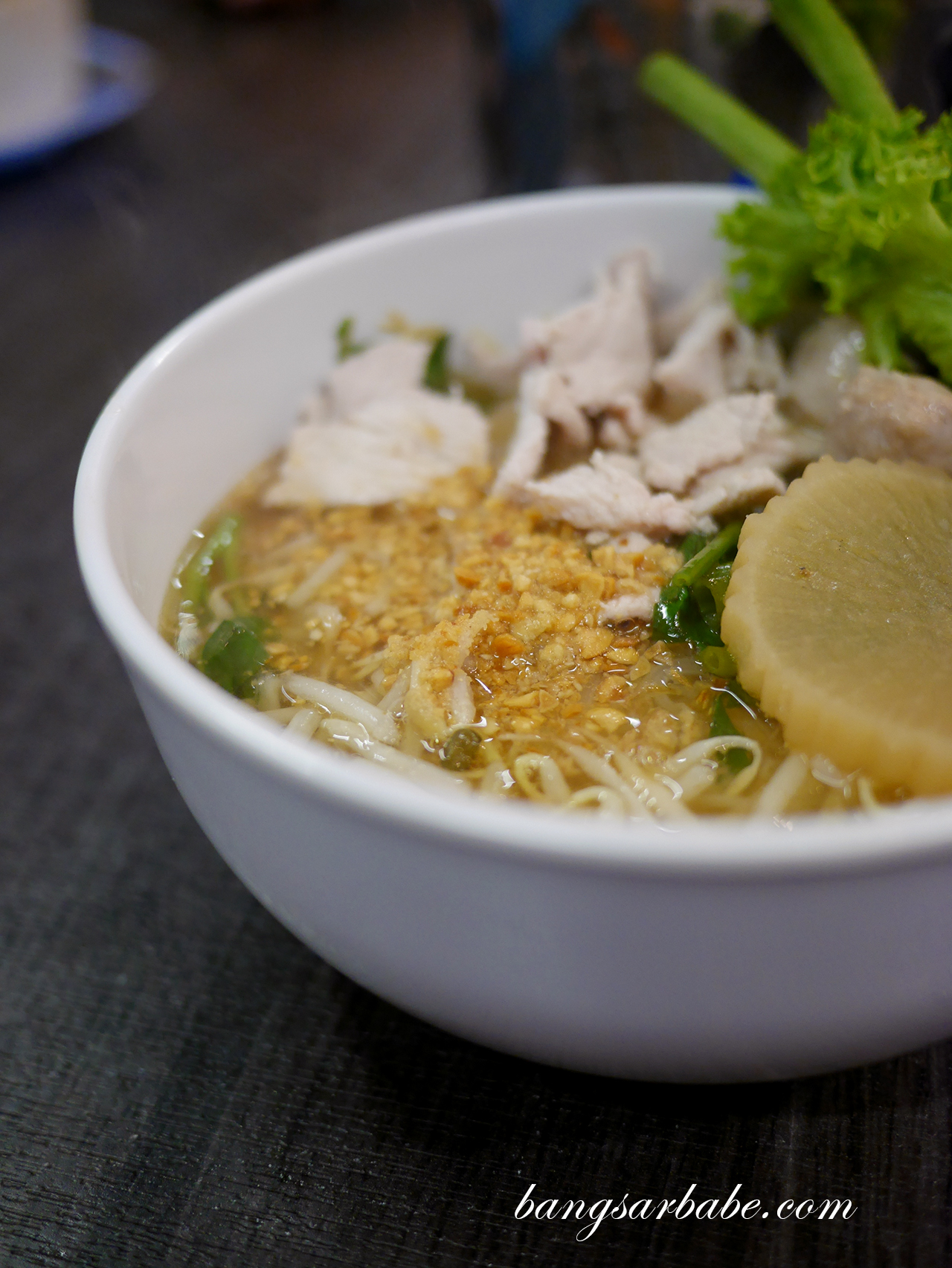 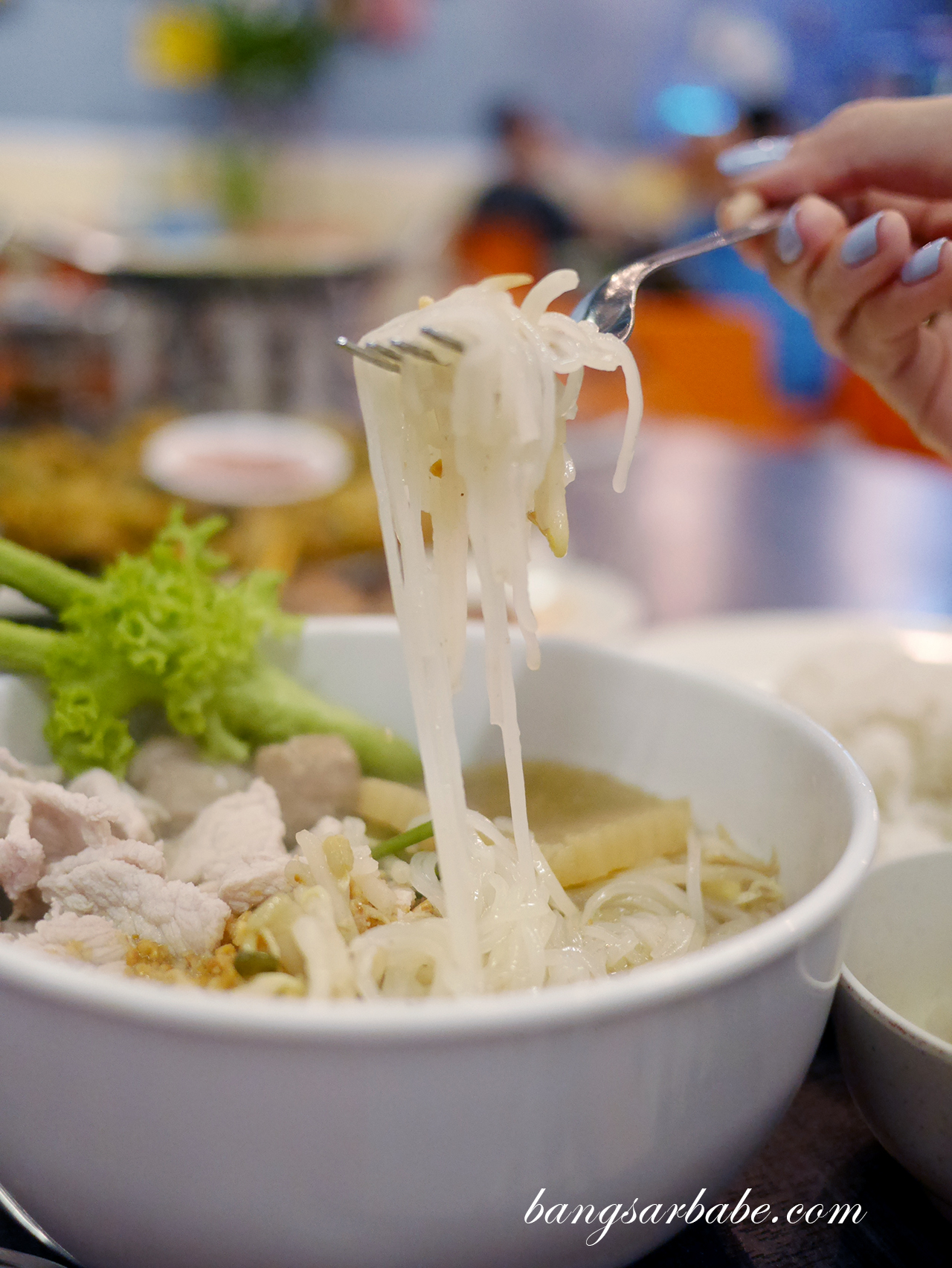 We also ordered a bowl of clear soup noodles (RM8) for May Anne since she tagged along. Portion for this is fairly generous and you get plenty of fried garlic bits in the broth for aroma and flavour. That said, the rice noodles were clumped together so not every strand was immersed in the garlicky broth. A shame really. 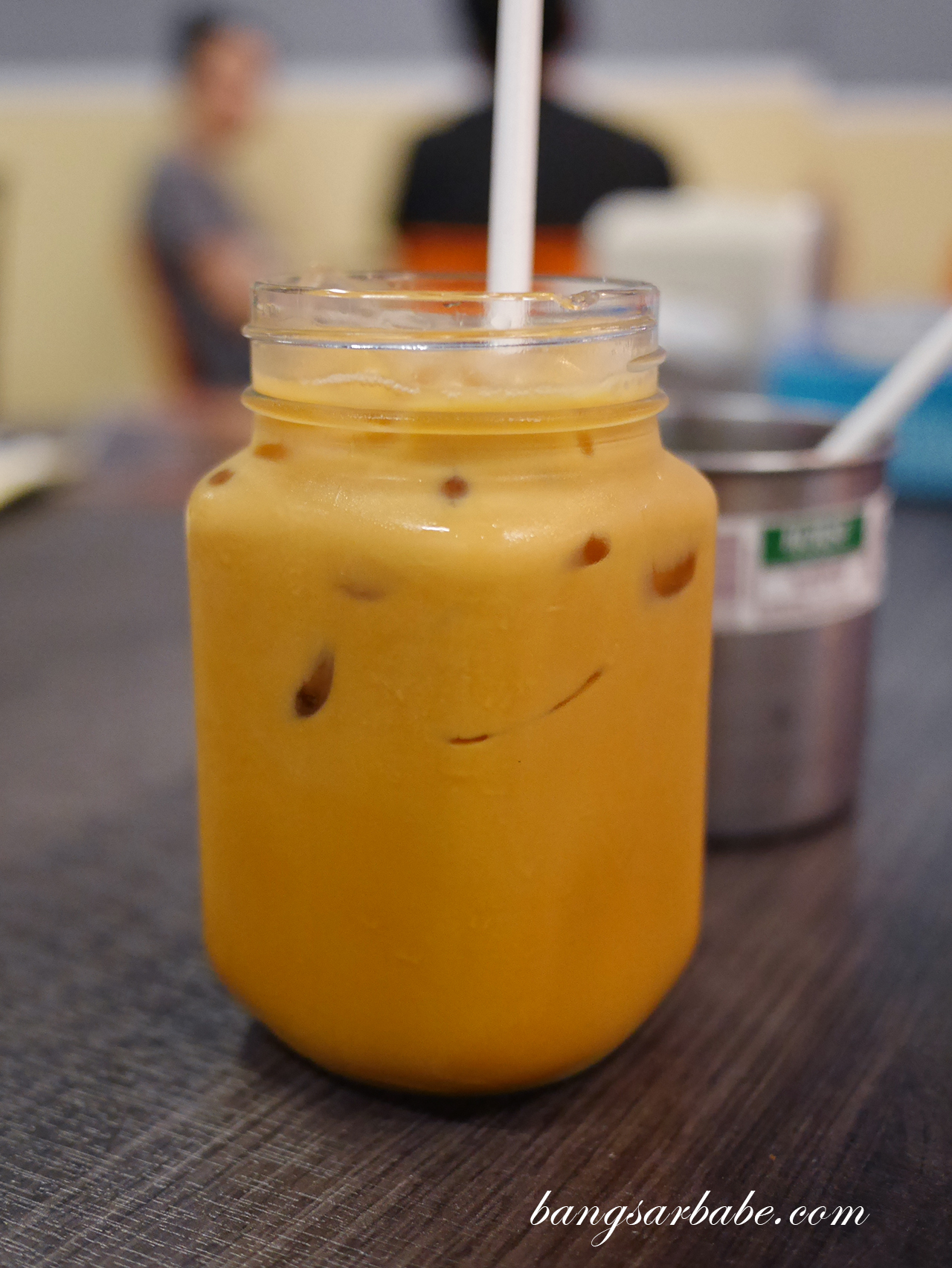 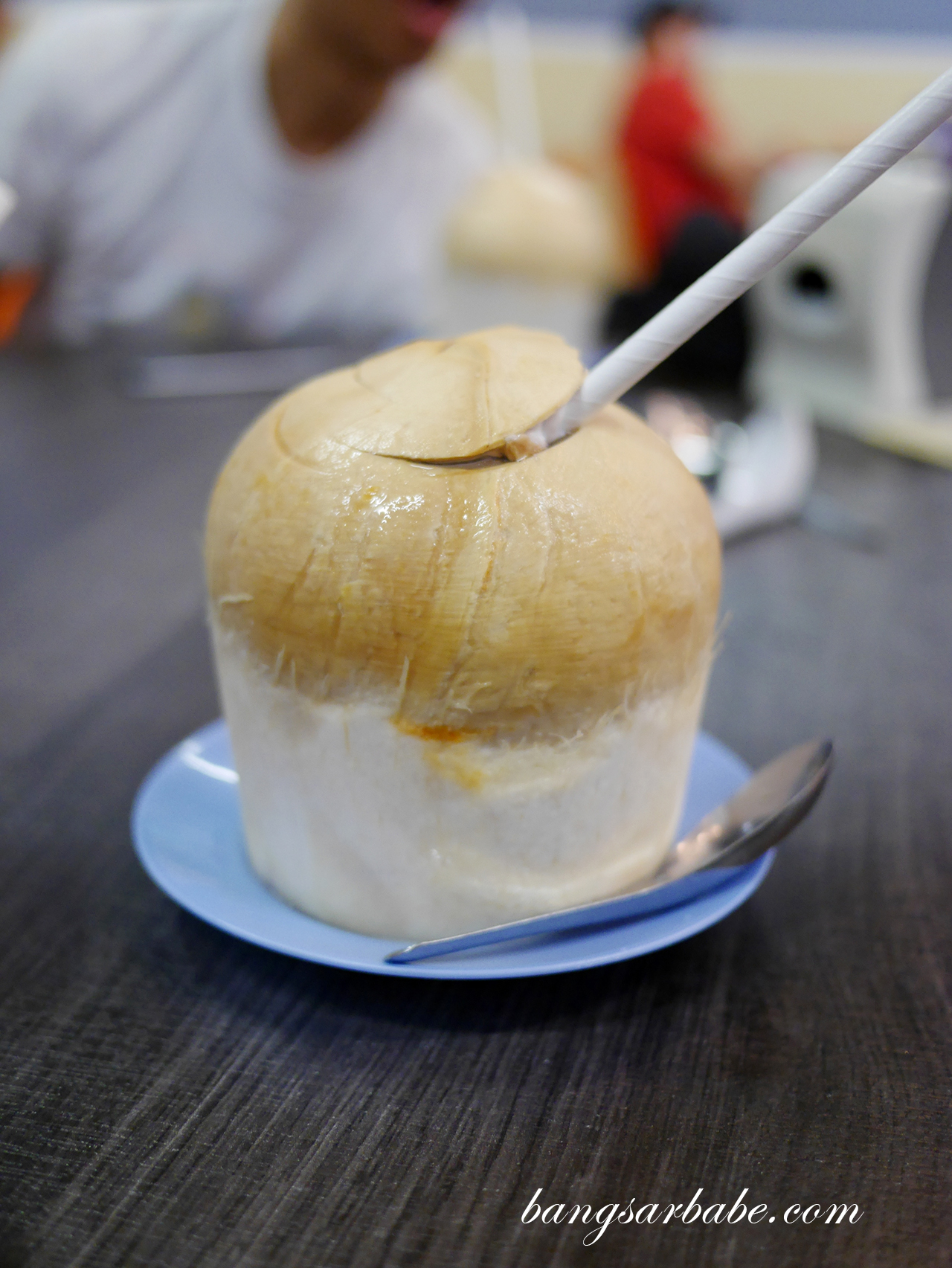 Our bill came up to RM140 for all the above inclusive of a (pretty good) Thai iced milk tea, two coconuts and a cup of pandan water. Not exactly cheap and food was average, in our opinion. I think Jien might have regretted his adventurous decision this time around. 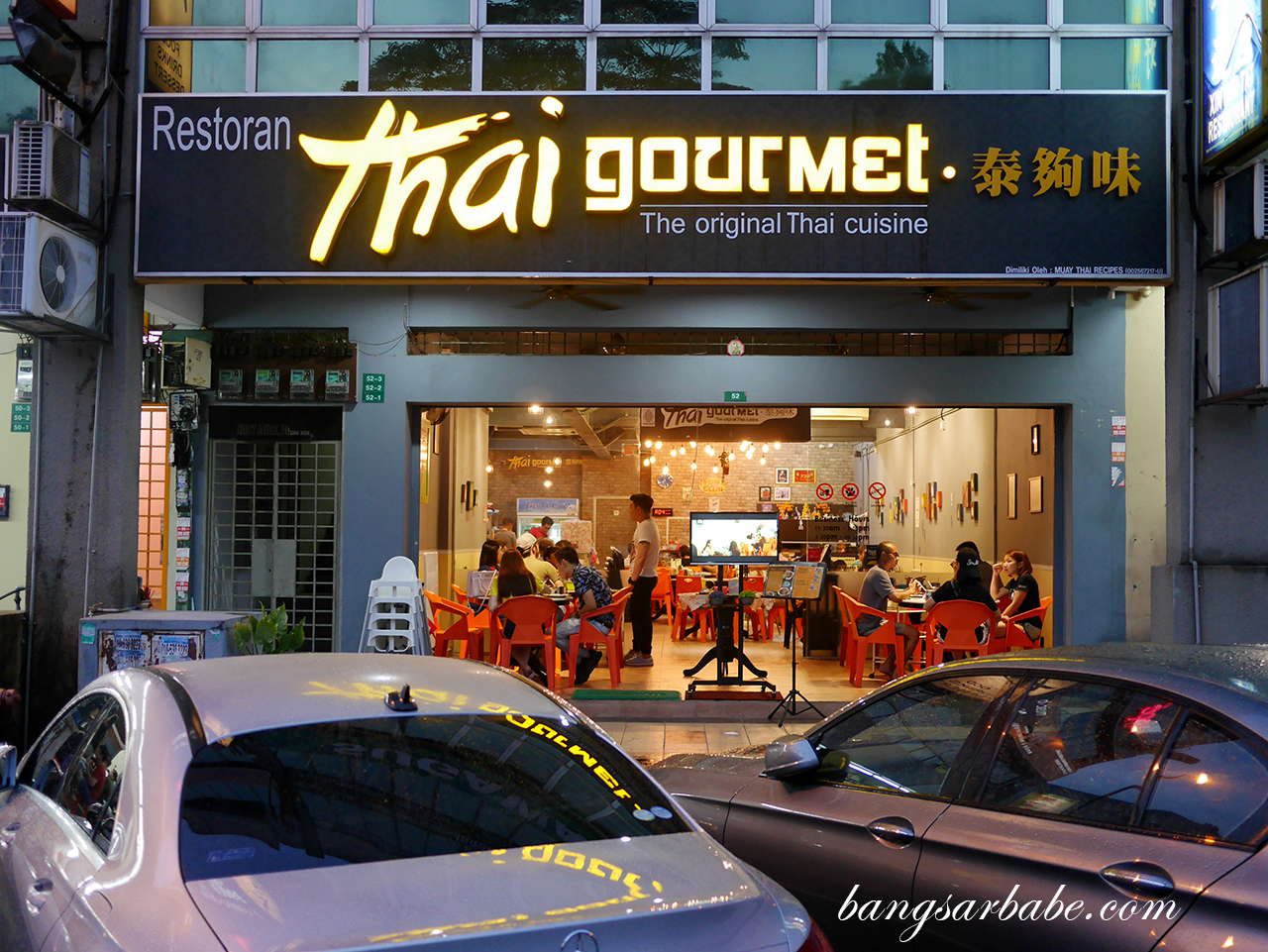