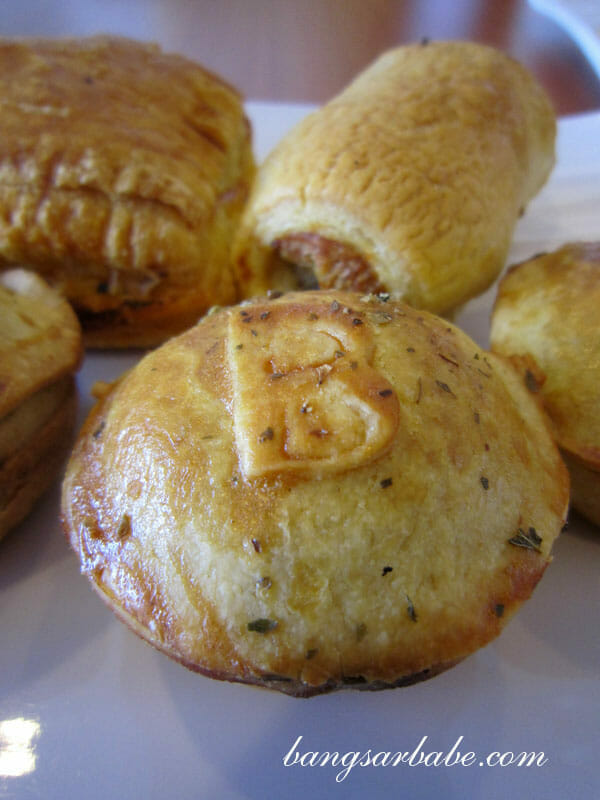 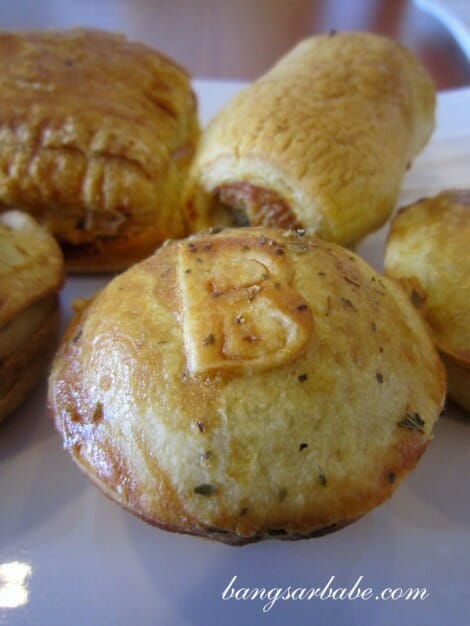 Steak pie, steak and mushroom pie, chicken pie, steak and kidney pie, shepherd’s pie – you name it, I’ve probably eaten it. Pies were relatively cheap in the UK so I ate them on a regular basis. When I came back to Malaysia, the pies were nowhere as good and prices were ridiculous. I once paid RM20 for a poorly made pie at a café in Bangsar. 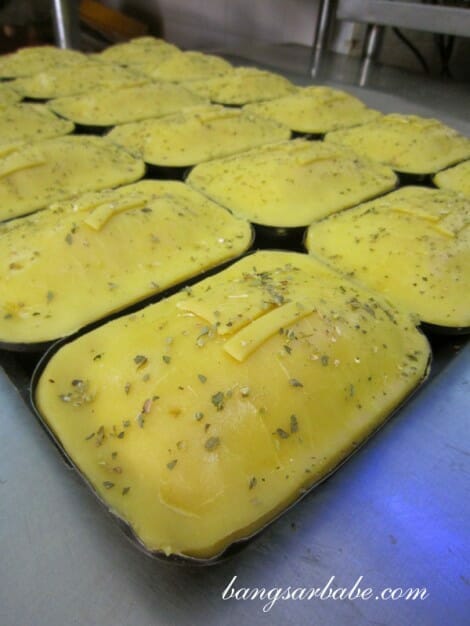 Steak & cheese pies in the making 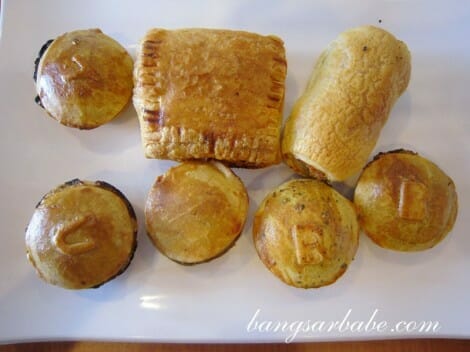 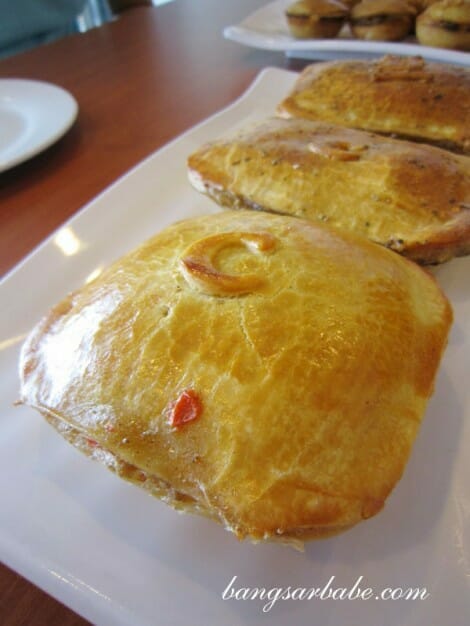 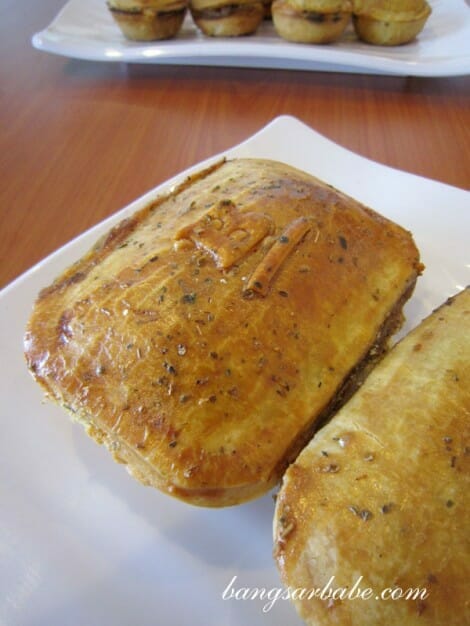 I don’t know about you, but all pies look the same from the outside, in my opinion. But the team at Mr Pieman has a pretty cute way of identifying their pies – “B” for steak, “B” for steak and cheese, “C” for chicken, “C” for chicken and mushroom, so on and so forth. Only Australian or New Zealand topside is used as the meat is of better cut. According to Thomas (the man behind Mr Pieman), cheaper cuts result in a longer cooking process and the meat will have a lot of grizzle. 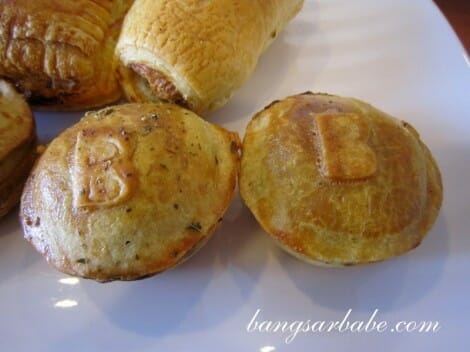 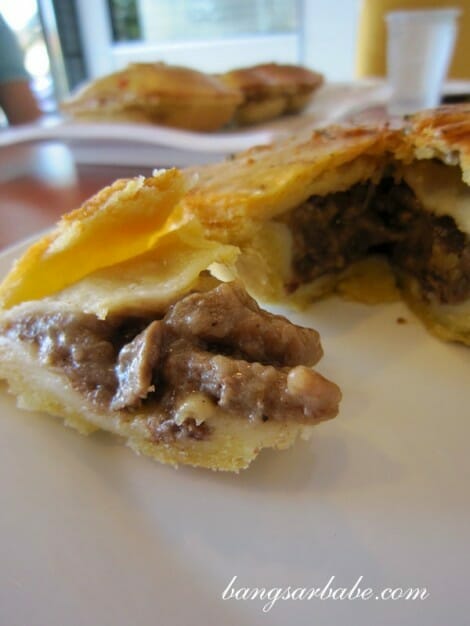 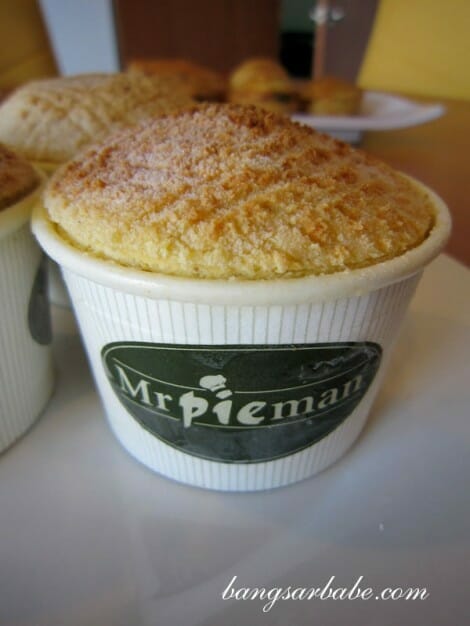 I like how they use shortcrust pastry for the pies – puff pastry makes it too light and I don’t feel satisfied after having one. Mr Pieman is certified halal and they also do baked or fried currypuff for RM1.50 a pop. I wouldn’t say the pies are cheap, but it’s value for money considering the portion and quality of ingredients used. 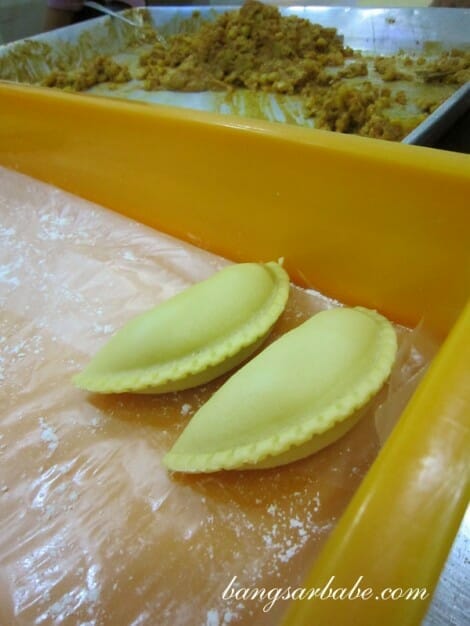 Curry puffs in the making

They also sell frozen pies, curry puffs and apple pie (8-inch and mini). Prices start from RM2 for a mini pie. Do call them for further enquiries.