I managed to coax rif into doing a meme with me! *grins* 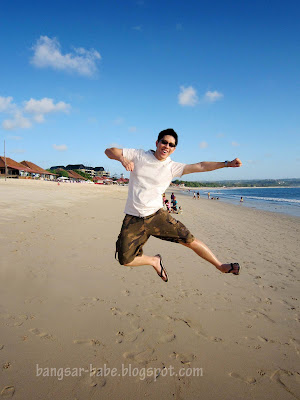 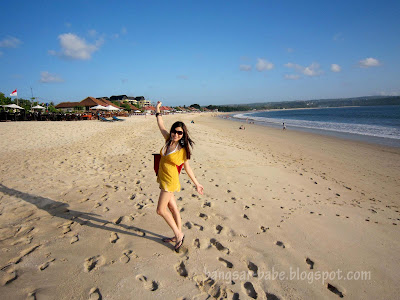 rif & I at Jimbaran, Bali

1) The first time we met and my first impression of him:
I met him in class when we were in Form 1 — he sat behind me. I didn’t realise we went to the same primary school until then!

I couldn’t stand him at all! We fought every day. 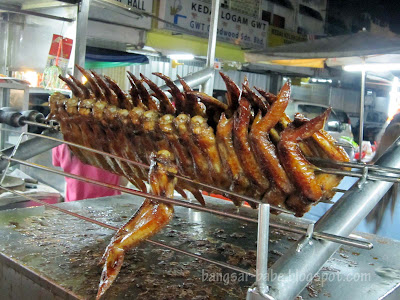 2) What’s a weird habit or quirk that he has?
He likes to eat chicken wings with a fork and knife! I have no idea how he does that. ~_~

3) What makes him angry?
Disorganised people and annoying authorities. And also when I take too long to get ready…

4) What excites him?
A new gadget.

5) Share something funny about him:
He’s scared of cockroaches. Imagine him jumping up and down to avoid that tiny little thing. Nevermind, I’ll video him doing that next time! :P

6) What’s he like at work?
Apparently he’s quite efficient at work. I don’t know how he can deal with difficult clients and office politics and still hold his cool. I would have gone bonkers!

7) Describe his room:
Small, but neat. Everything is well-organised. Even his ties are arranged in order.

8) Do his parents like you?
I get along with his parents very well. We check out new food places all the time.

9) Which shop would he spend the most time at in a shopping mall?
Gadget shops, sports shop and supermarkets. 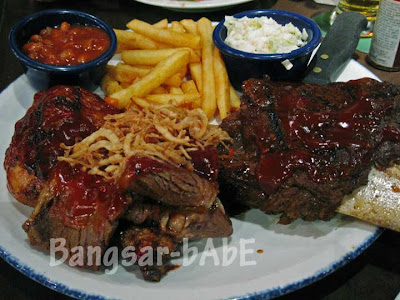 10) Where would he want to go for dinner?
Hard Rock Café or any place that serves good American food and huge portions. 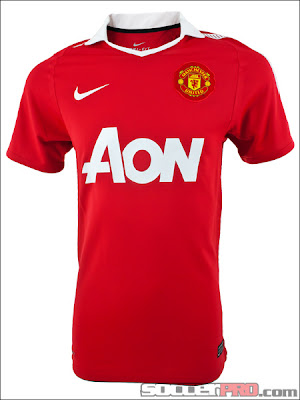 11) Which item in his wardrobe would I like to burn?
His Manchester United jerseys…

12) What is he good at?
Micro-managing. He’s also very organised and meticulous.

13) What is he totally horrible at?
Drawing. His sketches look like chicken scratchings. No wonder he never passed art!!

14) What’s something that you two fundamentally disagree on?
The way we spend our money. I like making small purchases and going for drinks at least once a week. He makes huge purchases, and doesn’t spend on anything for the next few months. I still think it adds up, but he thinks I’m wasting money.

15) What’s something that you two agree whole-heartedly on?
A yearly food trip to Penang, Ipoh and Malacca is a must. 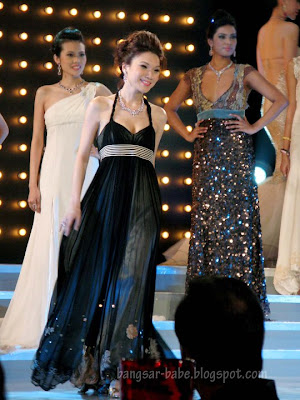 16) Is he possessive?
Yes, especially after I started joining pageants.

17) What is the coolest gift that he has ever given you?
He gives me a lot of good gifts…but the engagement ring is the best to date.

19) Describe his typical Sunday:
Wake up, watch TV, read newspaper… wait for me to get up and go out/chill in front of the TV.

20) Why would he be dangerous?
He is a fast driver. But he claims I drive faster…

21) What’s something about him that would surprise all of his/her friends?
He’s scared of heights. We were at the top of Eiffel Tower and he was clinging onto me!

22) What do you love most about him?
He loves me more than anything and anyone. He is my best friend and supporter.

23) The biggest lesson you have learnt from loving him:
Compromise and tolerance. While we have quite a few things in common, we are fundamentally the opposite of each other.

1) The first time you met and your first impression of her:
We have been in the same school since primary school but did not really cross paths till secondary school. At that time, we were in the same class. We were constantly fighting for no reason (I blame her “hormones”, hehe), but we eventually grew fond of each other.

2) What’s a weird habit or quirk that she has?
She insists on having the first bite. I keep telling her that a burger is nicest at the centre, but she still insists on eating the sides (kiasu). Also, she sleeps with her “bantal busuk”…since she was 5 or 6 years old. 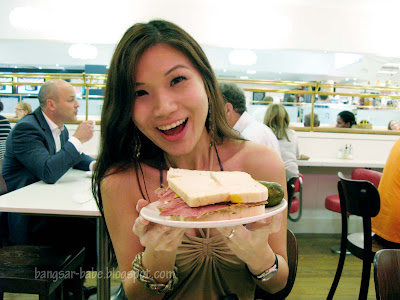 3) What makes her angry?
People who are inefficient and bad service.

4) What excites her?
Food and new shoes.

5) Tell us something funny about her…
The way she watches TV/movies. She can be laughing one minute and crying the next minute.

6) What’s she like at work?
She works well with efficient people. She doesn’t like dealing with clients, because she cannot stand delays and amendments (typical of people in the creative industry).

7) Describe her room:
Messy. If there was no maid around, I have no idea what her room will look like! The bed is for sleeping, not to keep clothes/bags…


8) Which shop would she spend the most time at in a shopping mall?
I wish I could say shoe shop or clothes shop, but that’s not the case. It’s MAKAN shop!!

9) What would she have for a typical breakfast?
She wakes up really late, so she doesn’t have time for breakfast. 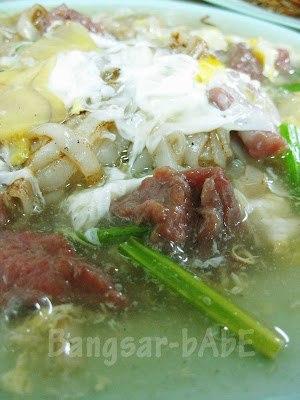 10) Where would she want to go for dinner?
Anywhere that has “wat tan hor”.

11) What item in her wardrobe would you like to burn?
Her baggy t-shirts with holes!

12) What is she good at?
She is a very determined person. Whatever she puts her mind into, she will be good at it.

13) What is she totally horrible at?
All she knows to use on the computer is the Internet and adobe. Everything else is up to me to fix.

14) What’s something that you two fundamentally disagree on?
Nothing in particular. I’m very easy going. LOL. 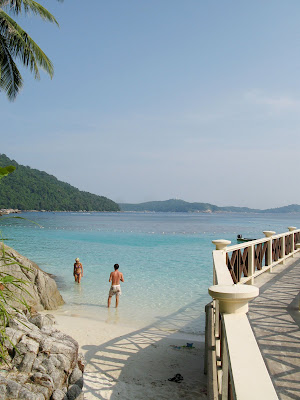 15) What’s something that you two agree whole-heartedly on?
We both love to travel and agree that a beach vacation is more ideal than a high altitude vacation (mountain).

17) What is the coolest gift that she has ever given you?
The PSP. Every guy’s dream is to receive a gadget from his loved ones. 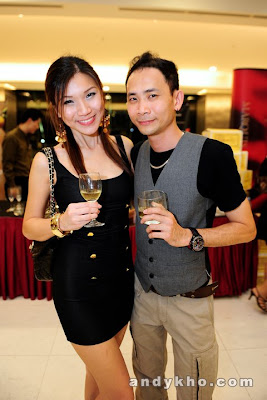 18) What does she avoid at all costs?
Wearing the same dress/shoe as someone else at events. She keeps a spare change of clothes/shoes in the car just in case!

20) Why would she be dangerous?
She can be a road bully. She once threw a 1.5 litre water bottle at a car and chased after the lady…all because she showed her the middle finger (the bottle missed the car by a few cm). 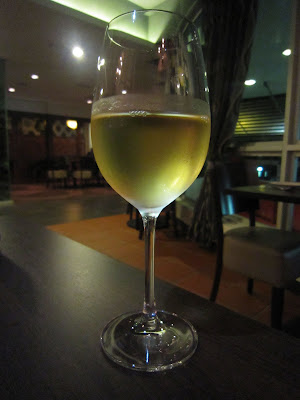 21) What’s something about him/her that would surprise all of his/her friends?
She doesn’t turn red, but she isn’t a good drinker. If I’m not around, don’t give her more than 3 glasses of wine…

22) What do you love most about her?
Everything! Minus the crankiness…

23) The biggest lesson you have learnt from loving her:
I learnt to see the bigger picture and always looking ahead no matter what happens. She has helped groom me into who I am today.