They say cats have 9 lives. I doubt that. My cat died two days ago. She was 3 years and 8 months old. An idiot ran over her outside my house, and drove off. That morning, I went to work in a hurry. I didn’t see her when I pulled out of the driveway. I came home in the evening and she wasn’t at the car porch where she would usually be. 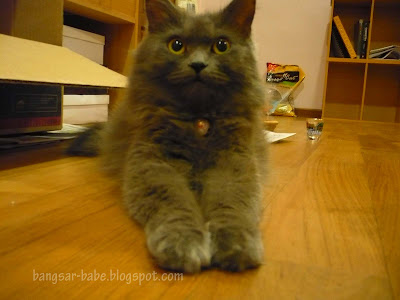 I went inside calling for her, only to be rudely surprised by the doorbell 15 minutes later. It was my distant neighbour. In her hands, was my cat, clinging on to the last 30 seconds of her life. She told me she went for her evening walk when she saw a car run over my cat outside my house. She went from house to house looking for the owner. I didn’t even dare hold her – I was in shock. My mother carried her and she breathed her last.

We took her to the vet, hoping there was a slight chance she might be alive. But he pronounced her dead. I still can’t believe she’s gone. Just the night before, she was curled up with me in bed.

To the person who ran over her: Are you blind you moron?! You could have gotten down to check if she’s alright, you lousy piece of garbage. Instead, you chose to drive off and leave her to die. I hope you rot in hell, and have many many sleepless nights. 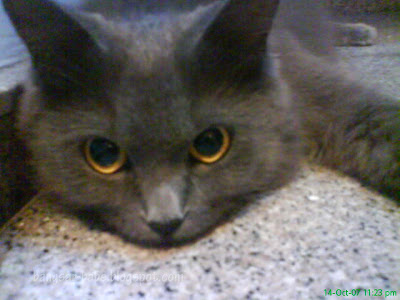 We buried her in the garden, at her favourite playing spot. Melanie (my other cat) cries all the time now. She doesn’t want to eat and she circles Adrianna’s grave every day, crying. She has no one to play with, and no one to eat with. She doesn’t even want us to pat her.

That poor cat saw Adrianna’s body when we took her back from the vet. She immediately cried. My parents and little sister are heartbroken. They are very fond of Adrianna. When I drafted this post last night, Melanie was curled up at the sofa Adrianna sleeps on, miserable. 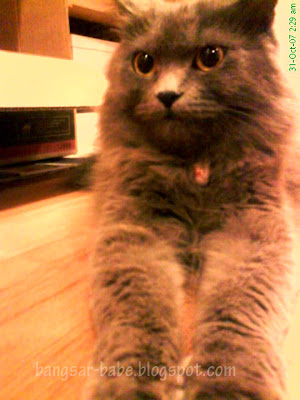