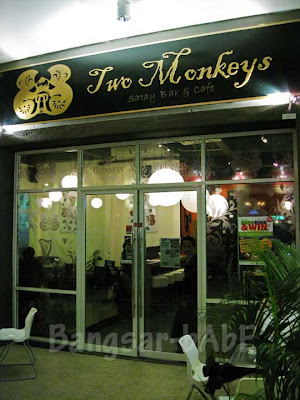 I recently met up with Malcolm for dinner at Two Monkeys Satay Bar & Cafe in Jaya One. Located opposite Brussels Beer Cafe, Two Monkeys is a “satay bar” that serves westernized satays (skewered meat). 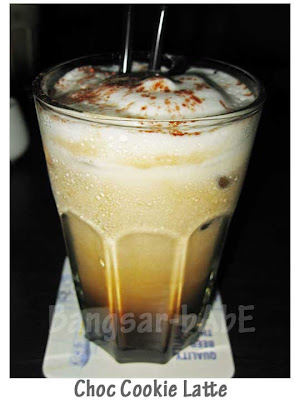 Malcolm had the Coconut Rush Latte, while I went for the Choc Cookie Latte. I found the lattes a tad too sweet, especially the former. 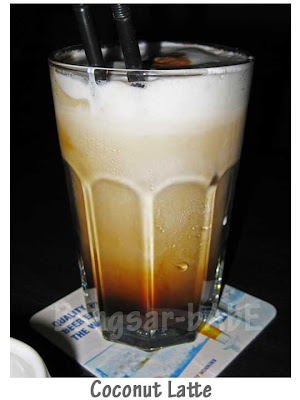 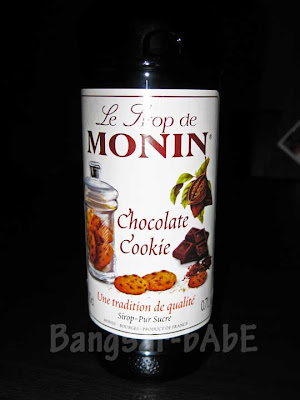 We ordered the Monkeys Special Platter and a plate of pasta to share. 10 minutes later, Aizat suggested we skip the pasta, as the platter was filling enough for two. (FYI, Aizat is the co-owner/chef and the “male monkey” in Two Monkeys) 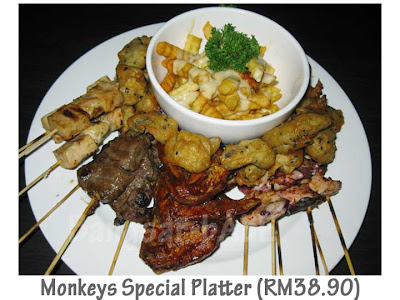 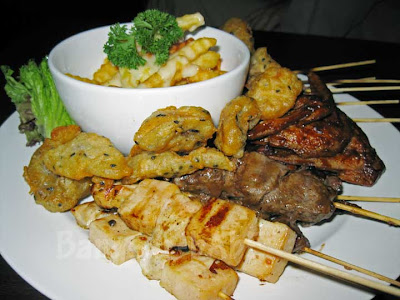 I thought the chicken wings were mediocre. Eating the wings was a messy affair as they were generously coated with BBQ sauce! Tastewise, I found the sauce a bit too sweet and the wings were on the dry side. 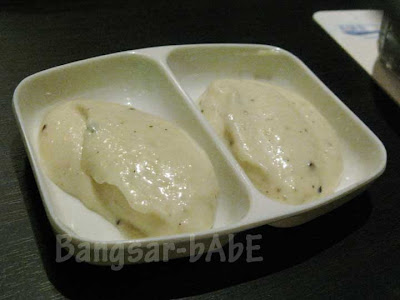 Instead of peanut sauce, we were given garlic mayo and sour cream as dipping sauce. Tangy, rich and smooth, both of us couldn’t stop dipping our fries in it! 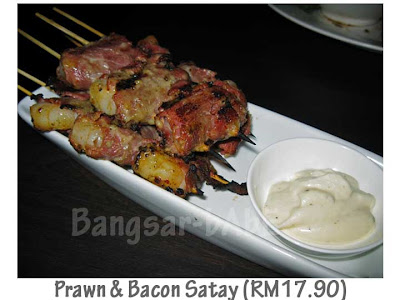 We also had the prawn & bacon satay, on the house. Thanks Aizat! The prawns were succulent (almost crunchy-like) and the bacon wrap was nice and not overly chewy. 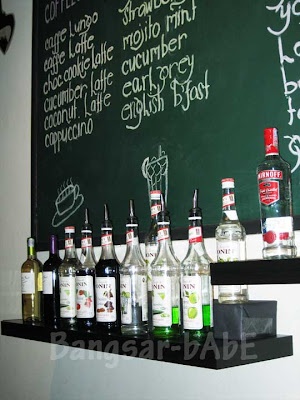 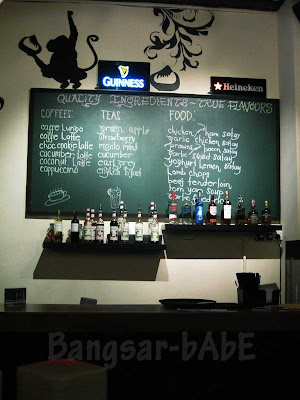 Overall, I found the food decent, with a few hits and misses. Prices are not cheap, but they don’t compromise on quality. If you want something different from the usual satay, give this place a try!