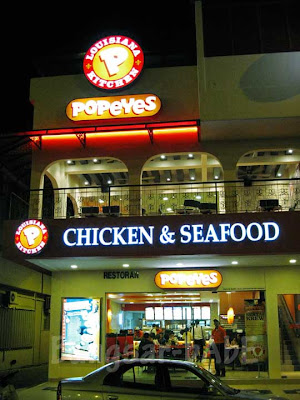 The weekend was partially spent debating about the pronunciation of P-O-P-E-Y-E-S (which rif won, dammit!). Feeling victorious, he suggested dinner at Popeyes (opposite KFC), Taman Tun Dr. Ismail. 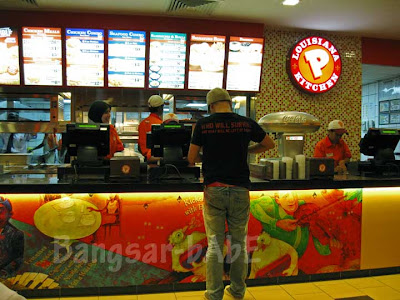 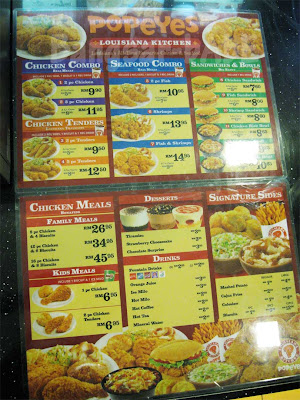 With McDonald’s lunch sets at RM5.95, I felt the pinch forking out so much for a 2-piece chicken combo (RM9.90) and 3-piece combo (RM11.95). We had no choice but to take the “original” flavour as our request for “hotnspicy” was immediately shot down with, “No more! Finish already”. I don’t see why they can’t just make more chicken, as there were quite a few people behind us. 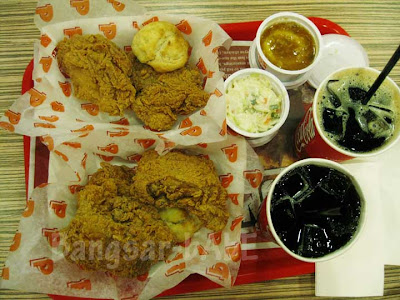 Popeyes boasts of their “cajun-style” chicken which sets them apart from KFC. While the skin was crispy, I thought the chicken tasted bland and boring. We had them LUKEWARM because the staff gave us the remaining chicken pieces on the tray. Such a letdown. 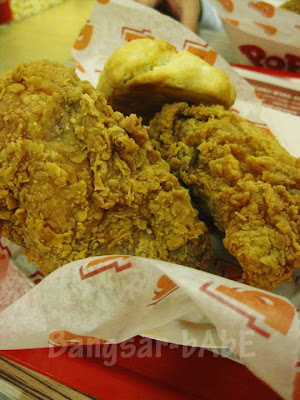 The mashed potato rocks. The gravy has bits of meat and chilies, and the mash was creamy, yet still retaining a nice, grainy texture. The addition of chopped pickles gave the coleslaw a tingly taste. It has a crunchier bite as the vegetables were not shredded to death. 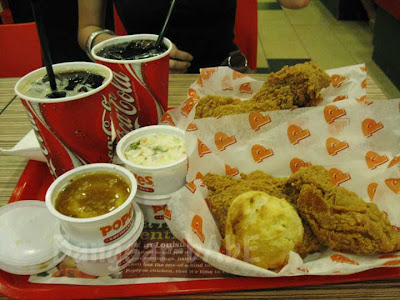 The biscuit reminds me of a cross between scone and bread. The crunchy, biscuit-y outsides revealed a soft, savoury centre which was delicious eaten with mashed potatoes. Good stuff, and best eaten while it’s hot. 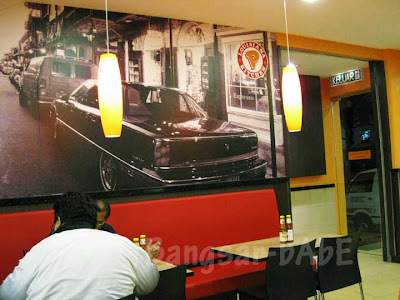 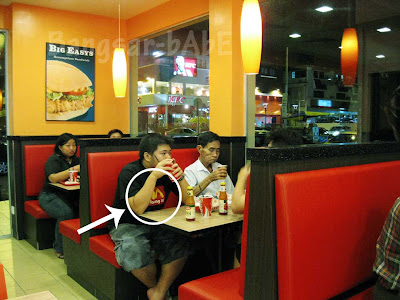 Service needs PLENTY of improvement. The staff were rude and impatient, as though they were forced to work. Popeyes is slightly more expensive than KFC, but since they don’t have 5% tax YET, it works up to about the same. 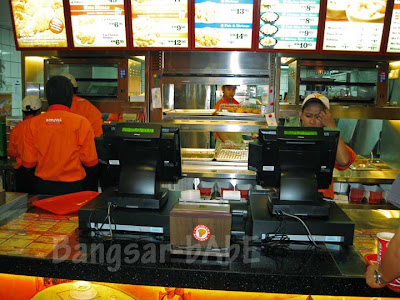