* Pardon the lack of duck pictures. These were taken long before I started a food blog.

Roast duck is one of my all-time favourite food. I simple love its fatty yet crispy skin and juicy, meaty flesh. The best roast duck I’ve had still has to be the one from Four Seasons, Bayswater. As a student, I got a 10% discount when I flash my student ID. =D 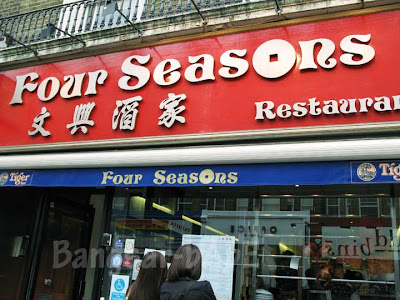 When rif went with me for my graduation ceremony, I took him to try the roast duck there. One thing I hate about Four Seasons is that they don’t take bookings, and the queue is often long.

Get past the door and you will see it is more chaotic inside than it is outside. I asked for one duck for the both of us. The waitress thought she heard wrongly. She asked if I wanted two plates of duck rice. 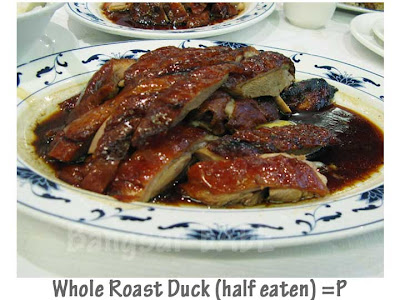 I corrected her and insisted on ONE WHOLE DUCK, and she reluctantly complied thinking I must be nuts. If memory serves me well, a whole duck costs £21, excluding the 12.5% VAT. Kinga and Ron joined us that day. I was surprised neither of them has ever eaten roast duck before. 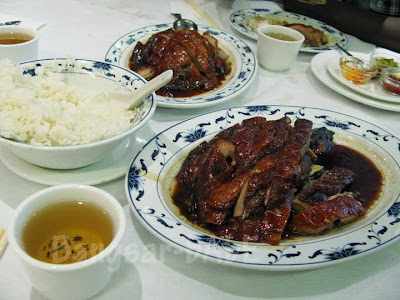 The glistening duck has just the right amount of fat and the skin so perfectly crisped. rif agrees that this was by far the best roast duck we’ve had. I find the ducks in UK much fatter – maybe that’s why the skin is so crispy and full of flavour. The meat was very tender and flavourful, and what gives this duck an edge over competitors (such as Gold Mine) is the light sweet sauce. Their chilli oil dip was kick-ass too!

Kinga and Ron ordered a plate of duck rice (£6) each, but after eating the duck, Ron quickly ordered half a duck himself! Service is generally pretty crappy. They are much to busy running around the place to bother with a smile or check if you need more tea. Doesn’t bother me, as I’m just there for the duck! 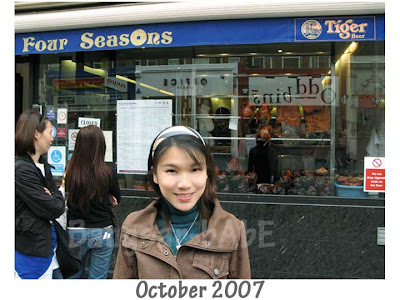 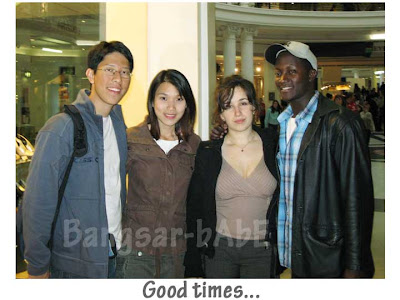 Ambiance: 6/10
Price: 6/10 (slightly more expensive than the restaurants in Chinatown)
Food: 9/10
Verdict: The BEST roast duck I’ve had by far!

*To get Bayswater, take the Tube and get off at either Queensway Station or Bayswater Station.