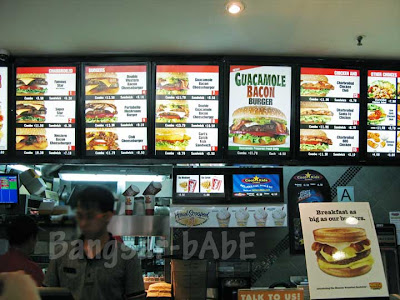 When rif and I were in Singapore, we made it a point to try Tony Roma’s and Carl’s Jr (for the pork). We went to Carl’s Jr at Far East Plaza, which was pretty packed with patrons, at 5pm. 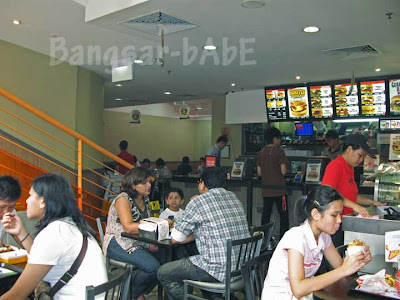 Since it was too close to dinner time, we shared a set – Guacamole Bacon Burger set. 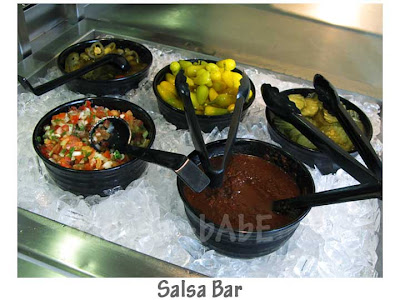 The salsa bar was better than the ones back home. Better choices and the salsa had kick! Awesome with fresh fries. 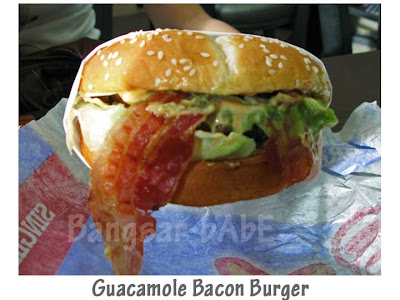 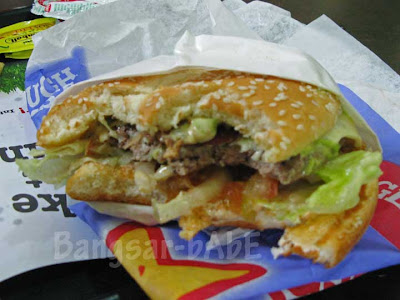 While the patty didn’t have a lovely pink center or as much juice as thicker patties do, it was tender and oozing with beefy, fatty flavour. The guacamole gave more tang to the burger, without overpowering the other ingredients. 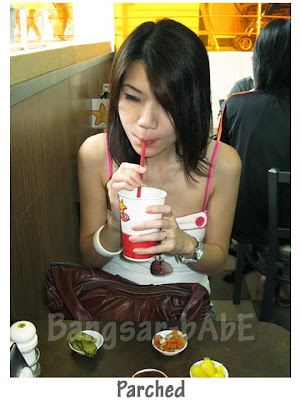