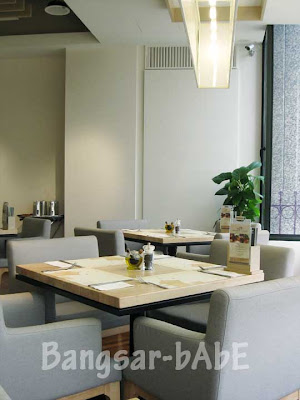 I met up with Charles and Vic at 1 Utama for lunch last week, and they asked me to decide on the lunch venue. I wanted some place cosy, so I suggested Pick n’ Brew, after hearing good reviews about the place. 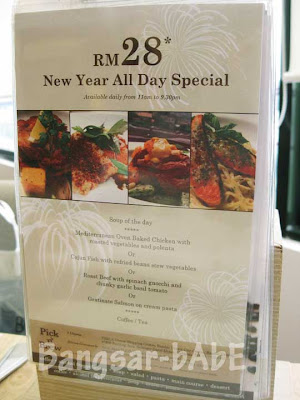 Vic and I had the lunch set which came with a soup of the day, main course and a choice of coffee or tea. The soup of the day was mushroom, and we both had the juicy roast beef with spinach gnocchi and chunky tomato sauce. Charles went ala carte and ordered the oven baked oats and crusted almond snapper & Columbia Bean in Mocha Pot. 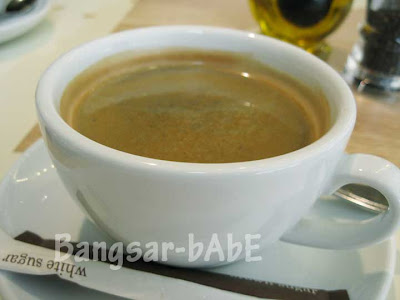 At 1pm, the place was rather empty. The waiter brought us our coffee but did not give us any bread to start. After waiting for 30mins, Charles asked them for the bread which didn’t taste so good. I thought it lacked spices and seasoning. 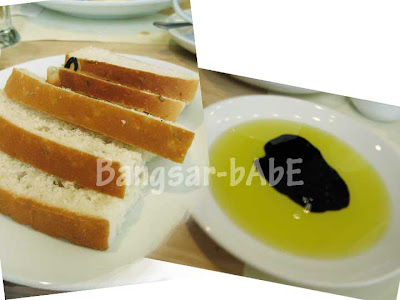 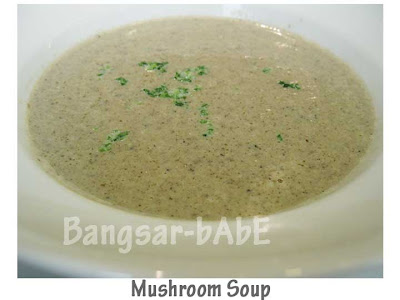 The soup was not bad. Flavourful and creamy, it was of just the right thickness and consistency. I however, prefer Cova’s chunky mushroom soup to this. 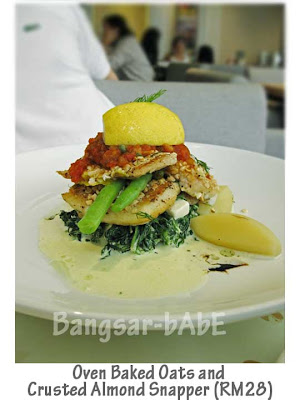 Charles’ dish tasted as good as it looked. The snapper was well-cooked, resulting in a lovely texture. Placed on top of a bed of spinach, asparagus and chunky tomato sauce, it was a delicious blend of flavours. 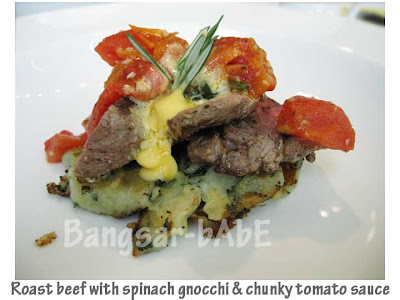 My roast beef was tender and juicy, with juices oozing from the centre. The spinach gnocchi had a good texture and was lovely with the tangy tomato chunks. My only gripe was the portion – it was about the size of my palm! 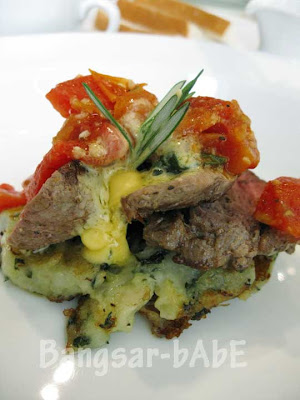 We wanted to try the Apple Crumble Cheesecake but was told that they didn’t have it in store. We ordered the Chocolate Parfait and Apple Soufflé instead to share. 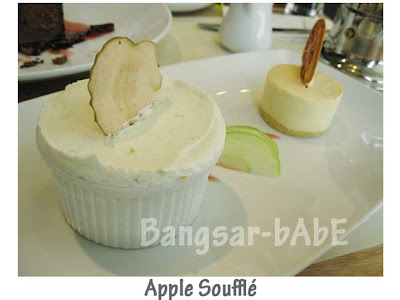 I found the desserts disappointing, especially the Apple Soufflé. It was not baked, and I liken the taste to be like creamed detergent/hand wash. Vic and Charles agreed. The other baked thing next to the soufflé was slightly better. Tasted like a cross between passion fruit and lemon cheesecake. 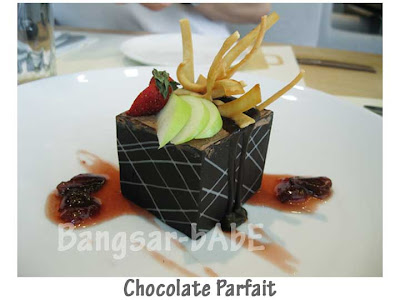 I’m accustomed to Chocolate Parfaits in a glass cup, but this came in a “cake-like” form. Tastewise, we found this average. We didn’t finish our desserts.

All in, we thought the mains were pretty good but the desserts did not live up to our expectations. Service was not up to par, and I thought the waiters were not well-trained. Don’t know how much the bill came up to, as Charles paid for it when he “went to the toilet”. o_0 Thanks for lunch Charles!